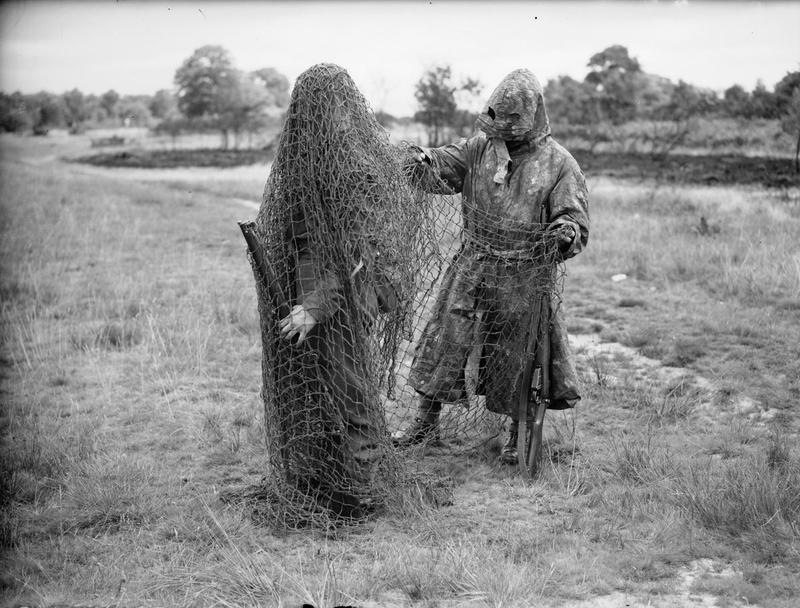 The woods are silent. A stag enters the clearing, eyes alert, but seeing no signs of danger. He begins to nibble a nearby bush. Nearly invisible, a ghillie appears as if magic and jumps on the stag, securing the prize for his lord’s upcoming hunt.

Seriously, there’s a man jumping on a deer. While today ghillie suits evoke snipers and Bigfoot-esque camo outfits, their roots stretch back to the Scottish Highlands and centuries of hunting protocol — including rounding up deer for the gentry.

Ghillie comes from the Scottish Gaelic gille, "servant" or "lad,” dating back to the 16th century. A ghillie would perform a variety of functions around an estate including wildlife management, poacher prevention, and hunt assistance. Ghillies were (and remain today) an essential component of deer stalking, particularly celebrated in the 1800s for their acumen. These Victorian-era ghillies would camouflage themselves from both wildlife and poachers with a kind of wearable, portable blind known as a ghillie suit, breaking up the body’s outline and making the wearer virtually indistinguishable from the Scottish Highland foliage around them.

These early ghillie suits consisted of “a very loose hooded sacking or burlap jacket and trousers,” with randomly attached strips of green, brown and black cloth sewn on to blur the wearer’s outline, according to Martin Pegler in Out of Nowhere: A history of the military sniper, from the Sharpshooter to Afghanistan.  The ghillies also added grass, bracken and other natural vegetation from the land around them, further blending in to their environment.

Skilled experts who could shoot, stalk and ride with ease over rough terrain, ghillies had all the makings of excellent soldiers. The ghillie suit made its way out of Scotland during the Second Boer War (1899-1902) via the Lovat Scouts (or Lovat’s Scouts), a unit of 200 Scottish sharpshooters whose unique camouflage was key to their success. Modifying their suits with burlap strips and local vegetation, the Lovat Scouts were legendary snipers, scouts and intelligence-gatherers attached to the Black Watch while in South Africa. Contemporary accounts of the Boer War, such as Richard Danes’ 1901 Cassell’s History of the Boer War, 1899-1901, praise the ghillies’ skill and bravery in the South African mountains as they took on tasks that “looked totally impracticable,” climbing “cliff-like hills” with ease.

Ghillie suits are personalized pieces and require skill to create. A sniper robe, a long poncho-type garment covered in foliage, provided an alternative for soldiers in wartime. World War I and World War II also saw snipers using modified versions of ghillie suits for protection, such as this World War I sniper’s robe from the British Army.  Other innovations included using mesh scrims from artillery dumps or netting, both of which would keep soldiers cool. 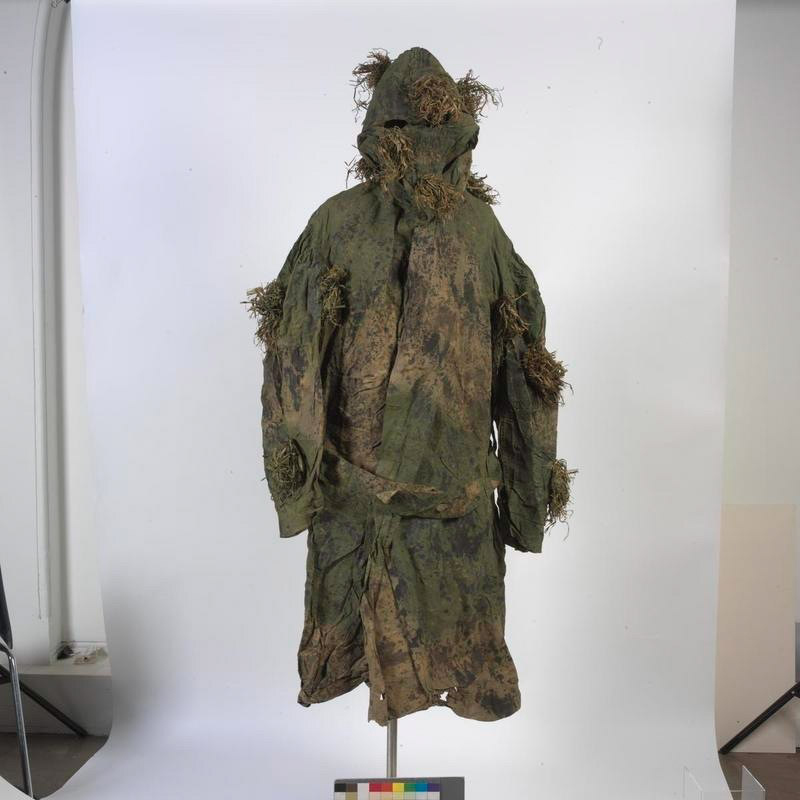 Today, ghillie suits are used  by both military snipers and hunters. Snipers also make ghillie suits for their weapons, causing the straight lines of the barrel to virtually disappear. A hunter wearing a full ghillie suit looks like a dangerous shrubbery, which also explains how false Bigfoot sightings have been made after seeing a hunter in one. As with the original Scottish creations, the key to ghillie suits remains adapting to the local terrain for optimum invisibility.

Want to know how to create your own ghillie suit for your next hunt? Check out our best of the best ghillie suit guide.