You don't have to ask me twice!

Growing up, I would often listen to my uncle, Todd Sholly (co-founder of Red Rock Precision), tell stories of an “incredible place” where he would hunt for mule deer each year. Being an avid hunter myself, I was always left wondering about this place and why it was so amazing. After years of painting pictures in my mind of what I imagined this place to be, I finally got the call. My uncle invited me to Wyoming to film his hunt. He did not have to ask me twice! I could not wait.

I spent months planning, purchasing gear and training for the physically and mentally straining experience I knew was ahead of me. 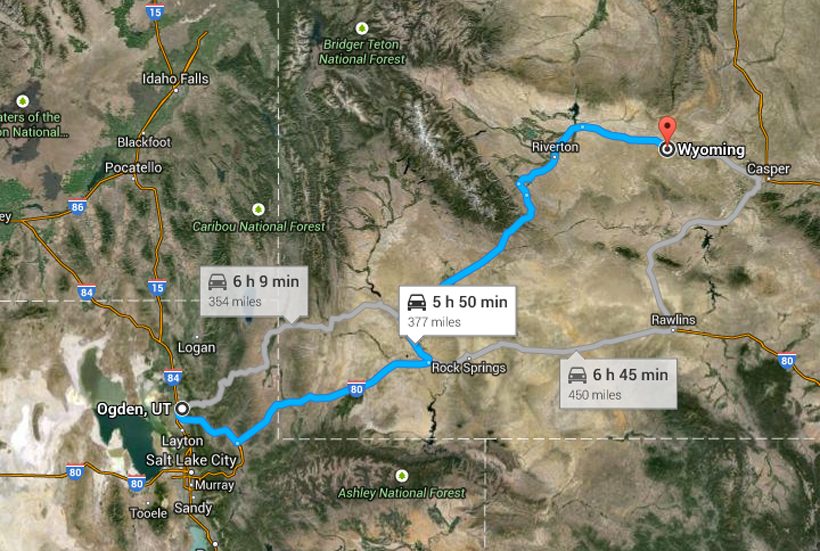 The time finally came. On a September afternoon in Ogden, Utah, my uncle, my cousin and myself packed up the truck, loaded the llamas in the trailer and began our journey to Wyoming. We arrived at dark, and with the opening day of the rifle hunt still two days away, we decided to sleep in the truck and begin the trek to camp first thing in the morning. 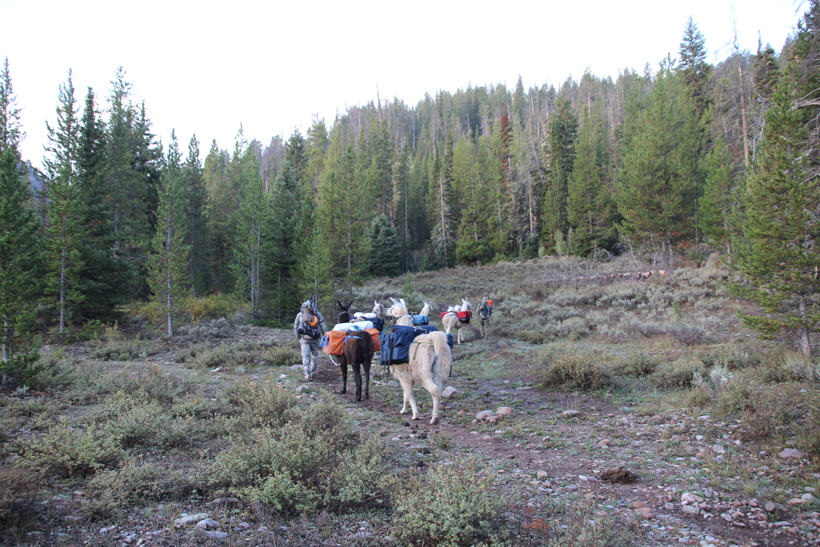 At dawn, we loaded down the llamas and began our 12-mile hike into the backcountry. Up until that point, most of my hunting experiences came from the small mountains and hills near my childhood home, or weekend hunting with friends and family. I had no comprehension of the adventure that awaited me. 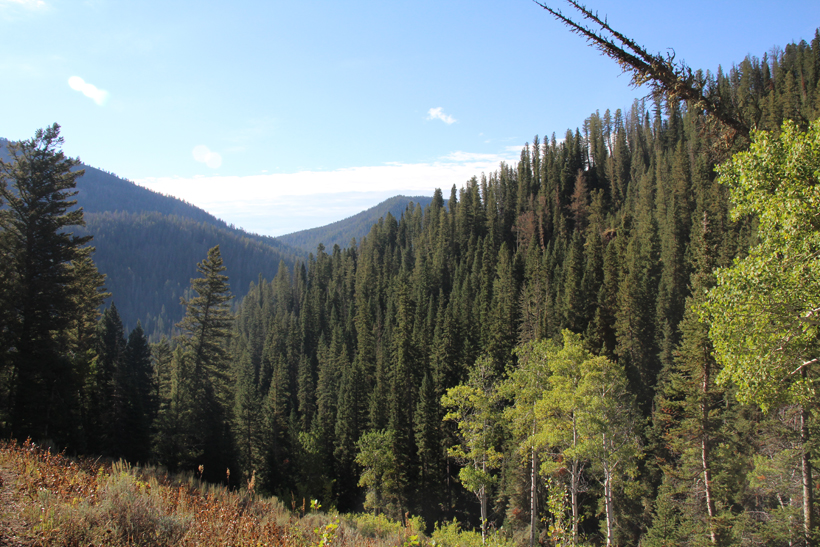 I was immediately struck by the sheer beauty of this place and I couldn’t wait to keep going. A few hours, miles and 4,000 vertical feet later, we made it to camp. I already felt a sense of accomplishment and we had only begun. 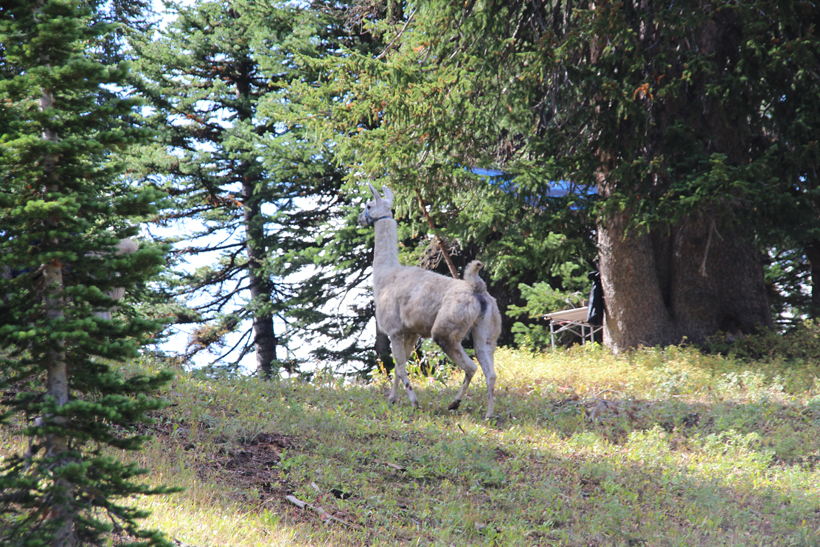 As we got into camp at 10,000 feet, we hoped and prayed Mushi the llama hadn’t been eaten by a bear and shockingly enough, he was waiting for us when we got back. We unpacked the llamas, set up camp and made our way to the nearby fresh spring to hydrate before the 1,000-foot ascent to our scouting point. 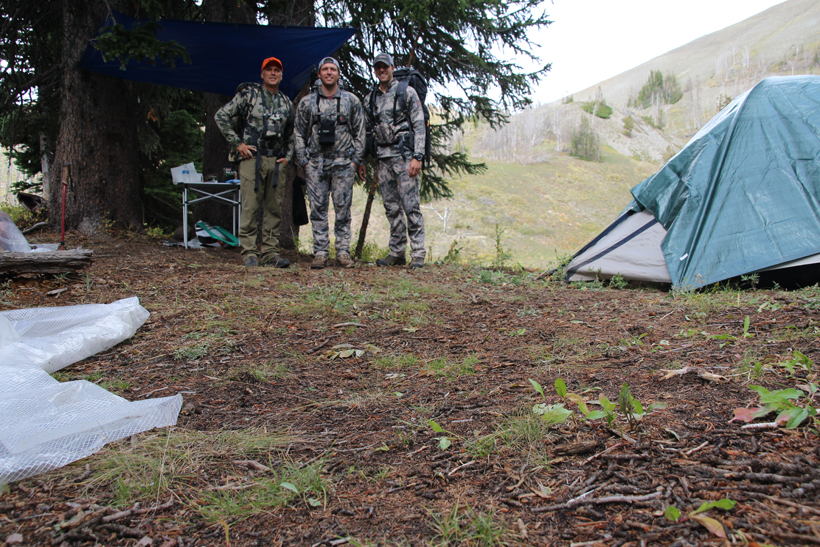 As dark clouds rolled in, we made sure to seal everything before leaving, and then we were off, hoping to get some quick scouting in before the nasty weather reached us. While hiking up the last 200 yards of loose rock, weather was the last thing on my mind. All I could think about was finding a giant mule deer on my spotting scope. 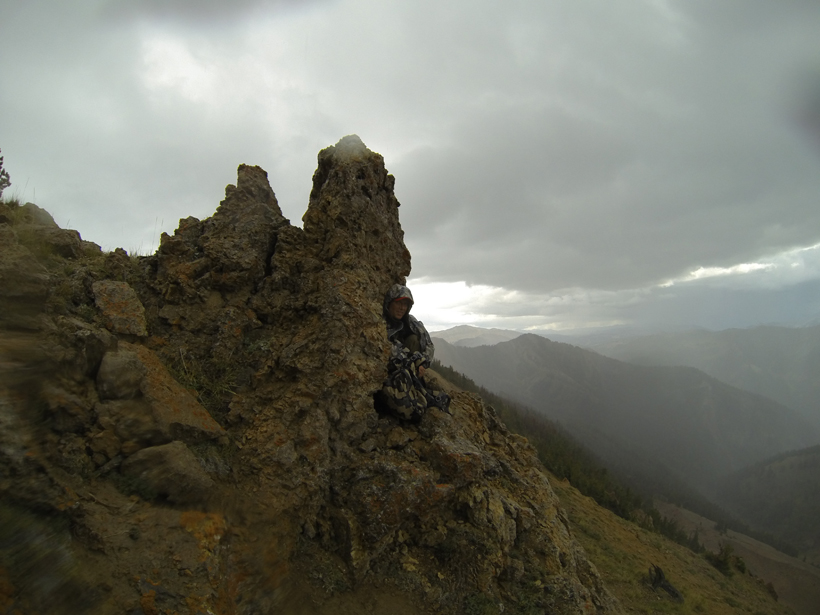 We spent about 5 minutes behind glass before the storm was right on top of us. We had no choice but to take cover, so we each hunkered into what shelter we could find. There was not much to choose from. 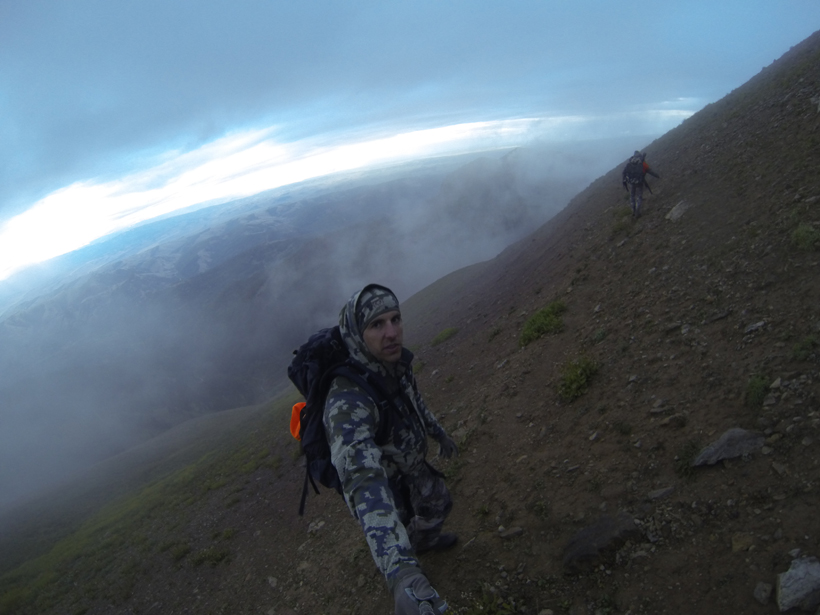 I quickly learned the importance of good, light and high-quality gear and was grateful I had it to keep me warm and dry. 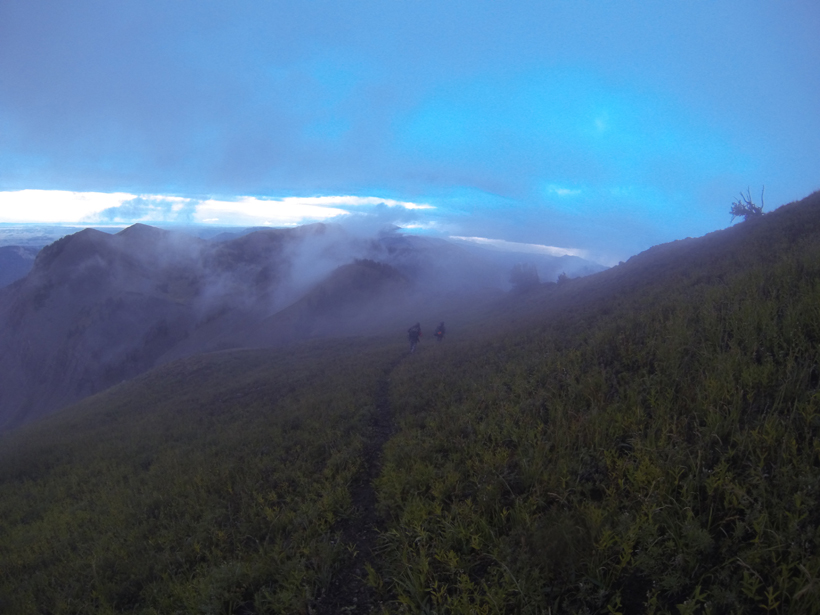 Once the storm moved through, we had a couple hours of daylight left so we made our way back to camp. 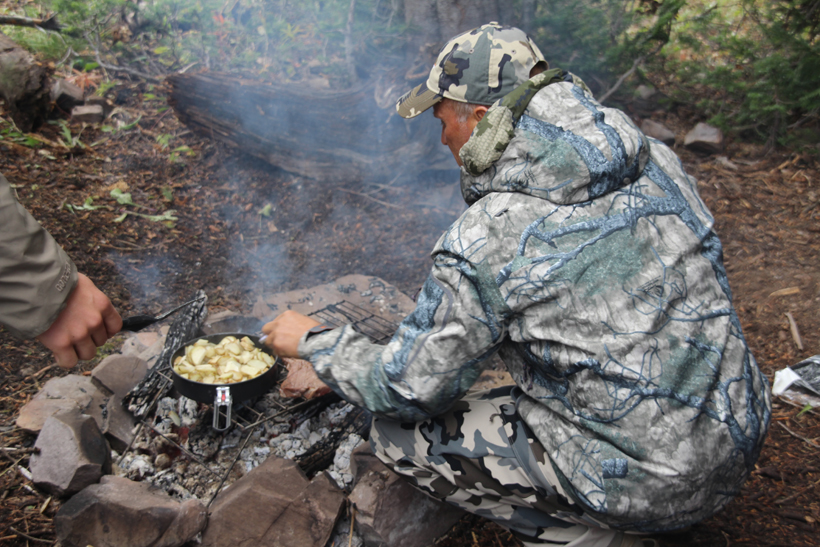 With one day left before the deer hunt opened, we spent most of the next day near camp trying to stay out of the 24-hour-long rain storm and preserve energy for the long day ahead of us. 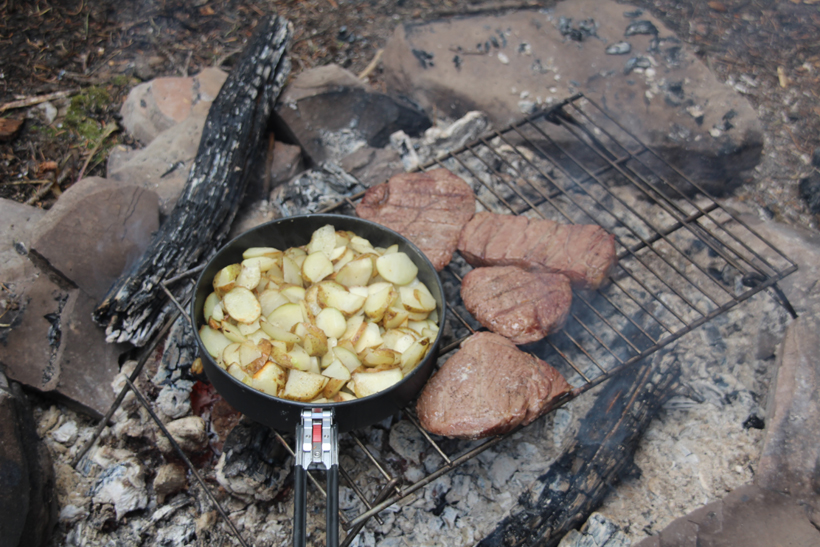 One of the many advantages of hunting with llamas is being able to pack a lot more supplies into the backcountry, including steak and potatoes. 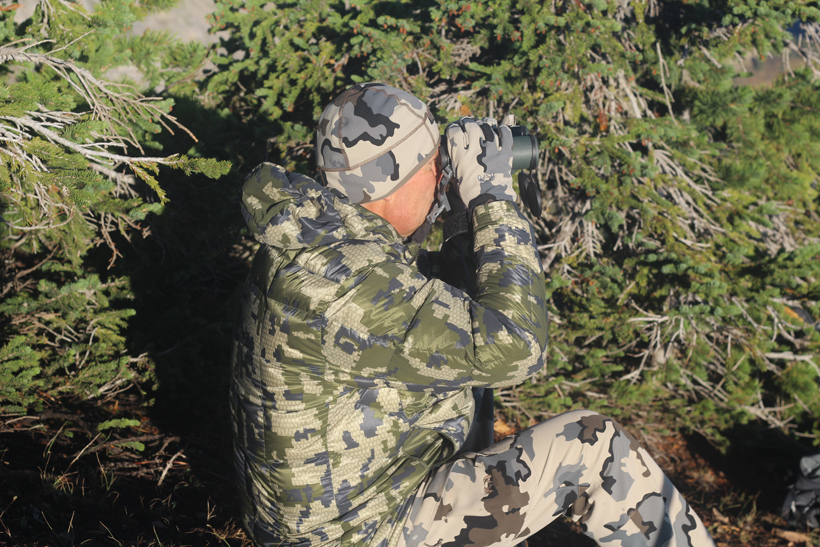 On opening day, we were up first thing in the morning and immediately made our way through the dark to the vantage point in hopes of finding a shooter buck. 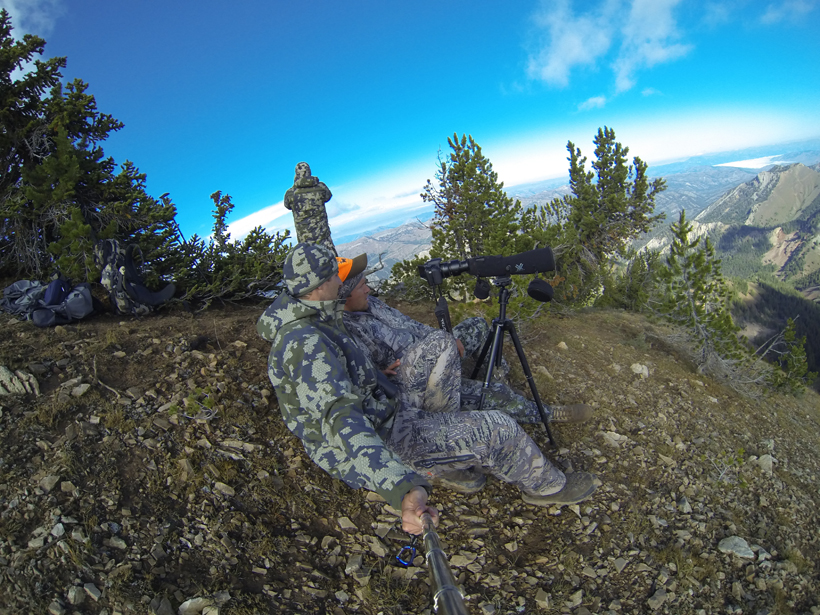 It was a windy, but beautiful morning. We were able to spot and film a couple nice bucks, but not exactly what my uncle was looking for. 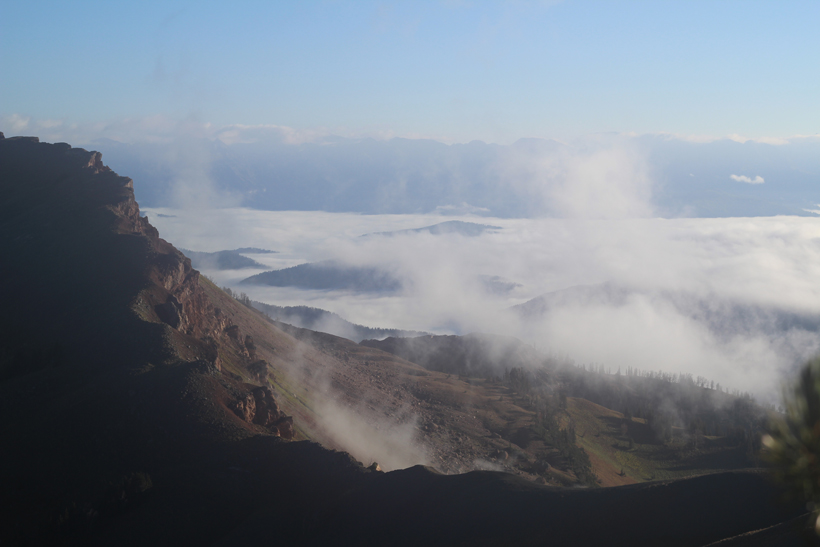 As we spent a couple hours glassing in this area, I couldn’t help but soak in the incredible scenery around me. 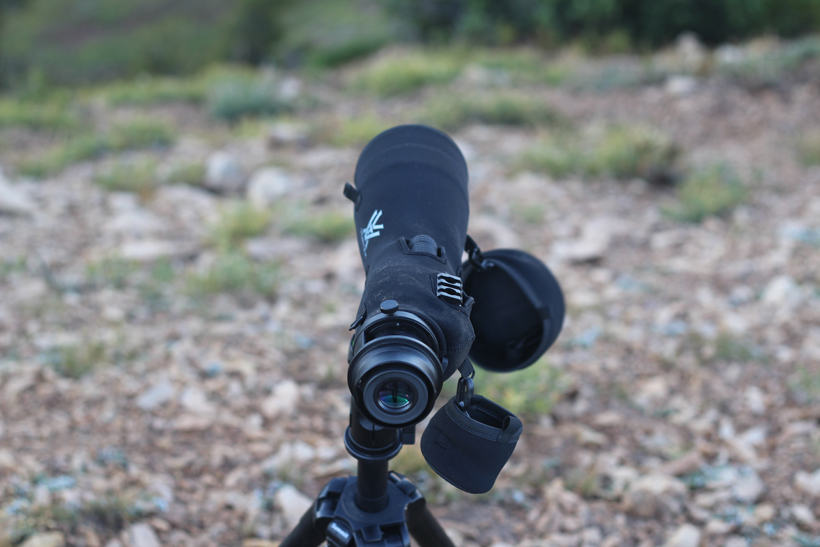 After spotting a few more decent, but undesirable bucks, we decided to move and check-out a promising canyon a couple miles below us. 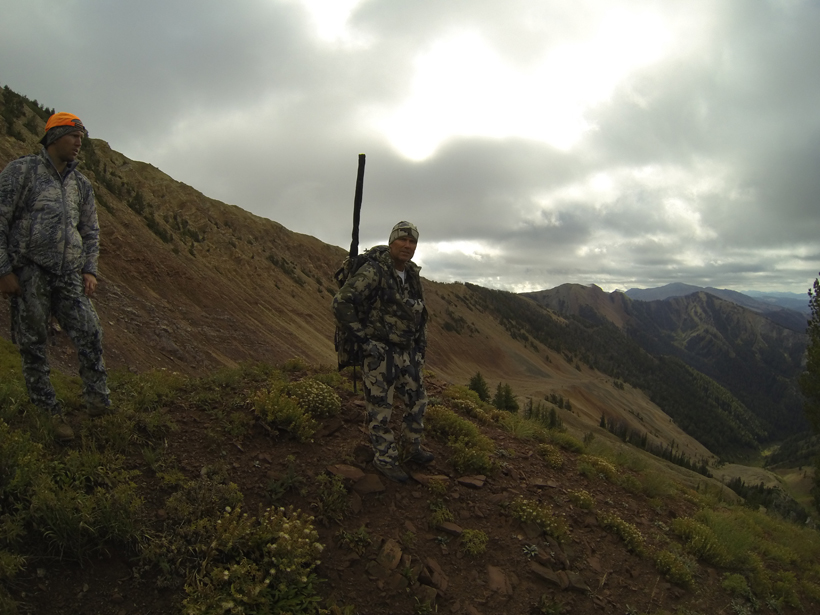 When my uncle pointed to where we were going, I laughed in disbelief, but as I watched him lead the way down what I would call a cliff, my laugh quickly became a quiet and somewhat-nervous chuckle. Nevertheless, I trusted him and followed suit. In that moment, I realized the passion my uncle has for hunting and the lengths he will go to in order to find “the one.” 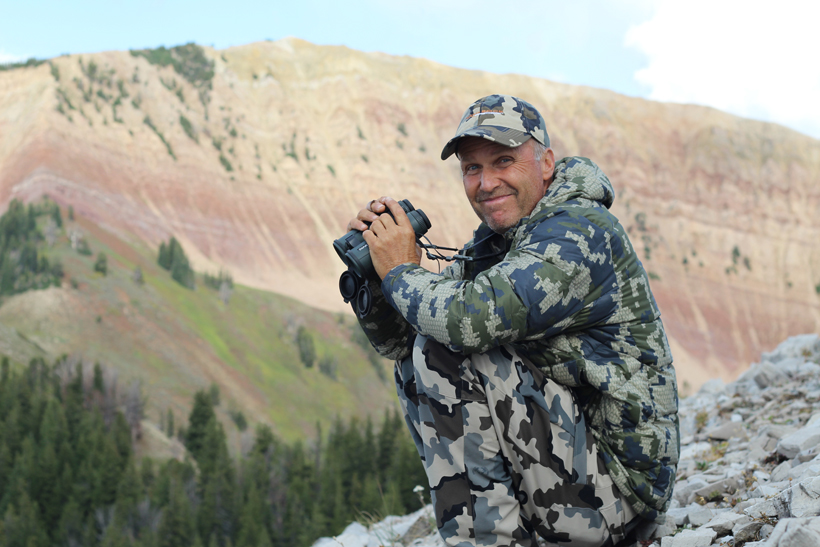 When we reached the canyon, we began glassing again. 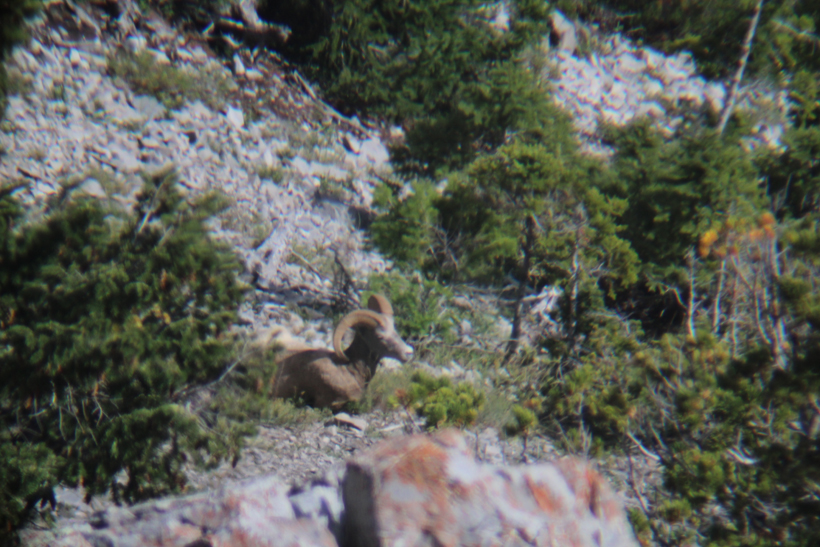 We spent the rest of the day searching for a heartstopper, but had little luck. We did however, see some other cool wildlife in the process. 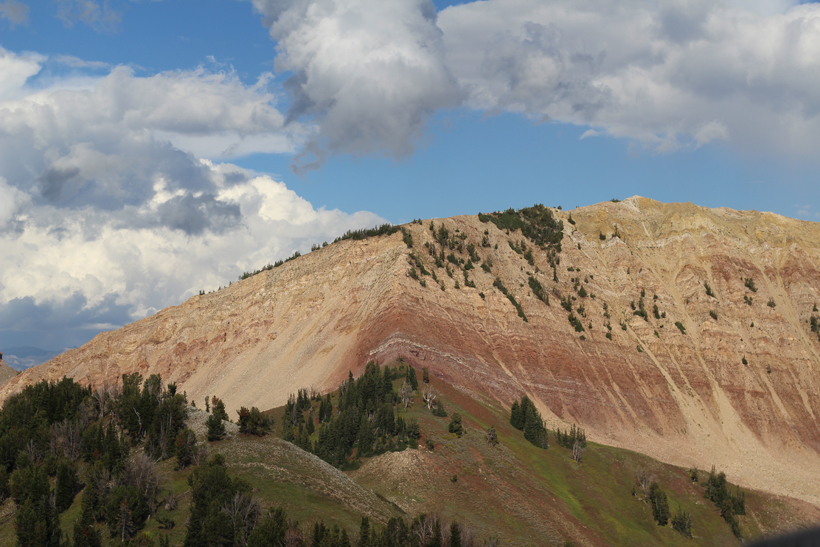 We were losing daylight fast as we wrapped up day one, and we still had a long way to go until we were back at camp. There was no doubt we would be hiking in the dark with headlamps and climbing back up the spine we had originally come down earlier in the day seemed too dangerous. Considering this, we hiked to the base of the mountain and side hilled most the way back. Of course, as we began our crossing, two very impressive bucks jumped up in front of us just after shooting hours. Sometimes, that is just how it goes. 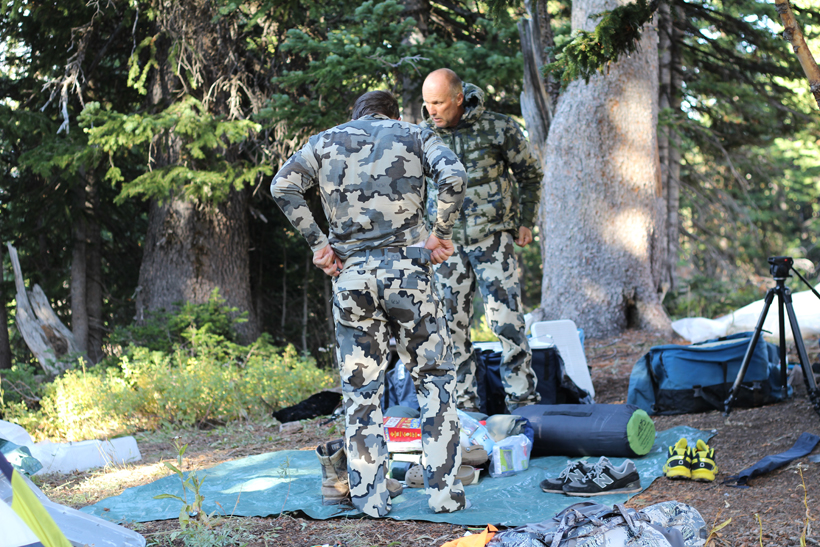 With an unsuccessful first day, we were as motivated as ever for what day two had in store, however we knew that we could not stick around to experience it. With obligations back home, we made a group decision to pack up and leave with the hope of returning in a few weeks for the last few days of the rifle hunt. It was a sad day to say the least. 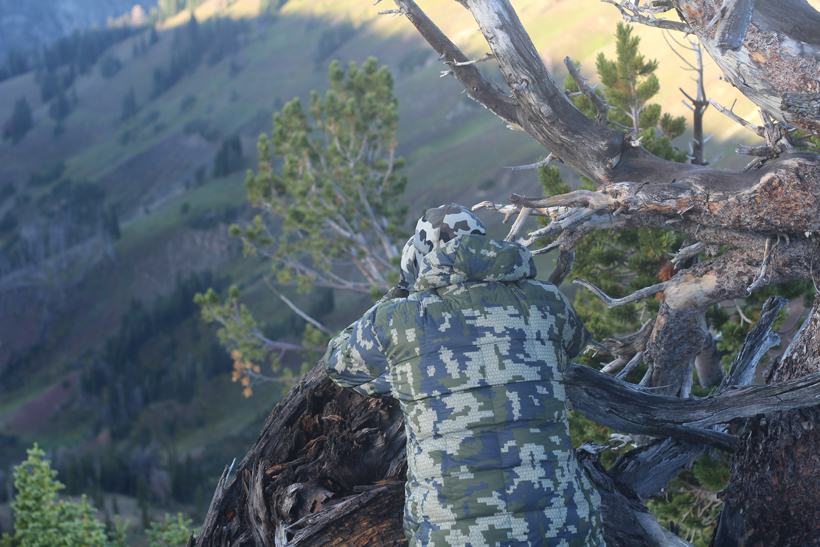 Todd was back again two weeks later. Unfortunately, I was not able to tag along on this one. He and his Red Rock Precision business partner, Curt Pilcher, loaded up the llamas once again and headed back into the high-country of Wyoming in pursuit of a worthwhile buck. 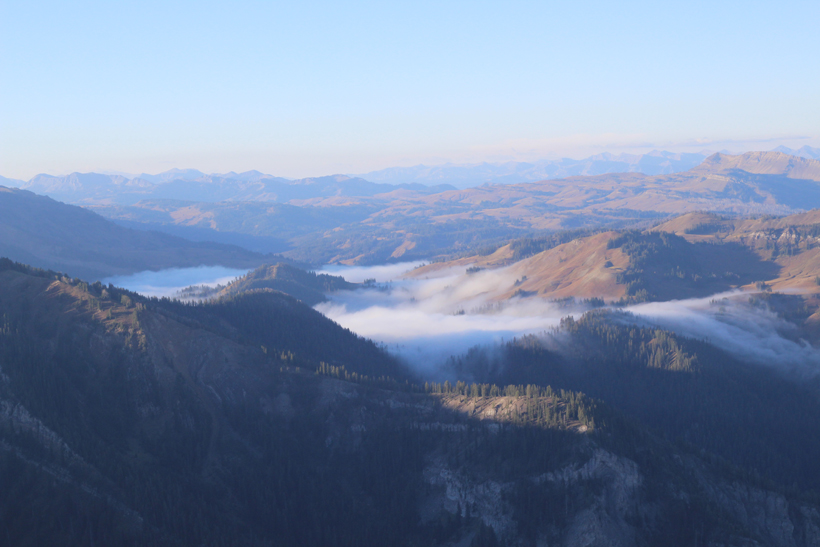 This time, it was different. After countless hours searching this season, they finally found him! The type of buck my uncle used to tell me about growing up. There he was, over 1,000 yards away feeding on a side hill. My uncle knew he wanted to take him as soon as he laid eyes on the mature warrior, so he quickly set up to take the long-range shot. 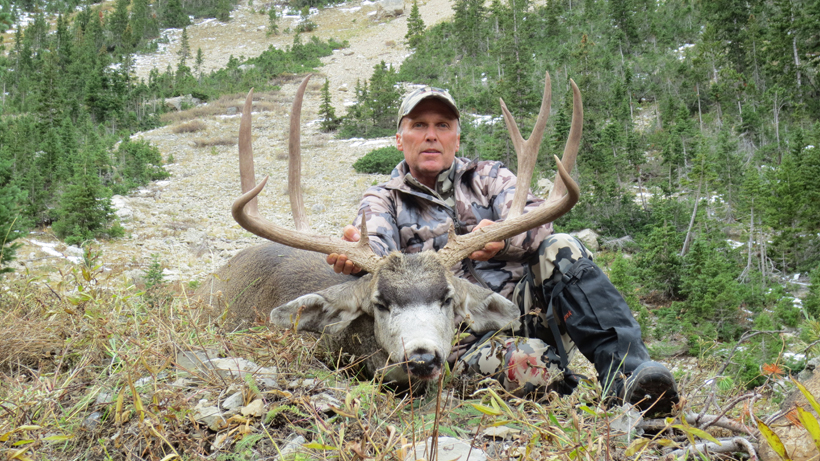 After getting a solid rest, acquiring a range and adjusting the turret; with a slight exhale, Todd slowly squeezed the trigger from 1,235 yards away. His vapor trail led directly to the front shoulder of this giant mule deer and at last, he had put him down. Words cannot describe how ecstatic I was to receive the text with a picture of this amazing animal. Having shared the first few days of the hunt with my uncle, I knew the immense amount of hard work he had put in during the off-season in preparation for this very moment and I could not have been happier for him.

At last, I finally got to experience the “incredible place” I had heard so much about as a child. It was everything I had imagined and I am forever grateful to Todd for letting me tag along. From the day I left those beautiful mountains until now, the thought of returning has been in my sights and when that time comes, I can only hope the rifle will be in my hands.