What OTC elk dreams are made of 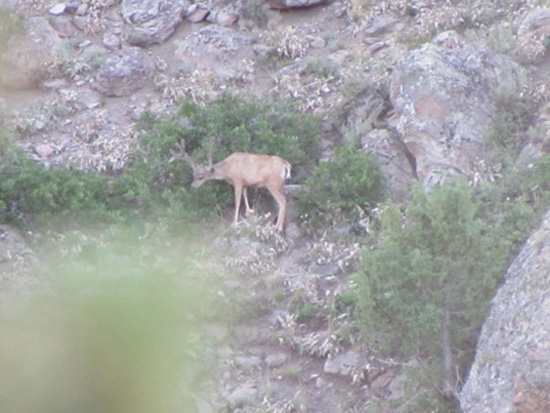 The 2014 hunting season got off to a pretty slow start for me. The Utah draw results were released and I was happy to get a dedicated hunter general deer tag and did not draw a Limited Entry elk tag again, but thats nothing new. As I began scouting and preparing for the year I was 100% focused on deer. We set up trail cams, hauled water and gear and got ready to chase big bucks. 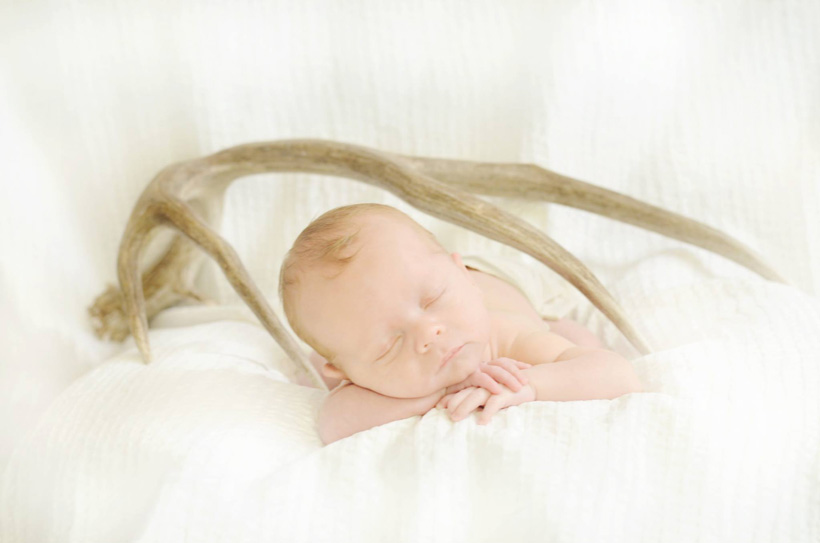 Three days before the opening day of the archery deer hunt, my first son decided to make an early appearance. It was a surprise because he was not due for another few weeks so I ended up spending most of the bowhunt with my new baby.

After a rainy muzzleloader hunt that ended with me missing a great buck, I was pretty frustrated. I decided to buy a general over-the-counter (OTC) elk tag and try my luck. I love the OTC bull tags for a lot of reasons. While it is always a tough hunt, it can be one of the best hunts of the year because it is a chance to not be quite so serious. During these hunts, it is a chance to ride around the mountain and hang out with my best friends and family. Don’t get me wrong, we hunt it hard — and have taken quite a few bulls over the years — but it is also more relaxed than most hunts. 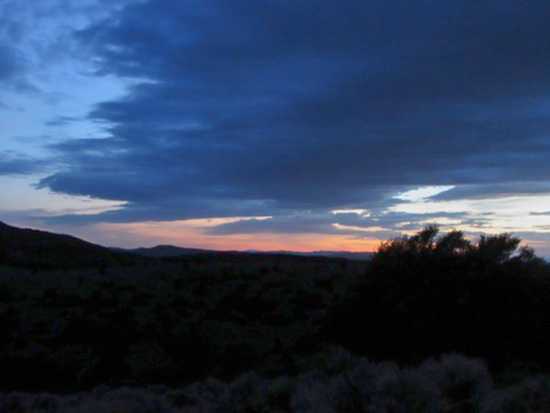 We decided to head to the mountain and camp for the weekend. My dad, brother and brother-in-law and some friends set up wall tents and trailers in one of our favorite areas. By the time I got up there, it was late and the night before the opener. Morning came fast. We got up at first light and made the usual hike to a look out to glass. The elk never made an appearance that morning. I did see was a sea of orange dots on every ridge;there are always tons of hunters on opening morning and it can really make the elk shy.

We headed back to camp for a nap and some food. We rode around a little and made plans for the afternoon. A little later in the day, I asked my brother-in-law to drive me up the road and drop me off at a little spot I like to hunt. We drove up the road and decided to try a different place. He dropped me off and I headed off into the steep canyon. The year before I had found a really good buck in the area and had not been able to seal the deal. I had gotten within 40 yards of the bull, but could not shoot because of the thick timber. I hoped I could turn him up again.

It took me about an hour walking downhill to get where I wanted to be. I found the series of small meadows the elk had frequented in years prior. In the second meadow i found a large bull track and several cow tracks They looked fresh and I immediately smelled the musty smell of elk.

The tracks were easy to follow in the soft dirt and they led into the same timber patch where I had discovered the big bull the year before. The wind was in my favor and blowing hard enough to give a little sound cover as I slowly moved into the trees after them. After tracking them about 200 yards I came out onto a more open hillside. The sun caught something in the trail in front of me. It took a second, but I could make out the tan rump of an elk laying about 40 yards in front of me. I could not see the head but the body looked big.

As I took a few steps closer to get a better angle, the elk turned his head and my heart leapt. Not only was it a bull but it was a good one! I knew instantly he was a shooter, especially on an open bull unit. Directly in front of me was a downed tree with a large split branch making the perfect dead rest. I looked through the scope, found the bull’s neck and pulled the trigger. 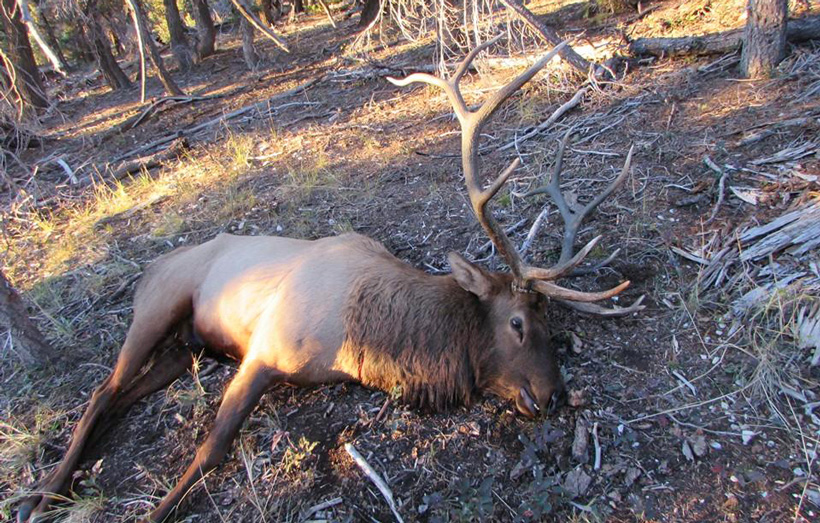 Elk exploded all around me. There were about fifteen cows and calves bedded above and below me that I had not seen. The bull was dead before he had time to think. He tipped his head over on the ground and it was done. 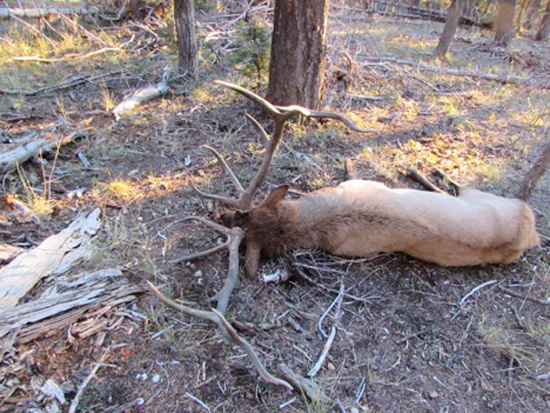 As I walked toward him, it appeared that he was getting bigger and bigger. I said to myself that he had to be 320”. He was wide, had long beams and a great back end. 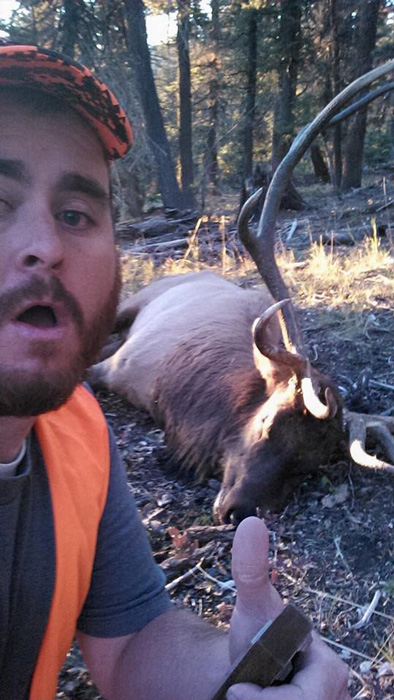 Since I was all alone I had to do my best self photography with no tripod. 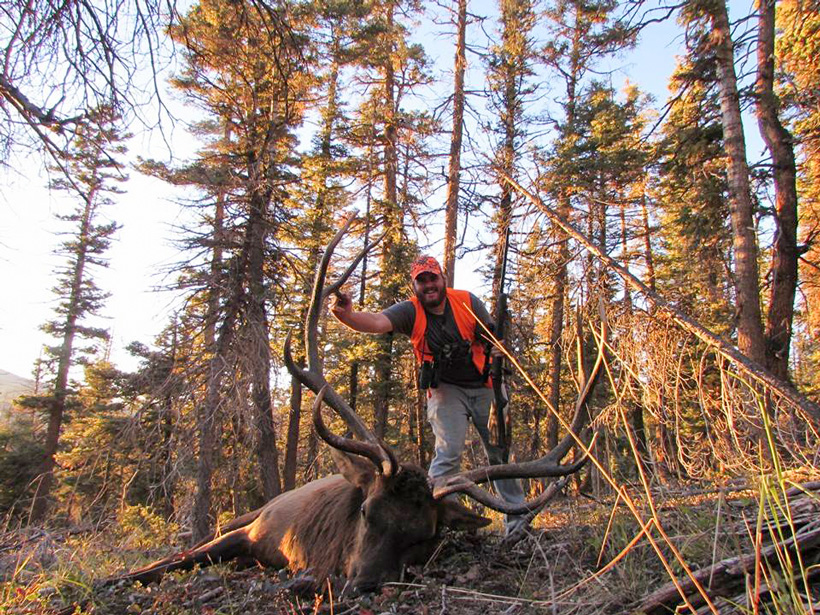 I called my brother on the radio, skinned, quartered the bull and headed out. I took the head with me and quickly realized it was too steep to go up the way I came. I had to walk the long way around and out onto the road, covering a distance of about six miles. I met my dad and brother at the road. I was dead on my feet at 1 a.m., covered in blood and sweat from the hike so I opted to head home instead of getting in my sleeping bag. I made it home around 3 a.m., showered and slept until 7 a.m. I got up, kissed my wife and son and headed back up. 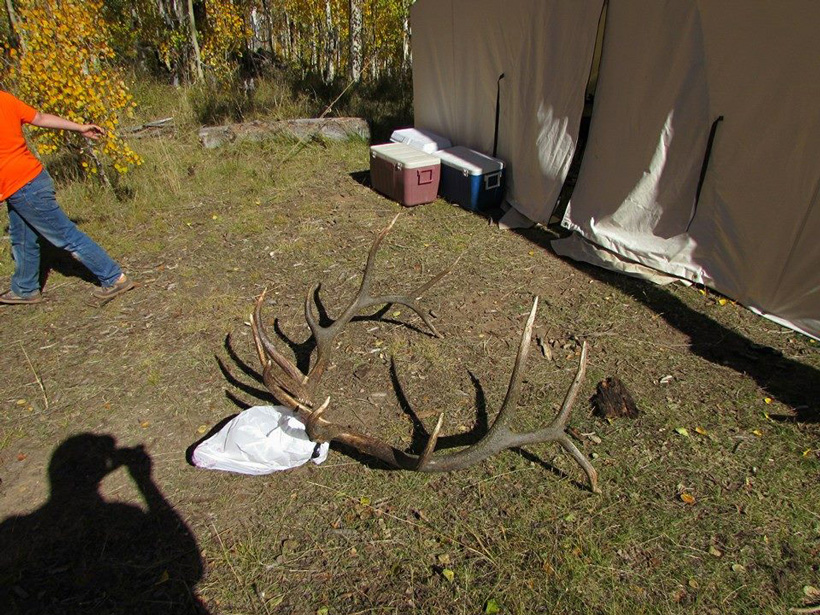 With the help of the toughest guys I know, we made the long trip in and out to retrieve the meat. It took the whole next day. Sunday night, I finally made it home with my bull.

My buddy, Troy, came over to have a look and informed me that the bull would score a lot better than the 320” that I originally thought. We sat down and taped him out at 348 6/8” gross with about three inches broken off his third. His net score was 342 5/8". We were both blown away at how symmetrical he was and how well he scored. 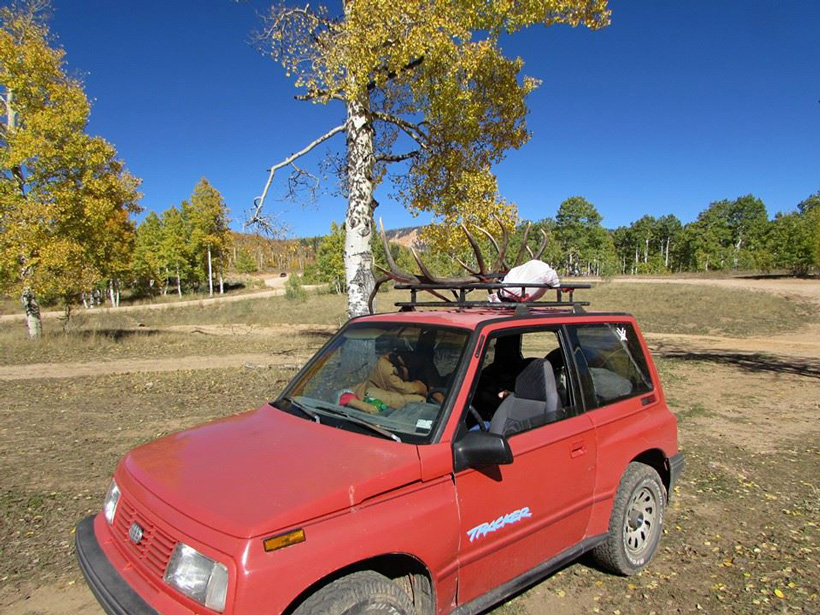 It is crazy to think of a bull like this coming off of one of the most heavily hunted units in the state, but to me that is not the most impressive part. The most impressive part to me is how willing people are to help out and how guys are willing to pack heavy packs long miles to help out a buddy. I hope I am that good of a friend to them. Russ, George, Josh, Mitch and Kyler: I owe you one.