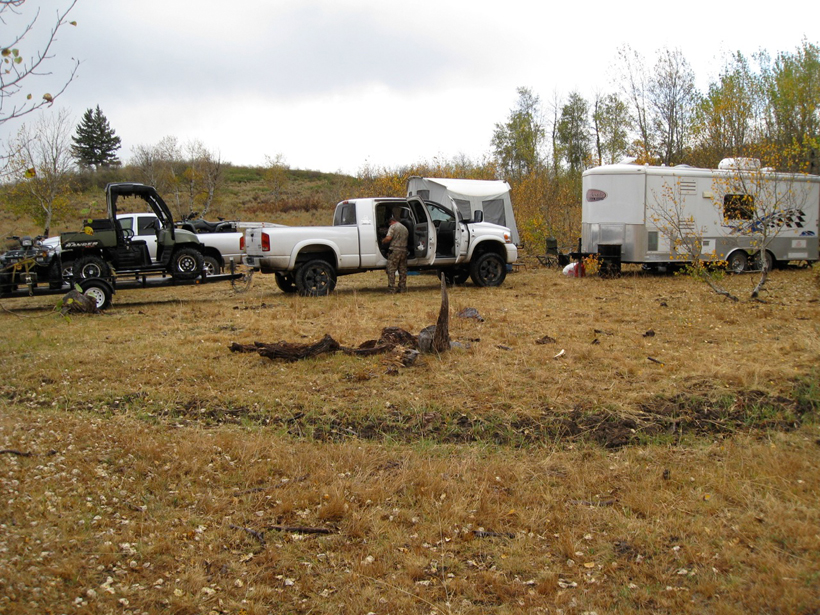 It is not often that two friends shoot their biggest bucks together on the same hunt, but that is just what happened a few years back. My good friend (James Brack) and I have been fortunate enough to share camp on a number of hunts in the past, but nothing could have prepared us for the outcome of this hunt. It was opening day, with temperatures soaring into the 90s, which was unusual for early October. The deer were bedding at dawn and not moving until the shadows grew long in the valleys. We decided to wait for a cold front that was moving in on the third day of the hunt before going after our bucks. 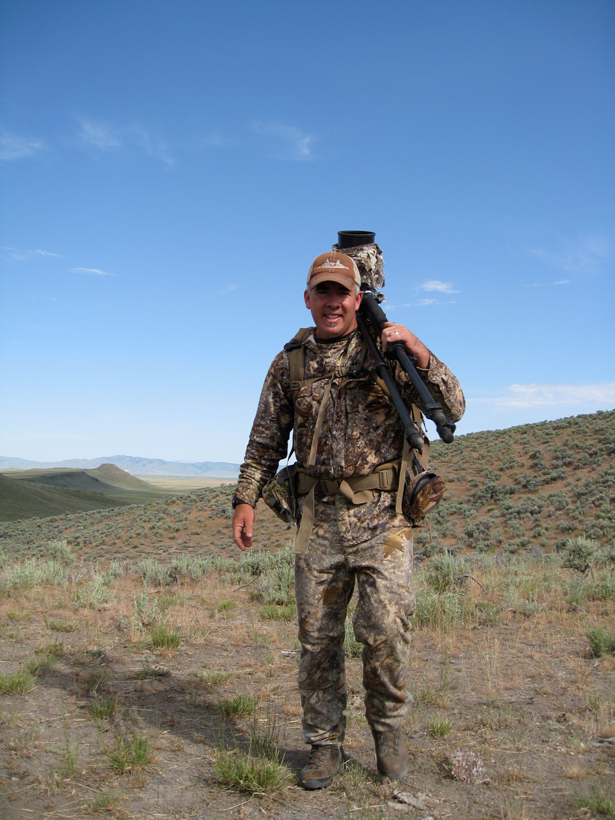 We checked on the bucks daily just to make sure no other hunters were in the area. Finally, on the third day, the cold front rolled in. It was an overcast day with light rain. The humidity, paired with the overwhelming smell of sagebrush, is great when hunting mule deer. I could not have imagined a more perfect day to hunt. 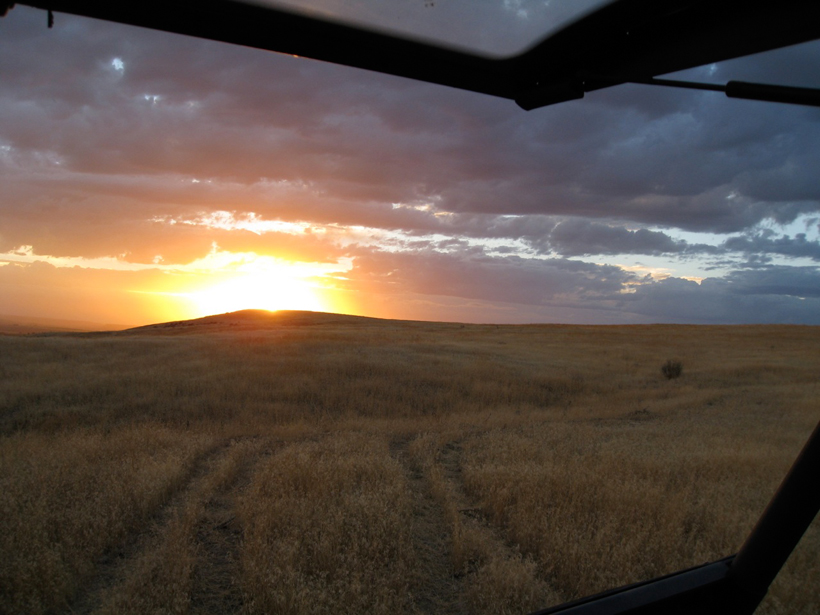 As light broke, we were in the ideal location. We snuck within 150 yards of the feeding bucks, but not the ones I had my heart set on. I passed the opportunity to James. The 200-inch buck was only 150 yards away and never turned broadside, giving James a comfortable shot. Thirty minutes later, as the sun peaked through the clouds, the bucks started bedding and a stalk was planned. James made his move while I filmed the action.

Forty-five minutes later, James realized the bucks he was stalking had moved out after being spooked by some does. When we met up, James told me that he had jumped a buck while looping around to prepare for his final stalk. After my description of the buck, he assumed that it was the 210-inch 5x5 I had been watching all summer. It was now my turn, and luckily, I knew this location like the back of my hand. 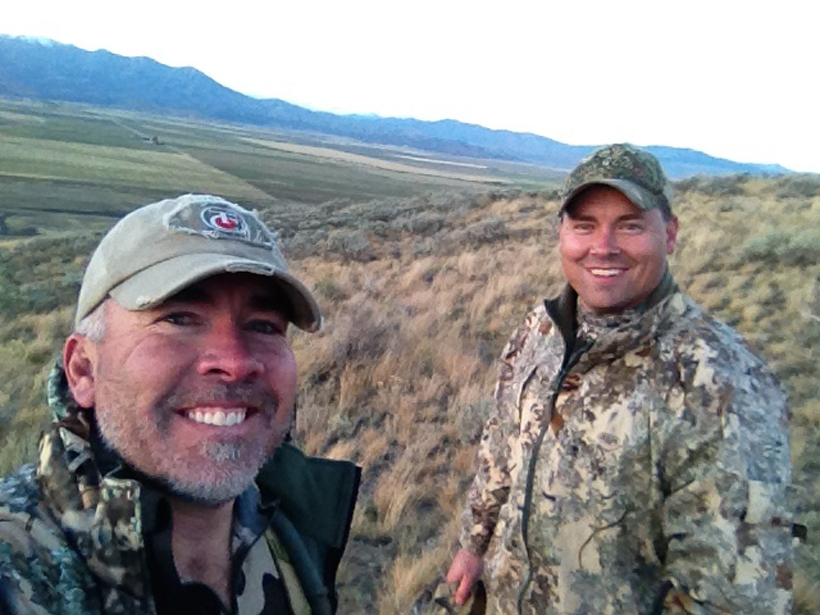 There is nothing like spending time in the field chasing mule deer with one of your buddies as your wingman. After some painstaking stalking and glassing, we were perched on a group of rocks, scrambling to get the camera and gun set up. Moments earlier I peeked over the rocks and saw the buck I was going to put my tag on. There was no doubt in my mind that this was the buck I had been wanting, I just knew it when I saw him.

The sight of that buck standing there and looking away is a vision I will never forget. He had huge, deep backs with some great extras. His 21-inch G2s and 14-inch G3s were so deep that they made his 11-inch-plus G-4s look short. I was scrambling to get my sticks set up, but I just could not get them high enough to give me a clear shot over the rocks. My buck stood there just 104 yards away in all his glory. He was fixated on three other bucks that were watching our heads bobbing around on the rocks. I had to move out further on the ledge for a clear shot. 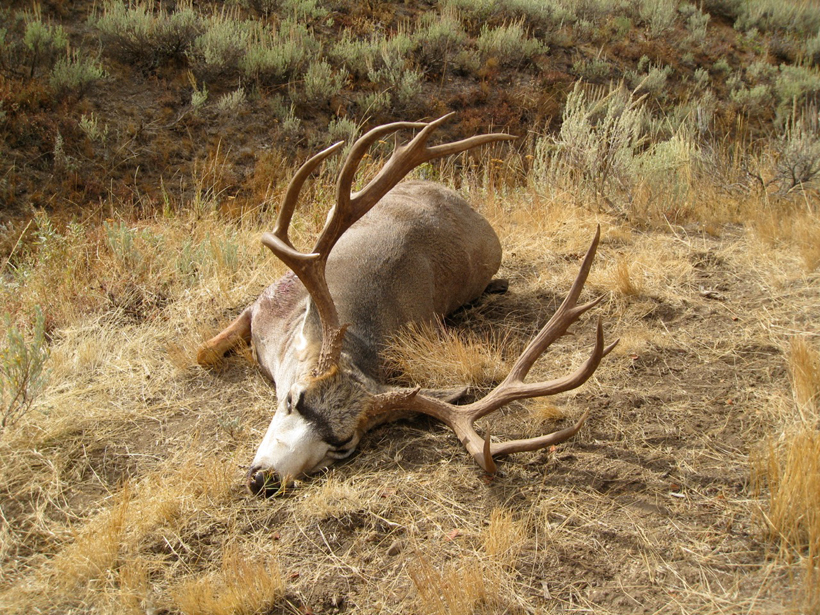 Seconds seemed like minutes as I slowly made my way out to the edge of the rock bluff. Leading with my rifle, I rose up over the last rock to get a clear shot at my dream buck. He had not moved an inch, but I knew he wasn’t going to stick around for long. As one of the bucks began to approach mine, I knew it was now or never. I calmed myself down and squeezed the trigger. At the whack of the bullet he spun and ran directly to the bottom of the drainage. Seventy-five yards and he was down, but not for good. I knew a second shot was in order to finish this deer. 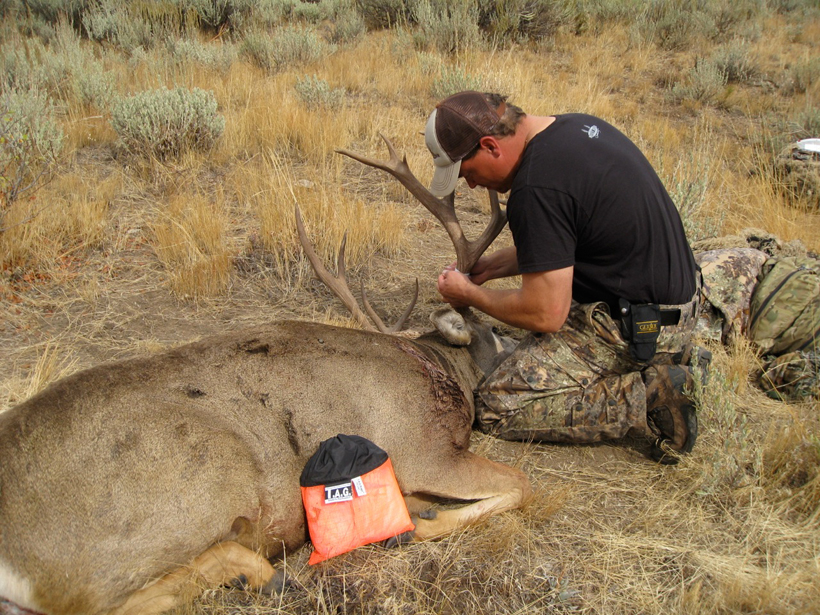 Shortly after, I was within 84 yards as the buck rose to his feet. The wind had shifted and was now blowing down the drainage, directly toward the deer. Before he stood, I could see that he was winding me, so I readied my gun for what should be a chip shot. One misfire later and the buck was down for the count. A quick shot through the front shoulder and neck dropped him in his tracks. 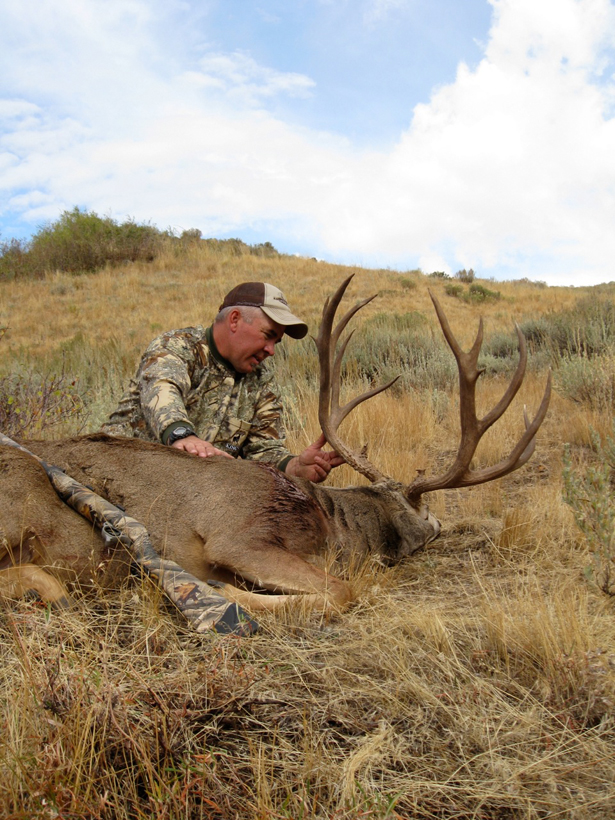 Giving my respect to this magnificent mule deer. To pursue and harvest an animal is something I never take lightly. 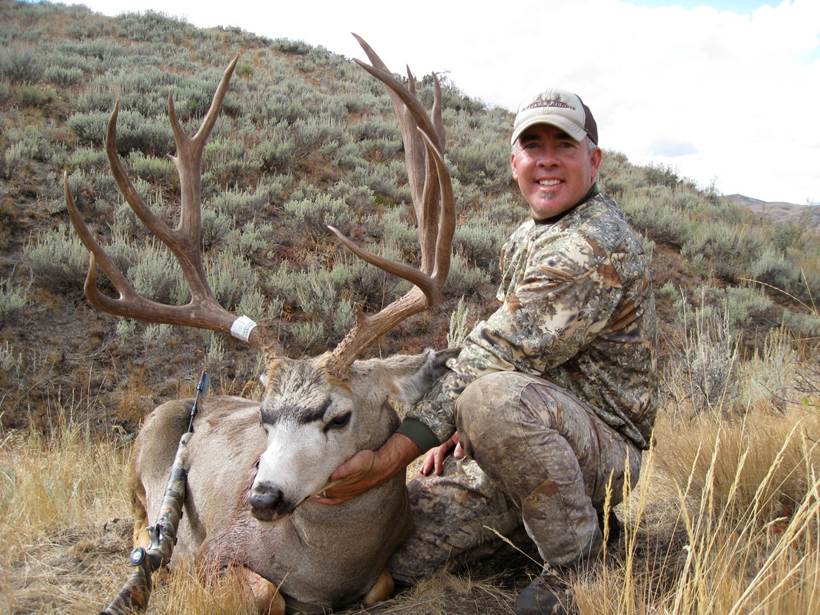 There was absolutely no way anyone could wipe that grin from my face! A special place, a special buck and a special moment in time, forever locked in my mind. With 21-inch G2s and 14-inch G3s, this buck's gross typical frame is over 204 inches, making him the pending SCI muzzleloader world record. 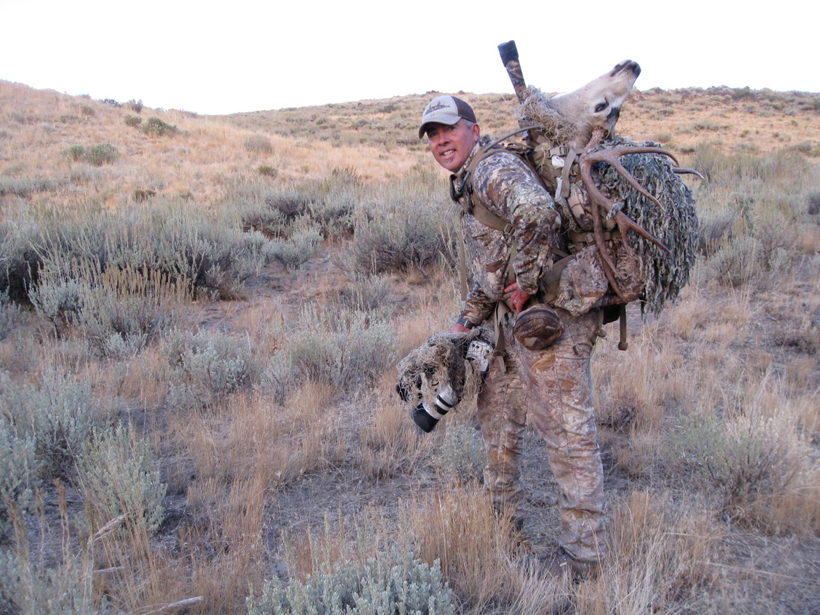 Packing my dream buck out of my favorite place in the world to hunt was an awesome feeling. As darkness settled in and the flashlights came out, we smiled and joked around while making the six-mile trip back to camp. Having a good friend with me and a 222-inch Idaho giant on my back made this pack out the most memorable to date. Two hours after dark, we arrived back to camp with smiles still etched on our faces. 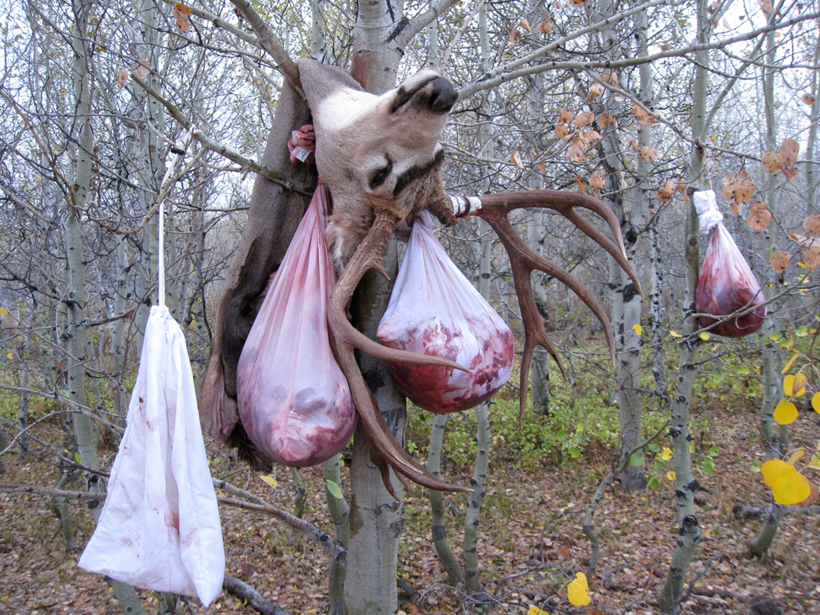 My mule deer buck cooling out after being in our packs for three hours. Two days later, James and I were back in hopes of filling his tag. Our target was the buck that James was stalking on day one of the hunt when he found my buck. 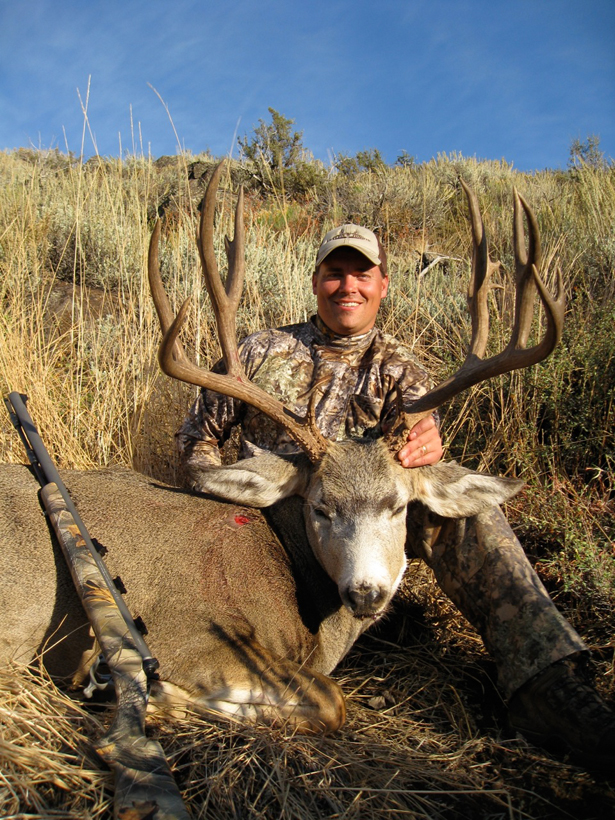 The wind was blowing hard from the west at 30 miles an hour. We found the buck first thing in the morning and watched him bed over a mile away. The plan was easy — get above him (which was directly downwind from the buck), wait for him to stand and send a chunk of lead his way. The plan worked perfectly, as we were fortunate enough to stalk within 25 yards from the buck. 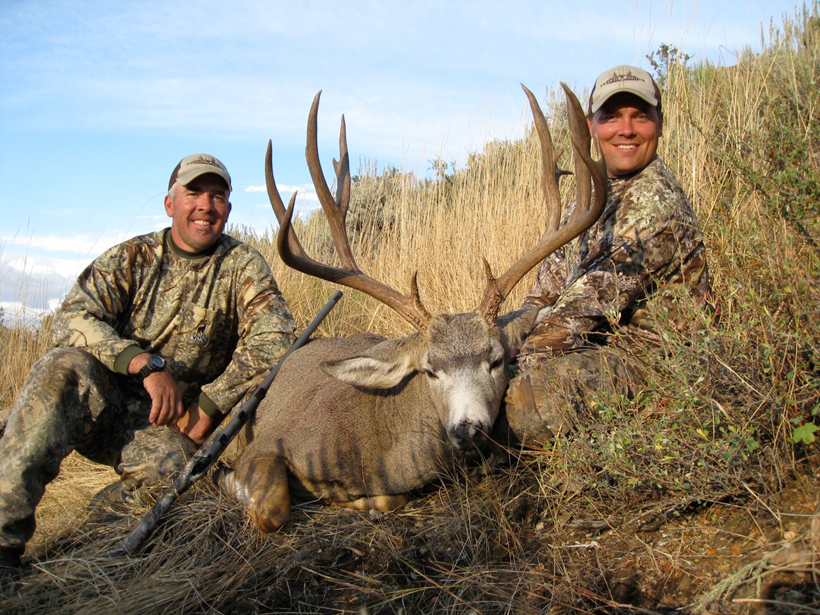 Unfortunately, we could only see the top of his rack when the deer stood up. We moved from one boulder to the next, trying to cut the deer off and get a clean shot. A couple of minutes later the buck rounded the brush just enough to present James with a low neck shot. At 20 yards with a 395-grain lead slug, this shot was effective. 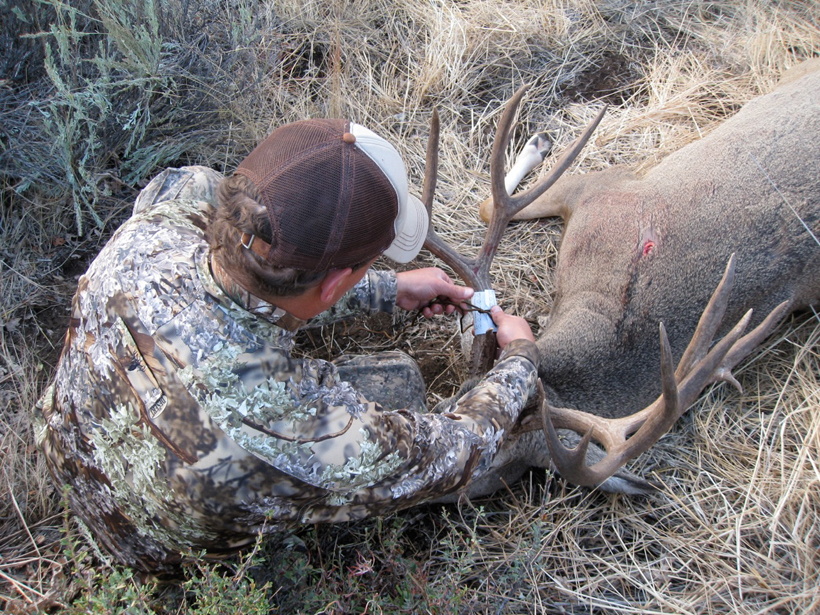 A few minutes later, James and I were standing above his dream buck, which was a 201-inch gross, 7x10 mule deer. 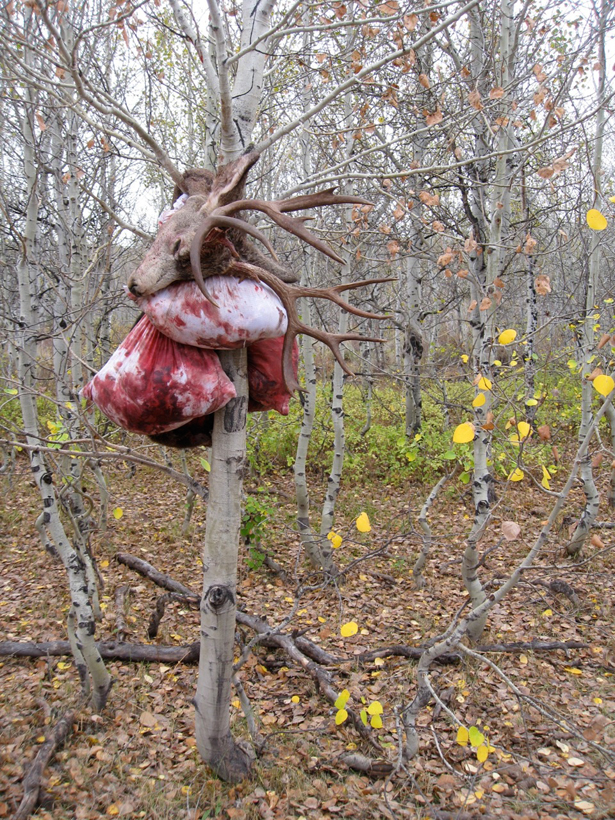 This is the second 200-plus inch mule deer to adorn this tree in the last couple of days and hopefully, it will not be the last. The emotions that a person feels after fulfilling a lifelong dream are uncontrollable, and on this trip both James and I got to experience what most mule deer hunters can only dream about. We nabbed 424 inches of antler in less than 16 hours in the field. It pays to spend as much time as you can scouting. The proof is in the pudding.