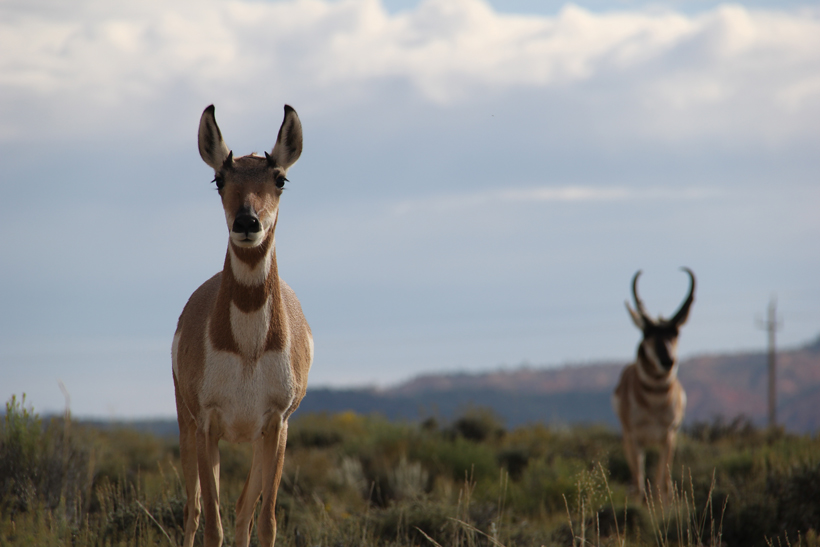 From the moment my wife gave birth to our first child and the nurse handed me a daughter fitted with a pink blanket and bow, I have been dreaming of the day we would hunt together. 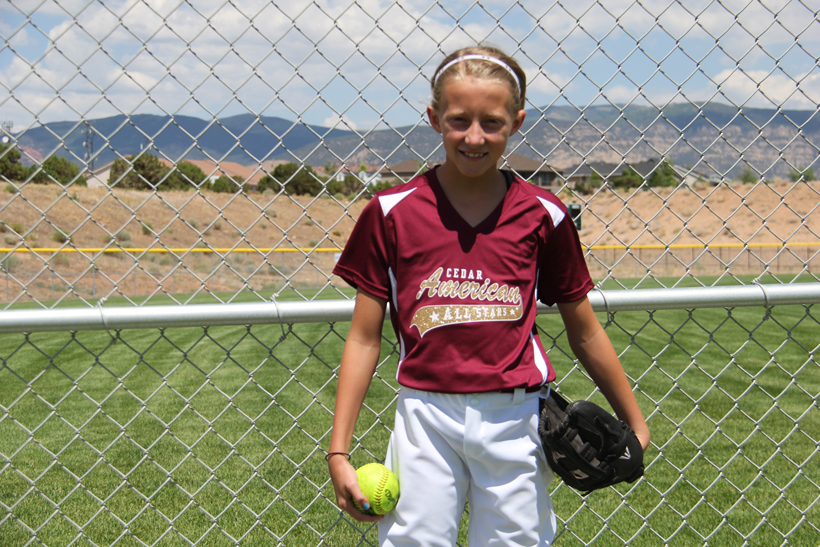 My daughter Taylor is a pretty typical 12 year old. Most days you will find her doing homework, playing with friends, practicing softball or travelling with her team and playing soccer. Due to the crazy schedules that our youth endure these days, it is hard to find the time to have them tag along in the outdoors. Taylor’s favorite thing to do outside of soccer is fishing, which is closely followed by hunting.

This year was the first year Taylor was eligible to hunt. We applied her for the general deer hunt and she drew her second choice rifle tag. We also took advantage of a great new program implemented by the state of Utah called the Youth Mentor Project and Taylor’s grandmother gifted her an antelope tag, which would be her first tag ever. I had a lot of sleepless nights hoping and praying that I could help her have two successful hunts and make them both enjoyable. Not to mention, I think I was a lot more excited than she was for both hunts.

I am truly worried about the future of hunting. With declining animal numbers, increased pressure from anti-hunting groups along with the pressures that are put on our youth these days, it is hard to keep kids involved in the sport of hunting. It is our duty to teach them to respect the sport. We have a lot to do to ensure that our kids will be able to enjoy the sport that we have enjoyed throughout adulthood. 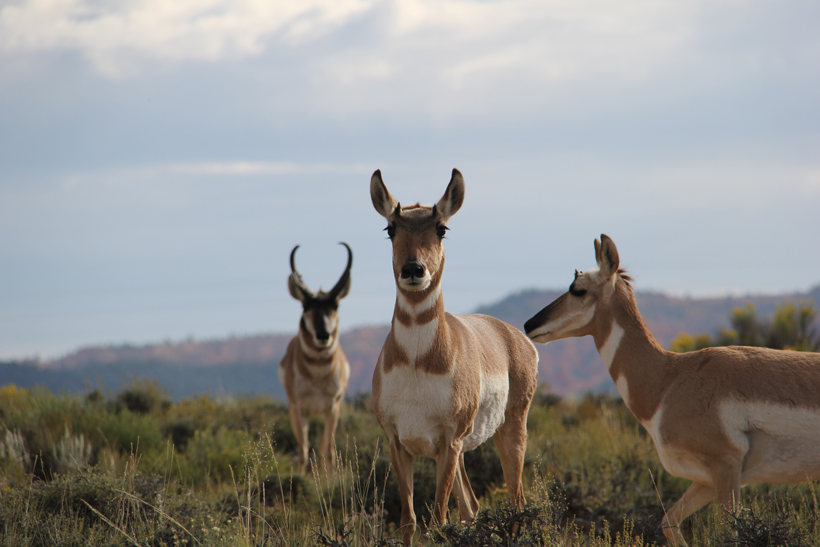 I began scouting for Taylor’s antelope hunt about two months prior to opening day and tried to make it every weekend that I could. Due to Taylor’s soccer schedule, she was unable to scout with me, so each time I would bring home pictures and video for her to look at to help her decide which buck she wanted to go after. Taylor narrowed her choices down to three beautiful bucks. 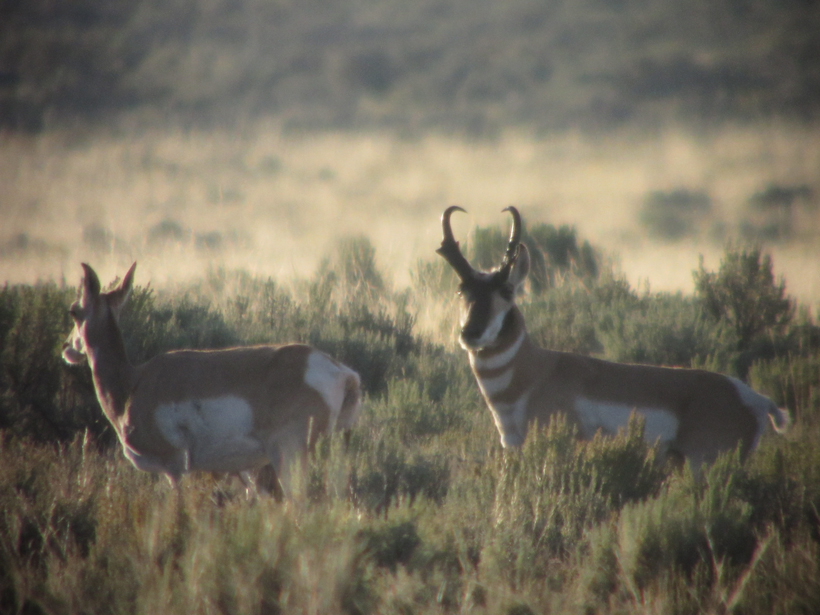 The third was a buck that had good height and mass, but had half of his right prong broken off. 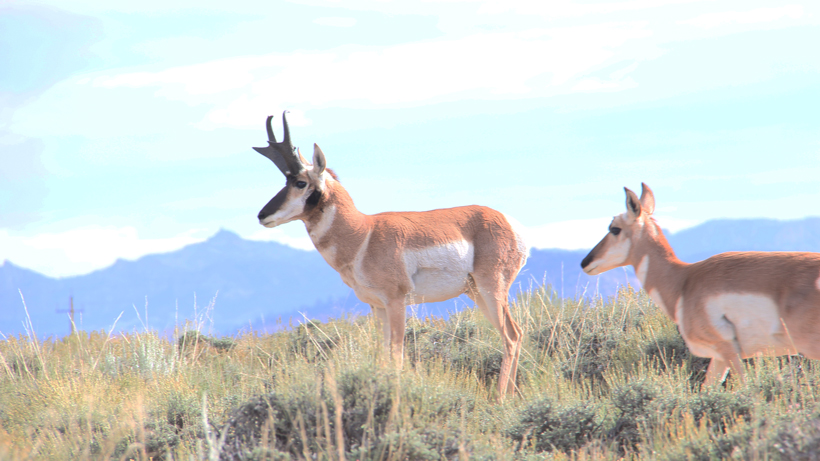 The second buck was massive with good prongs, but was lacking in height. 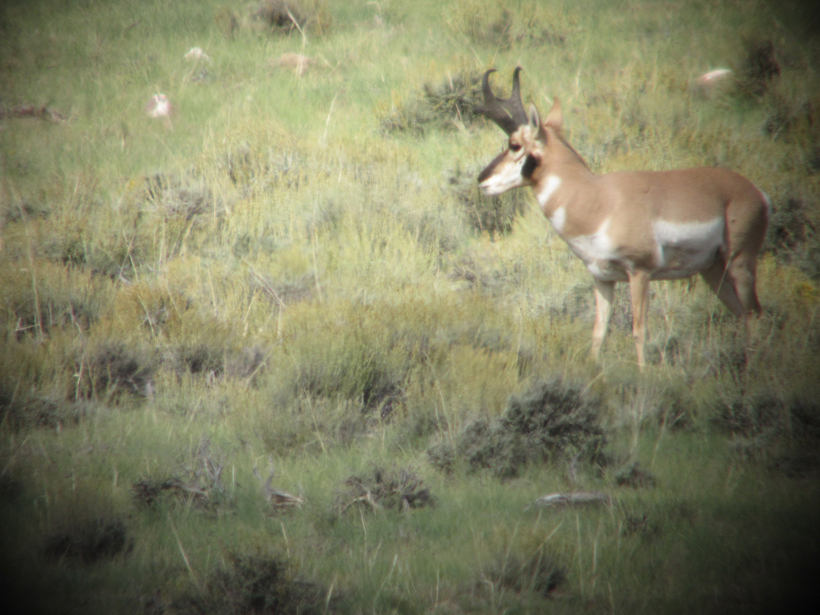 The buck she chose, the first buck, was on her hitlist from the moment she saw him. 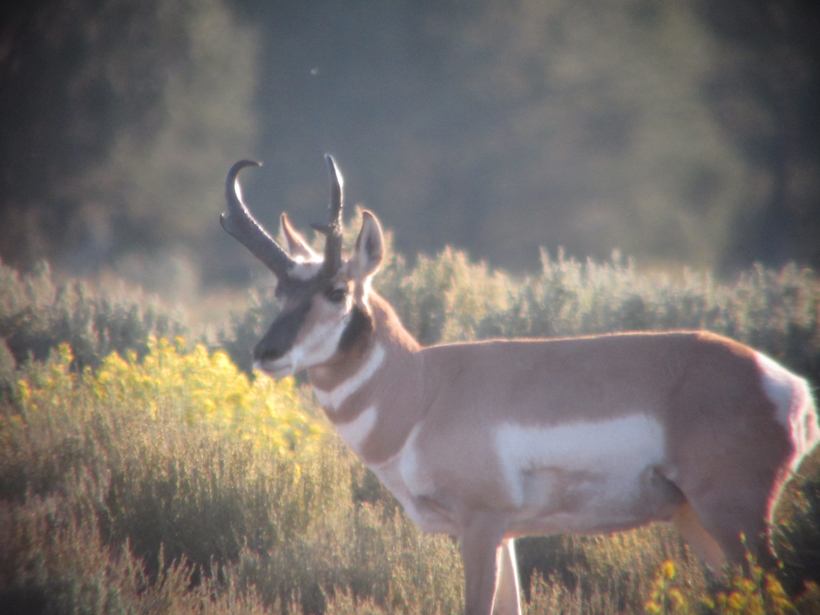 It was not the best scoring buck, but was solid all around. From the moment she got her tag I told her it was her decision, and that I would do whatever I could to help her get the buck she wanted.  She never wavered from wanting to shoot this buck no matter how many photos of different bucks I would bring home and show her. Adding to our luck, the first buck was on a piece of private land that only we had access to.

To our dismay, a couple of weeks before the hunt started the buck disappeared and after three more scouting trips I was unable to locate him again. We headed to the unit the day before the hunt and decided we would go after her second choice instead. The last evening before the hunt I decided to look one last time for her first-choice buck, and as luck would have it, I found him a couple miles north of where I had first located him on my first scouting trip. Six in the morning could not come fast enough.

We left camp well before light, and as the sun crested the mountains to our east, we located the buck and his herd of does. We quickly stalked into position, but due to the terrain we were unable to get a shot. At one point we had a few does within 5 yards of us, the expression on Taylor’s face was priceless. Eventually, the herd spooked and moved north. Over the next couple of hours we moved with the herd but were never able to get a shot. 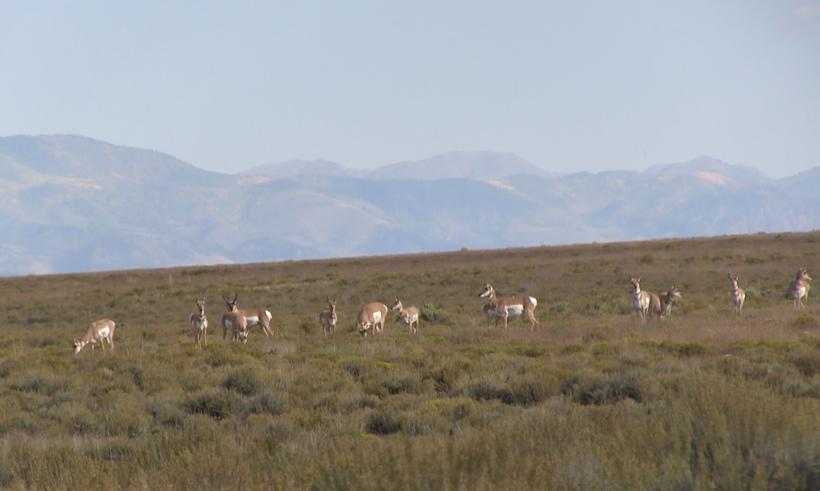 The buck was rutting hard, and every time we would get set up he would work his way into the herd, never presenting a clean shot. Whenever he ran into an opening, he was either too far away, or would never turn broadside. I got to a point where I felt that we should move on to another area and another buck due to the fact we bumped the herd so many times and I had walked Taylor for about 4 miles in the process. I looked at Taylor and told her we needed to move. With disappointment on her face she said, “Whatever you think dad, but I think we should give it one more try.” I couldn’t say no so we dropped into a ravine and quickly moved closer to the group of antelope. 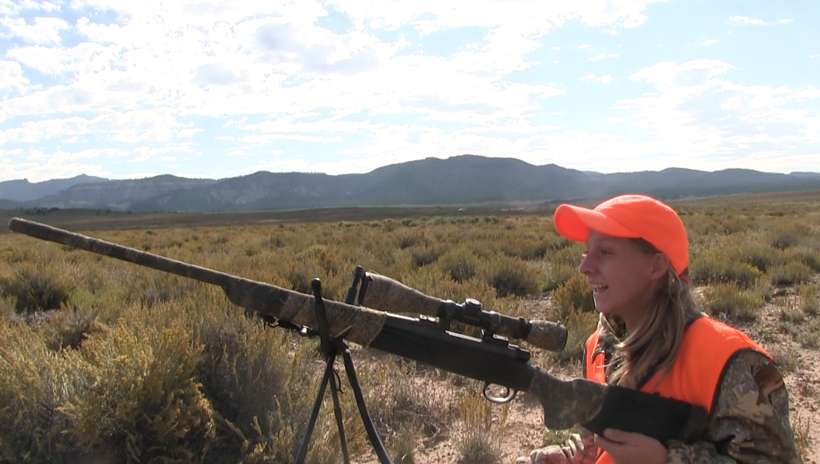 As we crested the ridge I could see their heads over the sage about 200 yards away. We crawled and snuck a little closer, then at about 150 yards, we set up for the shot. Once again the buck ran in and out of the does, but just in time stepped into an opening. I heard Taylor say, “He is clear, should I bust him?” I gave her the go ahead and after a couple of shots she had her first ever big game harvest. 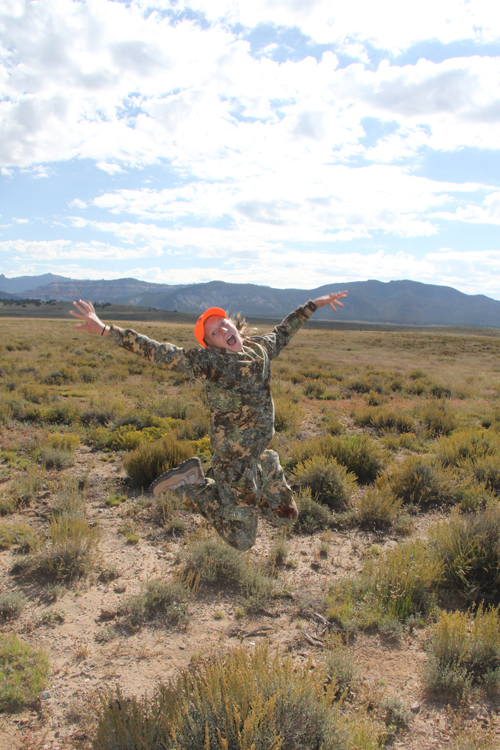 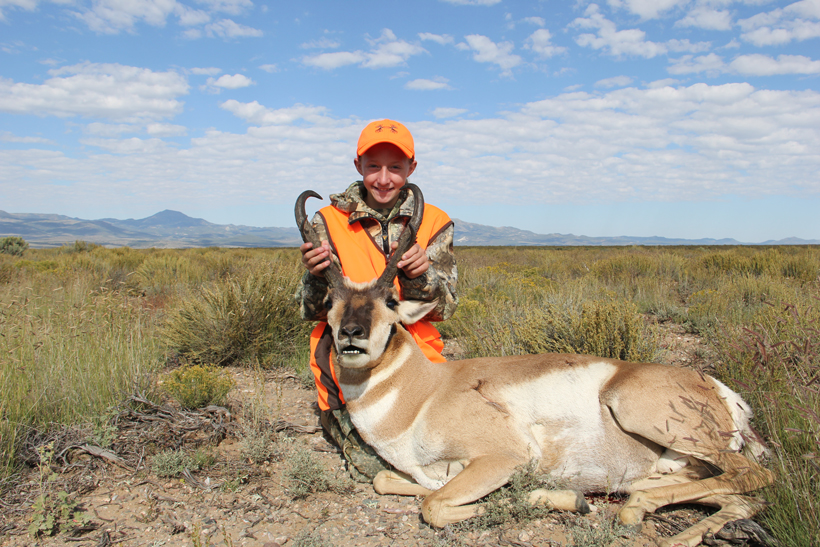 Taylor was all smiles after a well earned antelope buck. 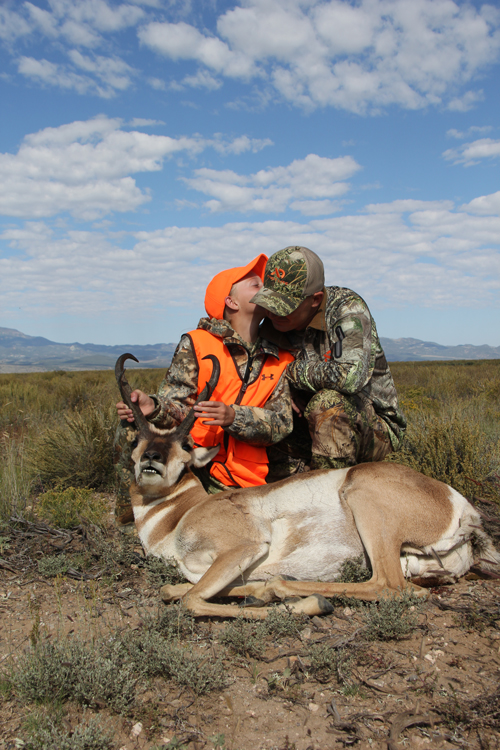 To say I was relieved would be an understatement. I will never forget the moment we walked up on her buck. 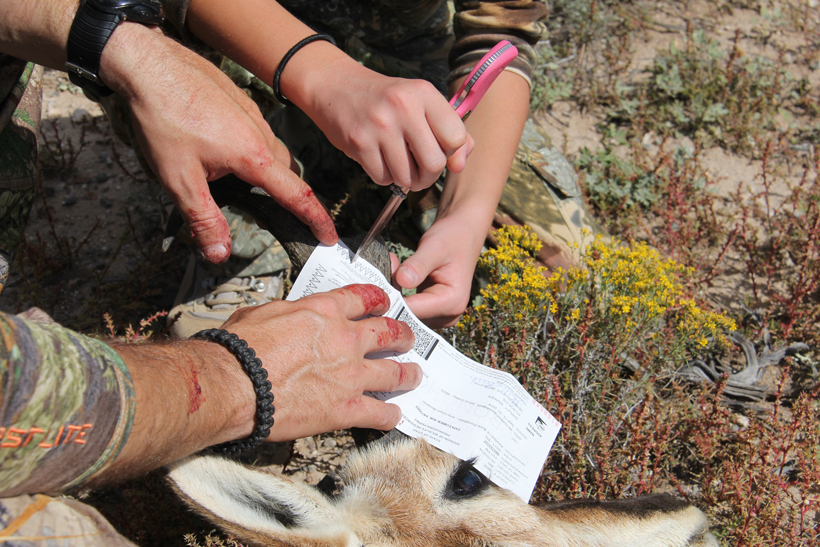 This will always be one of my favorite hunts. 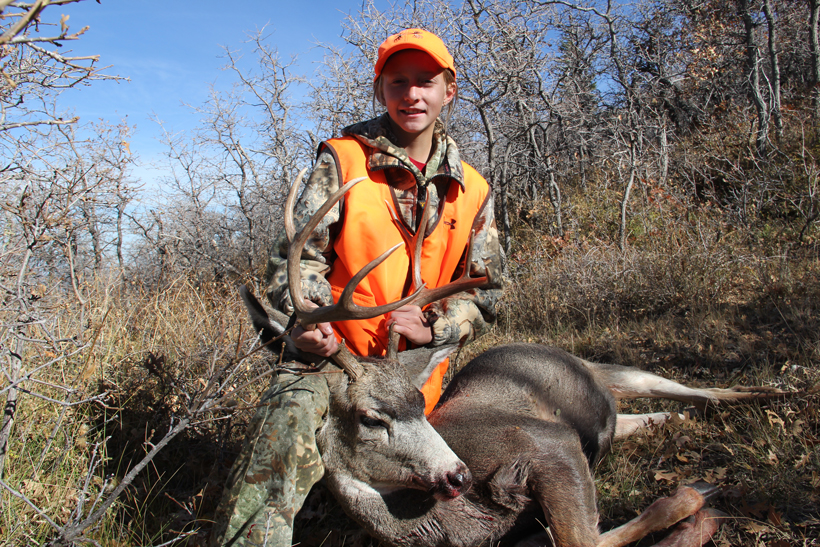 Later in the year we headed out to find Taylor a deer. She was once again up for the challenge and passed numerous small bucks. We decided after the first weekend of dealing with crowds of people to try a new spot, and the help of a good friend, Kody Smith, we knew right where to try. We woke early on a Wednesday and headed out. We gazed over about 10 small, two and three pointers in the morning, but Taylor once again decided to pass. Around noon she told me she wanted to go back and see if we could shoot one of the small bucks. It was apparent her confidence was fading. I asked her to give me one more hour of glassing, and if I couldn’t turn anything up, I would take her back to find one of the bucks we saw in the morning. 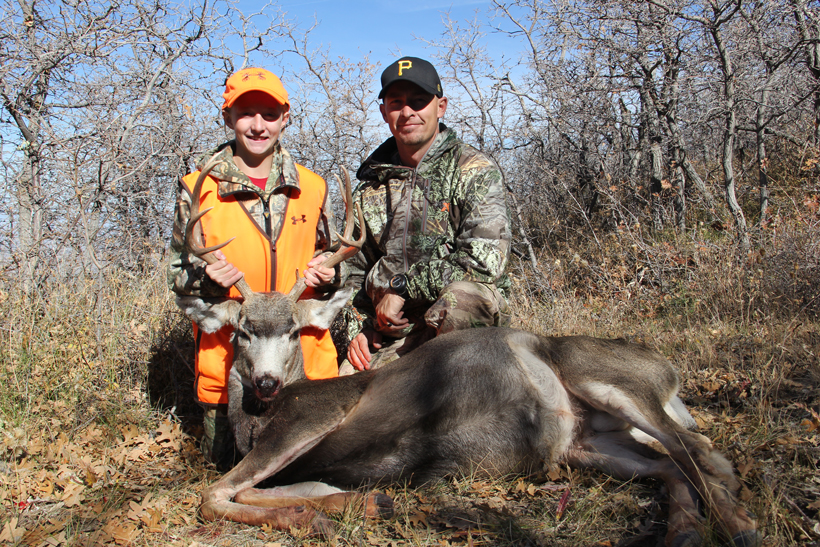 Not 5 minutes into my glassing I found a three point that was 26 inches wide and fairly heavy, alongside of him was a 15-inch four point.  We looked at both of them in the spotting scope until she decided she wanted the four point. In her eyes a four point is always better than a three point. We stalked in, and it couldn’t have worked out more perfectly as she took one shot from 80 yards and she harvested her first-ever mule deer. 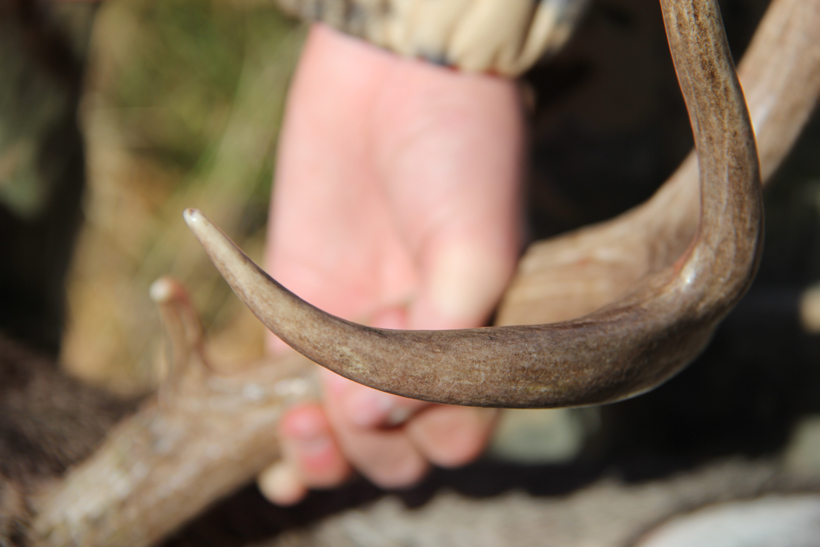 I have been fortunate to hunt a lot in my life, and I have been to some incredible places doing so, but I would not trade these two hunts and spending these few days with my daughter for any of them. I am grateful for the opportunities and the freedoms that we have to enjoy the outdoors and to hunt these magnificent animals. I hope and pray that I can continue to participate in one of my favorite sports, with my kids by my side.