The third time's the charm for Stone sheep in BC

In 2013, I was finally able to realize my long-held dream, to harvest a Stone sheep. The journey was set in motion in 2010. I later realized that this would be the first (and last) time I blatantly disregarded my wife’s request and went against her wishes. As part of a short-lived getaway we headed down to the Grand Slam Convention in Las Vegas. My wife’s only request was that I not put her name in any drawings. 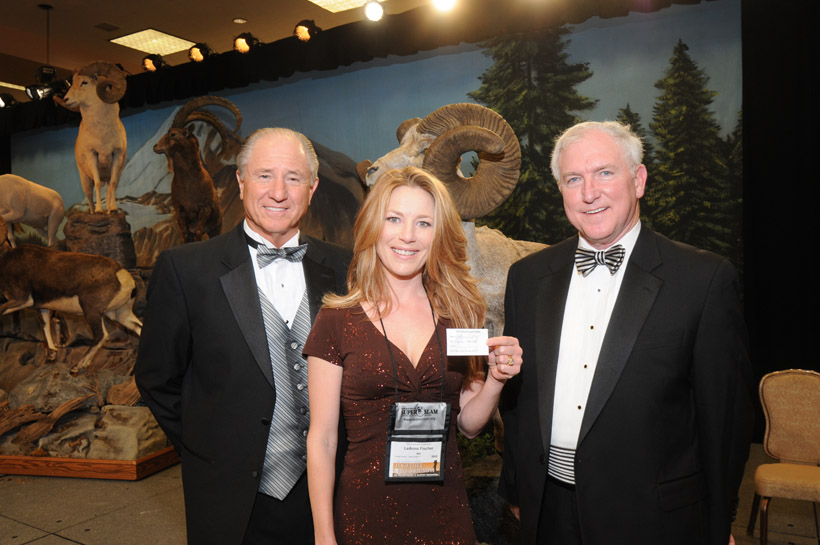 This was the year that they started the Slam Quest, which allowed anybody from age 21-39 who had never hunted sheep to register for a Dall sheep hunt. I couldn’t help myself and entered her name into the drawing. As fate would have it, her name was drawn as the winner! Judging by the look she gave me as she accepted the prize, she was not too pleased. Eventually, she came around to the idea, but I would have to accompany her on the hunt.

During the following weeks it became clear that we would have to make a difficult decision. The cost for me to accompany her was more than we were able to afford, she would need to go on the hunt without me, or not go at all. Luckily, the folks at the Grand Slam Club office worked with us to find a reasonable solution. In the end we were offered credit toward another hunt of our choice. What happened next was what brought me to write this story. 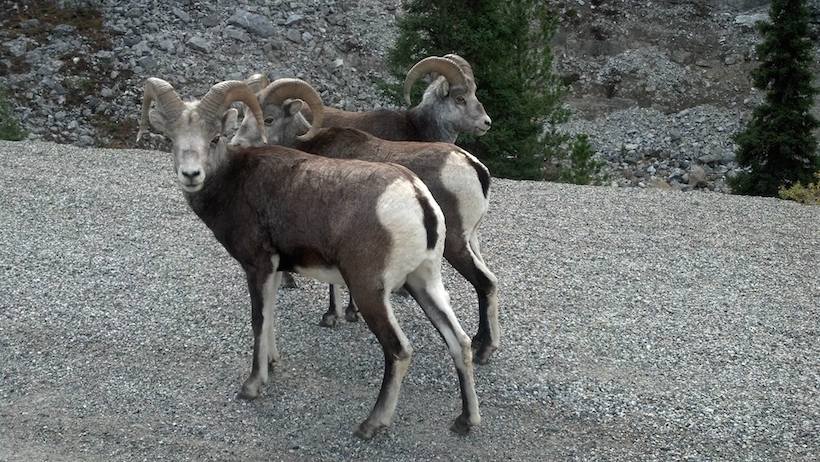 My wife insisted that she wanted me to use the auction credit toward fulfilling a life-long dream of harvesting a Stone sheep. I was speechless and I’m never speechless! Once this happened, there was only one outfitter I called, Leif Olsen of Stone Mountain Safaris. I was going Stone sheep hunting.

The next day Leif and I discussed the details of the hunt. Because I would need to arrive at Stone Mountain Safaris in Toad River, BC on September 5, I left my home in Idaho on September 2 for the 1,700 mile drive. Views of Lake Louise, Jasper, Icefields Parkway and the Alaskan Highway were gorgeous. I arrived at the hunting lodge on the fourth, early enough to be flown into my camp. 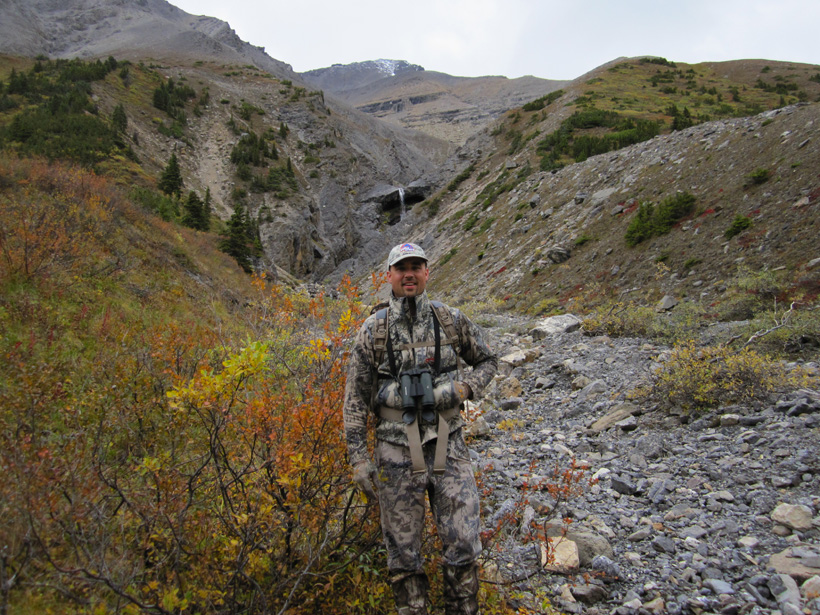 The next ten days consisted of me and my guide trying everything we could to scout and harvest a Stone sheep, but it did not happen. With no luck we ended up contending with bad weather, immature rams and floods that were the worst the area had seen in 30 years. The hunt came to a disappointing end, and I made the long drive back to Idaho without a sheep. 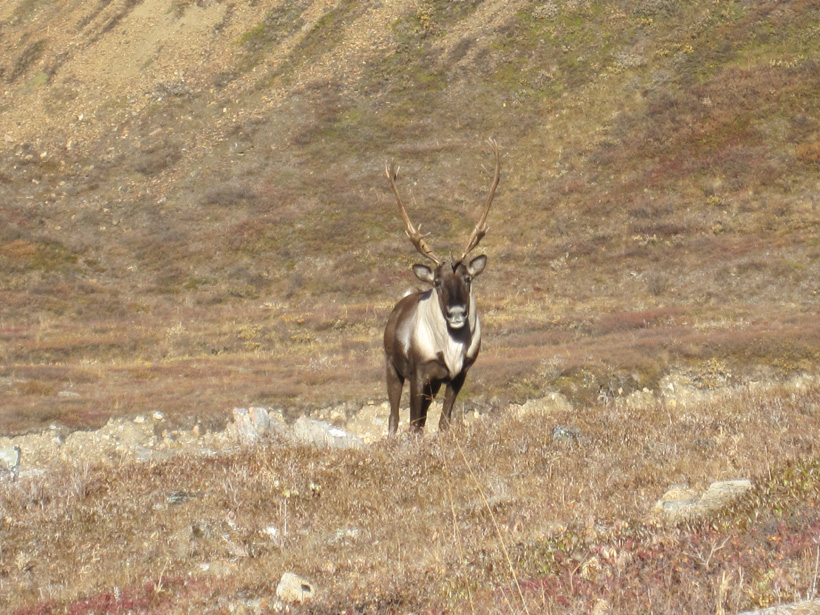 Before I left the lodge, Leif assured me that my dream wasn’t gone and that I would have the opportunity to hunt with him again. 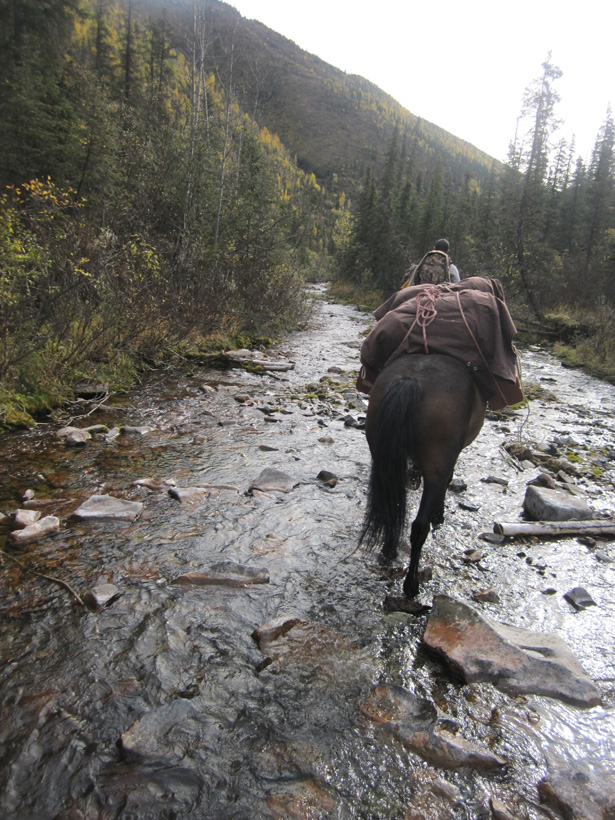 Attempt number two for my Stone sheep dream came in September 2012. Again I made the 1,700-mile drive. The route was just as pretty as it had been in 2010. I made it to the lodge and the next day me and my guide embarked upon a six hour horseback trip to camp. 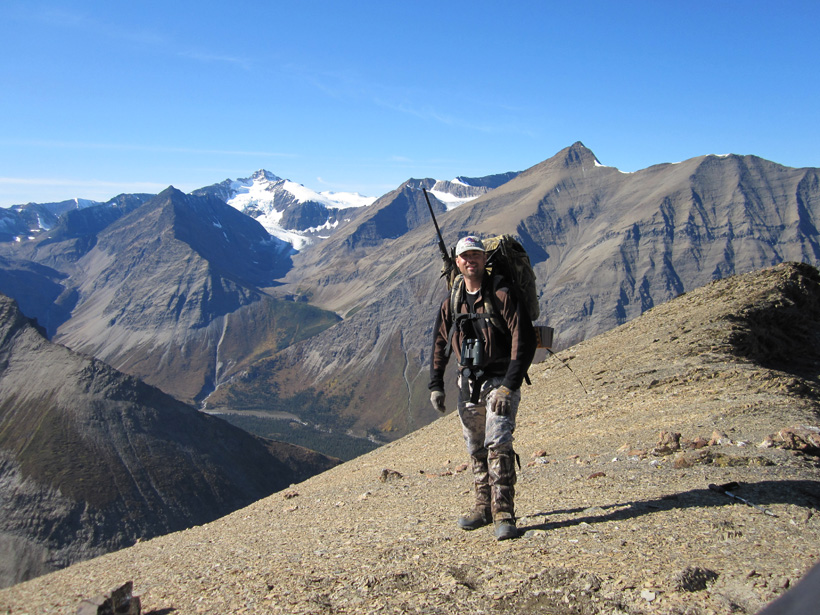 The following 12 days were spent in vain trying to harvest a Stone sheep. In the end, bad luck again prevented me from reaching my dream. This time is was not cold or foggy weather, but instead I encountered unseasonably hot weather with roughly 90- degree heat. 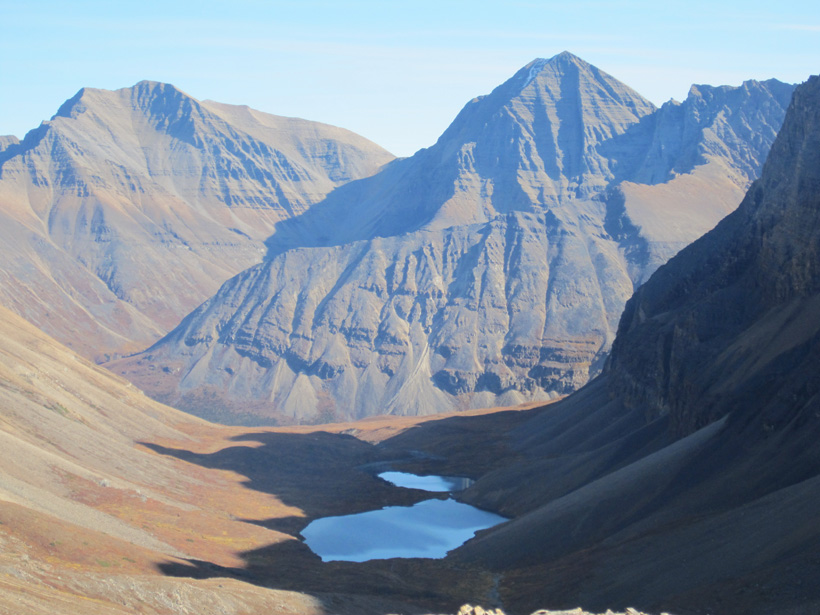 The sheep weren’t found where they usually are, and seeing any sheep at all became a real rarity. We did spot a small, but legal ram on the seventh day of the hunt, but I missed him. The hunt came to another disappointing end with no sheep. 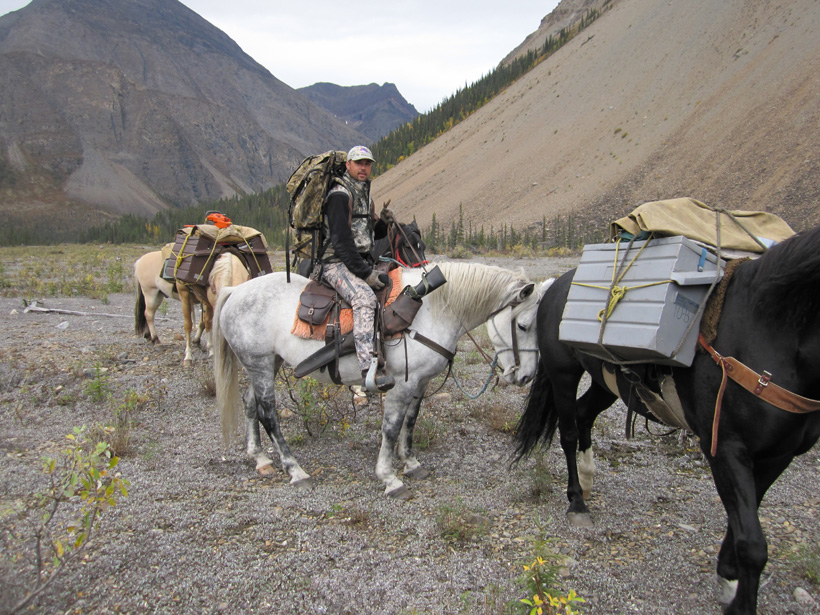 Coming back I was discouraged to say the least, but was quickly overcome with gratitude when Leif told me that my dream to harvest a Stone sheep with Stone Mountain Safaris may still be realized. 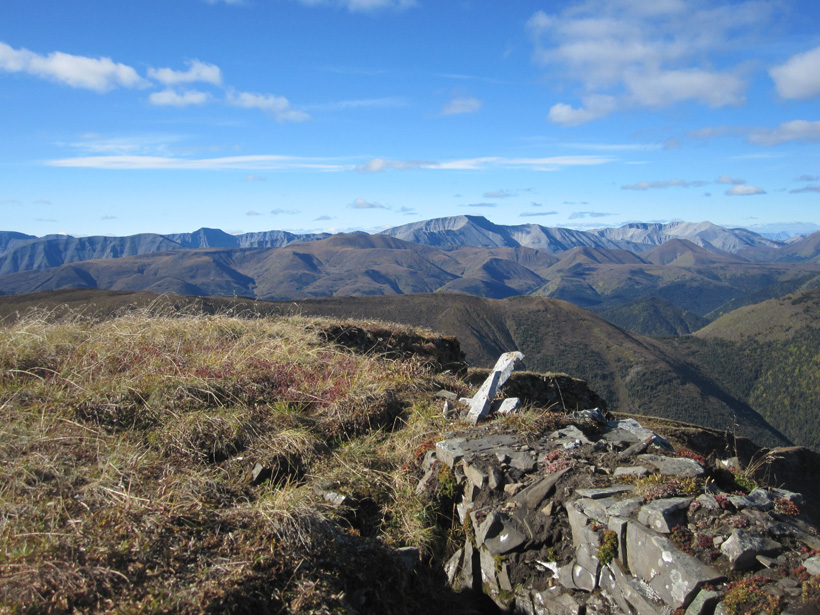 I was hoping the third time would be a charm and I would finally harvest a Stone sheep. So, on September 19, 2013 I set off once again on the drive to British Columbia. This year had to be the year I got my sheep, or my wife was going to kill me, and my dream would be over. 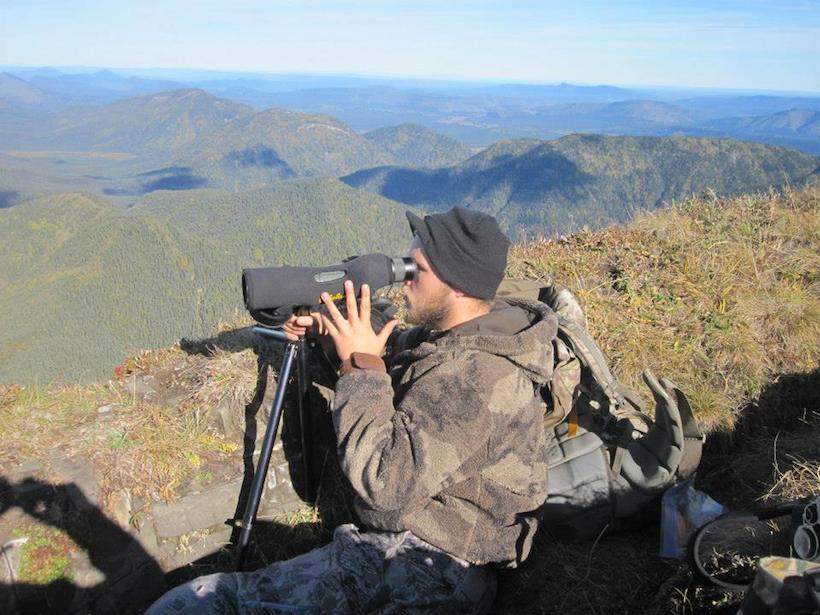 My guide Shale Deschipper and I embarked on the trip to camp. Never before had I met a 21 year old with such sheer will, determination and confidence that Shale possessed. He was very confident that we would kill a ram, but I was beginning to feel cursed. 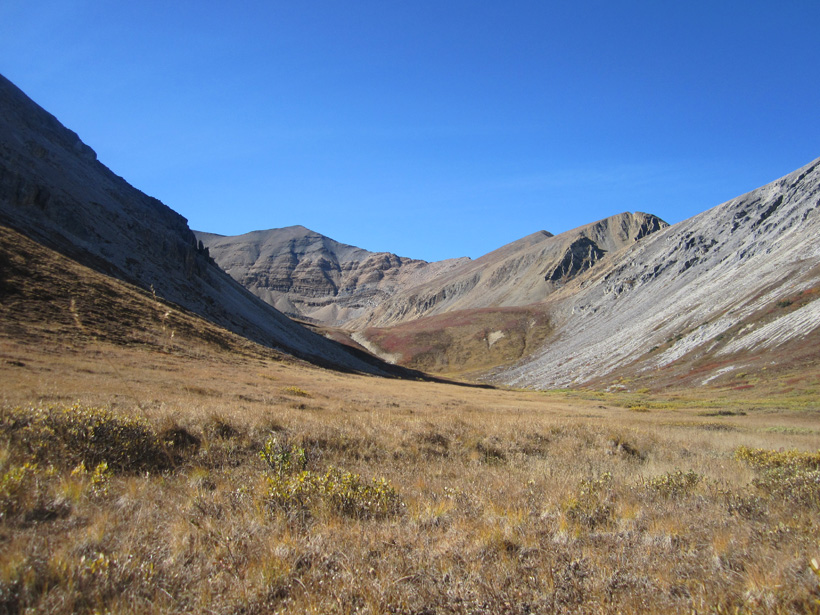 We tied the horses up and hiked over a couple of ridges to see if he was still there. Once we sat down to glass, the fog started to roll in. We did see some sheep but did not know if it was the same ram that was living there. Shale decided to go down the ridge to get a better view of the rams. 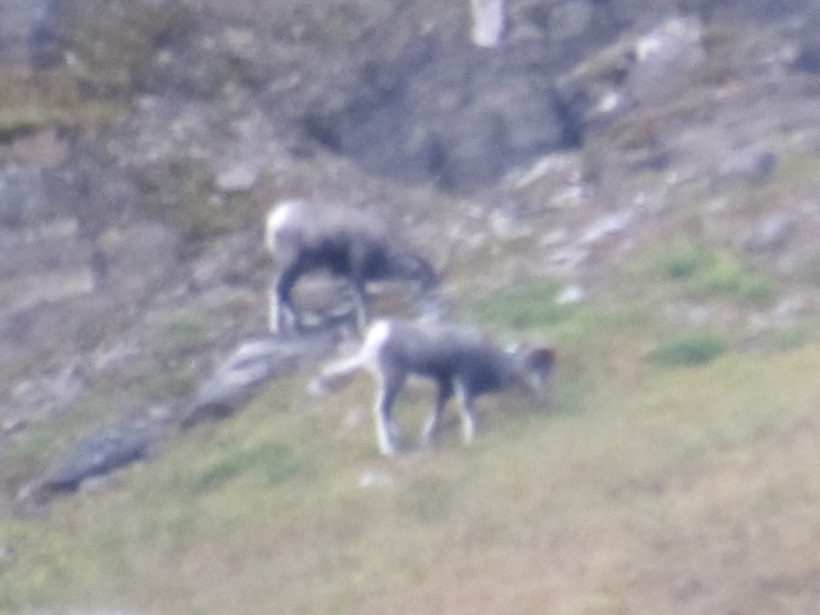 20 yards farther we were face to face with two immature rams. We stayed still, trying not to scare the sheep toward the other rams and they ended up just heading down the draw and bedding down. Due to the persistent fog we backed out and headed back to camp. 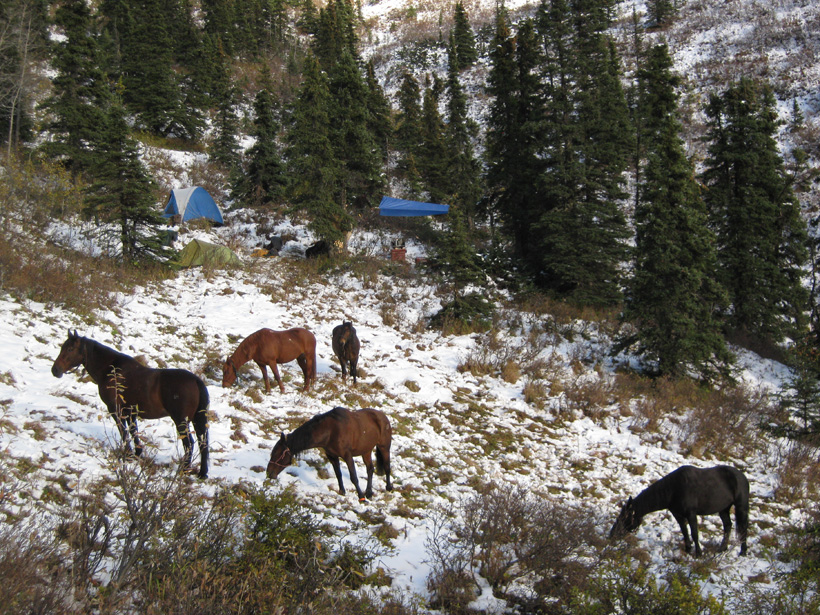 On the third day the weather got the best of us again and with snow and fog and we ended up having a rest day. This was a good thing, because I was saddle sore! On the fourth day of the hunt it was still snowing but stopped early enough in the morning that Shale made the decision to go spike a camp out to the same place two days prior. 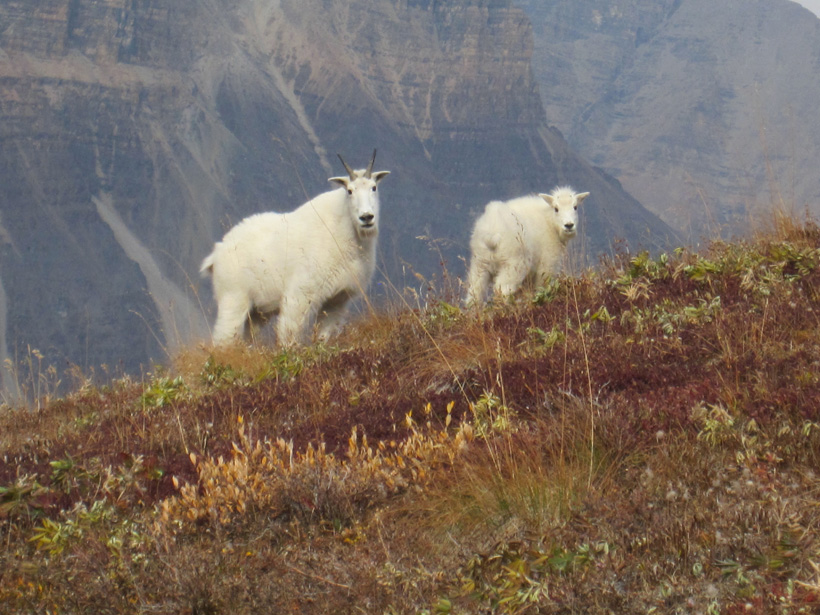 This time we brought Kyle Leonard along on the hunt as a wrangler and packer for the remainder of the hunt. Kyle was a 19 year old that was wise beyond his years. We all set out for another horseback ride to spike camp and an evening hunt, but nothing was spotted. 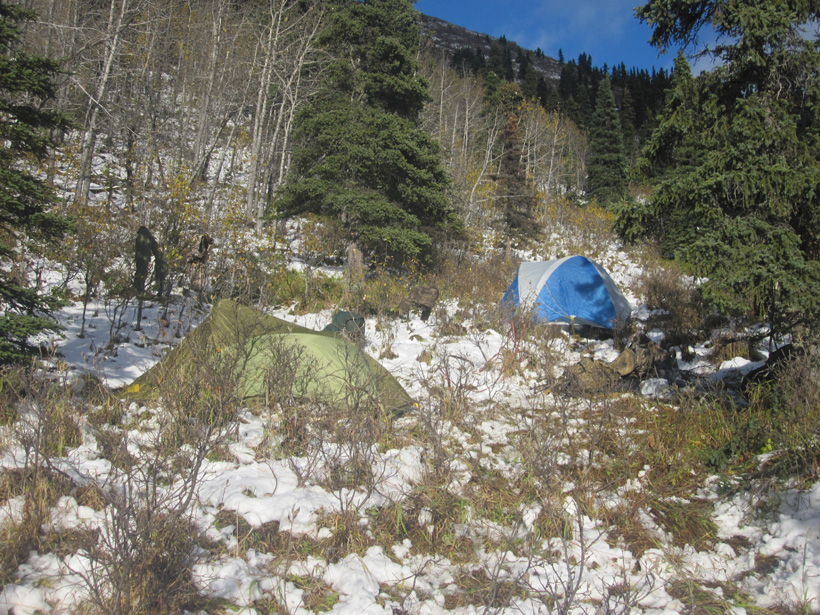 The next morning we woke up early and decided to hike over to where the old ram was living. We covered a lot of country looking for sheep when Shale decided to follow some sheep tracks he saw in the fresh snow. Shale came up the hill cursing that we had been following the tracks of the two immature rams we had spotted earlier in the hunt. Shale was quite frustrated at this discovery and he decided that we would continue hunting in this area until the next morning and then move to a different area. 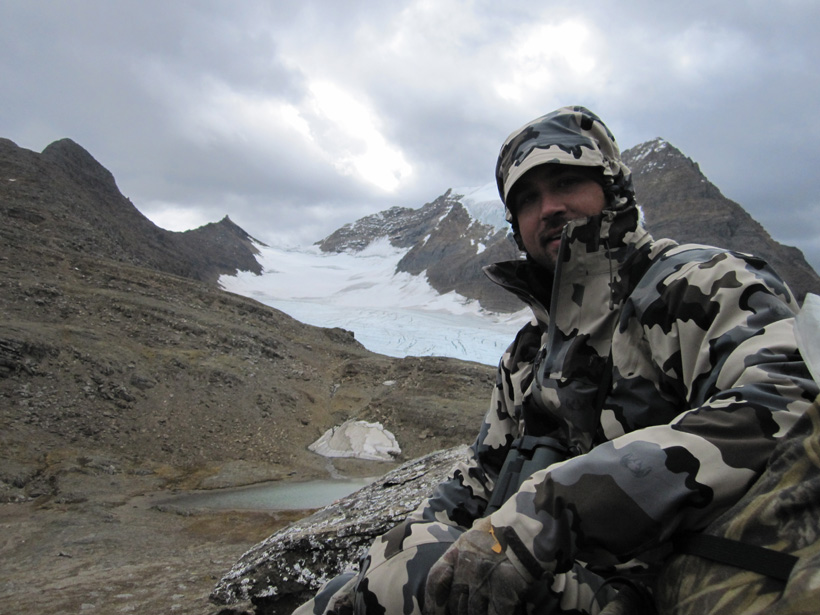 It was now the sixth day of the hunt. At first light we were making our way to the glassing spot when Shale spotted some rams. He turned to me and said that it wasn’t the old ram they had seen previously but it was a legal ram nonetheless. He then asked me if I wanted to go after it or take my chances looking for a bigger one. I didn’t hesitate in my decision. I had been hunting for 30 days and without a great opportunity to harvest a Stone sheep.

As long as it was a legal sheep, I wanted to go after him. Shale then made a plan to circle the ram from the rear, hoping to avoid any problems involving the wind. In the end, we navigated carefully considering the inconsistent winds and I settled in undetected, only 250 yards away from the rams. The set up was from a bench above and was perfect as Shale put the spotting scope on the oldest ram to confirm his age. As I waited impatiently for the go ahead from Shale, I focused my attention through the Huskemaw scope dialed at 250 yards. My dream was about to come true. 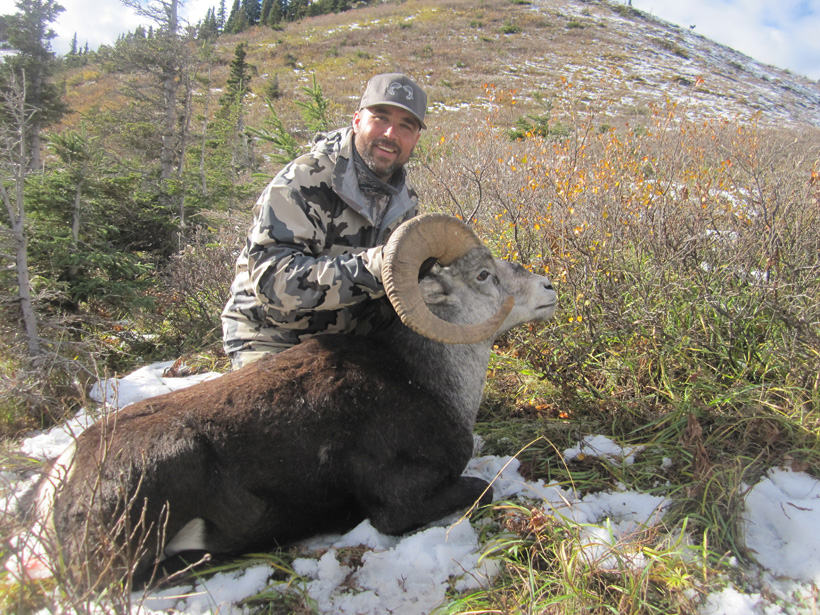 Although it seemed like forever, Shale quickly determined that the ram closest to us was indeed legal. As we waited for the subordinates to clear the way for a safe shot at the legal ram, I couldn’t help but notice the ram’s incredibly dark and beautiful cape. Shale and I agreed that once he turned broadside and was clear, I would take the shot. The ram went from grazing to working over a small willow with his horns leaving his final mark on the mountains of British Columbia. Once he was broad side I squeezed the trigger on my .300 Winchester Magnum. 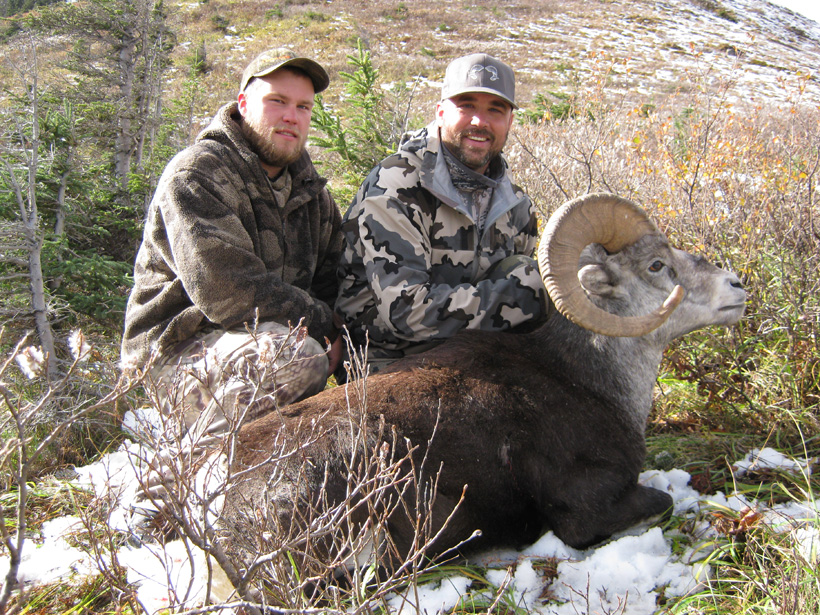 Just like that it was all over. Thirty days of hunting, thirty days away from my family, three trips, too much money, over 10,000 miles on the road and the feeling of finally harvesting a Stone sheep, priceless. 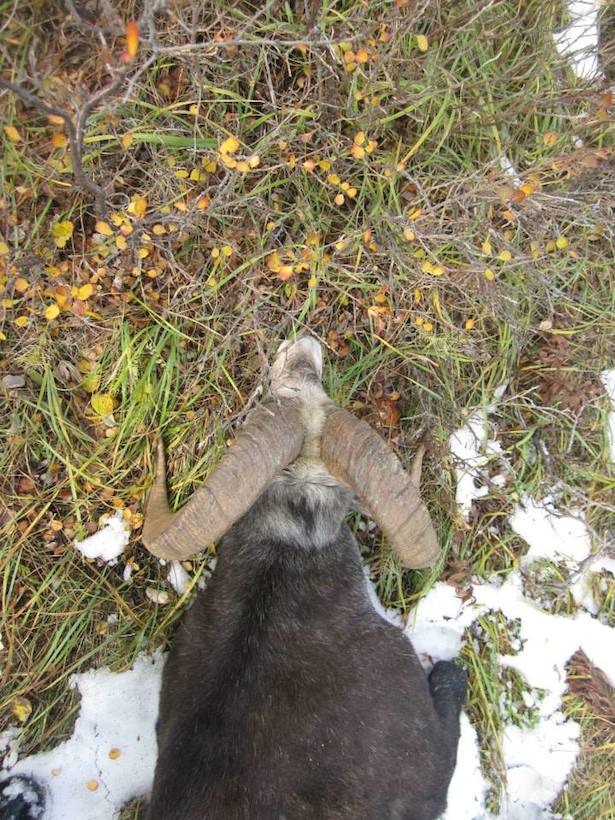 There was so much time, effort and challenge involved in completing this journey, and I wouldn’t trade any of it for the world. The many great people along the way, experiences I lived and relationships I built have all become part of who I am today. 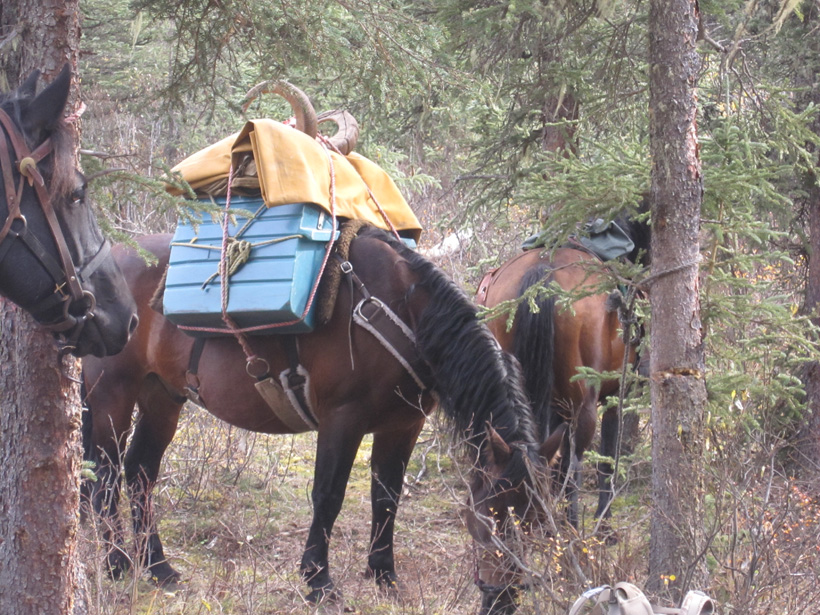 This time the car ride back to Idaho was made with a permanent smile on my face. Each part of my Stone sheep hunting journey has been something I will always carry with me and they make my hunting success all that much sweeter.