When Arizona implemented their bonus point system in the early ‘90s, my father had already been putting in for the desert bighorn sheep draw for a couple years. The thought of a bonus point to be earned every year helped boost his excitement because he knew he would be guaranteed a tag someday. 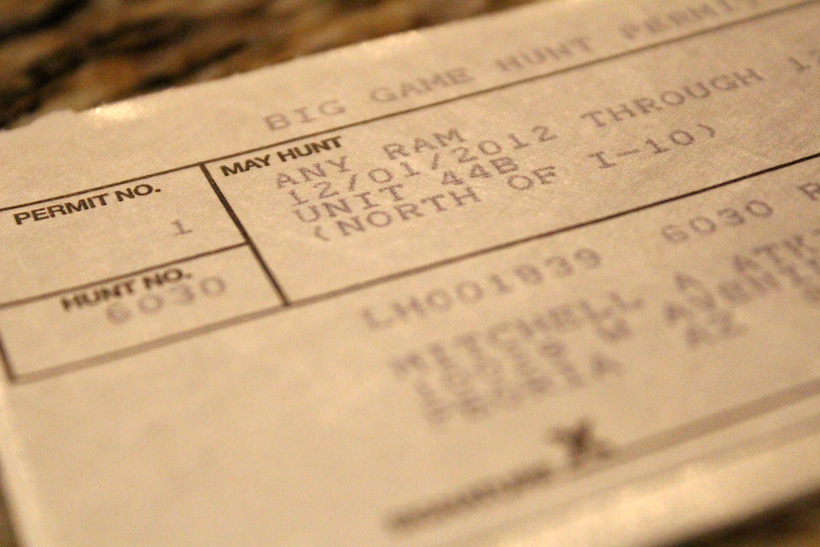 Fast forward two decades, many failed application strategies and one glorious July results day and my dad, Mitch, had his once-in-a-lifetime permit! 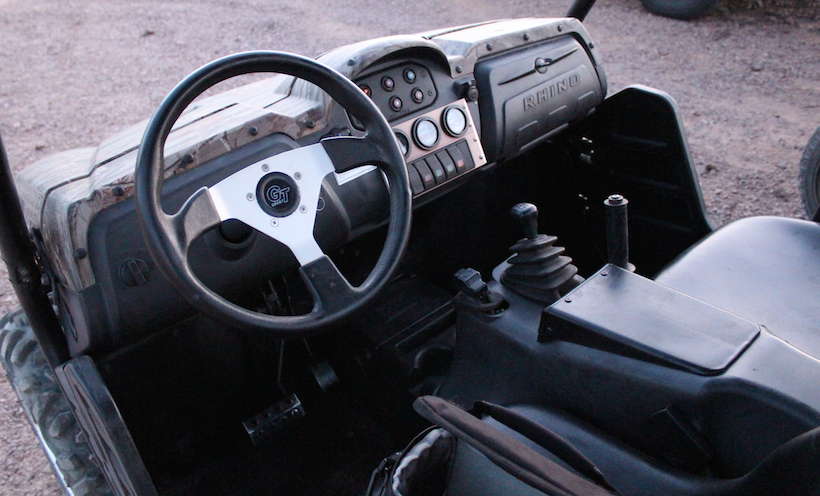 We prepped the Yamaha Rhino and basked in the fact that the unit drawn had plenty of ATV trails and very few wilderness areas. Access was not going to be a problem and scouting would be easy. 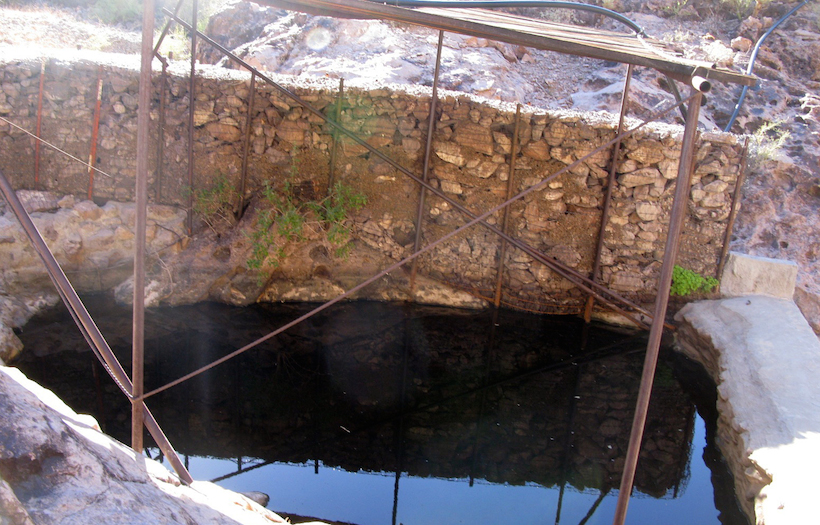 The unit is just 80 miles west of my dad’s home in Phoenix making it easy to locate the water sources and concentrated areas before the hunt began. 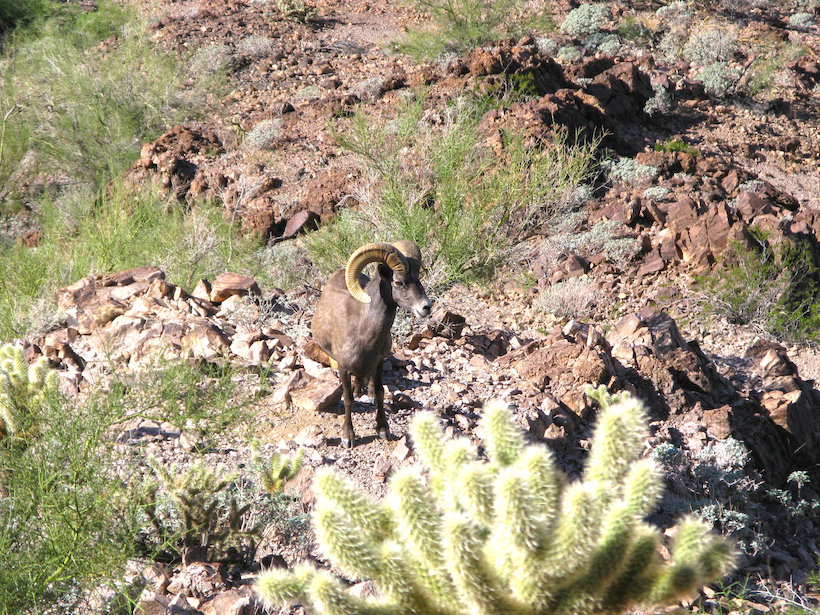 Younger rams were found, older rams were nicknamed and the anticipation grew stronger until we could finally hunt on December 1. 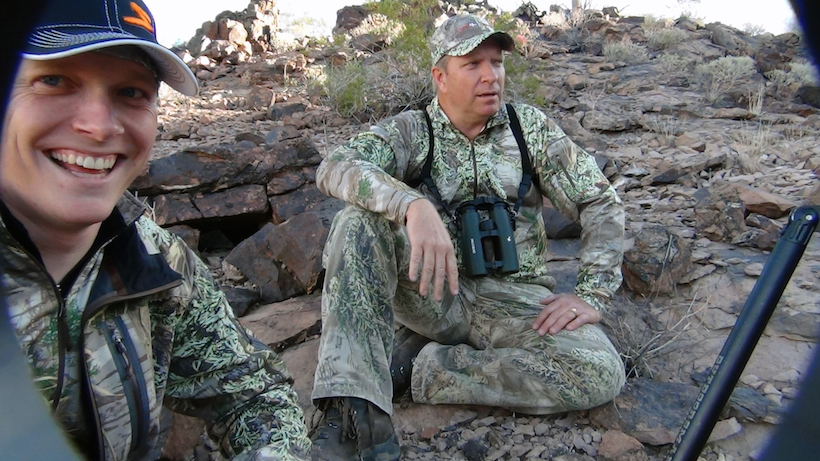 My late season rifle elk client had canceled due to a family emergency, so we were ready to go opening morning at my dad’s favorite glassing spot. We invited my dad’s first Arizona hunting buddy, Ron Slade, along with us. He met Ron the same year he started applying for bighorn sheep and always stayed in contact. 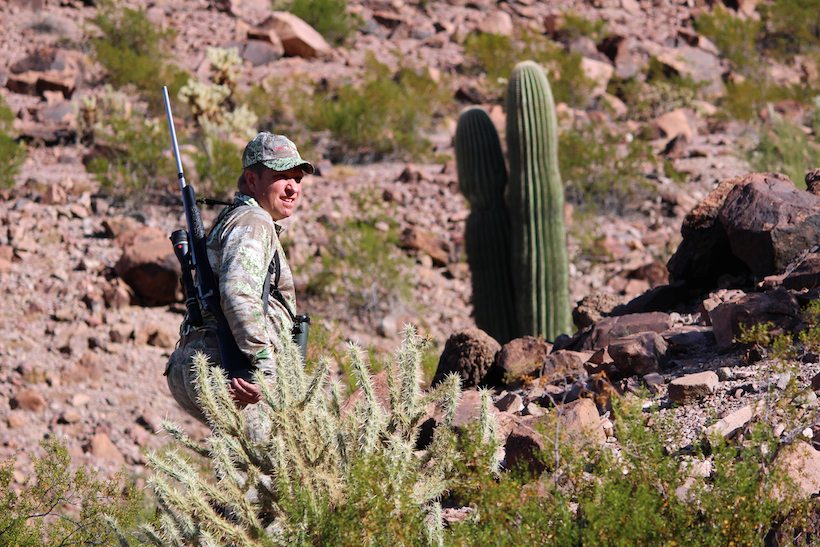 As the day heated up to 85 degrees, a typical Arizona winter day, we had not found the band of rams we had scouted the week prior. We knew they would be heading for the shade before too long, so we kept moving deeper into the canyon. 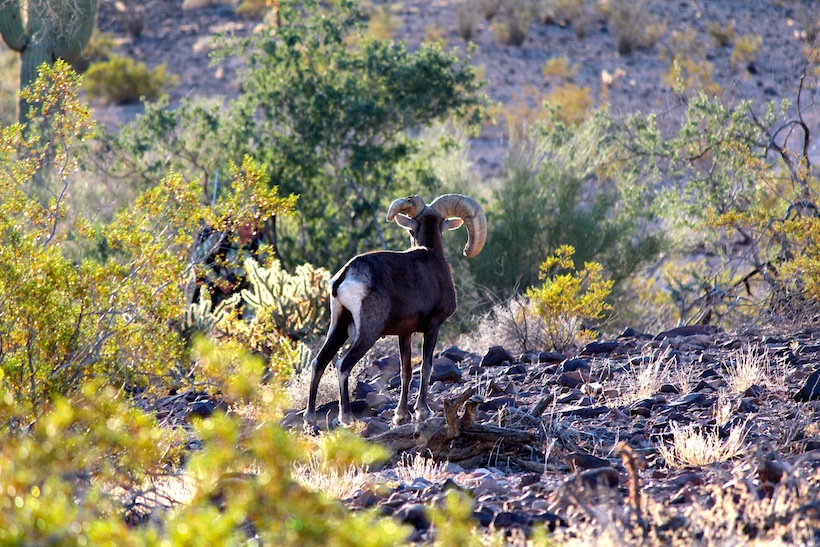 We ran into a beautiful, half-horned ram down in the low country that gave us a nice up-close encounter. His body was atrophied, his left horn completely missing and appeared to be in the last few months of his life. 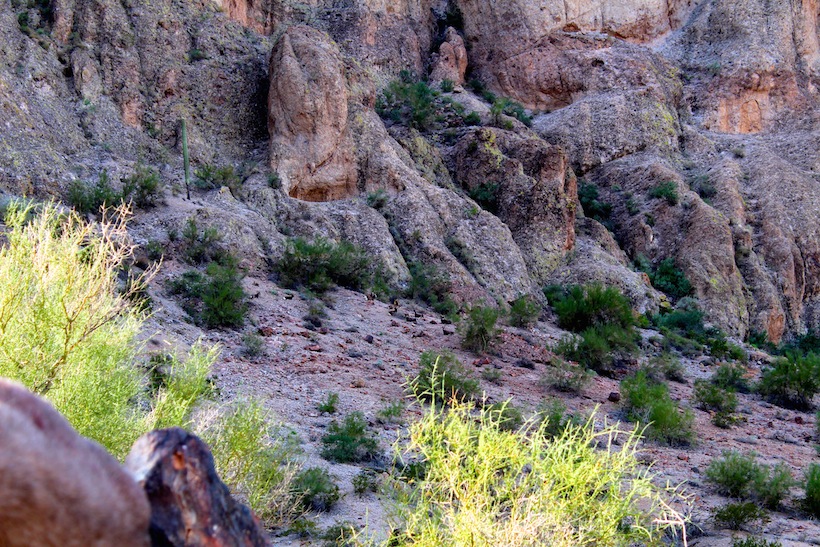 At last! My dad’s trigger finger was itching (keep in mind we are three hours into shooting light) but we found the group of rams we had been looking for. 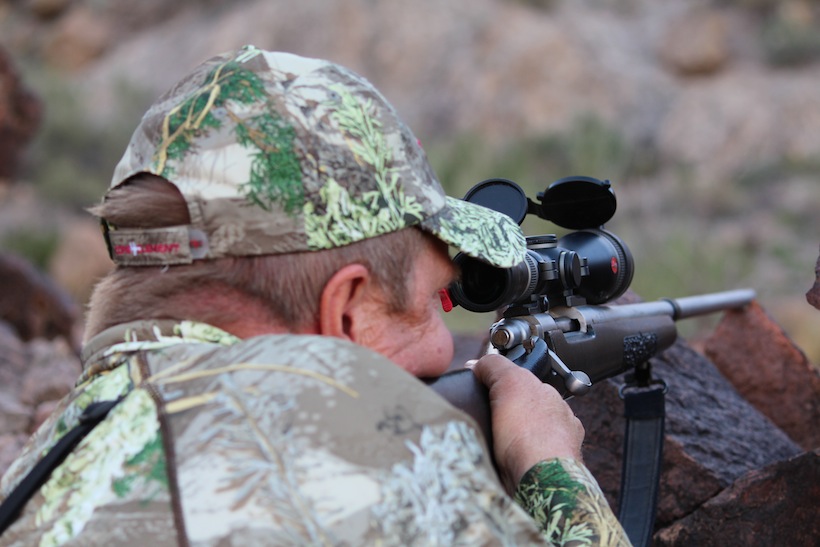 I previously tried to talk my dad into archery hunting for his ram, but the thought of a missed opportunity was too great for this maximum-points only permit. After judging the rams and comparing them for over an hour, he settled down and made one clean shot with his .300 RUM. 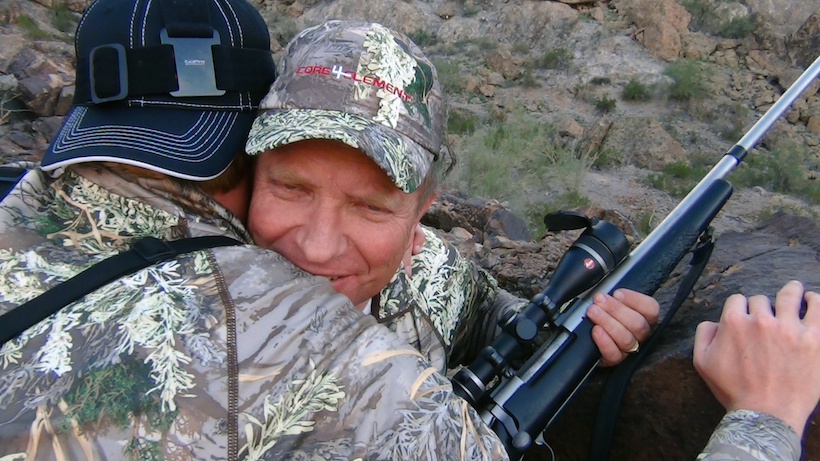 Nothing can match the feelings generated from hunting together as father and son. 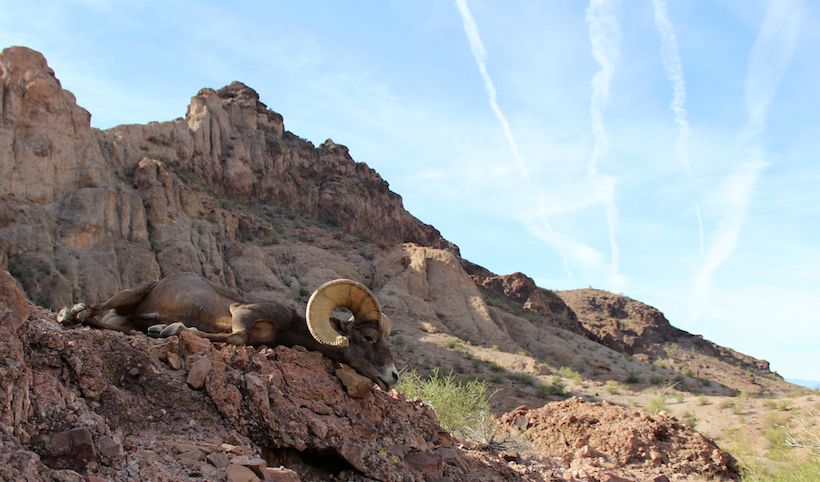 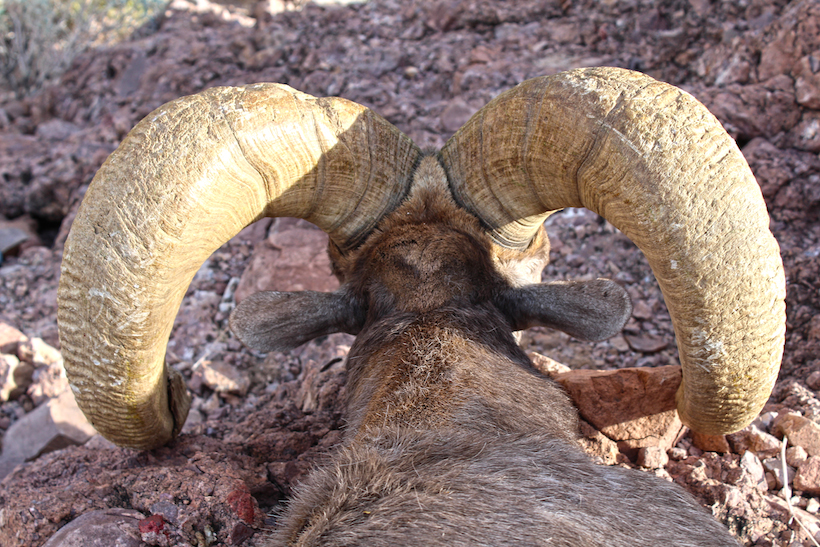 There’s more to sheep hunting than just harvesting a ram. It’s the stories told, the moments shared, and the emotions inscribed on our minds like scratches engraved on the horns. 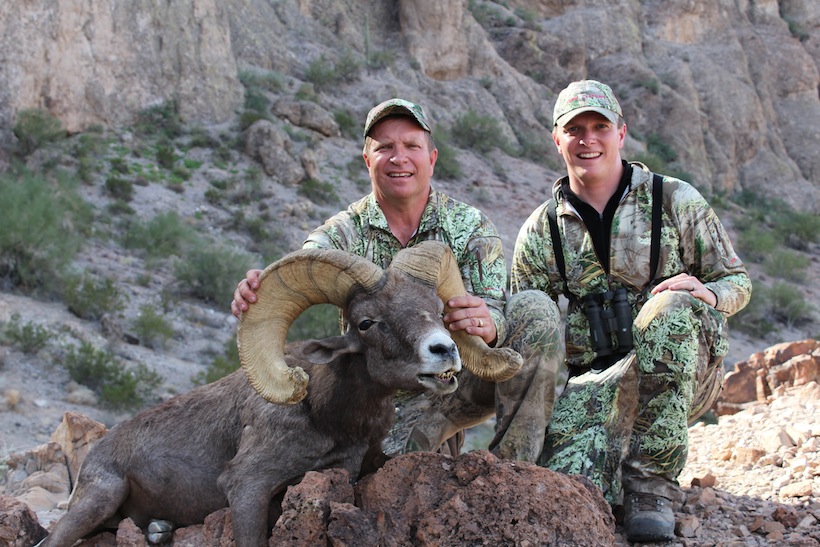 We carried the ram to the shade to take pictures, eat a snack and lower our heart rates. The quest was fulfilled. 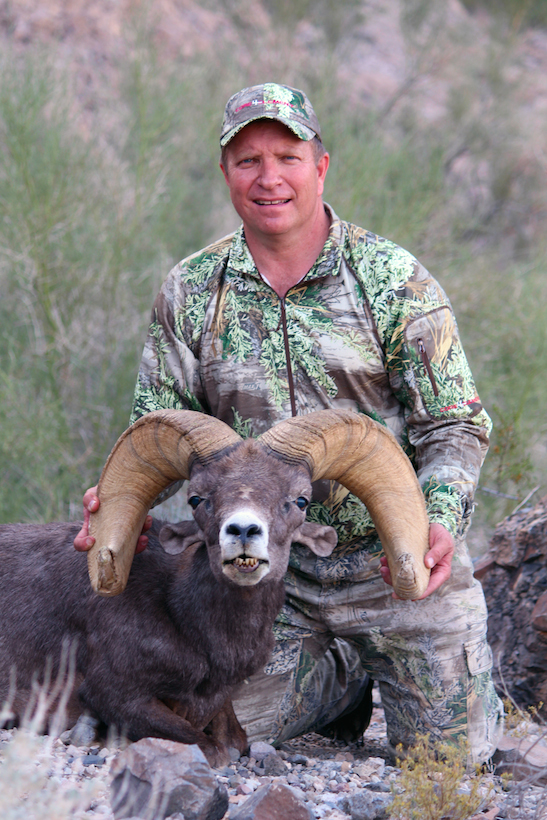 The ram was broomed heavily on both sides, his nose scarred, his body skinny and we would not want it any other way. We knew he would be close to the B&C mark. 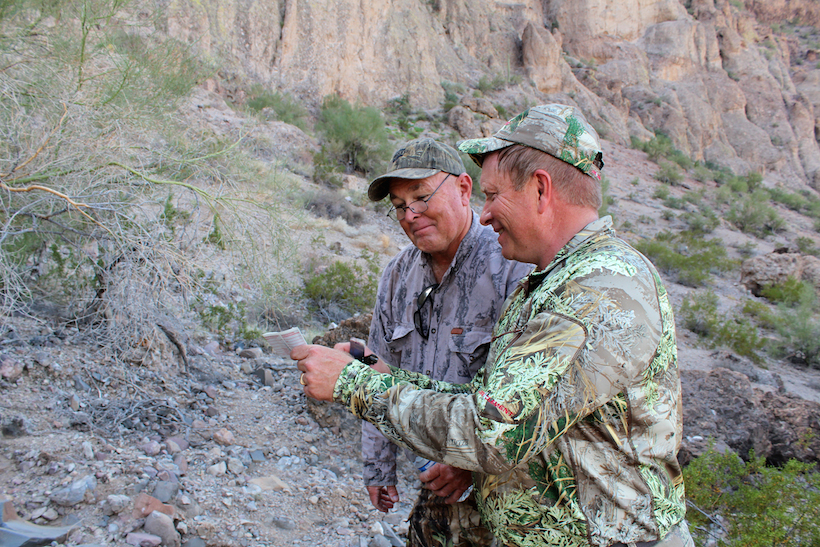 My dad showed off his Permit no. 1 tag before affixing it to his prized possession. 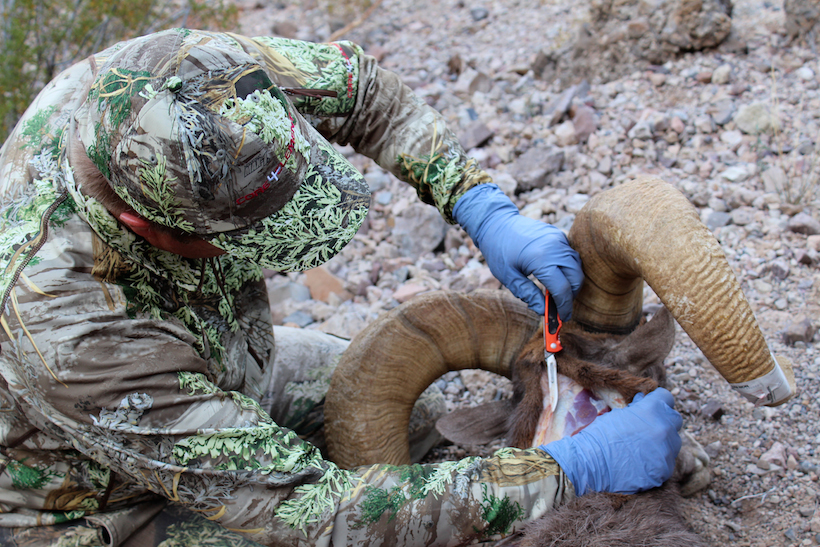 With the day heating up by the minute we began the careful dorsal-cut caping job to prepare the ram for his journey to the taxidermist. 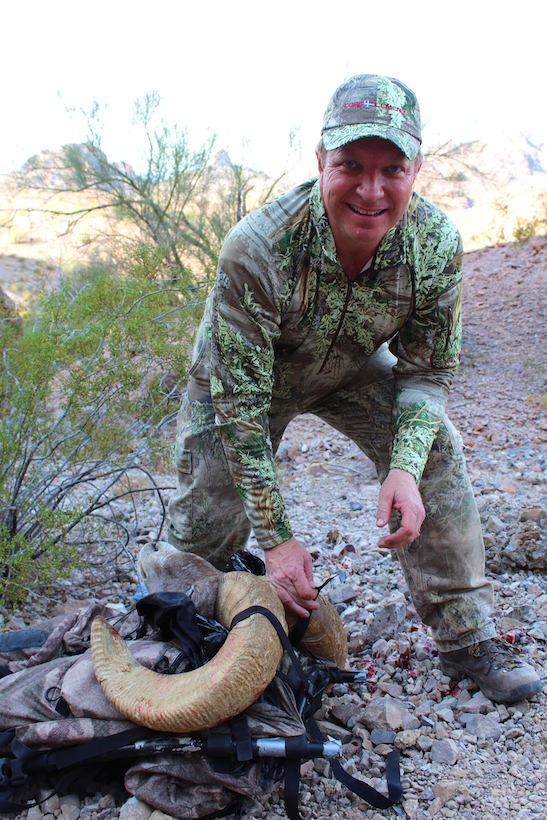 My father says one of the greatest feelings was strapping the ram to his pack and lifting him on his back. We knew no one could take the sense of accomplishment from his shoulders. 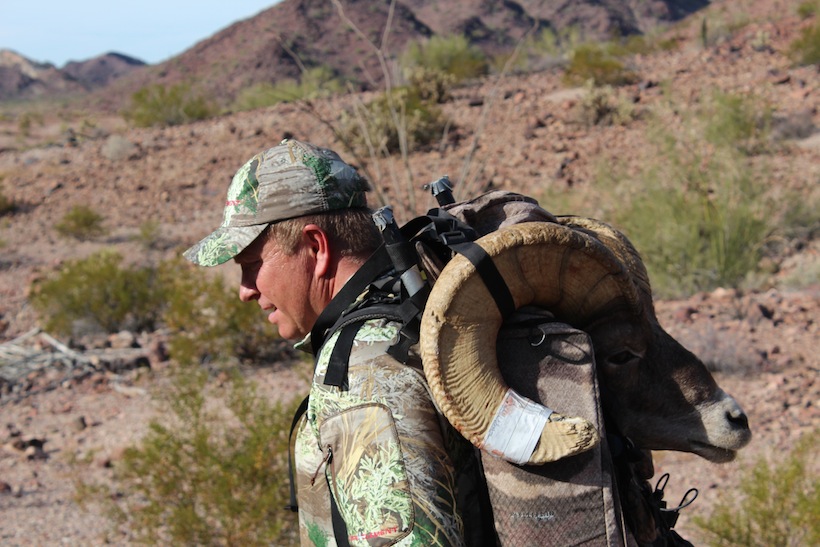 As a father of five, my dad wanted to get home to his wife and family to show off what he had been waiting for and stressing about all these years. 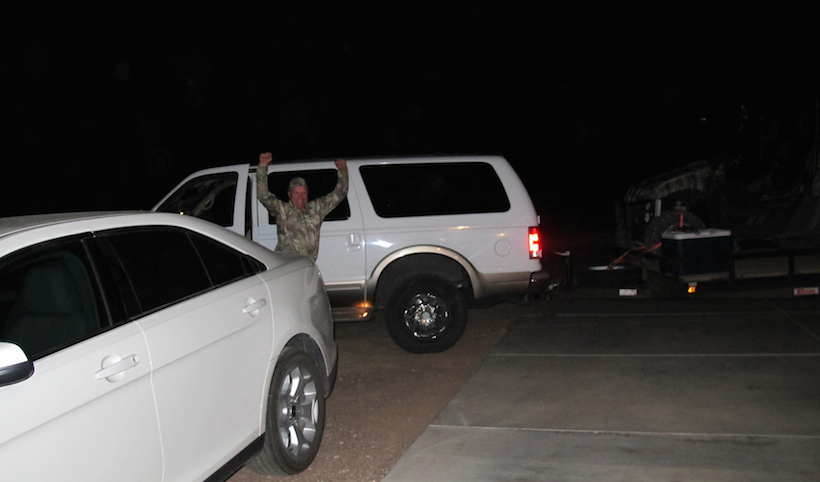 Hooray! We were met by my mom, my sisters, my wife and some friends that wanted to admire the trophy we had taken. The sun had set on opening day, but the hunt was not over. 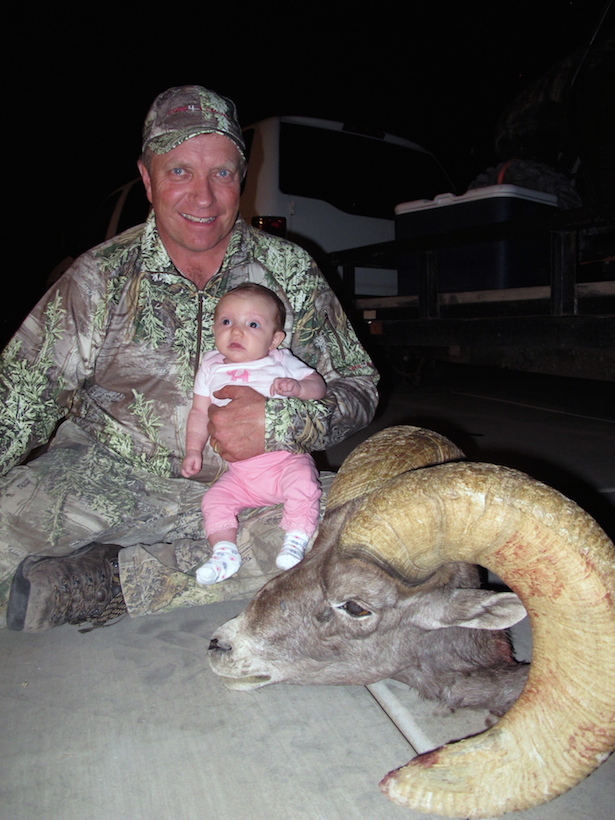 Even my 2-month-old daughter, Kaylee, got to touch the ram and was able to be a part of the celebration that warm December night. 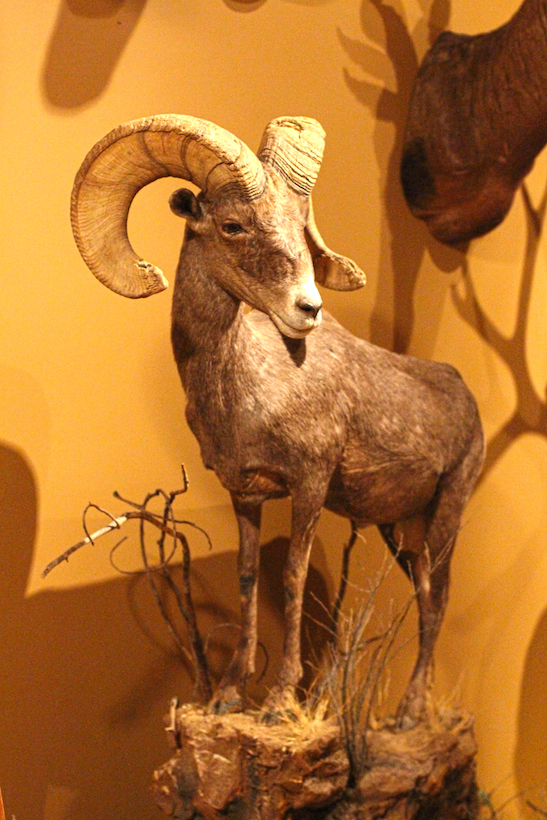 The animal does not simply die on the mountain; its legacy lives on. The ram is preserved in our home as a tribute to my father’s hunting heritage and to the efforts of state management. Thanks to Jim Hartsock of Southwest Wildlife Taxidermy, our family can enjoy the beauty of this trophy each day.