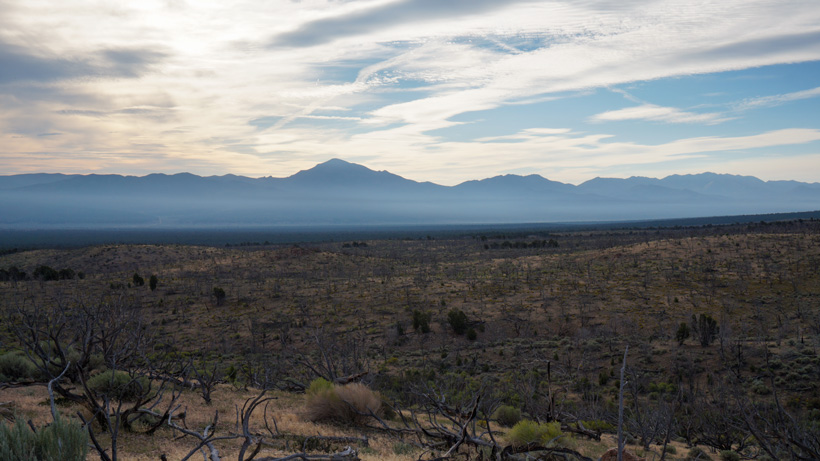 2015 was one of those special years in the West. Spring moisture swept across much of the southwest and the table was set early for an outstanding year of western hunting. For me, approaching the 2015 season came with the annual disappointment of not drawing any excellent tags. With the spring moisture in mind and an interest in returning to elk country, I contacted Lorenzo Sartini at goHUNT to see what landowner tags were available. In their usual fashion, the guys at goHUNT came through for me in a big way and I secured a landowner tag in south central Nevada. I couldn’t wait! 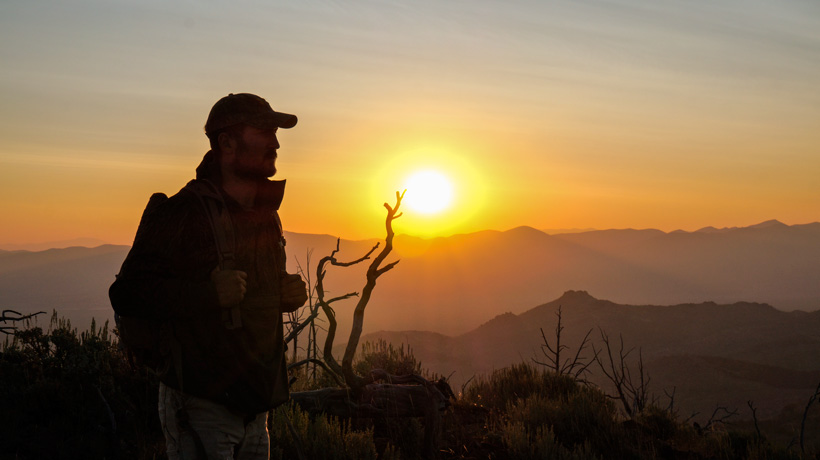 With a tag in hand, the table was set for an adventure I will never forget. As luck would have it, good friend and goHUNT contributor Dave Loescher had lucked out and drew a tag in the same unit. After contacting Dave, we quickly came up with a plan and decided to camp together. The archery season dates were Aug. 25 to Sept. 16. After some careful planning, I decided to arrive in the unit as early as possible; new country always takes plenty of time to learn.

The deserts of southern Nevada in August are hot! Arriving in the unit on Aug. 15 with a good friend, I was shocked at just how warm things were. Like usual, scouting started slowly as I adjusted to the new country. There was minimal daytime elk movement and lots of burning up pavement in search of quality areas and glassing points. With the help of Dave and good friend, Greg Krogh, eventually I started to see some better bulls and located some good concentrations of elk. 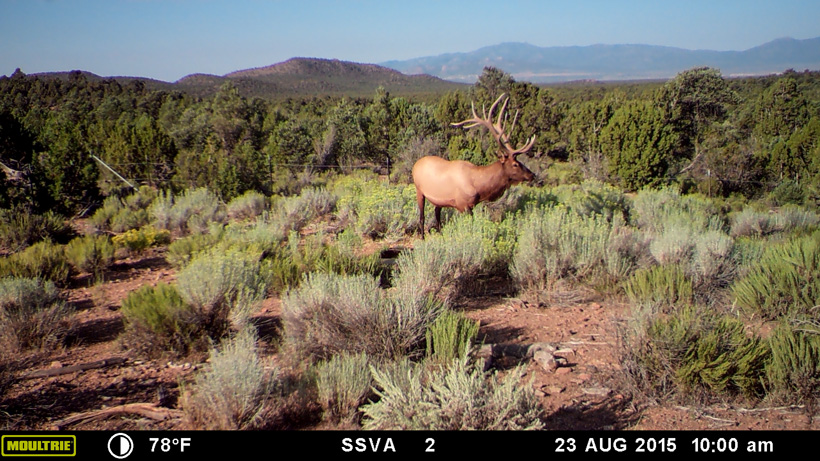 This bull showed up on camera prior to the start of the hunt.

With the season starting on Aug. 25, I made the trek down to Las Vegas on Aug. 23 to trade my scouting partner for my dad and take a brief break from the desert. Arriving back in the mountains on Aug. 23, the stage was set for what would turn out to be a long grind. Dave and his brother, Patrick, met us in camp on Aug. 24. With a livened up camp and high expectations, the hunt began. 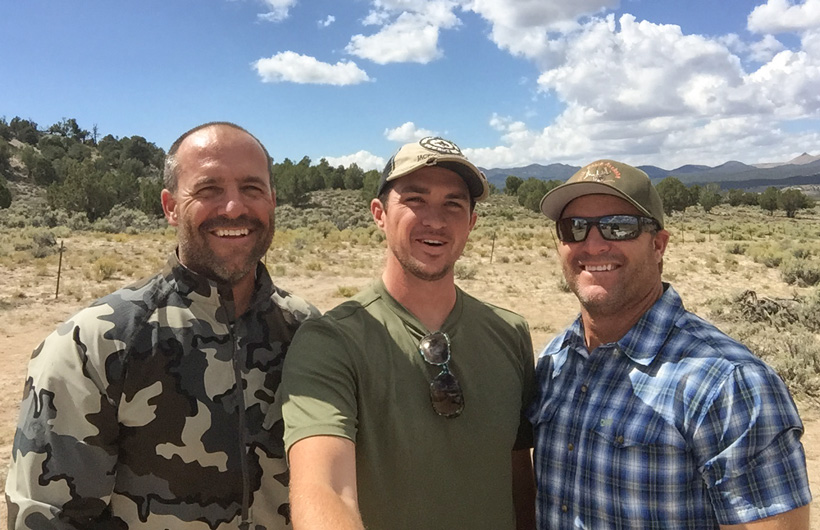 On Sept. 1, my dad had to catch a flight home. Dave and Pat had been in camp with us up to that point. Both opted to take a break for a week and come back after the rut developed. When I arrived back at the unit on the night of Sept. 1, camp was empty. With a little over two weeks of the season remaining, the pressure and intensity was increasing. 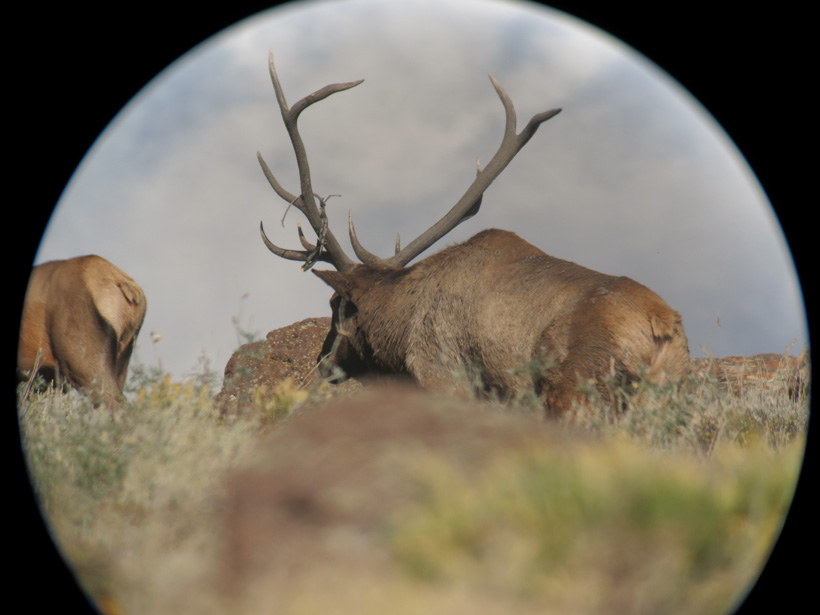 This bull posed at close distance for some great photos with my Tines Up adapter.

From there, things became a relative blur. Glassing, more glassing, and more glassing pretty much characterized my daily routine. As the rut began to heat up, new bulls began to show up around the various cow groups that I had located earlier in the season, but that special bull I was looking for failed to materialize. Looking over tons of smaller bulls, the days wore on to the point that without the recollections I kept in my journal, the exact details of each day has become hazy. 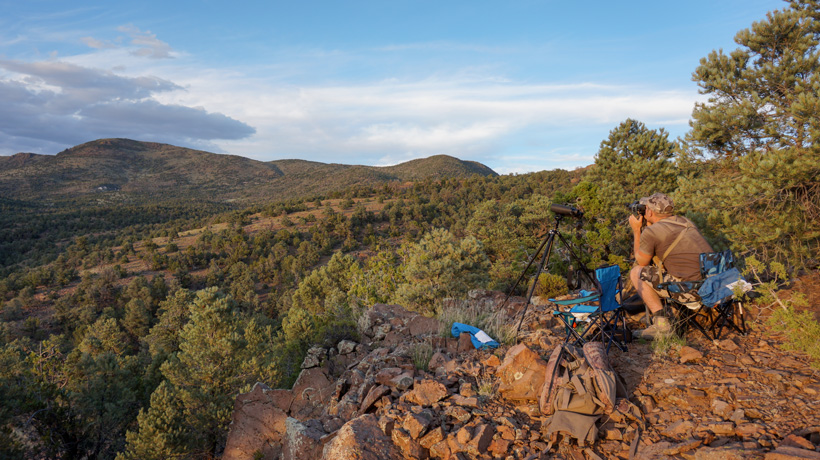 Sept. 9 came and went with no clear “shooter” bull to chase. In hindsight, all the time in the desert had made me picky and complacent. The search for the giant bull had consumed me completely. On the evening of Sept. 10, I located the bull in the video below. Despite a close encounter with him on the morning of Sept. 11, I made the decision to pass on the 45 yard shot and continue searching. I decided then that if I hadn’t located a better bull on by Sept. 14, I would return to that area and do what I could to harvest that bull.


Video footage of the Sept. 11 encounter.

The next few days were quiet. The rut was picking up, but there was still no monstrous bull. Returning to the area where I had previously seen the bull in the video above on the night of the 13, I decided it was time to hunt him and him alone. 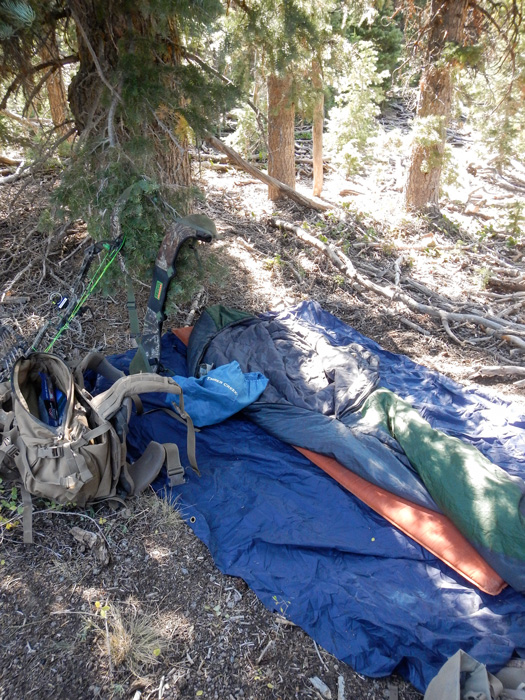 The bull I intended to hunt was in a remote area. Camping close to him and his cows cut down on the morning commute!

Early on the morning of Sept. 14, I located the bull with a large group of cows. Shadowing them throughout the morning, finally, at 10 a.m., I found myself within 80 yards of the bull. One well-placed shot followed up by another arrow for safety’s sake ended my 2015 Nevada hunt. 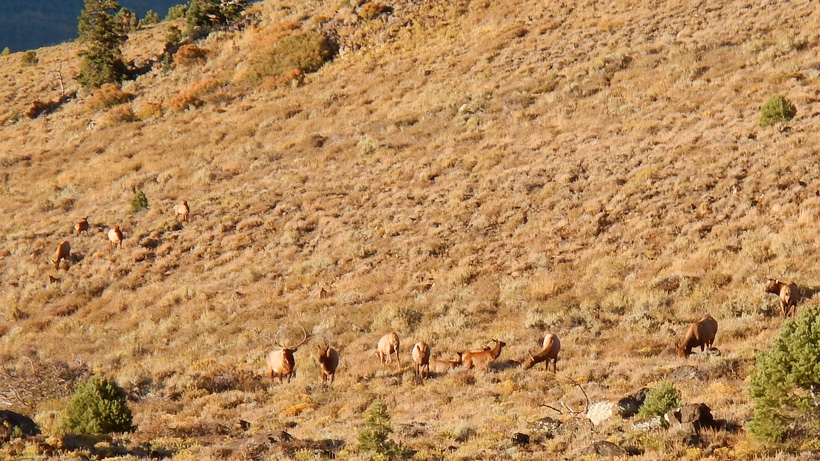 I snapped this quick photo 15 minutes before getting a shot at my 2015 Nevada bull. 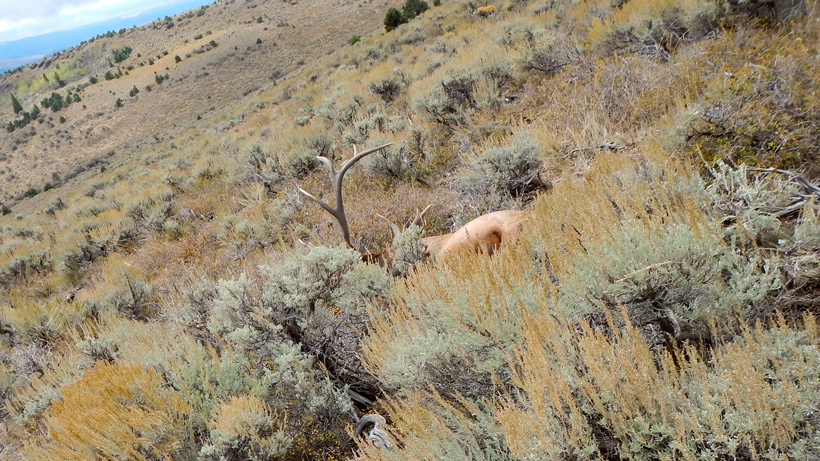 Walking up on my expired bull is a feeling I will never forget.

Taking a quiet moment to sit with my bull before I started the quartering and packing process, I thought back over the previous 28 days afield; the friends made along the way, the trials and tribulations, the unwavering support of family and friends, the months of preparation both in and out of the gym and on the 3D course get my bow ready. The emotions were overwhelming. 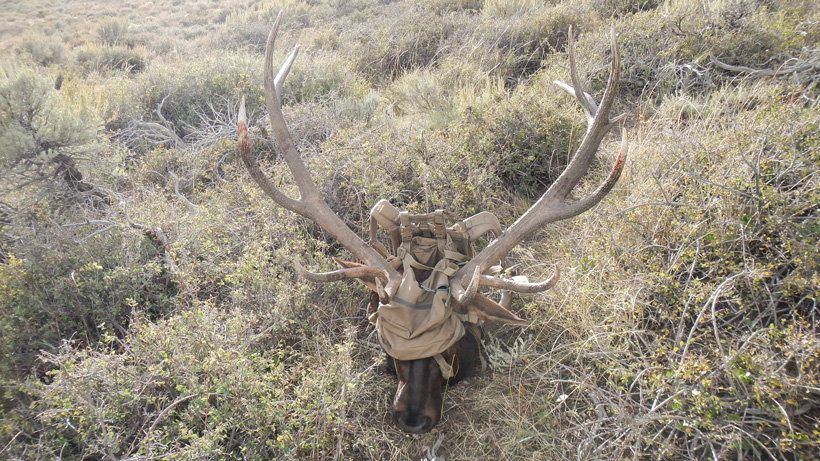 After collecting myself, the quartering and packing process went without incident. Naturally, the bull had chosen a heck of a place to expire and, at 11 p.m. that night (12 hours after he had expired), the work was done. It was time to say goodbye to the Nevada deserts and head home. 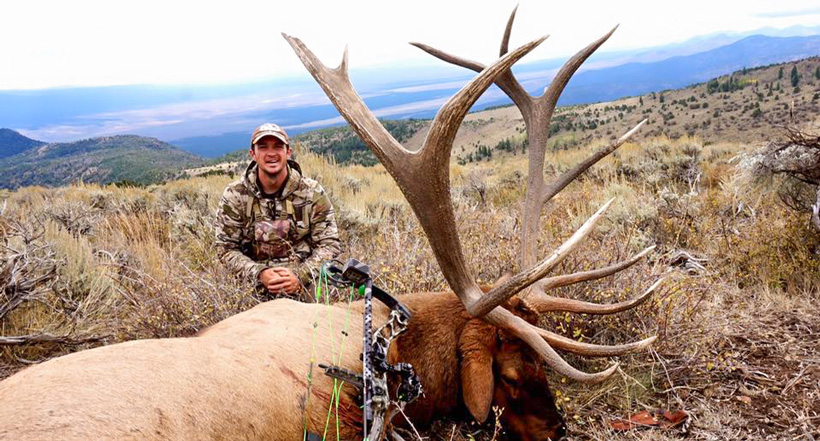 My bull ended up taping 360 2/8” with 23 inch 3rds and and 42 inch inside spread. During the hunt, I think I placed too much emphasis on numbers and score. Looking back, though, I wouldn’t change anything about my 28 days in Nevada.

Looking back at my time in Nevada is still a little overwhelming. The hunt was more physically and mentally challenging than I had ever expected. The desert is a strange place and keying in on the nuisances of the harsh country of central Nevada is tough.

While I’m still humbled and at a loss for words to describe all the events of Aug. 15 to Sept. 14, I am certain that such profound experiences afield don’t happen without a lot of help. First, I would like to thank the folks at goHUNT and, in particular, Lorenzo Sartini for making this hunt a reality for me. My dad, Dave Loescher, and Pat Loescher all provided tremendous support during the hunt and a great camp atmosphere. Another good friend, Matt Ondovchik, was kind enough to tag along with me during the scouting portion of the hunt. Good friend and hunting guru, Greg Krogh, provided much needed advice throughout the hunt and even lent us a camp trailer for part of the hunt. Without a great group like this, memories like this don’t happen.

As the application season wears on and the off season takes hold, I often find myself gazing at the corner of my small office where my 2015 Nevada bull now resides. Good elk tags don’t come along often and now, with a little time and a little separation and with a deep breath and smile, I can say I made the most of mine. With the Nevada application deadline rapidly approaching (tonight at 11 p.m. PST is the deadline), I wish you all the best in the draw and encourage anyone lucky enough to draw a tag or find a landowner voucher to make the very most of their hunt.

You can review the 2016 Nevada Mule Deer, Elk and Antelope application strategy article below.