Staying in the game 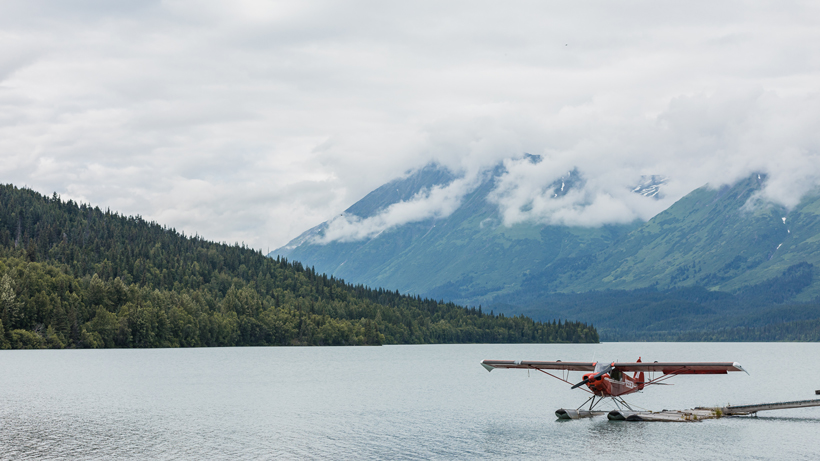 The story I’m about to tell is a snippet of life that I see in my mind and reflect upon frequently. I grew from it. It taught me how to “stay in the game.” so to speak most of my growth stories end with the same summarization: The key to success is to stay in the game. This means maintaining high-level thinking—the key to which is mandating that you are rested, dry, fed, watered and warm!

This particular growth moment occurred while Shaun Ayers—a fellow gear nerd—and I were pursuing caribou in northern Alaska. There was a time when I would have casually said that we were chasing caribou, but I’ve quit using that verbiage and encourage you to do the same. It will only serve to allow your brain to let you actually chase the animal you pursue. Rarely does chasing ever result in success. If you are hunting, it’s best to take the mindset of a true hunter. You can do this by adding psychology to your game and training yourself to only use verbiage like stalking, pursuing, or ambushing.

It was a chance occurrence that he and I were able to coordinate this last-minute trip. He was supposed to be bowhunting blacktails on Prince of Wales Island. When his companions backed out last minute, he recalled that I was planning a quick run up Alaska’s famous “Haul Road.” We talked and he changed his Alaska plans so we could bowhunt and test gear together.

It’s hard to explain the grandeur of that drive and I just can’t take the time to do it here. If you’ve made the trip, you know how your anticipation builds the farther you head north. Then, you cross over Atigun Pass into caribou country and your excitement explodes. It wasn’t long after this point that Shaun spotted the first caribou along a dreamy ridge; a ridge I was indelibly familiar with. Every time I’d previously driven past that ridge, I would say to my hunting partners (or aloud to myself), “Man, I’d love to find some caribou up there. That is so stalk-able. It is simply ideal bowhunting terrain.” 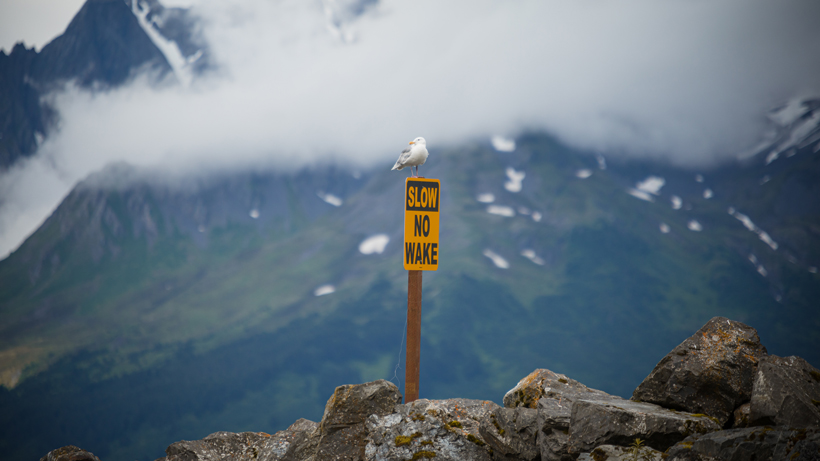 That small band of cows meandered along and we tried to find the first bull to admire. Where that long rocky ridge met the face of the big mountain, I glassed the dark, velvety curve that blended into the boulder field. It was the kind of antler that you look at and say, “Oh boy…I found our bull.” We then uncovered numerous other bulls bedded around him. They were all specimens that I would have been happy to arrow had I not seen that majestic dark horn. I was eager—antsy—to start stalking him. We put the spotting scope away and transitioned from road-trippers to bowhunters.

I skimped on proper preparation and neglected to prepare my daypack because I just didn’t want the burden of a pack. I was hyper-focused on achieving my goal of arrowing my first caribou bull and it was right up the hill. I was infatuated with him. I grabbed my bow and led the charge up the rocky hillside towards the ridgeline.

Along that crest, we crept from boulder to boulder and peeked over each of them with Shaun’s periscope until we found that forest of antlers. Then, I used the leeward side of a long berm to infiltrate into the archery range. I applied my face paint, tucked some foliage into my boonie hat and peaked over the lip to assess the situation. A great bull was rubbing himself on a boulder just 62 yards away.

Shaun was prepped to arrow that bull—arrow already knocked—but acknowledged that I had the first shot. I was nauseous and embarrassed to report back that I wasn’t comfortable shooting that far. It was the second-largest bull of the group, too. While I knew that many folks would take/make that shot, I had not been shooting my bow long enough to feel that was an ethical choice. More so, it was the dark-horned monarch I was after. Maybe I was also betting we could let the situation develop; lay there concealed and wait until they fed and we’d both get an opportunity. All we had to do was lay in that soft tundra and be patient.

Though spongy, soft and free from things to poke you in the ribs, tundra is ruthless. The wet and coldness of it relentlessly attack your gear until it creeps into your very core. With no barrier pad to lay on, my gear became saturated; too dirty and rallied to properly perform its job. My body heat now robbed by the wet round, I began to shiver. I staved off the chill for a short time by doing isometric ab exercises, but my chattering teeth made it blatantly obvious that I was no longer in the game. That’s when Shaun spoke the words that began this article and I learned that I hadn’t been properly caring for my rain gear. His educational words changed my life, but his next action saved the day.

From his right leg cargo pocket, he pulled out a super down jacket. He offered it over so casually as if to say, “You mean you don’t carry one of these with you at all times?” I graciously accepted the offering, slid away from the edge, applied it beneath my rain gear, re-warmed my blood with some pushups and was back in the game. He and I convened back on the crest and I clear-headedly discussed my goals. I recited the old cliché, “You don’t shoot big animals if you’re always shooting the little ones first.” My high-level thinking was back. And so it was agreed: we were going to play chess with those bulls until I killed the dark-horned one.

We split up. He went left to some downwind rubble. I kept a crosswind and crawled behind that long berm until I noticed a quaint rock pile. I slithered into this ambush point and nestled into the rocks. My face peered through a small notch between two stones; it was the only part of me visible from the other side. The fates and gods cooperated as I watched the scene progress. The great bull strayed from his companions and coursed towards my blind. I positioned my eyes and body to focus ahead of him and on the spot where I’d draw and release my arrow.

I didn’t plan on moving until he reached that spot, but that changed when I saw a flash of movement out of the corner of my left eye.

My eyes couldn’t reach the flash so I slowly turned my head, too. There were antlers just 20 yards away. I was so focused on my spot that I didn’t see this other bull approach. I could see eyes and antlers squared to me. He was dangerously close to my downwind. My nerves gripped my guts as I sensed the situation had changed dramatically. I had to decide then how the situation would end.

Those mantras played through my mind again: “Make a goal and dedicate everything you have to it. You will shoot a caribou with your bow. You won’t hunt anything else until you do…you don’t shoot big bulls if you are always shooting the little ones…” As I rehearsed these phrases, the small bull casually started scratching himself on a rock. I wasn’t busted at all. I was just in the middle of all the excitement. Once contently itched, the young bull lifted his head and walked away. It was as if the gods were testing me and I had passed the exam. In concert, the dark-horned monarch coursed into bow range.

I don’t know how long it took. I don’t know what else happened around me in the meantime. All I know is that I sat there immobile and counted his steps until he was 50 yards away. That perfect spot I held focus on was just three more feeding steps ahead of him. That was where I would end the game. That was the plan until his course began leading him up the hill quartering away from me.

I contain my emotions and thoughts with logic. I knew he would remain oblivious to my presence until the arrow pierced him: I could readjust my position behind my rocks. I knew he wasn’t getting closer. I knew I could make that shot.

The arrow’s path began through the notch in the rocks and ended, lodged in the gravel behind the dark-horned bull. In the middle of those two spots, it severed a massive artery. He jolted ahead completely unaware of why he hurt and, then, circled downhill on a path just a few yards in front of me and stopped at the edge of the berm. He looked left and right in search of the danger, but the danger remained nestled in those rocks. Blood poured from his side as though the cork had been knocked from a barrel. I followed tradition and relished in the slow-moving minutes after I made a harvest. 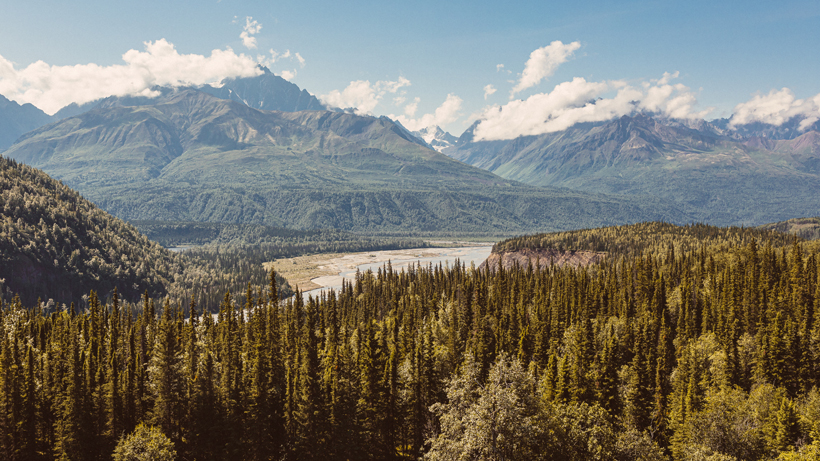 I salivated over the thought of his meat and visualized fire-roasted tenderloins; the flavor would be optimized with all that blood drainage and without a big stress hormone release. His confused companions gathered between my rock and the expired bull. I thought of the story I beheld and looked upward to give thanks for the scene and for the life of that great bull. I asked the Creator to bless my friend Shaun for helping me get warm, dry and back in the game on the great Alaskan tundra. I vowed I would never again hunt without super down layers, rain gear and a closed-cell foam pad in my backpack. I would forever check in with myself and ask, “Am I in the game? Am I maintaining high-level thinking? What do I need to stop and fix to get there?“

As I watched a new bull assume the role of leader and guide the other bulls towards Shaun, I hoped that my wise—and disciplined—friend’s kindness would be repaid with similar fortune.