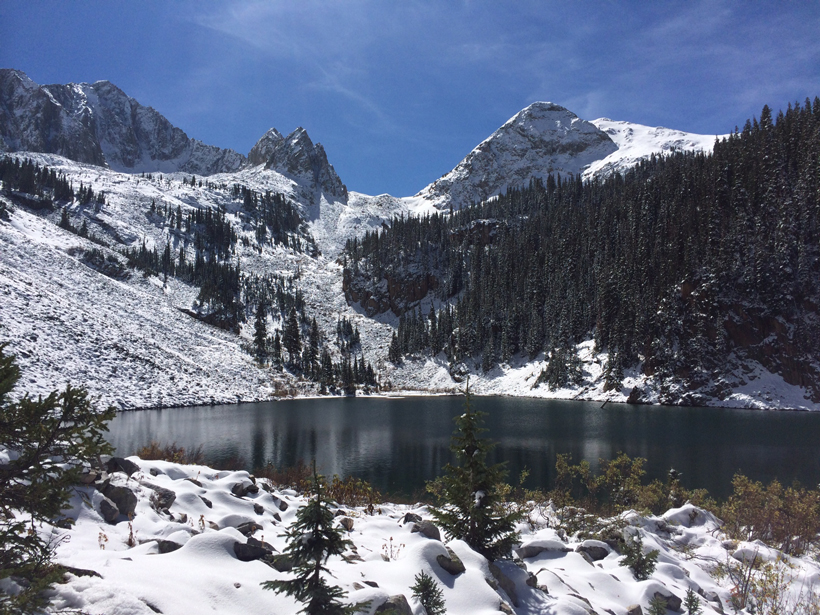 Last April, I received the call of a lifetime. The phone rang and when I answered it, the voice on the other side asked: “Kirk, are you sitting down?” When I said that I was, the person on the line continued. “This is Terry Meyers, President of the Rocky Mountain Bighorn Society. You won our Governor’s Tag raffle!” Needless to say, I was immediately overwhelmed and knew that my priorities were to undergo a significant change over the next six months.

Colorado Parks and Wildlife (CPW) District Manager Matt Yamashita gave me some excellent advice on preparing for my hunt, suggesting that I review the sheep statistics page on CPW’s website. It provided a lot of information as to which units had produced trophy quality rams. I also attended the CPW Sheep Seminar in June and gleaned more valuable tips not only from the CPW, but also from other hunters and guides.

I came up with three priorities: I wanted to harvest a ram worthy of the tag, hunt in Western Colorado, and try to harvest a respectable ram without using a guide. With this in mind, I decided to concentrate my scouting in three areas: S74-Glenwood Springs, S59-Derby Creek and S25-Avalanche Creek, leaving S44-Basalt as a backup for a late season hunt. One of the problems with receiving the Governor’s Tag, there is way too much Colorado country to scout! 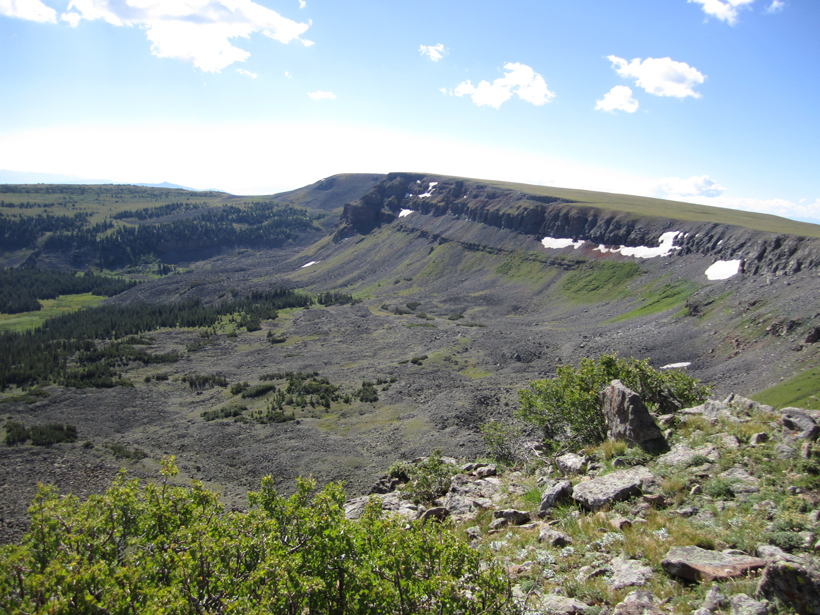 With the help of hunting friend Bill Hayden, I contacted Julie Mao, a CPW Biologist in Glenwood Springs and signed up for two sheep counts, one in Basalt and one in Derby Creek. These were incredibly valuable as we spent several days teamed up with other volunteers and CPW personnel counting sheep in the Basalt and Derby Creek units. 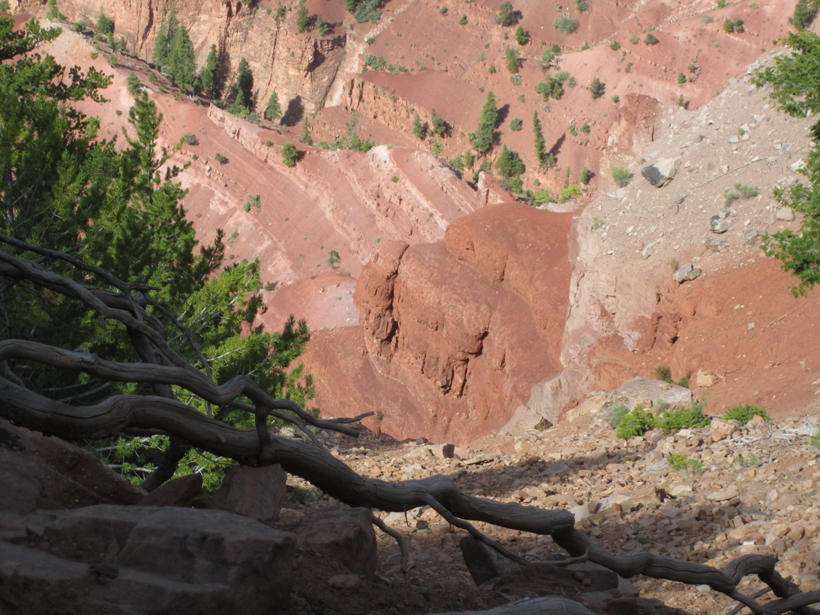 In addition to picking the brains of very sheep savvy CPW biologists, I also increased my knowledge of sheep habitat, especially in the two units we were counting. 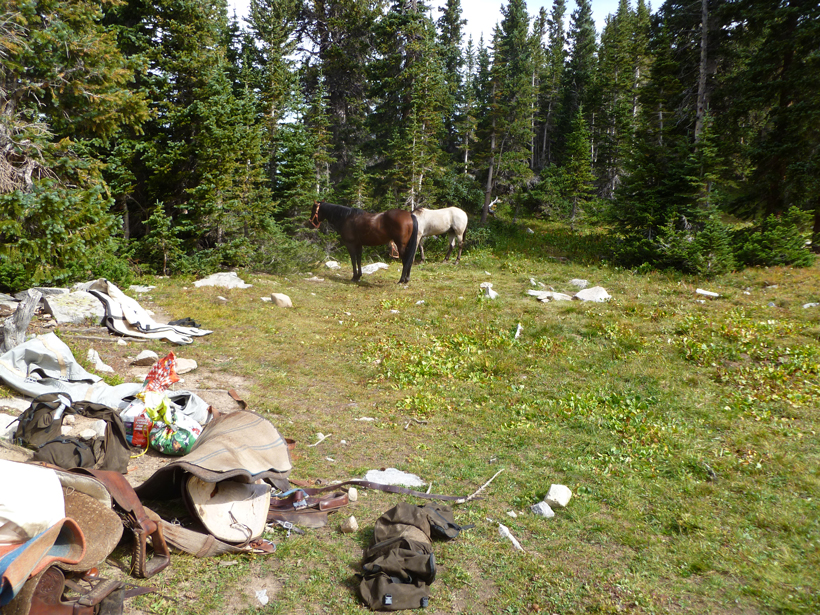 The results of our scouting and discussion with past and present CPW personnel led me to start my hunt in S25-Avalanche Creek. I had two openings in my schedule for four-day hunts in September. For the first one, my brother, Lee, who is from Seattle and had just turned 69, joined me. Packing my horses, we started up Capitol Creek on a Wednesday afternoon in early September and hiked in the eight miles to Capitol Lake. Although Lee was in great shape, climbing to 10,000 feet took its toll and he developed a slight bout of altitude sickness the next morning. 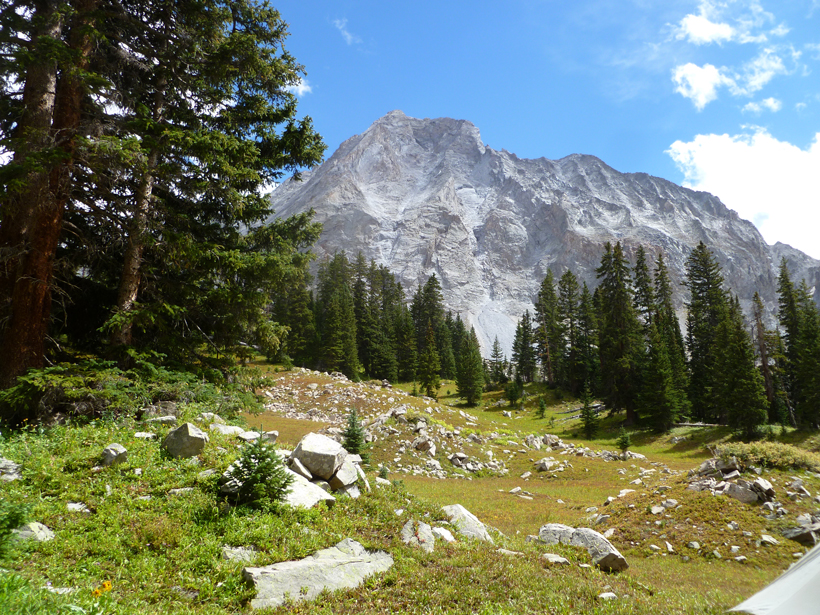 After a brief solo hunt that morning, we continued over Capitol Pass and set up camp. 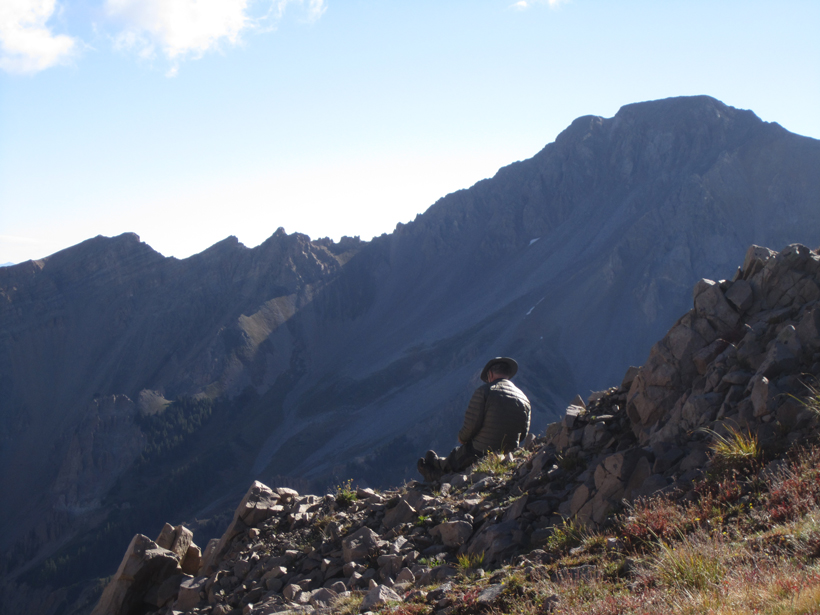 Lee above Capitol Creek (Capitol Peak in the background).

Lee completely rebounded and although he is eight years older than me and came from sea level, he kicked my butt all the way up those 12,500 foot ridges. 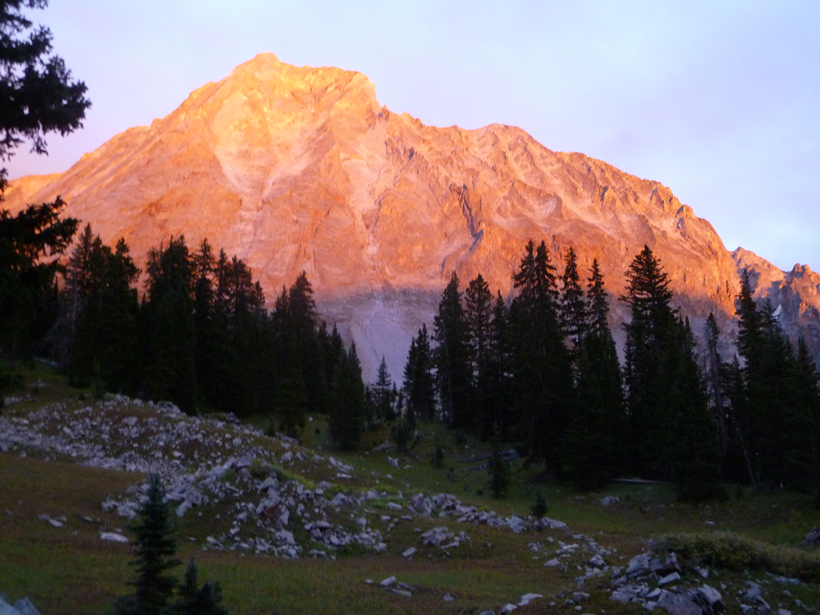 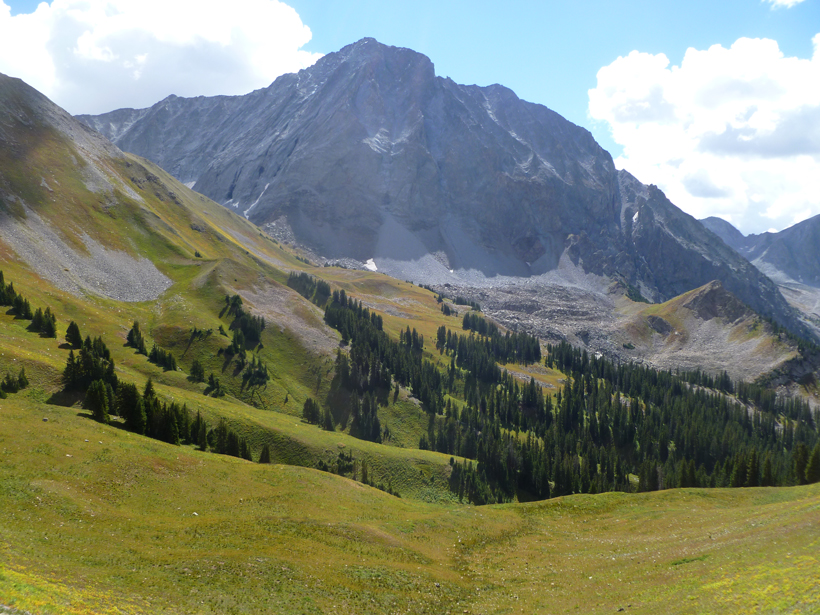 Capitol Peak from above Capitol Pass.

It was a memorable hunt in some of Colorado’s most beautiful high country and, although we did have some ewes and lambs come into camp one afternoon while we were sleeping, we did not see a ram. 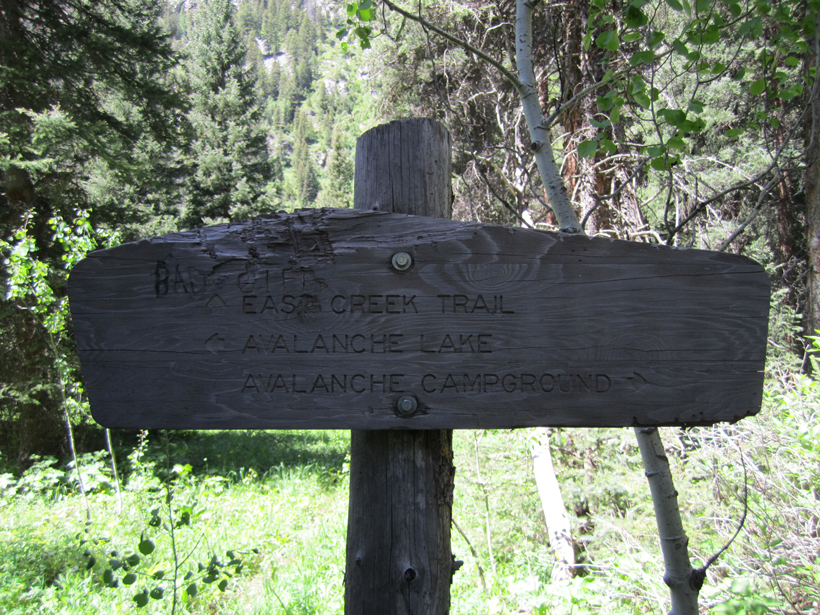 My son, Scott, joined me for the second four-day trip. This time, we decided to venture up Avalanche Creek, accessing the same area from the south. 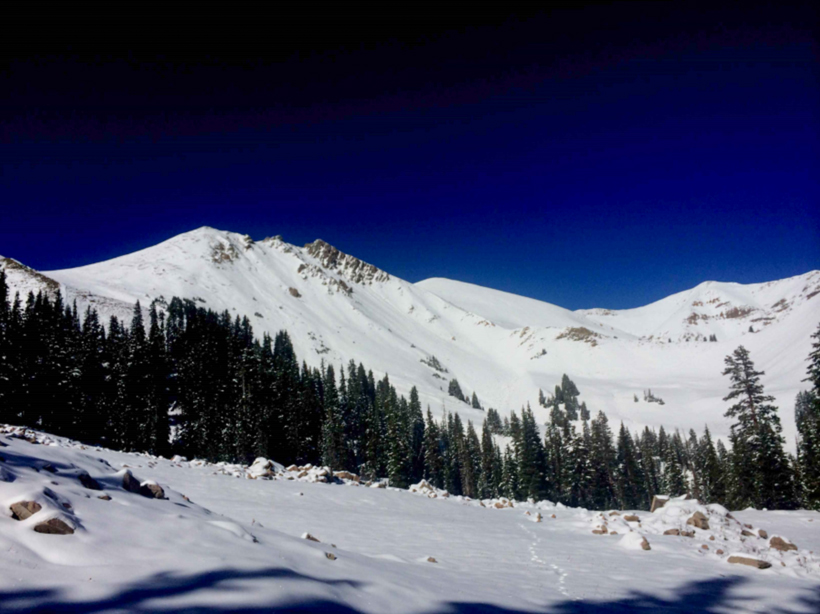 Our timing was perfect. It snowed hard on Wednesday. With bags in tow we hiked in eight miles and set up camp in about four inches of snow. The next morning we climbed into Avalanche Lake and again up to Capitol Pass, scoping the fresh snow and looking for tracks. 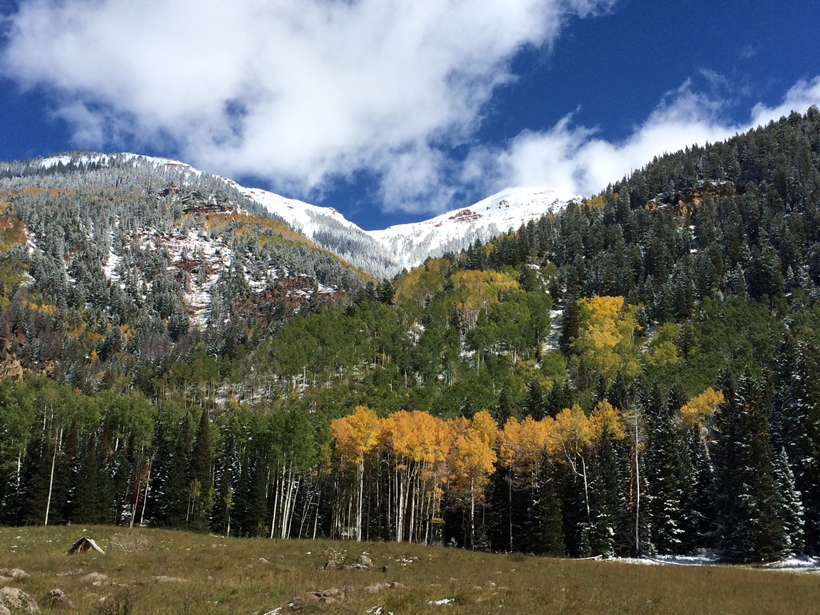 Finding no tracks up high, we packed up camp and dropped down lower to resume our glassing. We saw bears, goats, elk and deer, but again no rams. 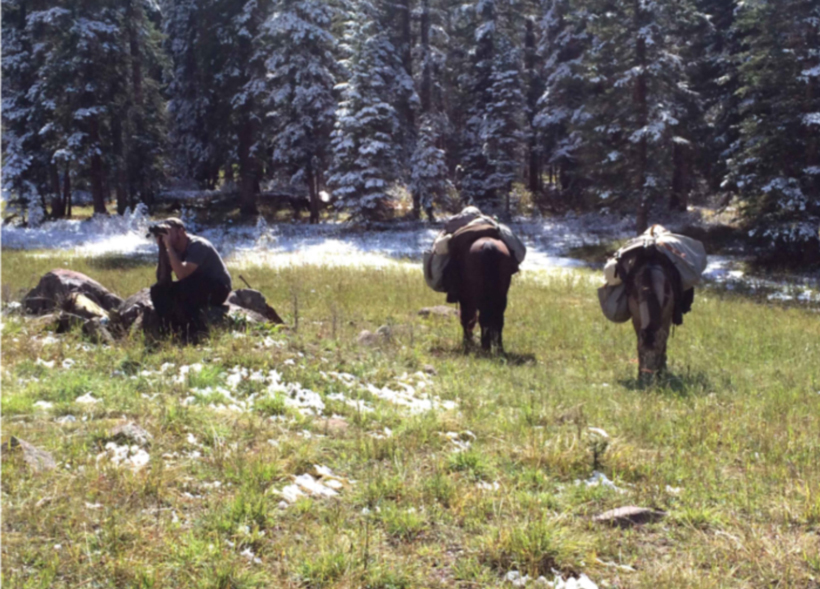 Duty called and I had to go back to work (I am the Music Director of the Grand Junction Symphony). I did manage another weekend hunt with my friend, Brian Scherping, down to the Lake City area. We saw lots of great country, but again had no luck. 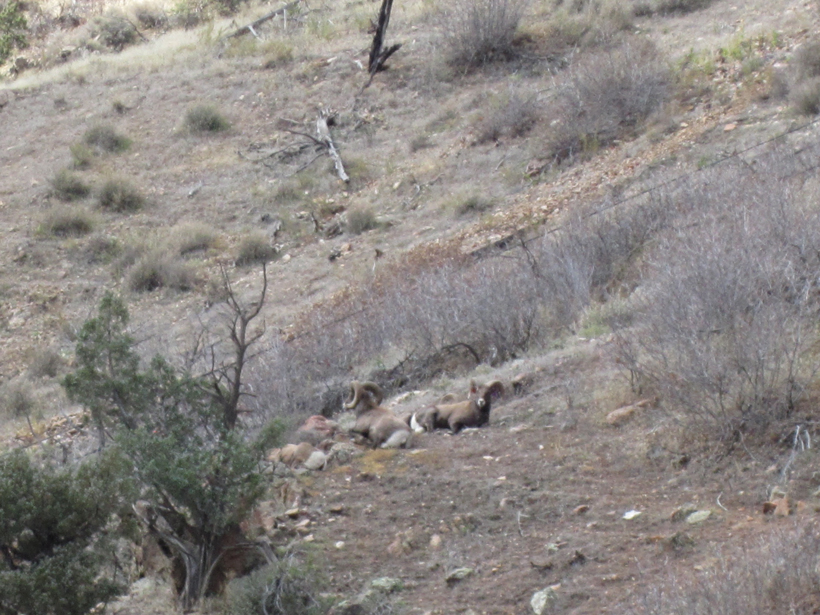 That was about to change. I whined a bit to my newfound friends in the CPW and was rewarded with a suggestion that I return to the first area I had scouted: Glenwood Springs Canyon. So on a wet and rainy day, I cajoled my elk hunting partner, Rick Bemis, to accompany me to Glenwood. As we waited for first light on top of the ridge above Glenwood, the rain continued. When dawn surfaced, we began to glass the canyon and saw a herd of sheep way down low, literally on top of I-70. They were scattered on top of the I-70 tunnel east of Glenwood Springs! We moved down lower and found a good spot to watch the sheep. There were a dozen or so ewes and lambs, some smaller rams, and what appeared to be four pretty good size rams.

We scoped them for most of the day, deciding that there was at least one ram that was “worthy of the tag.” As they were pretty close to I-70, we decided to come back another day. The clear advantage of the Governor’s Tag is that the recipient can continue to hunt in areas after that unit’s season has closed. There was still time.

By now it was mid-November. The following Tuesday, I convinced Brian Scherping to join me in another quest for this Glenwood herd (Luckily, he was easily convinced!). We both worked that morning and left Grand Junction around noon for the 90 minute drive to Glenwood. Upon arrival we did not immediately see any sheep, but climbed to a good vantage point where we spotted the herd. The ewes and lambs were up high on the ridge, but there were three good rams bedded down below them. 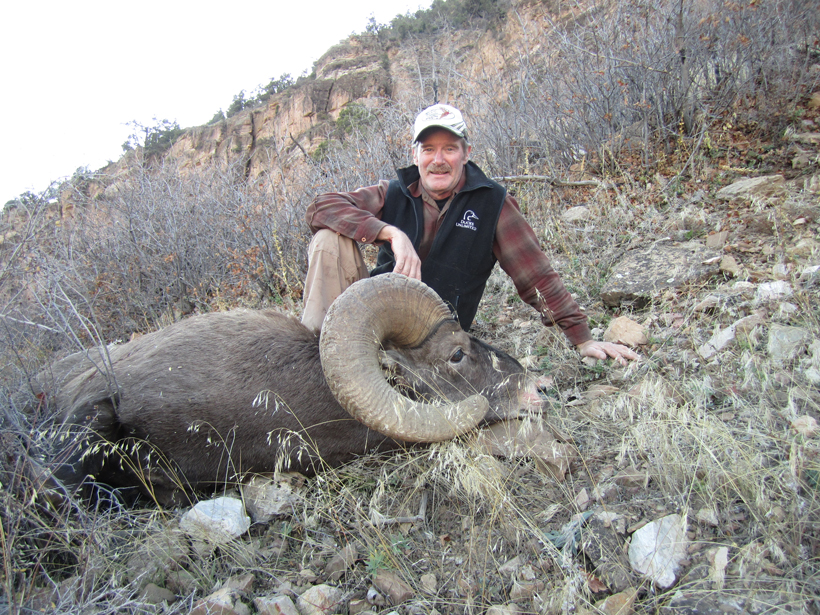 Using a draw for cover, we climbed up a thousand feet in elevation and peeked over the ridge top. The rams were still bedded, but looking right at us about 100 yards out. We crept a bit closer where I had a good rest and glassed them. Two looked like 7/8 curls with broad bases. 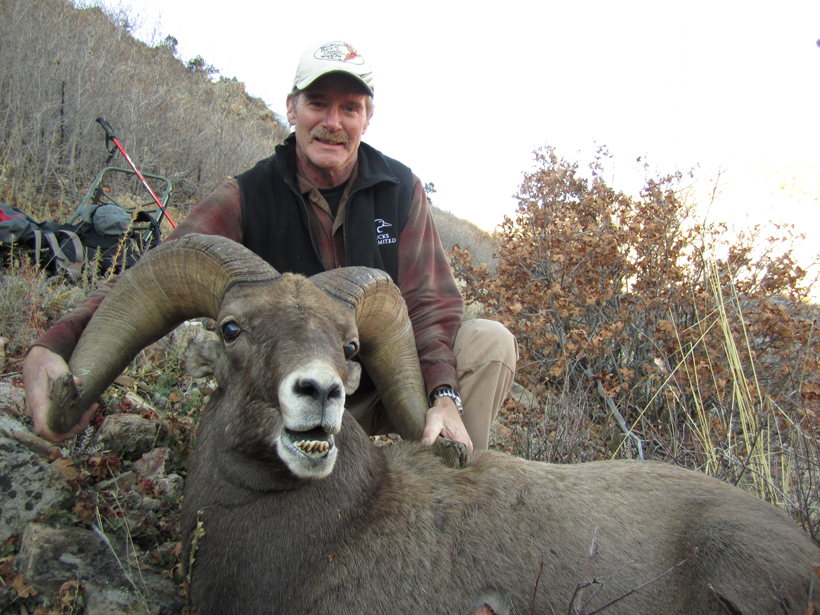 The decision was not easy, but eventually Brian told me to take the one on the right. That was the end for ol’ 293. That was his tag number and it turns out this broomed full curl had quite a history with this herd. 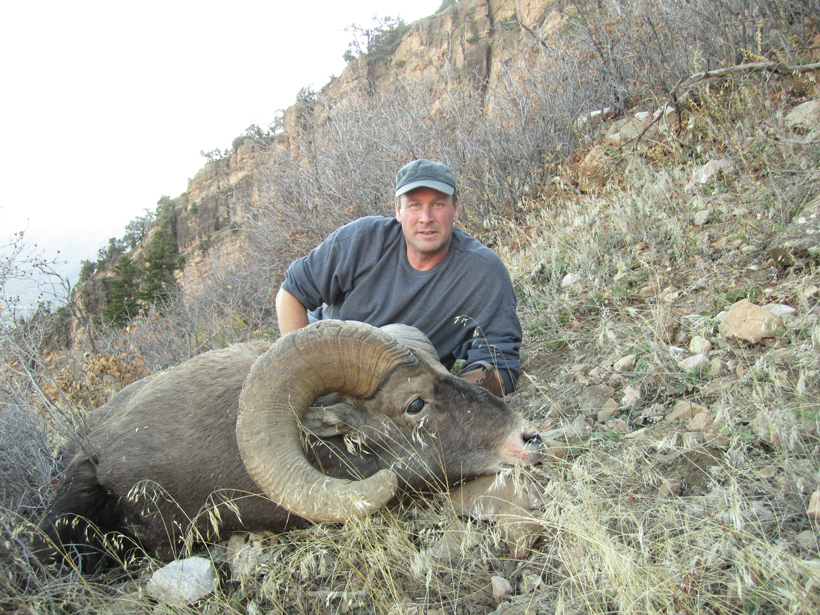 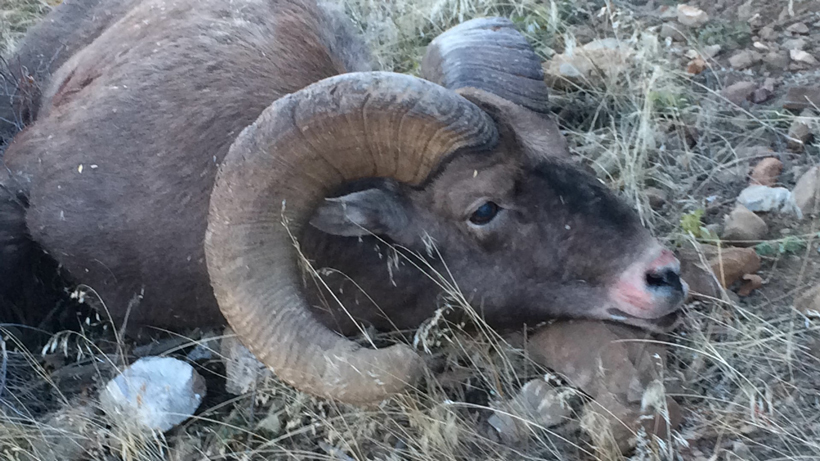 What a magnificent animal scoring 171 1/8" Boone and Crockett. Ol’ 293 was the first ram tagged in the Glenwood herd back in 2010 when he was six years old. 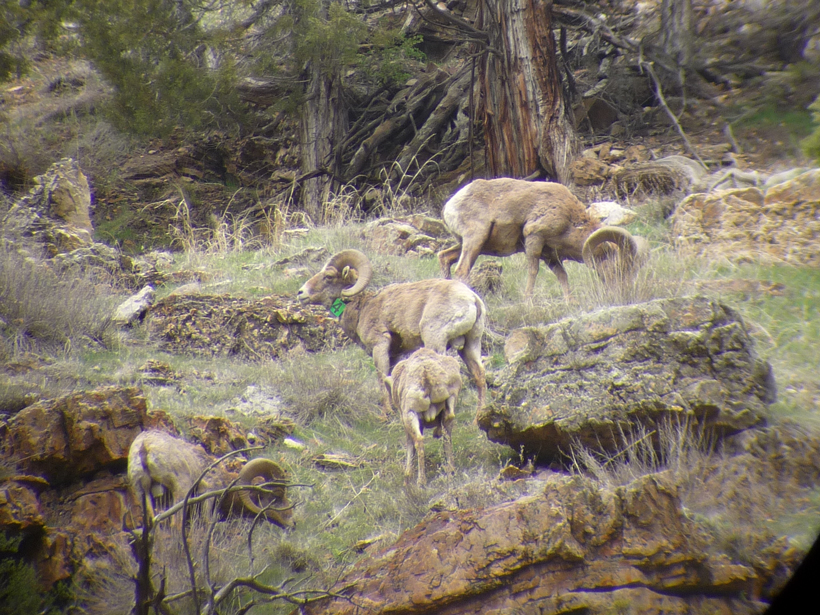 At one point he crossed the Colorado River and headed south away from the herd, but eventually returned, re-crossing the river. 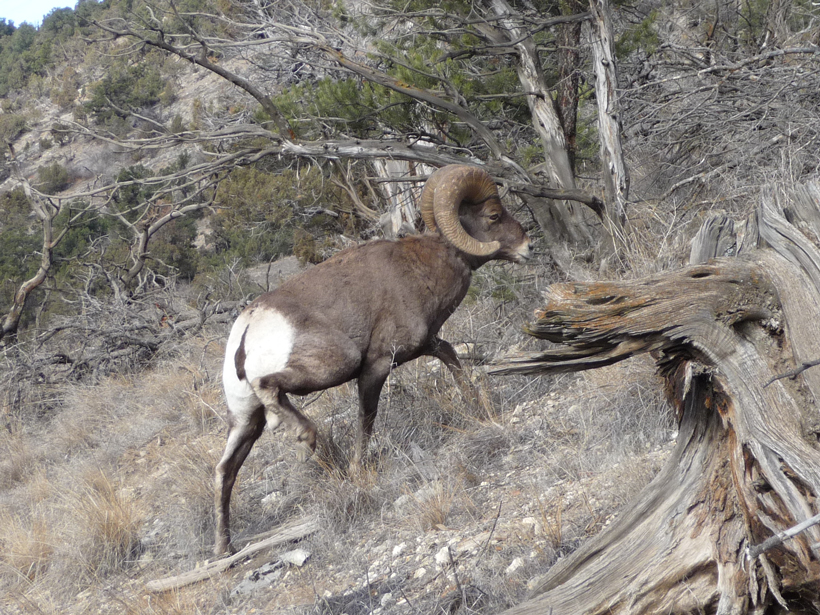 Ol’ 293 in the winter of 2012. Photo credit: Julie Mao of Colorado Park and Wildlife 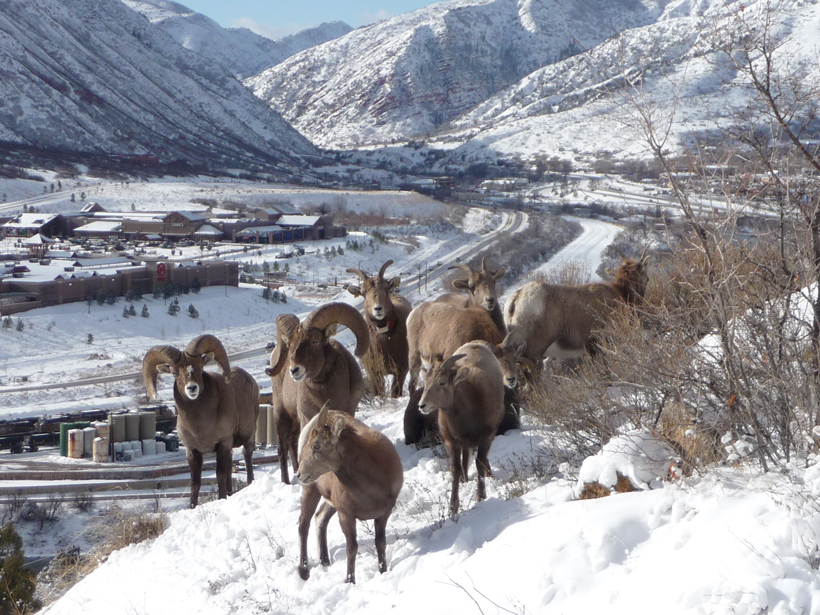 He looked to be about 10 1/2 years old and was quite possibly the oldest ram in the Glenwood herd. Rams usually live to be about 12, so while he may have made it through this winter, the next winter was likely his last.

Brian and I managed to slide ol’ 293 down the steep hillside back to the rig in one piece and met CPW biologist Julie Mao in Glenwood. Julie had mentioned she was worried that the Glenwood herd had come into contact with a rogue domestic sheep this past summer so she wanted the lungs to run some tests. By 9 p.m., Brian and I had taken ol’ 293 to Hawkins Taxidermy where Troy made short work of caping him, hung the meat in a friend’s fruit cooler and drove back home. By then I also had a message on my phone from District Wildlife Manager John Groves asking if I had bagged a ram in Glenwood Canyon. A passerby had already reported seeing someone taking a ram out of the canyon. Since only the Governor’s Tag recipient could hunt there, if it was not me then it was going to be a long night for the CPW personnel.

I have many to thank for this once in a lifetime hunt. CPW personnel were tremendously helpful, especially Andy Holland, the State Director of Big Game, who manages these raffle hunts, and John Groves, Matt Yamashita, Brian Wodrich, Julie Mao and Dan Cacho. I am thankful to my fellow hunters and scouting partners who helped pack gear up to pretty high altitudes: son Scott and brother Lee, Bill Hayden, Chuck Locke and Brian Scherping. But most of all, I dedicate this adventure to my hunting partner of 35 years, Kris Noble, with whom I bowhunted sheep twice during the 1970s, but who unfortunately passed on to his happy hunting ground three years ago.

Julie Mao reported that the 293 ram was negative for leukotoxin bacteria, good news for health of the herd.