As I sat down in November of 2013 to start planning for my 2014 season, I could not help but notice all of the mule deer points that I accumulated in Wyoming. At the time, I had max points for a nonresident, and no clue where to hunt. I did not want to buy another point for 2014, so I sat down with a couple of buddies to devise a plan to hunt mule deer in the Cowboy State.

We started by researching any information available to us, we checked publications, called local biologists, and reached out to hunters that hunted mule deer in the past. After extensive research, we decided on a unit that not a lot of people were hunting, but that we felt would give us a legitimate opportunity at a mature animal. With the unit chosen, and a plan in place, we began preparing for the 2014 hunt. 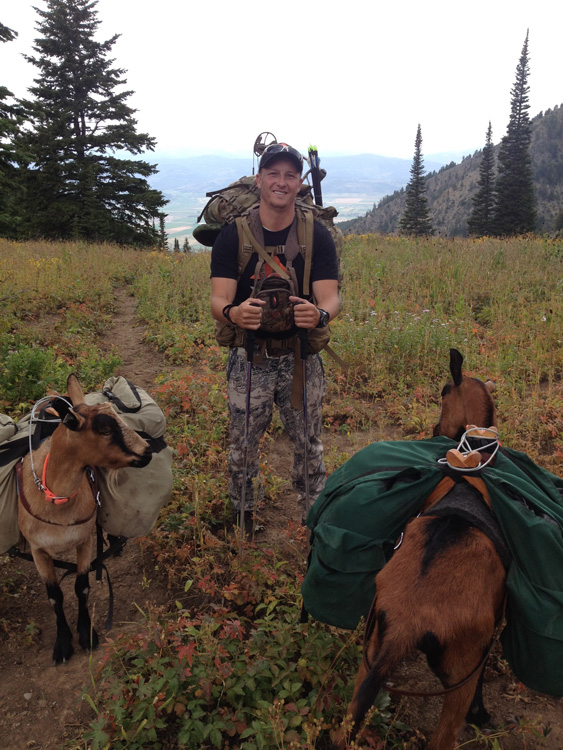 We arrived to our unit a couple of days before the hunt. Our plan was to pack in and scout for three days prior to the opener in hopes of finding a couple of shooter bucks. I was thankful for the goats I recently began using on my backcountry hunts, since they made this process a lot easier. 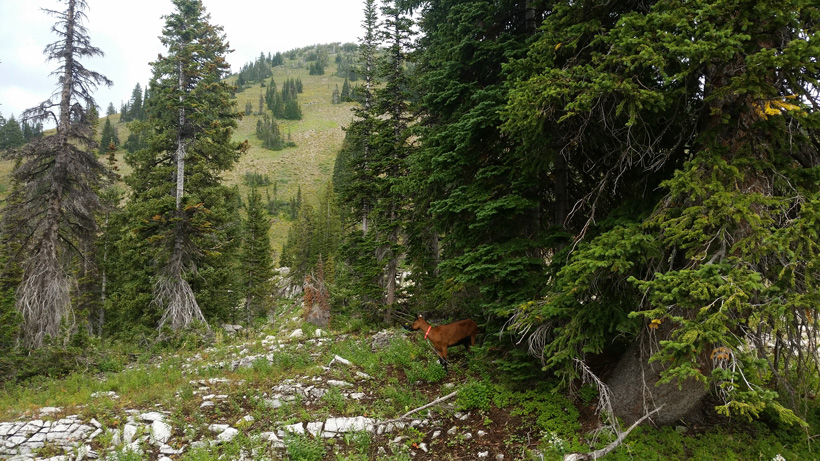 It took us most of the day to pack into the area we planned to hunt. We started to set up camp, and tied up the goats. Goats are really amazing and any hunter looking to extend his stay in the field should look into using goats. My goats Obi and Moat are both three years old and are capable of packing 30 pounds each, while keeping up with my pace. Goats are very social and Obi and Moat could be compared to a black lab. Being social animals, goats do not stray far from camp. On this hunt they drank very little water and were able to feed on the local vegetation. We would leave my goats, Obi and Moat highlined during the day, and let them loose after making it back to camp. When off of the highline, they would run around and play, smashing heads like bighorn sheep. As you can tell, I am very fond of my pack goats. 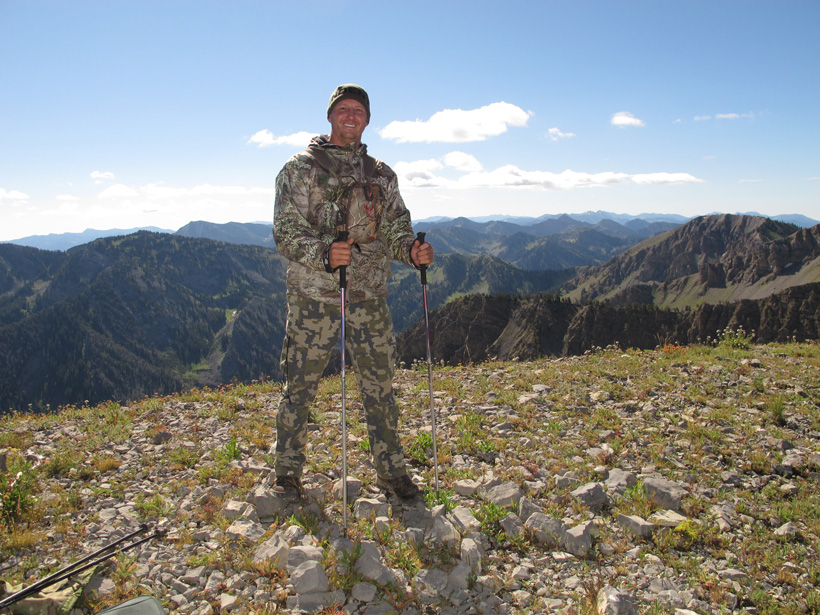 Once camp was set up and the goats were taken care of, we ran out for a quick look at our surroundings. We ended up finding a few good bucks bedded down in the first basin we glassed. This had excitement levels very high. As we were glassing into the basin, I spotted a unique deer in the thick pines at the bottom of the basin. He was hard to see, and would not leave the cover of the pine trees. In my mind, I kept thinking that the buck had some inline points and looked really heavy. 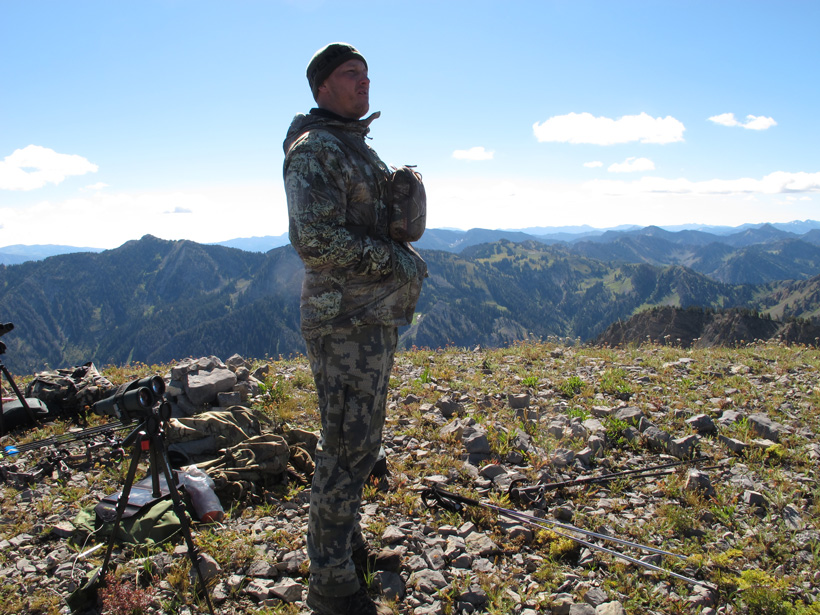 I watched him the rest of the night — only catching glimpses, but then I confirmed what I thought earlier. He was very compact and not very wide. I decided that night I would put him on the hit list. I was never able to get a good look to get a score, but I liked the uniqueness of the buck, and really liked his mass. 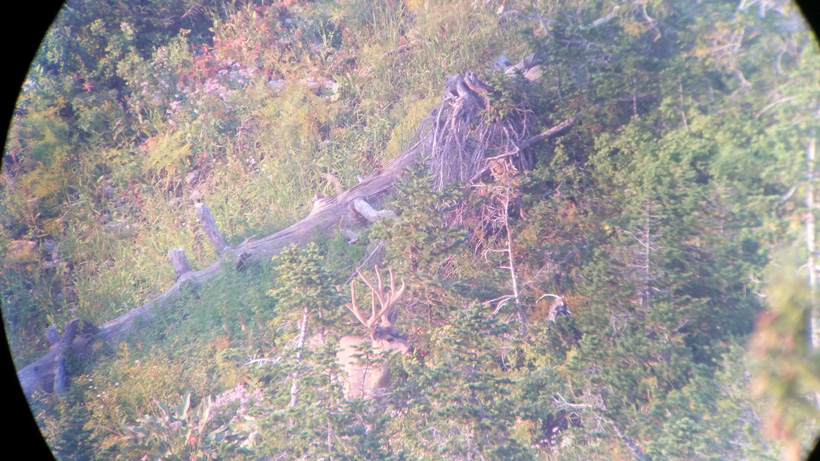 Day two found us scouting another basin where we found some really nice deer. We also found a vantage point that allowed us to look into the basin that held the inline buck, and another basin that held a good typical. With two good bucks found, we made a plan for opening day. We decided to go after the typical opening morning. He was in a good, huntable area, and we liked our chances. My good friend, Garth, would go after the typical opening morning, and I would keep an eye on both the typical, and the inline buck. If we could not close the deal on the typical, we planned to bounce over and hunt the inline. 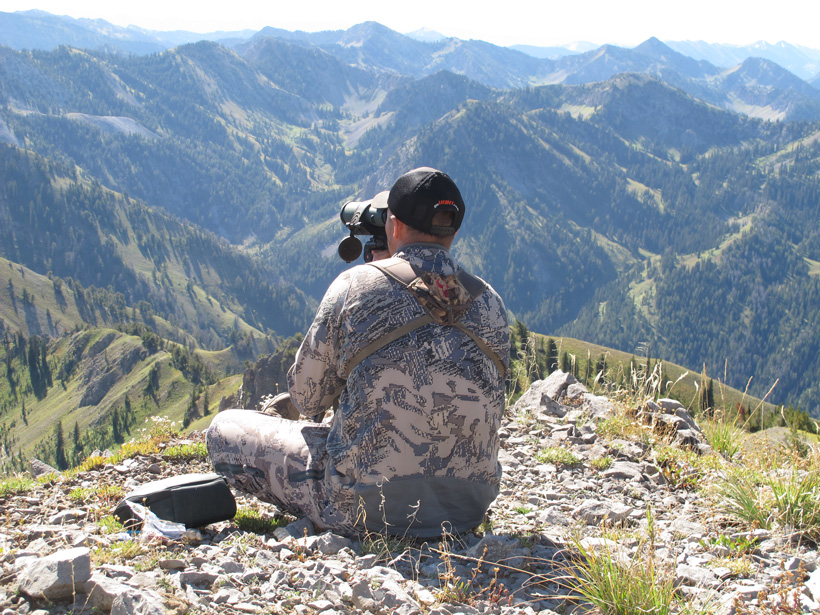 Opening morning, we had the typical spotted at first light. We watched this buck for over four hours as he fed most of the morning. All the while, I was able to watch the inline buck. The inline buck fed all morning, and then later, moved into some trees to bed for the day. As the day passed, the typical bedded in an area that was not conducive to a stalk, so we focused our attention to the inline buck. We dropped elevation and began glassing the area where he was last seen. Immediately, I was able to glass him up in his bed, but all I could see was the left side of his horn and his nose. We quickly checked the wind and devised a plan for a stock.

With Garth on the ridge keeping tabs on the buck, I dropped elevation to make a play on the buck. I was able to close the distance very quickly. Within 30 minutes, I was within 250 yards of the deer, but was pinned down by a doe and her fawn. I sat for 45 minutes just waiting for the doe and fawn to feed off. When they finally left, I looked up and noticed the inline buck feeding. I had to close the 200-yard gap to give myself a chance. 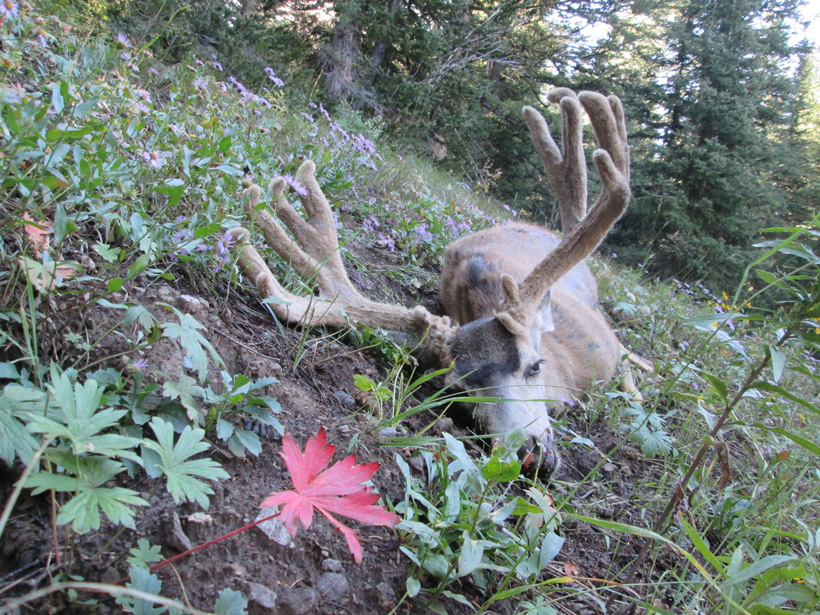 With the wind in my face, I watched the buck feed behind a group of trees. I quickly made a dash across an opening to close the distance and set up behind some jack pines. Thinking the buck would feed uphill, I frantically began ranging distances. 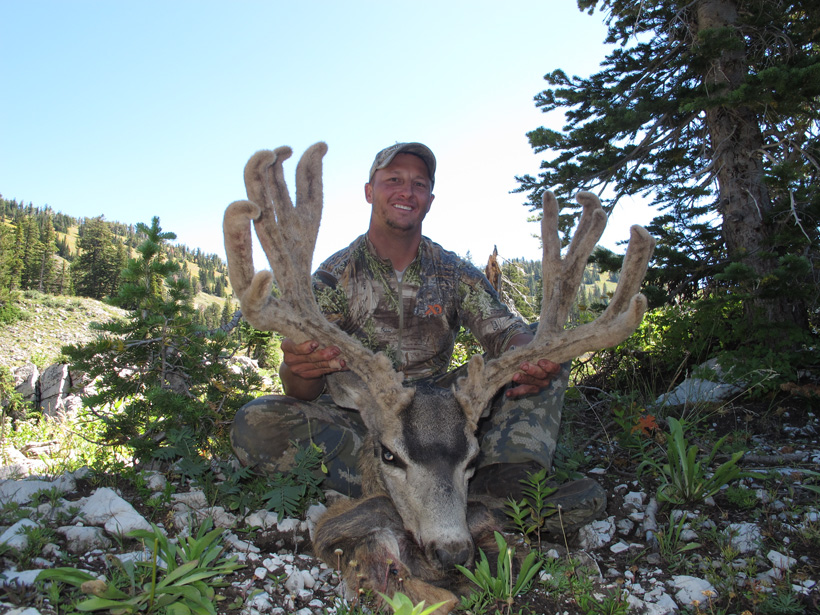 Out of the corner of my eye, I caught movement and the buck was feeding right at me, unaware of my presence. I let him close the distance to 30 yards, and when he lowered his head, I came to full draw, settled my pin and released my arrow. I heard the arrow hit, and the buck sounded like he had the air knocked out of him. 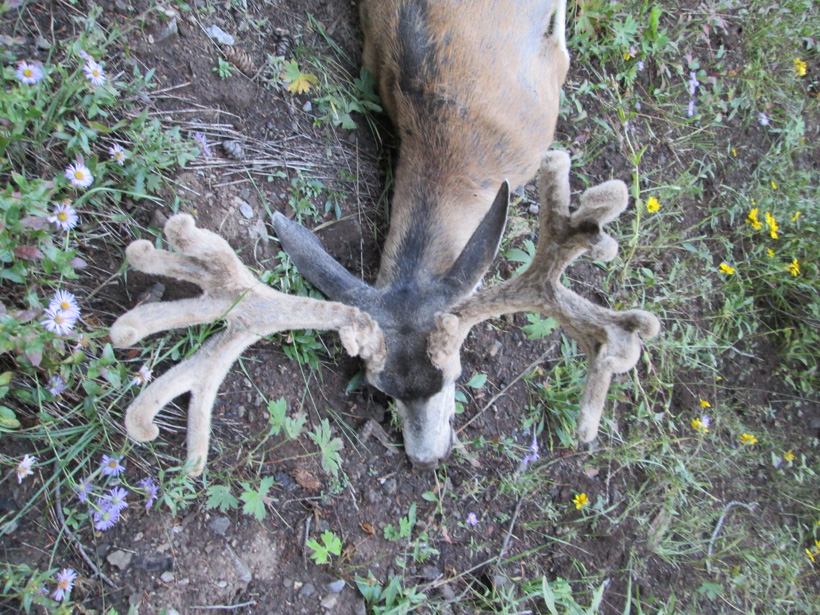 I could not believe my good fortune. Opening day and everything had just gone perfectly. Bowhunters know that these type of days are few and far between. I sat down and took in the situation. 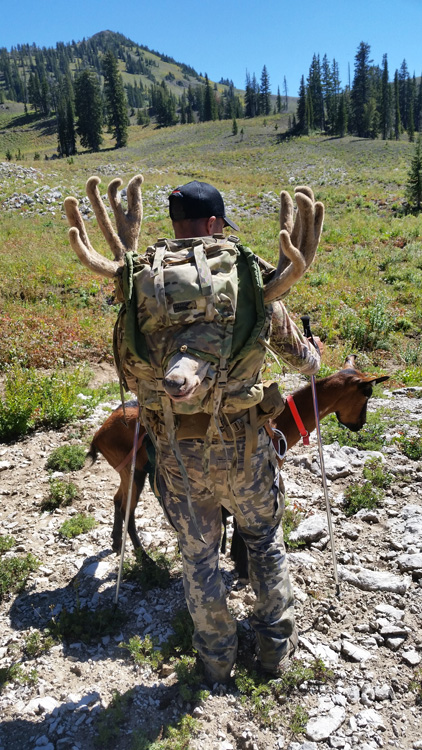 I worked very hard for this buck. I planned, researched, shot my bow and went to the gym for months to make this happen. What an awesome experience!