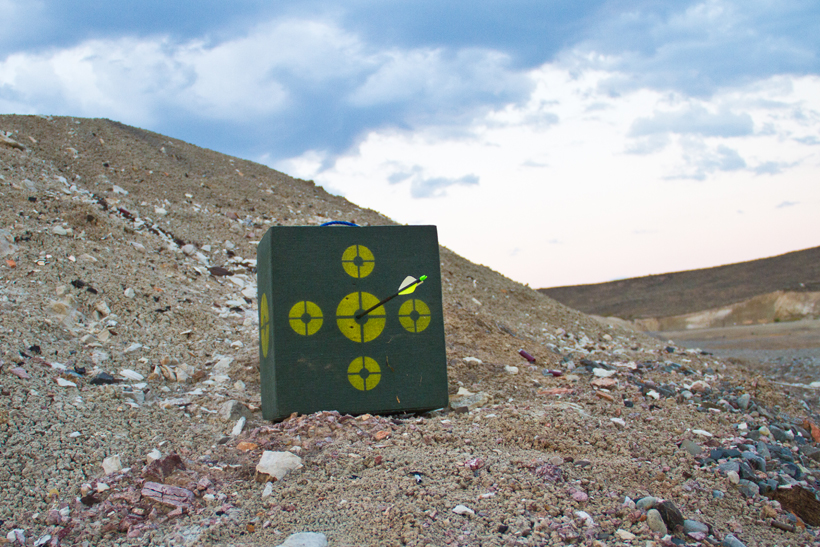 This was the first year I  hunted antelope and with a bow! I could not wait to get my bow sighted in and head out. 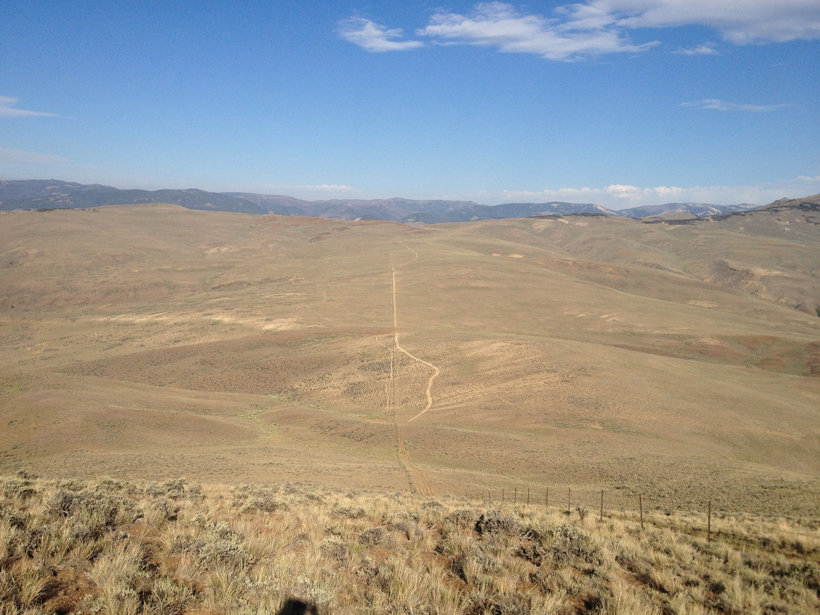 I was excited, but getting close enough to an antelope to shoot one with an arrow was definitely harder than I thought! With the wide open sagebrush and no cover for me to make a stalk, it became quite the challenge. 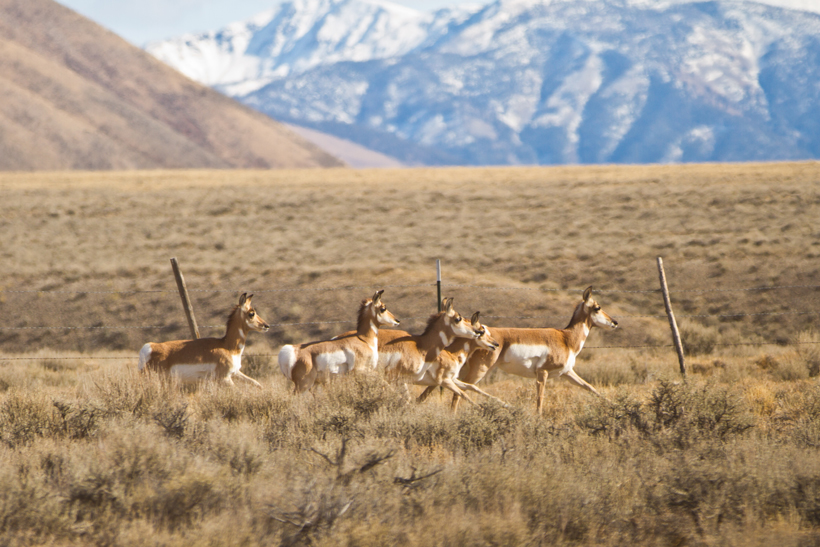 Every early morning I did not have to work, I was out glassing. I saw quite a few goats, but there was one I locked in on. His horns were tall, but the unique thing about him was the third horn growing from the side of his right horn! I tried  to put a stalk on him for days, but he was too skittish, and I could never get any closer than 80 yards. 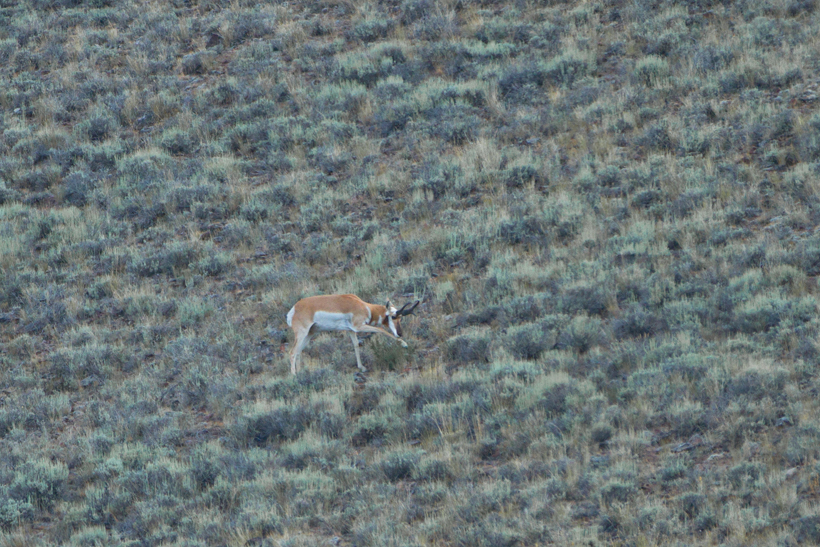 As each day went by, time was running out, so I decided to hunt the first buck that would present a shot opportunity. 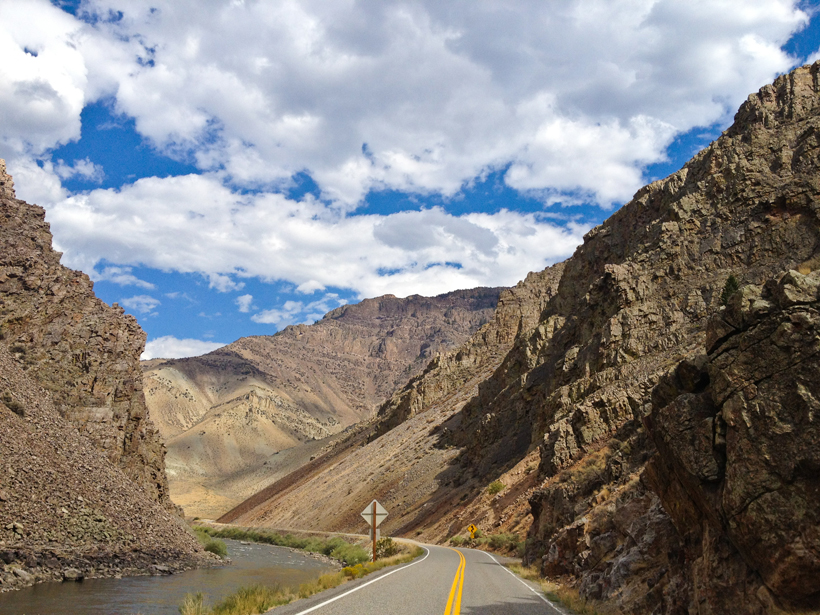 One evening after work, my dad called me and said he had spotted a lone buck in a draw that was only an hour away. Trying to beat the sunset, I loaded my gear and took off in my truck. I had to park on the side of the mountain where the road washed out, to catch a ride with dad on his four-wheeler. The wind was blowing hard, and it was a steep ride up the mountain road. 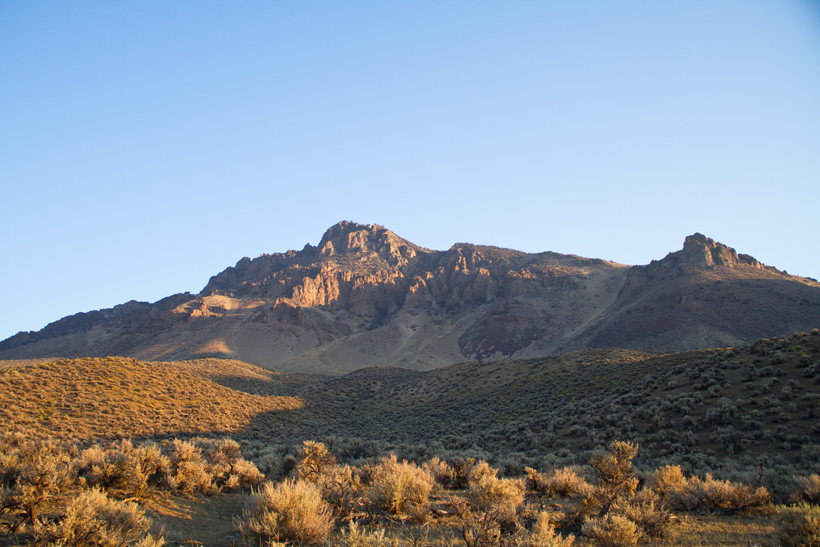 We finally reached the ridge above where he was last seen. I started hiking a heavily-traveled trail when I spotted him way down in a draw feeding all alone. I grabbed my Hoyt bow, and the stalk was on.

The wind was all wrong and I could not get any closer than 70 yards, and I was not comfortable shooting that far. I ended up bumping him and he headed straight into the sagebrush hills. I decided to hike up the back side of the hill thinking he might be headed that way, I picked a trail to sit on and waited.

Again, the wind was blowing straight down toward the trail I thought he would be on! I sat on the ground crouched down behind the tallest sagebrush tree I could find! Then I realized I was in front of a hill that was completely blocking my vision, so I wouldn’t see him until he would be right on top of me. I ranged rocks and brush around me because I knew I would not have time when he popped over the hill.

My legs were cramping as I waited, and to top it off I was crouched in an ant pile! Finally, I could see the top of his horns heading straight toward me! I knew there was going to be no way I would have a good shot straight on like that, but then he caught my wind and stopped. He was breathing hard from climbing up the mountain. He finally turned toward my left to circle me and went slightly behind the hill. This gave me the perfect chance to draw my bow. When he came over the rise, he was broadside by my 20-yard rock I picked out. 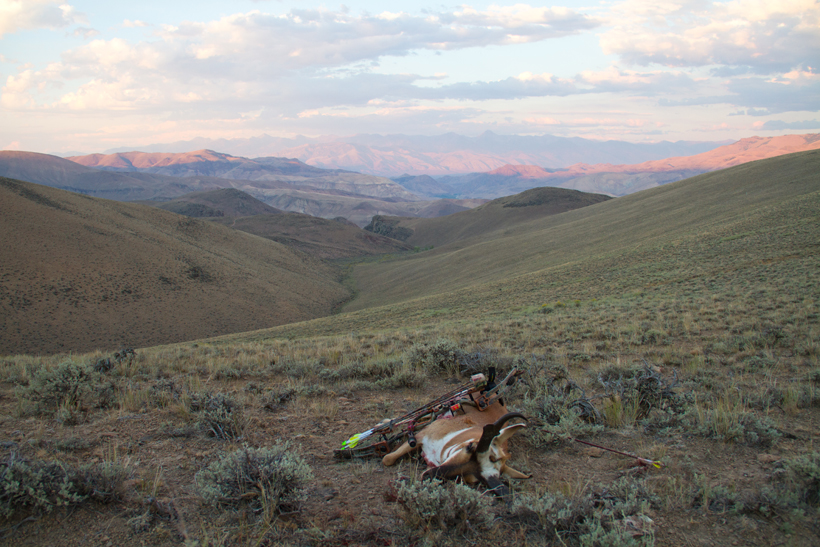 He kept a steady walk without stopping. I made a grunt sound twice to stop him, and when he stopped, I squeezed my release off. It was like slow motion as I watched the arrow completely pass through the heart and stick in the ground on the other side. 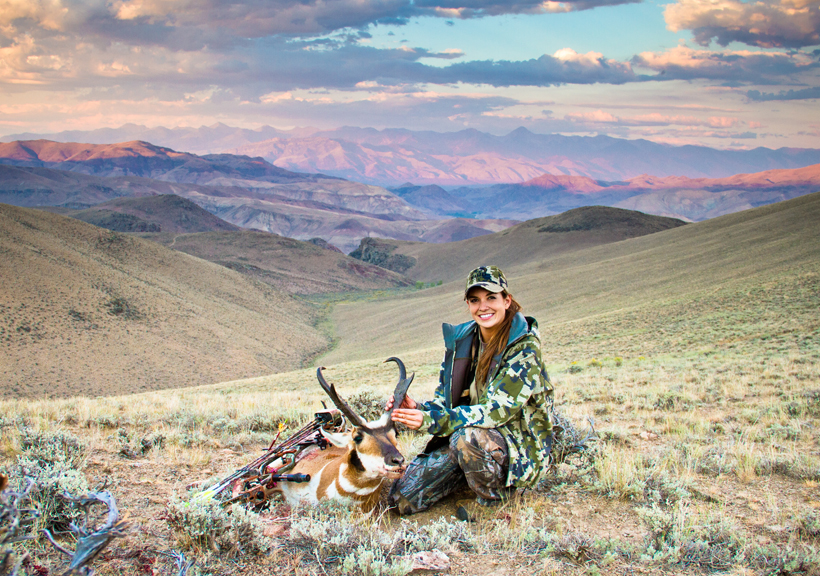 He fell to his knees once, and laid down. I could not believe it! I ranged it, and he was only 17 yards away! As I ran over to him, my heart was pounding, and my hands were shaking. What a perfect hunt! I knew I would probably never get that lucky again, and to top it off, it was the day before the opening of my Rocky Mountain sheep season! 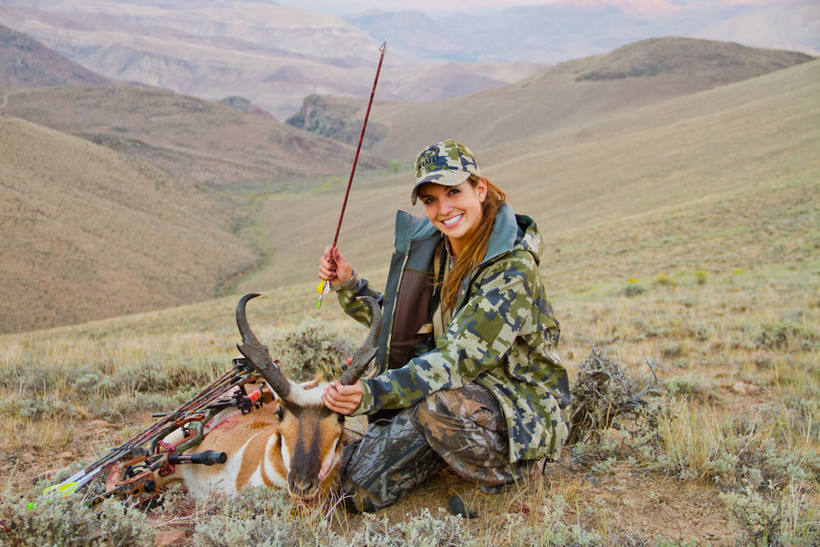 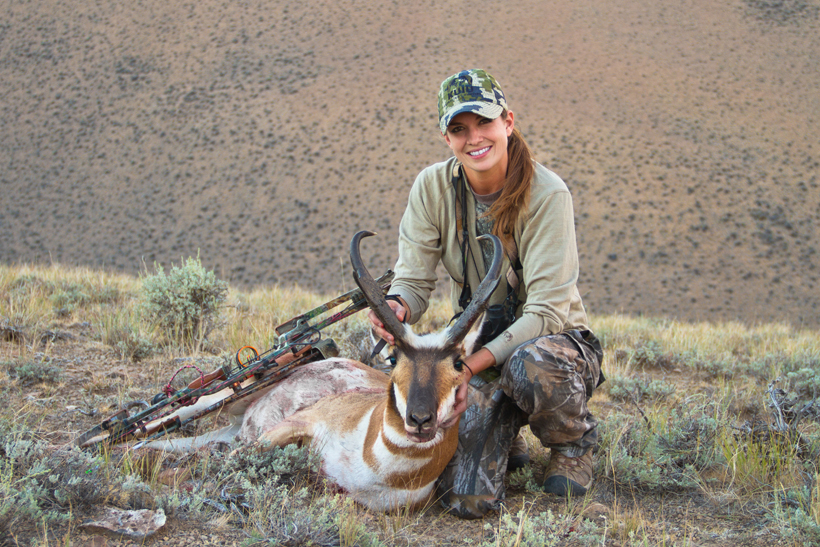 He only measured 14 inches, but I did not care. He was a pretty buck, and my first with a bow! 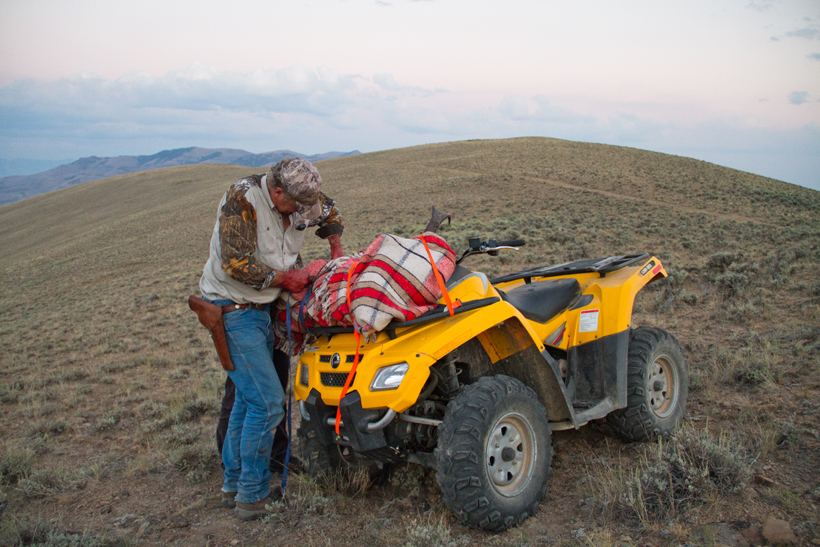 Dad came up and helped me dress him out before dark. We wrapped him in a blanket to keep the hide in good condition for the taxidermist, then loaded him on the four-wheeler and headed off the mountain. 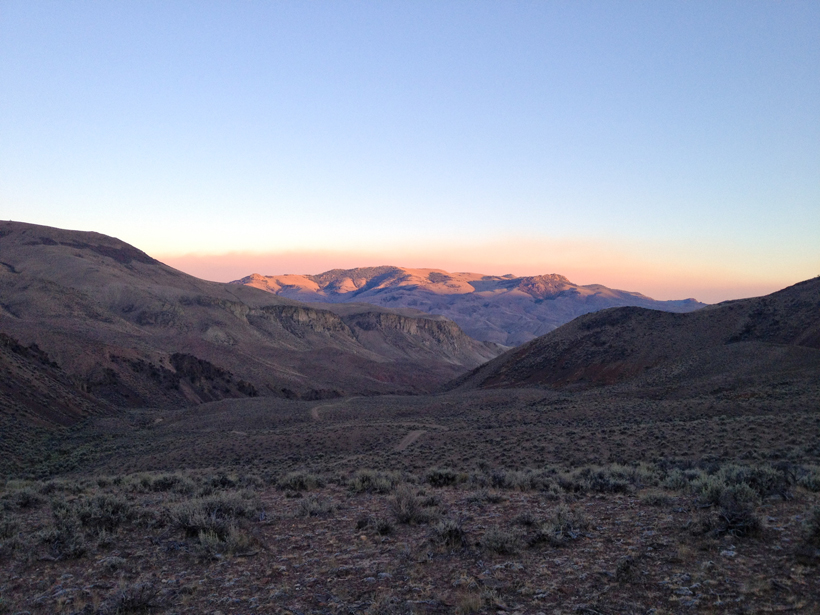 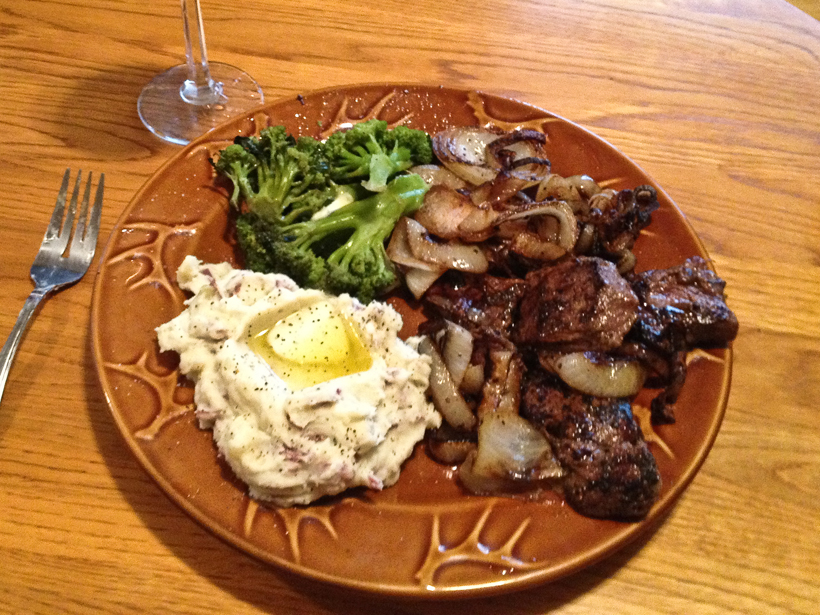 Later that night I was packaging the meat to freeze it. I grilled some of the best antelope back straps I’ve ever had! I felt so blessed for such an awesome hunt, and for all of the meat in my freezer!