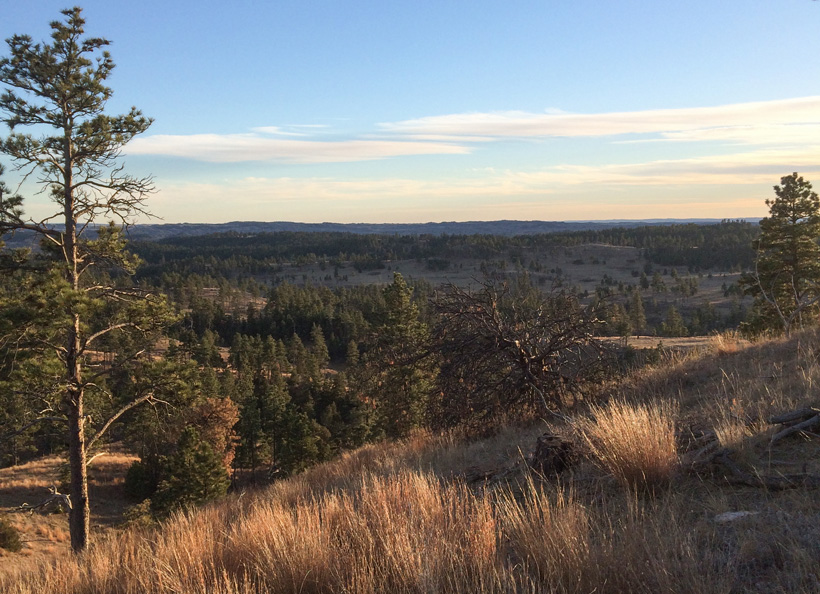 Finally, the day had come. It was time to head to Montana for our annual Thanksgiving deer hunt. This year we decided to go to a old spot we hadn’t hunted in for a couple years due to the decreased deer population. We decided that now was the time to give this spot another chance and see what caliber of bucks were around. We packed up and headed off to eastern Montana.

Our first day began with a drive around the hunting area. We wanted to see what kind of deer were around and how many people were in the same area. It seemed like everyone had a similar idea and was driving around looking for deer, so we decided to get out and do some hiking. We saw a couple of bucks ranging from spikes to small 2 points. 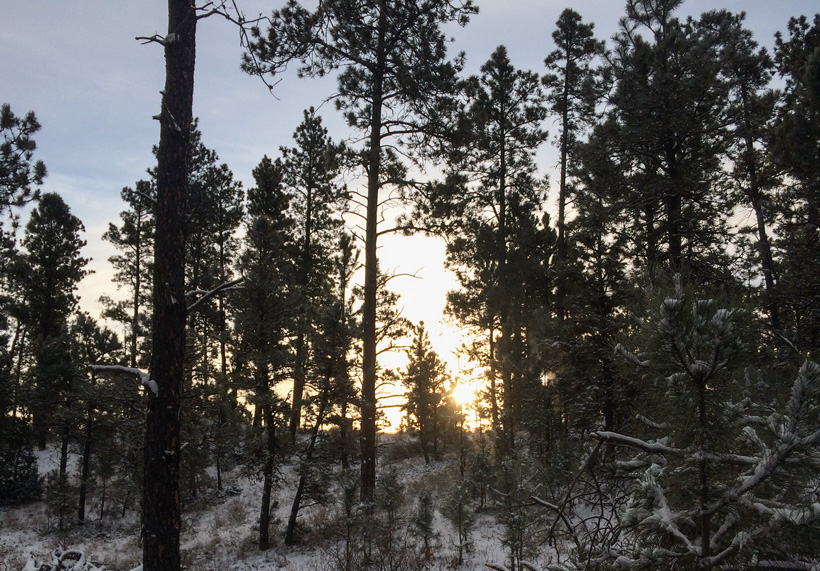 During the evening, my dad and I were out on a high point overlooking a big valley. My dad spotted a deer walking up the hillside in the shadows about 200 yards away. Right away, we got the binoculars on him and discovered that he was a nice buck. But, we decided to pass on him since it was only the first day of our trip and we had the whole week ahead of us. 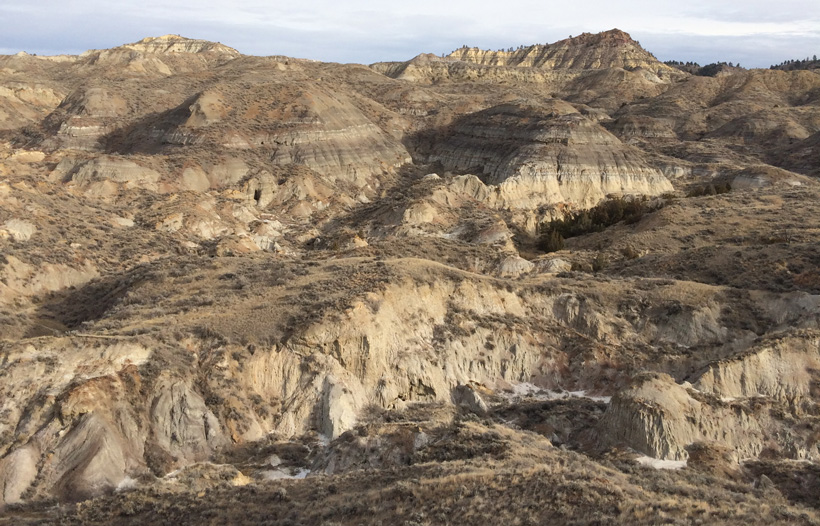 On the second day, we decided to try a different area that had been pretty good to us in the past. Just as it was starting to get light out, I spotted a buck in the distance rutting some does. He was a decent 4 point but nothing that we were interested in. He was out in the same area where we were about to go hike so we thought we might be able to see him again and get a better look at him. Yet, we never saw that buck again and we were a little disappointed at the little bucks that we did find. We were just not seeing the deer like years prior. I guess that's why we call it hunting. 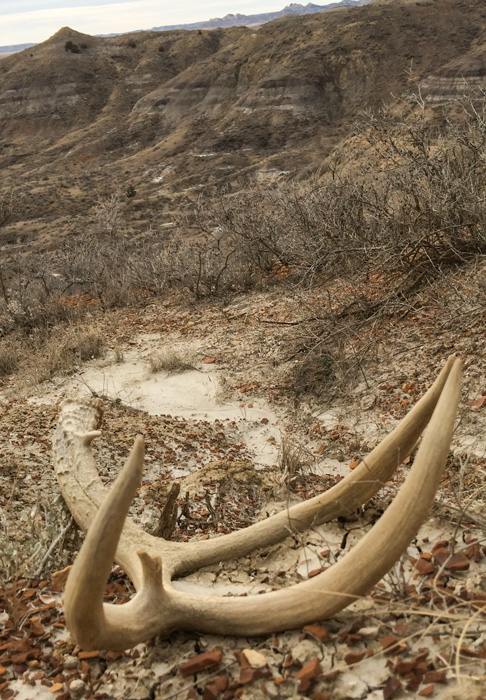 We did manage to find seven deer sheds, including a big matched set that my dad found. So at least the day ended up being productive. 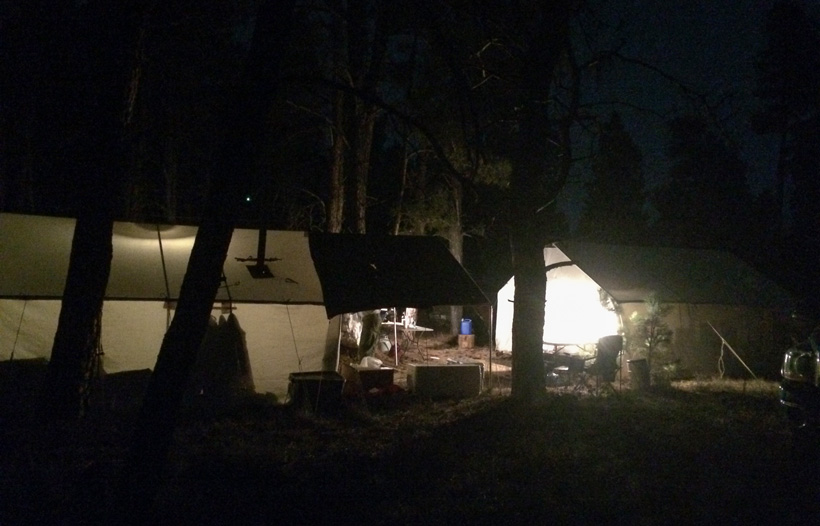 As the week went on, the deer hunting wasn't getting any better. All we were seeing were small 2 points and spikes. This year, we definitely had to work harder and to check spots that most people tend to overlook. At least we found out that there was a possibility of snow the following night. Snow should get the deer up and moving more — and hopefully increase our chances to find a mature buck. 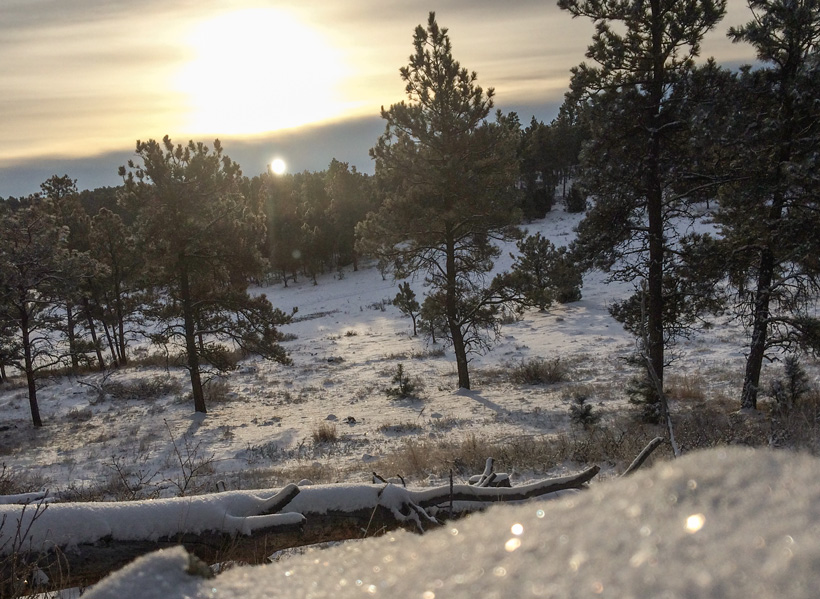 As luck would have it, we woke up to three to four inches of fresh snow. We knew that this could be a game changer for our hunt. For the first couple of hours of light, we drove around to see if we could spot anything that was worth putting a stalk on. 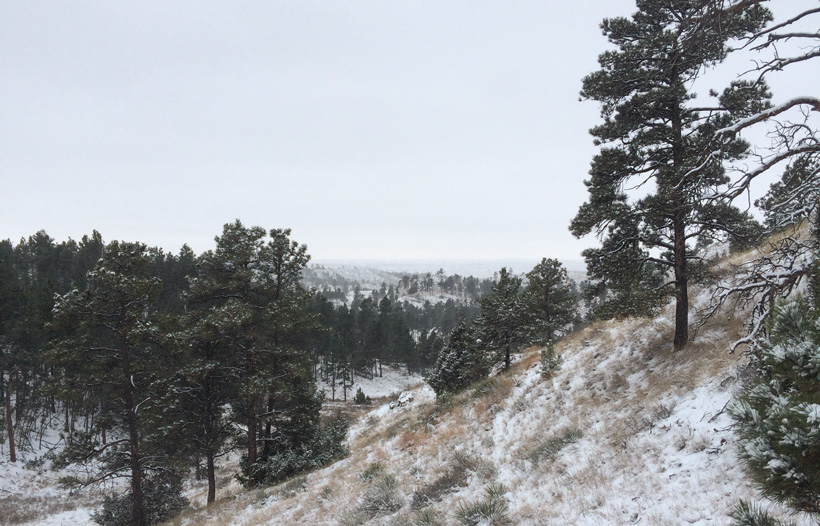 Since we didn't see anything walking around, we decided that it was time to cover some ground. I thought we should go check an area that held a bunch of does the night before. We were hoping that maybe a buck found the does last night. After a couple of hours hiking and only seeing three does, we started working our way back to the truck.

As my dad and I were hiking back to the truck, I noticed some fresh deer tracks in the snow. Right away I got excited! My dad told me to keep quiet because the deer might not be too far away and, at that moment, I looked up to find a buck standing in a clearing no more than 80 yards away.

I immediately froze up and whispered to my dad, "There’s a buck." I slowly put my binoculars up to find out that he was a nice big 3 point with big G2 swords in the back. All of a sudden, the buck started trotting up the hill to chase his does. I got my shooting sticks set up and my gun on the buck. By this time, the buck was about 120 yards away. 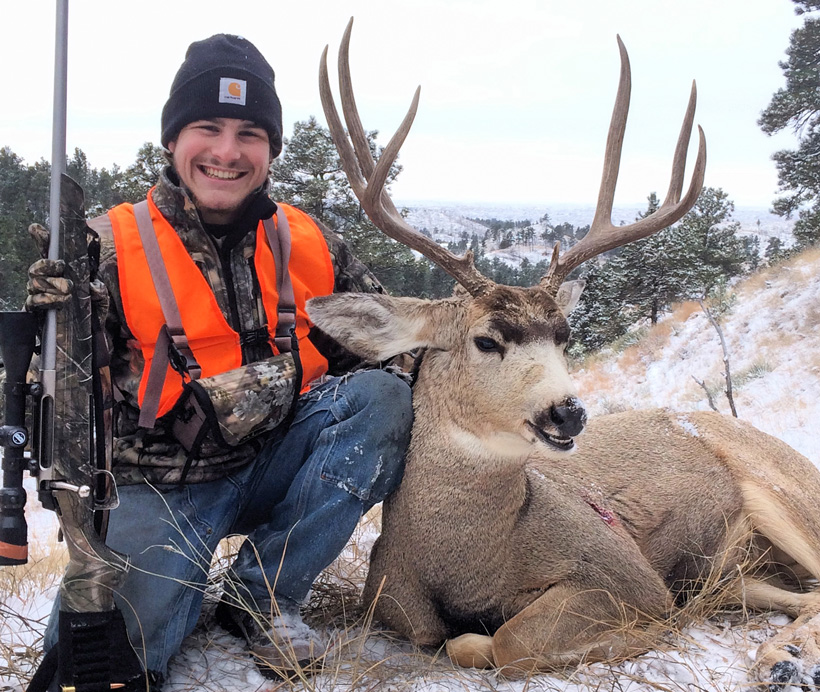 While waiting for the buck to give me a shot opportunity, I tried to control my buck fever. He finally turned broadside and I carefully settled my crosshairs on his vitals and squeezed the trigger. My first shot hit the buck a little back. I quickly jacked another shell in and found the buck again. WHACK! That time, it was a good hit. I reloaded again just as the buck crested over the hill. I knew my last shot was solid and I hoped we would find him piled up over the hill. As my dad and I slowly hiked over the hill, we found blood in the snow. Then, I spotted him piled up 50 yards away.

As we walked up to him I couldn't stop thinking about how tough it was to find a nice buck and now, just like that, my hunt was over. It's amazing how fast things can change. 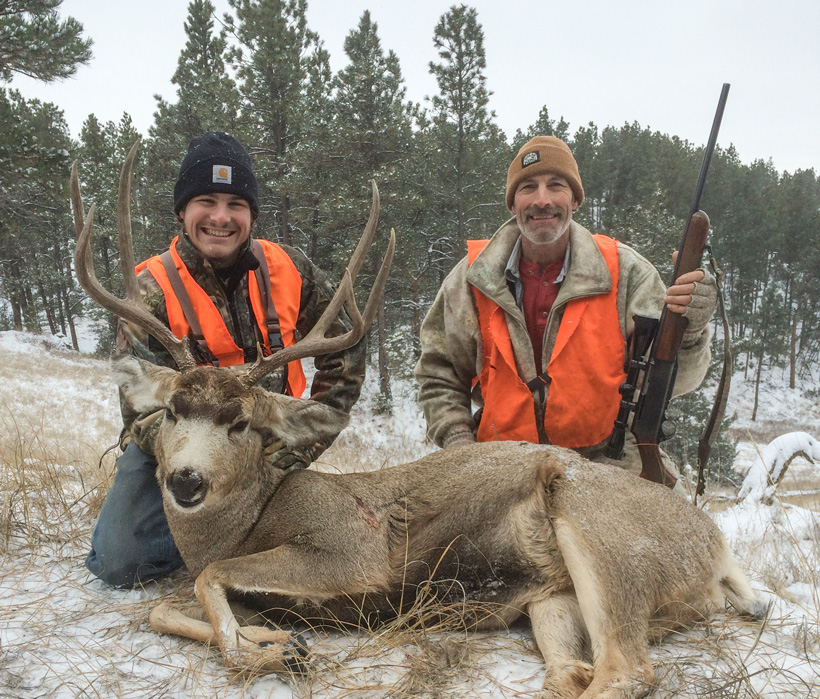 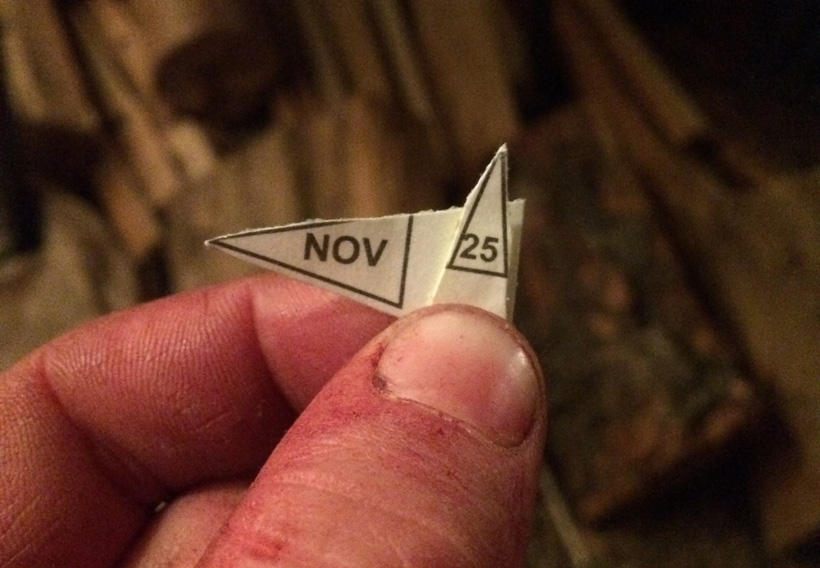 I'd like to thank my dad for always taking me on these memorable adventures and getting me started in this culture. I would also like to thank my mom for letting me being able to do what I love, which is being in the outdoors.