It was finally October and that meant hunting was here. Earlier in the year I found out I had been drawn for my first deer hunt — an antlered buck deer hunt in Arizona. I was excited because I was going to hunt with my dad and Uncle Daniel. I was lucky because Uncle Daniel has mules that would help us carry gear and pack out an animal over the rough mountains. While we were going to need a little luck on our side, I knew that with my dad and Uncle Daniel helping I was in great company. 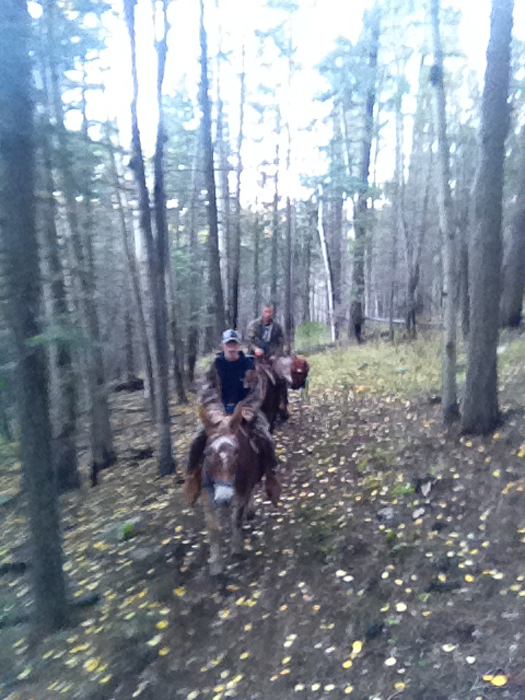 The first day we were up at 3:30 a.m. and riding in the dark. We rode for a few hours and found a good spot to glass from. We found a decent whitetail buck but by the time we hiked up to him, he had vanished and we could not relocate him.

While we were there I found a smaller whitetail buck and missed a shot at him at 200 yards. Although I was heartbroken, I told my dad that maybe I missed on purpose. I knew that I would get another chance at killing a big buck!

The next day we were up again around 3 a.m. and rode three hours to a new hunting location. Even though we were hunting from dark to dark and riding the mule all day, I never complained once. Once it got light, we started to glass along the way but did not see any bucks.

My uncle thought that we should get off the mules and walk to where he had located a few good bucks the year before. My dad stayed with the mules and Uncle Daniel and I headed out. Once we reached the spot, we started to glass the mountains hoping to find a buck I could go after, but we did not have any luck. We did not see any bucks on our walk to the new location. After a short amount of time we headed back to my dad. 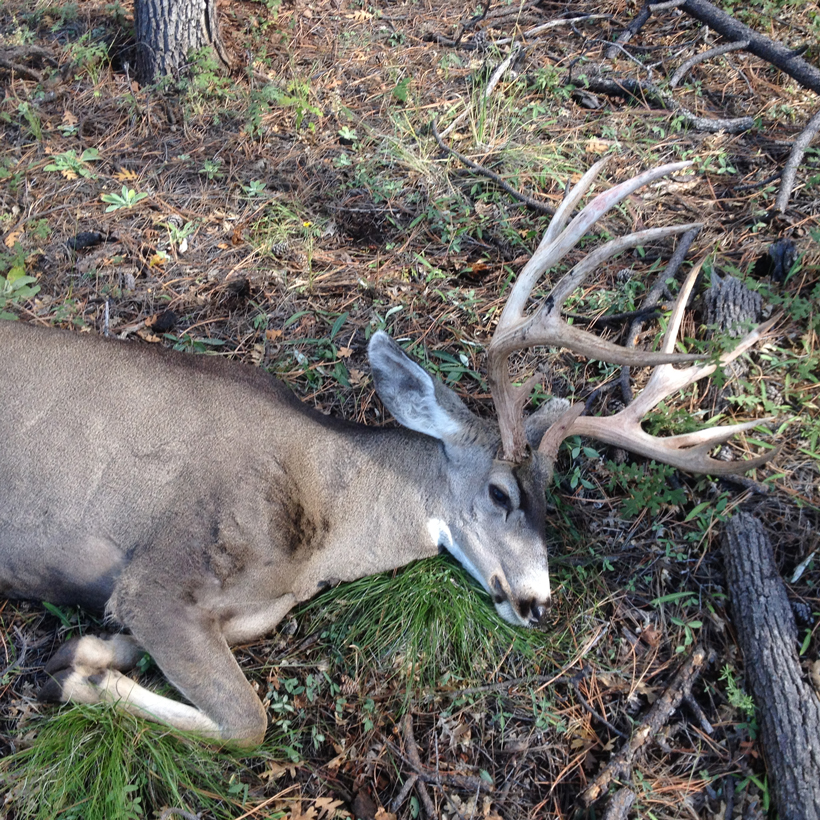 On our way back I saw some antlers in the brush and thought they were just sheds or a lion kill. We decided to walk up and check it out to get a better look. I got my gun ready just in case, but did not think it was alive since the rack never moved. Boy, was I in for a surprise!

All of a sudden the racked moved, jumped up and ran. The buck must have been sleeping. Lucky for me I had my gun ready and I shot at him from about 80 yards and he went down. 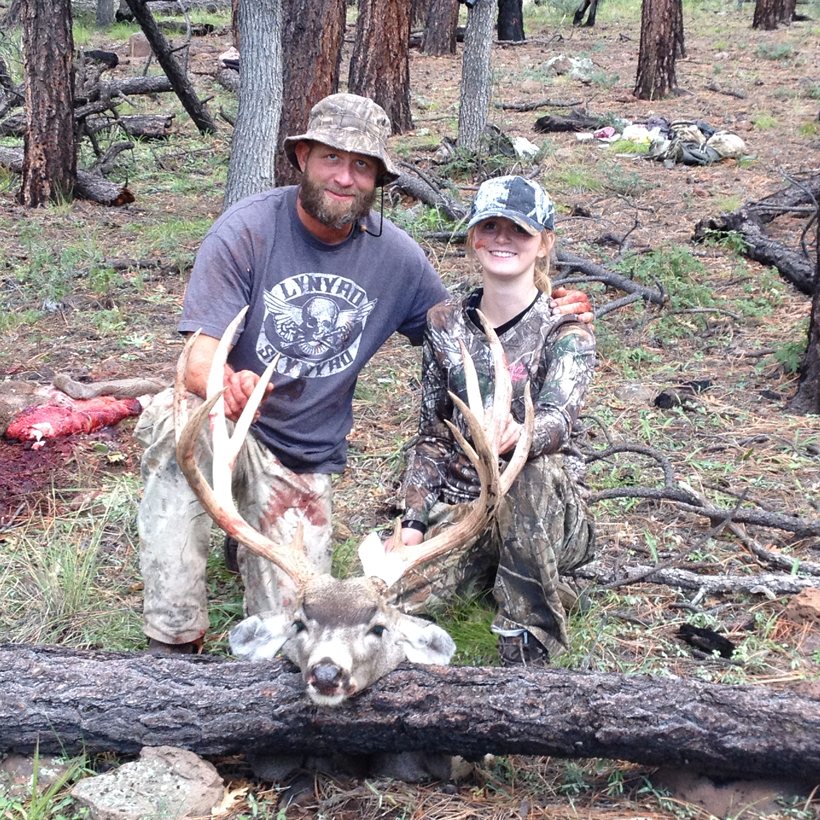 I did not realize how big he was until we walked up to him. It was my first deer I had ever killed! 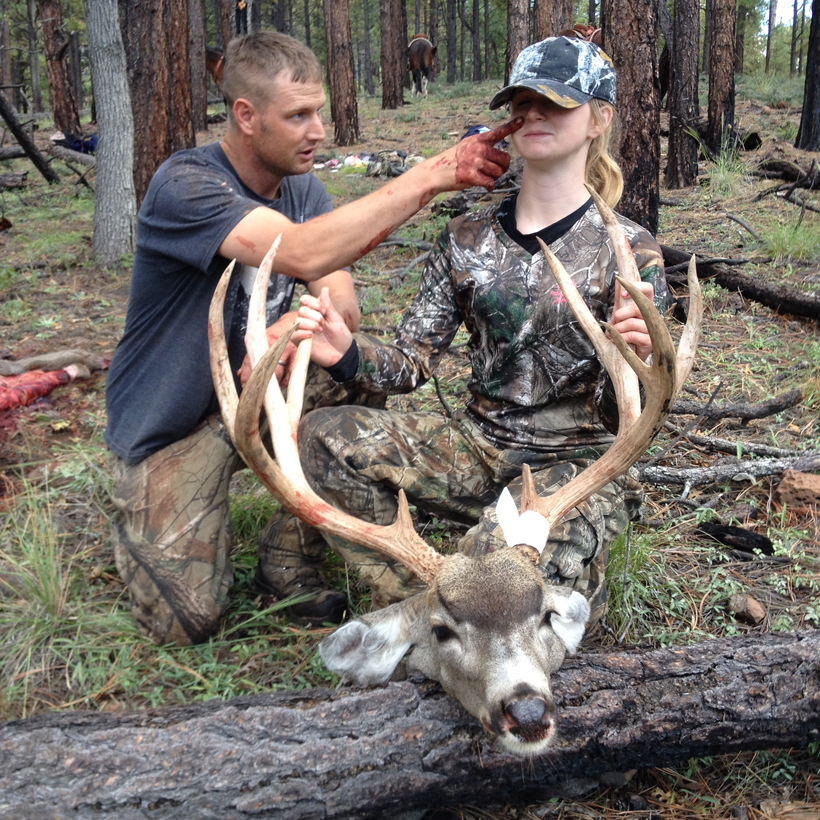 The mule deer buck scored 193”! I never thought I would ever shoot a deer this big. 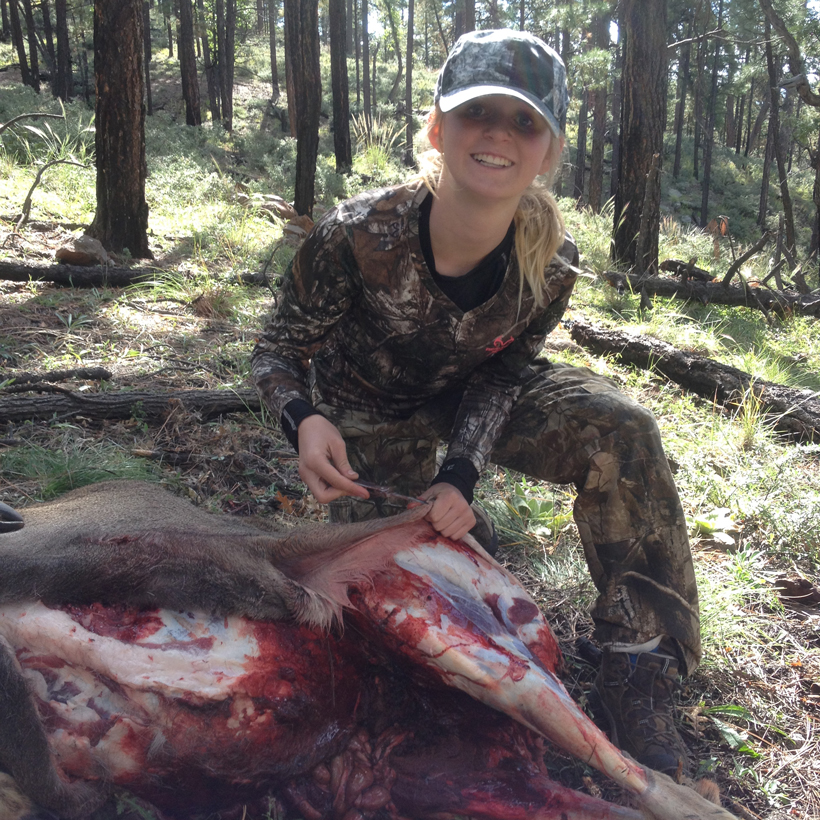 We spent some time taking pictures and soaking up the moment of my first big game animal. Afterwards we cut up the buck and loaded it on the mules and headed back to camp. 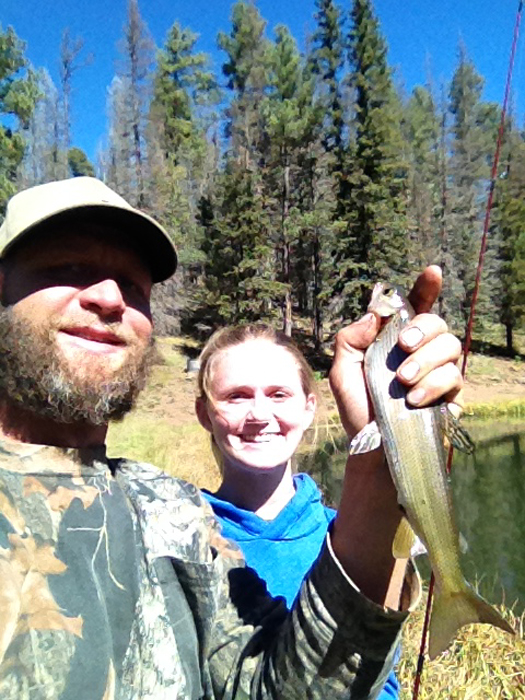 We spent the rest of my hunting trip fishing and hanging out around camp. I had the time of my life and I am thankful for my Uncle Daniel and my dad for taking me on such a great hunt. I cannot wait to head back out hunting again.