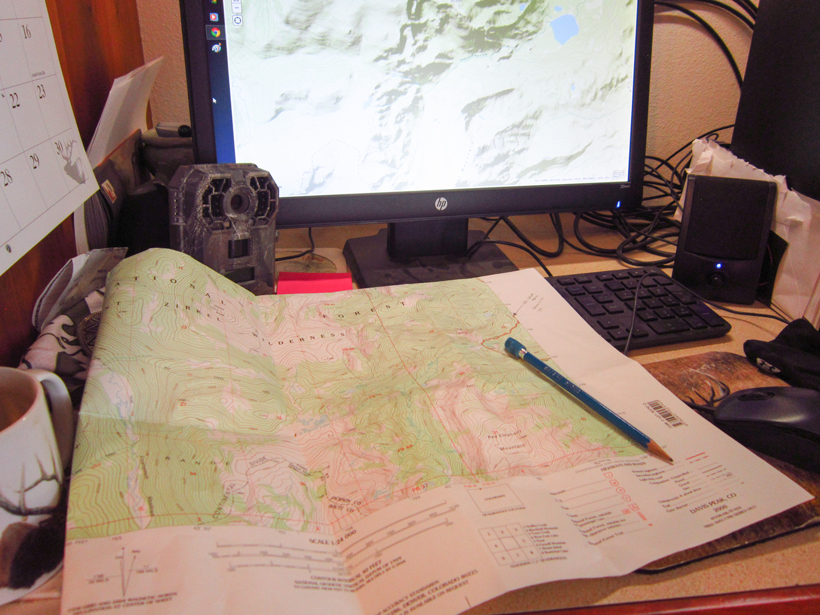 It was June 2012 and, after receiving many unsuccessful emails from multiple states, it was obvious that I had some work ahead of me to find some remote backcountry to hunt with an over-the-counter Colorado elk tag. I also needed to talk a friend into going along.

After spending months researching units and talking to biologists and game wardens, I had decided on a wilderness area that looked amazing both on paper and from the air. This was shaping up to be a pretty remote hunt so I spent the rest of the summer physically preparing along with tweaking and dialing in my gear. And now, it was time to work. 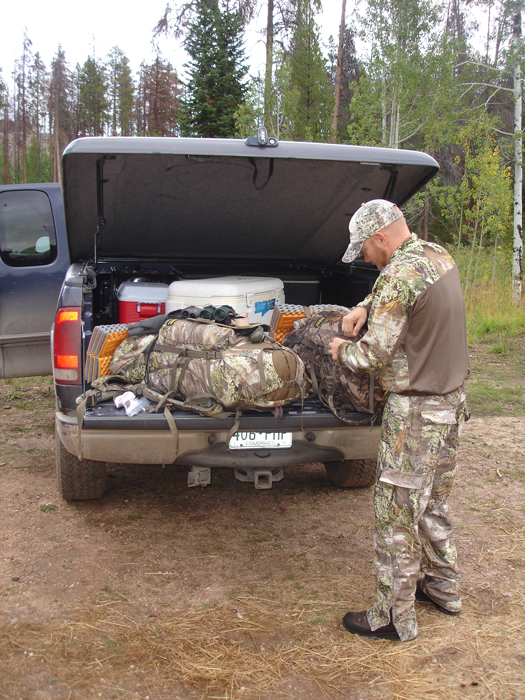 The drive from my home in Utah to the trailhead took about 11 hours. We would be bowhunting for the next nine days. I had picked a saddle about three miles in for the first camp and was looking forward to my sleeping bag and a cup of mountain coffee after the long drive and hike ahead of us. 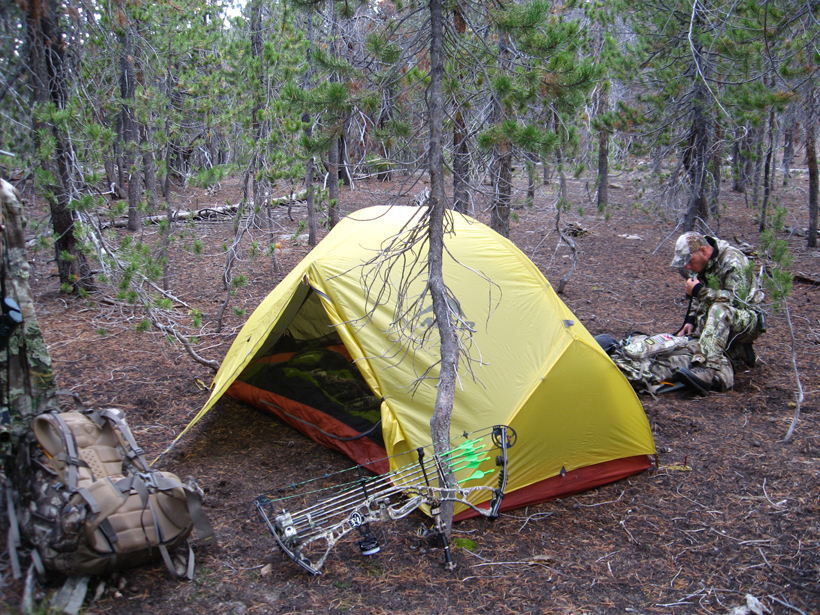 After setting up camp in the dark and getting a good night's sleep, the following morning had us listening to far off bugles and seeing little sign. Throw in a few boot tracks and it made for an easy decision to pack up and move on. 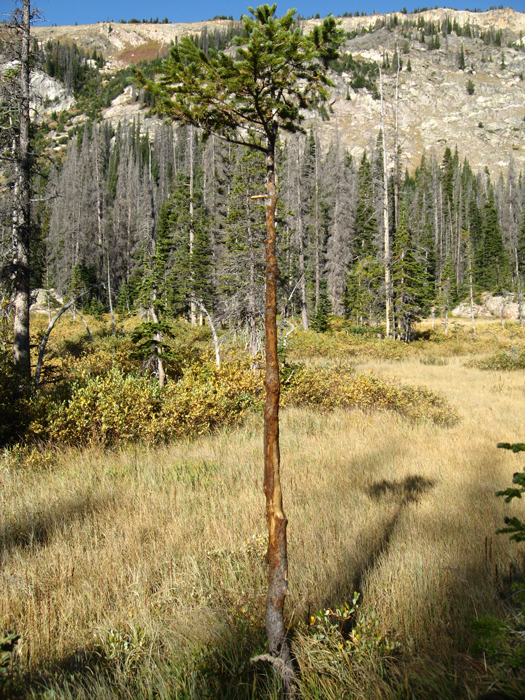 After putting a few miles behind us, we were starting to see some elk sign and began feeling a bit better about the area. The rubs and tracks started to stoke the fire a little. 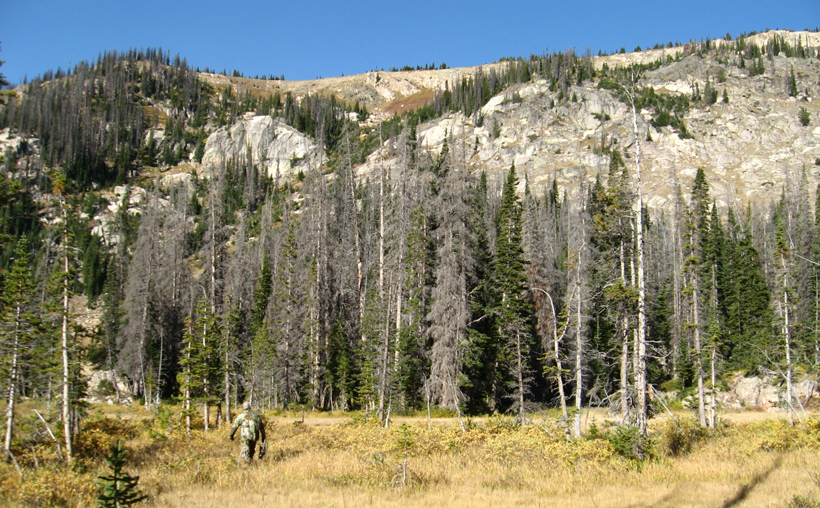 We covered some more backcountry the next day, but with a few close calls and only smaller bulls we decided to move again. The bulls we had seen were small satellite bulls and most units in Colorado have a four point or better antler restriction. These were not the bulls we were after. 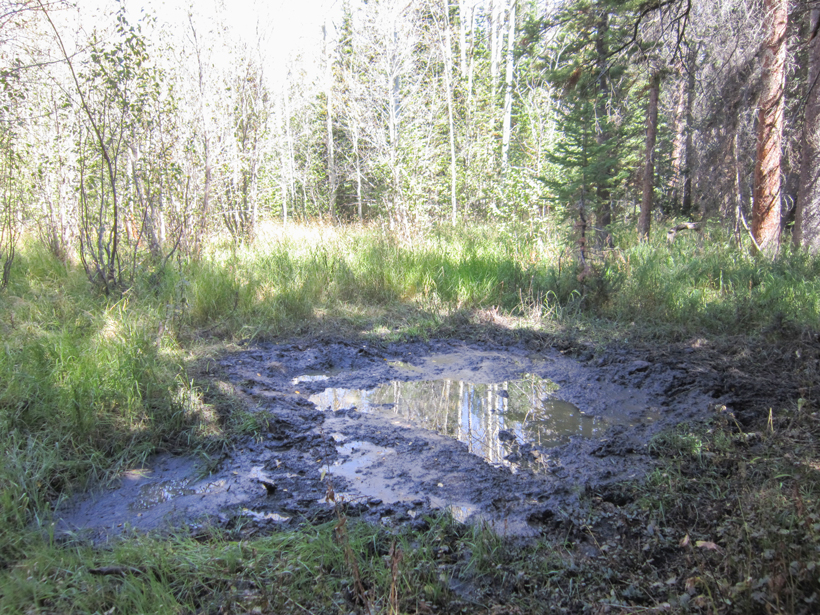 One of the many wallows we came upon in this area. I have not been anywhere else where I have seen so many. 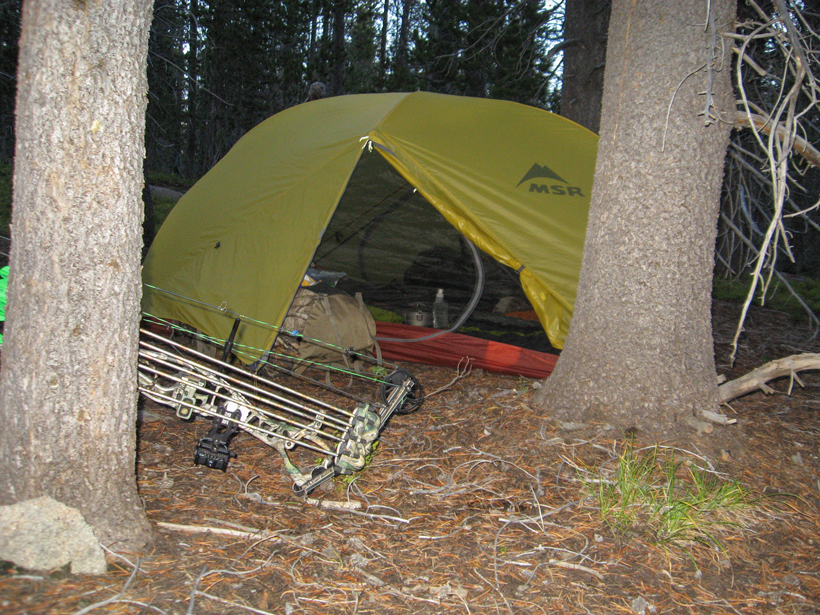 While setting up the tent we were welcomed by a not so far off bugle that left me with very little sleep that night. Not only was this bull close, but he sounded like a dragon. Morning could not arrive soon enough. 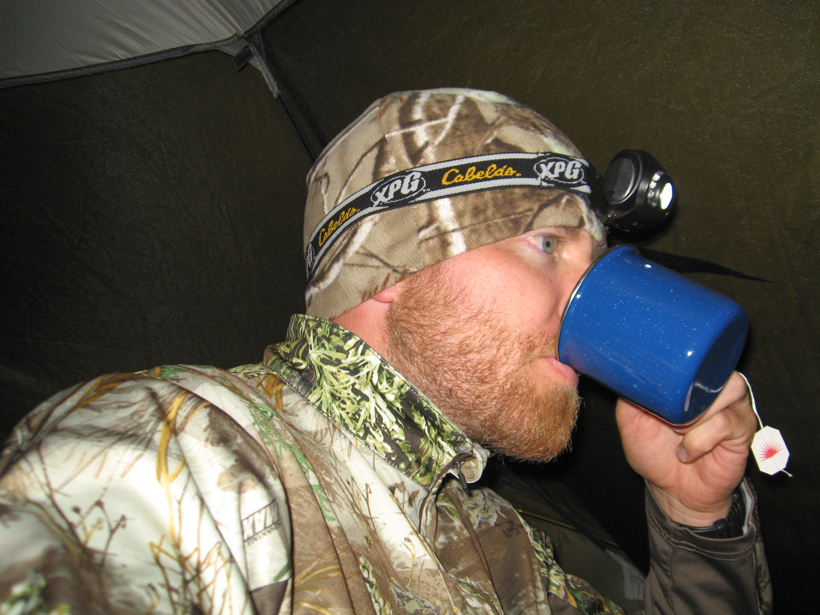 The morning of day three had me feeling like the tent was a cage. As we finished our coffee and waited for early light the bulls were going nuts just a few hundred yards from our tent. It was torture sitting in there listening to the madness just beyond our reach. Today was the day; we could both feel it. 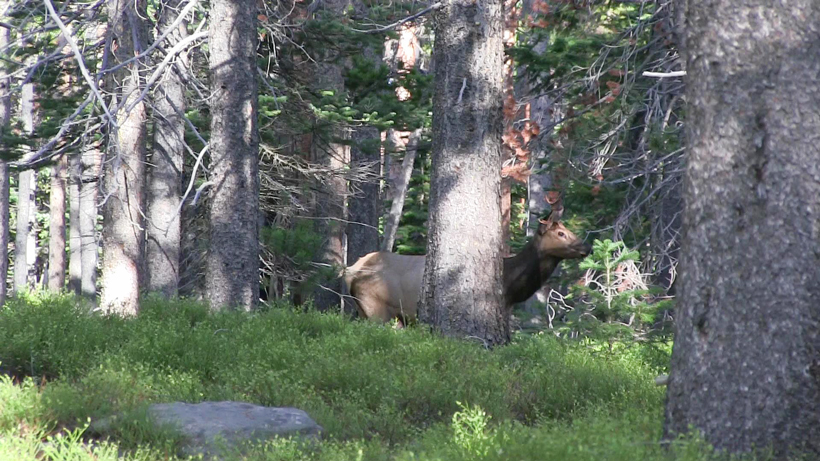 Just as we imagined it while sitting in the tent there were elk everywhere: bulls chasing cows, cows chasing cows — it was pure madness and the stuff elk hunter dreams are made of. It did not take long before we heard the growler from the night before just inside the dark pines. 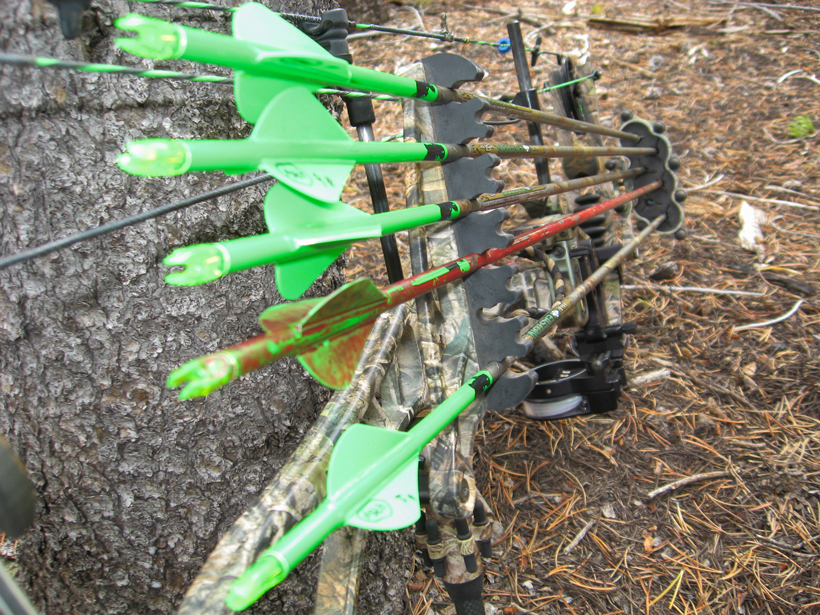 A soft mew on my call and the bull screamed in our face. In a flash I had a cow within 15 yards with the bull right on top of her. I must say when I first laid eyes on this bull he was far from what I had expected. At 12 yards I mewed settled and released. I had just arrowed the most unique bull elk I had ever seen. 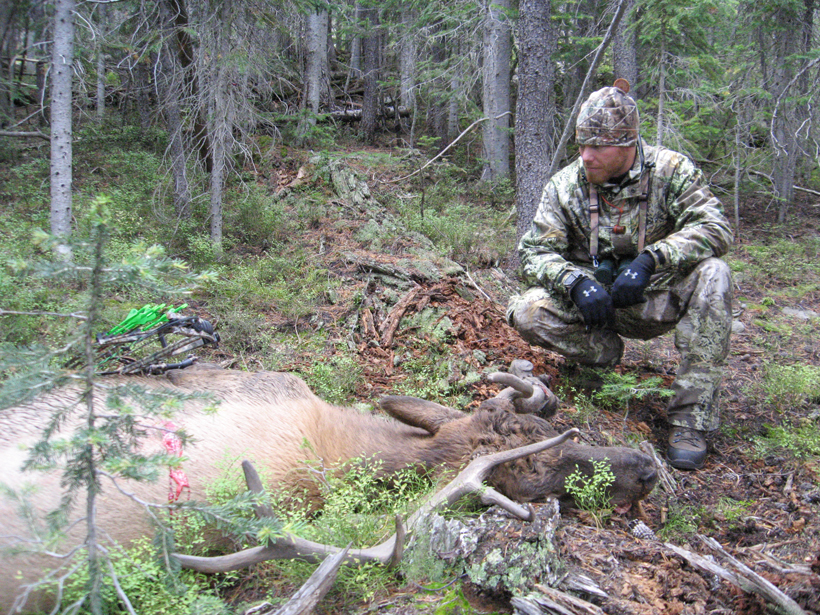 We waited an hour and after a short 60 yard blood trail I realized that he was not the big six point that I had imagined the night before but, instead, something much more special. 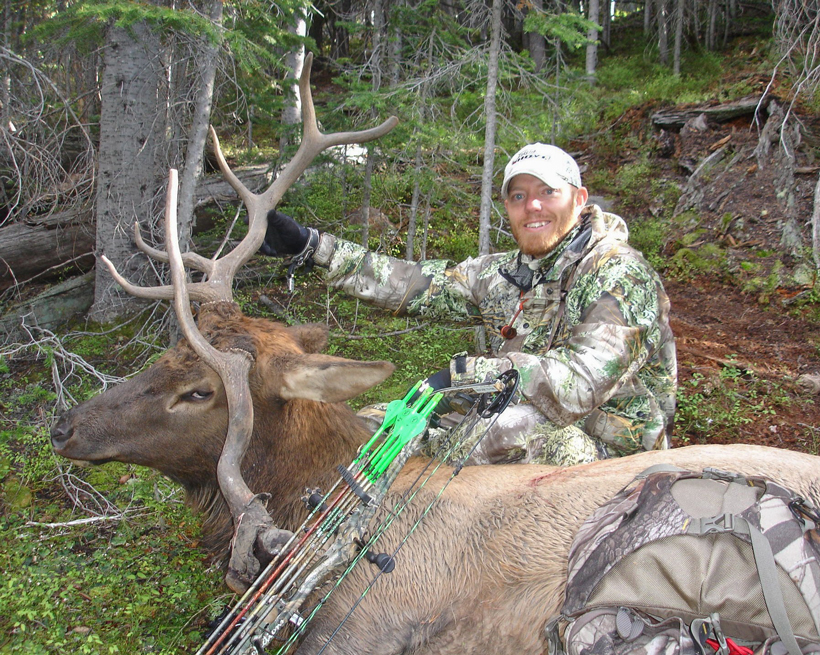 To say that I was pleased would be a huge understatement. I could not have been happier with a 400 inch bull. Mature bulls the likes of this one are animals you do not see everyday. I was very pleased to wrap my tag on this incredible animal. 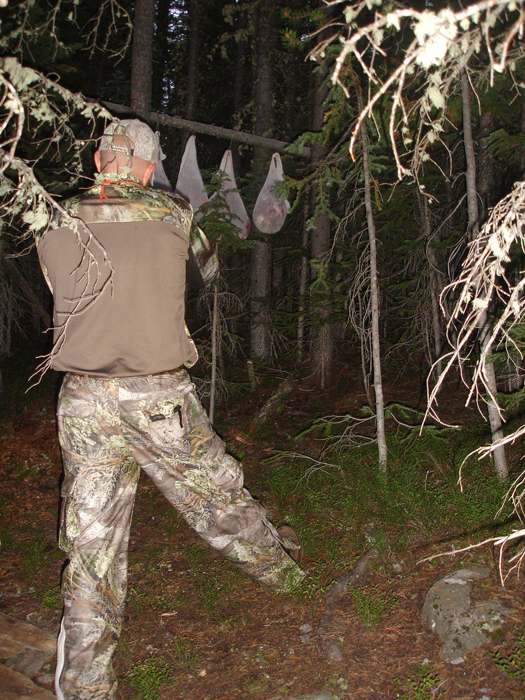 We boned out and hung the meat after a ton of high fives and fist bumps. We were still on cloud nine. Then we started to realize the work ahead of us. 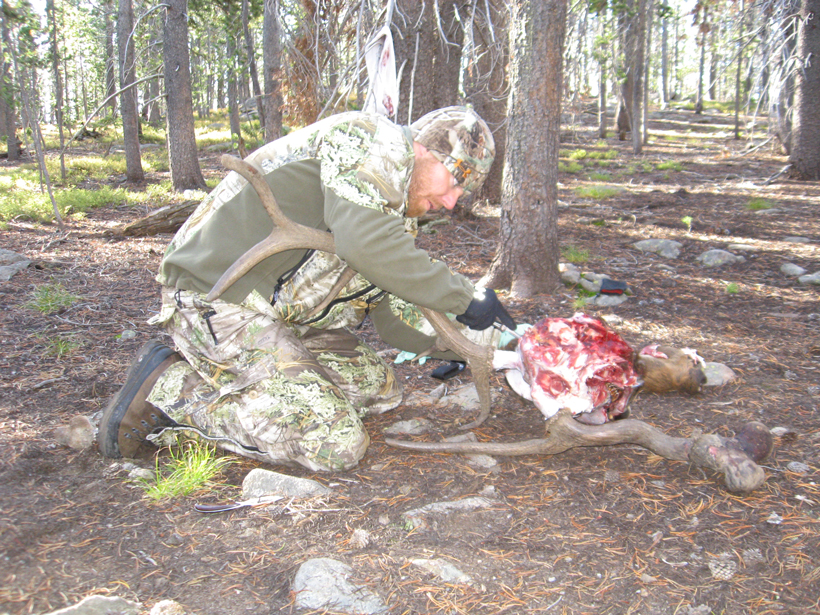 Breaking down the bull for the the long heavy haul out. I am still amazed by such an incredible animal. 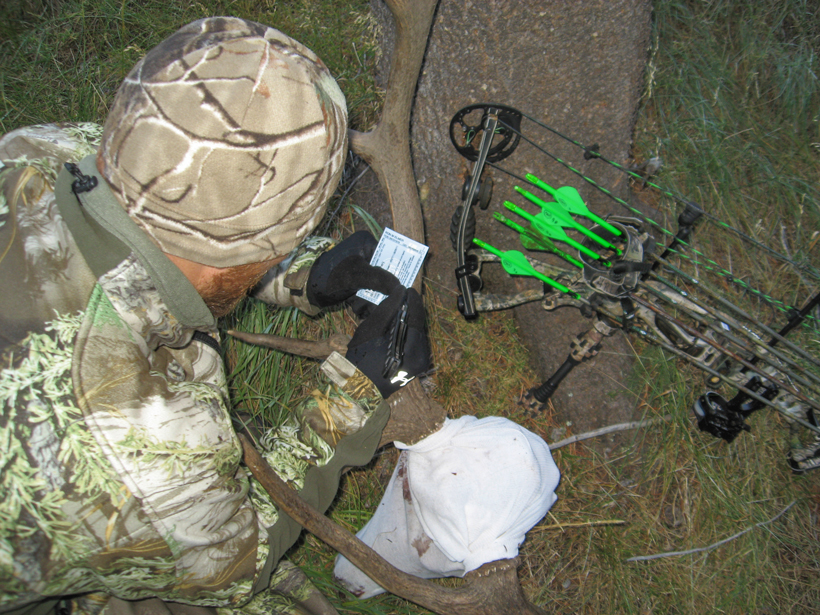 It is a great feeling to wrap an over-the-counter tag around a bull’s antlers that you worked hard for with the knowledge that you did the hunt all on your own. The feeling of a do-it-yourself hunt is unbeatable. 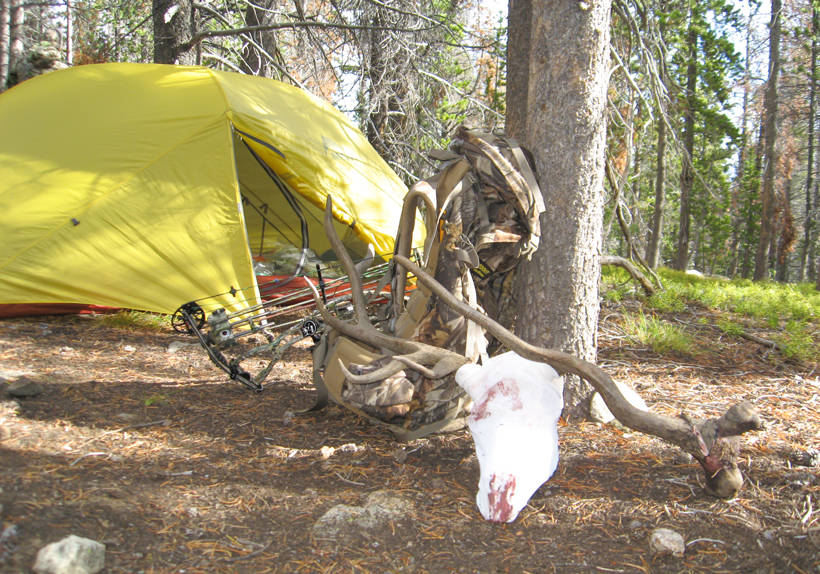 The last stop before our now nine mile pack out. It was back breaking work but worth every drop of sweat. 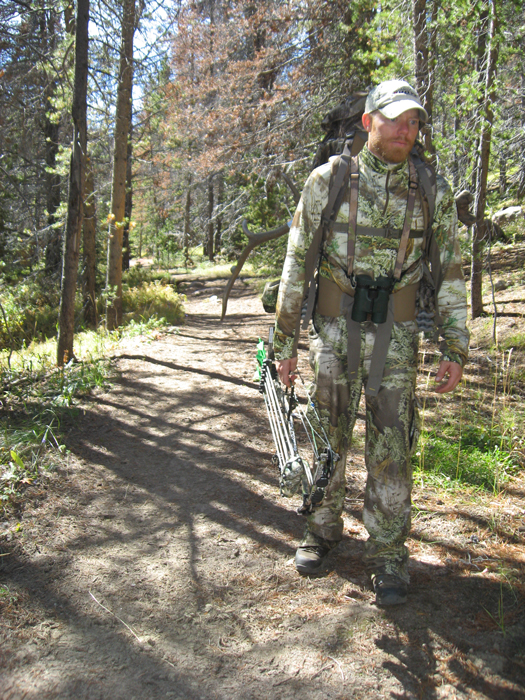 With a 100+ lb pack the main trail was a welcome sight. Although I did not draw a high valued tag for an epic unit I was still able to get the most out of my elk season with a little research and hard work. Do not be afraid to get out there and find a place to earn an opportunity. 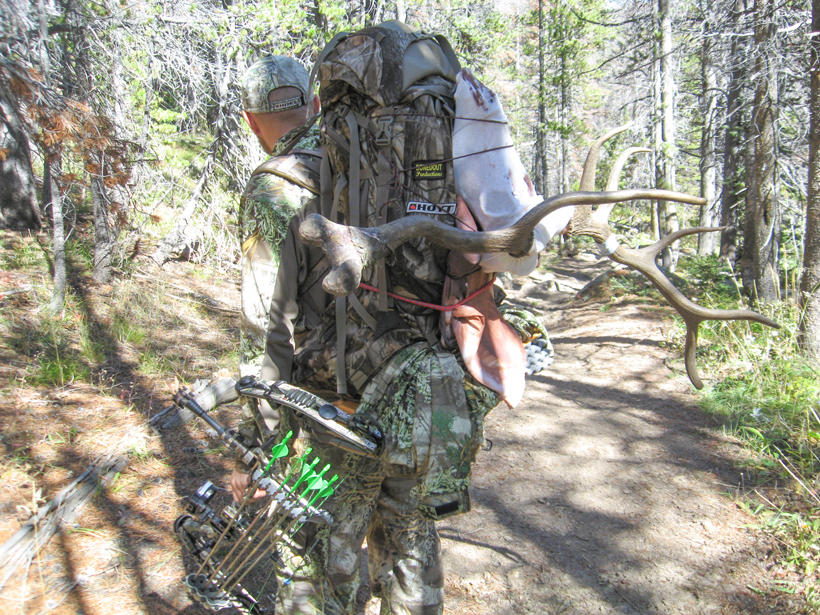 One last breather before getting to the truck. Looking forward to many more hunts in this over-the-counter unit. 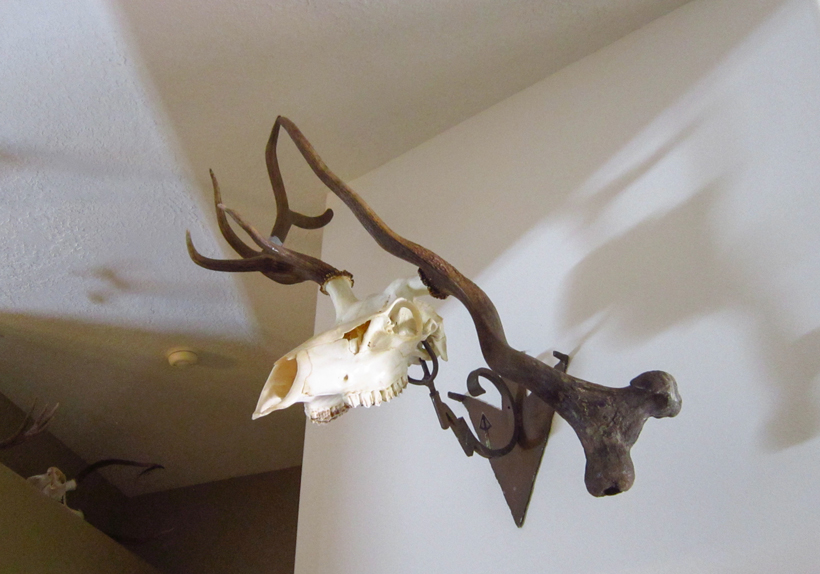 As fast as it started it was over. I see this bull everyday in my home and it is a constant reminder of what hard work will do for you. I am already planning for next September!