Breaking tradition: Not a bad thing 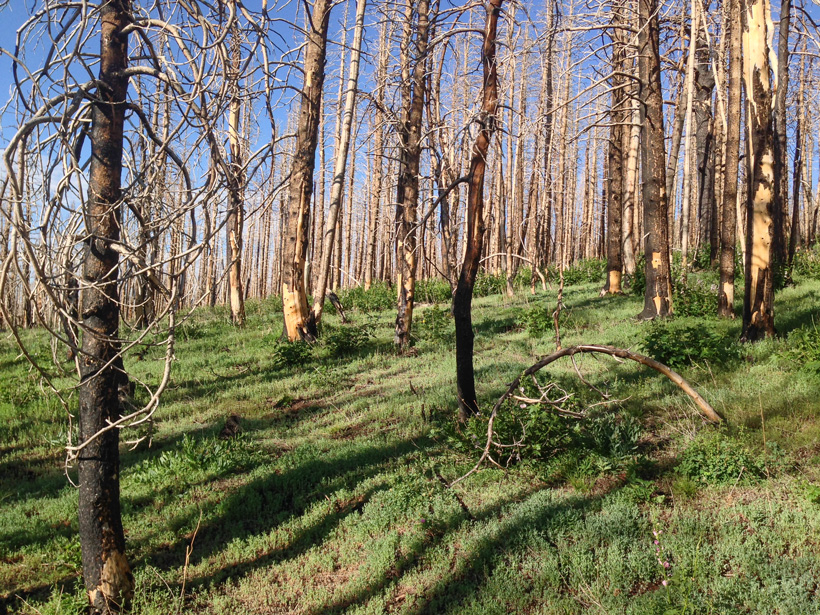 This article was re-purposed with permission from Trophy Hunter Magazine.

Tradition feels like home. It is family, familiarity, comfort. It is like seeing an old friend again. I grew up deer hunting with my uncle, cousin, brother and father on the same mule deer landscape since before I could carry a rifle. It was the very definition of tradition, but my cousin and I decided that the 2014 deer season was going to be different. We were going to explore new places, see new country and leave the traditional deer hunting grounds for another year. It was time to break tradition. 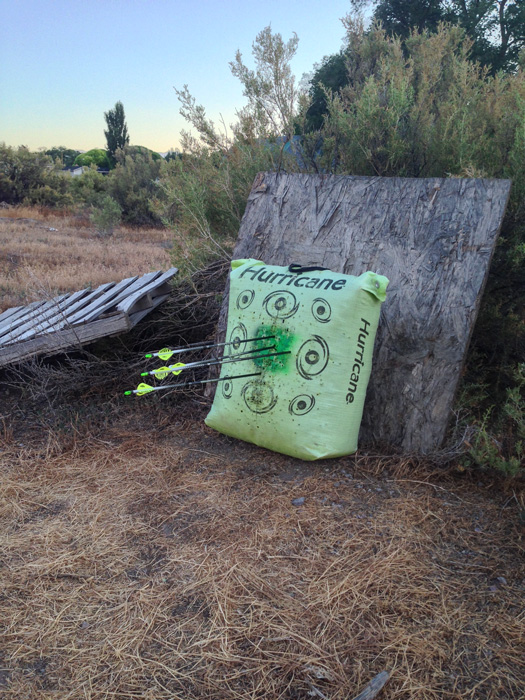 In 2010, I moved to Southern Utah to work as a wildlife biologist. By default, we picked a unit closer to my new home, and applied for general season archery tags. In recent years, the archery bug had bit us both due to the unique hunting experience and better odds at obtaining a tag. A few months later, we found out the general deer season gods were watching out for us and our adventure of breaking tradition was about to begin.

At this point, we had no clue what we were getting into. I had never hunted the mountain and I do not think that I had ever even stepped foot on it. My first thought was, “Where do I start?” 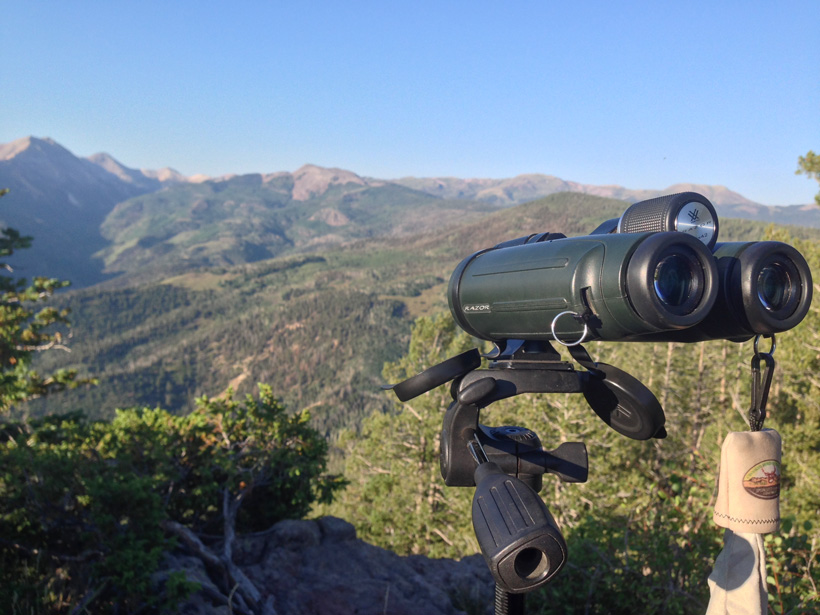 By the time June rolled around, I had some places on maps circled to start my explorations and scouting. I narrowed it down to a specific area with numerous drainages and ridges and told myself somewhere in here is where we would hunt. Now, I just needed to figure out exactly where that was. 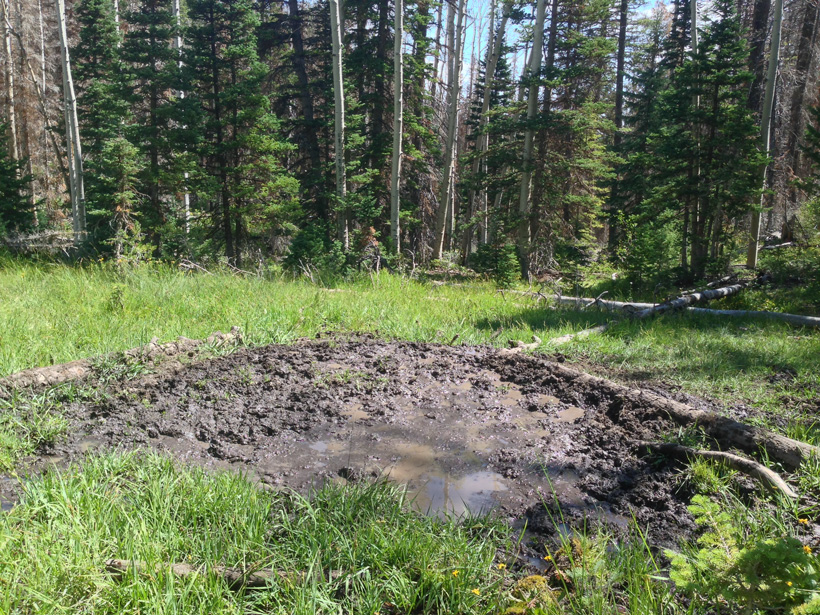 My first exploratory jaunts found few deer, but uncovered a lot of elk. 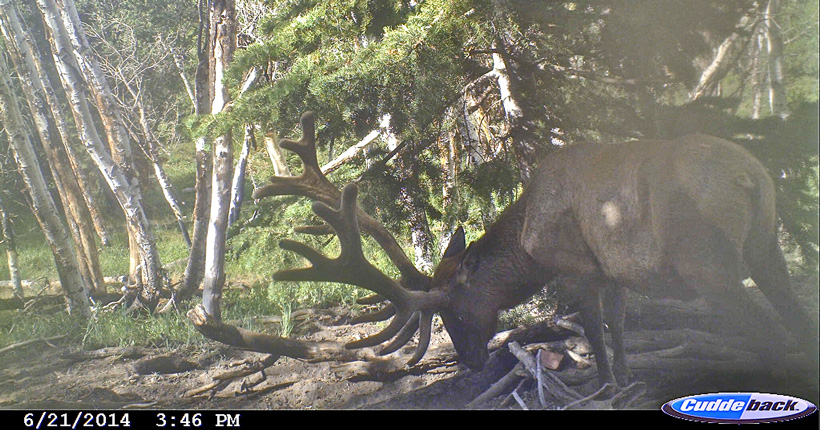 I set up a trail camera in an area and ended up with hundreds of pictures of elk, with some unique bulls I might add, but no deer.

I decided to move to a different part of the ridge and received with the same results. At this point, July was upon us and I still had not pinned down where this hunt was to take place. On a whim, I decided to approach the same ridge from a totally different drainage a few miles to the south. This turned out to be a great decision.

As I was wandering the forest I saw the familiar glow of a mule deer’s summer coat through the timber. There were two of them staring a hole through me at 70 yards. I knew one was big but I never could get a glimpse of his antlers in their entirety through the timber. I would see deep fronts, mass, and a little trash in glimpses and spurts as they wandered off. Right then I knew the decision was made for me. This was the place. This is where tradition would be broke. 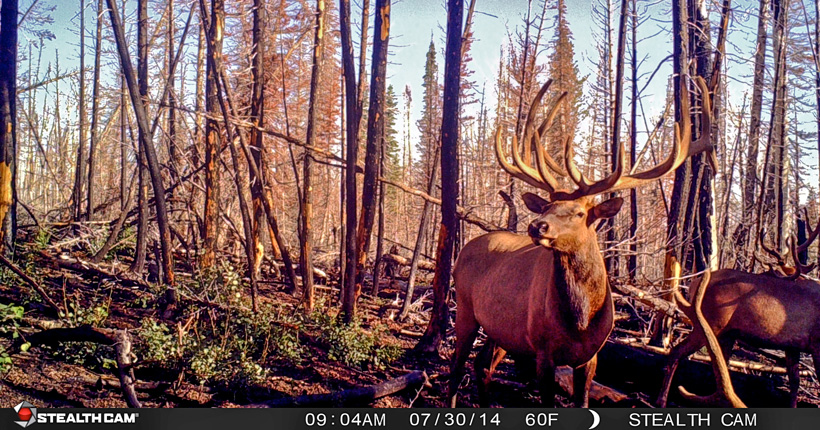 After they moved off the top of the ridge I made the 10 mile round trip hike to retrieve the camera that was on the north end of the ridge. I came back to the spot where I had initially seen the buck and attached the camera to a tree, hoping to get lucky. Over the next few weeks, I had hundreds of pictures to look at, but only of bull elk. There were no deer. That did not matter because I knew this was his house. I had confidence in my location. 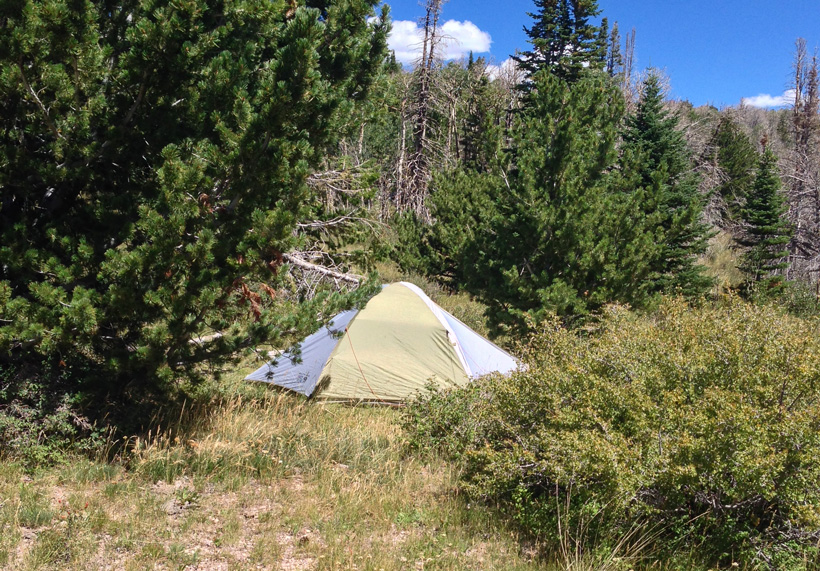 My cousin and I decided to backpack up and hunt out of a base camp on the mountain. This decision also broke tradition since historically we hunted during the day and returned to the comforts of a nice cabin for so many years. We were both beyond excited for the change in venue and accommodations. 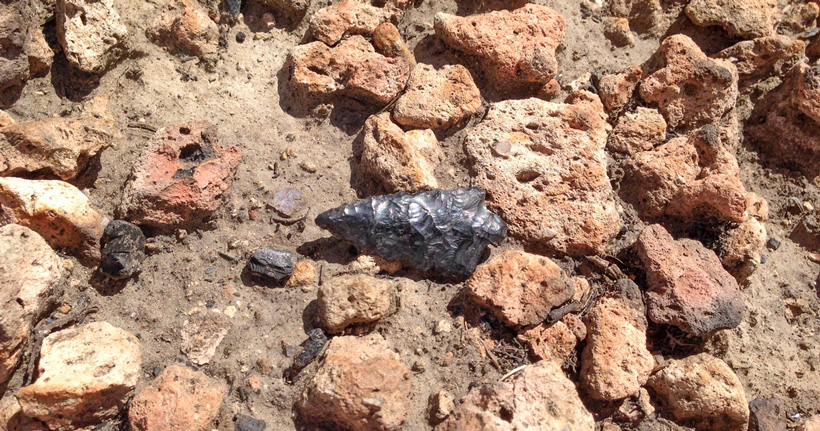 The weather the week before had been cool and rainy, but the days leading into the hunt and the forecast for opening weekend was hot. I knew that there were likely to be other hunters in the drainages below where there was water and more cover. Instead, we chose to go to the top of the ridge where the sun was blistering hot, landscape was like a matchbox void of shade and vegetation greater than belt height. It was not the most comfortable hunting to say the least, but I had a feeling that it was his stomping grounds. 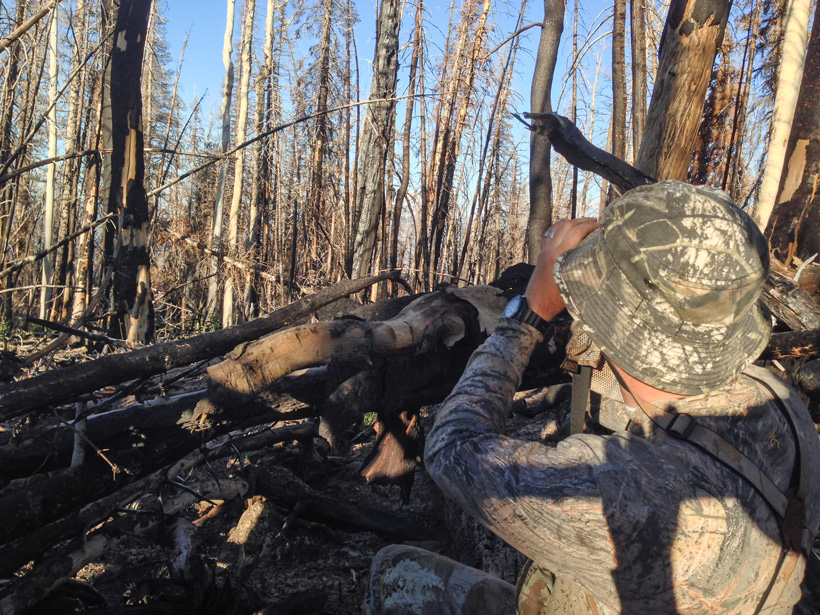 Opening morning found us in a makeshift blind of fallen trees in the exact spot I had seen the buck for the first and only time during the previous month. Before we got in the blind, I grabbed the SD card out of the camera and scanned through the pictures as the sun painted the eastern horizon pink and orange. Again it was bull after bull after bull making an appearance throughout the day everyday on the trusty Stealth camera. Then suddenly there was a buck. It was him! He had finally appeared in front of the camera only a few days before. This gave us hope. He was here somewhere. 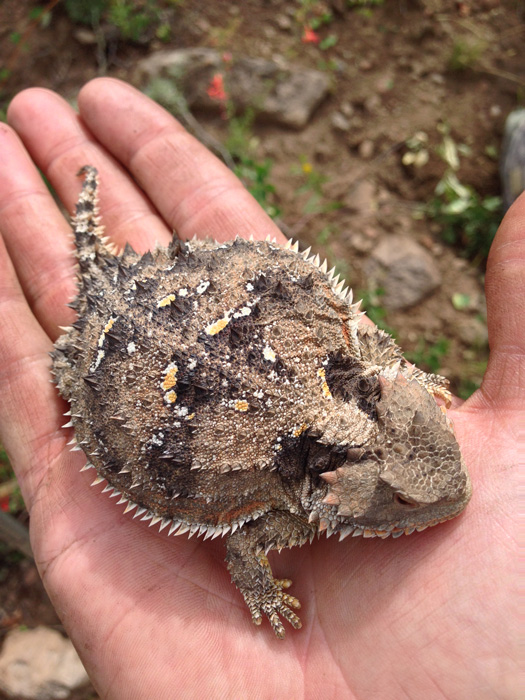 Opening morning, we waited and waited until the sun pushed us over the side of the ridge for a midday break in the shade. We got back in the blind a couple hours later and saw nothing the rest of the day. The second morning was a repeat. We waited in the stick blind until the heat was unbearable. At that point it was decision time. Were we going to go back down to camp and hunt lower later that night or do a little more poking around in the heat of the day? We chose the latter thank goodness. We ended up wandering and checking out new canyons and following game trails. Around 1 p.m., we decided to stop and eat some lunch in the little shade we found. After, we started side hilling it to the top of the ridge again.

Then it happened just like before: middle of the day at 70 yards, the buck appeared. He was staring a hole right through us. I was ecstatic to see him again but disappointed that he saw us first. We watched as he turned and slowly worked his way into some thicker cover. He did not run or act overly excited. It was a long shot, but we needed to make a move. We may never see him again. We decided that my cousin would swing wide and move in above him as quiet as possible in hopes of surprising him from above. I was going to go and hide where we jumped him out of his bed in hopes of him circling around and coming back to his original position as wily bucks do so often. I got into position where the buck had given me the stare down for the second time and my cousin disappeared as he made his way over the hill. I stood there, ranging a few shooting lanes around me. 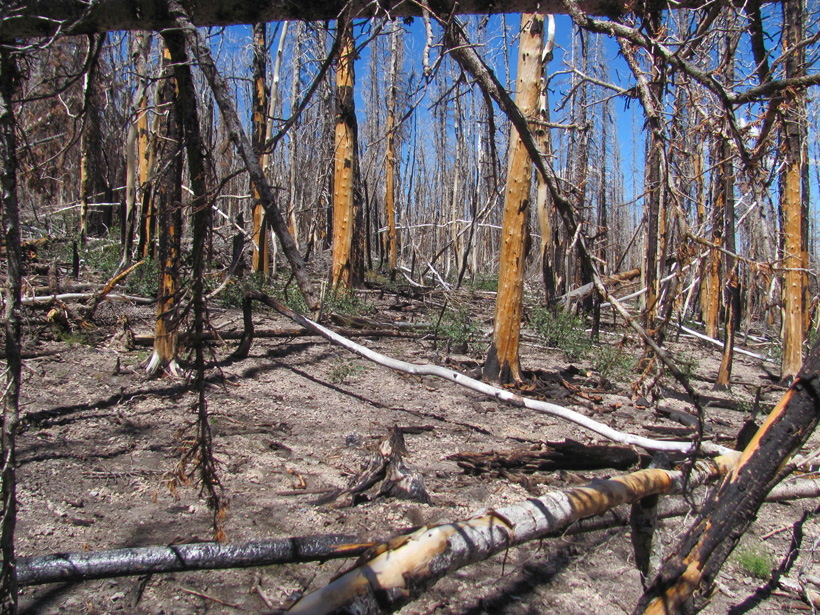 Not fifteen minutes later as I was half daydreaming and looking through the timber, I saw his antlers! I could not believe it. The buck was actually doing what I thought he might do. At this point he had no idea I was standing in his bed uninvited, watching. Deadfall was blocking all but his head. I put my Vortex rangefinder to my eye but found I was shaking so badly from “the buck fever” that I could not get a range on him. He then turned and started heading the only direction I had a shooting lane in. I could not believe my luck! As he was moving in front of me I drew my bow, whistled and prayed that he stopped in one of the small windows I had to shoot through. And he did. He stopped perfectly broadside with his vitals between two trees. I somehow managed to rest the 40 yard pin in the kill zone despite the excitement and buck fever. I let the arrow out of my Prime Defy and my jaw dropped as I watched the arrow sink in his chest and blood immediately run down his body as he turned and ran. 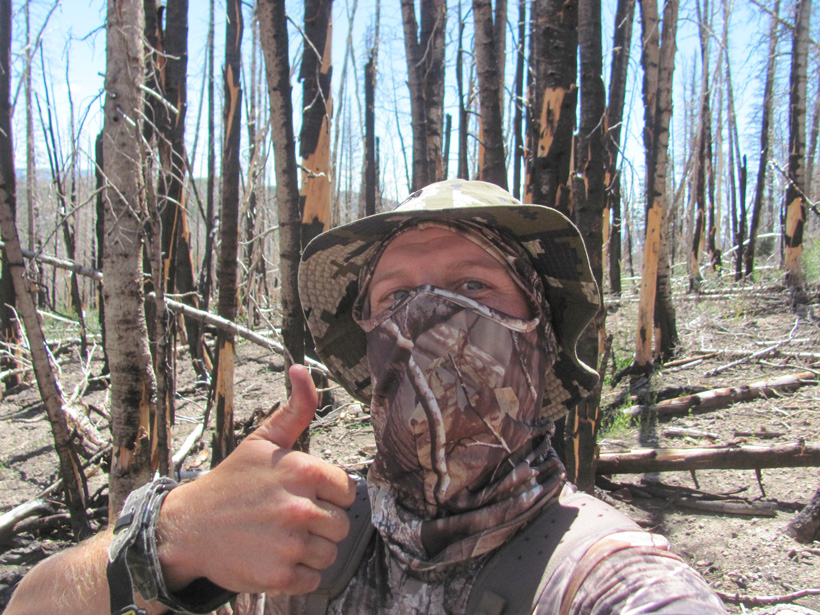 Did that really just happen? I was a bit stunned I did a couple stereotypical fist pumps and, just like a narcissistic teenage girl, I took a selfie. Do not ask me why but I did. I wanted to capture my excitement in the moment (although my face mask was still on so the emotion was somewhat concealed). 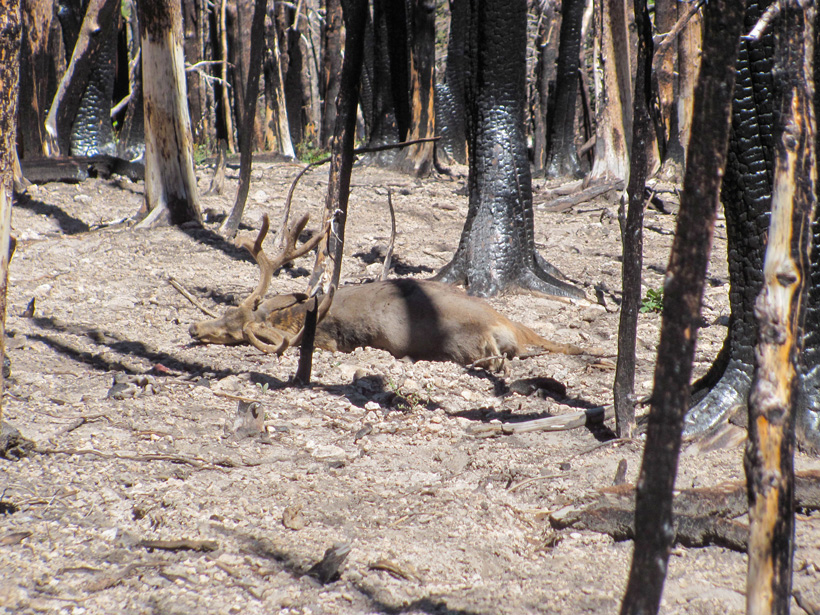 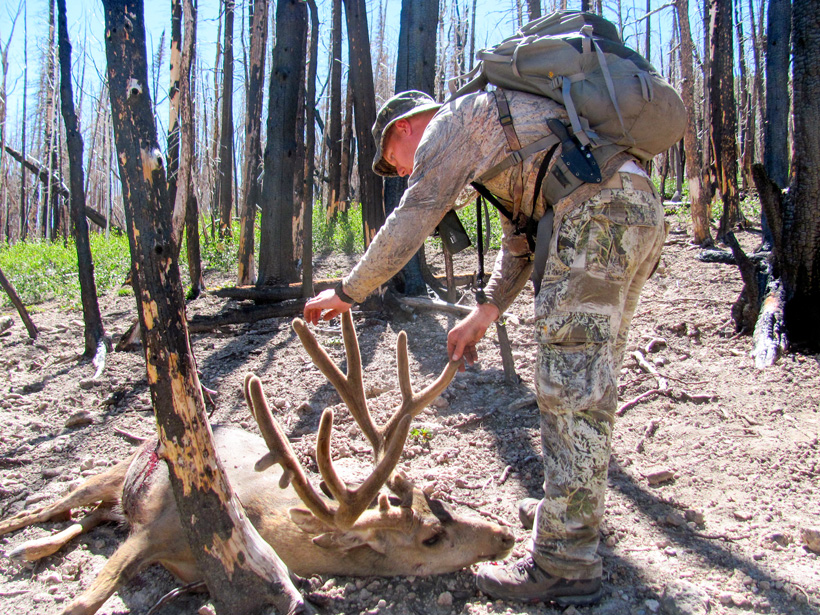 My cousin made his loop and came back to meet up with me. I tried to play it cool but he saw my big grin and asked, “You shoot that buck?” I showed him my quiver and pointed out it was missing an arrow and the high five, fist bumps, and excitement began. 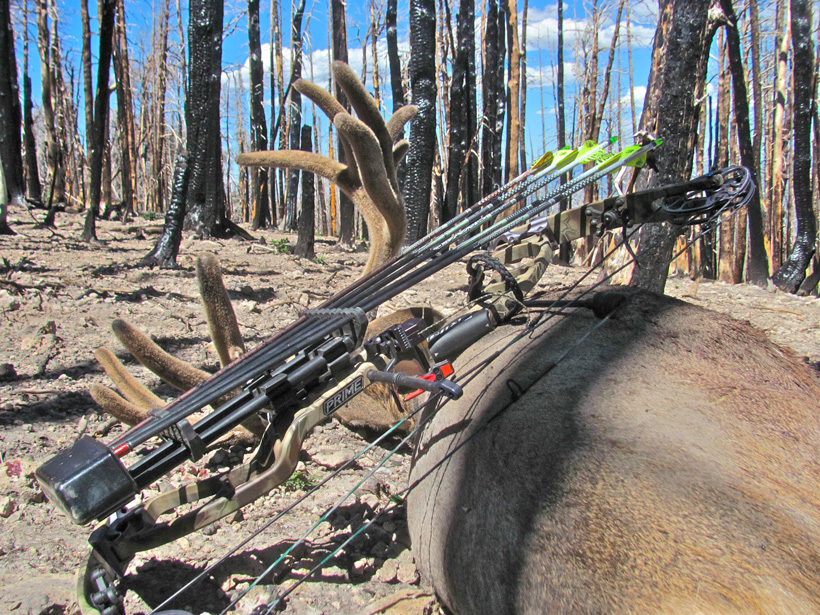 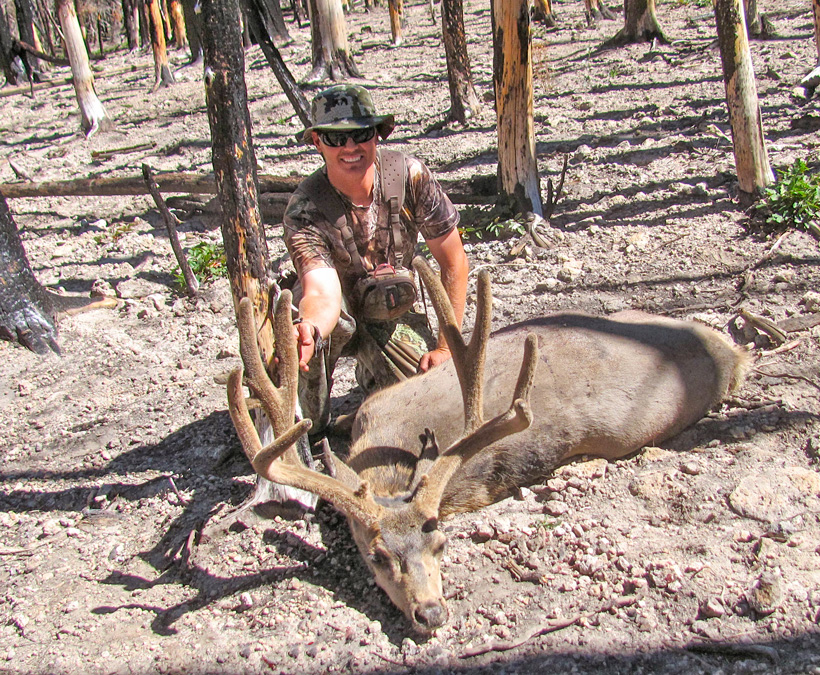 We gave the buck an hour, which seemed like biblical time, before we started tracking. The blood was good but after we found the arrow had backed out, it started thinning. About the time my thoughts of “what if” started racing through my mind, I looked down the hill and there he lay. I was in awe. He was the first buck I had killed with a bow and by far the biggest buck I had the privilege of harvesting. 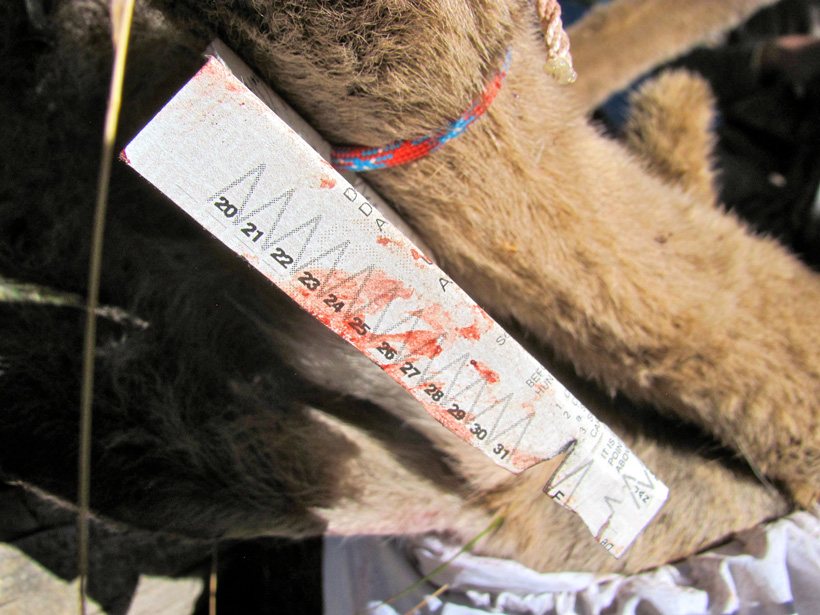 As we field dressed, caped him and carried him off the mountain, he continued to grow before my eyes. 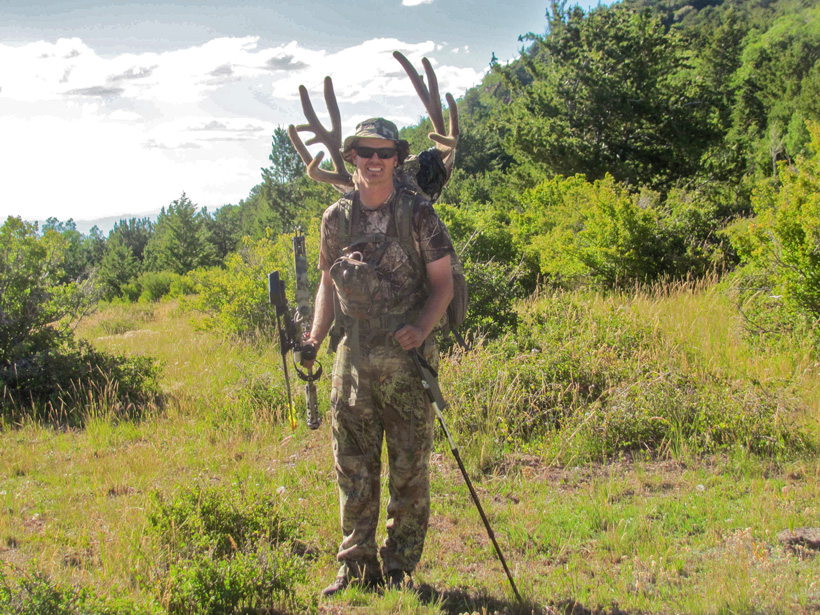 His mass and height was what impressed me. 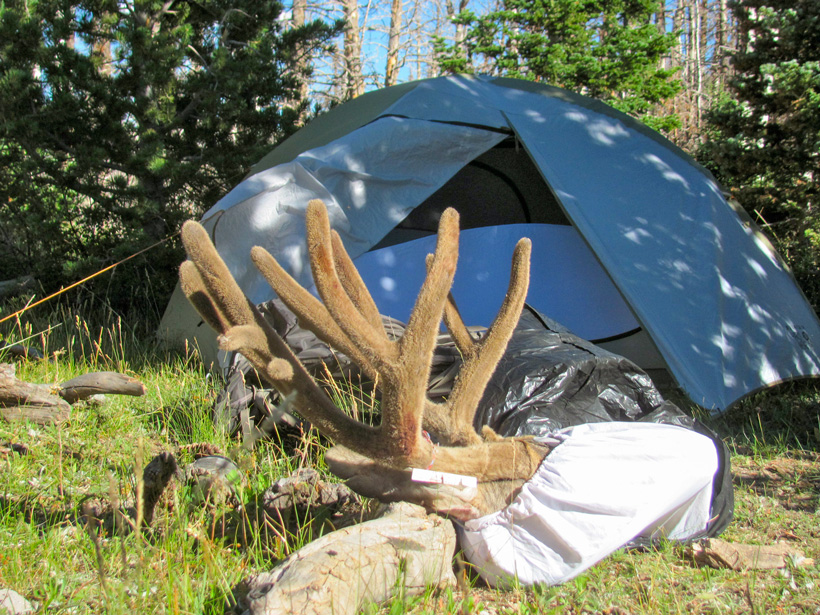 I do not measure my successes in inches so it was not until the taxidermist put a tape on him and rough scored him at just under 193” that I knew he was bigger than I could have hoped for. 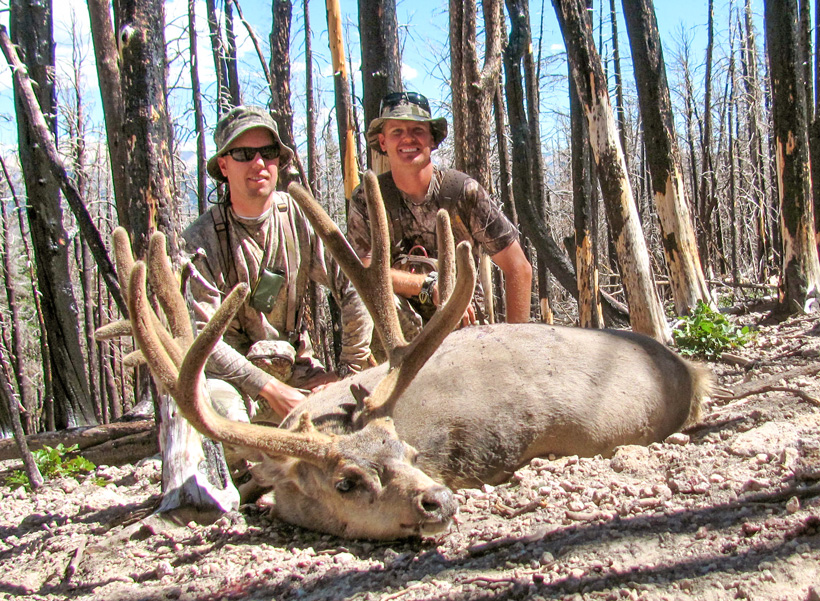 I cannot say thanks enough to my cousin. He has been an example to me over the years and I have had a lot of great experiences outdoors with him. This archery hunt will be near the top of the list and I could not have done it without him. 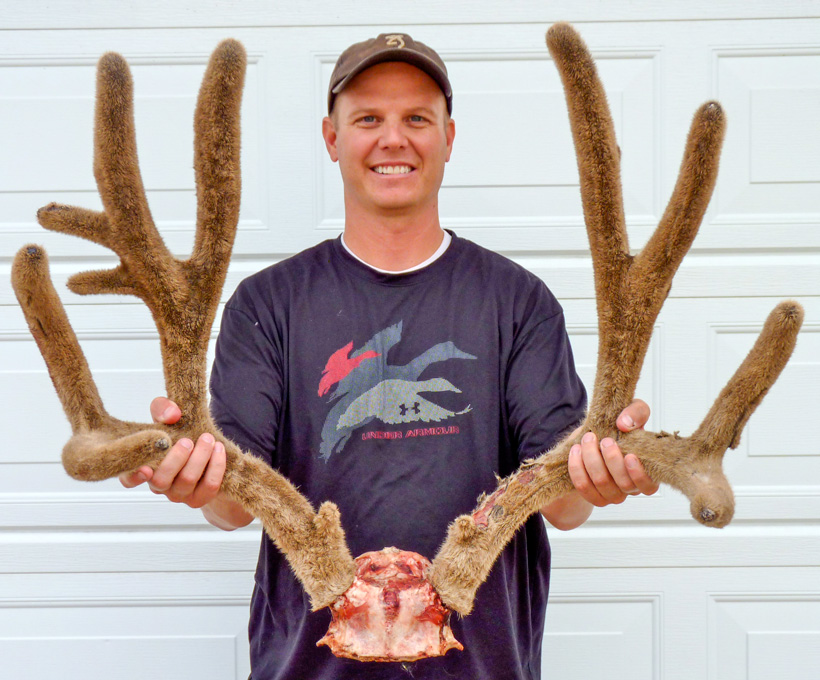 So now I am thinking maybe it is time to start a new tradition?