Battling rainstorms on an antelope hunt 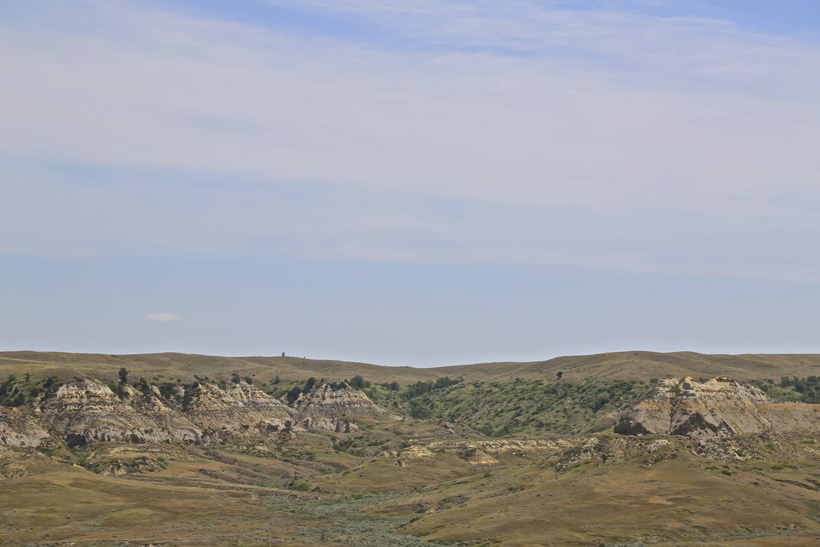 This was not a typical start to the season, it had been four years since I missed Montana’s early archery season for antelope, since I had prior commitments helping a friend fill his once-in-a-lifetime Wyoming Buffalo Permit. Luckily, we were fortunate enough to have quick success on the hunt and I was back home in no time at all. 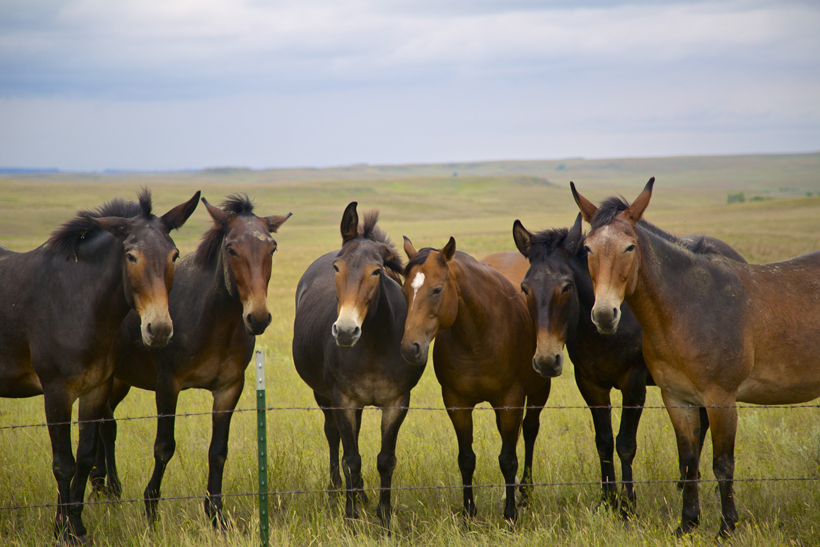 It was now August 20, and after a day of rest I was once again driving across the state to meet up with my good friend, Cole Burman, to hunt antelope for the week. 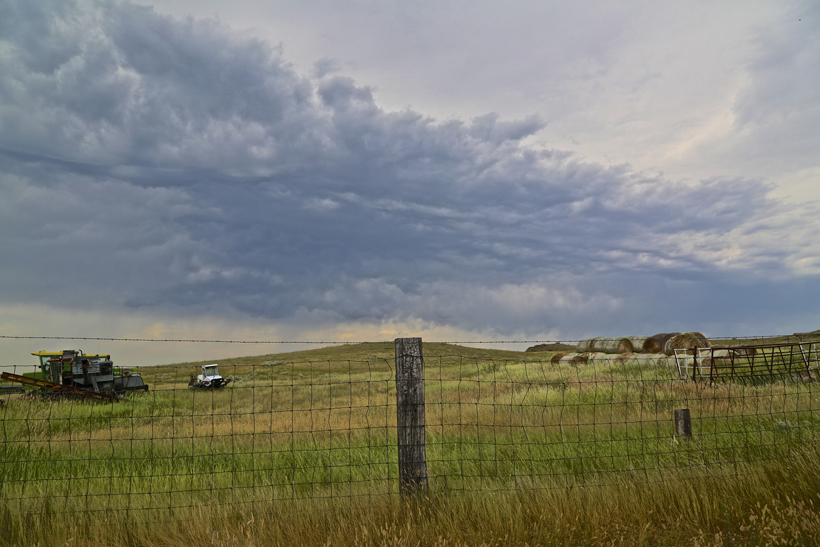 For the past nine seasons I harvested my Montana antelope on the same piece of property in Southwest Montana — it can be very tough leaving behind something that you know so well. I was nervous and excited all at the same time, but I had high hopes since Cole saw quite a few nice bucks during his summer scouting. 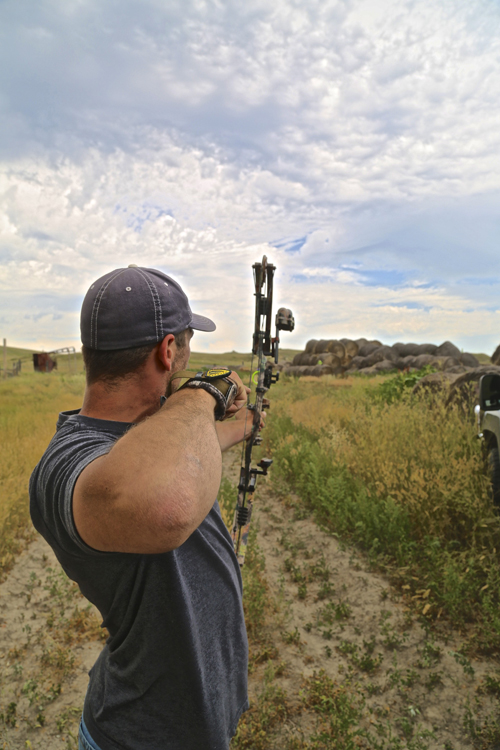 We both shot our bows and prepared for the following morning. The only thing not in our favor was the weather, the report was calling for a little precipitation, (all antelope hunters’ nightmare). This would prove to be an understatement to say the least! 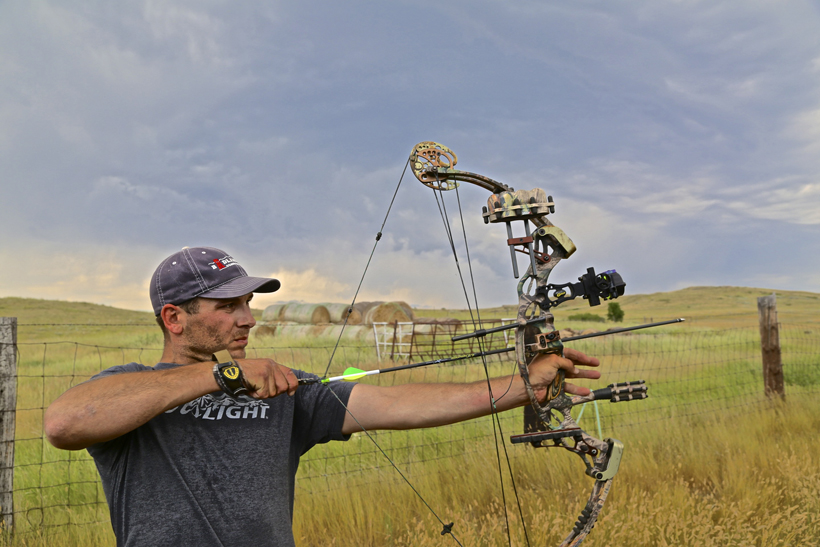 The first morning of our hunt came quick. We were packed and out the door an hour before daylight. With no real game plan, we decided to check the last place Cole saw the bucks and do some glassing. At daylight, we were able to locate an absolute monster. Unfortunately, he had 30 does and not much for cover. He was posted up in the middle of a massive hay field, looking very protected. 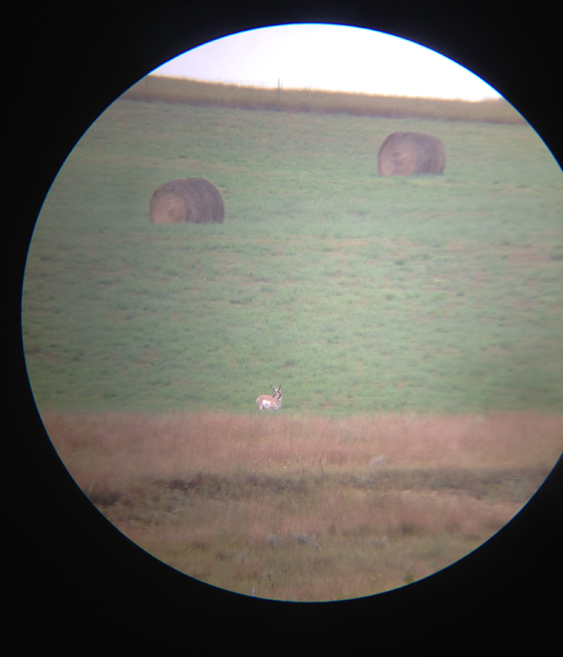 We watched him through our spotting scopes for over an hour. He put on an amazing show, chasing his does all over the place at mach speeds. Since he was not in a stalkable position and seemed content where he was, we decided to leave him and took a drive trying to cover more country and see what other options were out there. 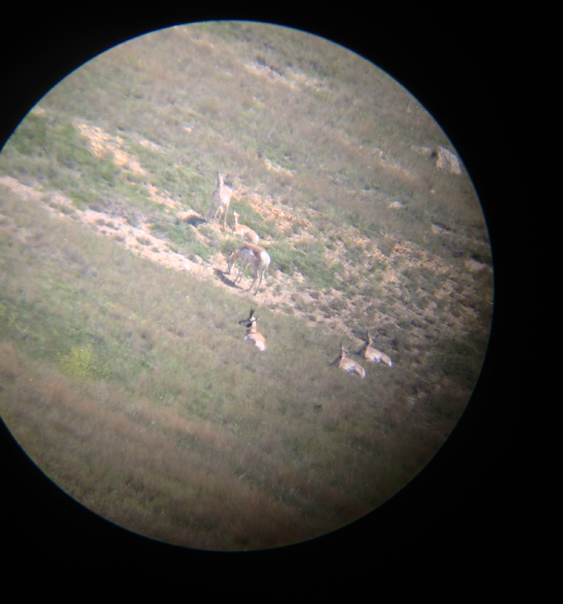 It was not very long before we saw the bright coloration of antelope filling our optics. We were able to turn up another group that had two smaller bucks and roughly 50 does. The bucks were in a good position to try a stalk and Cole allowed me to be the first shooter. We made a quick plan of attack and I was off in their direction. My stalk was cut short, as several lone does caught my wind, sending the entire herd out of the country. It was back to the drawing board. 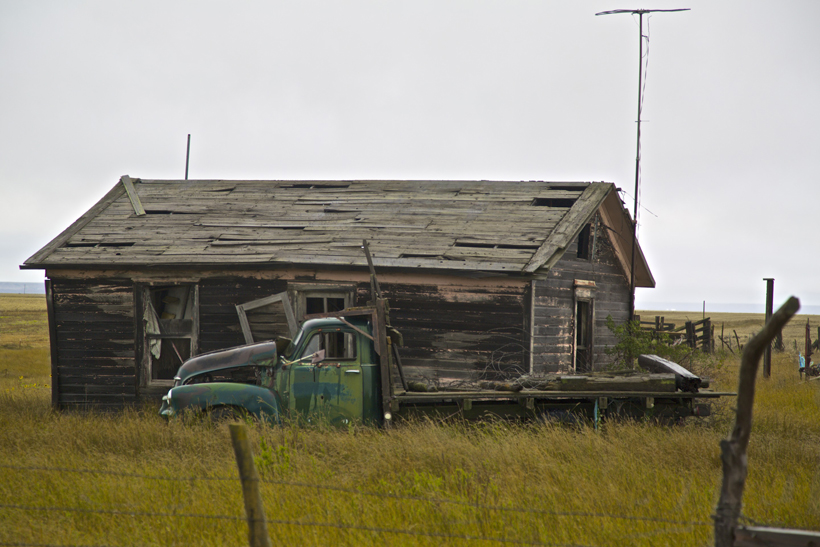 On our way back to check on the bigger buck, we found a loner buck. He was in a large open grassy bowl that had a small watering hole located in the middle of the basin. He was in a semi good position for a stalk and I thought I might be able to position myself inbetween him and the water. I made it 100 yards from the buck and ran out of cover as he approached the open watering hole. As I was backing off, he busted me. It took a minute to figure out what he was doing, but he rapidly made his escape. I figured it was all over, but when I got back to the truck Cole mentioned that the buck had not gone very far before bedding down in an idle spot for a stalk. He was bedded in some tall grass at the crest of a steep embankment. 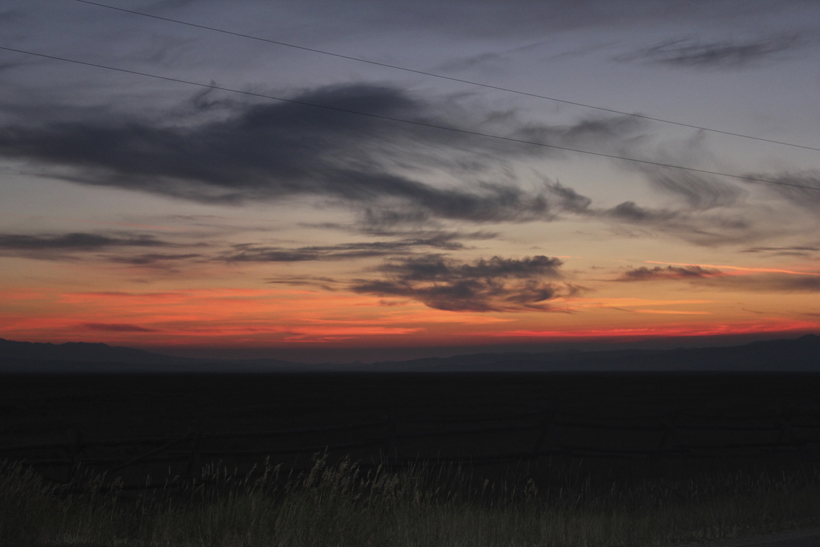 Once again, we made a quick plan, repositioned and I was off. Within 30 minutes I was closing the last 100 yards. I slowly crept over the ridge where I thought he might be bedded. I continually lifted my head to check for his position, until I finally caught a glimpse of his horns. I got my rangefinder out and ranged him at 42 yards, just as he busted out of his bed! I walked back to the truck dragging my feet. We called it an early day. 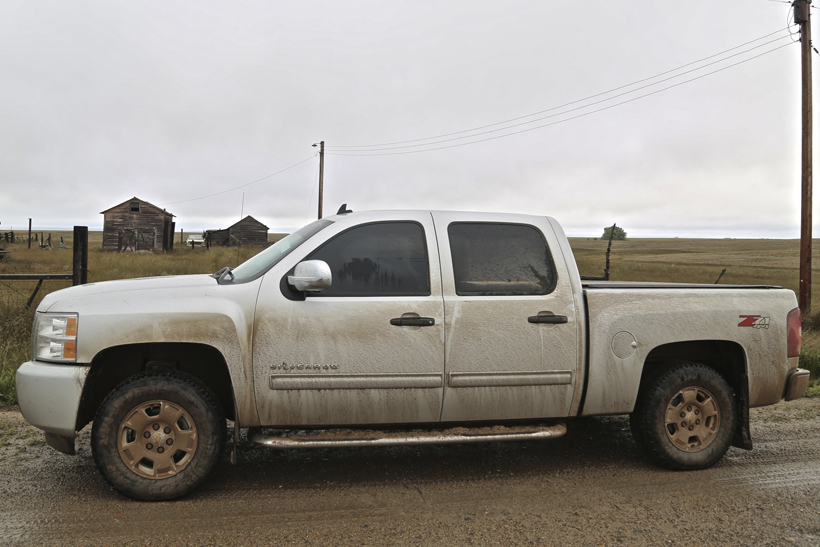 The next morning we woke up to severe fog and torrential downpour. We decided to get a late start to let the rain subside. By 10 a.m, the fog cleared, but the rain was still lingering and constant. We decided to head out anyway and quickly found the bigger buck, but still not in a position where we could get at him. So we picked up, making our way to the field where the loner buck was. 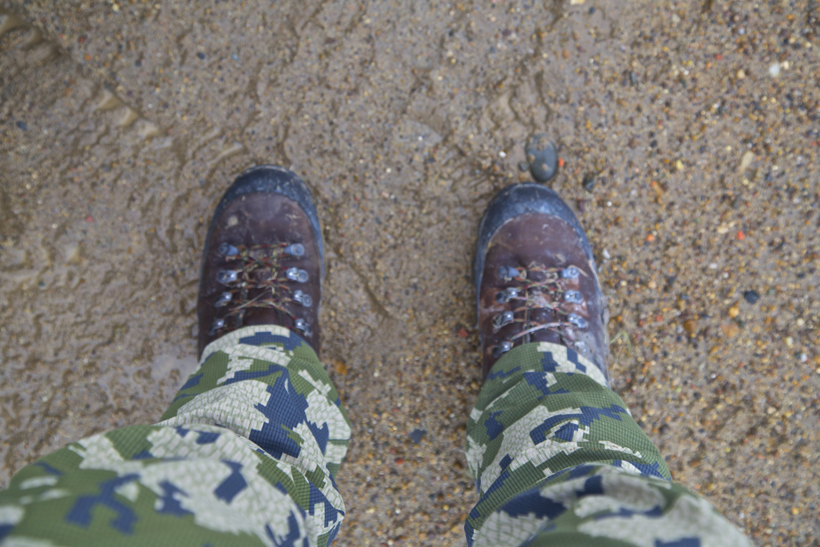 To our amazement, he was in the same exact spot where I stalked him the day before. It was still pouring, but I figured it could help by covering my scent and sound. Within 30 minutes, I was in range. As I was preparing for a shot, he abruptly stood up and shook off. I ranged him 62 yards as he turned straight way and began to feed off, never presenting a shot. I backed out disappointed, and now soaking wet. We watched him go to water and then vanish into the grassy hills. We were not able to find any other antelope for the rest of the day. 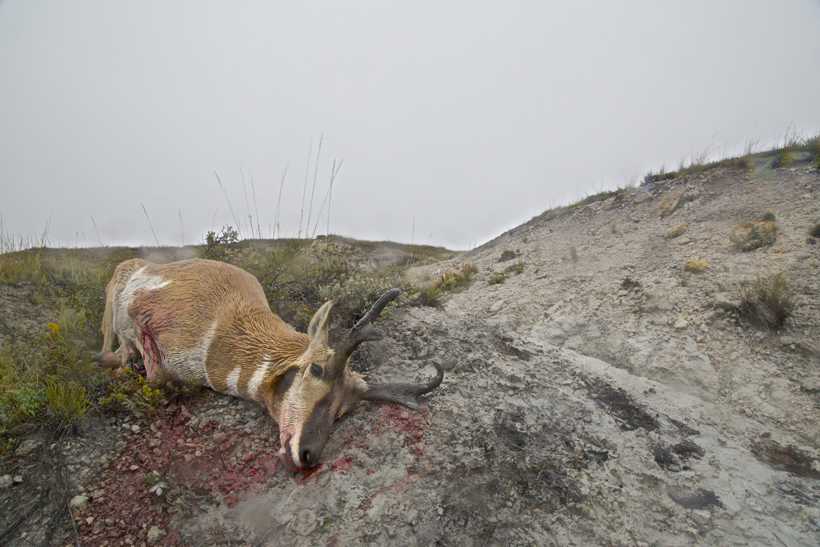 It never stopped raining, and eastern Montana had not seen much rain all spring. It pounded us, with a total of 5 inches over the last two days. It was now getting very messy and roads were starting to look impassable. Out of sheer stupidity, we decided to go out just to see where we could get to with the truck and we ended up taking a different route to our usual spots. 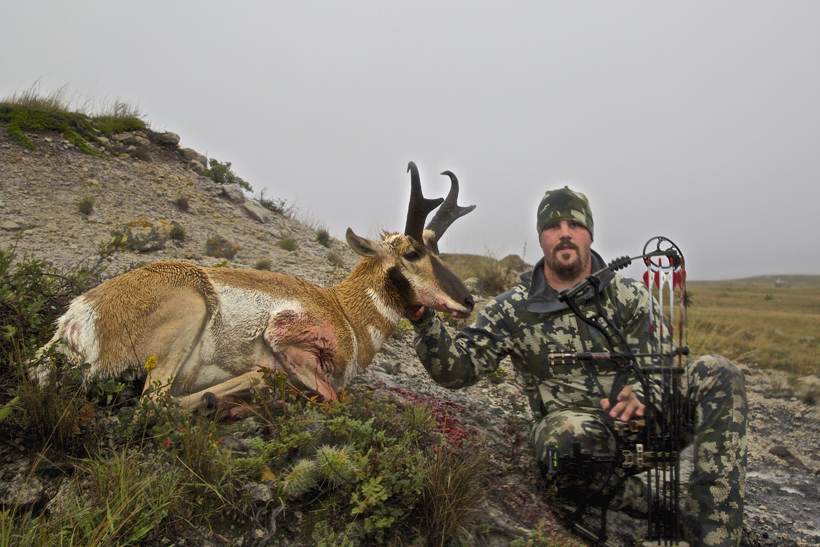 Our first stop being the field where the loner buck had been hanging out. We could not believe what we were seeing, he was in the same spot, again! Wasting no time at all and replaying the day before, I quickly got within 50 yards of him. I kept peeking up, hoping he would remain bedded as I worked in closer for a better angle. At last, I was in a great shooting position and ranged him at 37 yards. 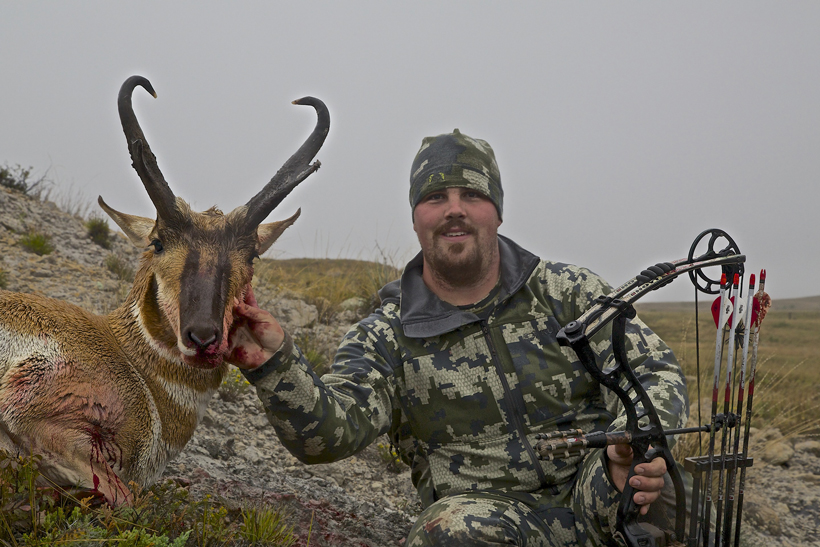 As I came to full draw, I looked down my peep sight to see him completely facing me! I was in disbelief and thinking the worst. He slightly turned as I settled my pin on the front of his shoulder blade, and let it rip. My arrow punched straight through his shoulder and both lungs. He ran about 70 yards before piling up. 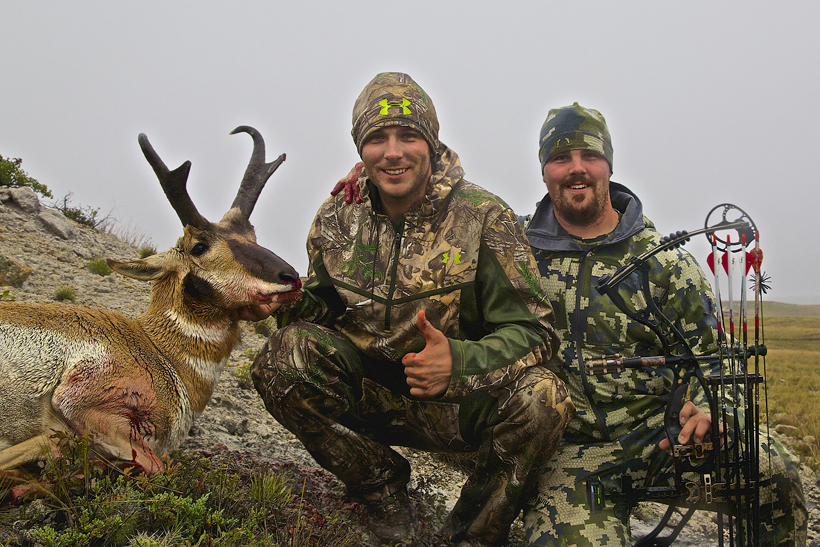 I felt very fortunate to harvest him in with a great friend, in different country and under some unusual circumstances.