I remember it vividly. I was hooked immediately. I was in college and my roommates and I were talking about elk hunting. As the topic turned to archery elk hunting, I admitted that I had never gone. I did not even own a bow, but I had rifle hunted in a few spots and offered to take my roommate, Chance, who jumped at the opportunity. To prepare for our elk hunting adventure, we headed to Walmart and bought an elk bugle and filled up the pickup with fuel. Like most hunts, we were up early and hiking up the mountain in the dark. 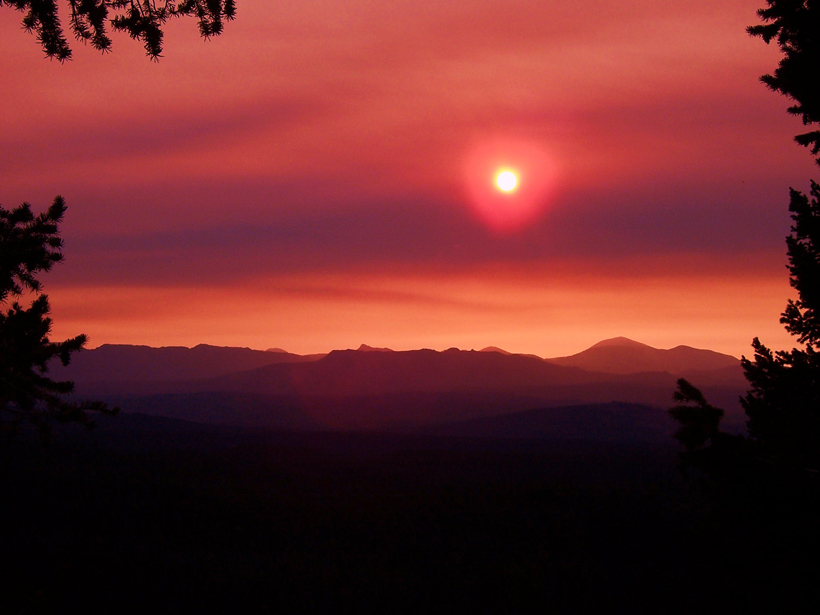 As the sun rose, we stood around without a clue what to do. I grabbed the elk bugle that I had owned for less than 12 hours and attempted my first ever bugle. I had not even finished before a bull blew up and responded back. We could not believe what we had just heard. I bugled again and the bull had cut his distance in half. 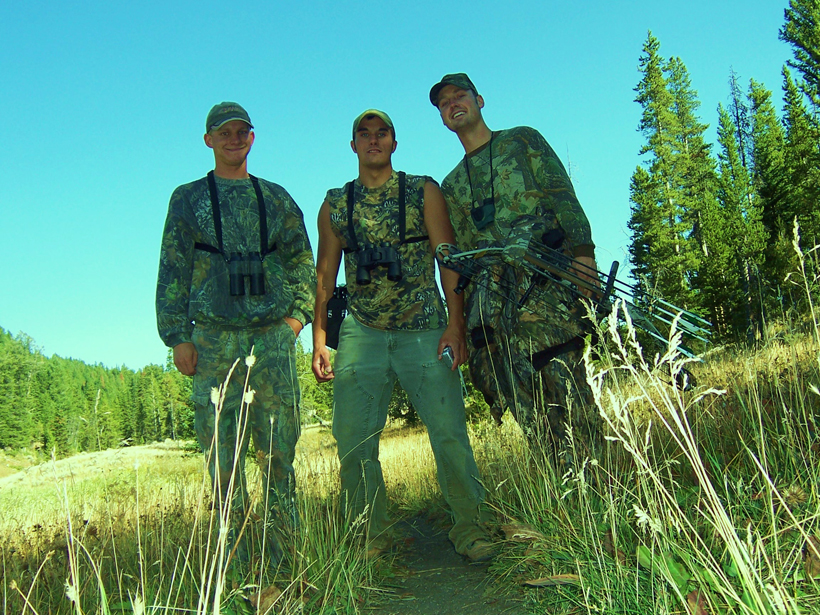 We did not get an elk that day and never really got close, but we did hear and see six different bulls in one basin on our first day of archery elk hunting. 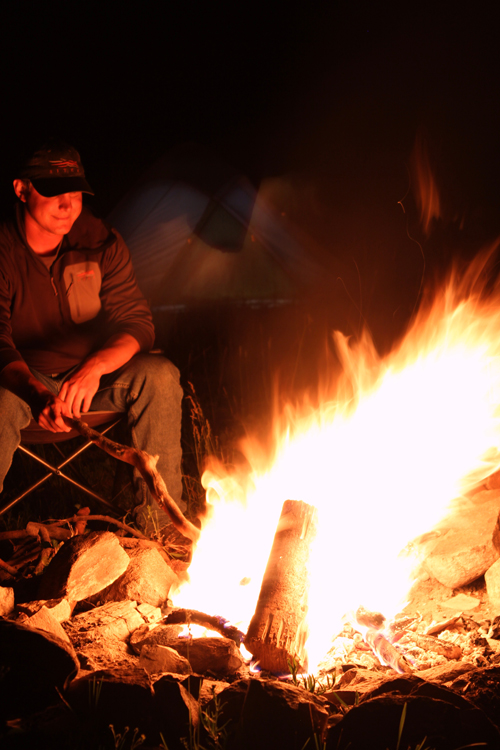 To say I was hooked would be a drastic understatement. We still talk about that day. 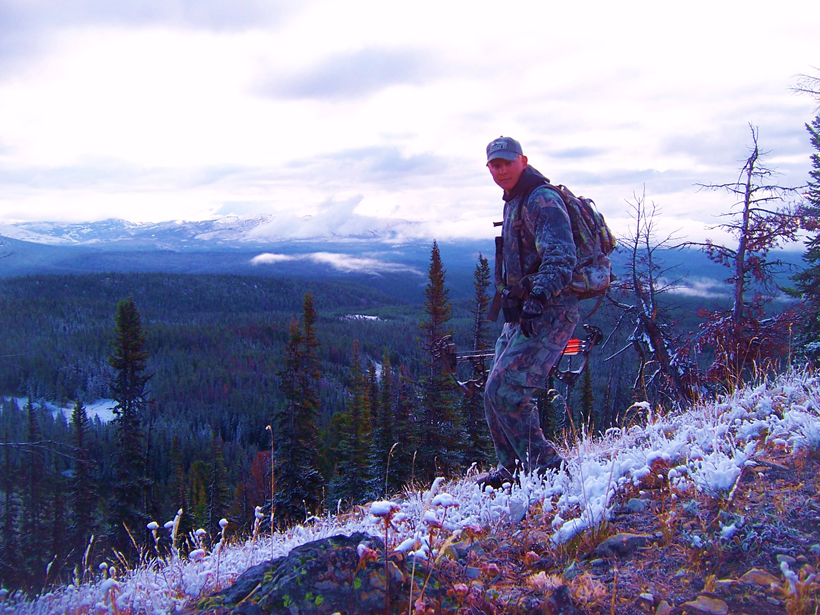 After I graduated from college, I purchased my first bow. My first seven years of bowhunting were tumultuous and trying; a string of bad luck that would not discourage me: coming down with West Nile Virus, injuring my shoulder, breaking a leg, moving three times, missing twice, and hitting a bull that a landowner wouldn’t let me recover sums up my first seven seasons! 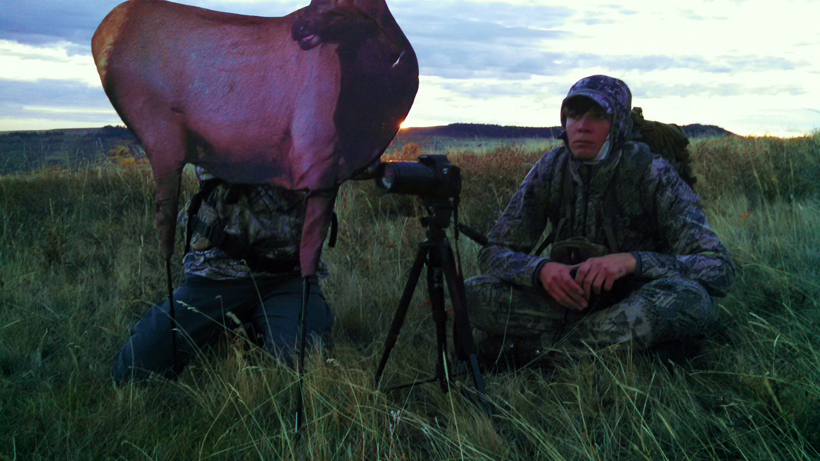 Each season was a learning experience. While I grew up hunting, I did not grow up archery hunting, and I realized that becoming a good bowhunter took time. I surrounded myself with successful archery hunters. I listened and took notes. I went to seminars. I read articles and books, and researched everything from hunting techniques to ways to improve my shooting. I refocused! 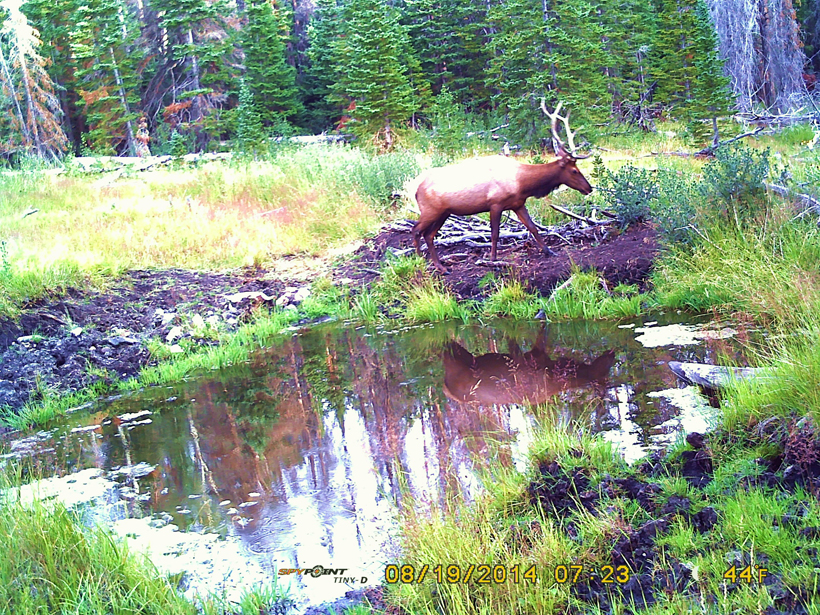 Moving around made hunting difficult. It takes time to learn areas. Moving forced me to learn different techniques so I could learn new areas quickly. I also refocused my efforts into two areas I needed to improve: scouting and physical fitness. I bought a gym membership and, for the first time ever, started to take scouting very seriously. 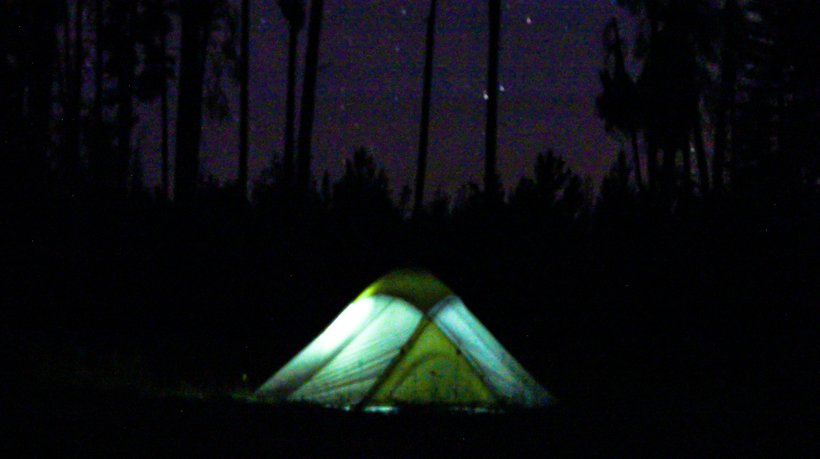 Opening day of the 2014 season came quickly. The buildup and anticipation of this season approached unbearable levels and I hoped that all of my scouting and fitness would soon pay off. 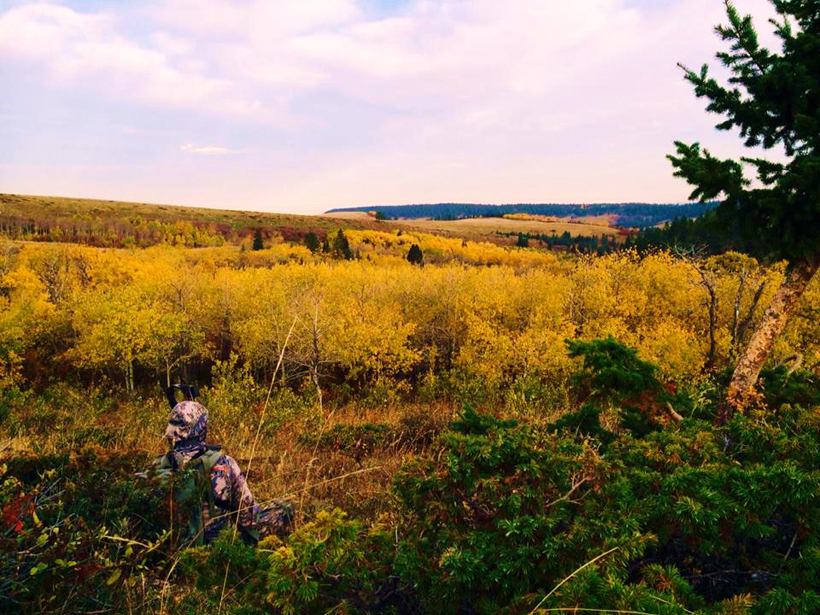 While I got into elk on opening day, I still did not manage to get close enough to one for a clean shot. Elk activity was beginning to increase as the September days continued into the peak of the elk rut. And finally, after numerous days in the field, it all came together! This Golden Cathedral provided a breathtaking playing field as the bulls were cranked up! 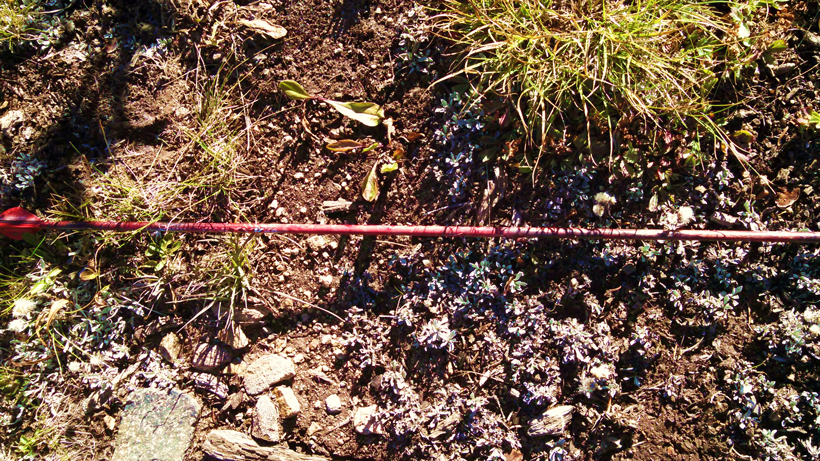 Finally it all came together. As my buddy, Mark, was running the camera, I used a bugle to call to a bugling bull. As that bull quieted, a different bull screamed out on the opposite side of an open park. The bull came in at full speed. I drew three times before he slowed down enough for my cow call to stop him in an opening at 40 yards. I had connected. Several days later, after reviewing the footage, I saw that it only took 43 seconds from the time he bugled to the time I released my arrow. How fast things can happen after seven years of striking out was an emotion overload! 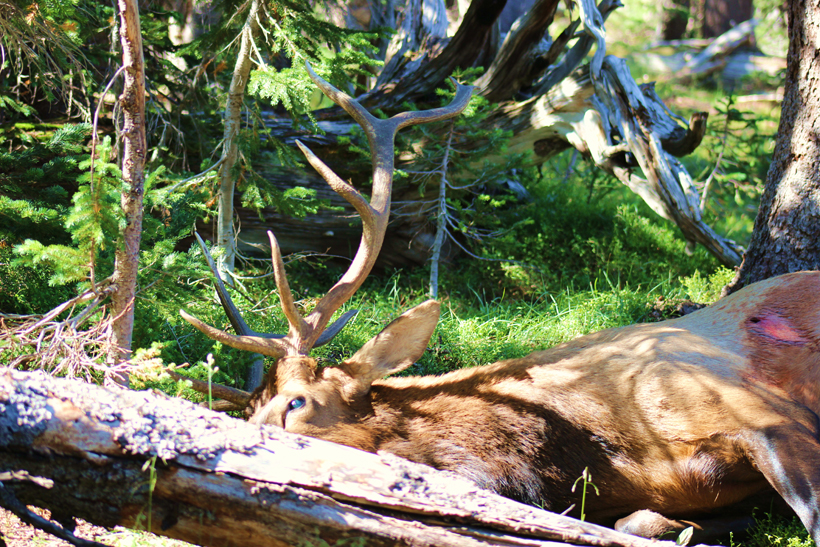 The emotional overload sunk in before the actuality of a stressful track became a reality. I thought I may have hit the bull slightly back so Mark and I gave the bull some time before we began tracking. That may have been the hardest hour of my life. Once we decided to start tracking, it became evident that this bull was not leaving much of a blood trail. During the course of an hour into the tracking we lost the blood trail several times. The reality that I may have lost this bull started to sink in and the sickness that every bowhunter knows came over me. We regrouped and decided to keep pushing on. Finally, an hour and a half after we had started tracking him, we found him. 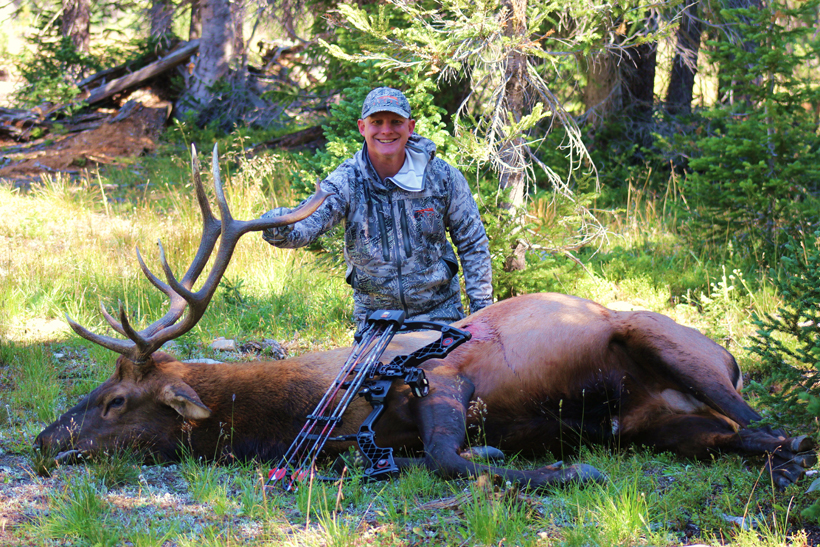 Landing my first archery bull and the reality that I had finally gotten over the seven year hump is unexplainable. I felt like the weight of the world had lifted off of my shoulders. 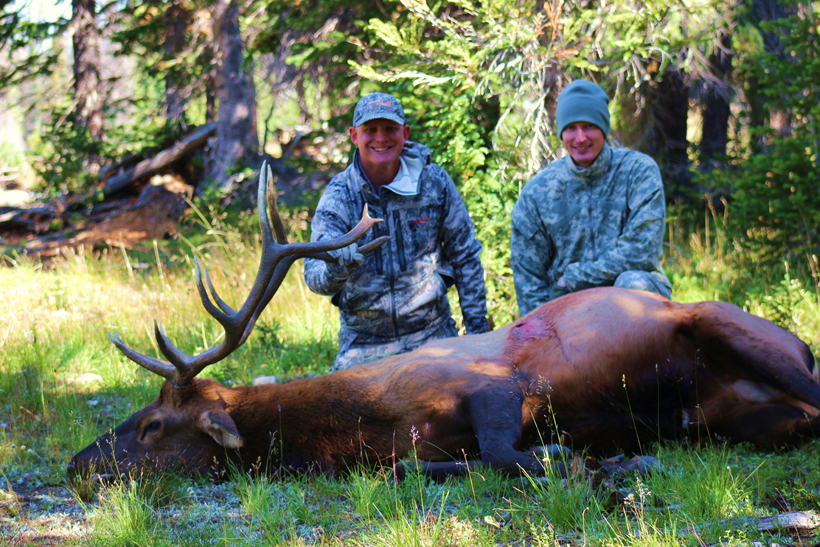 I had finally done it thanks to hard work and dedication. The sense of accomplishment after seven years of failure is overwhelming. 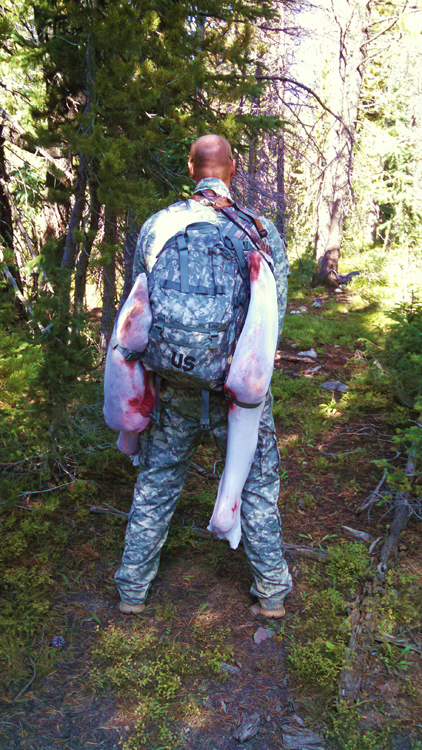 As a hunter, I take a lot of pride in providing meat for my dinner table. As excited as I was to harvest a bull with my bow, I was equally excited that my freezer would once again be full of elk meat. 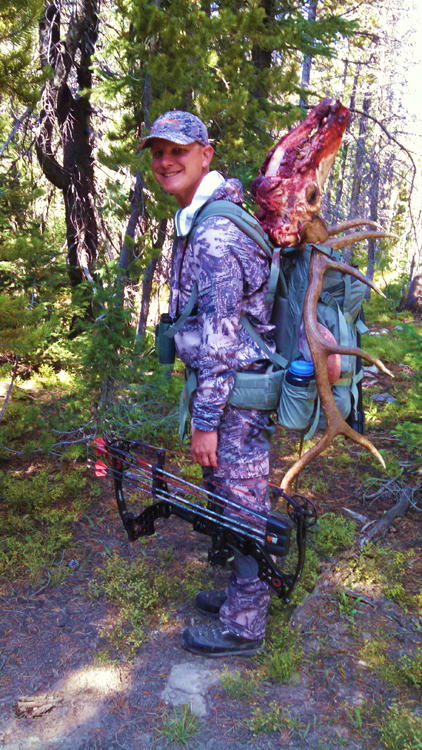 The pack out was brutal. After the hunt, the track, cutting the bull up and packing him out in two trips, we hiked 16 miles total in one day. By pushing myself at the gym, I was able to have enough physical endurance to do this. My friend, Mark, is active duty military, and went completely “beast mode” when it came to packing my bull out. For that I can never repay him.

After an eight year journey to fill my first archery elk tag, the 2014 season ranked as one of the greatest seasons of my life, but my drive to succeed is not over. I will continue to push harder than ever in the gym knowing that bull elk will never be easy to harvest, especially with a bow.