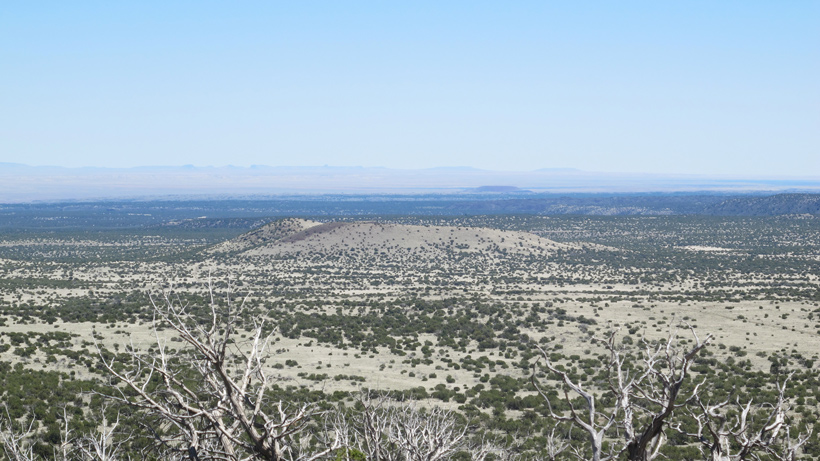 I am an opportunity hunter. I learned to hunt elk by purchasing over-the-counter (OTC) tags, as well as applying for controlled hunts with high draw odds and respectable hunter success. I cut my teeth in units often referred to as mid-tier, low-demand or limited-opportunity. This requires an open-minded approach for every hunt. Before hunt application services were readily available, I was that guy building extensive spreadsheets using publicly available hunt data in hopes of drawing a tag more frequently. In March of 2017, my buddy Matt and I were rewarded with archery elk tags in our home state of Arizona. I drew for the second straight year while Matt applied for five years before drawing his first elk tag. 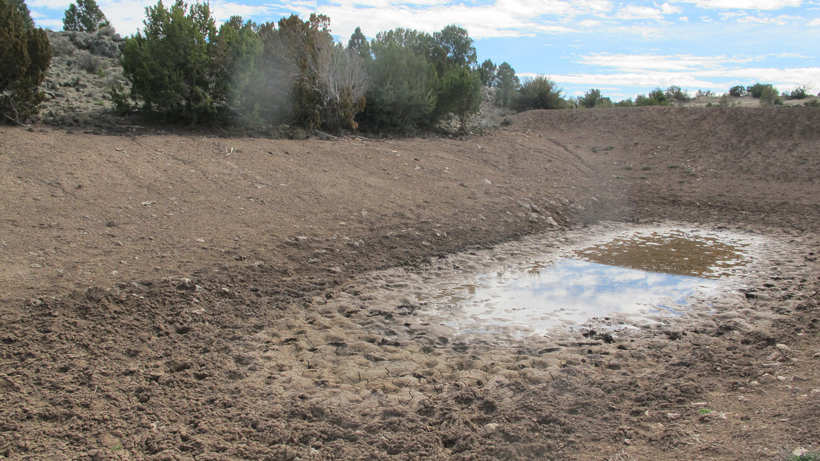 Even though I had recent firsthand knowledge about the unit, I did not want to rely solely on past experience. We were coming off of a dry winter so we decided to put some boots on the ground to do some early season scouting. Water was in short supply as many of the dirt tanks were dry or soon would be. We met a helpful guy named Nate while scouting and he lent a hand swapping out a flat tire on our truck. Since we both had tags for the same season we exchanged numbers and planned to keep in touch. As a consequence of the abnormally dry conditions, the threat of fire loomed as smoke from a neighboring wildfire moved into our unit in late July. 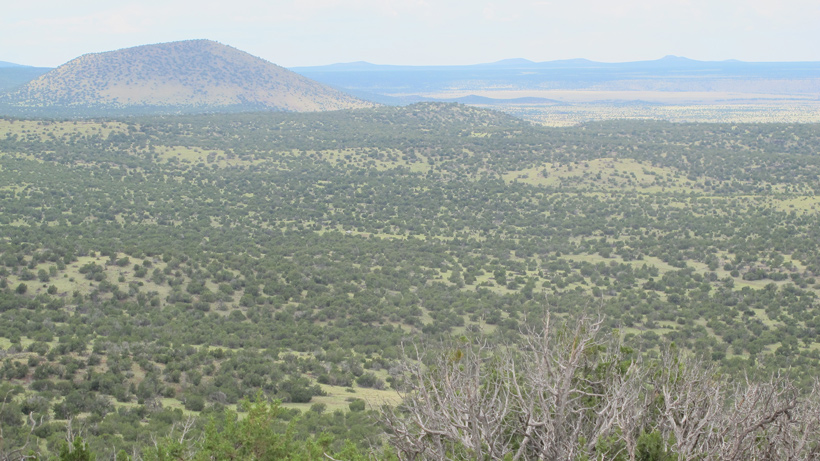 The U.S. Drought Index had upgraded the severity of drought conditions to moderate throughout much of northern Arizona. While western drought and wildfire are a persistent reality, we decided not to concern ourselves with something that was out of our control. Although we continued to come across natural and manmade water sources that were dry, we weren’t surprised to find some areas within the unit that appeared to receive more rain and were somewhat buffered from the statewide drought. Another source of wildlife water we found were rock cavities (i.e., tinajas) that held monsoon rain much like a bedrock pool in an intermittent stream. 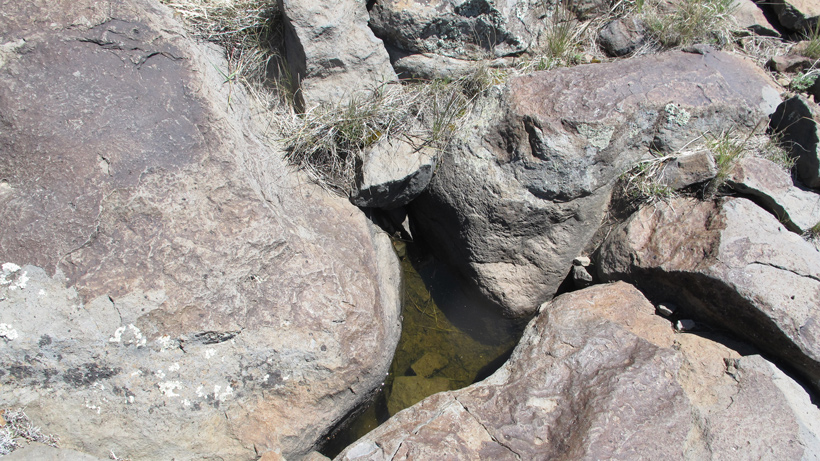 We glassed from good vantage points on opening day. We set up on a glassing knoll we had watched elk from while scouting, but, unfortunately, we couldn’t spot an elk. We relocated to a more prominent hill and it was game on. Since it was only Matt and I, we didn’t have a spotter to remain fixed on the bull as we made our stalk. We covered about three-fourths of a mile to the location where the elk should’ve been; however, I miscalculated the distance and we busted his harem. After days of only spotting cows from other vantage points, we summited the prominent hill from the opening morning and it looked like an NFL watch party. There were 15 guys in all; five different guide outfits with three spotters for each client. We were devastated to learn that in addition to all the spotters there were additional guides and the clients situated on the forest floor below waiting for radio contact from their eyes in the sky. The logistics and all the Swarovski optics were impressive to see, but it was a sight I never want to see again. 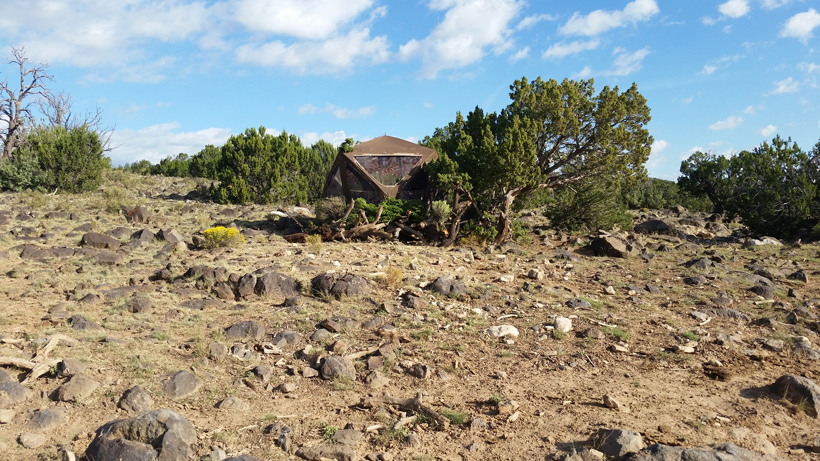 We collectively decided to change our strategy to try to intercept a bull coming to water. Three straight days of hunting from two separate ground blinds didn’t produce. I had cows come in two days in a row, but no bulls followed. Matt didn’t see a single animal for the first two days and he repeatedly told me he felt like a caged animal in solitary confinement! Then, on the third day, he had a non-committal 6-point bull hang up at 75 yards, linger briefly, then bug out without apparent cause. Matt was hooked; he was prepared to wait as many days as it took to get a shot opportunity on that bull. That is when Mother Nature had different plans for us and the winds began gusting to 30 mph that afternoon. It was a steady blow for the next week. Hunting from a ground blind and glassing through the blowing dirt was futile in the heavy winds; we needed to employ a new strategy. 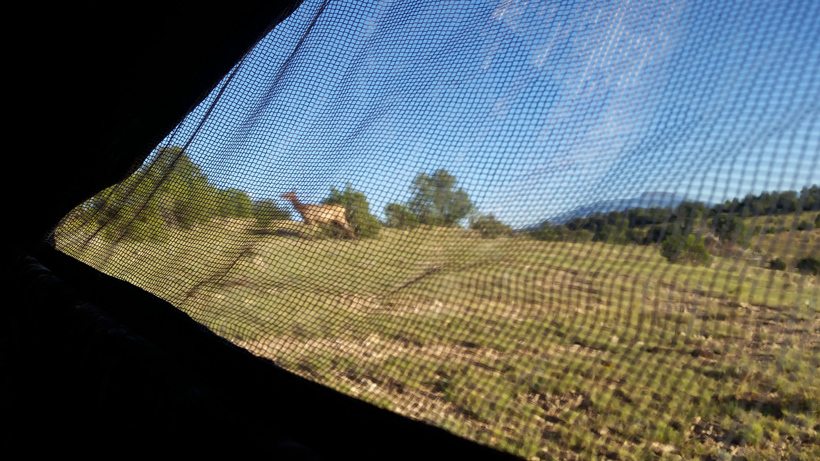 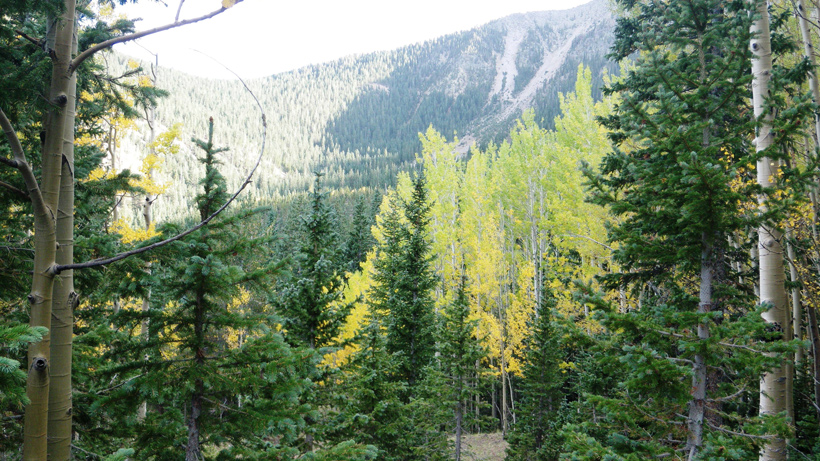 We needed to find an area sheltered from the unrelenting wind. I knew of a bowl in the dark timber that could afford some refuge, but in exchange for getting out of the wind, we’d lose the ability to effectively use our optics. We spent the next day exploring the sheltered bowl and developing a plan. The wind blowing through the pines created too much noise to hear any elk vocalizations, but the well-worn travel routes traversing the quiet timber and fresh rubs were intriguing.

Because the wind was highly variable and still hunting the timber would be a gamble, I hung a treestand at the intersection of two game trails in hopes of catching a bull moving from its feeding area to the thick timber. 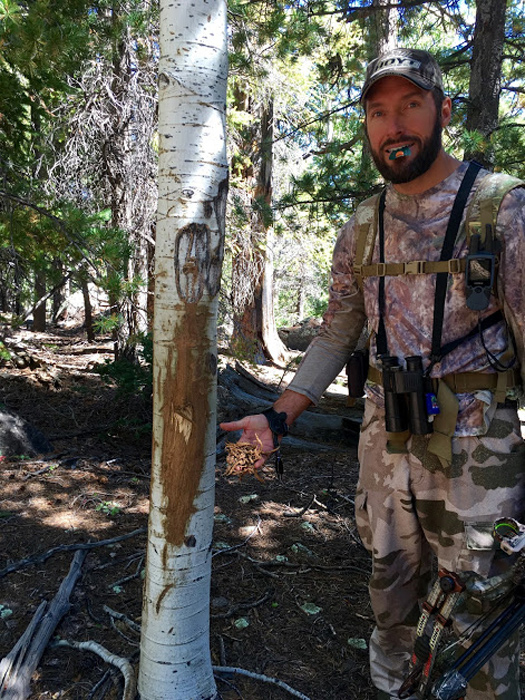 The first evening I hunted the stand it showed some promise and also created cause for concern. My wind-blown scent spooked a bear working down the ridge on the opposite side of the draw, but just as it was getting dark I caught a glimpse of a cow elk through the timber. Matt decided to travel back to town that evening as he needed to take care of business and decided to do so before the wind backed off.

Without any good alternatives in the gusty wind, I was back in my stand about 30 minutes before legal shooting light the next morning. I thought I saw a light tan rump moving through the trees on the same path as the bear. I had almost convinced myself it was a blonde-colored bear when I positively identified a section of an antler. After freezing motionless in his tracks for several minutes, the bull veered onto the game trail that passed my stand. I could feel the uncontrollable smile wash over my face as I realized my plan was coming together. I drew my bow in anticipation of him coming to the intersection and had a diaphragm call in my mouth ready to freeze him in his tracks. I did not use the call as he paused momentarily when he came to the intersection. I released my arrow and watched it enter right behind the shoulder. The bull turned sharply around and headed back from where he had approached. I recovered the rear one-third of the arrow within a couple yards of where the bull was shot, which meant the remaining section of arrow and broadhead were still in the body cavity. The blood trail was heavy and, by its frothy appearance, suggested I had made a lung shot. 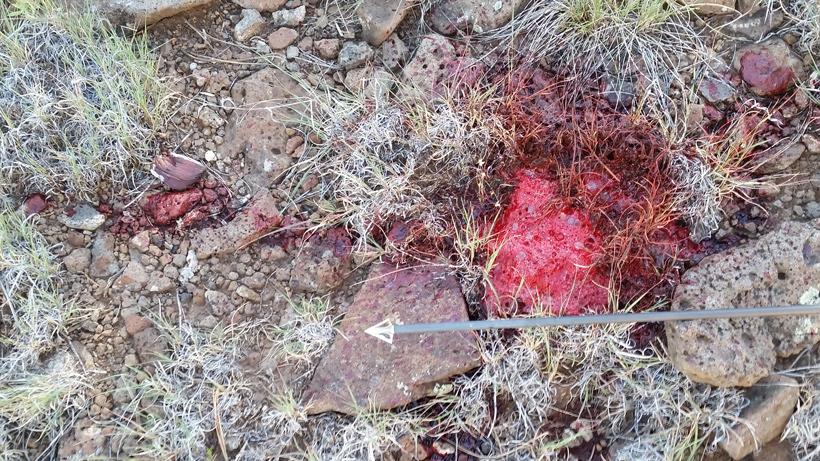 My only concern as I tracked my bull was how many trips it would take me to pack my animal back to camp. I easily tracked the bull for the first hundred yards where I found an area of clay-like soil where the bull had laid down. His side profile was easily discernible in the soft soil as was a reddish brown plate-sized area where the animal had bled heavily. From that point on, tracking became very difficult because instead of following drops of blood I only found small dirt clods that were composed of drying blood and the clay-like soil that matched the color of the surrounding terrain. I decided it was time to make some phone calls because it became readily apparent that a second set of eyes was essential or there wasn’t going to be a pack-out.

My first call was to Nate as we had kept in touch periodically leading up to and during the hunt. He answered my call for help and met me at camp by the time I had chorizo and egg burritos ready for breakfast. We hiked the three-quarters of a mile back to where I had lost the blood trail and I briefed him on the sequence of events. We proceeded to methodically search for any cues to determine which direction my wounded bull traveled. We came to a dead end on multiple occasions before retracing our steps to learn we had missed a broken branch or had followed the wrong set of tracks. This scenario played out throughout the afternoon and the sun was sinking low in the sky. Several times we had lost the trail entirely to only hear the other guy shout those lovely words, “I have blood”. 11 and a half hours after I shot my bull, we recovered the animal. 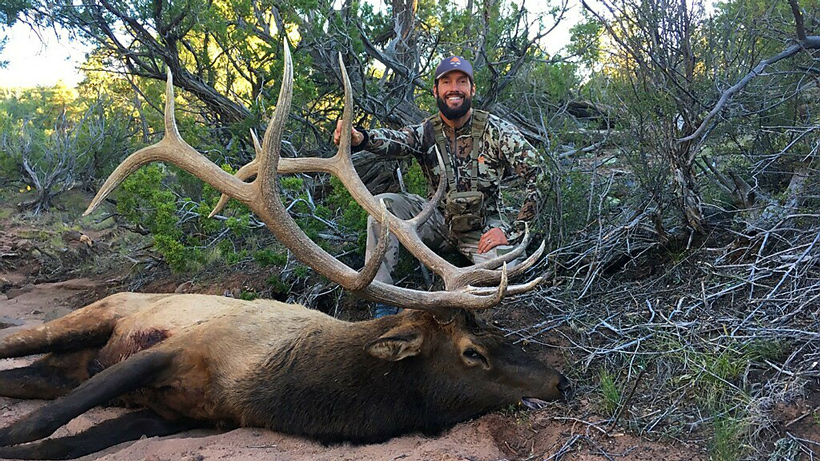 I cannot describe the feeling of working that hard to recover an animal without giving up to ultimately find success. I was concerned regarding how long the meat had been exposed to the elements on a sunny, but cool, fall day. When I dropped the meat at the butcher the following morning I gave him a rundown on what had happened. I was extremely excited to learn from the butcher that there was no loss of meat. I am grateful for Nate’s assistance and the opportunity to harvest a great bull. 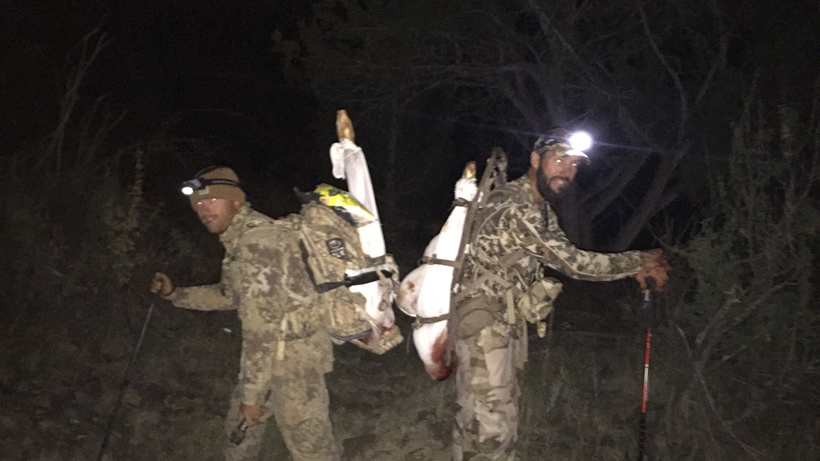