A quest for the Idaho bighorn

I had put in a few times for bighorn, but this was the first time I had put in for 36 B. It was quite the surprise when I drew! I have hunted in this unit for quite a few years, but I knew very little about sheep in this particular country. 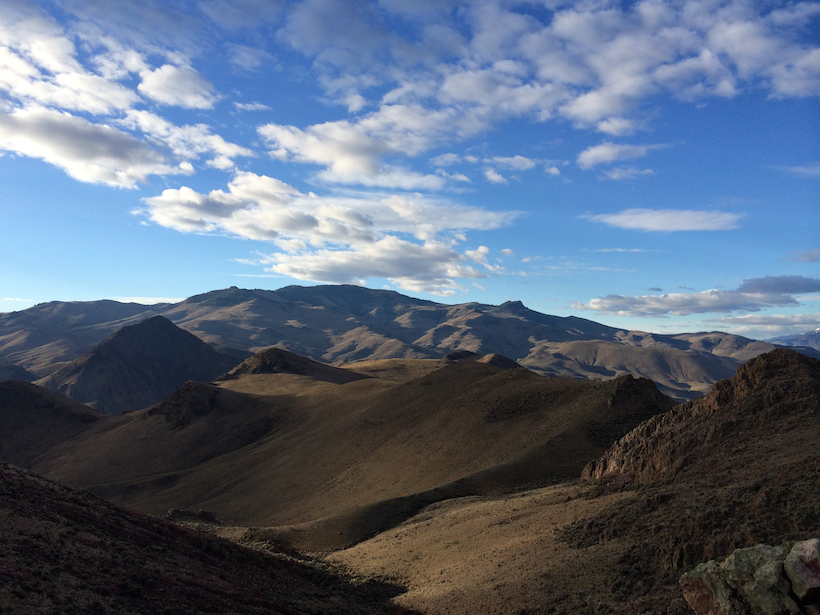 I began mapping, training and getting into shape three months prior to the hunt, because I knew the terrain in this unit was steep and would be extremely challenging. But I had no idea what I was getting myself into until the hunt started! I also printed out a harvest report from the Idaho Fish and Game office for that unit to look over the age, ram scores, as well as dates and drainages that previous rams were harvested in from 1987 through 2012. All of these details helped me learn the country tremendously! 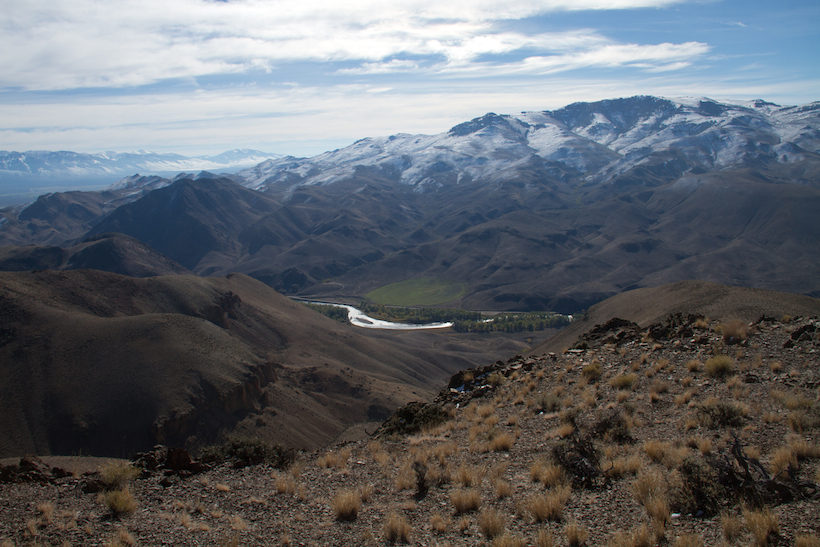 The night before opening day my dad had spotted four rams on Baldy Mountain. There was one decent, mature ram in the bunch, so we decided to go after it in the morning. Unfortunately an outfitter and hunter beat us to it and harvested the biggest one. We were not able to get on the other rams that were running with him after that. 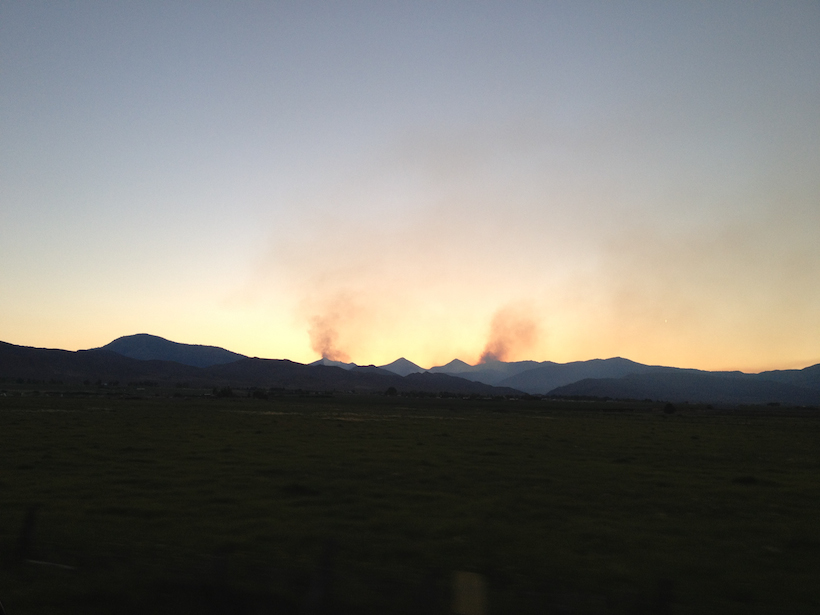 A forest fire had started a few days before the season opened and continued to grow throughout the month, forcing the firefighters to push all of the animals into another unit. 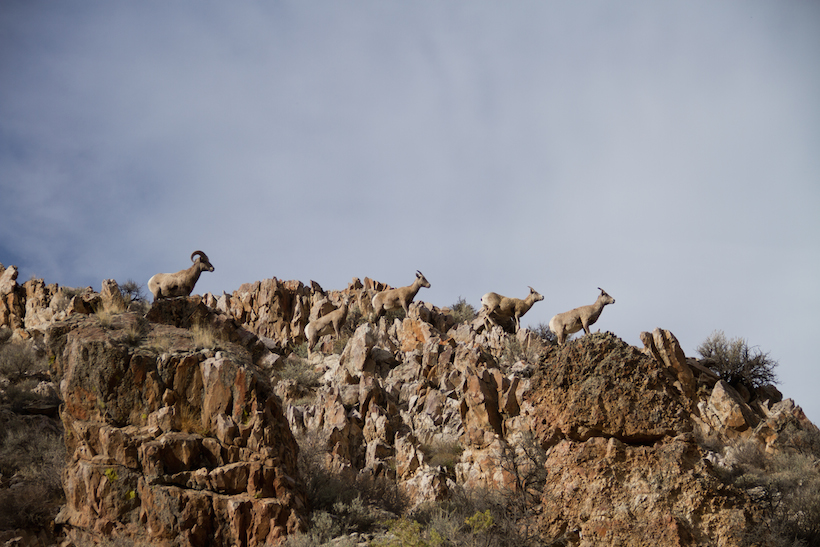 I thought my dad would get to go with me, but due to some unexpected health issues our hunting days together where very few this season. I went alone for most of the first 30 days straight before I even saw another mature ram! 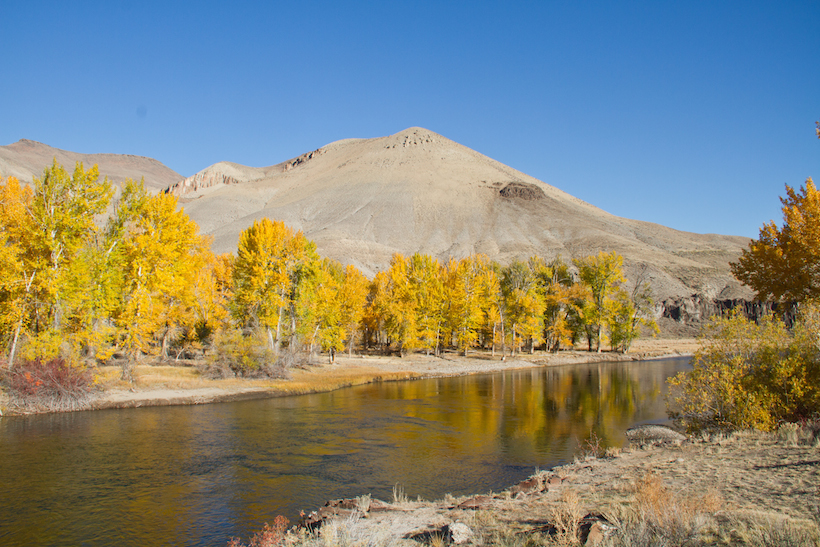 Between the rocky steep terrain and altitudes of up to 11,000 feet, paired with unusually high temperatures, it became the most challenging hunt I have ever pursued. 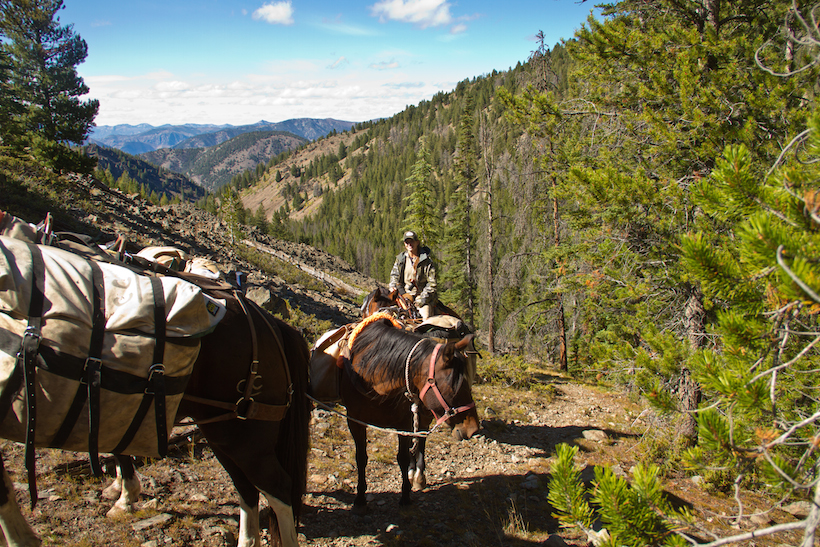 I hunted low along the Salmon River and high up in the mountain lake country on horseback and never once saw a mature ram! 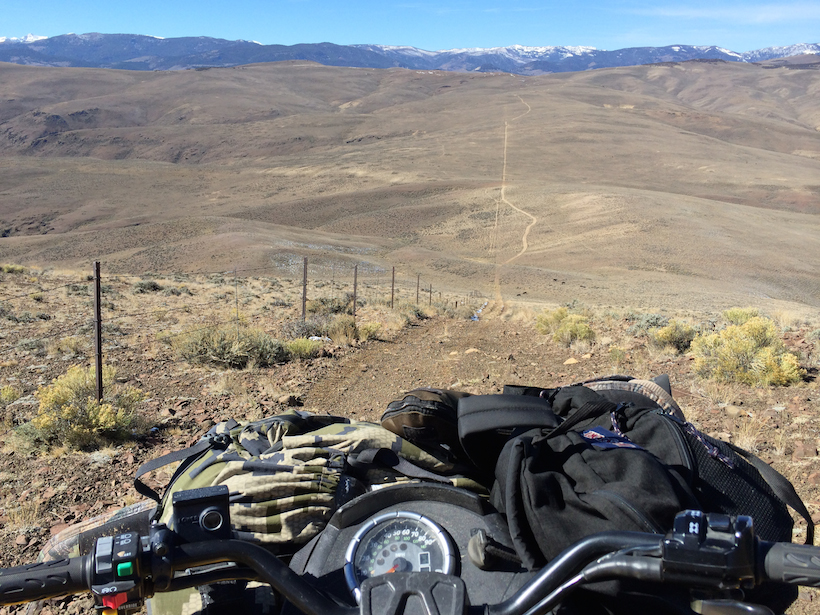 There are only four tags available for this unit so I assumed it should be easy without the pressure, but due to the tough conditions this year we were all struggling. I crossed paths with the other two hunters several times in the mountains. The few sheep that did show up were always in the same drainages that all three of us were monitoring daily. 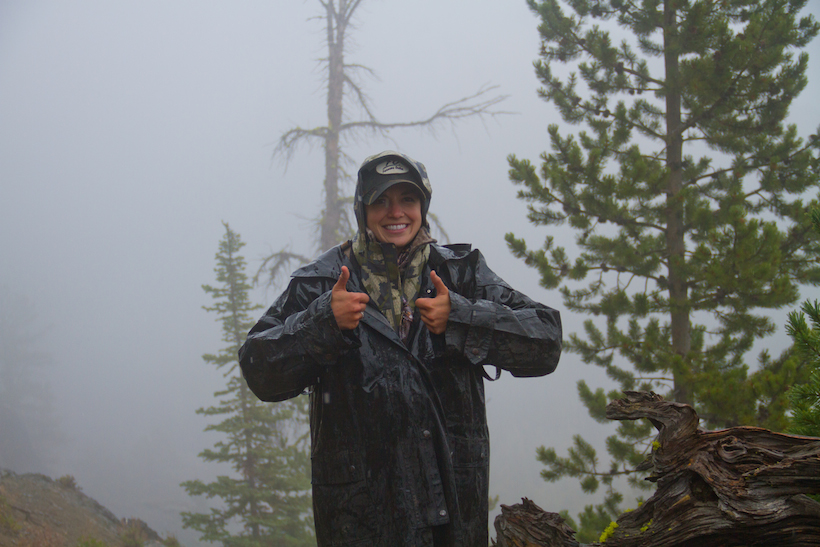 Everyday was an all day adventure and the conditions to hunt and glass where very challenging. 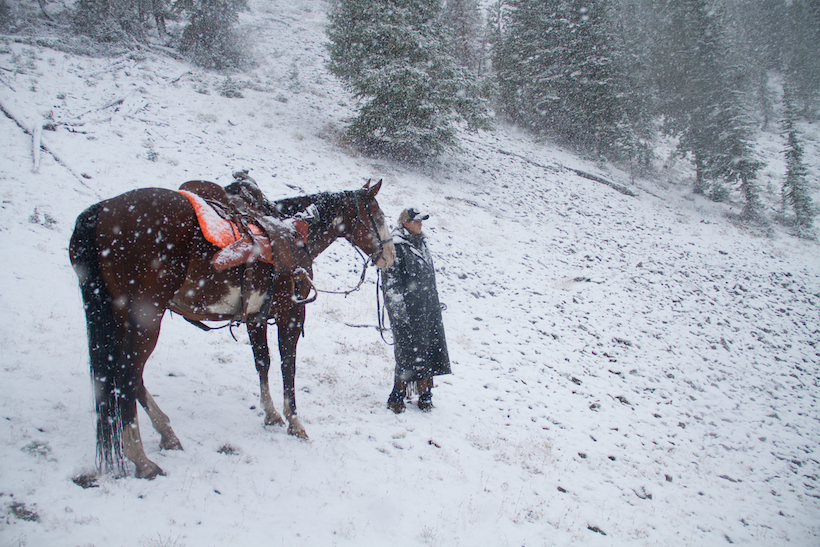 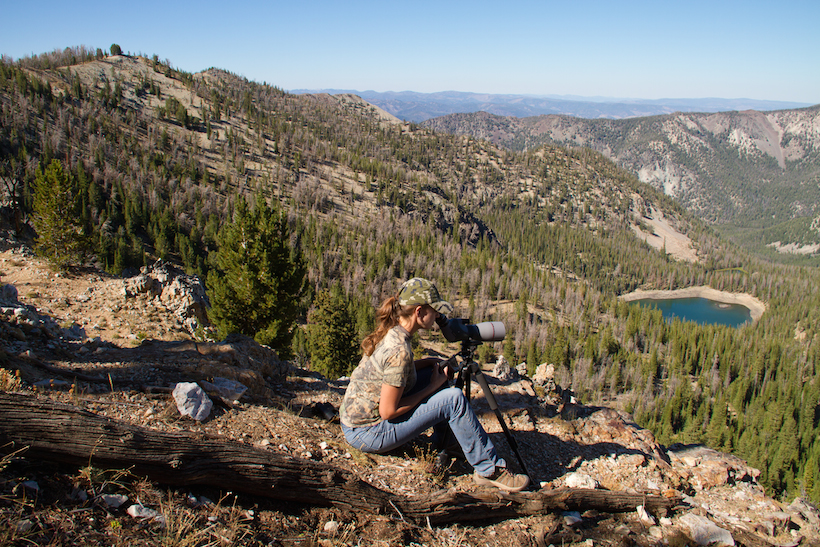 The country was both breathtaking and rugged. I spent hours upon hours behind my Vortex spotting scope until I finally spotted a mature ram! He was travelling with three others that  were a mile or so away along the river. They had been moving down from the high country because it had recently stormed. 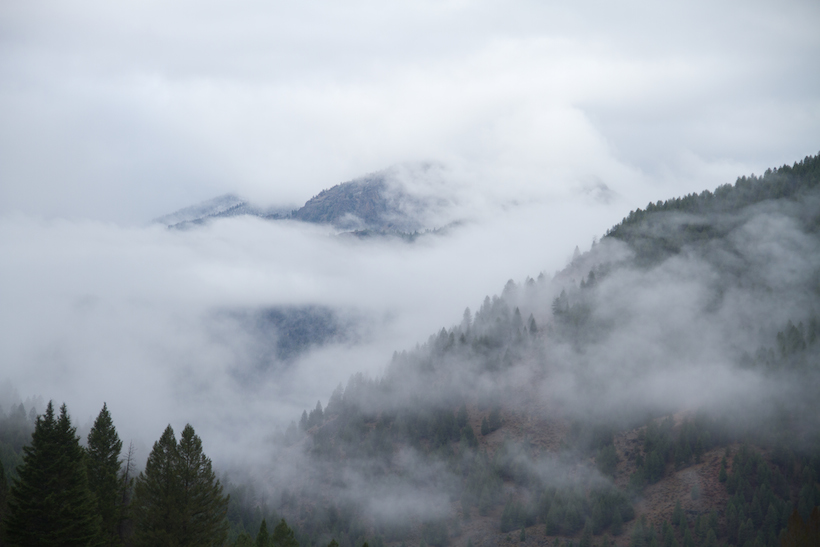 It took me two hours to stalk on foot, only to slip and fall on some fresh snow down the shale rocks and mountain which eventually lead to my scope bumping off, so I missed him at 300 yards! The thought of it made me sick! I looked for him in every drainage for a week and never found him. 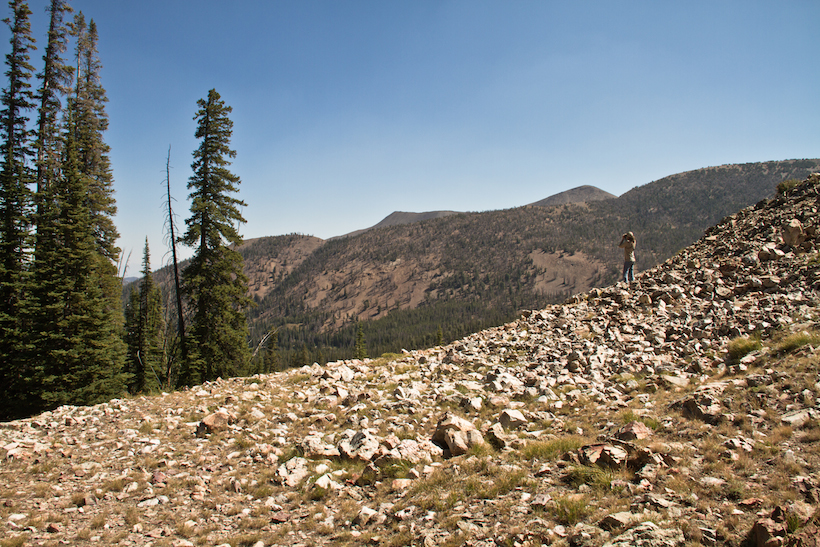 One lucky morning, two days before the season ended, the same rams showed up. They had been hiding out under a rock ledge that I glassed many times before without ever noticing them! 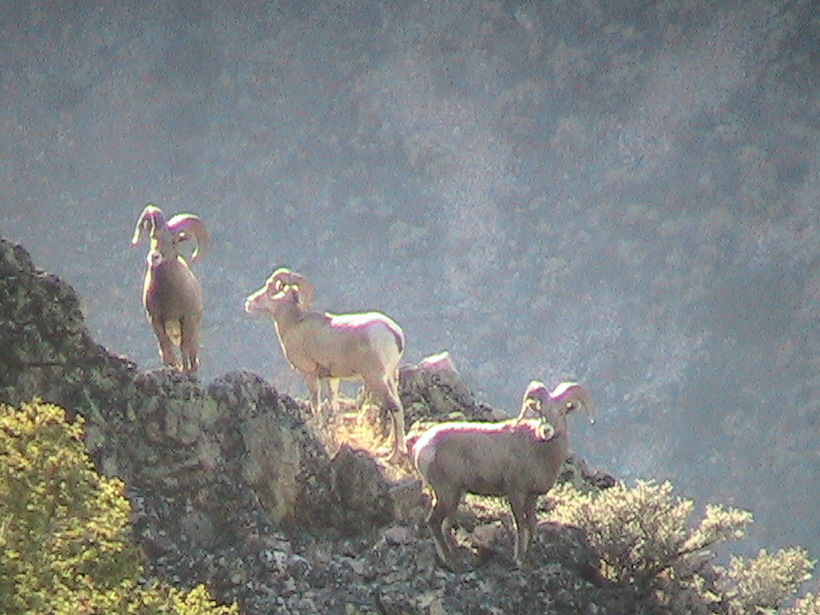 The wind was wrong and because of the sun I could not see where they had bedded, so I waited for hours. As soon as the wind changed the stalk began. Then I had to sit another hour crouched in a rock crevasse waiting for him to stand up from the brush he was bedded behind. It was a 150-yard shot. I was shaking so hard — everything I went through in the last month and a half had lead up to this one last moment and I didn’t want to mess it up! 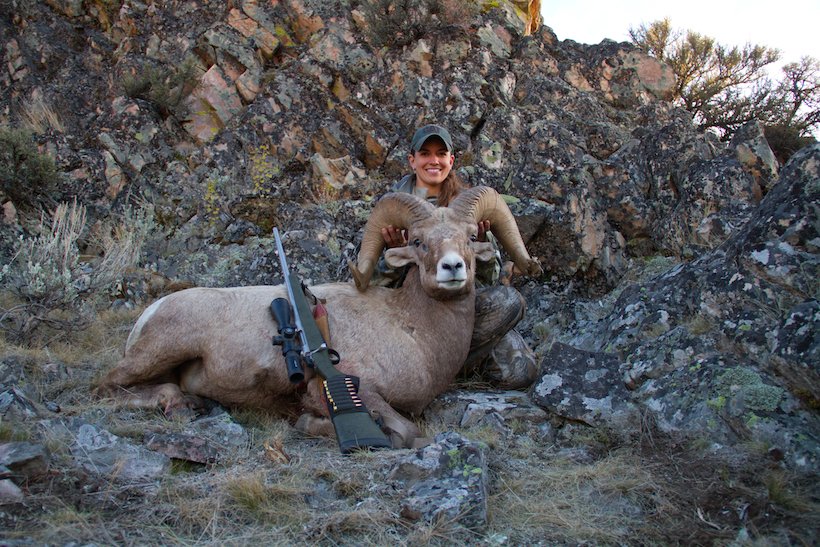 I held my breath and pulled the trigger. All I saw was smoke, the other rams ran to the rocks above only to stop and look back as if to wait for their leader, that was when I knew he was down! My heart raced as I worked my footing across the jagged rocks toward him. The reward was beyond words when I reached to picked up his massive horns! I felt so blessed for such a once-in-a-lifetime hunt! 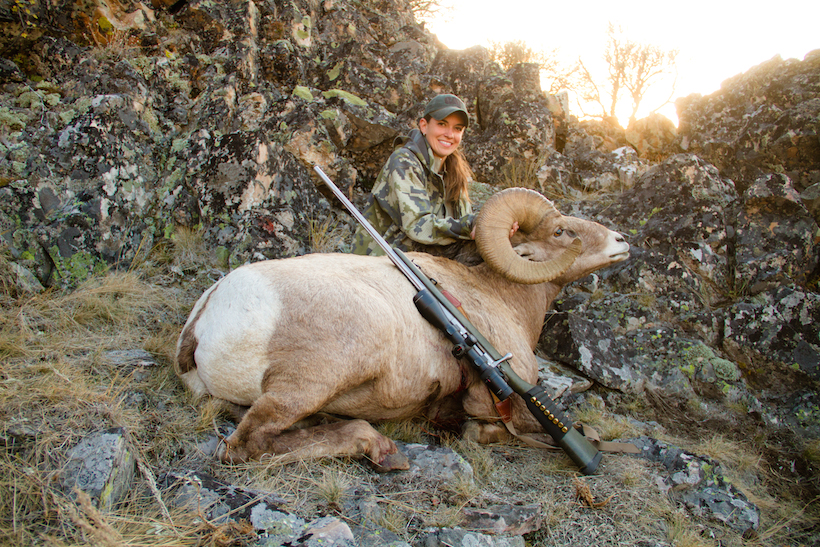 A side view of this great ram. 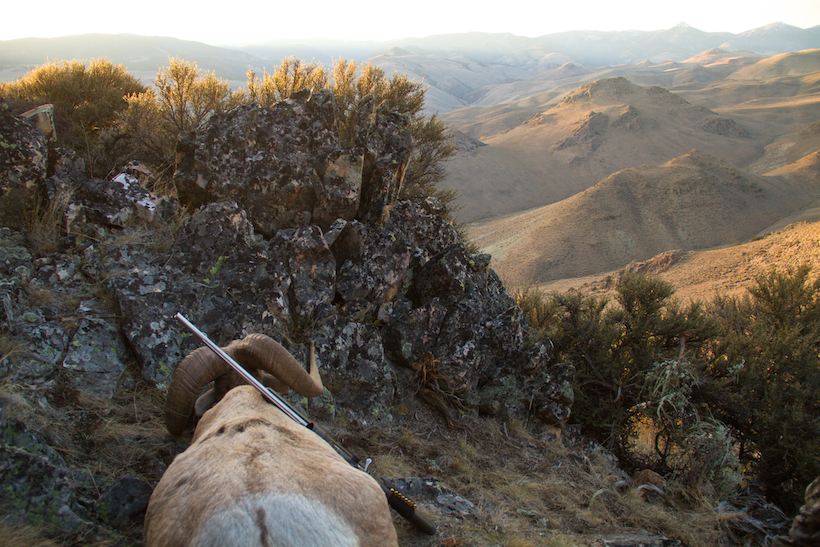 As I sat there alone and looked down on the beautiful sun that was setting on the mountain valley, I knew that it was all worth it. 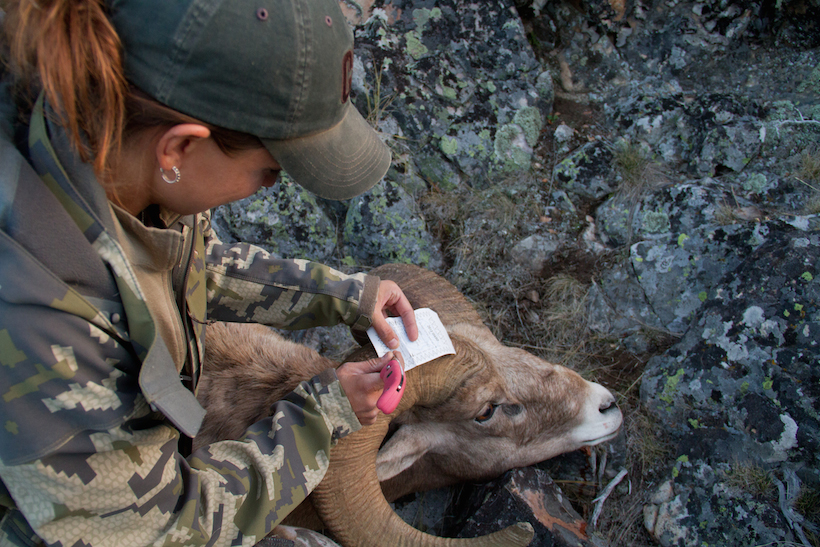 Even though it was the toughest hunt I had ever experienced and even though he wasn’t the biggest ram, I would never forget such an amazing adventure. I notched my tag and started to take some photos. 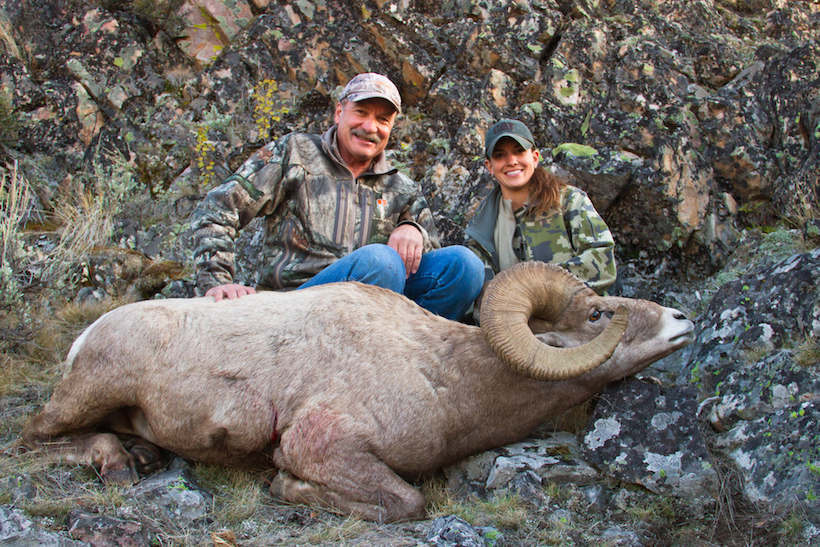 He was close enough to a road that my dad was able to hike in for some pictures with me, which meant a lot to the both of us, because he was able to be apart of it, too. Hunting with my dad my entire life has made me the hunter I am today. 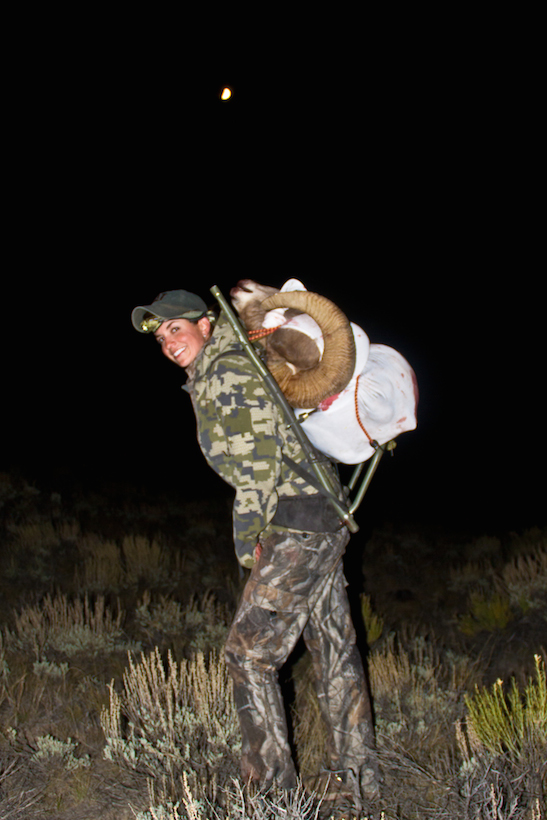 I acquired help from some great friends getting him out that night, which would have been very difficult by myself! The other two hunters never harvested a ram, which was the first time all the tag quota for that unit hadn’t been filled in a quite a few years.