A massive black bear that was worth the wait 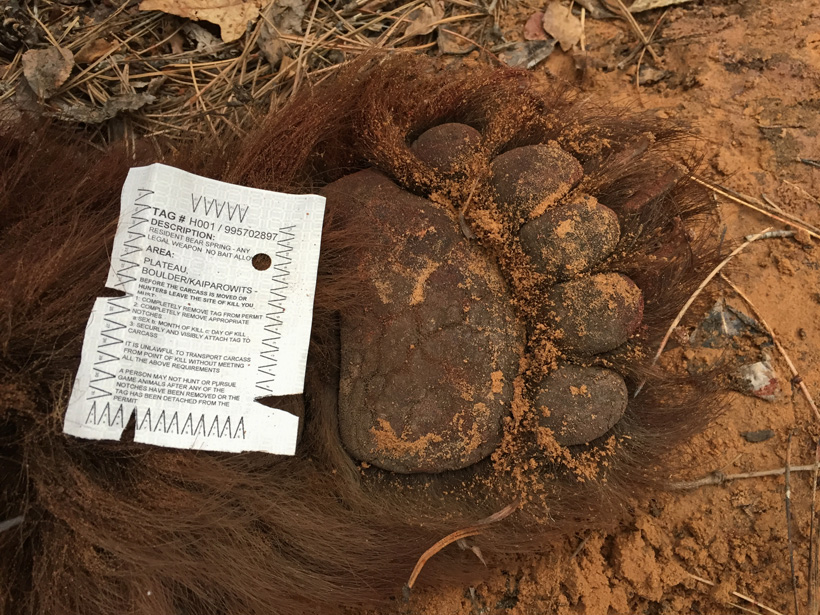 After applying for black bear in Utah for eight years, I finally had luck on my side and drew a spring tag. Since I basically grew up on the Boulder Mountain in southern Utah and had hunted it a lot over the years, I knew that was where I wanted to hunt.

I was incredibly excited when I got the successful email from Utah Division of Wildlife Resources. I knew I was going to Africa this spring and would only have a little time before I left to go look for a bear. So my good friend, Garett Smith, and I headed down to try out our luck. 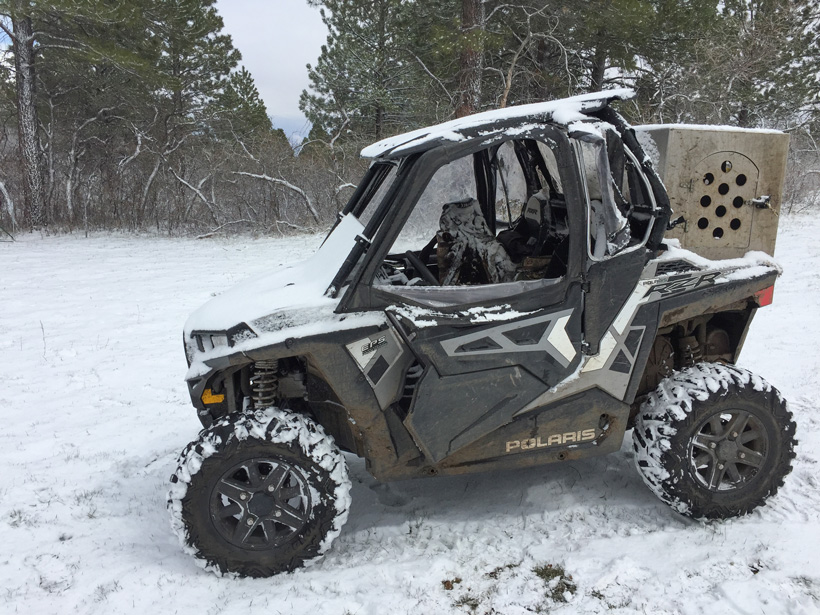 On day one we found a nice boar track but we couldn’t get much done with it due to the weather conditions. It didn’t matter — we were excited knowing that a few bears were starting to come out of their dens. Another good friend, Hadley Spivey, came with us over the next couple of days, but we still didn’t find much. My brother, Gunner, also made the trip to help out for a day.

On Monday morning, Gunner took a few of the dogs and walked down a canyon to see if he could hit a track. He called me and said the dogs were trailing something but wasn’t sure if it was a lion or a bear.

He made his way down to where the dogs had started trailing and called me back to tell me that the dogs were on what appeared to be a good boar track. I drove back up the road and unloaded my RZR so I could head down to where he was. He tried calling me on the radio but it was all garbled squelch. When I finally got in radio range I could tell something big was happening. 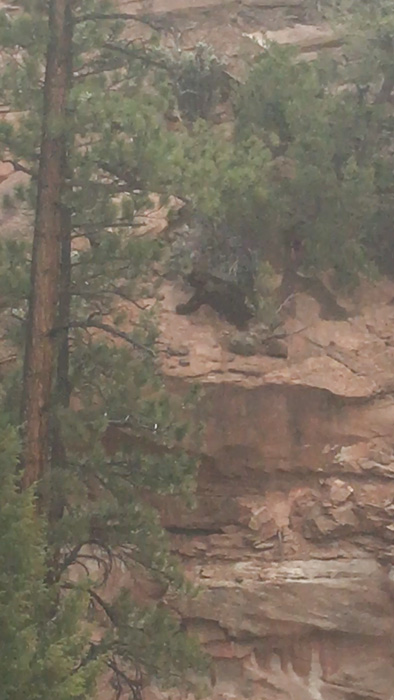 He told me that only one dog was with the bear and it kept charging her. I quickly parked my RZR, grabbed the old .30/30 lever action and took off running towards Gunner. He called me on the radio to tell me that all of the other dogs had finally caught up with Frank (the hound dog) and the bear.

I was relieved knowing that she had more help with her now and wouldn’t be with the bear by herself. I caught up with Gunner about a mile and half later and we talked for a moment before trying to catch up to the dogs and the bear. The old bear didn’t want to go up a tree. Instead, he was walking around near the dogs while trying to fight them. The dogs kept baying him up in the bottom of the canyon, which gave us time to catch up to them.

As we got closer, I dropped my pack and put a few bullets in the gun. We came out on a ledge on the side of a canyon right above the dogs and the bear. We could see him about 50 yards away in the trees. When he walked out into a small clearing I put a bullet in him but it didn’t seem to faze him.

The dogs had him circled again and, when he came out from behind some trees, I put another shot in him again and again and again. Finally, he started to slow down; he looked like he was getting sick. The dogs pushed him out onto a ledge and he was stuck; he had nowhere to go.

I pulled the .30/30 up once more and settled the bead right behind his shoulder and let another bullet fly. 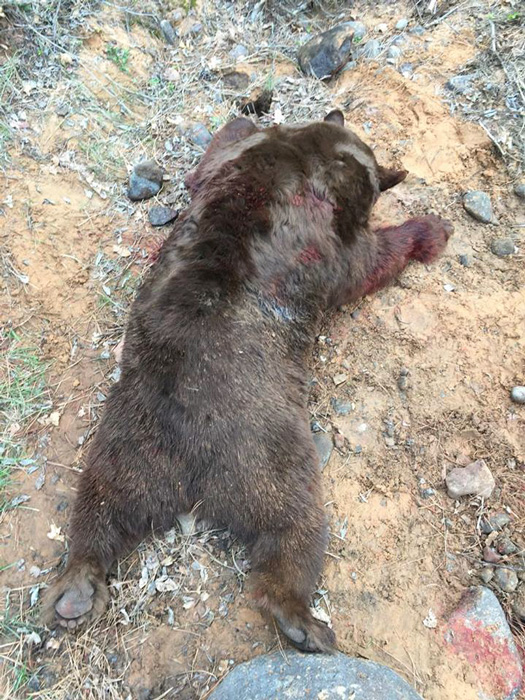 It dropped him in his tracks and, all of a sudden, he disappeared off the 100’ cliff, making a loud thud when he hit the bottom. 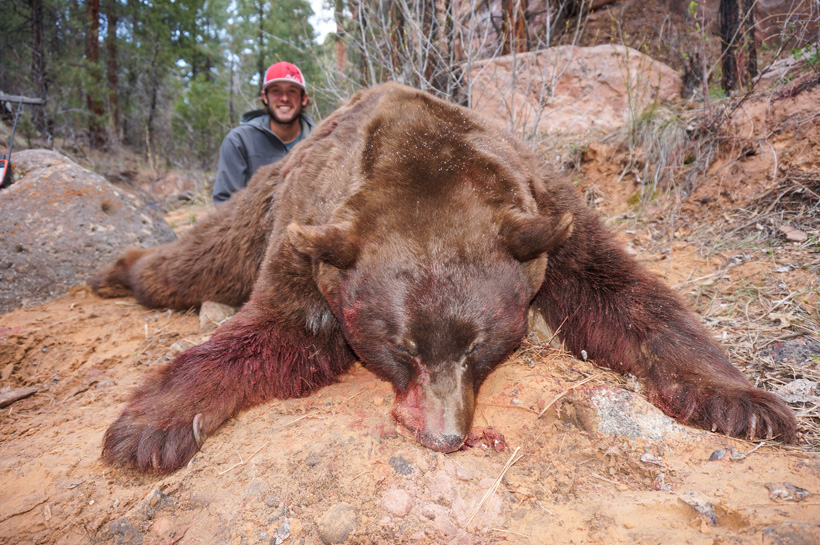 We walked up on the bear still not knowing exactly how big he was from all the excitement. When I pulled his head out and we rolled him over he was more than I imagined. He was definitely the bear of my dreams! 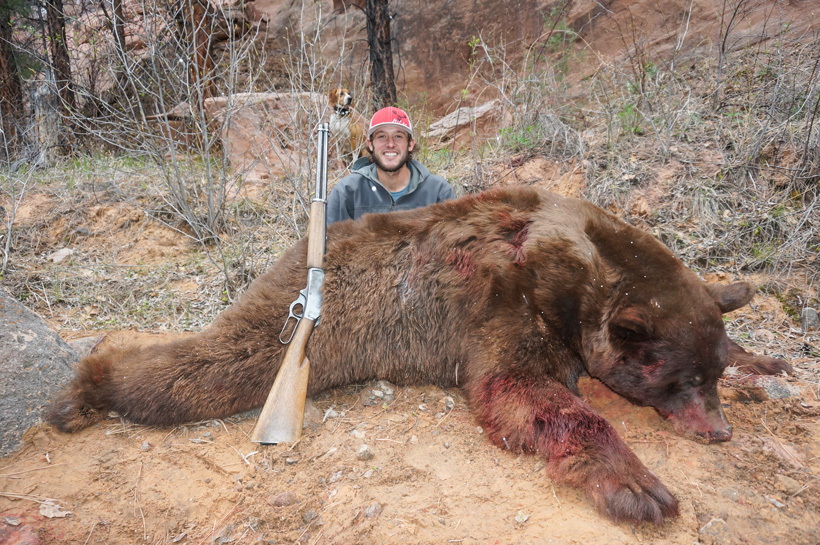 This bear was not rubbed and had a perfect coat! We celebrated, high fived, hollered and took it all in. We took a bunch of pictures and then got him skinned and prepared for the long hike out of there. 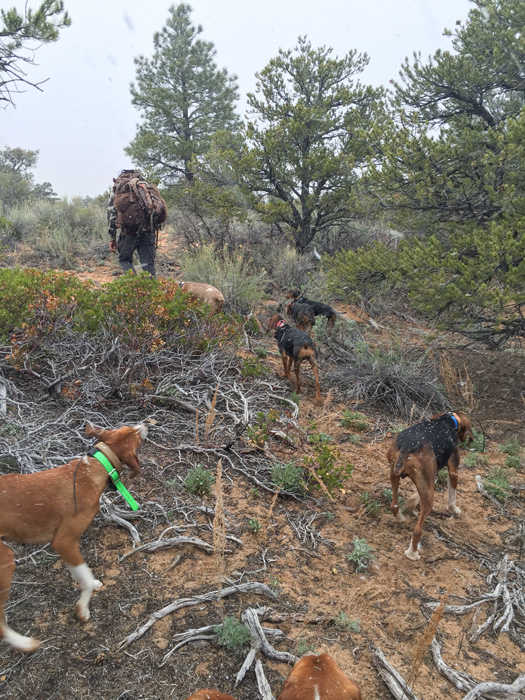 It starting snowing on us walking back to the RZR and snowed about 4” in only a few hours. This was another memory to add to my once-in-a-lifetime bear hunt. 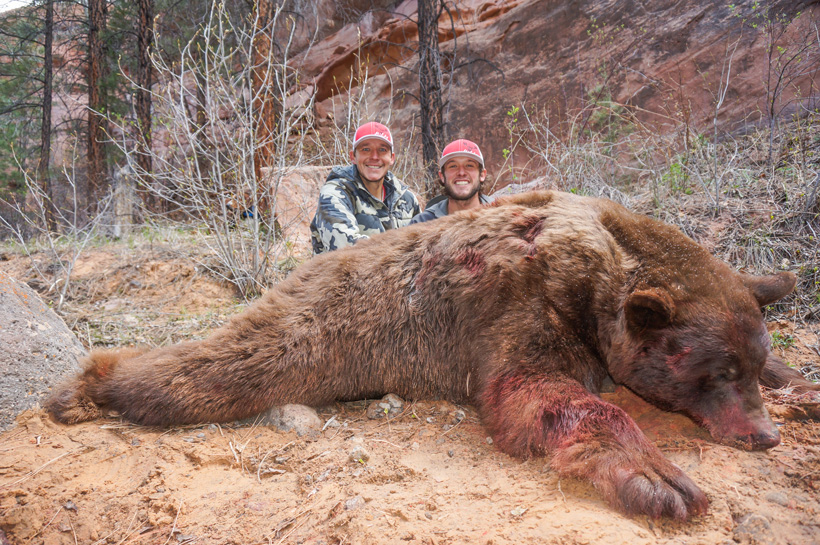 I’d like to thank my brother, Gunner, two of my best friends, Garett, and Hadley, and all of my friends and family. 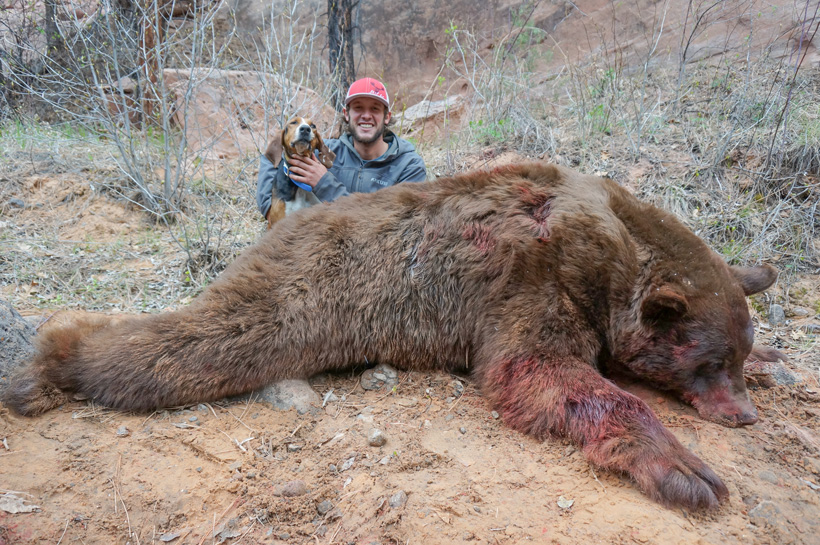 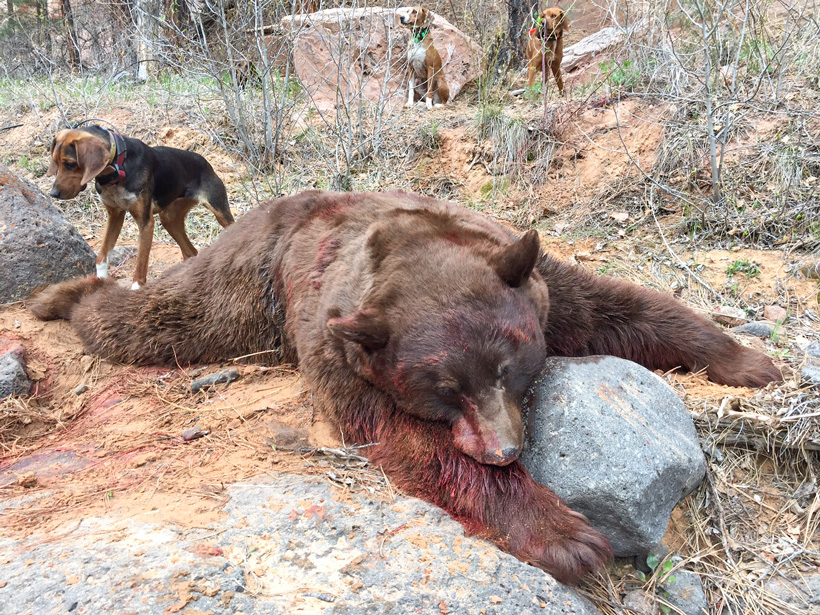 Also a special thanks goes out to the best hound dogs there are for making this a hunt I will cherish forever!