A hunt in the home state 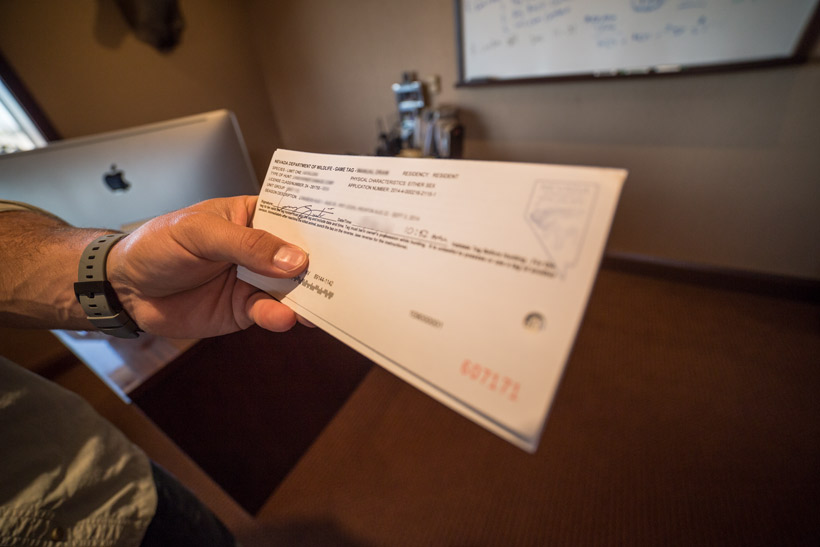 It started in June when I realized I drew a late-season tag in my home state of Nevada. Immediately, I had high hopes for the hunt. I spent time in the hunting area in years past and knew what it had to offer. 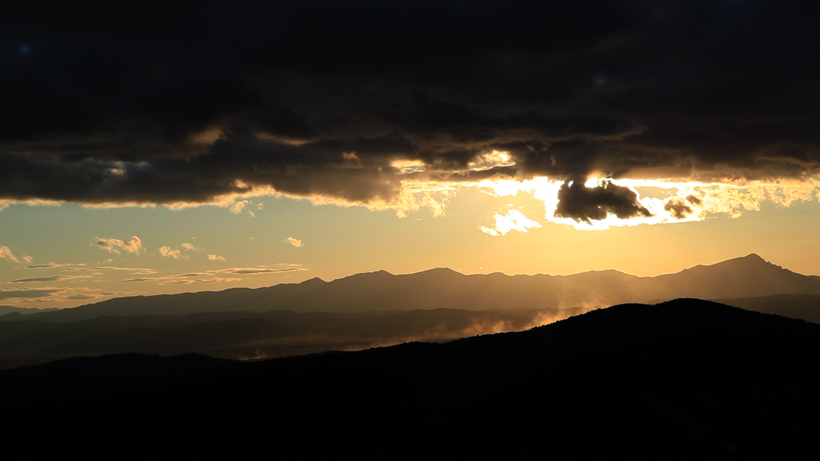 When October 30 finally came around, I was off to hunt and showed up to the unit right as the sun was going down. 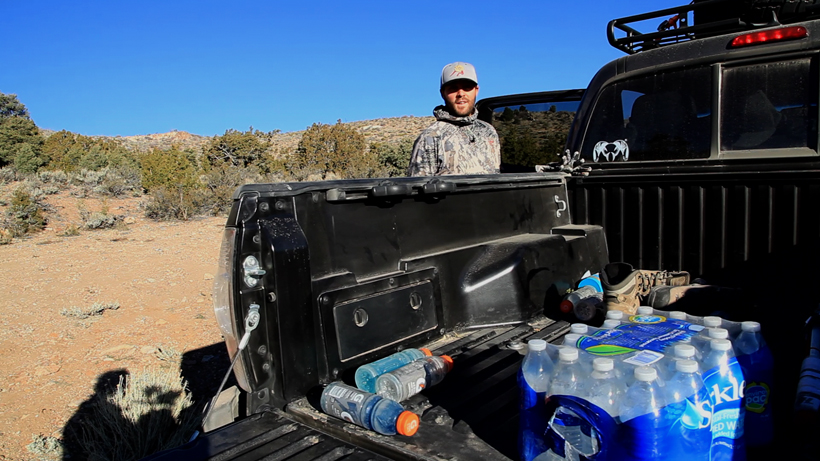 Day one was spent scouting and glassing trying to cover as much country as possible to see where the deer were in their pre-rut phase. But, it was hot and dry and the bucks were not doing much in the way of rutting. I had until November 5th, and I planned on holding out for a deer that I really wanted to take. 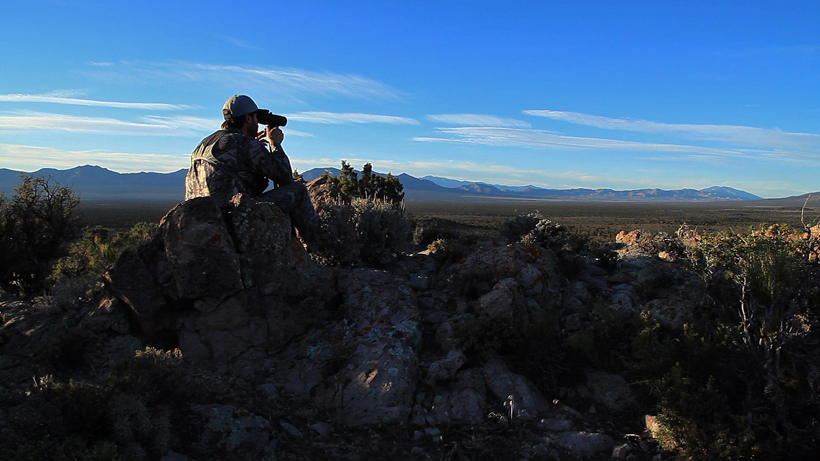 As the days went on, it proved to be more difficult. The bigger bucks were still held up in cover like it was mid-October and just when I thought I was running out of luck, I heard about a low pressure system that was supposed to blow in during the middle of my five-day hunt. All I needed now was some rut action and a drop in the barometer and temperature. 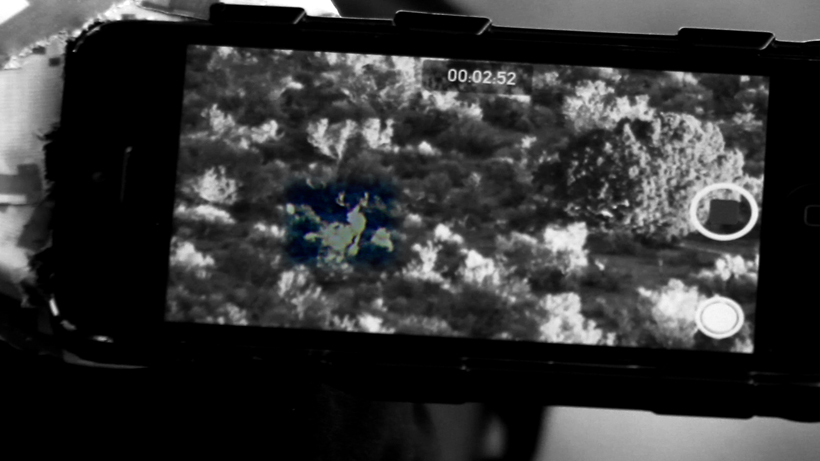 It was now November 3 and day three of the hunt. Finally, I found little gains in the pre-rut. This was the first day I saw bucks running and scent-checking for does. The only problem now was the size of the bucks. 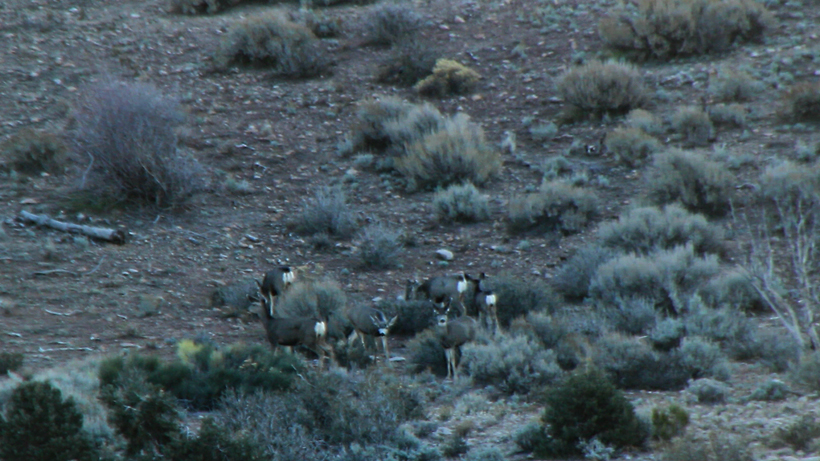 The bucks were now definitely looking for the does. 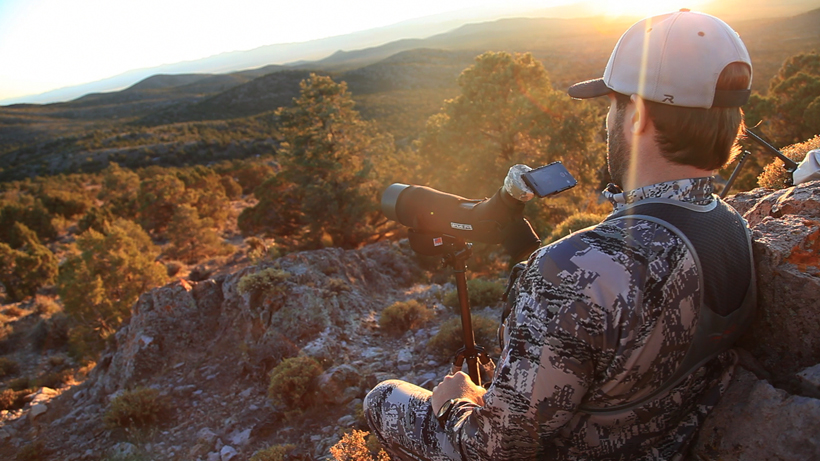 Around noon on day three, the barometer started to drop making a noticeable change in the temperature and the bigger bucks were starting to show themselves and my Phoneskope was able to capture some great photos. 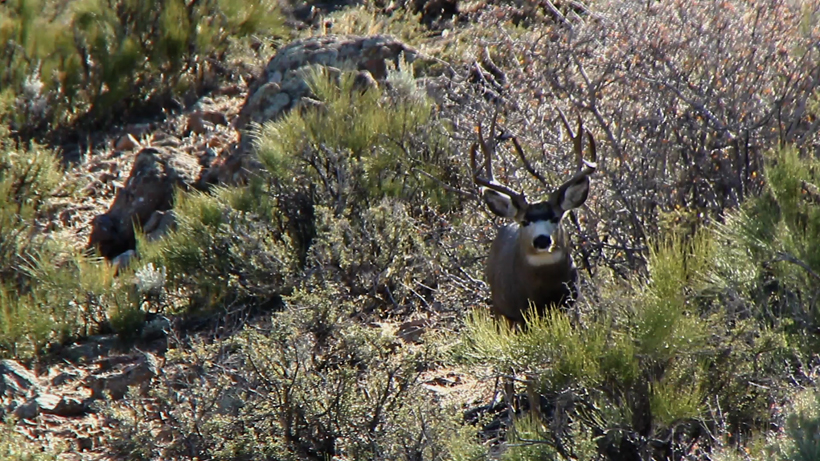 This was the biggest buck we had seen so far, and he was on the lookout for does. 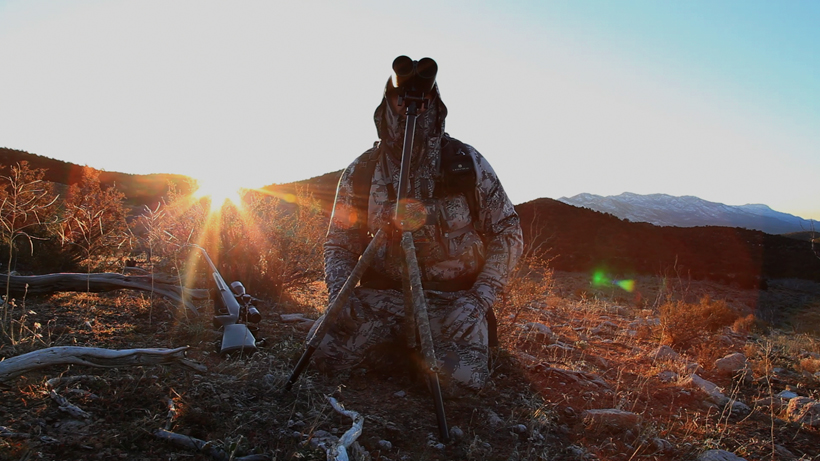 The morning of day four was here, and for the first time the temperature was low enough for a jacket. I had a feeling it was going to be a successful day. 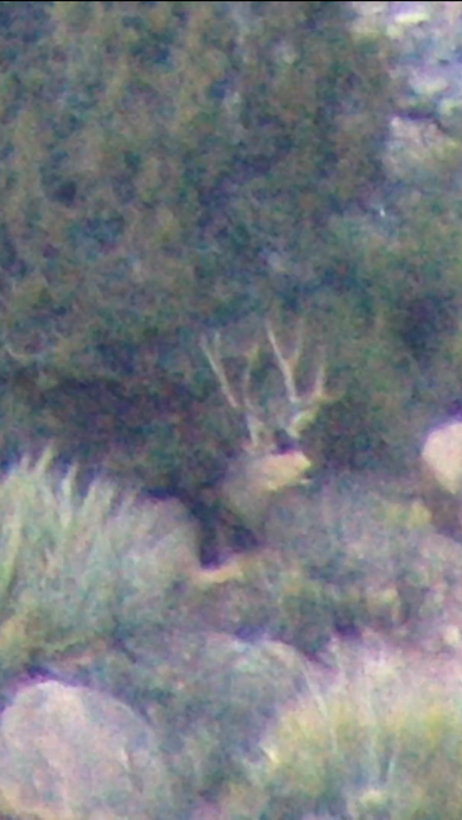 By midmorning, I found myself at a crossroad. I’m a sucker for nice typicals, and I was only a half mile away from a great typical buck and could not decide if I was going to go after him or not. Most hunters are familiar with this feeling and the internal battle it brings. I ended up wasting too much time and was not able to go after him. 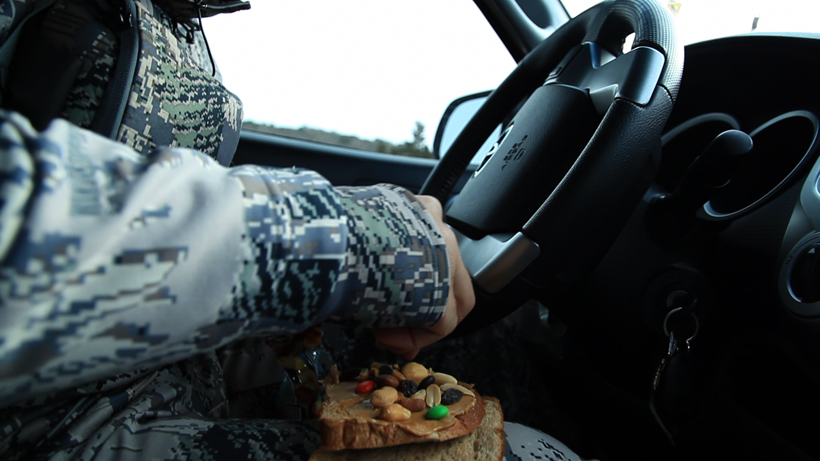 The only way to get over the gut-check was to get back to the truck and enjoy my favorite meal in the field, peanut butter and jelly with trail mix. 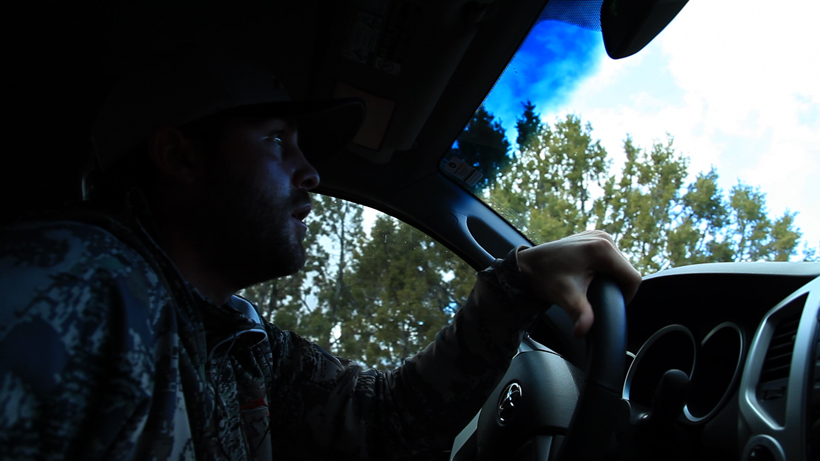 After fueling up on food, I was off to cover more ground, hoping to find a big buck traveling for does. My worries began again that afternoon as the cold front that moved in was quickly fading. I was in a hurry trying to glass bucks while the temperature was still cold enough to get them going. 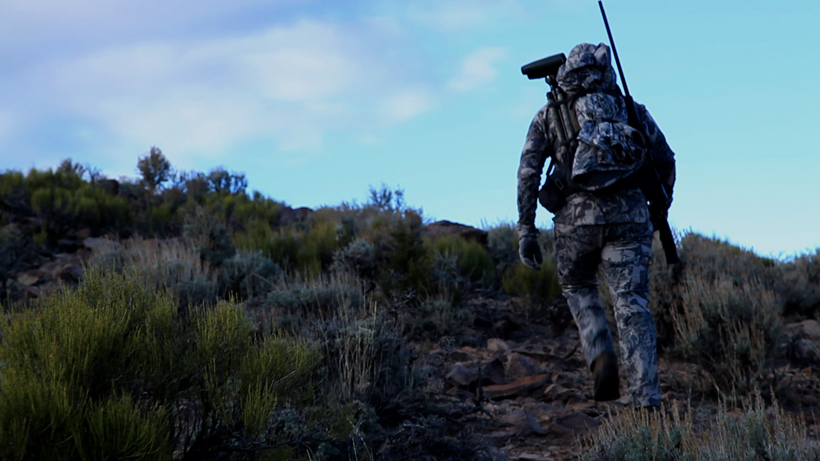 The morning of day five was already upon me, this was the last day of my hunt. I knew I had to get back to work, but I wanted a good buck to bring back home. Luckily, the temperature was back to below freezing, and right off the bat I found a good typical buck. With limited time left, I immediately knew that this would be my buck. 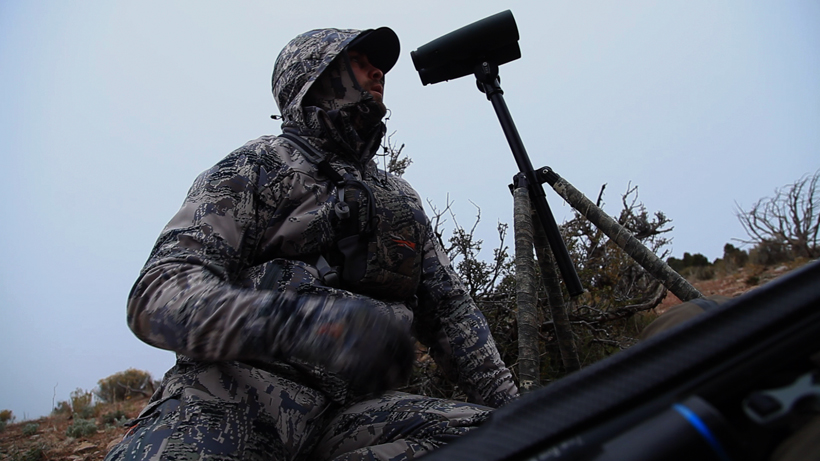 I was closing distance quickly and constantly stopping to check the whereabouts of my buck. 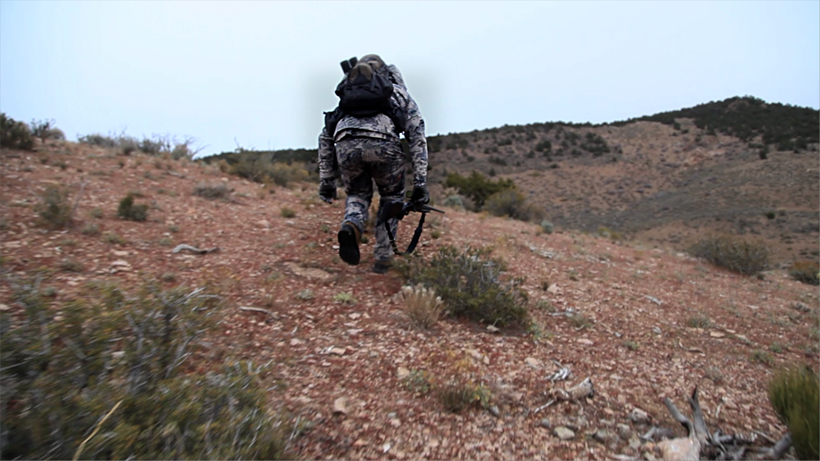 I couldn't get any closer and set up for a shot at 430 yards. 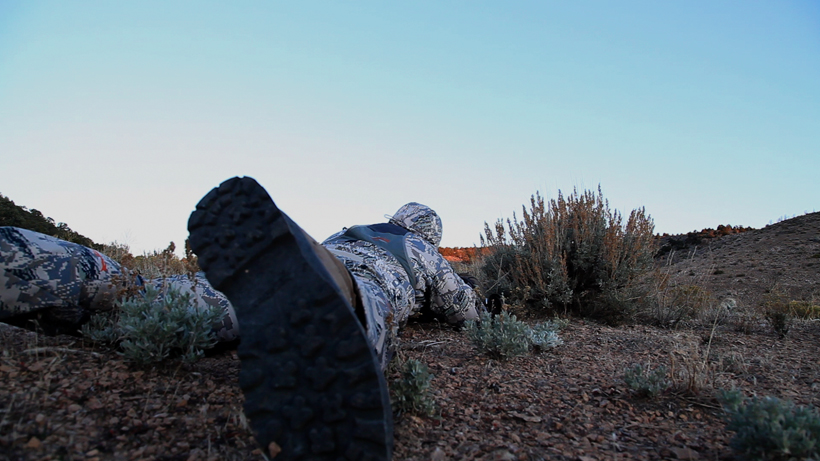 The buck was in a sagebrush basin chasing his does and completely unaware of my presence. 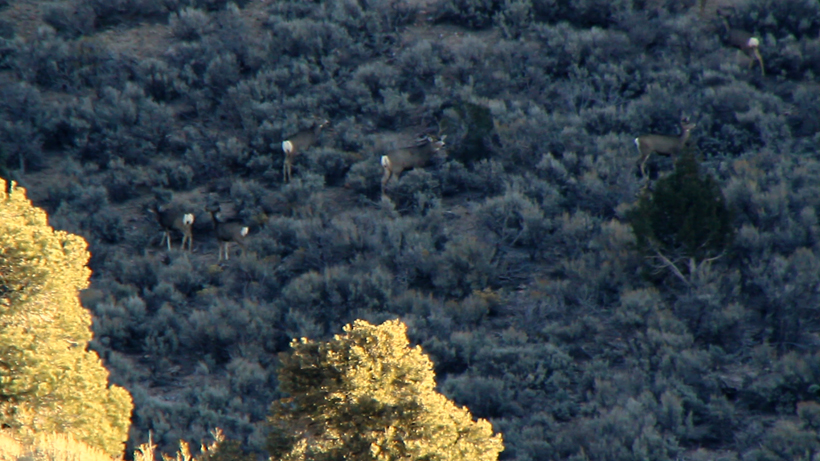 I took a deep breath and squeezed off a shot. I put the bullet right behind the shoulder, sending the buck running into a little canyon, where he laid to rest. My nerves finally calmed when it was all over. I had a beautiful typical on the ground. 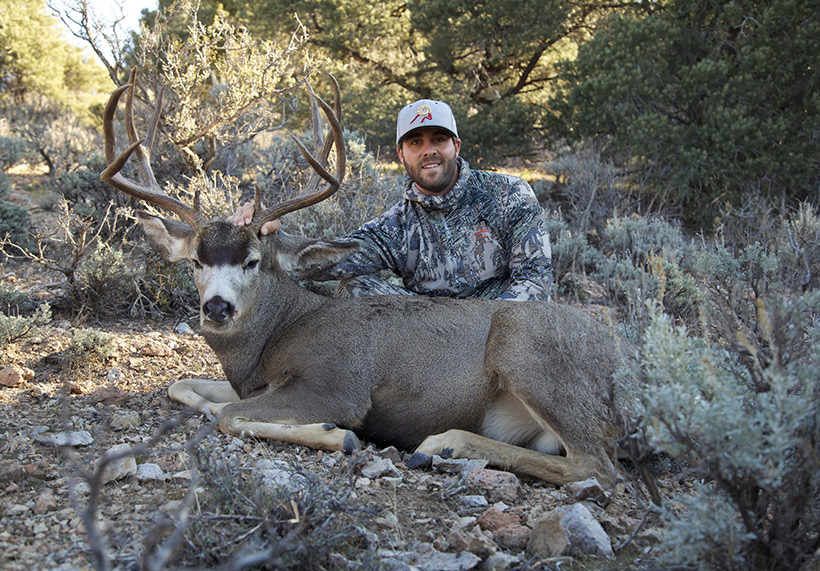 I always try to enjoy every second of my hunts, and this one was no different. I sat beside my buck smiling and remembering every detail of the hunt that had just ended. It is always a great feeling to be in that moment.