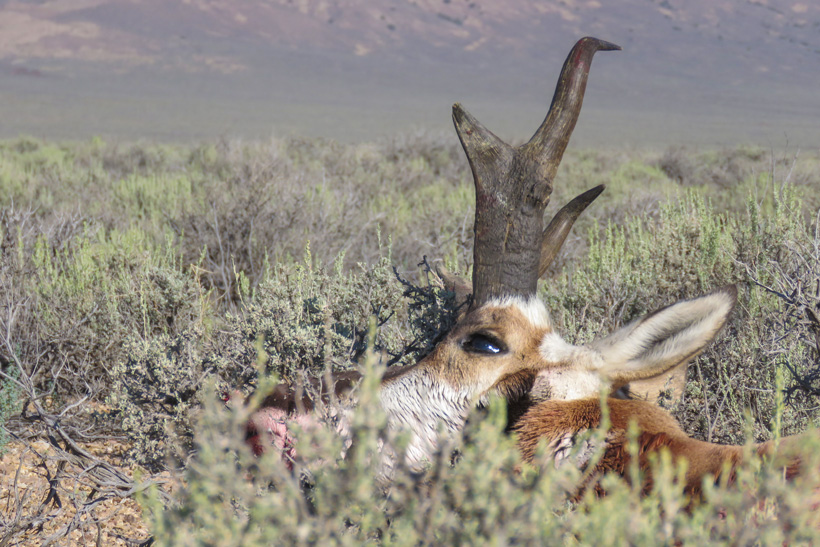 As the 2015 Nevada antelope season came closer, my nerves started accelerating. It was not the excited adrenaline type of nerves, but a different type of nerves -- real nerves. I was hunting with my friends Casey and Korina. We were going up with three tags in the group, but due to work responsibilities we only had 36 hours to get them filled. I knew shooting three good bucks in 36 hours was possible with a small sacrifice on the size of the bucks, but I had no idea what was about to happen. 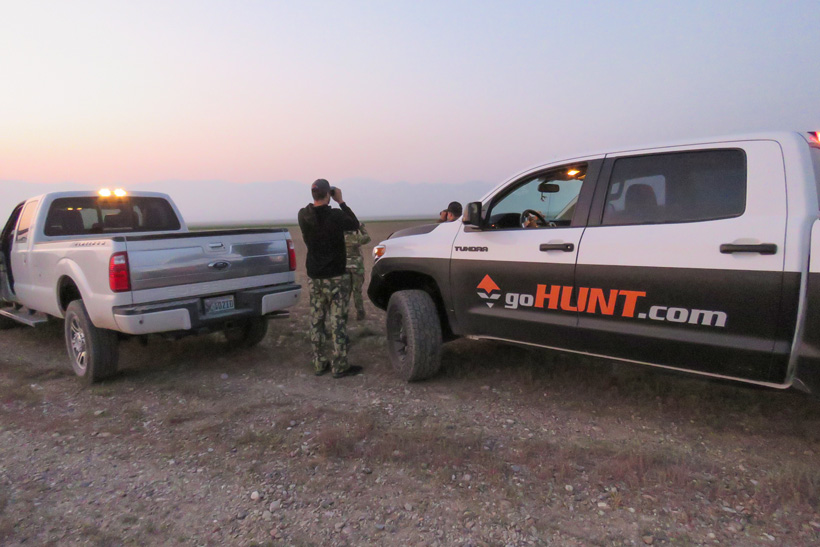 As the sun came up on day one, I focused on helping Korina kill a buck early while they were coming off of the alfalfa fields. It was a good time as they were still fairly docile and not running around all over the place. Next, I wanted to focus on helping Casey harvest a good buck in the same area before I could head south and pursue a buck I found Friday mid-day before the hunt started.

As the morning went by, so did small flashes of opportunity. Nothing had been accomplished and the bucks were not cooperating with my game plan. We were four hours into our 36-hour trip with nothing to show for it. But as we topped the fifth hour, the tables turned.

We spotted a great buck bedded, trying to get out of the heat with a small group of does. It was a great buck, too, and I knew we needed to get the first buck of the trip on the ground soon. During the stalk, he started to act like an antelope again getting up and chasing his does all around like a madman. He got out to 400 yards and out of Korina’s range. 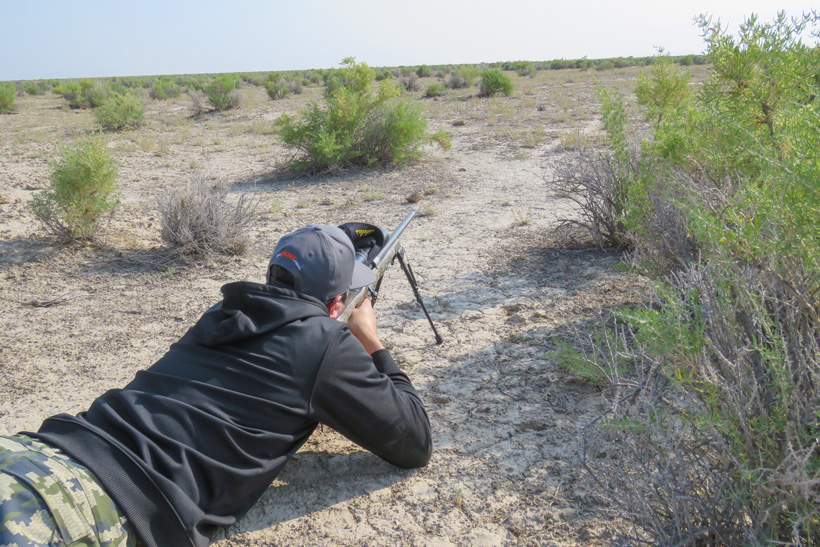 It was up to Casey, who felt confident in the shot. Boom! Although we were no longer adhering to our plan, finally, five hours in and buck number one was on the ground. 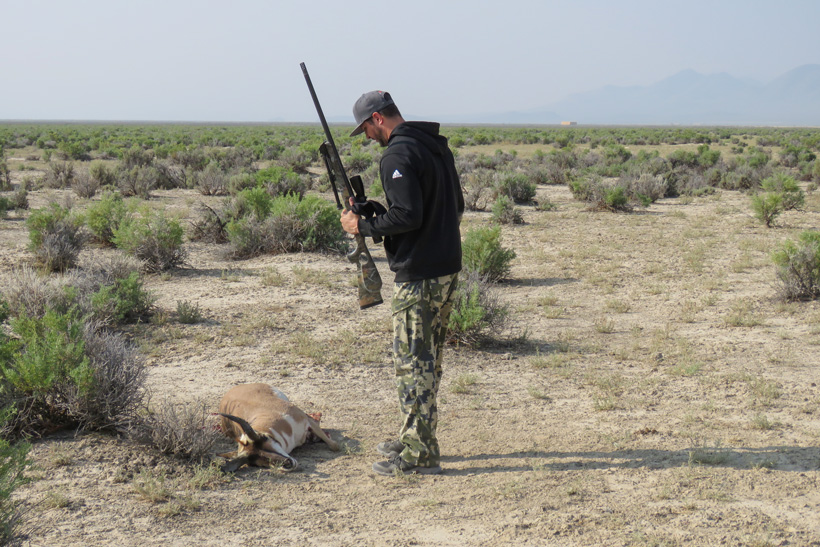 The first thing I noticed walking up to this buck was the crazy amount of character he had: split cutters that were heavy and crunched up plus a horn growing out of the nose from his dinosaur age. 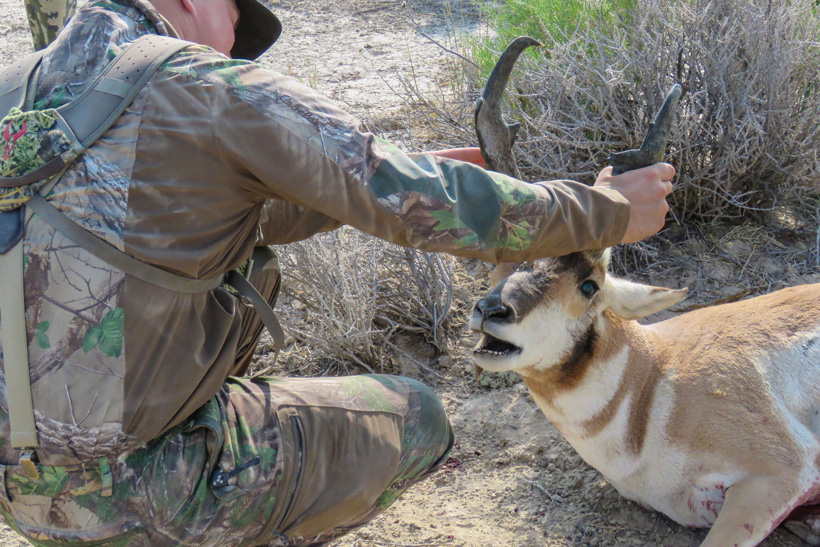 He was definitely an old buck. 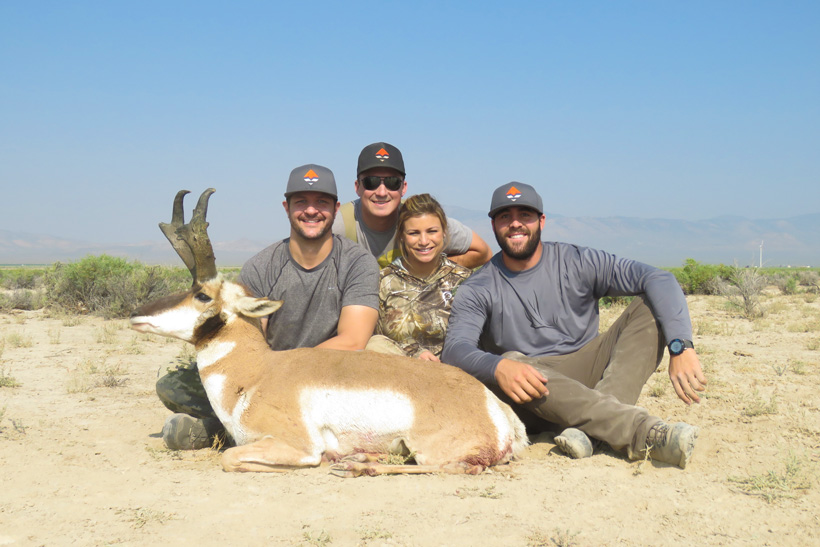 The entire group with Casey’s buck. 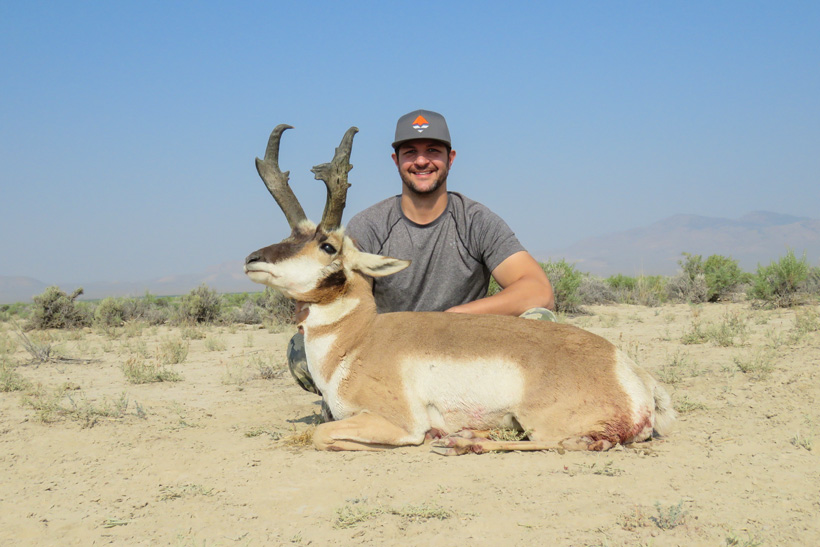 As we finished the field care of Casey’s buck, my anxiety started to fade away. Now that I knew we had at least one buck down, I decided that we would head back to town to get out of the heat, get Casey’s buck on some ice, grab a bite to eat and get some more water bottles. Yet, just like before, my plan was derailed just as quick as it was made.

We were two minutes into our drive back to town before Korina quietly said, “Hey, there's some antelope.” I grabbed my binos and yes, a giant buck was bedded with its does right out in the open. I looked at her and said, “You are killing this buck.” 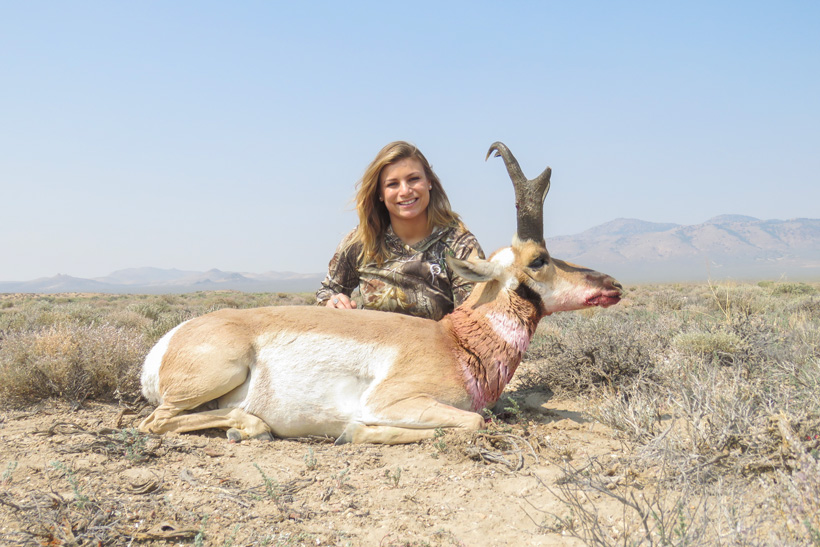 We went after it while he was bedded. Fortunately, this buck actually cooperated and stayed bedded until we could get into range. As soon as he stood up and started walking towards his does, Korina dropped him right in his tracks from 248 yards. Now buck number two was down and it was only 30 minutes after the first buck went down. 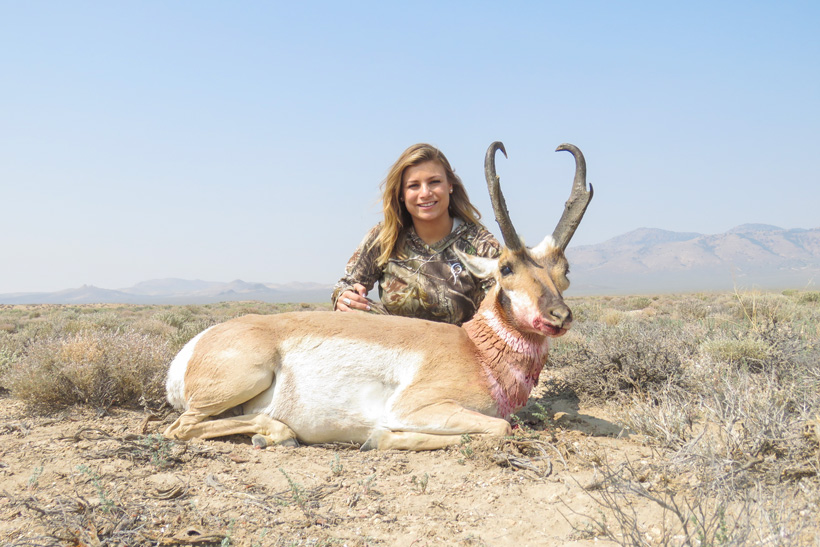 Walking up to Korina’s buck was awesome. I knew finding and killing another buck like Casey’s was going to be tough, but this buck was just as cool in a completely different way. It was the prototypical heart shaped buck with big cutters, ivory tips and great mass. We were all smiles at this point, especially me knowing that two were down and I still had time to find the buck down south for me.

That afternoon, after we got a bite to eat and refueled on water and air conditioning, we headed south to find my buck. Spirits were high after the amazing morning we just had and the two great bucks we had to show for it. 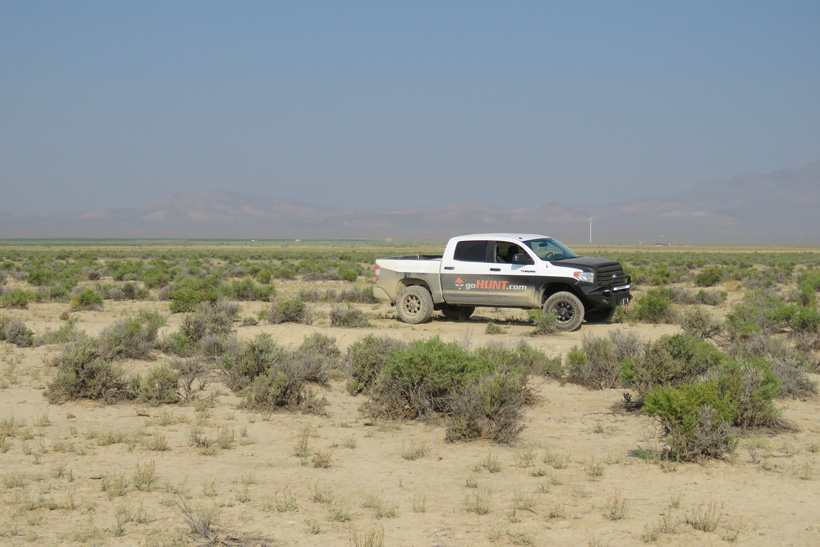 When we pulled up to the spot where the buck I found was living, the terrain looked like the moon. All existance of life had vanished for some reason. As the evening continued, and my buck still had not appeared, my high hopes were slowly deflating. When the sun went down, I was back to square one with my nerves. The only buck I knew of that could hold a candle to the two bucks we already had was now nowhere to be found. I went to bed that night re-thinking the morning’s game plan.

I decided to head back to the land of glory where Korina and Casey both found their luck and away from where my big buck was living. It was a gamble, but I only had until 11 a.m. before I had to head back home. It was my best chance to get a buck killed.

I knew I had to lower my expectations on the buck I wanted to kill with a very limited amount of time left and I knew it would be incredibly difficult to kill another buck in the same class as the two we already had.

But just like everything before, the plan in my head was quickly washed out. We spotted another great buck in an agricultural pivot and about to chase his does out onto the public land. He was moving quickly so time was not on my side. I could not make it to him before he got going away from me and I had to backtrack to get on him. I drove the truck around to get on top of where he was headed to cut him off and get a shot.

Finally, a plan worked and I guessed correctly about where he was headed. We cut him off and I got out of the truck and made a stalk on him. He offered a broadside shot at 430 yards. And boom! Buck number three on the ground with only three hours to spare! 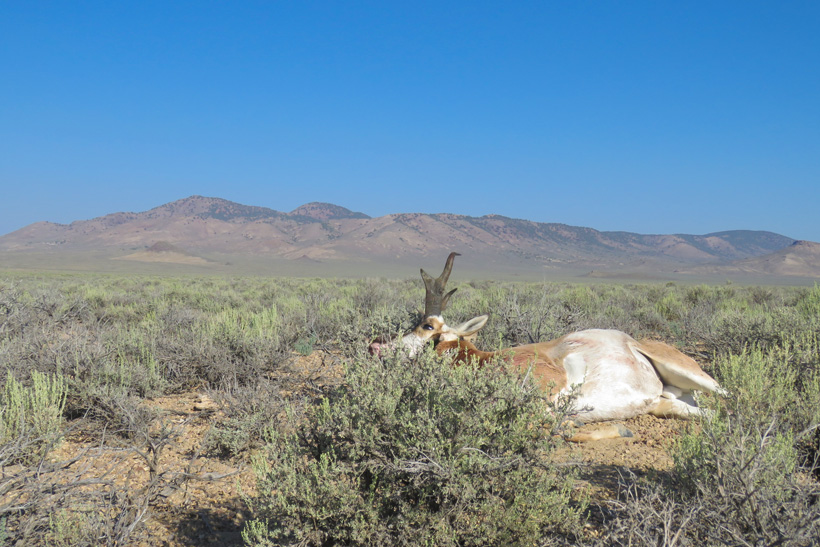 Walking up to him, I could not believe what we had just accomplished: three great bucks in less than 36 hours and all on public ground. 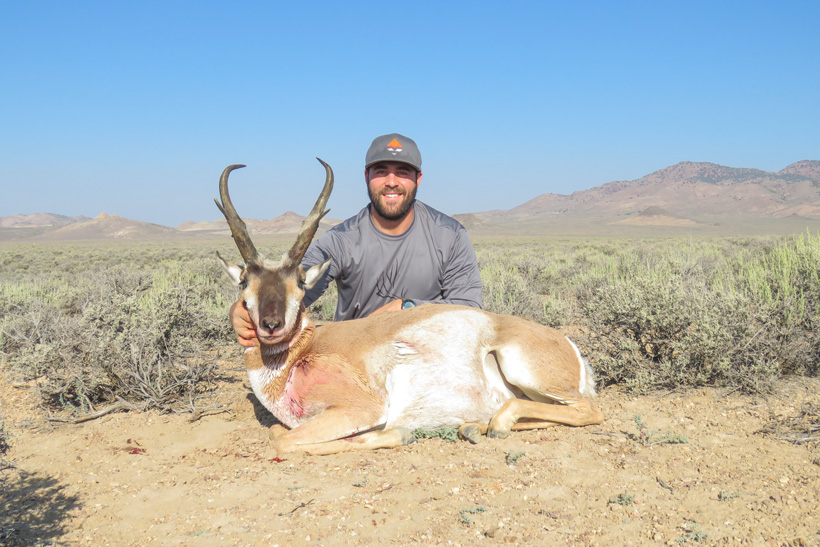 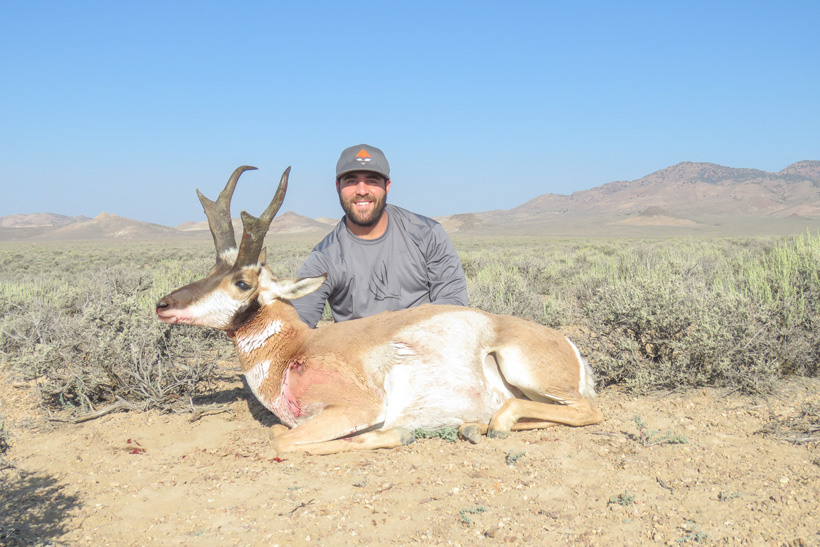 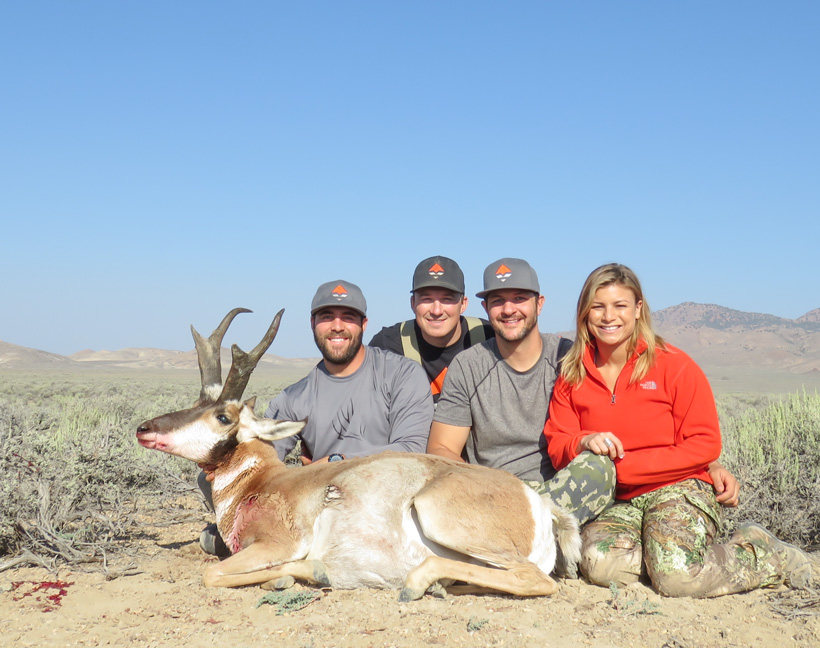 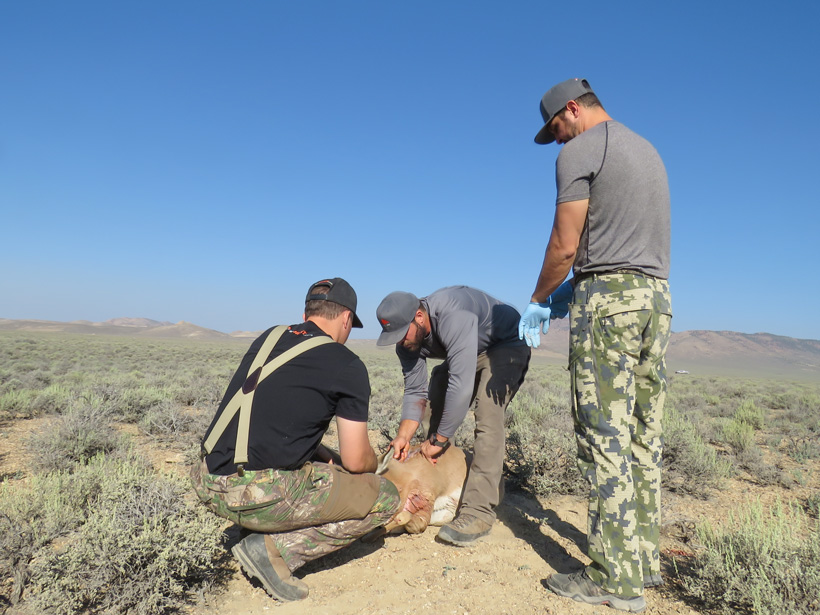 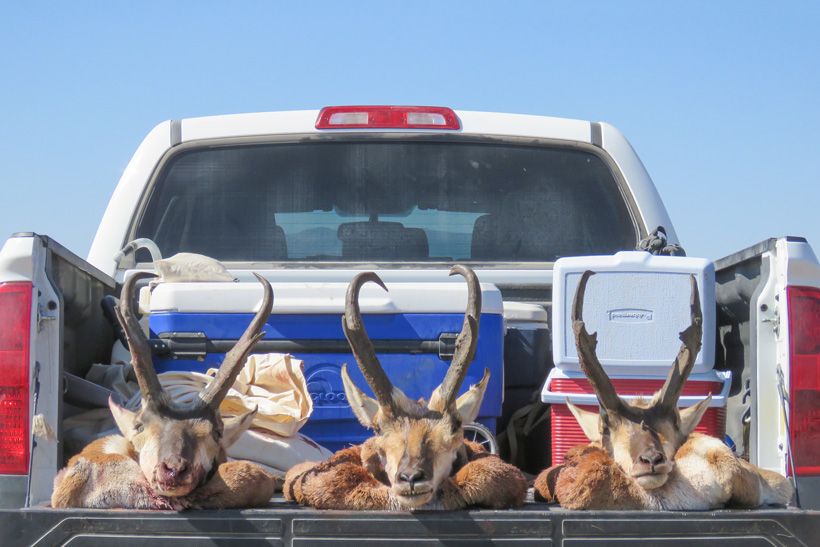 All three bucks broke 80” and they all had their own bit of character to them, making it even better. The trip ended up being a huge success. It turned out my game plans never worked and I was nervous for nothing.