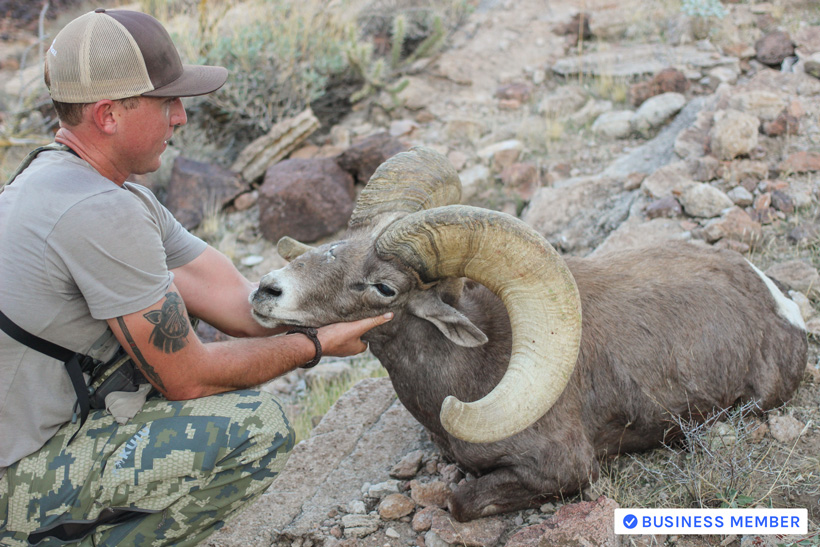 The Arizona Big Game Super Raffle drawing is held in July and I was excited to find out that Frank Argo, a friend and previous client, had been drawn for the desert bighorn sheep tag. This tag allows the hunter to hunt from August 15 to August 14 of the following year and is known as a “365 day” tag. It’s a big deal! 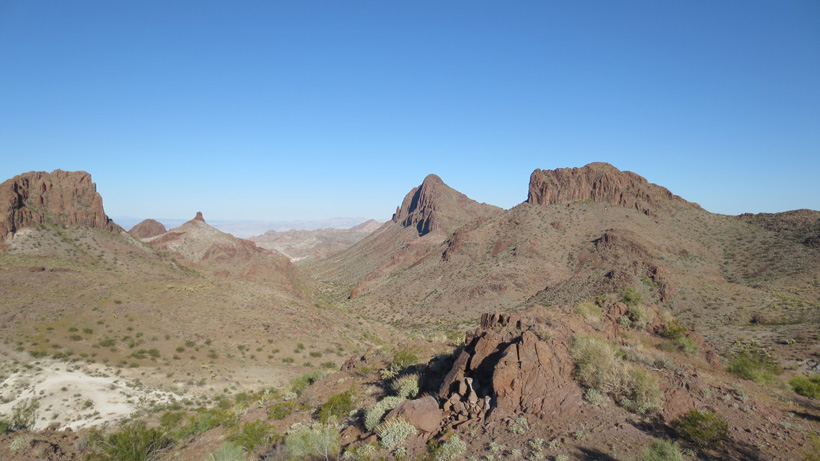 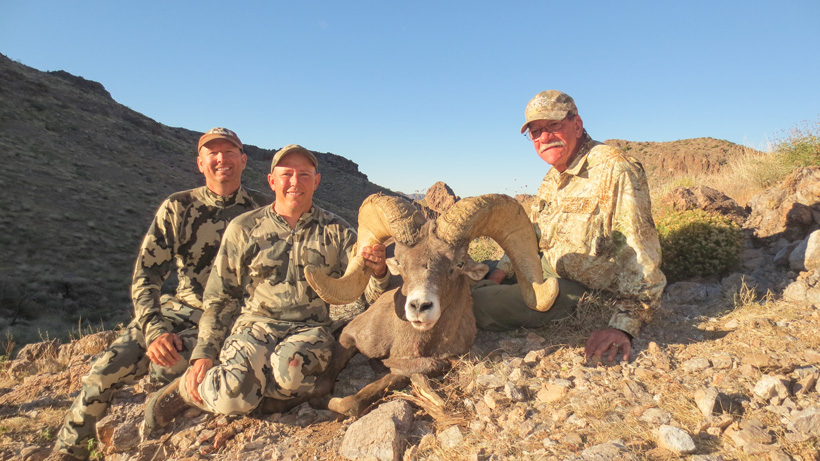 Up until this point, our hunters have been able to harvest three out of the top four rams ever harvested on this tag. Knowing we were about to get another opportunity to guide the hunt kicked our excitement level into overdrive. 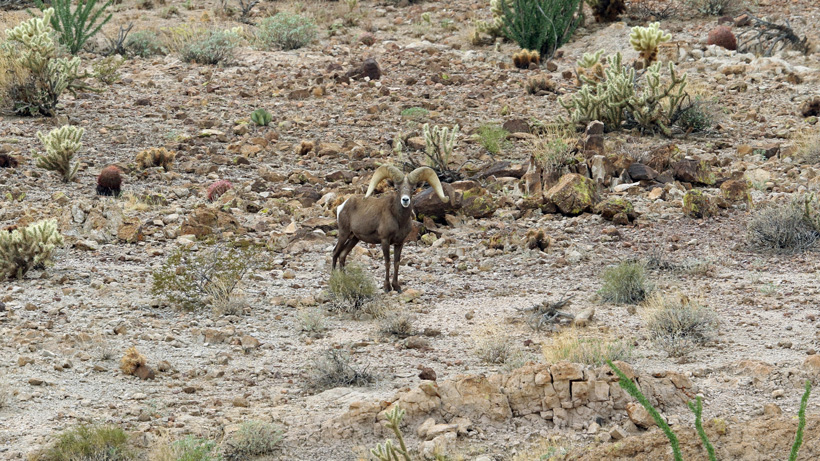 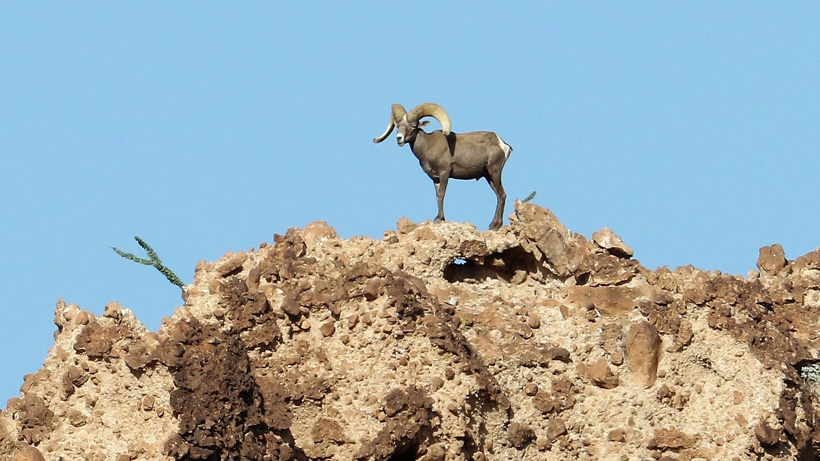 Each time we have guided this hunted it has resulted in hundreds of rams being spotted, filmed and photographed. This was the ram we located and were hunting for.

Unfortunately, my guiding partner, Darr Colburn, had a dilemma since both of his boys had already drawn deer hunts for the same time that we were scheduled to guide this sheep hunt. We decided that he better focus on the deer hunts and I would reach out to our good friend Craig Steele of Kingman, AZ, who operates Exclusive Pursuit Outfitters, and partner on the sheep hunt with him. The details of the hunt were set! 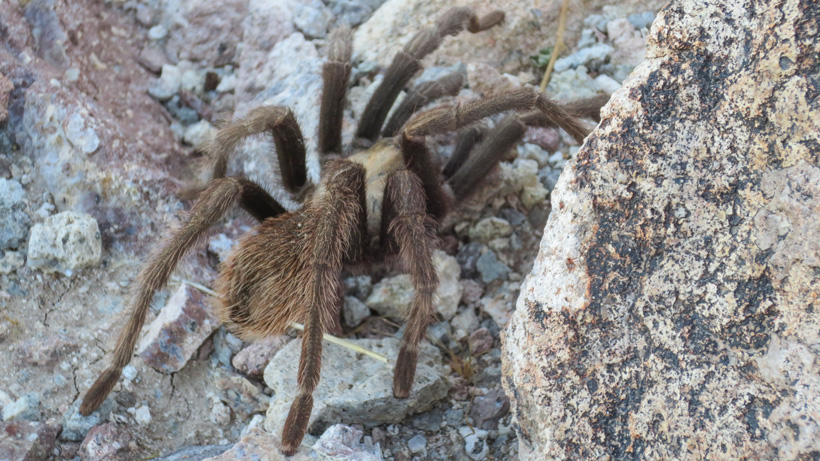 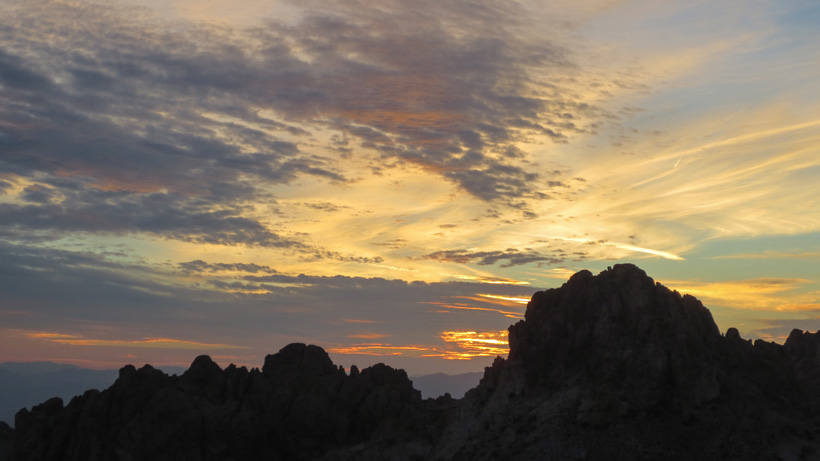 Frank arrived with his good friend, Tim Aldinger, and was his normal self cracking jokes and having a good time. We immediately headed out to look for sheep and found rams right away. We had a great team of sheep spotters that included Craig Steele, Tim Aldinger, Frank and myself. 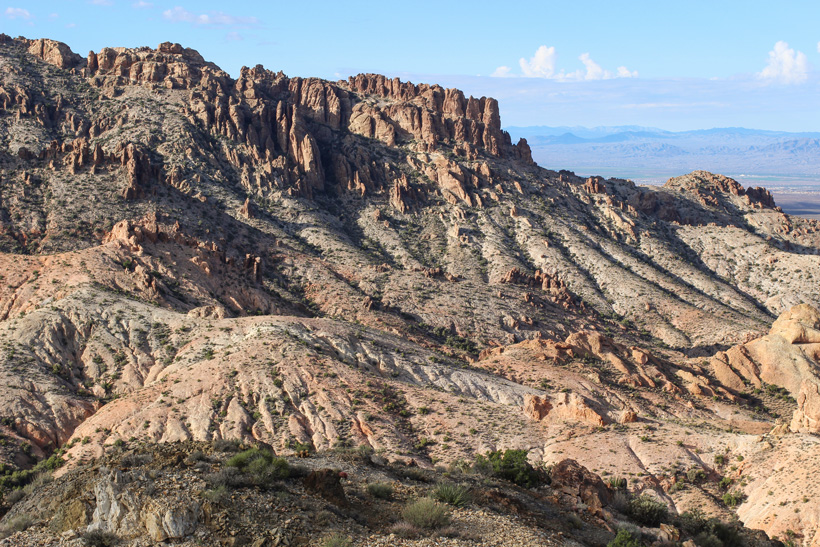 We were also joined by more friends: Seth Meeske, Hunter Haynes, Jole Guthery and Fred Ashurst. Fred and his wife, Mary, have been such good friends that all of our prior raffle sheep hunts have been based right out of Fred’s property, which is uniquely placed right in the middle of incredible sheep habitat. Rams can often be spotted right from Fred’s porch. 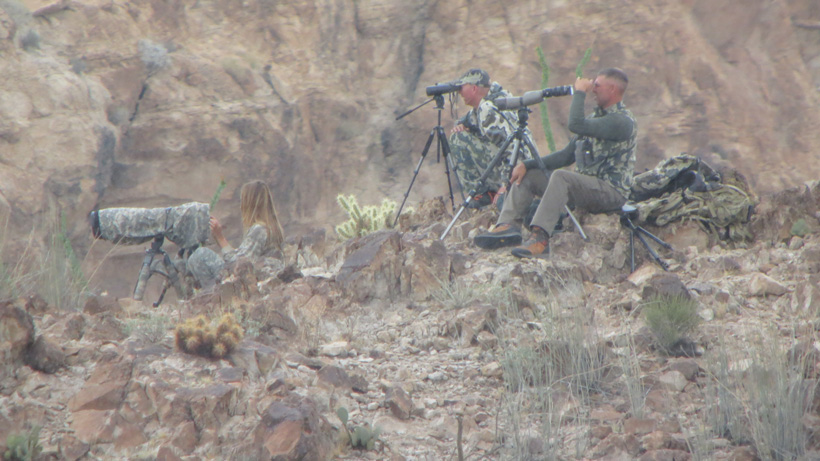 It only took a few days to find a great ram for Frank to harvest with his tag. 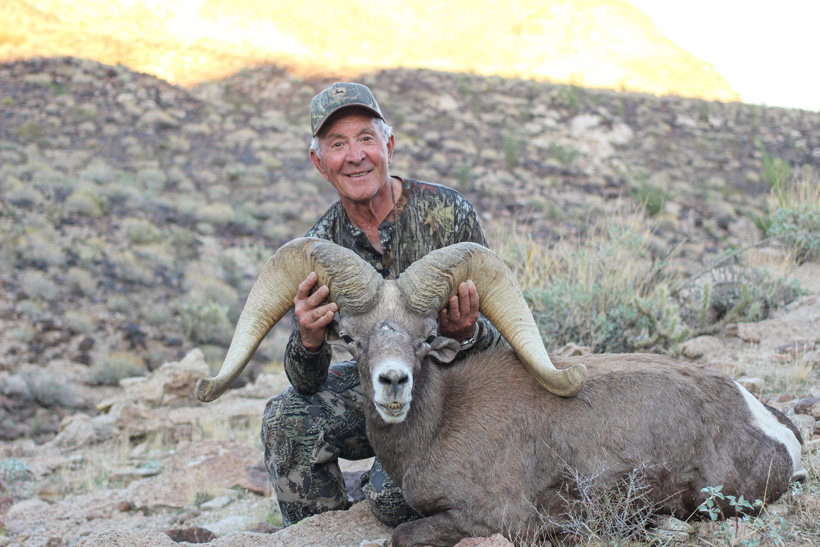 After hiking a few miles into the amazing sheep country along with a couple of well-placed shots, Frank got to hold his first ever Nelson bighorn sheep. You can watch the video of Frank's hunt at the bottom of the article. 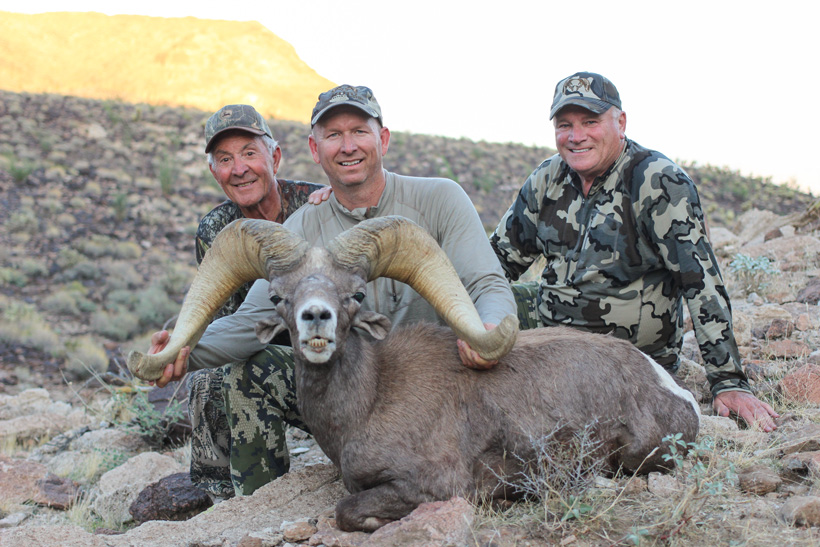 Frank, myself and Tim Aldinger with the wide flaring desert ram. 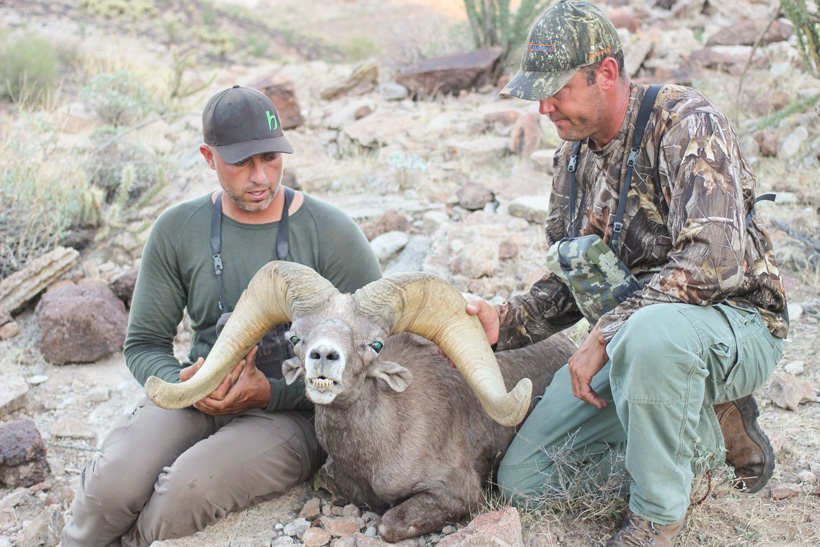 Craig Steele and Seth Meeske with the wide flaring ram.

He is an amazing wide flaring ram at 31” inches from tip-to-tip. Frank’s ram grossed scored 173 4/8” making it the second largest ram to ever be harvested on this raffle tag. 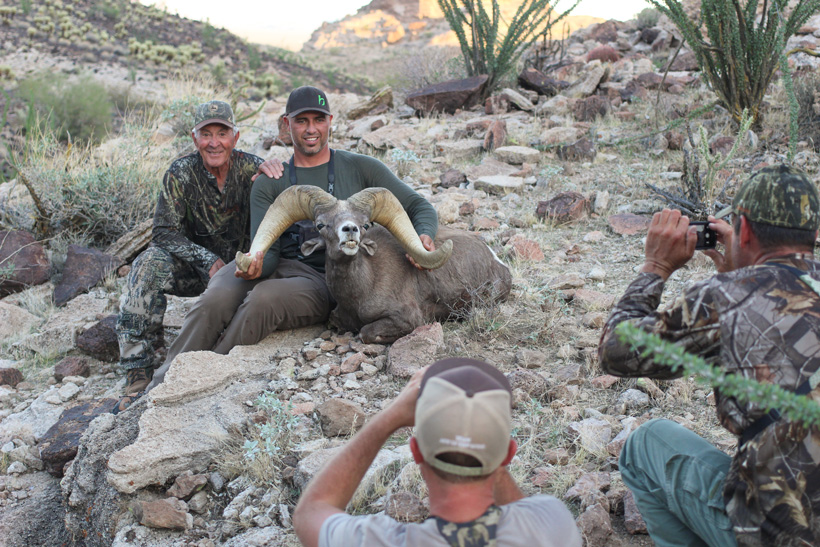 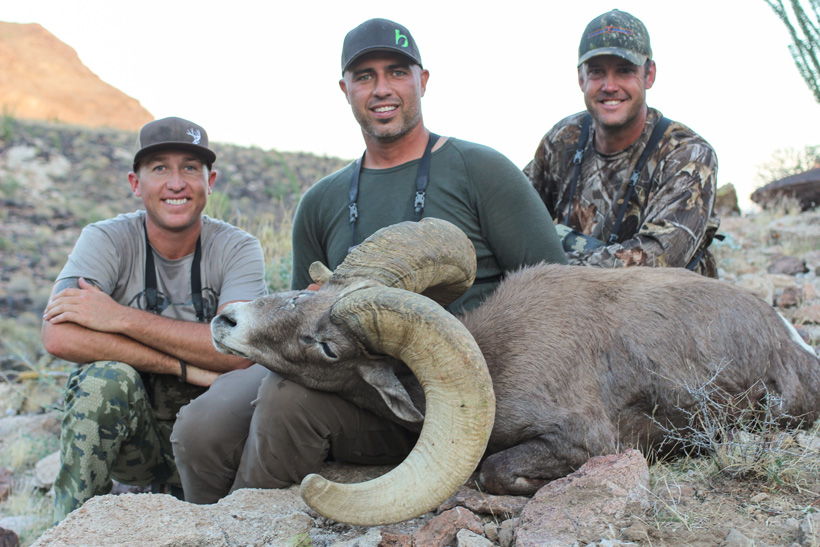 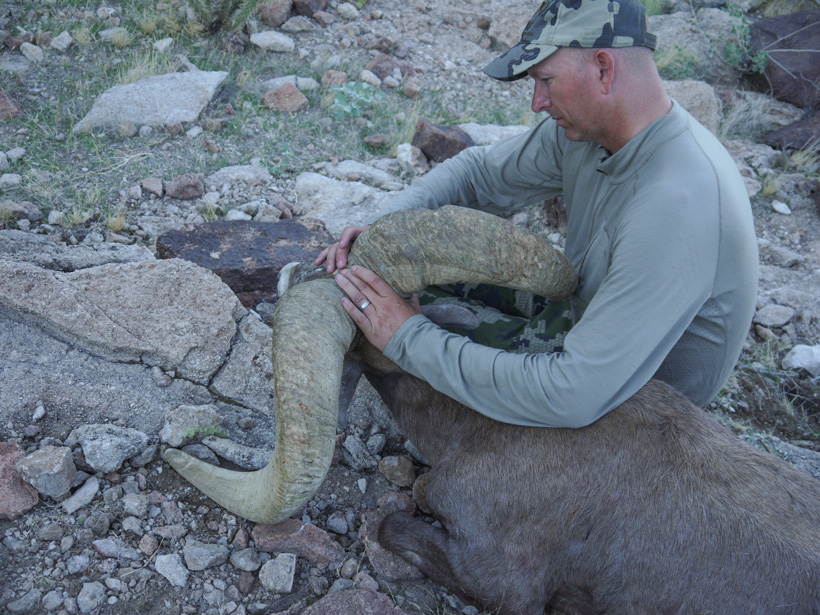 I would like to thank Frank Argo for putting his trust in Colburn and Scott Outfitters and congratulate him for harvesting a magnificent ram. Make sure to buy your raffle tickets to get in on this great sheep hunting opportunity.