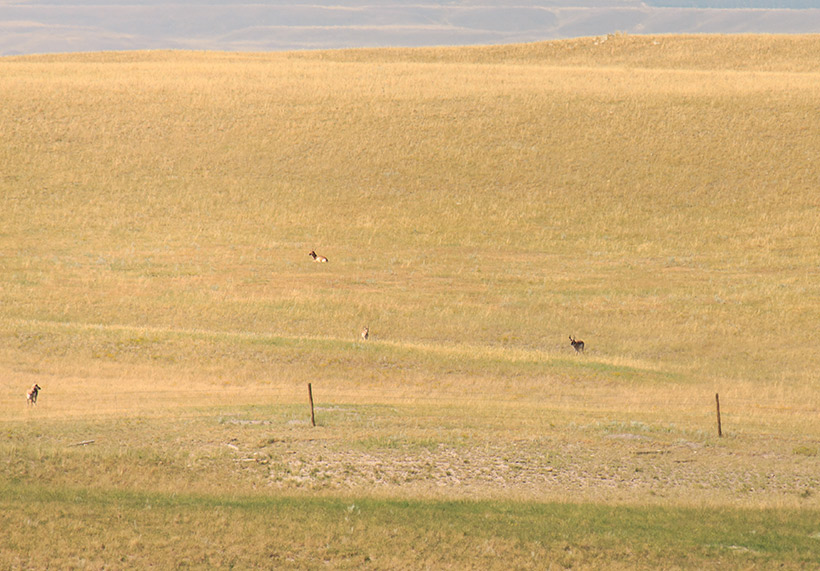 Each year I look forward to heading to eastern Montana in search of antelope. Over the years I have discovered just how much I enjoy pursuing these animals. They are built to handle the scorching summer heat and in the winter they manage to thrive in the worst weather Montana can throw at them. 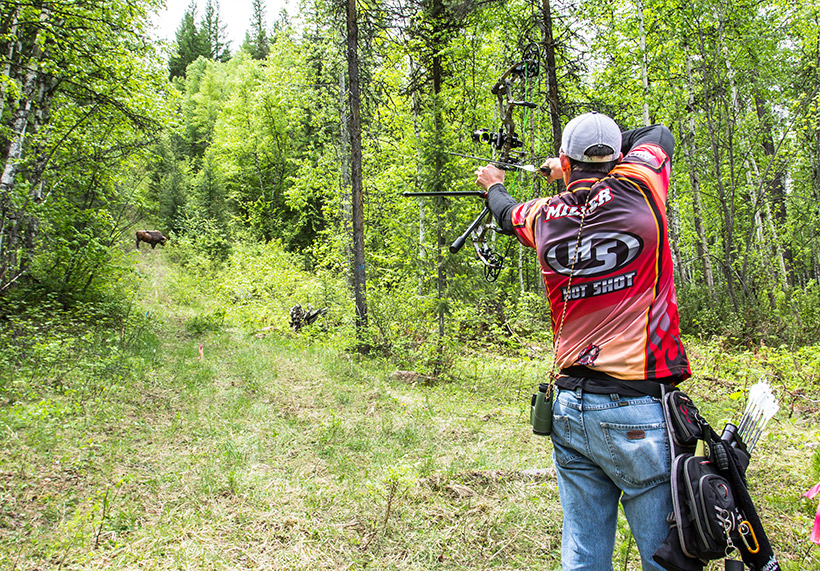 For me early spring and summer is spent shooting 3D tournaments and stretching the target distance in order to make my shots more accurate at closer ranges. August is here before I know it. Long gone are the days of practicing with field points. Now it is broadheads only in preparation for the middle of August opener. 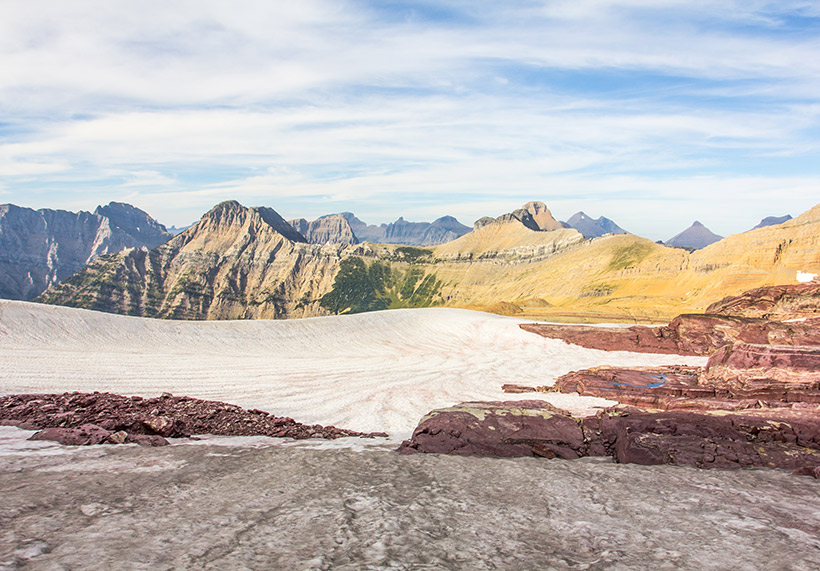 I had to miss opening week this year due to work obligations, but I really can’t complain because I was working on a large glacier in the backcountry of northwest Montana. On the afternoon of August 22, I started to make the drive east to meet up with my good friend Tim Ostlie. 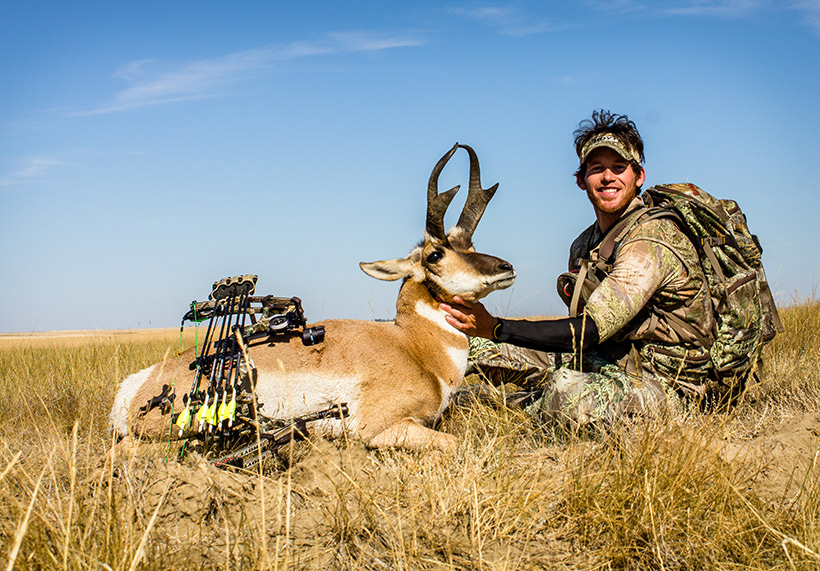 Over the years Tim and I have shared a lot of hunts together since 2008 and have managed to take some great bucks. This is a buck I was able to take early in a bowhunt in 2012. 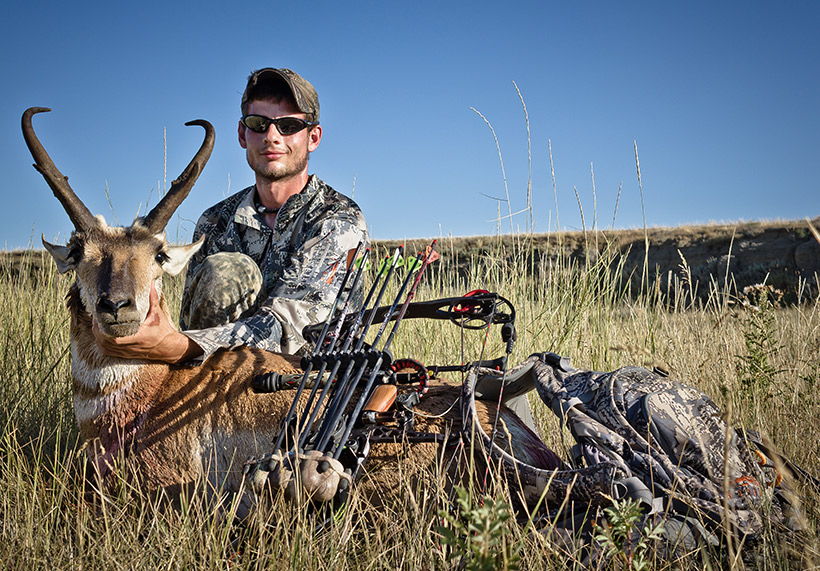 Tim is no stranger to antelope success. Here is his 2012 antelope he took the day after mine. Some of the best hunting memories are always hunts spent with great friends. 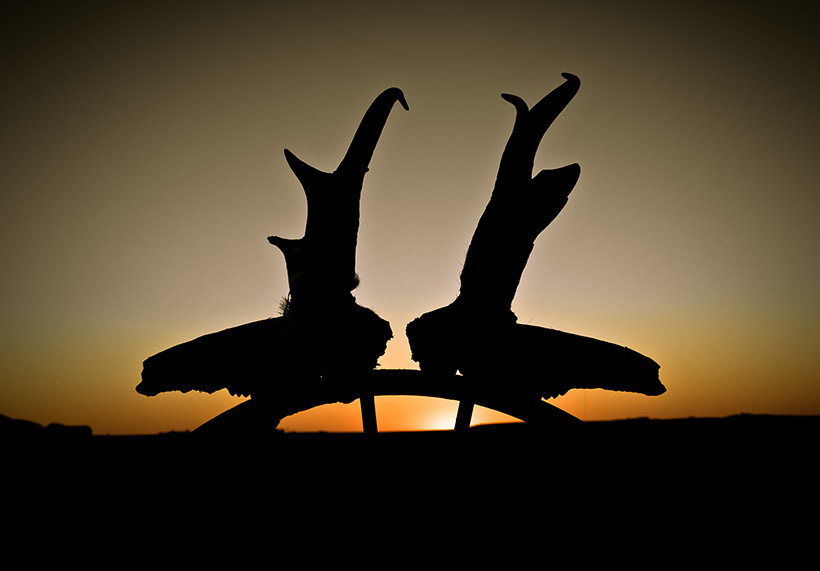 I feel our success is due to bowhunting the same public land area year after year. Both of us are very fond of spot and stalk bowhunting. We feel it gives us the best opportunity for a shot by being mobile and it increases the number of bucks we can hunt each day. 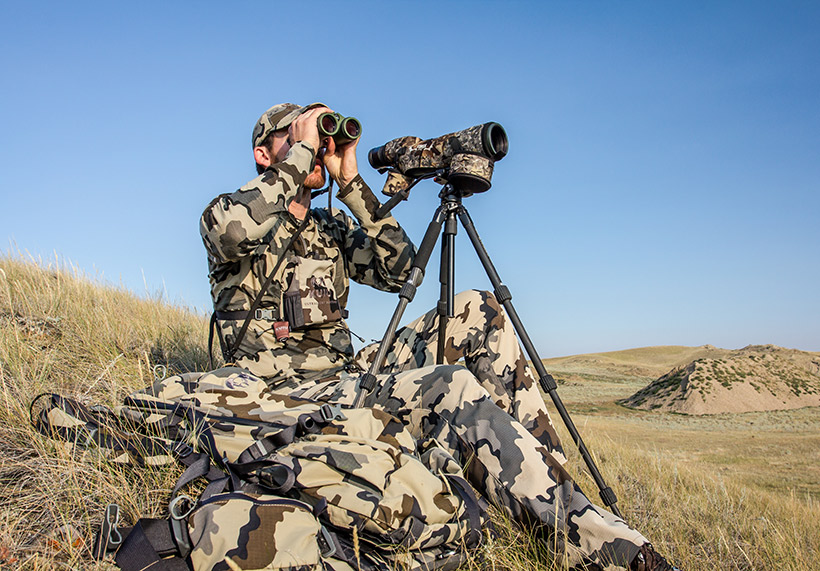 After meeting up with Tim late in the afternoon, I threw some camo on and we jumped in his truck to try and do some evening scouting and hoped to make a stalk. We spent the drive catching up and talking about who would make the first stalk. A few hours into our scouting trip we located several herds of antelope. Unfortunately, the buck already had a large harem of does which would make a stalk this late in the day very difficult. After glassing the antelope we decided to move on. 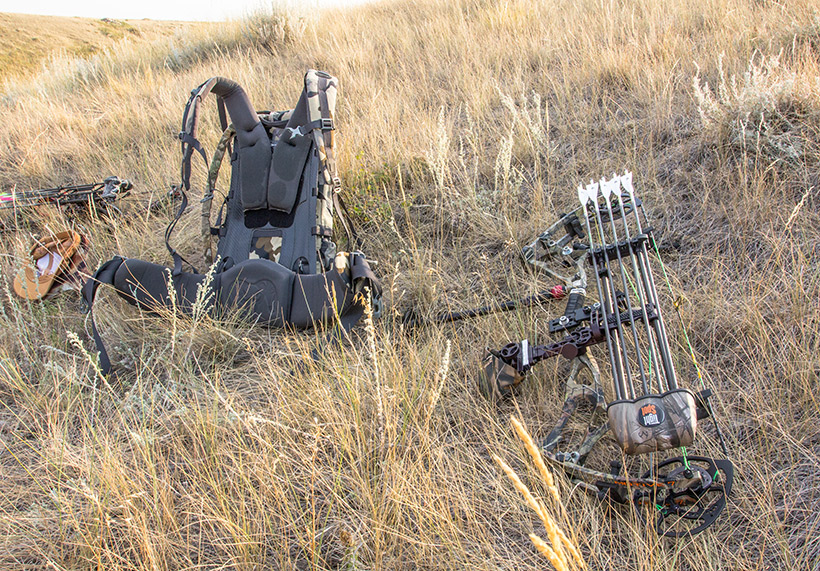 Just before dark we found a lone buck bedded out in the middle of a the prairie. I checked the GPS to make sure it was on public land — we had to make this stalk fast. 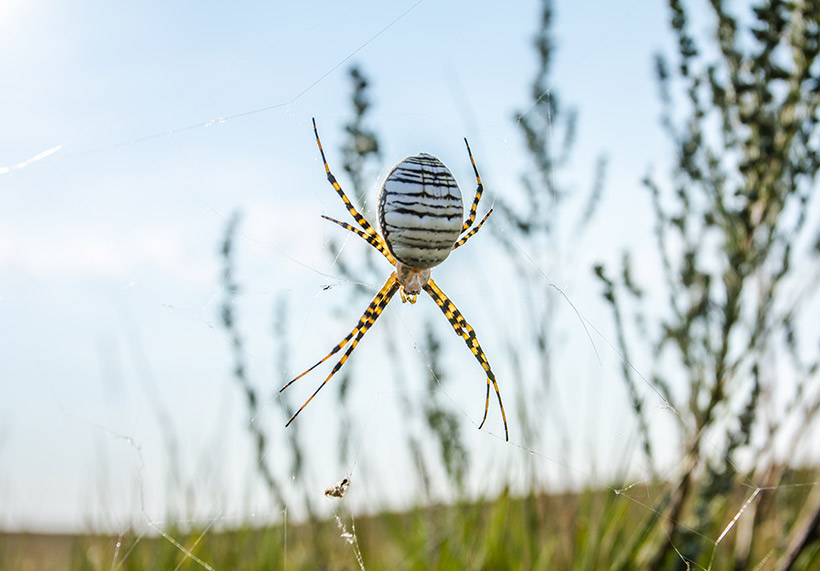 Tim went out in front of me and tried to sneak down a skinny drainage to get close to the buck and while I stayed back and glassed for other bucks while taking a few photos. Unfortunately the buck bolted from his bed as soon as Tim was within bow range. 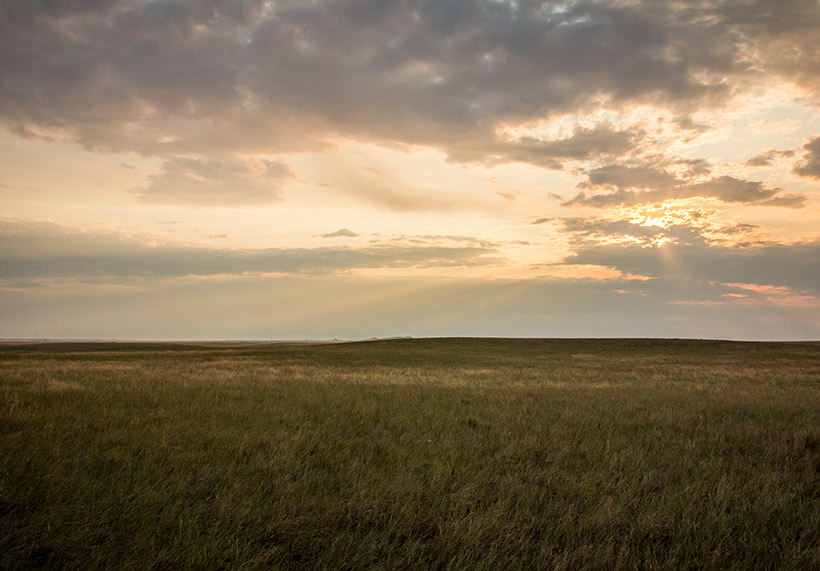 Morning came early as we headed out to find some of the bucks we glassed last night. The sun was rising when we spotted a buck in the bottom of a tall sagebrush flat. 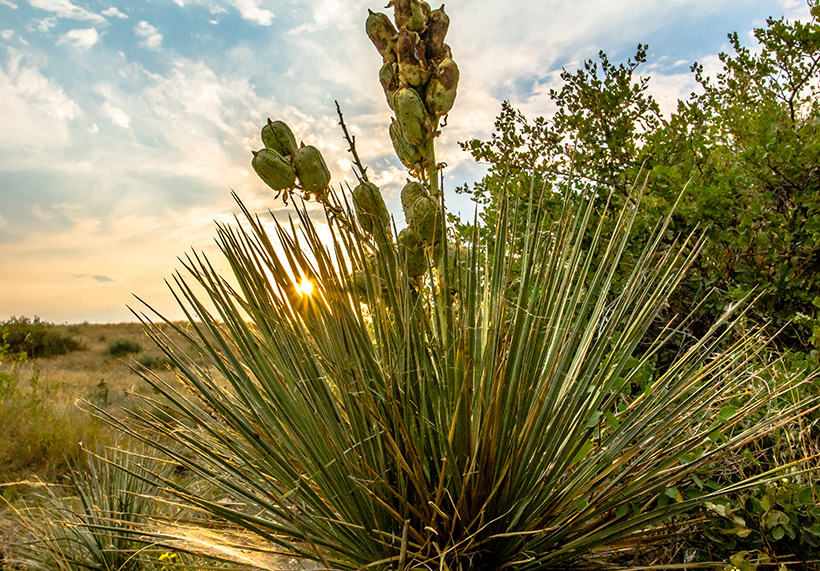 I checked the wind, dropped my pack and started my stalk. The buck had a few does with him, but I felt like I could slip around the backside and come within shooting range before the does fed toward the buck.

Cautiously, I eased the limbs back on my bow. When I come to full draw on an animal I seem to lose track of time and can never seem to remember the moment when I start pulling through the shot. The pin was settled in the crease behind the front shoulder and then I felt my hand pull away from my string as the arrow went through the air.

A few moments later I watched the antelope take a short 35-yard dash from the scene of the shot and come to rest near the sagebrush-filled hillside. I was instantly overcome with excitement. 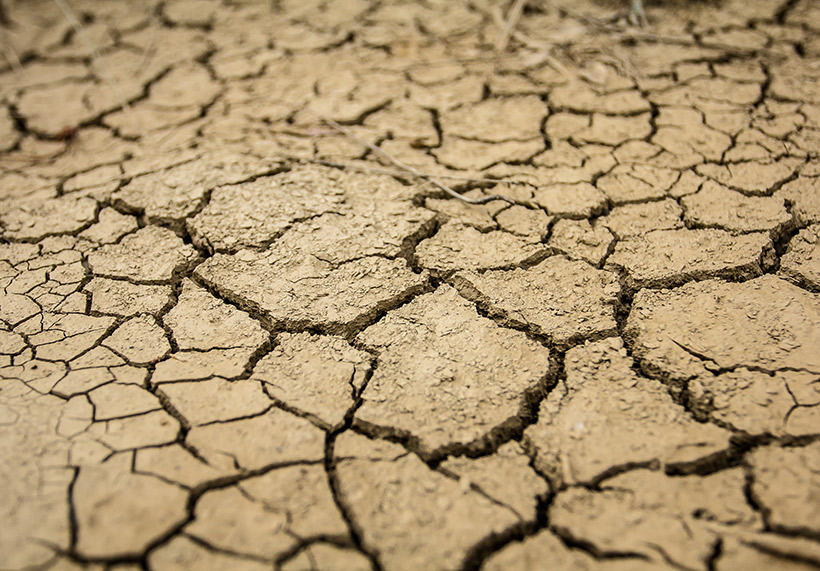 It ended as quickly as it began. My bowhunt didn’t even last 24 hours and I had one of my best bucks on the ground in front of me. It wasn’t even 7 a.m. yet as I walked back to Tim through the dry sagebrush with a large smile on my face. 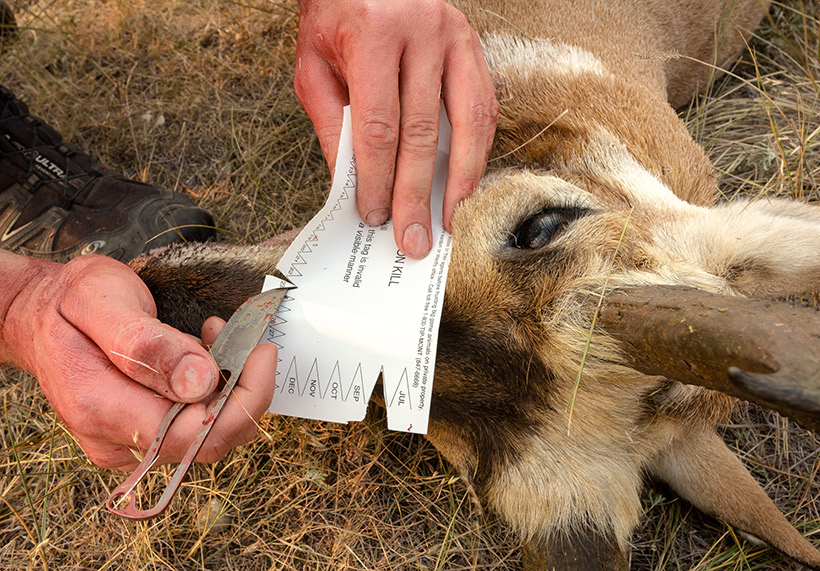 After discussing the stalk-and-shot with Tim, we gathered our packs and made our way toward the buck. A long photo session began as we both enjoyed the early morning success. 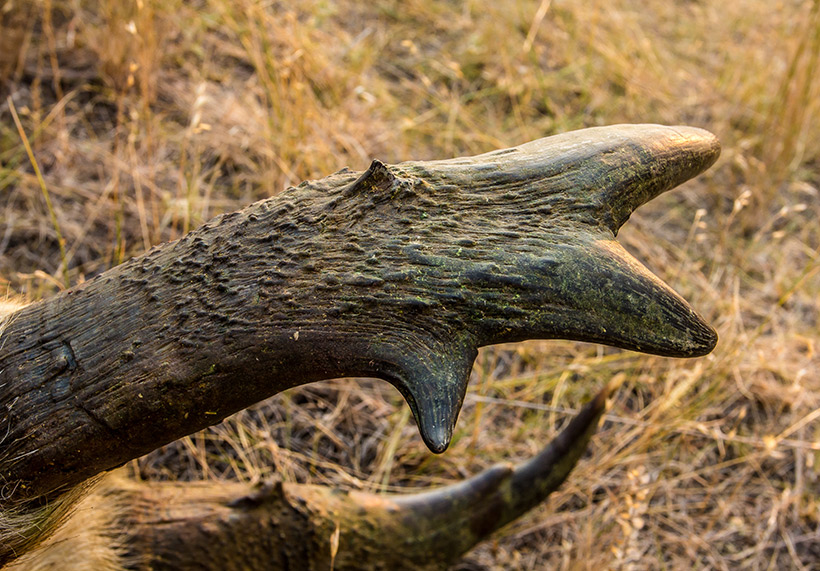 Having matching double front cutters on each side made this a unique buck. Neither of us have seen this type of character on bucks in this area before. It just goes to show that you never know what you will encounter on a bowhunt. 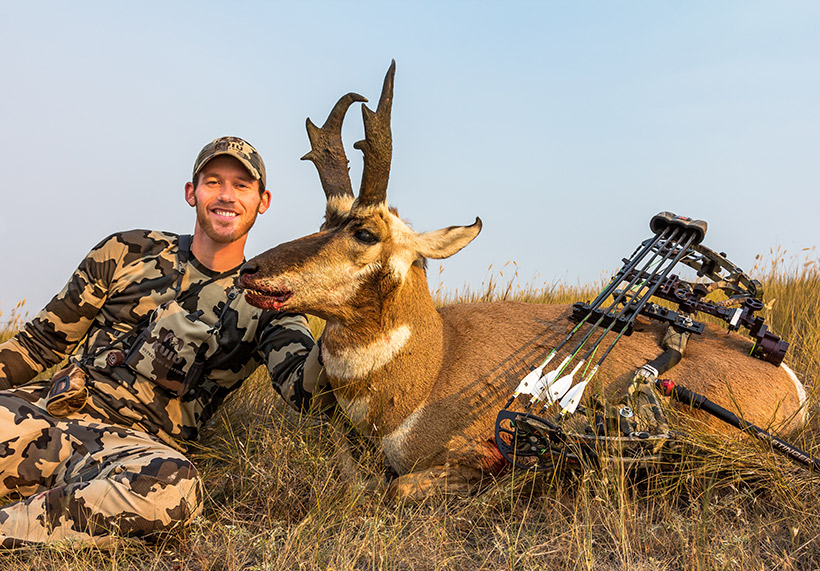 This buck is by far my most unique antelope sporting four prongs. To me this is what makes antelope hunting such a fun experience because every buck is different. 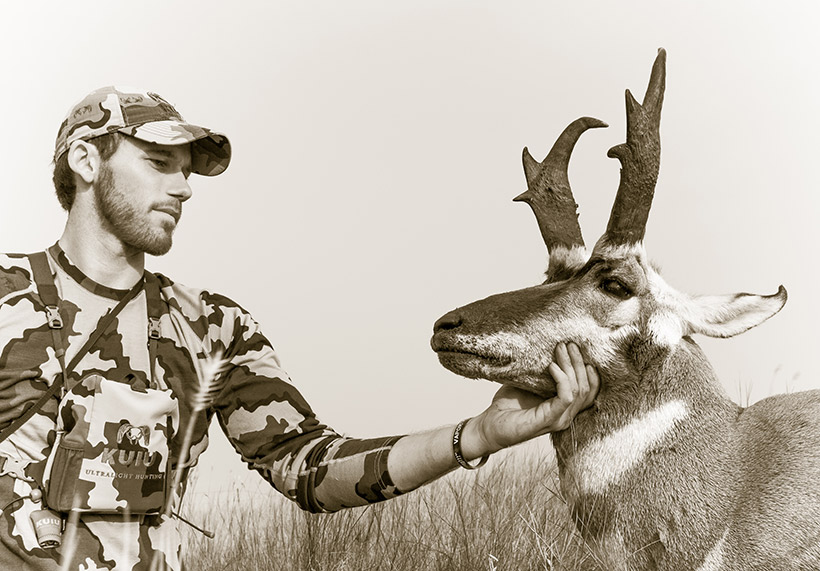 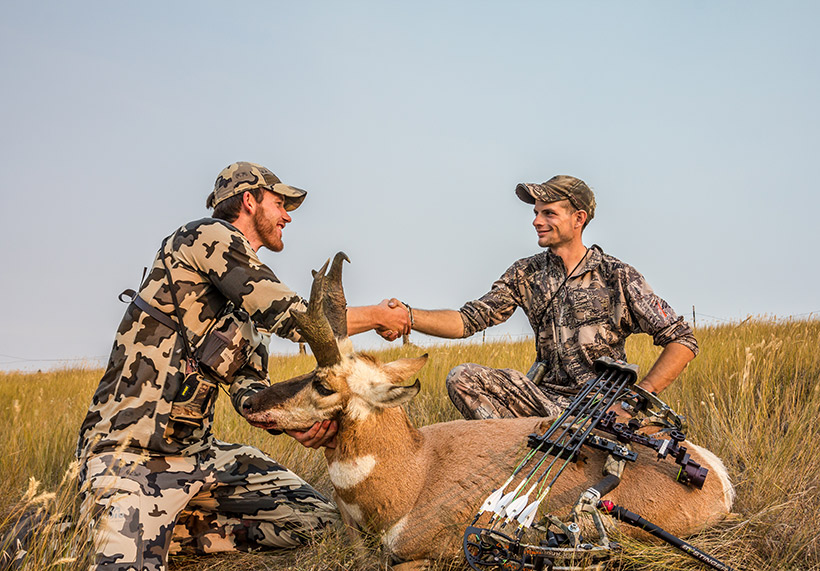 Sharing a hunt with friends is very important to me. Tim and I are very understanding when it comes to deciding who gets to go after which antelope. That is a very important quality when hunting with a friend. I am fortunate that he allowed me to go after this buck. He normally gets the stalks on unique bucks since I prefer bucks with large cutters and mass. We had no idea this buck had all these extras when we first glassed him up. 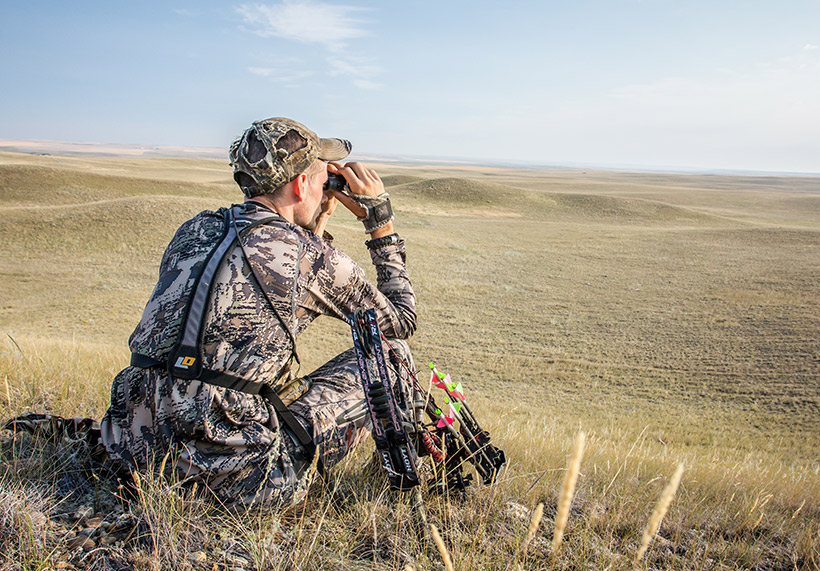 We worked hard the rest of the weekend to get Tim his buck, but it just didn’t work out. 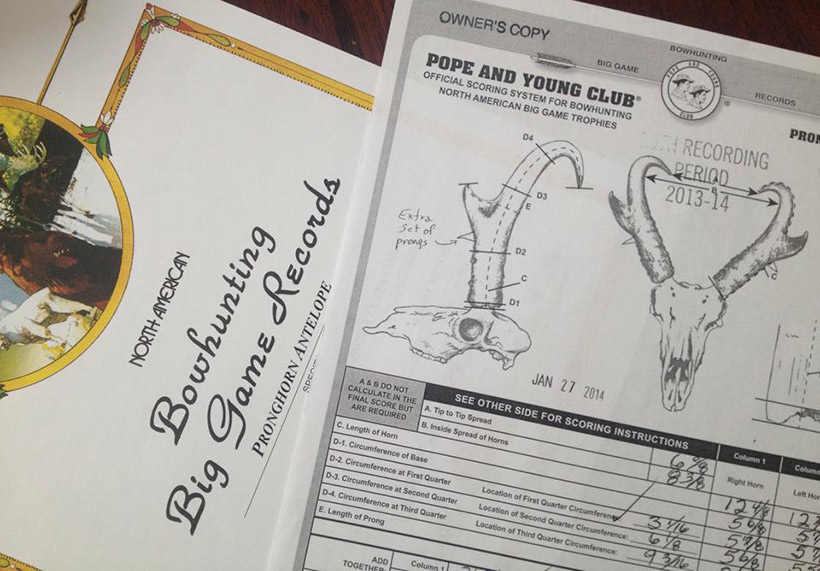 I thought it was pretty interesting to see that the official Pope and Young certificates had the two extra prongs drawn in. This will go down as one of the fastest hunts I have been on and also one of the most memorable. 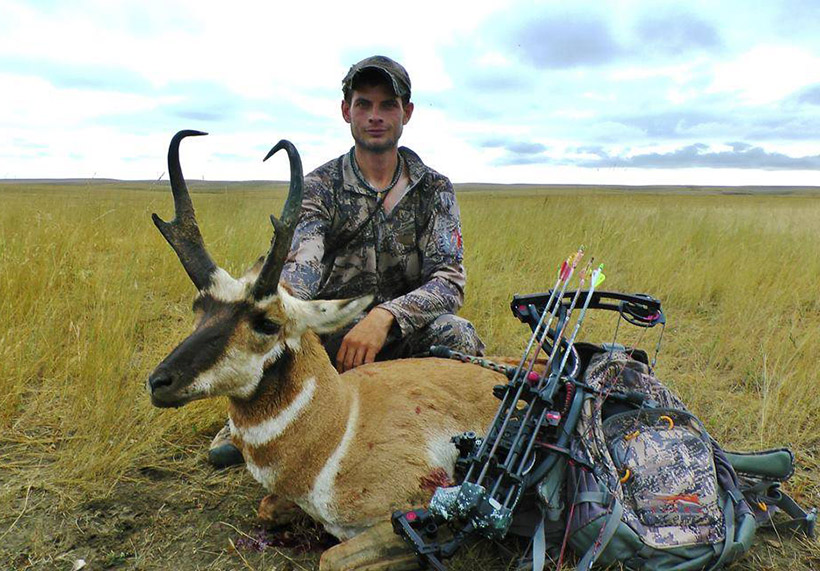 Tim was able to take this great antelope buck two weeks later which put a great ending on another Montana archery antelope season.