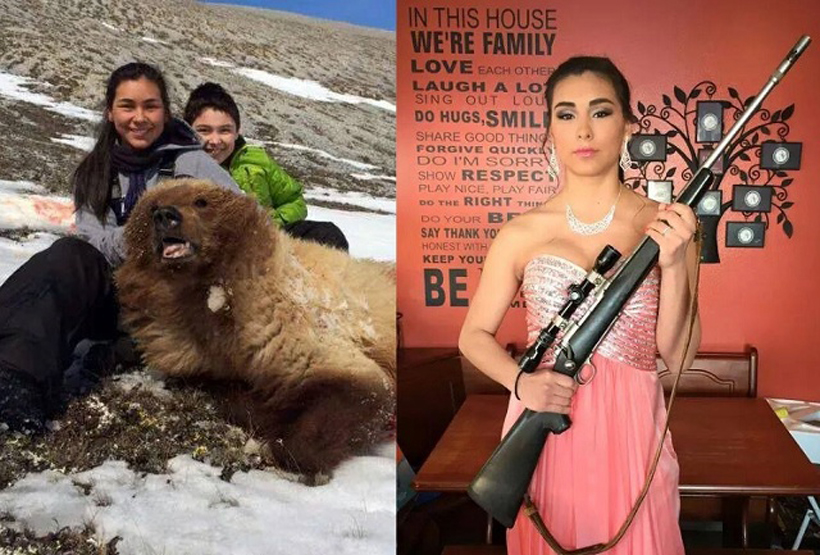 While most girls are busy getting their hair and makeup done in the afternoon leading up to prom, 15-year-old Cassidy Kramer was not. Instead, she was trekking the mountains that line the Noatak River in Alaska with her brother and father in search of grizzly bears.

“It’s important to go out and get bears in the springtime,” her father, Lance Kramer, told KTUU.com. “We always try to get a spring bear every year, this time of year.” Even with predation management, Lance says that moose populations are declining in Game Management Unit 23.

While the trio initially came upon sows with cubs, after traveling just 90 minutes further in search of fair game, Cassidy had her opportunity and managed to kill a boar grizzly as it was running up the side of the mountain. Once the bear was down, Cassidy and her father and brother skinned and dressed the bear, noticing that time was passing quickly and Cassidy still needed to get home in order to trade her hunting clothes for something a bit fancier for the night’s event: prom.

“We had to get back fast, because it was 5:40 and prom was at 8,” says Lance Kramer. “We got back at 7 and she went upstairs and took a quick shower and did her hair.”

Her mother, Corina, added, “I think it’s her first time wearing heels like that -- she’s a hunter girl.”

For Cassidy, shooting her first bear and attending her first prom will always be a memorable day. Eskimo custom dictates that she donate her first bear to someone in need of its meat and hide; Cassidy plans to give the bear to her grandmother.