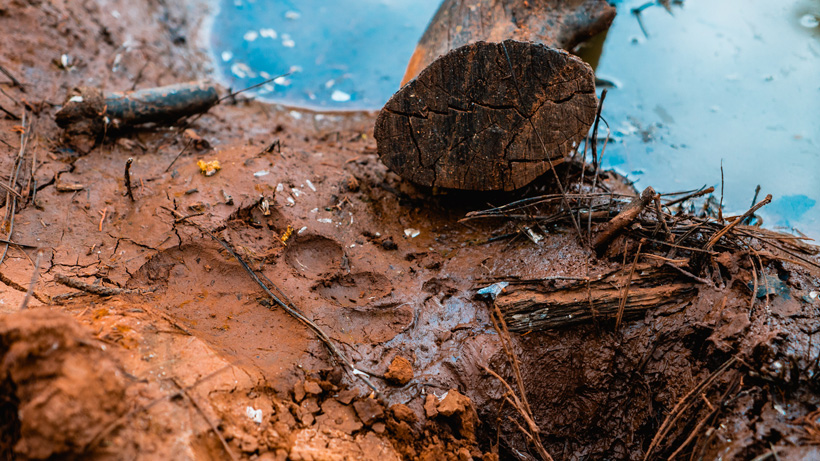 This is one of my favorite times of year right now. The planning phase where we’ve drawn tags, and, finally, have somewhat of an image of how fall will look. So, whatever you drew this year, first, let me say congratulations! You just got your ticket(s) to the fun house as I often call it. Even if the draws weren’t kind to you and over-the-counter (OTC) tags are your only option, these are still some great hunts that are jam-packed with adventure. Nonetheless, whether you drew a tag or are buying OTC, there is planning to do, especially for the blue collar do-it-yourself (DIY) hunter. This entails a whole lot and can even be overwhelming for the uninitiated. Learning the ins and outs of preparing for a DIY hunt like this takes time. Hopefully, after we dive into this, that time will be cut down a bit.

These days, we’ve really got it made. Having the technology that we do today really makes you have to give it up to the consistently successful hunters of the past. These souls were pushing the envelope and getting it done without the aid of things like mapping software. Yet, we are where we are and this stuff is gold for the modern hunter. Being able to essentially digitally scout right from the comfort of your home is a game changer. It doesn’t matter if you are hunting out-of-state or 30 minutes from the house, these tools make things much easier. A hunter can really show up to an area and have a damn good idea of how the terrain is laid out, where possible bedding and feeding areas are, water sources and, even, game trails. Now, let me be frank: Digital scouting is no replacement for actual boots on the ground scouting, but it sure helps if getting the boots dirty before season isn’t an option. These are a few things that I’ve found useful when checking out digital maps.

The distance feature is something that I personally use all of the time. This is where a hunter can measure out the distance between point A and point B. Mapping out a hike? Knowing how far the hike is can give someone a general idea of how long it will take them to complete it. Of course, the terrain is going to dictate that heavily, but it can give, like I said, a general idea. It’s a useful piece of knowledge for the planning phase. It’s also great for mapping out possible shots, especially if rifle hunting. Setting up a vantage one side of a canyon and knowing that the other side is 400 yards away is great intel. You can walk into that spot, knowing that if a shot opportunity presents itself, you’ll be able to capitalize. A hunter can use this same intel with a bow as well. It’ll give a good idea of how far of a stalk they’re looking at. Using satellite imagery and contour lines along the way can help paint an even sharper picture of possible camp spots, glassing points, etc.

Learn about the animal 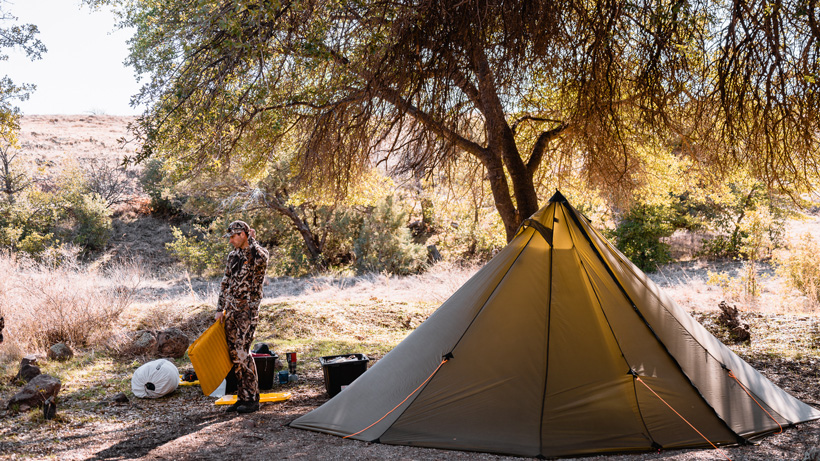 While in the realm of digital education, it’s always a great idea to spend time actually learning about the animal you’re about to set off after. This is something that I truly believe is largely overlooked. It’ll make a hunter that much more prepared when heading afield. Knowing stuff like what food bears like during certain times of the year for instance. You can find out a load of information on Google. Read about what they like, then go look up those food sources so you know what they look like. Also, where does said critter like to spend their time during said time of year? What elevation? Knowing this information can help cross off a whole lot of country on the map and help hone your efforts. Go the extra mile in knowledge.

We sure do love our gear. Every year, new stuff comes out and our undying urge to improve our systems takes over. Good gear is worth its weight in gold. Sometimes, we focus on this to a fault, though, and an unneeded stress is put afoot. While gear is absolutely a huge part of the planning phase here, it does not make up the whole thing. The three-year-old bow that you have is going to do just fine on the bull elk. To each their own, but your money would be better spent on more adventures. The reason that I’m bringing this up is because many folks out there seem to have a notion that making these hunts a reality is a pipe dream. And I’m here to tell you that they are absolutely attainable to the average Jill or Joe. Getting too wrapped up in gear can set someone back. Really awesome gear definitely makes life easier out there, but it doesn’t mean you can’t go and do these things with some lesser equipment like a heavier tent, entry level bow/rifle or cheaper camo.

Make sure you’re firing on all cylinders 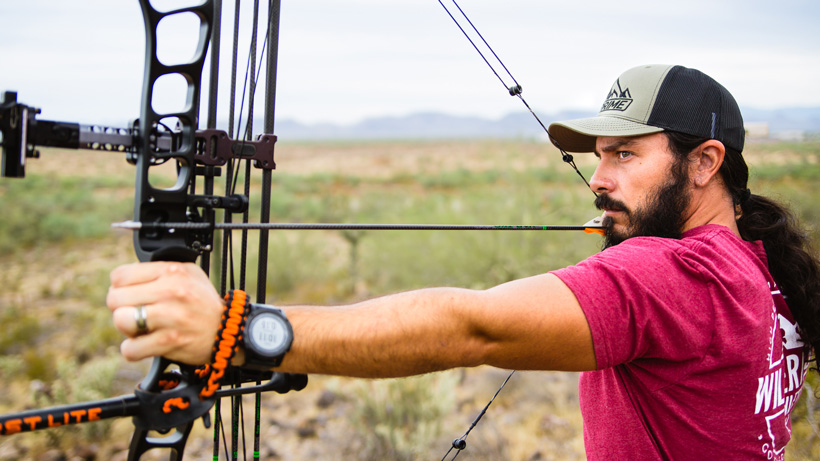 Aside from working out the logistics that encompass a DIY hunt, there are some other things to consider as well. Like making sure you’re firing on all cylinders. I’m talking about shooting and physical fitness. The physical fitness portion is mainly geared towards the western hunting side of things, but the shooting is a factor that stretches across the whole board. After going through all of the work of planning and researching beforehand to not make sure that you’ve got the shooting part dialed in is rather silly. While the whole adventure truly is the real trophy, that shot is literally the moment you’ve been working towards before season. Make it count because we only get so many opportunities. If you are, in fact, heading west for a hunt, I’d strongly consider paying attention to the physical side of things, too. You don’t need to be in the gym seven days a week at an hour a time. It is hugely beneficial, though, to care. Three to five days a week, hiking with a loaded pack is fine. If the gym is your thing, then jump on the treadmill or StairMaster and eventually add in the loaded pack. With the endeavor of hunting the rugged west and the hopes of coming out heavy, it pays to prepare for those things ahead of time. I’ll guarantee you won’t sit there and wish that you didn’t do so once out there.

Have a plan ahead of time 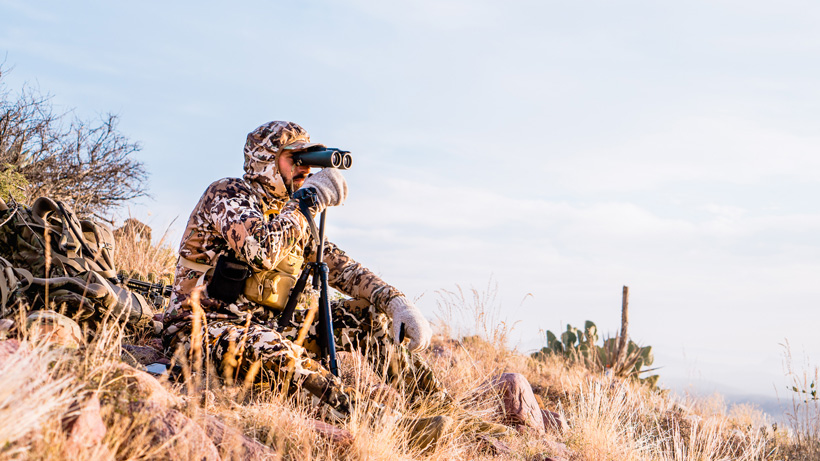 As I just said above, we should plan for the possibility of a notched tag. This doesn’t end with the packout. There are still some other things that need to be figured out. How do you plan on taking care of said meat after the fact, especially if you’re coming from out-of-state? Processing meat ourselves is becoming more and more popular, but it’s still not for everyone. Know where and what you plan on doing with your harvest before you’ve got something on the ground. We just keep a big cooler at the truck filled with ice. When something goes down, it goes in the cooler. If a cooler isn’t accessible right away, try to find a cool dark spot — maybe next to a creek on a north face or something — where you can hang the meat in game bags. Allowing the cool air to hit it will form a nice crust on the outside, which will protect the meat underneath it.

Lodging is another possible consideration. If you’re hunting right in your home state, then probably not so much. Heading out of state though might introduce the idea. I’m not just talking about getting a hotel. Knowing where campgrounds are or public land that you can just sleep in the truck at is valuable information should the drive be too long to do in one sitting. If a hotel is in the cards, then make sure to figure that cost into the trip ahead of time and know some locations of hotels where you might plan on staying. This will cut down on the figuring in the moment. 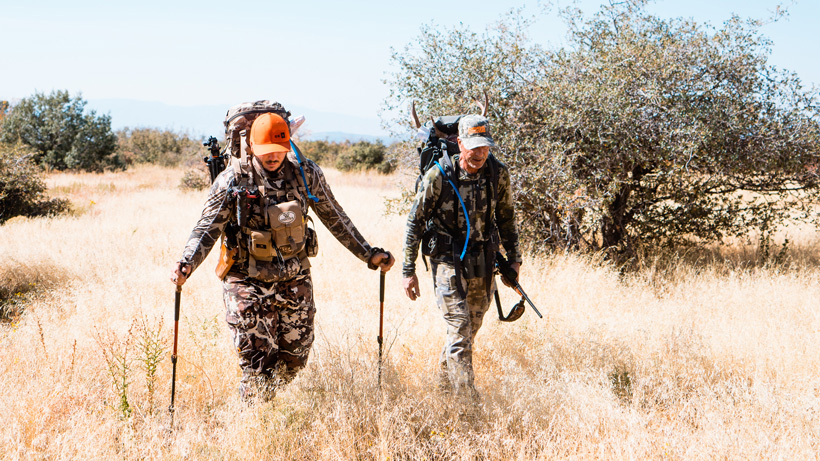 Whether it’s out-of-state or not, this will be the first year planning a DIY hunt for some folks. Looking at everything as a whole can be quite overwhelming and even cause you to pull the plug on the trip all together. Yes, there might be quite a bit to look at, but instead of looking at everything all together, look at these things one at a time. It’ll help you be more focused and efficient during this exciting planning process. By doing this and getting all of your ducks in a row now, you’re setting yourself up for a great trip in the future. And while we don’t have control of everything up until that moment of truth, there are some stars that we can align ourselves beforehand for a smoother overall hunt. Enough chit chat though. It’s that time of year. Time to make the most of it.

Some other DIY hunting articles you might find helpful: