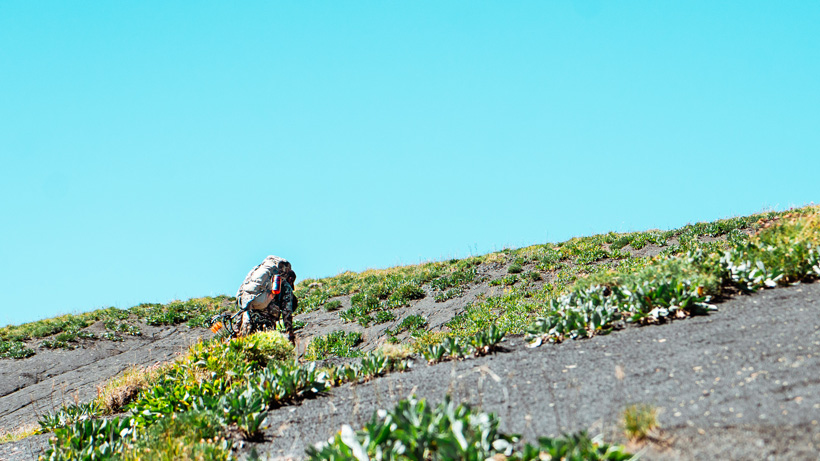 It was mid-January and I sent a buddy into a “secret spot” of mine for mule deer. The bucks would surely be rutting and I just knew he’d have a great time out there. In fact, I was there a few days prior and had a blast chasing these desert slugs around the hills with my bow. After spending a few days, he came back and said that he never did find a buck. I couldn’t believe what I was hearing. So, I went back out shortly after and was into bucks yet again. Then it hit me. This wasn’t the first time that I’d heard something like this from a friend. In fact, it’s a hurdle that more than a few new hunters deal with — the hurdle that is finding game is one that sends folks home more times than not. In order to effectively hunt these critters, we’ve got to be able to locate them. And, until that happens, it’s easy to sometimes feel like you’re continuously banging your head on the wall. Here are some common mistakes that keep folks from finding game year after year.

You can’t see what isn’t there 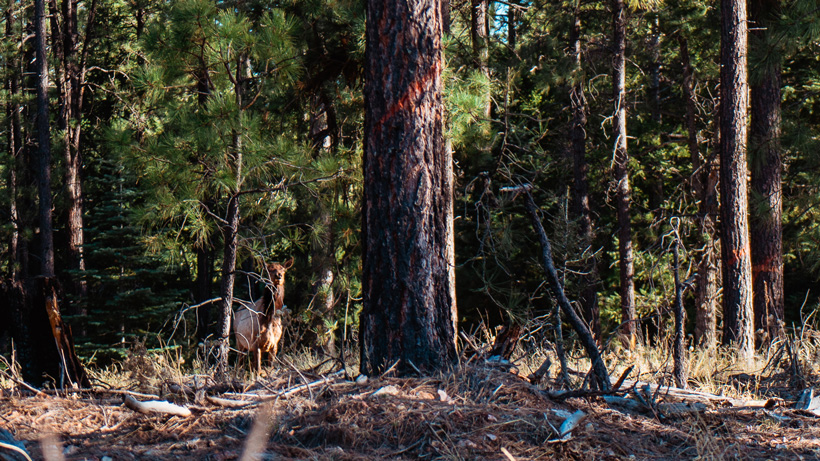 Plain and simple, if something isn’t there, you aren’t going to see it. Time and time again it seems that some hunters set up to glass based off of convenience, rather than based off of where animals should be during said time of day. Whether it’s off of a road or on an easy to access ridge, they’ll plop down and call it good. There is a method to the madness that is locating game, though, and it’s fairly straight forward. Take deer for instance. In the early mornings, deer will generally be out feeding on the sunny slopes. From there, they go to their beds, which gets them out of the sun for the day. So, what you need to do is be glassing the sunny slopes in the morning and then move to glass into the shade after that. Mindlessly glassing all over the place might turn up some deer here and there, but using the stencil of this proven strategy will leave you turning up more deer than before. The where is equally important as the what. 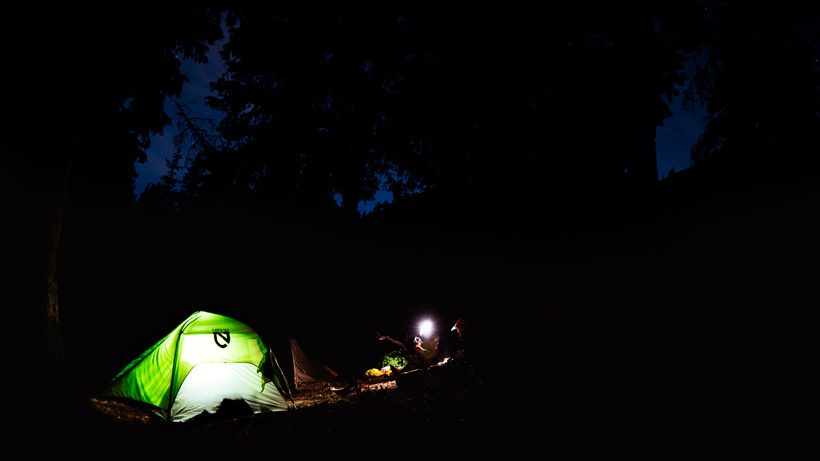 Another common setback that occurs across hunting camps in the West is the early morning/late afternoon routine. Most hunters are going to head out in the morning, head back to camp and then set back out again in the evening. This leaves a whole lot of time for animals to be out roaming around, switching beds, getting water, etc. Just because animals tend to be less active during middle of the day hours doesn’t mean that they cease to exist. They are still out there and if you aren’t looking, then you’re just not going to see them. So, pack a peanut butter and jelly, some water and plan to stay out all day. The more hours you’re in the field, the better chances you’ll have at filling that tag — not to mention that it’s pretty dang quiet out in the middle of the day with most hunters back at camp. Don’t think the animals don’t recognize that.

Years and years ago, someone told me, “If you want to be more successful out there, plan on walking an hour or more in the dark.” They were referring to arriving at a glassing spot before first light and leaving after the sun goes down. This is something that I honestly never did as a kid. We’d always arrive at spots 30 to 60 minutes after a person could see what they were doing out there. That 30 to 60 minutes I’m sure cost us a whole lot of opportunities. This is another one of those common, yet easy to fix, issues that keep folks from seeing what they’re after. Just this past year on an October Coues deer hunt, we got into our glassing spot in the dark, just like we wanted. By the time we could barely see, my brother spotted “the one.” A giant buck that we knew well. This deer bedded down right at first light. Had we been late to our spot, our chances of finding that deer would have gone right down the tubes. Whether it’s deer, bear or elk, pack a headlamp and be ready to use it. My brother ended up missing that deer, but that’s another story for another time. 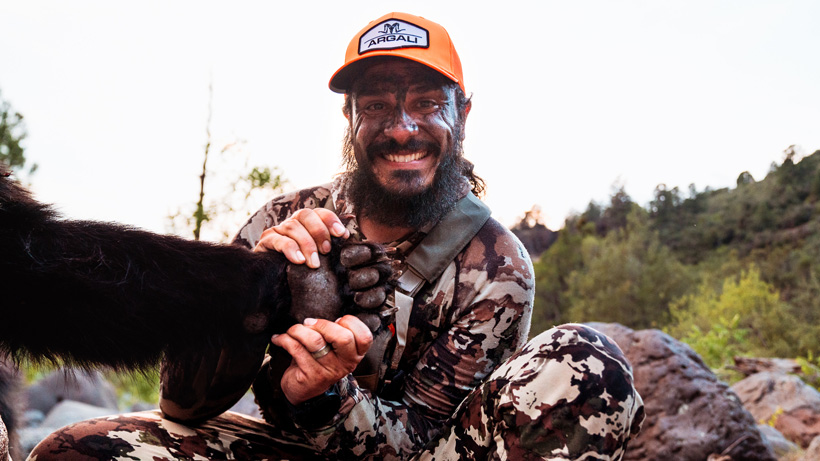 As a good friend of mine and I sat above one of my favorite bear spots, it was apparent that we weren’t alone. Hunters lined the ridges of this particular section in the canyon we were hunting. We could see little glimpses of headlamps shining in the distance. Then, there was another headlamp that was not where the others were. One walking down the bottom of the canyon monkeying up the whole spot. The hunter’s wind was carrying all down the canyon and we knew fairly well that our chances of seeing a bear that morning just sunk to zilch. Wind, the invisible enemy, is responsible for more blown opportunities than anything else. It’s tough to take something serious that you can’t even see. This is really one of those things, though, that is nonnegotiable. If you don’t have the wind, you don’t have anything. So, instead of working against it, work with it and plan your strategies accordingly. A little bottle of windicator will let you see that invisible enemy that is keeping you from seeing game. Carry it and use it often. We ended up heading into a completely different area of the canyon that didn’t have anyone walking around as well as a wind in our favor. What we found was a pleasant surprise. 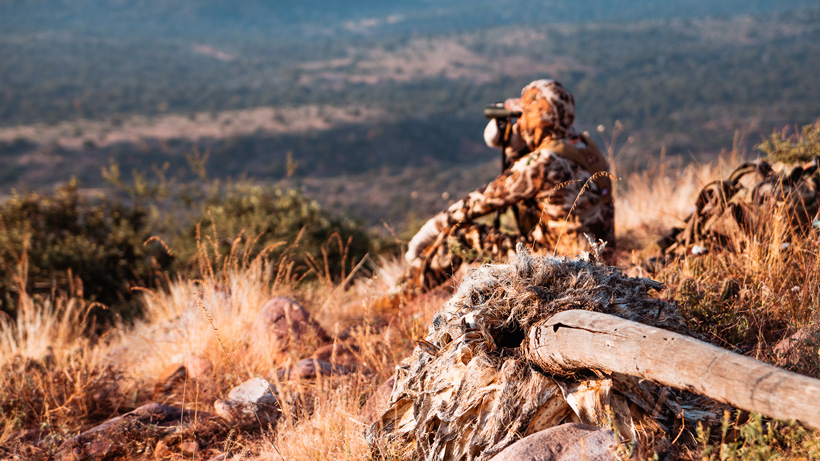 Later on, in that January hunt, I set a field with my buddy who didn’t see anything prior. For the next six days, we were into deer and into them thick. It was one of those trips that you wished would never end. Just good friends in killer country having a blast doing something that we both loved: bowhunting. I think at the end of the trip I had counted 11 bucks that we got him on. His intentions were good; he just wasn’t following a process before this point. There wasn’t a method to the madness. Finding animals out in the hills indeed involves a process. By knowing that process and sticking to it, there is no doubt that you’ll be turning up more game than before. Know where you’re looking, be relentless, do what it takes and pay attention to the wind. No arrows were fired on that trip, but again, that’s another story for another time.