Five things to do on scouting trips besides look for animals

Scouting season is just about in full swing! Before we know it, we’ll be heading afield with a loaded backpack, tag in our pocket and a full jar of enthusiasm. These scouting trips can be absolute game changers for when it comes time to hunt. There is only so much you can learn at a time, so the more time we can spend out there, the better off we are for our hunts. On the surface, scouting trips are seen as getting a look at critters. While that definitely holds a massive amount of value, there are other things to pay attention to as well — practical things that don’t involve seeing one animal at all. We need to get as much value as we can out of these scouting trips, so here are some other things to take note of besides seeing animals. 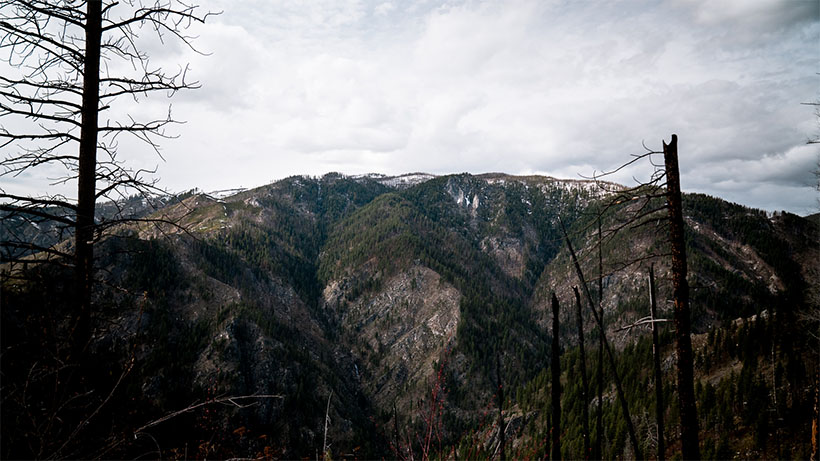 Knowing the lay of the land is huge. Much of this can be done via satellite imagery, but it doesn’t beat boots on the ground. You can only tell so much from these aerial views. Last year I was scouting a new area for an fall bear hunt. From the map, it looked like I’d have no problem getting down to a certain pool of water. Upon my arrival, it turned out that I was bluffed out even though the topo lines said otherwise. Had I just shown up on the day of the hunt, I would have been left with yet another thing to figure out — something that I could have avoided. By taking the time now to figure these things out, it’ll provide a better understanding of how to just simply get around a piece of country. From familiarizing yourself with topography to proofing road and trail conditions, knowing this stuff now will save time come opening day. Plus, it’ll lend you intel on how to approach animals for stalks based off of vegetation density, primary wind direction and, of course, topography.

Another thing to pay mind to is where the water is. It’s been dry all across the West this year, so water is gold. And it’s not just true for the animals, but for us as well. If you’re backpack hunting, knowing locations of water is crucial. Maybe it’s just because I’m a desert rat, but water is always something I’m marking on my maps before heading out. When it comes time to scout, I’ll go and make sure there is water actually there as well. With the drought we’ve been having, you can’t always trust what a map says. I’ve heard more than a few stories of hunters heading into areas blind and not being able to find water, forcing them to come out. Figure this out ahead of time to avoid such things. 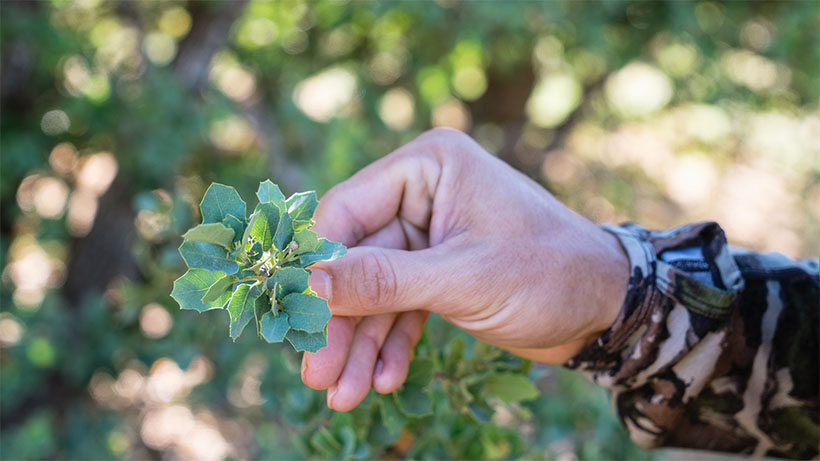 Feed is something that is severely overlooked on scouting trips. It’s pretty simple though. Critters need food. Find the right food in the right habitat and you’ll likely find the critters. I compare it to going to a nice restaurant. You’re gonna see other folks. Knowing the local flora that the deer are eating, for instance, will help narrow down areas to focus on during those feeding times. This beats the hell out of wandering around aimlessly. Wander with purpose instead. Note where the restaurants are and go there when it’s time to eat. By knowing the whereabouts of feeding areas, you’ll be able to better understand how the animals are utilizing the country. 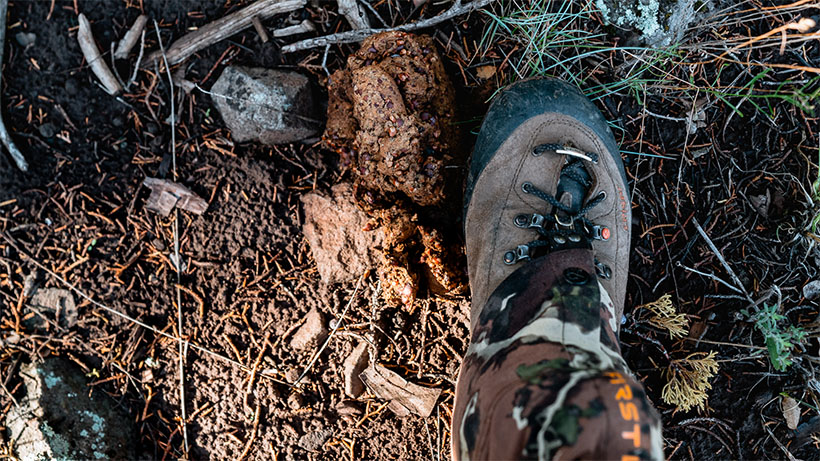 Yeah, I know. This sounds like a no brainer, but it’s worth mentioning. Animal sign is something that doesn’t seem to get a whole lot of attention. Laying eyes on critters is great. But finding their sign is the next best thing. It tells you that they were literally right there. By combining intel like tracks, scat, feed and bedding, you’ll have a story laid out in front of you. For instance, if we’re talking bears, you’ll be able to see what is actually in their scat. This will let a hunter know what food to look for and what to focus their glassing efforts on. For elk hunting in September, paying attention to where old rubs are before season will give you the edge on where bulls are likely to be during the rut. They may not be there now, but they will be. These are all pieces to a puzzle that will lead you to success.

Shortly before dark I saw him. The one I’d been dreaming about the last few years. A giant red bear that I had named Juggernaut. He stomped his way out into a meadow and began destroying various things in his path. Logs, tiny trees, etc. All I could do was sit there and watch the show. He was an hour away and there was 45 minutes of light left. 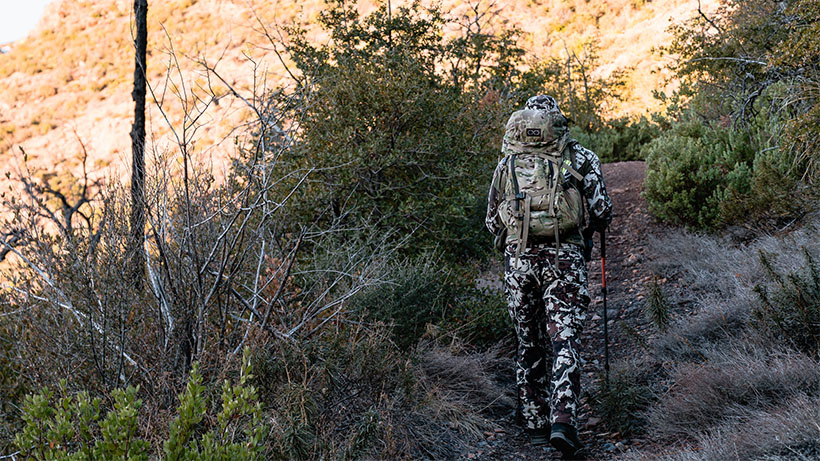 How many times have you heard someone say that or you said something similar yourself? Now, I’ll throw an even better question at you. Do you actually know how long it would take you to get over there? Most people that I’ve witnessed in similar situations really don’t. They’re guessing — and that’s fine — but it doesn’t aid you in crunch time. Often, they’re overestimating how long a hike will take. I’ve done it plenty of times and then been pleasantly surprised once I get over there. In order to help smooth that out, taking the time to actually time your hikes around this country will go a long way. Do this in segments from ridge to ridge say. Knowing that an animal is 25 minutes away and there is an hour of light left is massive. I’ll keep track on my watch to see how long it takes me to reach certain landmarks I’ve made mental notes of.

Keeping track of your time will also help you with being on time. If you know your glassing spot is an hour hike from camp, then you’re less likely to be late for the morning, especially during early season hunts when there is such a small window in the morning for good hunting. Take full advantage of that and be on time.

I’ve been there, putting all of my eggs into one basket on a campsite. Suddenly, upon my arrival, there is someone already there and suddenly I’m left scratching my head. Yes, locating animals is a big part of scouting, but it also pays to scout out, not one, but a few different potential campsites, too. No matter if you’re backpack hunting or setting up a truck camp, knowing this stuff ahead of time will save time come your hunt. 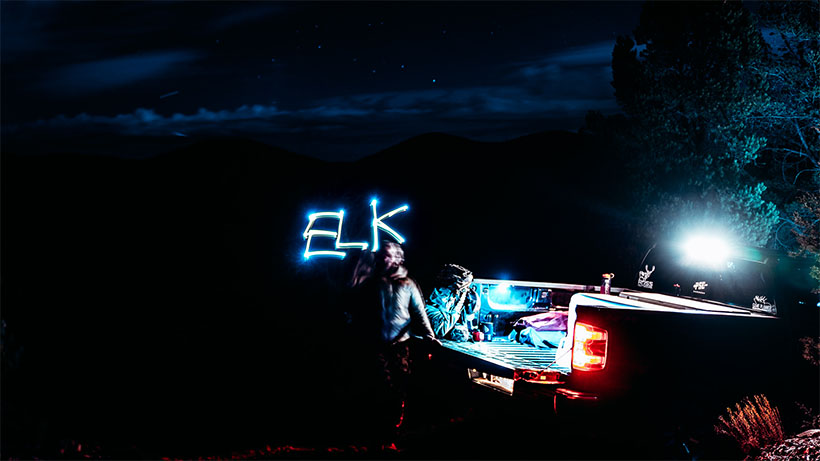 For potential truck camping spots, it’s fairly easy to see areas to pull off the side of the road via satellite imagery. Many times you can even pick up a visual of a fire ring from it. As I’m driving around, I’ll mark pins on my maps of where good camping spots are. In the case of backpack hunting though, it’s all about flat spots. Before boots on the ground scouting, I’ll notate a few different flat spots via my maps. Now, these need to be proofed as well if you can. Just because something is flat doesn’t mean you’ll necessarily be able to set up a shelter right there. It could be much denser in vegetation than you thought or be just jagged with rocks, which is another reason having multiple spots in mind pays off.

Time is money on these hunts. And the more time you can dedicate to hunting, the more likely you are to notch that tag. So, use your time wisely and make the absolute most out of your scouting trips. It’s easy to brush little things to the side like finding a camp spot, if water is indeed where a map says it is and how you will navigate through country. In the end, though, all of these things are potential time guzzlers. Finding animals is important, but there is more to a hunt than just that.