Are trail cameras the death of hunting? 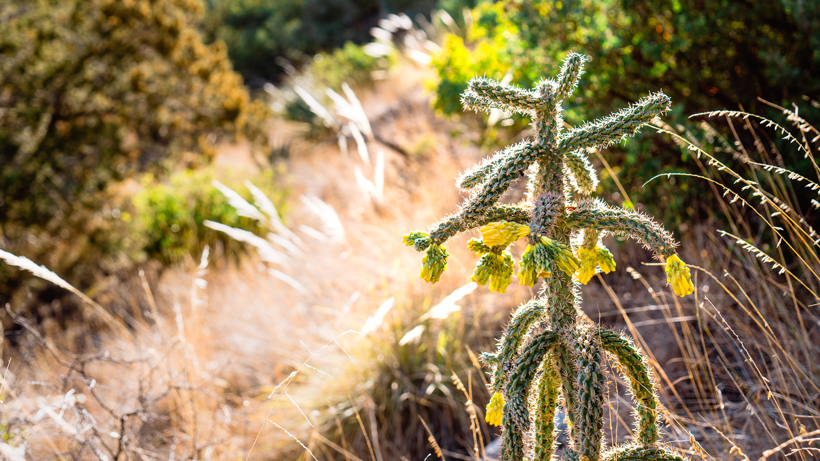 The cool air hit my face as a hint of mesquite filled my nostrils. Step by step, we moved painfully slowly up a desert wash not far from our fishing camp. As my dad and I negotiated our way through the cut, fresh hoof impressions in the dirt caught our attention: There were mule deer close by. I remember my pants being a bit too big for me, so it caused me to walk with my legs further apart than normal. This was to get rid of that “swish” sound that came from the pants rubbing together. Then there were the fluid slow movements my dad taught me to make. I dreaded whenever I had an itch on my face as it would take an awful amount of time to lift my hand for a scratch. We caught movement ahead. There they were. A group of mule deer does.

This is what scouting and hunting looked like for me as a kid. The thought of a trail camera was something that was more of a far-fetched fantasy than anything else. I didn’t even know they were a real thing until I saw a commercial. Nowadays, they are as common in hunting as bows and camouflage. Are they here for the better, though? Or are they watering down true hunting skills? 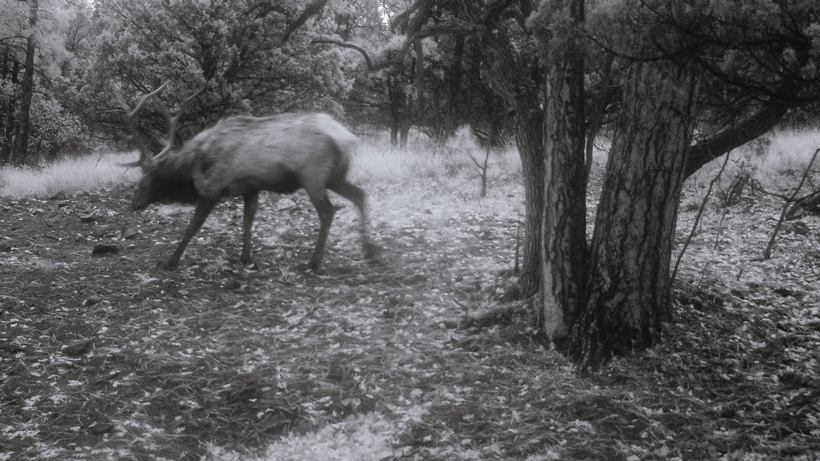 Before we dive into the deep end on the possible negative aspects of trail cameras, let’s take a look at the positives of them first. Trail cameras are a fantastic tool for monitoring animal movement when you aren’t in the hills. Having that camera out working overtime for you requires less of your physical time out there, which means that you’ll be intruding upon the area less, leaving less scent and putting less pressure on the critters. This can be huge for patterning animals in their natural routine.

Trail cameras are also great for “managing” animals. Whether you are leasing out a property for whitetails or getting ready for September elk season, you’ll know what’s walking around and if it’s worth holding out for that big buck that popped up on the cam. We don’t know what we don’t see. In this regard, trail cams might just keep folks from pulling the trigger on the first deer that walks by, thus adding to the duration of a hunt. 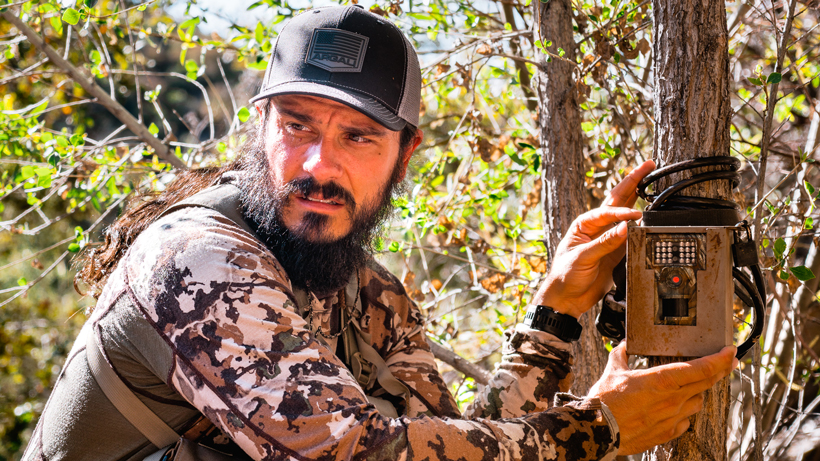 Another positive to trail cams is, let’s just be honest here, it’s fun. Checking a trail camera after leaving it out for an extended period is reminiscent of Christmas morning. You just never know what is going to be on the camera and the excitement of all of that is enough for me, personally, to throw a few up each year — hunting aside.

We learn by doing 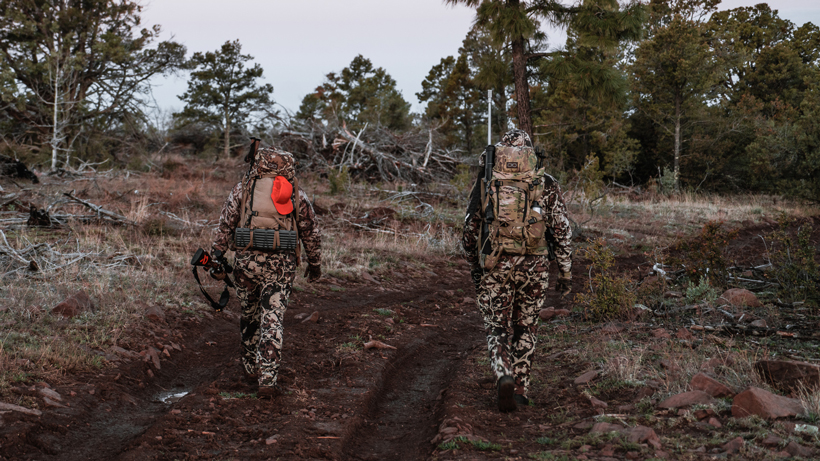 One of the positives that I mentioned above also translates into a downfall. The bit about less time in the field is what I’m referring to. We learn by doing things. Experience is the best teacher out there. And if we’re putting a good chunk of our hunting faith into trail cameras, we are, in turn, not exercising our abilities as a hunter. Sitting back and waiting for a camera to take photos doesn’t teach you about things like reading animal sign or how to stalk and play the wind. These are hunting skills. It doesn’t teach someone the difference between a new track and an old track. Or what feed the animals are on at the time. The cameras merely say, “That bear was here around 5 a.m. the past four of five days.” For some, that’s enough. But if a person really wants to learn how to hunt, the best classroom is the mountains, not the computer. Boots on the ground is king.

If we’re talking about running trail cameras, it’s only fair to ask if doing so is unfair. Does it walk an unbalanced line between fair chase and putting the animals at a disadvantage? Trail cameras are essentially a buddy out there, keeping eyes on things when you aren’t. Folks don’t mention anything being wrong with that, though, it seems. Granted, to mimic a trail camera, your friend would have to be living on a hill in order to keep up with how much work the camera is doing. Looking at them like a buddy, I don’t personally believe that they are unfair. Of course, that also depends on what kind of camera we’re talking about... 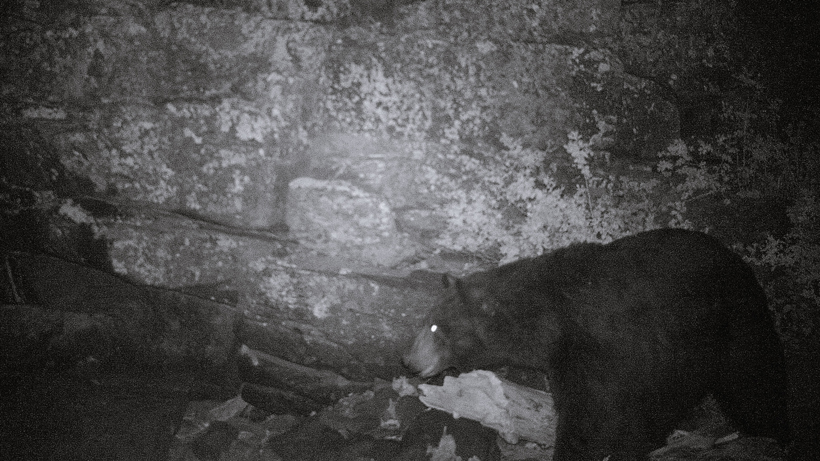 Cellular trail cameras are fairly new to the hunting market and are growing in popularity. Imagine just sitting there on the couch getting notifications via phone of when that giant bull is in front of your camera. That’s the cellular trail camera life. These are a great tool for hunters going out of state. Make sure these are legal where you are heading first. We are all strapped for time, so knowing that spot A is producing more than spot B is just going to make our time used more wisely. However, I do feel that this is giving hunters an unfair advantage, particularly with folks hunting very close to home or even when in the same general area hunting a different spot. Getting a notification that a big buck is in a certain area at that very moment could allow a hunter to jaunt over there quickly and take advantage of the situation. Whereas if they didn’t know, they’d continue on with their business of where they were.

Are trail cameras taking away from the experience? 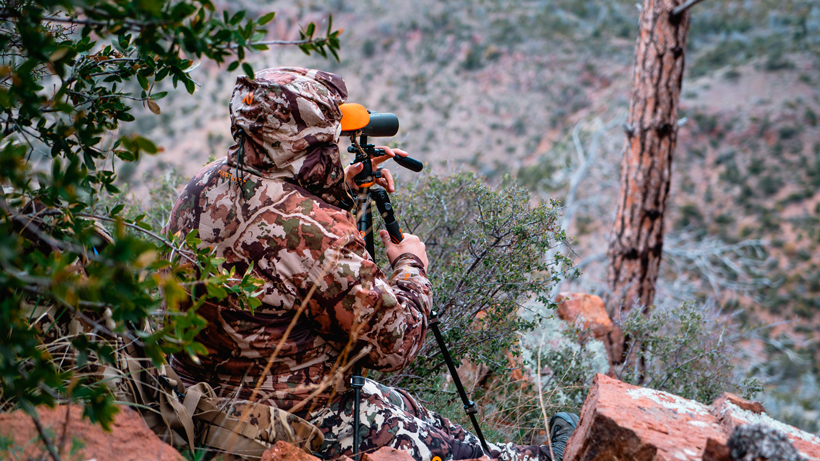 We put a lot of trust in technology. People learn how to do things just from watching YouTube videos as opposed to going and figuring something out on their own. It is the information age we are in. There is value in getting dirty, though. Above, I mentioned how experience was the best teacher ever. Well, so is failure, but we are naturally afraid to fail. This fear keeps people from actually going and doing things. Like weighing the options of sitting a waterhole based off of camera pictures versus on the ground hunting knowledge. As if you would waste time getting out in the field on that water just based off of animal sign versus photos. Hunting is a roll of the dice and making things perfect is rarely in the cards. You will fail absolutely, which is all part of the experience. These are the lessons that shape us into the hunters we are and what we’ll become. Then again, trail cameras might not offer the experience I’m talking about above, but they do offer an experience. Just a different one.

Once we saw those mule deer in that desert wash, we just stopped and watched. There wasn’t a weapon in our hand, just our curiosity. That was the driving factor. A drive to learn about the animals in the area by way of sweat equity. These little walks were always something that I looked forward to as a kid and I still do to this day as a grown man. 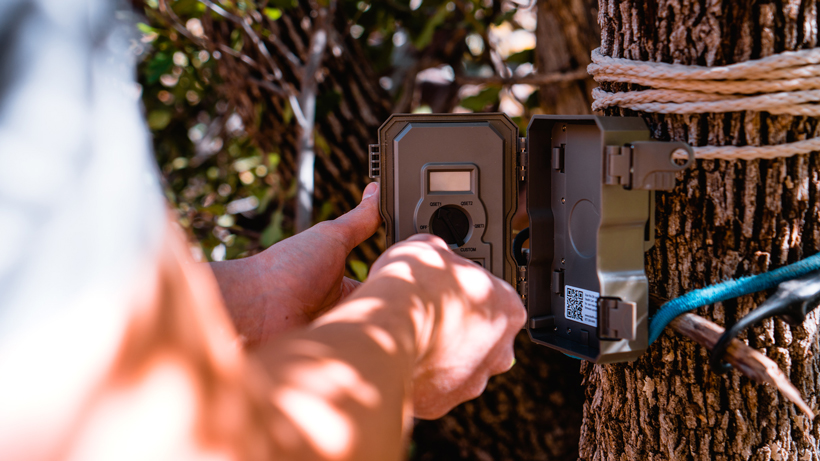 In the end, and in the right hands, trail cameras are fantastic learning tools. They add to the ever-evolving toolbox of the modern hunter. I certainly get a kick out of running trail cameras. Like I said, it’s just plain fun to do so. However, there are many other tools that should be in that toolbox — ones that shouldn’t be ignored if you ask me. Glassing, stalking, reading animal sign and animal behavior are just a few. Take stock and invest in your hunting knowledge. A person can only tell and learn so much from an SD card.