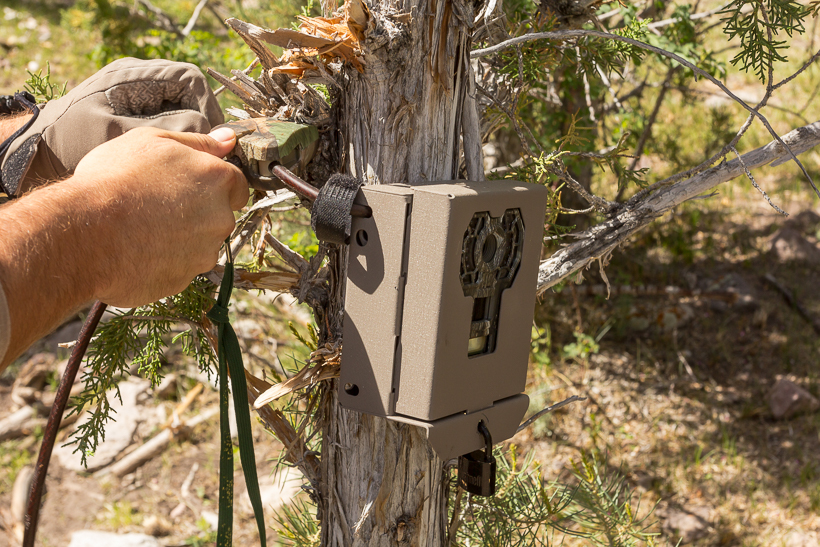 1. In June, set up your trail cameras.
Avoid white flash cameras, since most game become nocturnal during hot summer days. Earlier starts mean that your animal — whether deer, elk or antelope — will be used to these additions to their landscape instead of getting spooked when they appear. You will also have more time to pattern and hone in on likely bucks for the fall.

2. Learn the lay of the land.
Google Earth and hunter map programs are essential to plan out your scouting trips. Drew a tag for a competitive location? Reach out to past hunters for their take on the unit’s terrain and game patterning. Digital scouting can also pay off via message boards and hunter forums. 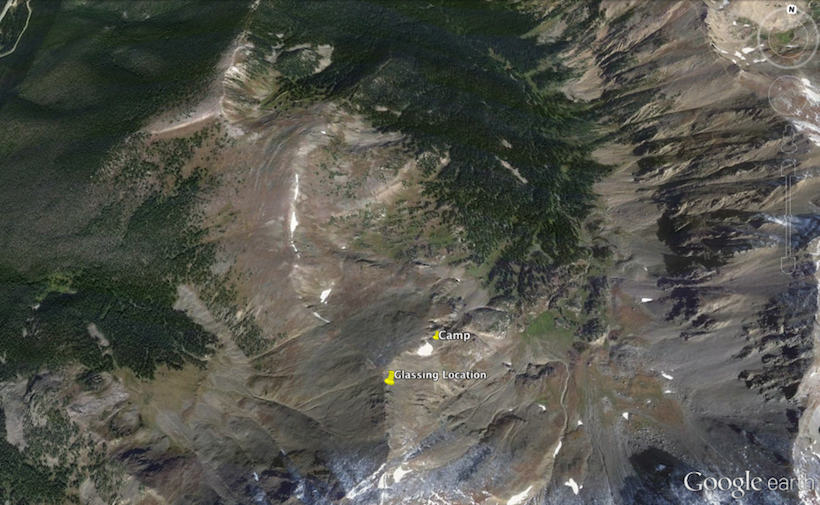 Google Earth is a very powerful tool. Not only can you scout from the comfort of your home, but you can also enter all of your important waypoints like camp locations, water sources, elk wallows, etc.

AVOID: Leaving your mark. Tread lightly even when summer scouting. That old buck did not get to be his age without being wary of even small changes. Walk to water sources with the wind in your face, not at your back. Minimize your scent traces by packing out all food and leaving the area as natural as possible.

3. Pick the right time for the right tasks.
The first and last hour of daylight are the best time to glass in hot summer months. Use the middle of the day to find sign and learn new country; you are less likely to disturb game patterns when they’re resting through the heat. Midday is also a smart time to set up new trail cameras and investigate water sources. 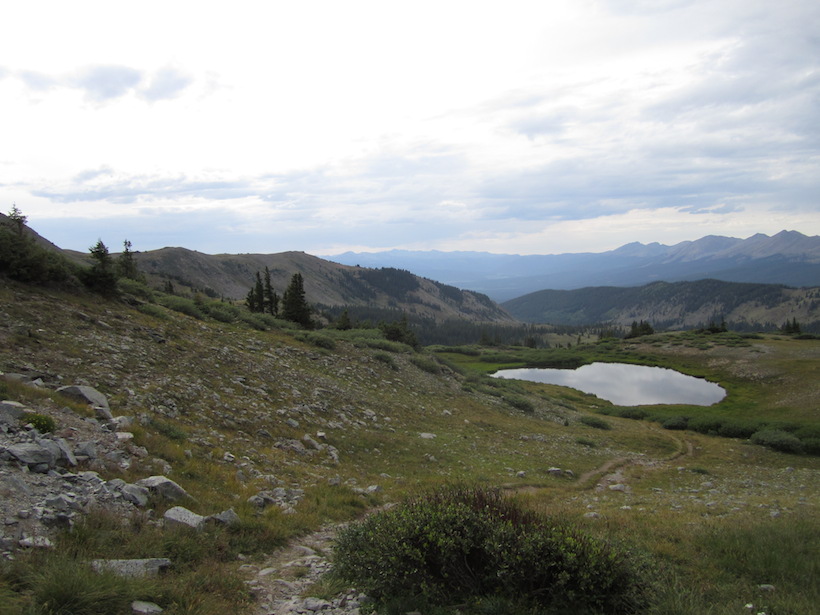 Extend your glassing sessions in the evenings and arrive early to glass in the mornings to increase your odds at finding more bucks.
Photo Credit: goHUNT

AVOID: Construction projects. Hunting season and hammers don’t mix. If you set up your blind or treestand the first day of hunting season you’ll likely disrupt all the patterning you have learned. Instead, set up days or weeks in advance (if possible).

4. Look down whenever possible.
Glass up terrain as well as game from a point that gives you a good overview of the area. The summer coats of animals will be easy to spot against the summer greenery. Be aware of how rolling heat waves can affect your view.

AVOID: Exclusively relying on summer patterns. If you’re in a rut hunt, find the does about two weeks before the season starts. That is where the bucks will be sniffing around. However, your July scouting missions won’t help in November’s rifle season. Knowing migratory patterns and water sources at the right altitudes will help you adapt as bucks strike out on their own after they become hard horned. That stream at 12,000 feet in Colorado is not going to help you in October, but the one at lower elevation is likely to still be populated.

5. Be guided by antlers.
By the third week of July, most bucks’ antlers will still be in velvet but have good growth. Now is the time to start looking for those trophy deer or elk you will want to track. Shed antler hunting in the spring or early summer can also indicate a particular buck’s post season habits and projected antler size. If you are lucky enough to find shed antlers from multiple seasons, it is likely the same buck will return there this year. Keep in mind that finding a shed antler in the spring does not mean that the buck will be in the same area during the fall. 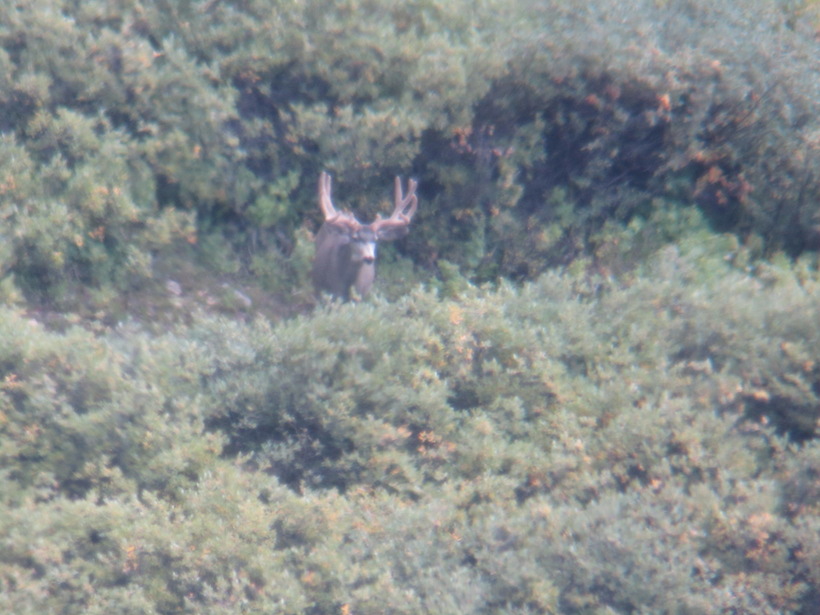 Late July is the perfect time to glass for a potential shooter buck.
Photo Credit: goHUNT

6. Take pictures and the right tools for the job.
Digiscoping, video and still shots of prospective game are invaluable, particularly to accurately remember that promising buck. Bring in small posts to set up trail cameras in open areas, your binoculars and optics for glassing, and plenty of water to avoid dehydration as temperatures rise. 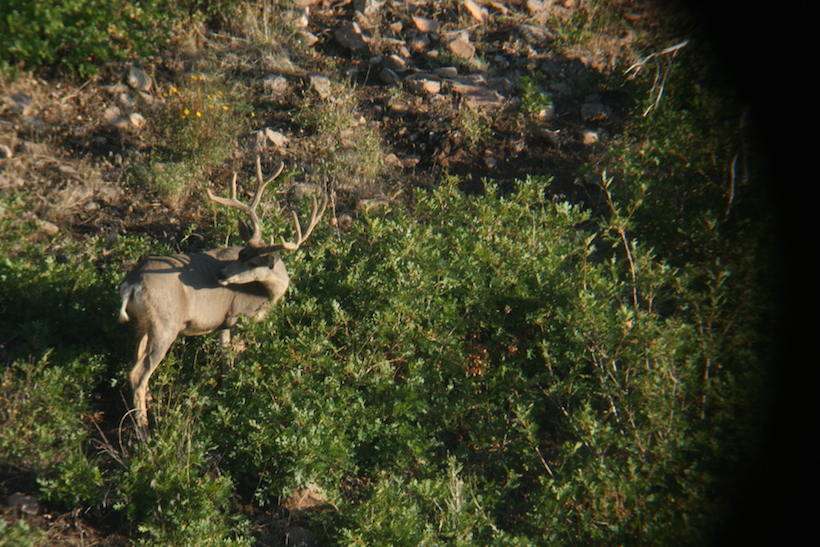 Still shots allow you to track a buck through the summer as his horn grown matures.
Photo Credit: goHUNT

7. Know the MVDs (Most Valuable Days) to scout.
These scouting days are right before your hunt. Make the most of the two, three, four days before your hunt starts to find out what those deer, elk, antelope or sheep are doing right now. If you roll in the night before, your first days will be spent scouting with weapon in hand instead of locating that animal you have been dreaming of.