The importance of firearm safety when hunting 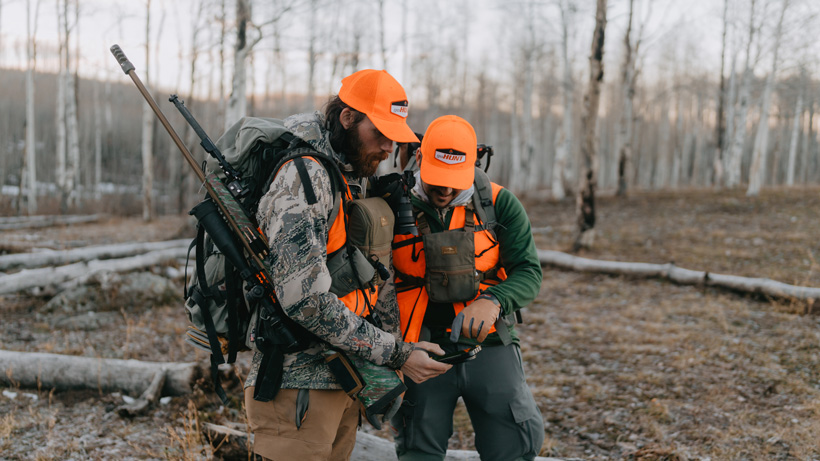 The latest firearm incident in Nevada is a stark reminder of the importance of firearm safety and responsible gun handling. The Nevada Department of Wildlife reports, "a friend of the victim was attempting to place his weapon into a plastic gun case attached to a side-by-side OHV when the rifle accidentally fired, hitting the victim in the chest."

As we head into late season rifle hunts it’s imperative that we revisit the rules of firearm safety, no matter how long you have been hunting. A firearm accident can happen so quickly with tragic results, please take five minutes and read these rules so that you ensure you will return safely with good memories and meat for the freezer.

Treat every gun as if it’s loaded

This is the most simple, yet important rule of gun safety. Never assume a gun is unloaded, even if you personally are handling your own firearm. People forget or get excited in the moment and an accident can happen quickly to anyone. Always assume the gun is loaded and treat it as such. If you always assume the gun is loaded and follow the other rules outlined below, the chances of having a gun accidentally fired are almost non-existent.

Always point the muzzle in a safe direction

This is one of the most basic gun safety rules. If every hunter handled a firearm carefully and never pointed the muzzle at something they didn’t intend to shoot, there would be almost no firearms accidents. Never point your gun at anything you do not intend to shoot. This is critical when loading or unloading a gun. A safe direction means a direction in which a bullet cannot possibly strike anyone, even if it were to ricochet. The safe direction is typically down, but never at anyone or anything not intended as a target. Make it a habit to know exactly where the barrel of your gun is pointing at all times, even when laying the rifle down or setting it up on a bipod. Make certain that you are in control of the direction in which the muzzle is pointing, even if you were to fall or stumble.

Be sure the barrel and action are clear of obstructions

Before you load your firearm, open the action and be certain that no ammunition is in the chamber or magazine. Be sure the barrel is clear of any obstruction. Hunting can take you to some wild places and even a small bit of mud, snow, ice or debris can cause the barrel to bulge or even burst on firing. This can cause major injury to the shooter and bystanders. You should make a habit to clean the bore and check for obstructions. A barrel topper, cover, or even a piece of duct or electrical tape can help keep your barrel and action clear when hunting, but even still those are not a replacement for checking to ensure the barrel is clear of obstruction.

Make certain you are using the proper ammunition for your rifle. You can avoid an accident by paying close attention to each cartridge you insert into your firearm. Never use damaged ammunition, it’s simply not worth the risk to you, your hunting party and to your rifle.

Be sure of your target, including what is in front of it and beyond it

Be sure of the target and what is in front of it and beyond it. Most states issue more rifle permits than other weapon/seasons and there are typically more hunters in the field during this time of year. It’s always our responsibility to take the time to observe and ensure that there are no other animals or hunters in front of or beyond our intended target. Take the time to clear the path of the bullet before you shoot. Be aware that hunter orange requirements differ across the western states, as such, thoroughly search the path of the shot and beyond before you point the gun in the direction of your target. Please make sure you have a safe backstop so that the bullet cannot hit an unintended target. If you cannot see what lies beyond the target, do not take the shot. Never take a shot on an animal that is skylined, a bullet can travel several miles.

After a bullet is fired you cannot take a shot back, be absolutely sure of what your bullet is going to strike. One of the leading causes for firearm accidents in hunting is caused by hunters that mistake a person for an animal or are unaware of another person being in front of or beyond the intended target. Do not fire at noises or movement. No trophy is so important that you cannot take the time before you pull the trigger to be absolutely certain of your target and where your shot will stop.

A safe direction is a direction where the bullet cannot possibly strike anyone. Also, take into account possible ricochets and the fact that a bullet can penetrate walls, ceilings, or a vehicle. Make it a habit to know exactly where the muzzle of your gun is pointing at all times. This is particularly important when loading or unloading a firearm. Your rifle magazine should only be loaded when you are in the field. Unload your gun as soon as you are finished. A loaded gun has no place in a vehicle or building. Always unload your gun immediately when you have finished shooting. We have all likely experienced the excitement after you have taken a shot at an animal, it can be a frantic and intense moment. Make sure that after the shot the gun remains pointing in a safe location and that it’s properly unloaded and safe.

When you pick up a firearm, hold your finger outside the trigger guard. Keep your finger outside the guard until you have cleared the path of the bullet and you intend to shoot. Treat every gun as if it could be fired at any time. Your rifle’s safety mechanism is a mechanical device and should never be considered as full proof. You should never handle a gun carelessly or assume that the gun won’t fire just because the safety is on. Once again, do NOT touch the trigger on a firearm until you actually intend to shoot. Also, be sure to keep your fingers and any loose items of clothing or gear away from the trigger while loading or unloading. A blow or jar strong enough to actuate the firing mechanism of a gun could cause it to fire. This can happen even if the trigger is not touched, such as when a gun is dropped. Never rest a loaded gun against any object because there is always the possibility that it will be jarred or slide from its position and fall with sufficient force to discharge. When carrying your gun, make sure there is not a bullet loaded in the chamber to eliminate the possibility of a gun being fired from a fall or if the gun is dropped.

When climbing a fence, jumping a ditch, crossing a stream or navigating difficult terrain with a loaded gun

When you are with others, pay attention to what everyone is doing. Ask questions to be sure everyone in your party understands gun safety rules.

It may feel somewhat awkward to be the range warden and have gun safety discussions with your buddies before heading out on a hunt, but a quick conversation with the rest of your hunting party could ward off catastrophe. Before you all step out of the vehicle or out of your tent, it’s worth having a quick briefing about each of your plans and what is expected. If you see unsafe practices, call them out and let them know what is expected and how to properly handle a gun safely. Be aware of the others in your hunting party and be a leader in promoting and practicing gun safety.