Selecting the correct rifle cartridge for your needs 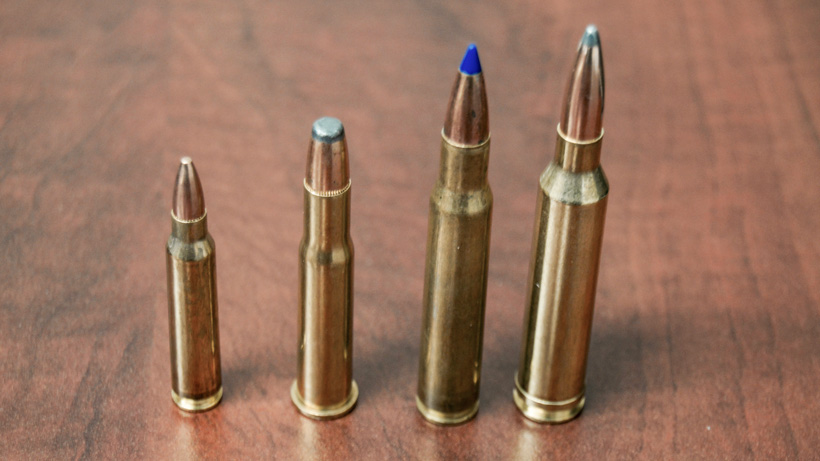 Choosing a rifle can be a daunting task. Not only do you have to find a rifle that fits you and is comfortable to shoot, but you also have to then choose the right chambering of that rifle for the specific round you want to shoot. A variety of different factors play into that decision: what size game will you be hunting? What range will you be shooting? Do you want a chambering with a lot of available ammunition? What about recoil?

With so many factors influencing your rifle cartridge selection, it is important to understand the minute details of each that will affect your choice.

Before we begin, I feel it necessary to make a disclaimer up front. I am not promoting one specific cartridge as the "best all-around" cartridge. I have seen way too many internet comment threads that dissolved into complete insanity and childish name-calling as a result of someone choosing a rifle cartridge that someone else was not a fan of.

Instead, this article will seek to give you the information on which to base your own decision.

There are three words that you need to know before we go any further: caliber, casing, and cartridge. 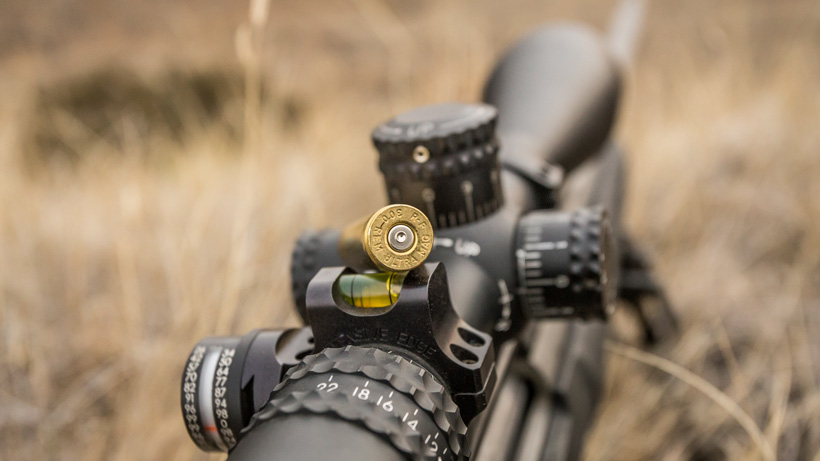 This refers to the diameter of the projectile being fired (e.g., the bullet). Bullets come in all kinds of different sizes, but the two most common measurements are inches and millimeters. Here are some examples: a bullet from a .243 is a .24 caliber bullet because it is .24 inches in diameter. A 7mm-08 is a 7mm caliber bullet because the bullet is 7mm in diameter. Make sense? If multiple chamberings have the same caliber, then the bullet diameter is the same for all of them. The bullet diameter is the same for .30-06, .30-30, .300 Winchester Magnum, and .300 Weatherby Magnum — the differences lie in the weight of the bullet and the amount of powder that is propelling the bullet downrange. 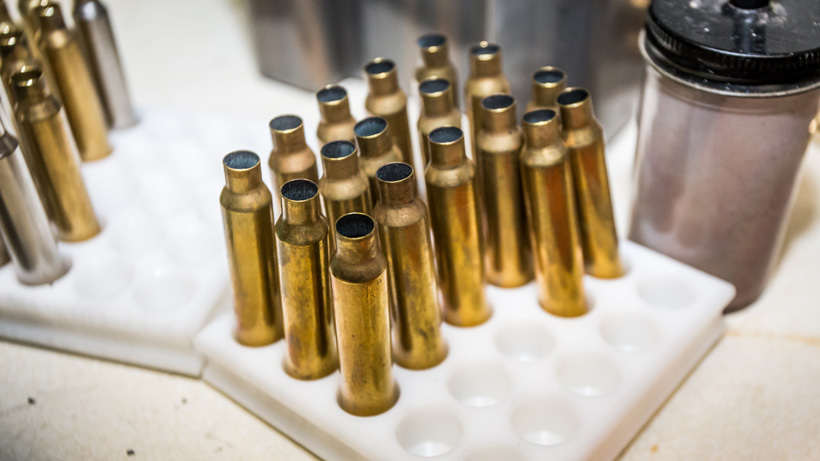 This refers to the brass that holds the powder charge behind the bullet. A casing is nothing but a paperweight if it doesn't have a primer, powder, and a bullet. Casings differ in shape and length depending on the chambering of the rifle for which they are intended because different cartridges require differing amounts of powder to push the bullet at varying speeds. 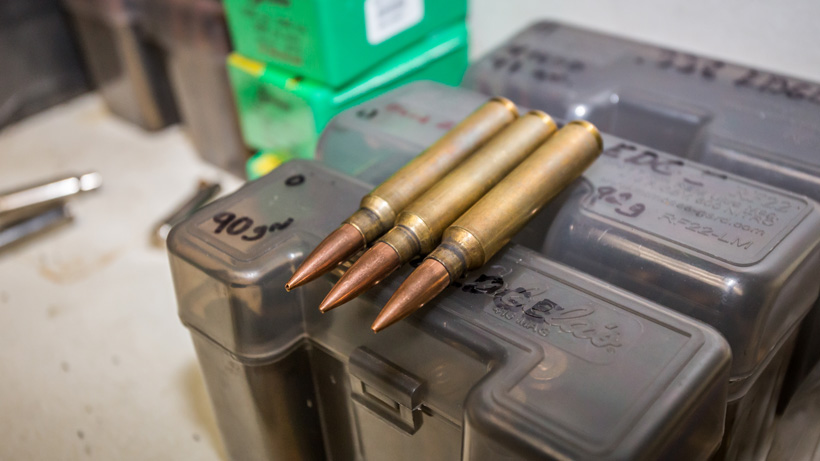 This refers to what you get when you put everything together. A .30 caliber bullet inside of a .30-06 casing will result in a .30-06 cartridge that can now be fired out of a rifle that is chambered in .30-06. You still following?

Simple physics becomes clear when you start talking about pushing a larger, heavier bullet at speeds that are equal to its smaller, lighter peers. Newton's third law of motion tells us that for every action there is an equal and opposite reaction. This means that the same force that is driving that bullet forward is also driving your rifle backward. This is called recoil and it only takes one pull of the trigger on a high-power rifle to know it well.

This is all based on a simple formula that tells us that mass and velocity lead to energy (E=1/2MV²). I'm not going to solve for recoil energy, but the fact remains that propelling a bullet downrange at high velocities requires a great deal of energy and that energy is driving right back into your shoulder. This is why high velocity, large caliber rifles kick so hard. The energy created from that .338 Weatherby Magnum is just too much to make that 7 lb rifle easy to manage.

You might think that simply finding the sweet spot of large bullet size and manageable recoil would be the ticket to choosing your new rifle, but it isn't that simple.

Common mindset toward choosing a rifle 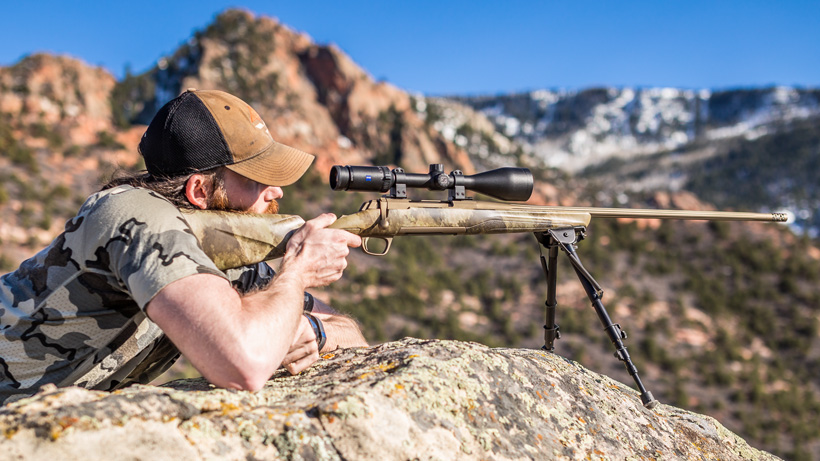 Things start to get confusing when people start allowing conjecture and assumptions to rule the day. Here are a few common misconceptions that often lead people astray when trying to choose a rifle cartridge:

Proponents of this mindset will say, "If a .26 caliber bullet can do the job, then I know a .30 caliber bullet will do the job even better." While this might be true in some circumstances, bigger is not always better. If shooting that larger caliber means that I feel more recoil and I am no longer able to shoot the rifle without flinching; this reduces my accuracy. The tradeoff was not worth it.

"The faster the better"

If you have the need for speed, this might be you. Speed is great as it means flatter trajectories and more kinetic energy downrange, but at what point do we say, "That's fast enough to kill anything that moves?" 2,600 fps? 2,800 fps? 3,200 fps? Remember that speed comes at a cost and it is usually paid in a harder recoil, louder report, and shorter barrel life. Finding a good compromising point is prudent for many.

"If it doesn't say 'Magnum', it isn't good enough"

I know of plenty of hunters who own multiple rifles and the only thing the rifles have in common is the word "magnum." It doesn't have to say magnum to kill even the largest of animals. For years the .30-06 was king and, last I checked, it still kills things just as dead as it did 50 years ago. Plus, with the advent of modern hunting bullets, non-magnum cartridges are more effective than ever.

Factors required for an ethical harvest of an animal 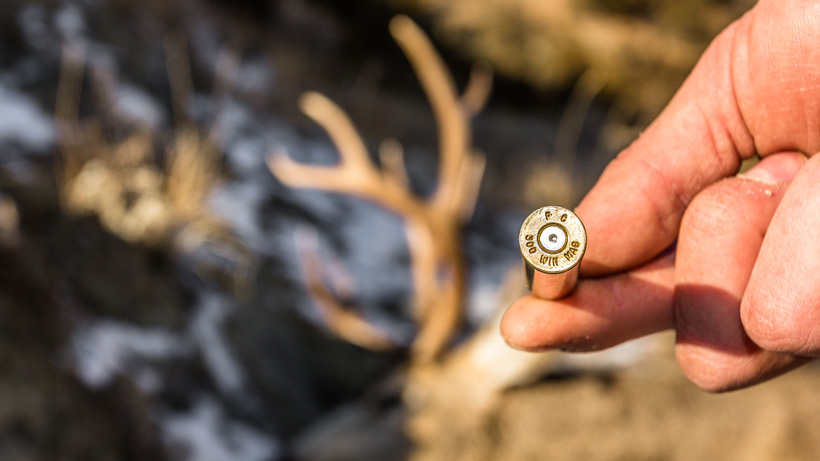 With the basics and some misunderstandings out of the way, let's address the factors that must be present for the ethical harvesting of any animal: penetration, placement, and wound channel.

This refers to the bullet’s ability to go deep into the animal's vitals, preferably all the way through, exiting on the other side. This allows for maximum blood loss and vital damage. Penetration is the result of momentum, which results in kinetic energy; speed is not the determining factor for penetration. A bowling ball rolling at 10 mph has more momentum than a 100 mph fastball. A heavier bullet moving at a moderate speed will result in better penetration than a lighter bullet that is flying at a faster rate of speed.

This is another necessary factor. The wound channel is the damage that is caused as the bullet passes through the body cavity. It does not make a clean hole, but instead makes a ragged, expanded chasm through its path. Larger bullets tend to make larger wound channels, but bullet choice is ultimately the largest factor, not only size. A smaller bullet that expands well and retains its weight will cause a more effective wound channel than a larger bullet that breaks apart. Yet, all things being equal, a larger, heavier, and faster bullet will cause more damage, which gives the shooter a cushion for error in the event that errors occur (which they do).

Combining these three factors will result in an ethical, quick kill of an animal… every time.

How to find the right rifle cartridge for you 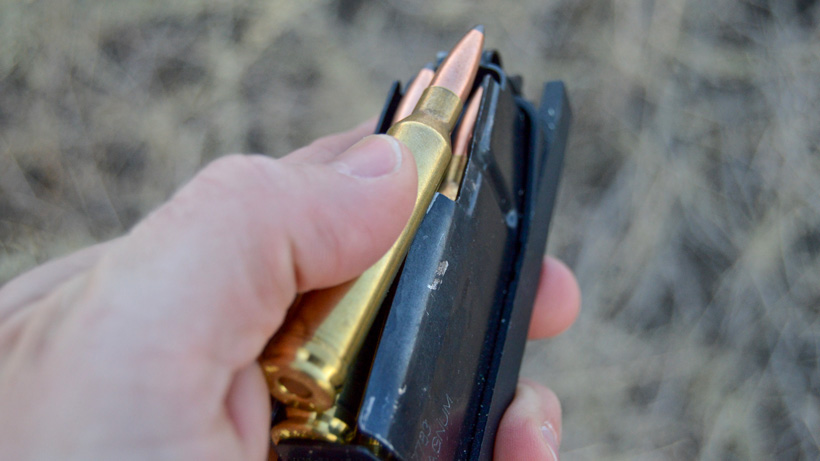 How do you find the right rifle cartridge for you? Here are a couple of questions that I like to ask whenever trying to select a new rifle:

What is the largest bullet that I reasonably need to harvest the animal I want to hunt?

What is my recoil threshold?

We all have one. It is the point where I am no longer able to comfortably and confidently squeeze the trigger with absolutely zero flinching. Flinching means missed shots. Whatever amount of recoil causes me to flinch is too much.

What is my budget for ammunition?

If money’s‘ no object, then you can shoot any cartridge you want, but if you need something that costs less than $20 per box, your choices will be reduced considerably. Some of the most common and affordable cartridges include .243, .270, .30-06, .308, and others. Magnums tend to be pricier than their non-magnum counterparts.

Am I letting others' opinions influence my decision?

Are you worried about what people will think when you roll up with your .260 Remington in elk camp? Don't be! Other people's opinions should not play into your rifle choices. You have to live with your choice, not them. Don't let others make your choice for you. 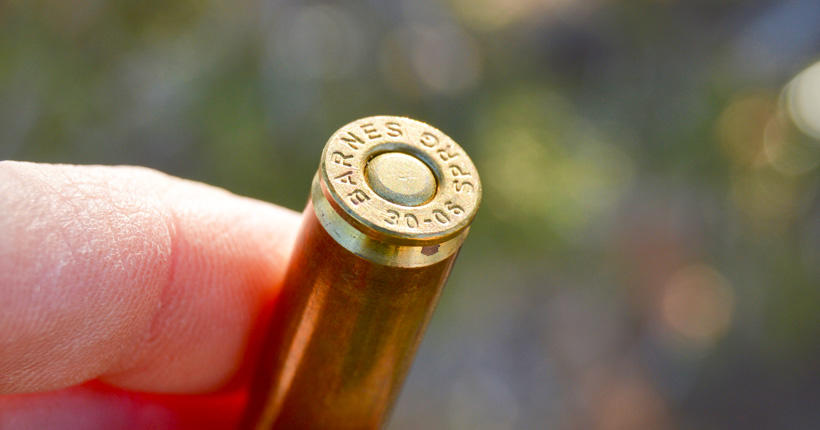 For the sake of helping to distill down all of the options to a manageable list, here is a basic list of the range of rifle calibers that would be appropriate for various sized game: 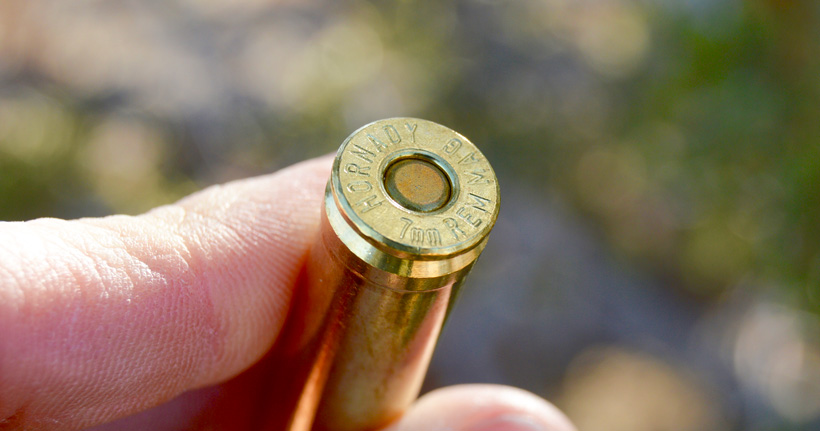 There are also great alternatives to some of the older cartridges. For example, the .308 has long been used as an effective hunting round, but some wanted to shoot a 6.5mm and a 7mm bullet from the .308 casing. Thus, the .260 Remington (6.5mm) and the 7mm-08 were born. These are very effective, tame, and fun-to-shoot rounds that have put down even the largest of animals with a well-placed shot. Be sure to investigate these options as they fall well within the necessary size and velocity for harvesting large game.

There is no such thing as a perfect cartridge 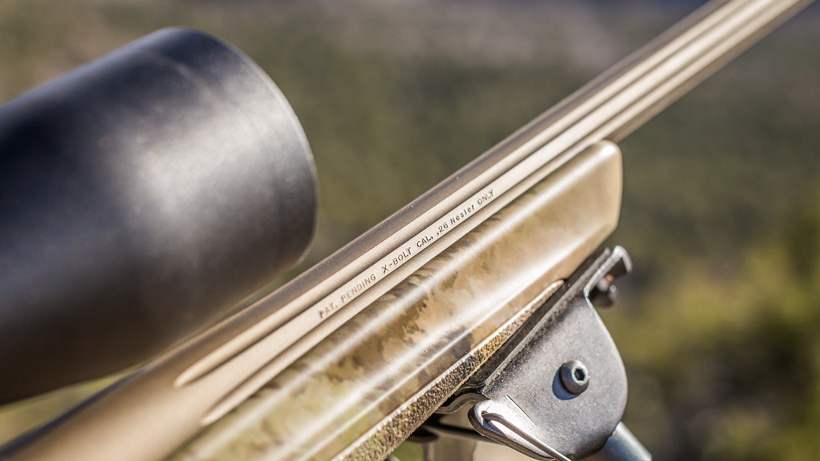 The information in this article is meant to help you make a decision, not make your decision for you. Only you know your exact needs and limits. No rifle round will be the perfect blend of everything. You must choose what your biggest needs are and then compromise as necessary on the others. For me, I know that I mainly hunt elk and mule deer with a rifle and that I will reasonably take shots out to 300 yards. I can handle a decent amount of recoil and wanted something that had been around for a while and wasn't going anywhere so that there would be plenty of ammo available. All of these factors led me to the 7mm Remington Magnum — not because I had to have a magnum (I hunted with a .30-06 for almost 20 years), but because it met the most needs on my list while still being easy to shoot consistently and accurately. I plan on adding a .260 Remington or 6.5 Creedmoor to my gun safe for my wife to use on elk and deer hunts because that is the cartridge that will suit her best for her needs.

Ultimately, you have to live with your own decisions. Make them carefully. Make them confidently. Then enjoy shooting your new rifle.

Also, be sure to enter to win one of FIVE Browning X-Bolt Hells Canyon Speed rifles in goHUNT's April INSIDER giveaway.