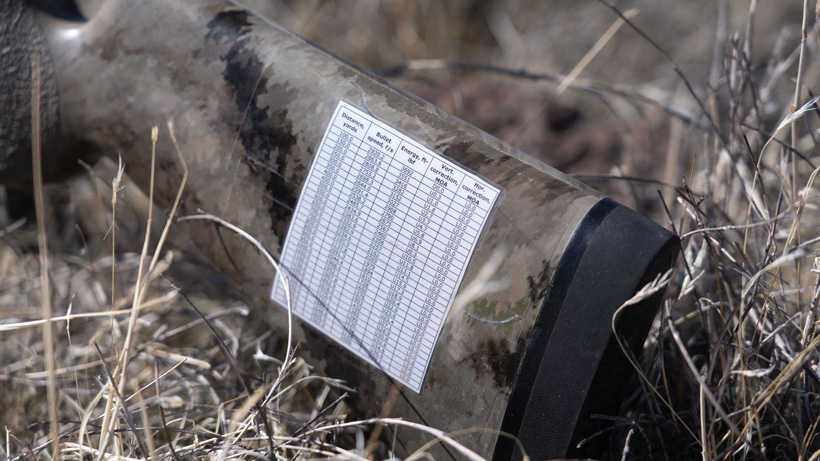 Let me start by saying that this article is based on a hard lesson learned on the mountain. I’m not afraid to use my misfortune as a learning point for others.

I was on a spring bear hunt with some friends. After spotting a nice chocolate bear a couple of miles off in the distance, we decided to make the approach and hopefully get a stalk or, even better, a shot at the bear. As we started off down the mountain to head across the huge meadow, I reached for my phone that had all my ballistics data and drop charts saved on it. To my surprise, my phone was not in my pocket and I immediately remembered I had left it charging in my truck back at camp. Needless to say, there was a moment of panic. We quickly checked for a cell phone signal to see if we could get to an app to calculate the information in my friends phone. I had a good idea of the ballistic coefficient of the bullet and the speed, but we had zero signal, so we decided to go after the bear without the info. My rifle is zeroed at 200 yards so I knew if I could get to that distance, I would be fine. As luck would have it, the only shot I would get would be at 365 yards. I dialed what I thought was the correct adjustment to the scope, I felt confident and took my shot. I was incorrect in my estimation and grazed the hair on the bear under the belly. After a day of tracking, we determined the shot was low and didn't hit the mark. That concluded the weekend of hunting with the guys, but left me broken. How could I have been so foolish not to have the tools available to make that shot?

Enough of me crying over here. I’m over it and ready for the next adventure, but first let me go over some of the ways I could have corrected this mistake. 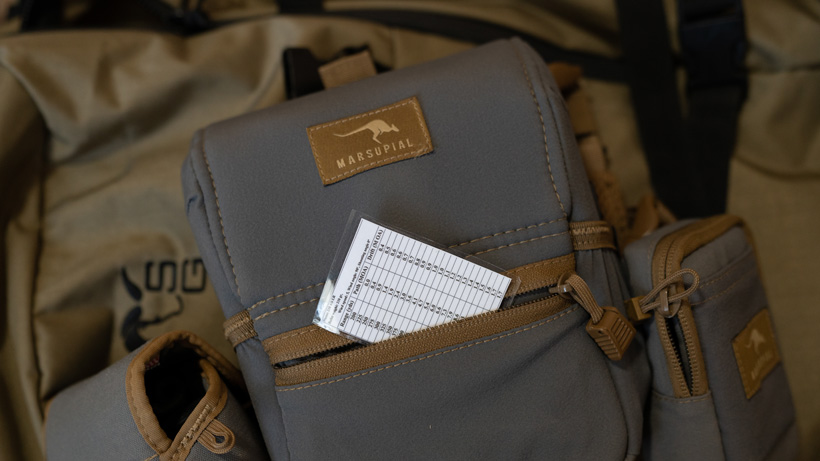 The first and most obvious is don’t forget your phone; however, realistically, things happen and we should be prepared when they do. Batteries go dead and electronics fail, so the first thing I did when I got home was to print and laminate a drop chart to keep in my binocular harness as a back up. I have an app on my phone that was set up for that bullet and rifle. All I had to do was select the increments I wanted and print it out small enough that it would fit in the pocket of my harness. 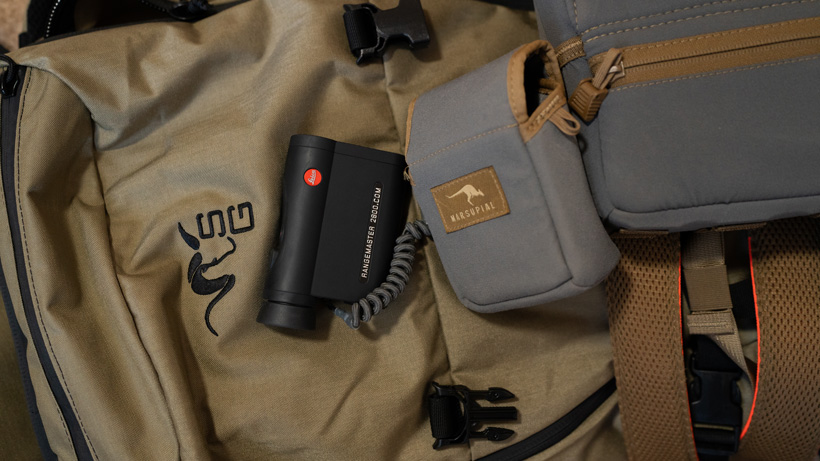 The second thing I did was load the ballistics information into my rangefinder. Rangefinders have a lot of capability and if you have one that can store ballistics information, use it and practice with it. Yes, I had this capability the day of the hunt and failed to load the information prior to the hunt. So now I have two backup plans if I forget my cell phone or it goes dead. Another tip that might help is to share that information with your hunting partners. This way they have a backup with them even if it’s just a picture of your chart — at least they have something. 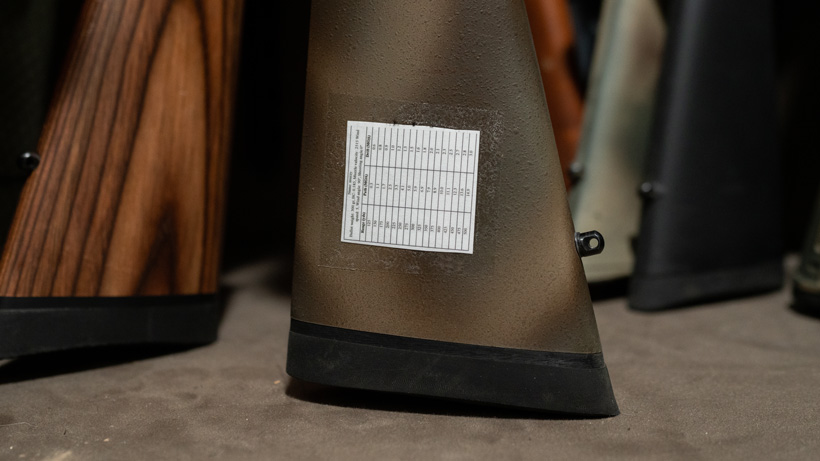 Other people like to tape a chart on the buttstock of the rifle or put it inside of the scope cap. Both are great options and you will always have it with you that way. 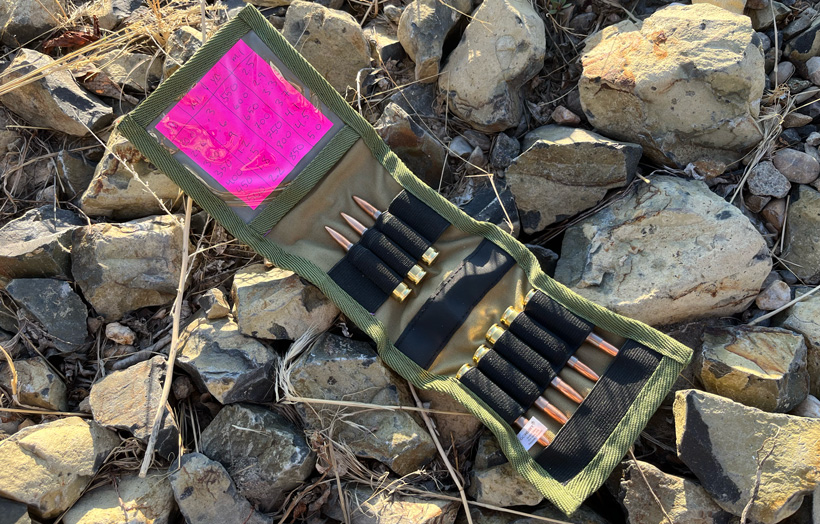 One more backup method is to place a dope chart in an ammo wallet. GOHUNT recently released an ammo wallet they created that has a place just for a chart. Another piece of mind to have when hunting. 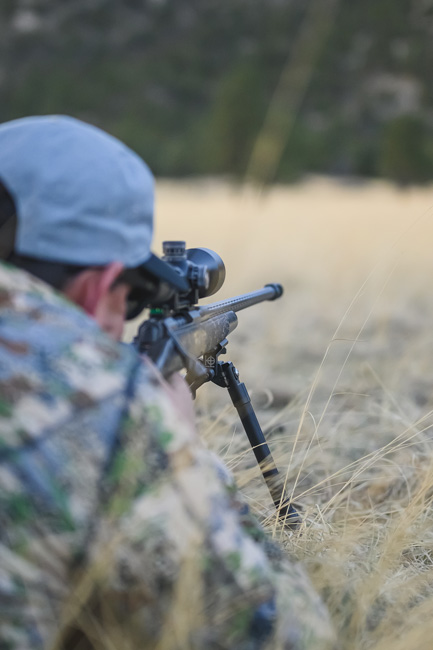 There are so many things that can go wrong on the mountain. Hopefully, you learn from my mistake and take a backup or two with you on your next hunt. 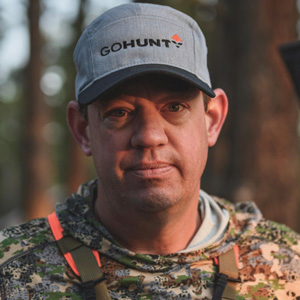