Having a Plan B for the Colorado rifle season 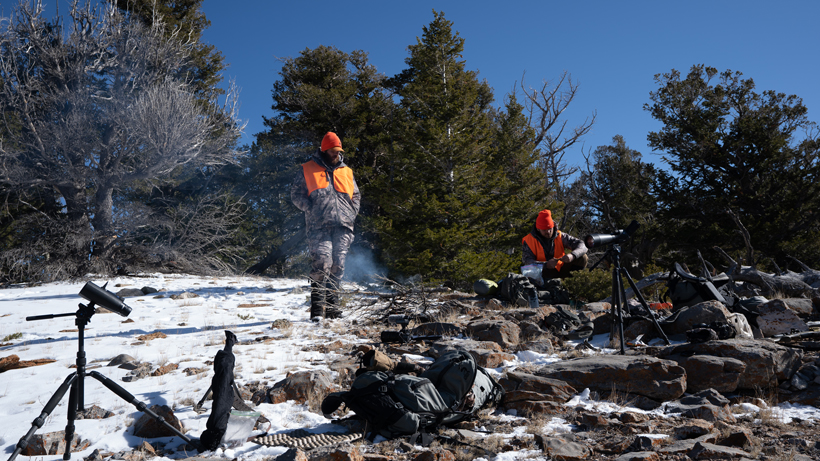 Colorado has an abundance of animals and hunting opportunities, making it a premier destination for resident and nonresident hunters. Mule deer and elk have numerous seasons available in order to manage the number of hunters and game population correctly. And, with each passing season, animals change their behavior and habitat, making them more challenging to find and to hunt. Though elk and mule deer populations in Colorado are healthy, during one of the rifle seasons you may find yourself struggling to figure out where they are at. This is why you are encouraged to think outside the box and constantly have a plan B, C, D and, even, E in order to locate animals. Here are some strategies that will help you think like a deer and elk and be more successful in your upcoming Colorado rifle seasons:

Throughout the summer and early fall, elk and deer — specifically bulls and bucks — love to hang out at some of the highest and hardest to reach areas of a unit. Sometimes these areas are alpine basins or cliffed out ravines, but you can bet on them being found at or above treeline, making you do physical work to get in close. As October hits and Colorado rifle seasons start, the behavior of these bulls and bucks is more unpredictable. Often, the first snow or few cracks of a rifle will push deer and elk to move off of large tracts of high elevation public and and to lower elevation parcels. These lower elevation parcels can be BLM, private or state land. There are also some places and some years that elk or deer will hold tight to deadfall at high elevations late into the fourth rifle season. Being able to have places picked out at multiple different elevations will allow your hunt to be more successful. If you hunt a day or two on a high elevation, densely covered national forest with little to no success, then move. Find a different place within the unit with different elevation and terrain and look for elk or deer there. If that doesn’t work, then move again. Do not spend your entire hunt searching one section of forest for critters that may not even be there anymore.

After years and years of elk and deer hunting, it is easy to glance at a side hill or a mountain and think to yourself, “That is prime habitat for elk or deer.” This may be true; however, when it comes to the later seasons, specifically second, third or fourth rifle season, your knowledge of prime habitat is not as important as it can be during archery, muzzleloader or first rifle seasons. During the second, third and fourth rifle seasons, the elk and deer of Colorado are in survival mode. This will cause them to act out of character and to stay in tiny patches of aspens, sage-covered wide open spaces or pinion-covered dirt hillsides with lack of food and water. During these seasons, elk or deer can virtually be anywhere, which means that you should search everywhere. Often, it is easy to think that we understand animal habitat; however, you are not the only one. By the first few days of first rifle, most deer and elk have left that prime habitat in search of security and safety. Do not be as concerned about habitat during these seasons. Instead, think “where would an elk or deer get less pressure or feel more secure?” These are the places you will find more sign and more animals.

During the later rifle season — specifically third and fourth — forgetting about the deepest pockets of public land will often serve you better than hiking into them. Often, these areas get a ton of pressure from hunters pushing deeper and deeper into the wilderness and national forest during the first and second rifle seasons. Eventually, deer and elk feel too much pressure. Combined with snow, this will force them to leave the large portions of public land. This is when you should concentrate your search on smaller parcels of BLM, national forest or state land that butts up to private land. Although, sometimes, it seems that elk or deer know exactly where the private land boundary is, this is obviously not true. It only takes one private land hunter or predator to get them to jump a fence and walk onto nearby public land. If you are hugging a good wintering habitat near private land, you could be successful each year — especially during the later season or when your normal spots are void of animals. 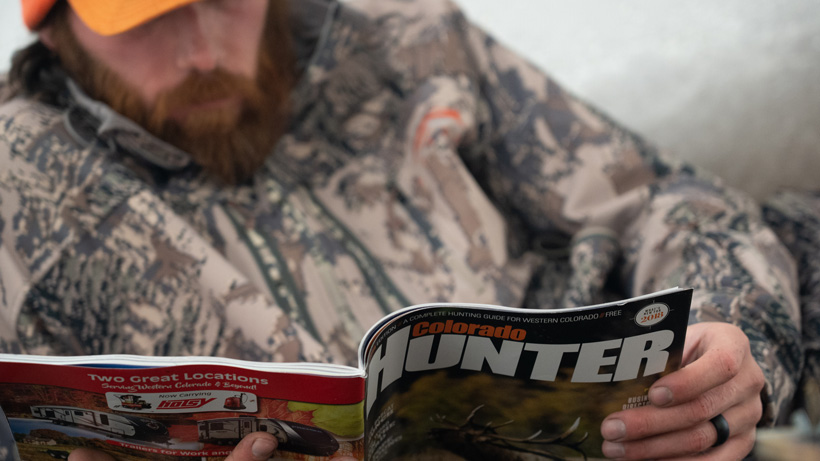 Year after year, we like to hunt similar areas where we have had success in the past. Often, there are good years and bad years when you get into elk and deer during rifle season. Either you find them or you don’t. During those bad years, I would encourage you to have a plan B and find where the deer or elk are at during that specific year. Normally, there are some deer or elk in your unit; you just need to change where you are looking. Do not be afraid to have spots picked out at different elevations, different habitats, and far or close to private land. If you have a barrage of places picked out, then your chances of successfully getting into the bulls or bucks will go up.