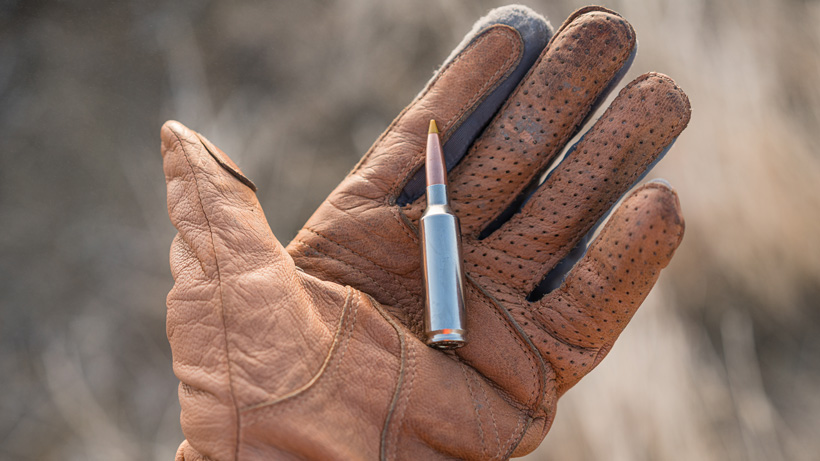 "More energy than a 6.5 Creedmoor, 6.5 PRC and 7mm Rem Mag… plus increased penetration versus existing .277 and 6.5 bullet offerings." That’s what you get with the new for 2021 Browning 6.8 Western cartridge! When I heard that first sentence, I was instantly intrigued. Browning and Winchester set out to build one incredible long-range hunting cartridge and what they created is something hunters will love. 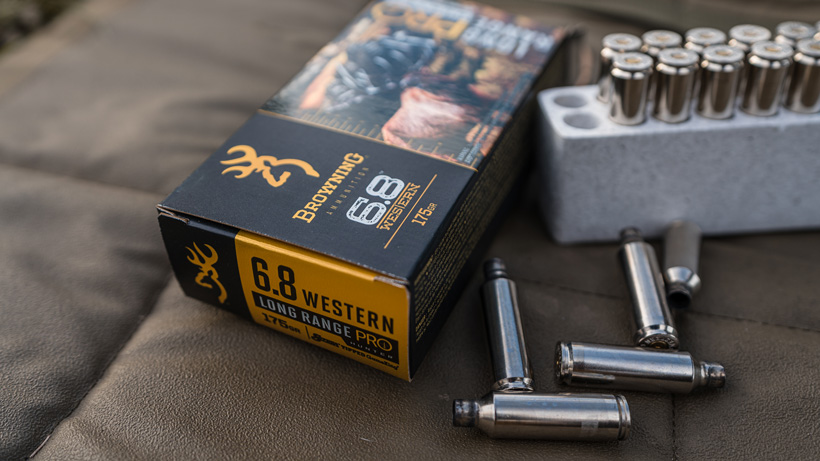 Browning’s X-Bolt platform is built for this cartridge!

The new 6.8 Western is a heavy for caliber and high BC offering that can perform under long-range hunting situations as well as long-range shooting applications.

This new cartridge is absolutely ideal for hunting and produces match-grade accuracy and works wonders when it comes to terminal performance for big game across the entire spectrum of yardages. I received and tested a Browning X-Bolt rifle this past fall chambered in 6.8 Western and instantly built the rifle for an upcoming mule deer hunt. Unfortunately, I didn’t have a tag, so I set this up for a friend to use. While on the hunt we took some time to get my friend comfortable with the gun practicing at targets from 1,000 yards and random ranges all the way down to actual hunting yardages. 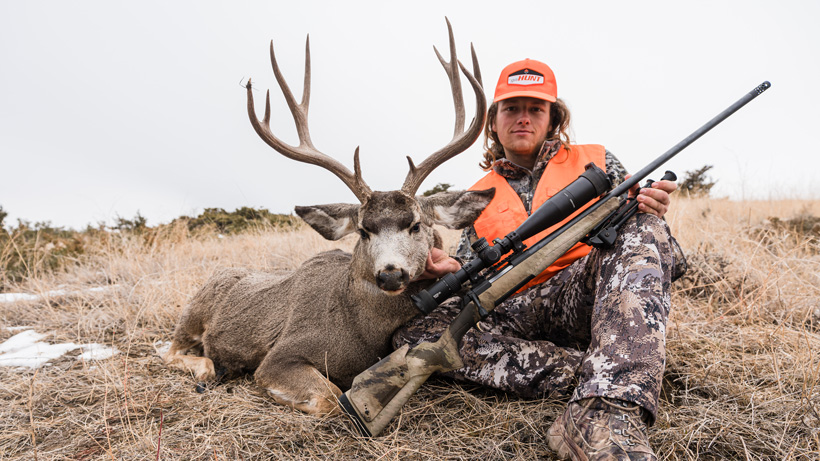 Bubba with his 2020 mule deer taken with the X-Bolt Western Hunter in 6.8 Western that Brady helped him take.

A few days later he was able to take a one-shot kill on a great mule deer at 690 yards. Since setting up this gun, I've had it out in the desert a bunch where I work on validating all my rifles and the performance and accuracy hold up.

A 6.5 is great for accuracy, but in certain situations, it is not really enough for solid hunting applications. In years past, if you ever wanted something more, you would need to step up to a bigger magnum. So now, you have a solid option for hunting with plenty of knockdown power. 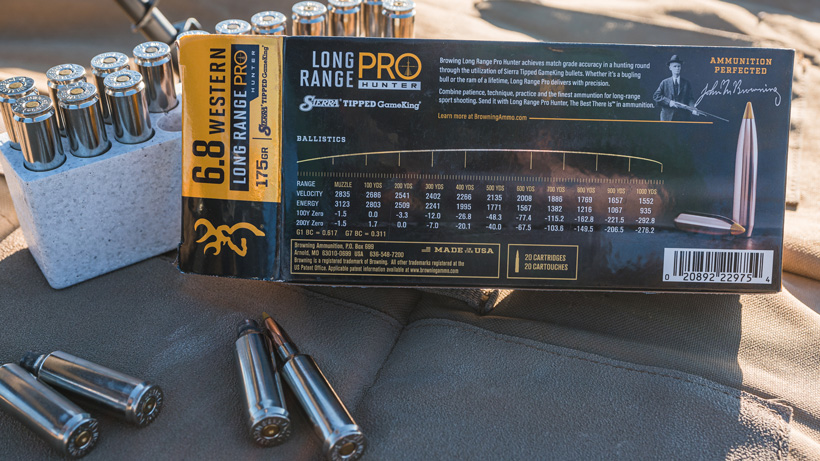 With Browning’s 6.8 Western you get the ease of shooting a similar 6.5 cartridge, but you are getting magnum like energy in the 6.8 Western. So put another way, less recoil than bigger cartridges, but the 6.8 Western still packs a punch. At the same time, you get a do-it-all gun that is not overkill for whitetails, but plenty of gun for Western hunting such as mule deer, elk, caribou, etc. 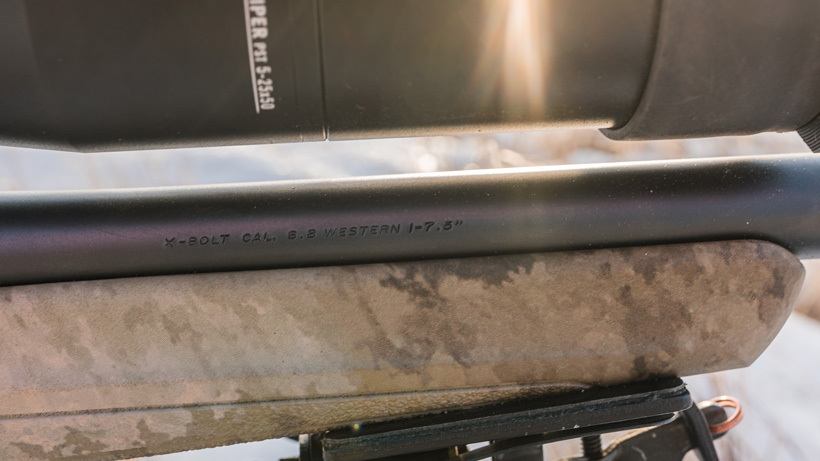 Browning utilizes faster 1:7.5” twist rates to stabilize these heavy for caliber bullets which is a faster twist rate than what was traditionally used for this caliber. 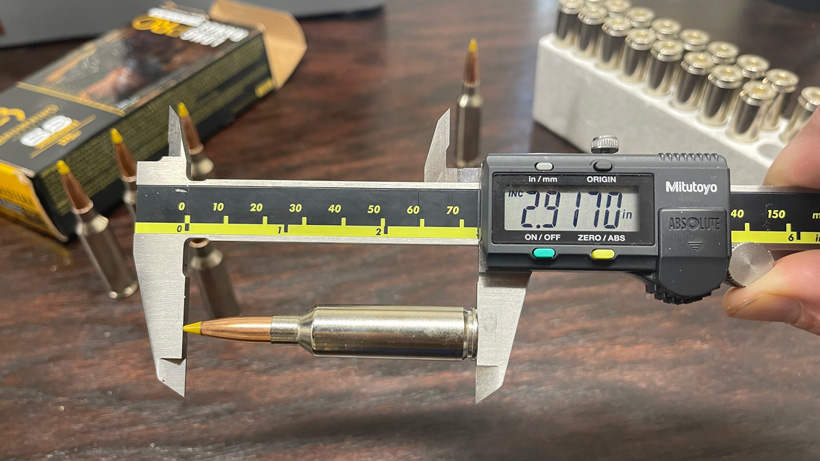 The 6.8 Western is a beltless short action cartridge that is made by taking a 270 WSM and shortening the case. Bullet diameter for the 6.8 Western are 0.277". Factory options will be offered in 165 grain Accubond LR and 175 grain Sierra Tipped GameKing Long Range Pro.

While testing the 6.8 Western I was getting 2,830 fps out of a 24" barrel with an extreme spread of 25 fps from a Magnetospeed chronograph. Just a small side note that the fps was very true to what was printed on the box. I only mention that because I've seen factory ammo vary a lot from what is printed on the box, and while certain shooting conditions might impact those numbers, it was nice to know that what I was reading on the box, was what I was getting. Also, the 175 grain bullet has a G1 BC of 0.617 and a G7 BC of 0.311. 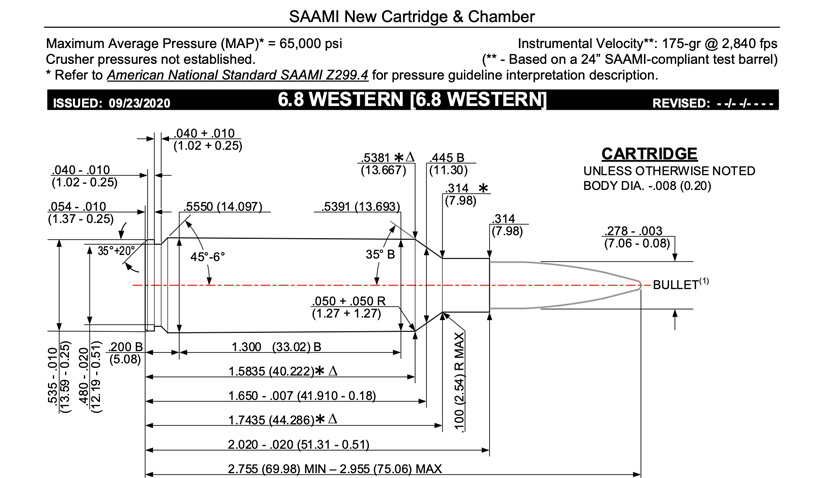 Those that want to dive in deeper can check out the SAAMI specs here. 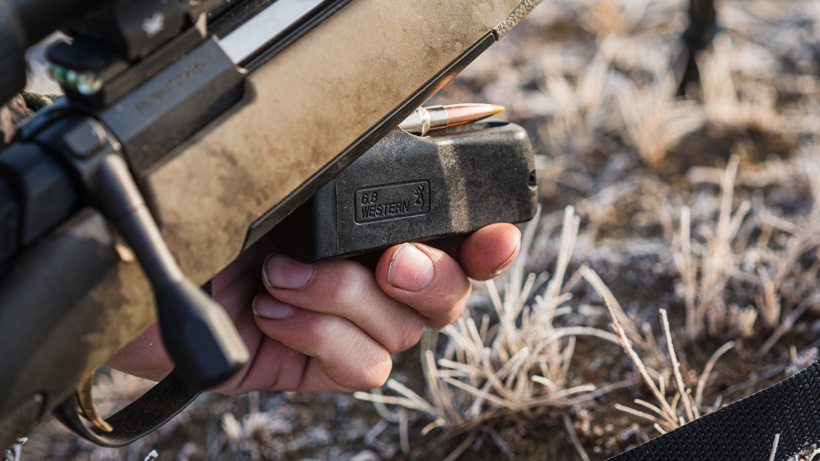 Cartridge design allows this to fit in a short action - which means a lighter rifle but still has magnum performance. And an interesting part, the bullets weights that the 6.8 Western uses is near big magnum bullets weights with solid BC numbers. 6.8 Western has increased penetration vs existing .277 and 6.5mm bullets.

Guns available from Browning in the 6.8 Western 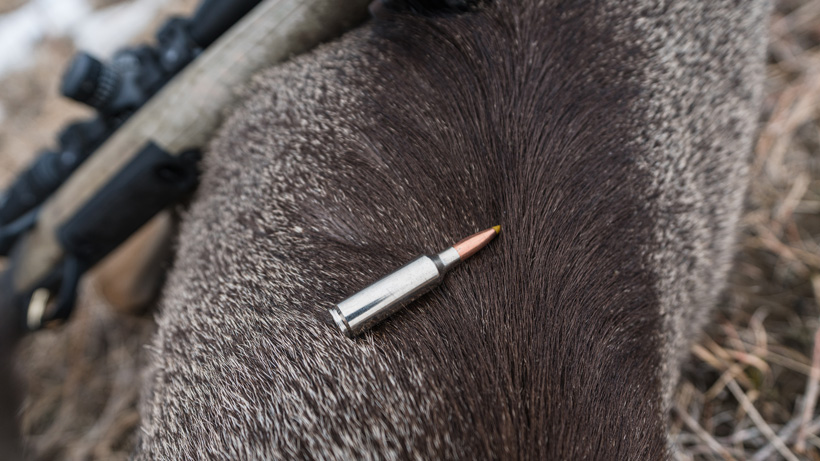 For 2021, there are 21 Browing rifles available in 6.8 Western. A few notable rifles are listed below: 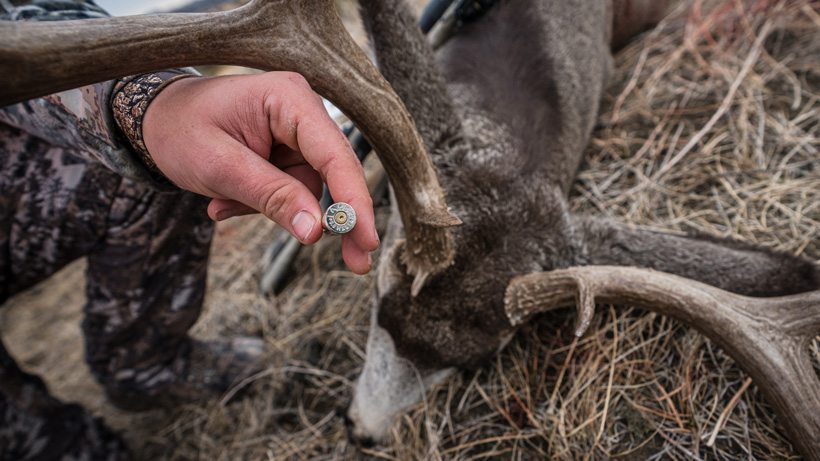 We live in an exciting time with companies looking to step up and create cartridge offerings that offer ease and comfort in shooting, with phenomenal knockdown power for big game hunting. Check out the 6.8 Western for your next rifle at the link below.

See More on the 6.8 Western here