A little education on hunting with suppressors 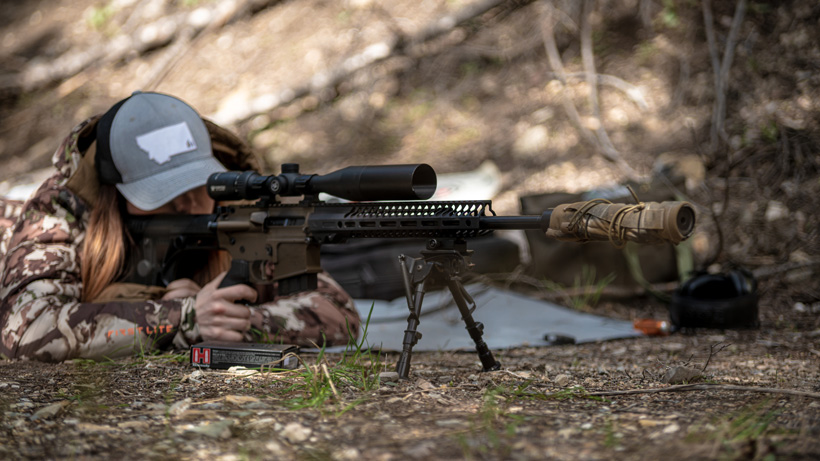 Suppressors have been gaining a lot of popularity in the hunting industry for quite some time and rightfully so. They are becoming more affordable with the acceleration in technology, which, in turn, helps companies find more affordable metals for production. But enough about that—let's get to the meat and potatoes of hunting with a suppressor.

First, let's start with how you would go about picking a suppressor or "can" for that loud rifle you're packing. There is an immense world of suppressors out there and it would behoove you to do your research. There are variations in everything from length, metal composition, brake attached versus direct thread, price, weight, etc. You get the point. Reading reviews, forums and watching videos is my main way of research since going to a business to test them is fairly bleak. As hunters, we prefer to pack lighter items and, in the case of this article, we don't need a suppressor that is meant for full-auto firing. Luckily, manufacturers have seen the demand for hunting specific cans. I just picked up my second suppressor recently as a specifically hunting built can. It only weighs 9 oz with a length of just over 7” and cost me approximately $775 (with $200 tax stamp included). Just make sure to do your research and choose the one that fits your needs best since you'll be waiting a few months to a year to have it in your possession.

The good when it comes to suppressors 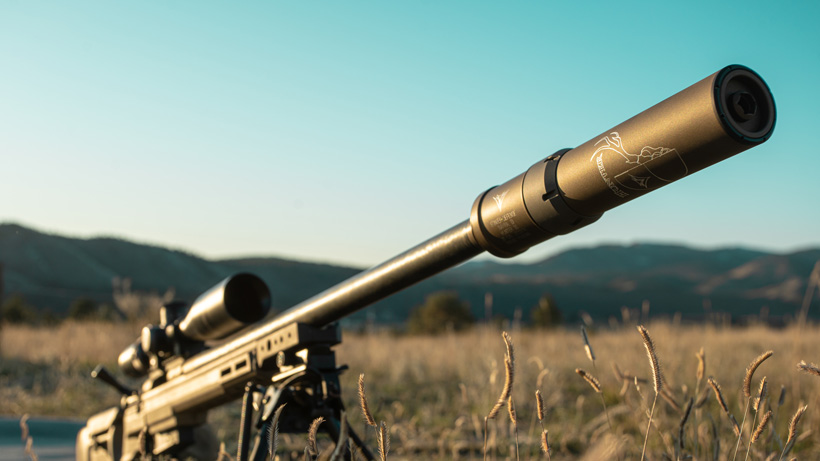 There is a huge upside when it comes to suppressors. Let's break them down:

Obviously, right? Right! When attaching and utilizing a suppressor you will get a new joy from shooting. Although hearing protection is still recommended, you can shoot comfortably without it and not have that deafening ear piercing crack after you pull the trigger. It doesn't "silence" the shot like movies portray, but it does exactly what it says in the name “suppress.” The reduction of decibels varies depending on your model or firearm, but, typically, you'll see reductions around -30db. Shooting without any hearing protection while using a suppressor is similar to shooting with foamy earplugs in your ears without the suppressor installed. Another bonus is that without that loud, thunderous boom you have the ability to pique the interest of your children to get them into shooting now that you've removed the threatening sound. Suppressors also knock down a little bit of the felt recoil, which is a nice added bonus. One area of hunting I make sure to have a can for is varmint/predator hunting. Having the ability to get off a follow up shot before the animal can figure out what happened is great, plus where we hunt coyotes there is always livestock that we don’t want to disturb with the crack of our rifles.

2. Legal to hunt with

This process has been in the works for a while now and, now, not only can you own a suppressor, but you can also legally hunt with one in over 30 states. This is a huge improvement from about a decade ago where just owning one was a pain. Check out the graph below to see if your state qualifies.

Although there are suppressors that tip over the $1,000 mark, there are quite a few available in the $525 to $700 range. Also, remember that suppressors used on a hunting rifle will last a long time. It’s not a bad investment for easily five to 10 years of suppressed shooting. The suppressor that I recently picked up for my dedicated hunting rifles is a StingerWorx Hunter 30, which is currently offered under $600.

The not so good side of suppressors 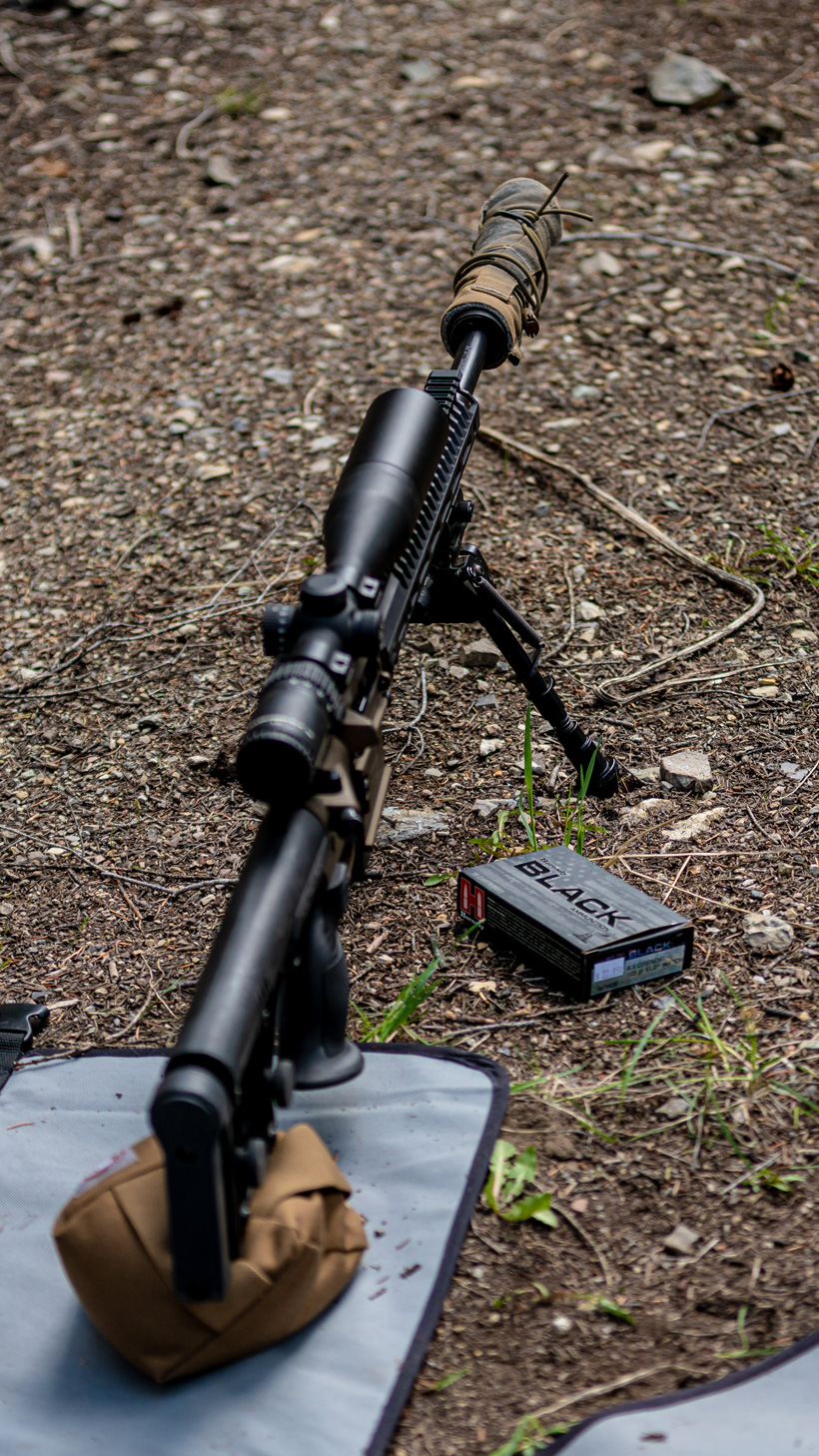 The process for obtaining a suppressor has not often been referred to as a "quick" process. In short, you’ll have to purchase the suppressor, then fill out your ATF Form 4f, get your fingerprint cards done, a couple of passport-sized photos and finally write a check for $200 to the BATFE (Bureau of Alcohol, Tobacco and Firearms) for your Tax Stamp. Now, that $200 may seem like a lot of money for a simple stamp; however, that price hasn't changed since the NFA made it a law in 1934, so when you add inflation from 1934 to the present, the current stamp should be over $3,500! Thankfully, it doesn't grow with inflation. Once you've done the above steps, you'll mail the check along with all the copies of your forms and begin the waiting process for your paperwork to be approved. I've heard of some wait times being as short as four to five months; however, the two separate times I've had to wait it took about 11 months for each suppressor. That can be a real drag when you've spent that much money, but that is the legal process. 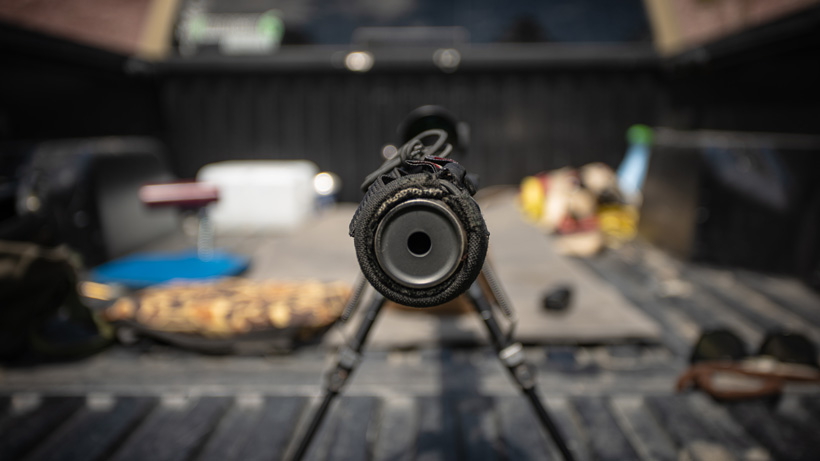 Once you shoot with a suppressor you won't want to shoot any other way! Personally, my buddies and I all appreciate the savings on the ol’ eardrums when we’re at the range. If you have any questions on the process or would like some guidance to narrow down your search, be sure to either drop a comment below, send me a message on Instagram or visit this website with a lot of great information from the American Suppressor Association.