Why you should be chasing whitetails in the West 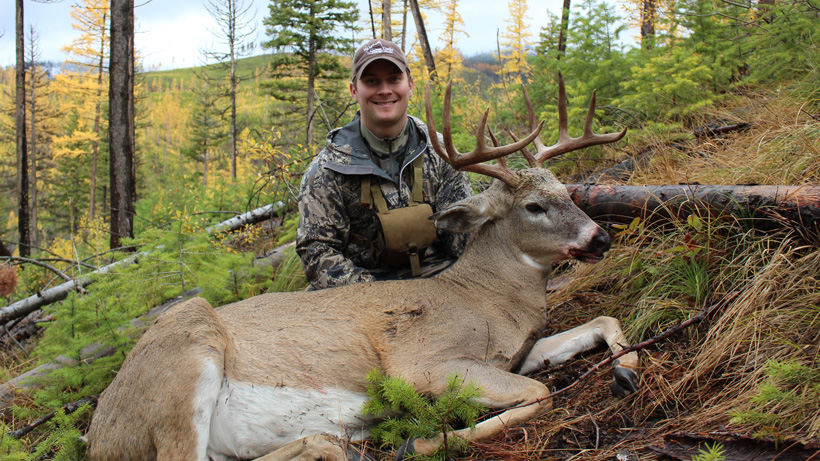 Hunting out West is about big game and big views; however, one animal is often overlooked by western hunters even though it carries a large rack and has lots of good meat. Whitetail deer occupy nearly all western states in some capacity and can be a blast and a challenge to hunt. Unlike mule deer, which are the more commonly chased western deer, whitetails typically live in lower elevations near thicker cover and river bottoms. They rely heavily on their wary and skeptical behaviors to survive and even live in overabundance in many states. Often, eastern hunters do not think about chasing whitetails out West, but they should.

Dive into whitetail research on Insider

There are some big bucks and a good number of whitetail deer on public and private land and permission can be gained. Here are some facts about whitetails in the West and a reason it should be an add-on hunt for your next western adventure.

When it comes to whitetail deer and mule deer, there are several important physical differences. For starters, a mule deer’s face is more white, the ears are much bigger and its back end has a lighter color while a whitetail has a darker rear end with the underside of its tail appearing bleach white, hence the name. Typically, though not always, mule deer have larger bodies and very short brow tines — even on a large buck; however, whitetails can grow large racks and can gain both incredible mass and an incredible number of points. Even after all of the physical differences, the biggest difference is in the deer's behavior towards hunting pressure and towards other bucks. Whitetail deer do not stick around when feeling hunting pressure and quickly become skittish and easily spookable. Mule deer are often too curious for their own good and may run out a few yards and stop, giving a hunter the time to draw or aim and shoot. A mature whitetail in the same situation will be in the next county by this point. Whitetails are also more aggressive and will often run towards the sound of grunting and rattling in hopes to win the fight and take the doe from the fighting bucks. On the contrary, you rarely see western mountain hunters carrying a set of rattling antlers. Though they may look very similar, mule deer and whitetails are very different, but both can be hunted differently with good success. 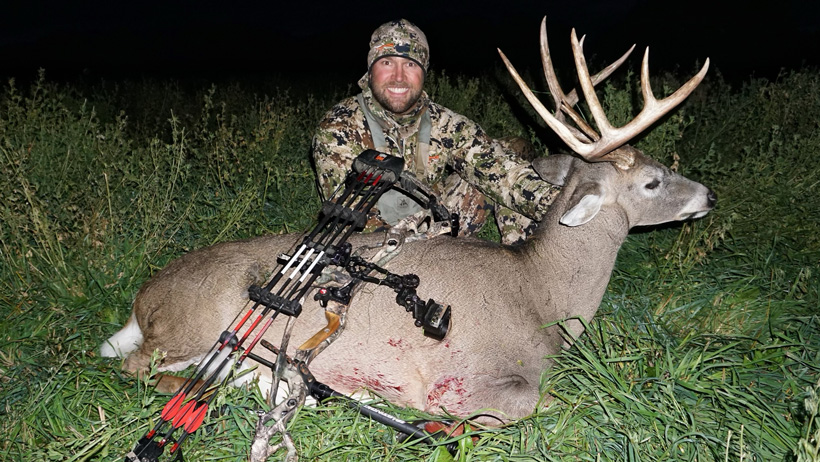 The number one reason that I feel that western hunters — especially ones from the East Coast — should chase whitetails is that you know what you are doing. In any hunting situation, for any game, there is a learning curve. Some hunters may be successful in their first year hunting a new species, but that is not the norm nor should it be the expectation. Once a hunter has experience in both successes and failures, their new rate of success typically goes up. This is why an eastern hunter who is experienced in whitetail hunting should be set up for success coming out West. When a hunter finds a spot that looks good along trails between bedding and feed or along a pinch point during the rut or, even, during a highly pressurized season, then they will already know where to set up and how to play the hunt. If they are patient and do what they would do at home, there is a really good chance that a hunter can be successful during year one — even in a brand new spot.

The second reason that western hunters should chase whitetails out West has to do with private landowner permission. In my experience, western landowners do not revere whitetail deer with the same clout as elk or mule deer. This is mostly due to the crop damage that whitetails cause landowners and also due to the limited number of people asking for permission to chase them. If hunting private land out West doesn’t get you excited enough, then think about the only agriculture field around with hundreds of whitetail deer in it. I have seen this myself several times out West. Permission to hunt animals on private land is difficult to obtain; however, if you do some scouting and use landowner details from your e-scouting maps, you may be able to get permission. And remember, utilizing GOHUNT Maps is the starting point to your success in mapping out western whitetails! If you are willing, there are also some very reasonable trespass-free style hunts that keep others from hunting and may give you even less pressure.

The numbers and flexibility

As mentioned, most western hunters prefer to chase mule deer or do not think about chasing whitetails in the western states even though they are very prevalent. There are several spots in Wyoming, Montana, Colorado, Idaho and more where I have seen whitetails in the hundreds out feeding hours before dark. There is also some flexibility in a lot of states that allow hunters with a “deer” tag to hunt either whitetail or mule deer. This means that if you are getting worn out chasing mule deer in the mountains, you can go sit in a blind on the edge of agriculture with the same tag in hand. This can be the perfect idea if an older hunter wishes to join your camp but can’t handle the mountains like they used to.

Though whitetails are not often the topic of many western game hunter conversations, they are in western states and in good numbers. To hunt whitetails, a hunter must have a lot more patience and give up some of the big mountain views; however, they can still make memories of a lifetime. You probably already are an expert whitetail hunter in your home state, so now all you need to do is gain permission or find public land near agriculture, get a tag and get out West! Use the skills that you already have and chase whitetails from a tree or blind this fall in some of our western states. Use GOHUNT’s Filtering 2.0 to help you narrow down where you should find good numbers and add it to your western hunt or make a separate trip this fall instead of chasing mule deer.