When to give up on a hunting spot 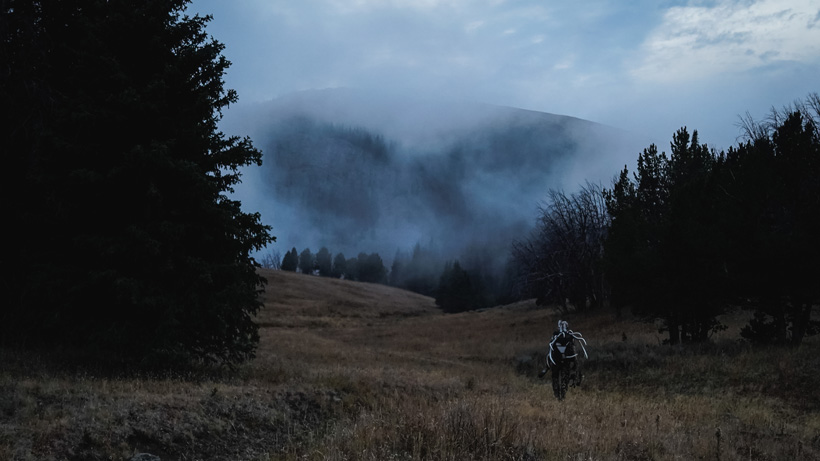 Location, location, location. The old saying for real estate is similarly true when it comes to hunting. While I like to think you can harvest quality animals in countless locations, there is certainly a place that you can’t: where they aren’t. And I’ve learned that the hard way.

My hunting partner, Nick, and I were feeling eager and overly confident as the opening day of archery season grew closer and closer in Montana. The previous year I arrowed my first bull elk in this same spot we planned to hunt. But, this year, with the early season still being so warm, we decided to hang tree stands over water not far from where the remains of my bull lay.

It seemed like a fail-proof plan at the time. Although I’m not sure why, as we never got one picture of an elk on the trail camera. Nevertheless, the opening morning we got to our tree early, with a sense of optimism known to come with the first day of the season. However, as the minutes turned to hours and the hours turned to days, we decided to try hiking around and calling instead. I was sure the elk had to be near as they had been the previous year.

As I hiked the ridges, memories flooded my mind of the previous year. This place was my honey hole and I knew it wouldn’t let me down. It couldn’t. But, after a couple more trips, much to my dismay, I never arrowed a bull there that season. As a matter of fact, I never even heard or saw one. But, for some reason, I still didn’t want to abandon “my” spot.

I think this is a common problem, especially among new hunters. Or perhaps, more for seasoned hunters who have hunted the same area for a decade, but don’t want to read the writing on the wall when they start seeing fewer animals. But I don’t blame them, nor do I blame myself. When you’ve clocked countless hours online looking for a spot, went through far too many tanks of gas getting there, and logged all those miserable heavy hikes, it’s hard to give up on a spot that you believe in.

Or if you’re a new hunter or new to the area, you probably invested a lot of time and money into the hunt. Maybe all things point you to a specific area or it’s just the most picturesque spot; however, still, after a few days, you just aren’t seeing any animals. It can be extremely difficult to tear down camp and start all over again, especially if you’ve packed a long ways in.

It’s as though we get emotionally attached to the places we’ve become familiar with. Maybe we feel like we’re abandoning the memories of the spot. Perhaps it’s a blow to our ego. Or maybe we are just flat out stubborn.

In contrast, it’s definitely important to give a spot a chance and to not give up on it prematurely. Certainly, a big buck can be hiding in a small patch of timber. Or a couple of late-season bulls could be isolated in a small pocket that you just need to find. So there is definitely a fine line between giving up too early and staying too late. But I think many suffer from the latter.

Let the animals tell you where they are 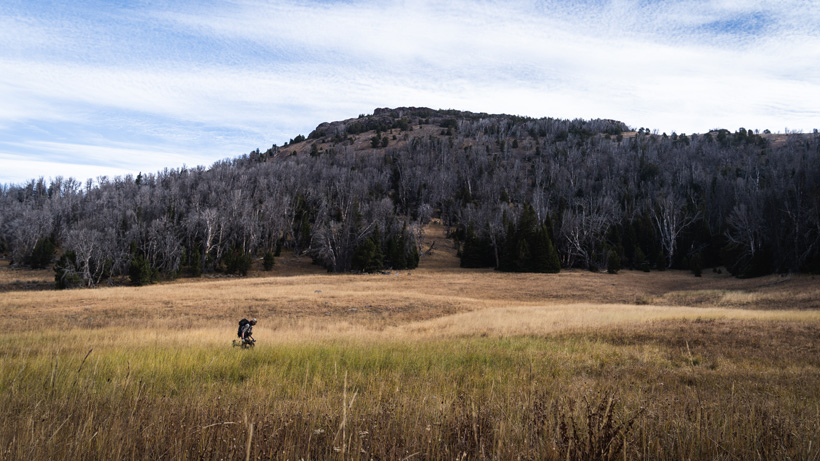 Have you ever found yourself saying something like, “This looks ‘elky’,” “If I was an elk (or deer, bear, antelope, etc.) I would be right here,” or “They have to be here.” Those are the words of someone who wants to tell the elk where they should be rather than let the elk tell you where they are.

For example, I was driving down to New Mexico this fall with Randy Newberg and my co-worker, Marcus Hockett. We were leaving Montana right after the opening weekend of archery season. Both Marcus and I had hunted, but with very different results. I packed into an area that I’d hunted near before with family. Although the last time, we didn’t really get into any elk. Call me a good cousin or just a bad hunter, but I agreed to return. I hunted all weekend without laying eyes or ears on an elk or noticing much fresh sign.

In the meantime, Marcus and his wife both shot bulls on opening day—on public land, I might add. So, putting my pride aside I started asking questions to see what I could be doing wrong.

“So you’re hunting thick timber and they aren’t calling. What do you do?” I asked.

Randy quickly and bluntly replied, “Why are you hunting thick timber?”

Struggling to respond to such a silly question, I mustered up, “Because that’s where they are in the rut. Thick timber.”

Gleaning anything I could from two very successful elk hunters, I listened intently as Marcus continued, “I think the problem is a lot of people hunt where they think elk are. But even if you see sign, that could be from the previous day and now they are totally gone. You can bugle all you want in an area, but if elk aren’t there you simply aren’t going to kill one.”

I’ve thought a lot about that statement since then and it’s caused me to change my strategy when hunting. It caused me to be honest and realistic with what I’m seeing when I hunt rather than hoping for a miracle in a spot where animals just aren’t living. I pay more attention to how much sign I see or don’t see where, previously, I would ignore the obvious, put my head down and just hunt harder, determined to make it work. 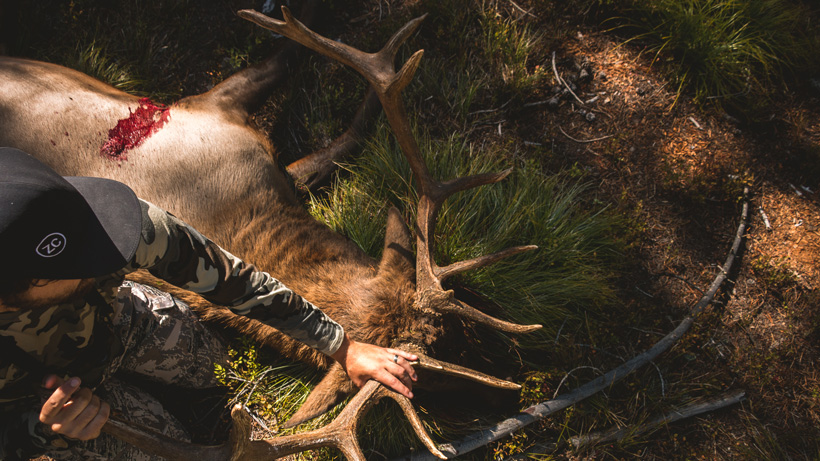 One tactic to consider is to make sure you have plenty of options when you are going into a hunt. Depending on the length of your trip, you might want as many options as you have days. While you probably wouldn’t go through them all, it’s better to have too many than too few. It’s important to at least have more than one, especially if you have never hunted the area before.

I’m sure there are plenty of hunters who have their go-to spot and it works for them year after year. Yet, for the majority of the population, that probably isn’t the case. Even if it is, there are so many variables out of your control when it comes to public land hunting that can easily thwart your plans. Maybe somebody else discovered your spot and got there first this year. Maybe a new road or trail has been opened and the deer or elk responded to the pressure and moved out of the area. You just can’t really plan for people. However, if one spot does get thrown off by other hunters, then you’ll be happy you have a backup or two to try. 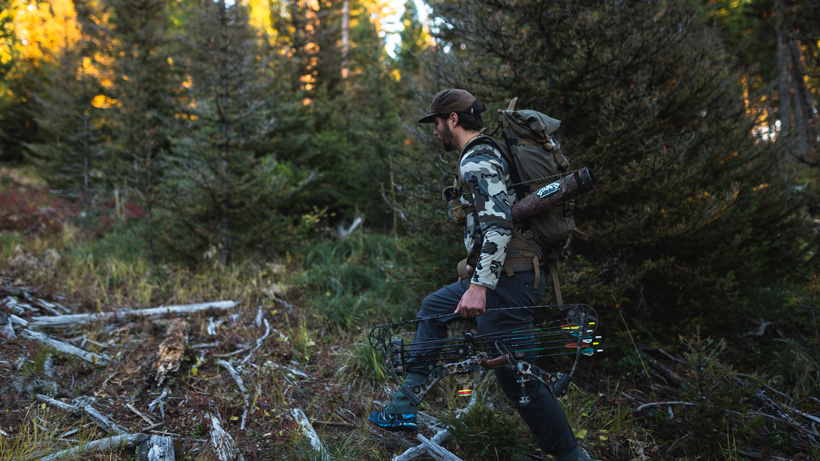 A good way to combat this problem of putting all your eggs in one basket if to try and keep your camp mobile. When I think of the most picturesque elk hunting scene, it usually involves a wall tent with a wood stove in a beautiful meadow so nice that it’s flirting the line with glamping. While I’m sure that would be an enjoyable, comfortable and, potentially, successful hunt, the downside is that it lacks mobility. Maybe not if the tent is pitched along a road, but if it’s packed in deep and took a long time to set up just right, nobody is going to want to tear it down to try a new spot.

If you want to be successful in hunting public land, it’s important to work a system that allows you to be mobile. That doesn’t necessarily mean you need to truck camp, of course, but think about having a lightweight system that allows you to move easily in the backcountry. Gear is getting lighter and lighter so keeping camp on your back every day might not be a bad idea.

While I don’t see myself becoming hardcore enough to sleep in a bivy as Trail Kreitzer does, I do see the value in being able to roam free with your camp on your back. If you don’t want to carry your camp every day, at least have a sleep and camp system that you are willing to tear down to move to a new area. The quicker and easier it is, the more ground you will cover, which should lead to more success in the field.

Reading the sign, staying mobile and keeping your options open will give you a better chance of being successful in your hunt. While you shouldn’t rule out an area too quickly, you also shouldn’t do the opposite. The first step in filling your tag is finding an animal to fill it with and that means hunting where they are.