What every young hunter should know 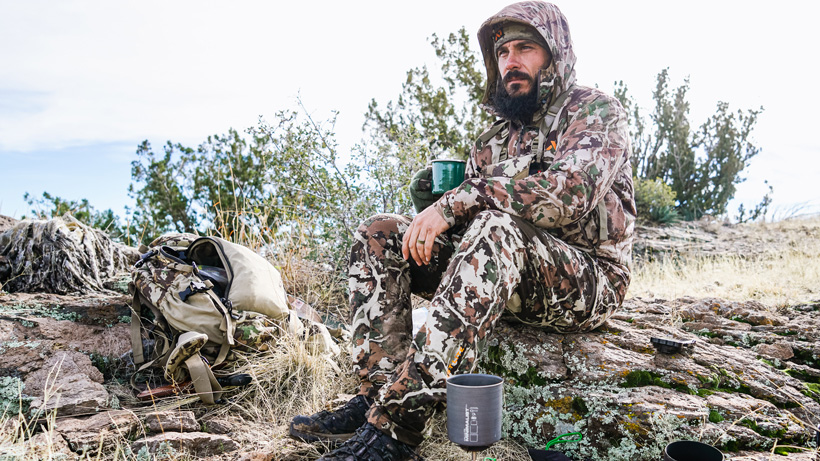 Do you remember being a kid? I hope I never forget that stuff. So many great memories were made for me as a child. Everything was so new and exciting. We were full of energy and eager to learn. Sometimes too eager and to a fault, I might add. I remember pestering my dad and others to teach me how to do things. Waiting was not in my vocabulary. I wanted to do things now. Patience was not something that ran through my veins at the time, which is a problem if we are talking about hunting and bowhunting in particular. Thinking back to when I was a kid hunting, there are some things that I wish I had known. Hunting comes with so many variables. With those variables comes a slew of discouragement, which, to my younger self, was downright discouraging. Now, I am by no means an old man full of wisdom, but I do know a thing or two more than I did as a kid. Here are a few things that I wish I could have told my younger self as a hunter. 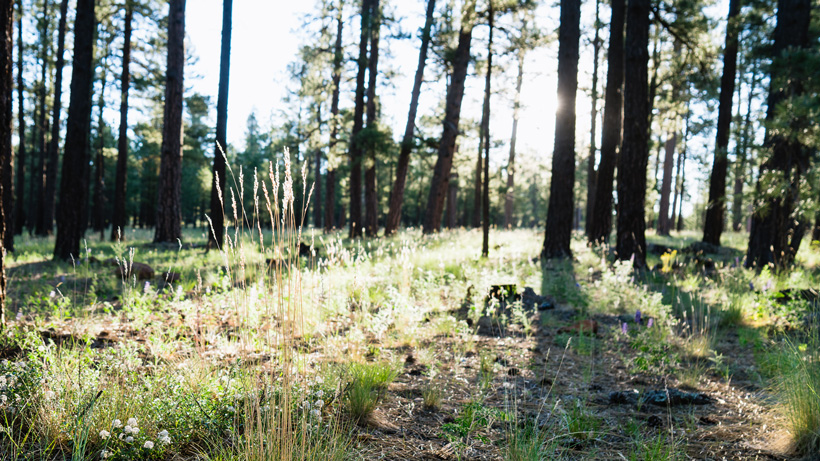 Patience is something that I think most kids lack. We just don’t have the attention span or drive as children. So, when it comes to hunting, many stray from the path. Being quiet and still are not natural for a youngster and I was no exception to that.

“Yeah, Josh, I know. Patience isn’t something that you fancy. In order to figure out this hunting thing, though, you need to acquire patience. The animals that we pursue are not on a set schedule like we are. They don’t have a bedtime or a certain time to be at work. Their one job is to survive. So, to us, they have all the time in the world. If they don’t walk down the trail that we thought they would, that’s OK, because they don’t have to. They may have decided to go a different route on this day—much like yourself from time to time. When we head into the mountains, time slows down and we need to slow with it. If we don’t, we can’t expect to fill our tags and are going to drive dad crazy. So, slow down, bud. Good things come to those that wait.” 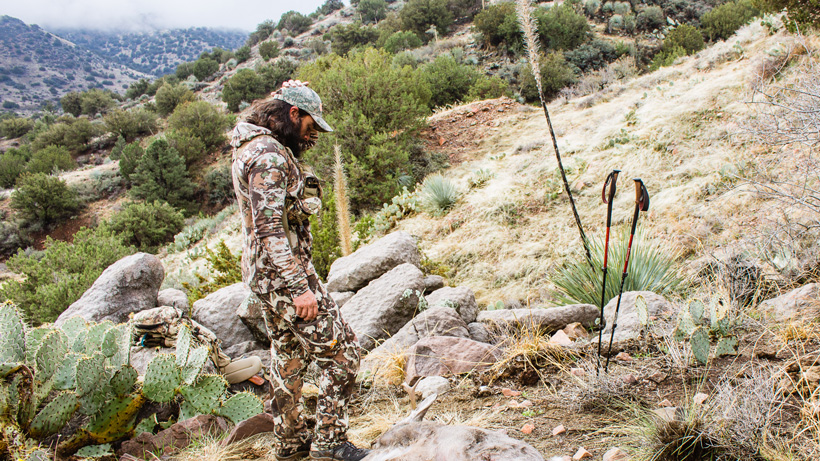 Something that I don’t recall ever really knowing as a child was how much all of this was a privilege. To me, I knew that getting to go out with my dad was a privilege, but hunting itself? I just thought it was and will always be there. For kids like me, hunting was a normal thing, not obscure. I grew very complacent with hunting because it was part of my world. The world was bigger than just me, though. A classic case of “You don’t know what you’ve got until it’s gone.” I think it’s important to teach kids this.

“Getting to go out hunting with dad is a privilege. I know that you know that and look forward to it as much as possible. However, this privilege goes a lot deeper than just that. Being able to go hunting is a privilege in itself. Just like when you lose privilege to the TV, we can lose privilege to hunting if we aren’t smart. Believe it or not, there are people out there that actually want to take the privilege of hunting away from us. So, when it comes time where you might have to stand up and voice your opinion on why you love hunting, do it. And the next time you and Dad are sitting there and nothing walks by, know that just getting to be out there to not see anything is a privilege. Enjoy the wild as a whole—not just that deer you haven’t tagged yet. Everything from the sound of the wind causing the leaves to ruffle to the crisp air that no matter what has a way of sneaking past your clothing.”

This is actually possible 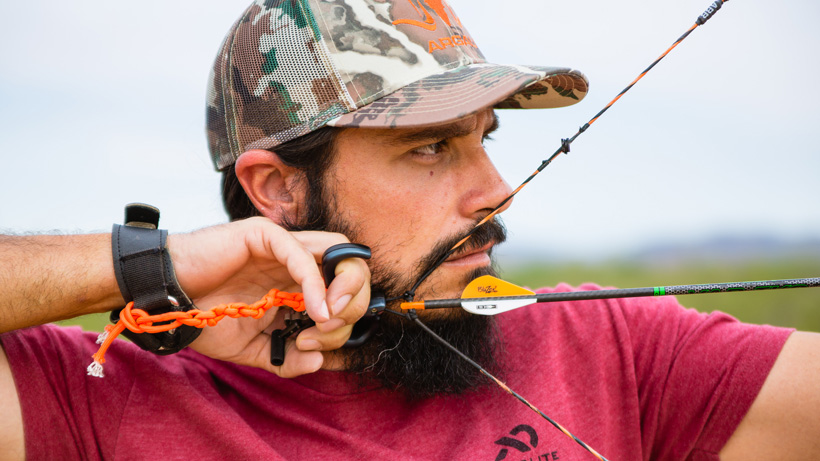 As a kid, hunting often seemed like it was impossible. It’s hard to imagine things that you haven’t yet been exposed to. I think how hard hunting is—and can be—just isn’t fathomable to a kid. All of the variables that we mentioned above are a lot to take in. Hence, the reason why lots of kids might stop hunting all together. Why go put in all of that work for no reward, right? Once you experience success, though, all of a sudden your world opens up and things that you thought were impossible are, in fact, possible.

“The very thought of walking up to a dead deer is something that I know is hard for you to imagine. The things you will feel are so far removed at the moment, it’s as if they don’t even exist. After years and years of heading out with dad and no luck in the tag filling department, it’s understandable why you might think this hunting thing is all about luck. Only the lucky ones shoot bucks in your opinion. All that I can say is that is simply not true. You have a driving force within you that you don’t know about yet. A kind of persistence that can crush anything in its path. Trust me, I know. With that persistence, you will eventually be met with success. And when you are, soak it up. Success comes hard for a bowhunter and you will earn each and every filled tag that lay before you. So, as you walk the path of a hunter, know that it is, in fact, possible and that you are more capable than you know at the moment."

Have respect for the game you seek 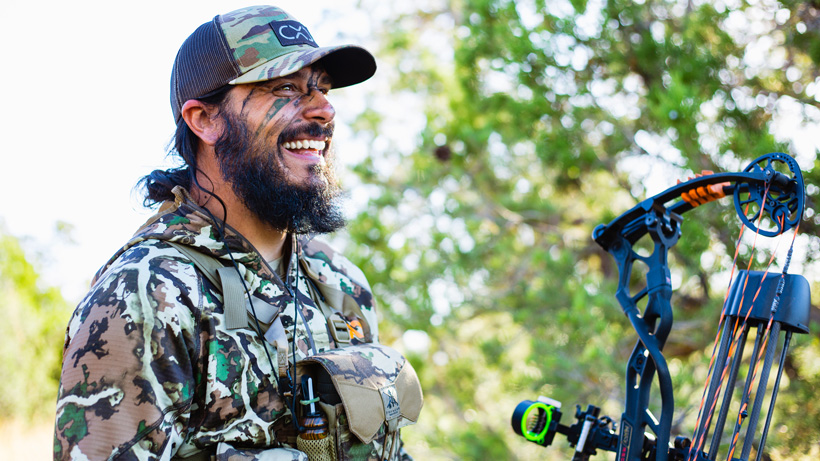 Hunting may seem impossible sometimes, but I want to add something else, too. Desperateness often shows itself soon after adversity. We end up wanting something so bad that our ethics start bending in a way that they shouldn’t. Suddenly, our effective shooting range increases and what was once a marginal shot angle on an animal is now acceptable to us. We need to be able to burn off the fog that clouds our moral vision and have respect for the game we seek.

“You may not want to, but every single day, Josh, you need to be out shooting your bow. It doesn’t matter if the bow is all sighted in already or how comfortable you’ve grown at 20 yards. We need to do this to build a foundation and let the bow be an extension of our bodies. When you are in a situation where a live animal is in front of you, time stops and your mechanics can crumble. There will come a time when an old mule deer buck will walk a mere 10 yards right past you. At that moment, you will do nothing because you are frozen from the majesty before you. That majesty demands your respect. Their powerful presence deserves more than ‘good enough.’ Truly respect the game you seek.”

Don’t forget your why

In the midst of this adversity that so naturally comes with hunting, I feel like it’s easy to forget why you are there in the first place. We get so wrapped up in ourselves and the task at hand that “our why” falls through the cracks sometimes. This is unfortunate and often leads to the absence of enjoyment out in the field. Imagine that. Not enjoying something that you love. Preposterous! And, yet, an area I wish I had focused on more as a kid.

“Do you remember when Dad took you on that walk down the old dirt road you were camped off of on your first deer hunt? The one that had a bridge that crossed a trout stream and made its way toward the head of a canyon where Dad was hunting? I know that walk seemed like forever for you. After finally arriving, you were told to walk as quietly as possible. The swishing of your pants caused Dad to look back at you every now and again as you tip-toed your way into the canyon. Sooner rather than later, Dad grabbed you and pointed out ahead. There it was. Your first deer sighting. They were smaller than you imagined, I know. Watching a wild animal bound off through the forest was invigorating. That very feeling right there when your eyes were widened and you could feel the blood that was pumping through your veins. That is your why. Moments like that and feelings like those. Never forget that.”

This life that we live in is full of lessons. Lessons that are sometimes only learned through trial and error. Not everything is going to be laid out for you and that’s OK. Therein lies the journey of this whole thing. Without walking down the path of a hunter, there is no learning to hunt. As a youngster, embracing the struggle is a feat and not something that every kid can do. In this day and age when things get hard, most people quit and that’s a shame. So much mental growth happens when you stomp adversity in the face. We gain knowledge, confidence and a new perspective on things. Whether you are 14 years old or 30 years old and have any aspiration to be a bowhunter—or just hunter in general—that “quit” is something that you need to crush. So, now it’s your turn. I want to hear what you would tell your younger self. Go!