Three things to help you get closer to game 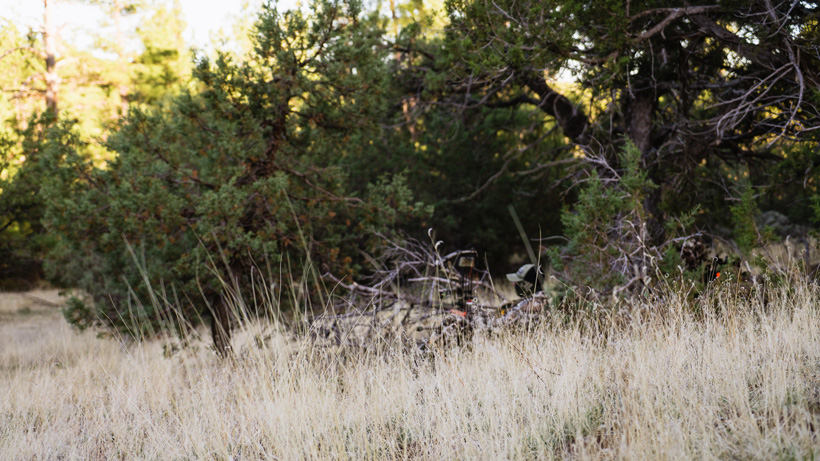 Some of the fondest memories I have are from my dad bringing me hunting as a young boy. I remember how cold it was, those first drinks of hot coffee I experienced, and the hauntingly quiet time we spent together in the mountains. Something that became a regular occurrence— even when not hunting—was my dad bringing me out to try and get as close as we could to deer. We would do this by slowly "still hunting" through the woods. I feel that this "still hunting" has become a lost art these days and rarely hear of anyone doing it. There have been a few times when I felt as if I could almost reach out and touch the deer. Since those days, I have had a deep seeded love for getting close to game. That's probably why I have become such a fan of the bow and arrow. Through the years, I have blown a lot of stalks on game with my bow and, in turn, have learned a lot of lessons along the way. Here are three that have helped me along that path.

Have a game plan 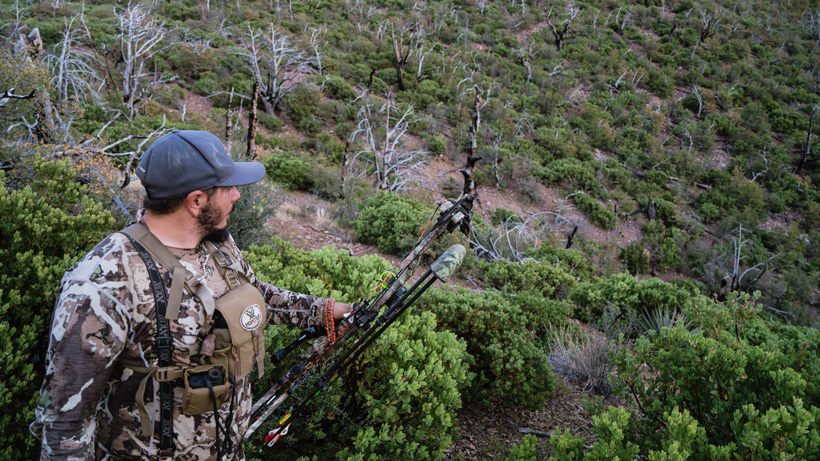 In my early years of bowhunting, I would spend a lot of time stalking recklessly. What I mean by that is I wouldn't take the time to really think out a situation before throwing my name in the hat. I would slightly take note of the wind, but would soon forget it existed. Just the adrenaline from seeing game would send these concerns way out of my mind. I remember always thinking that they were going to get away and I needed to move quickly. Because of that, I spent a lot of time doing the "walk of shame" back to my glassing spot, asking myself, "Why did I do that? I know better!"

Nowadays, I sing quite a bit different tune when I glass up an animal. I will plan out stalks bit by bit and even take photos of the area from a distance so I can refer back to it. Once you actually get over into the area where you were looking, things can be quite a bit different. Now, the wind is etched in my mind and I am constantly checking it along the way. There are times when I am able to take note of which way the grass is blowing on various hills around me. This will help me plan a route to my quarry. By compartmentalizing the stalk like this, it gives me direction and keeps me on point. Sure, there are times when you have to act on the fly, but if you have a plan, it will be easier to think with a clear head and act accordingly. Having a clear head on a stalk is never a bad thing and will ultimately get you closer. 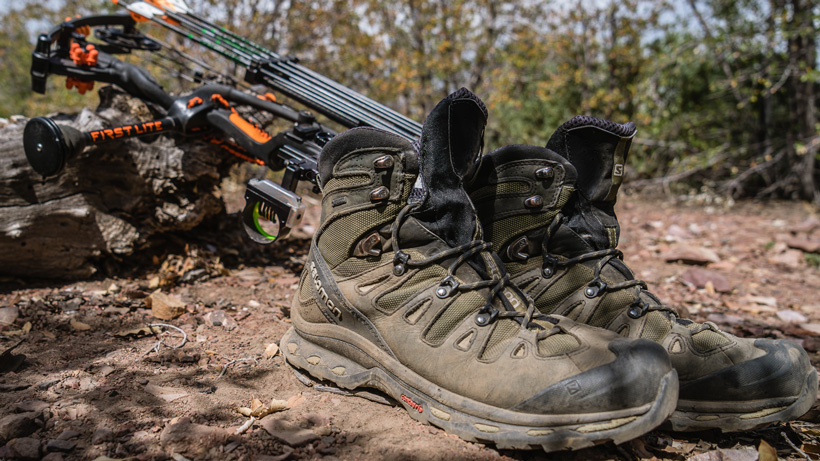 A lot of folks shake their heads at me when I tell them this, which is entertaining to me because I feel like this isn't a big secret nowadays. Some are just more daring than others, I guess, particularly those of us who are desert hunters walking around in the cactus-filled floors that we call home. Trust me, I know they hurt. I’ve experienced stepping on one more than a few times; however, if you truly want to close the distance on a wary buck—or any animal for that matter—dropping your boots is a great option. This will not only force you to lessen your footfall, but will force you to move slower. This is great because, if you are anything like me, sometimes you just get impatient and want to move. I suggest carrying a spare pair of thick wool socks in your pack for this exact purpose. Pull those socks all the way up and tuck your pant legs into them. This will keep the lower section of your pants from both rubbing on themselves and rubbing against brush. The less noise the better. 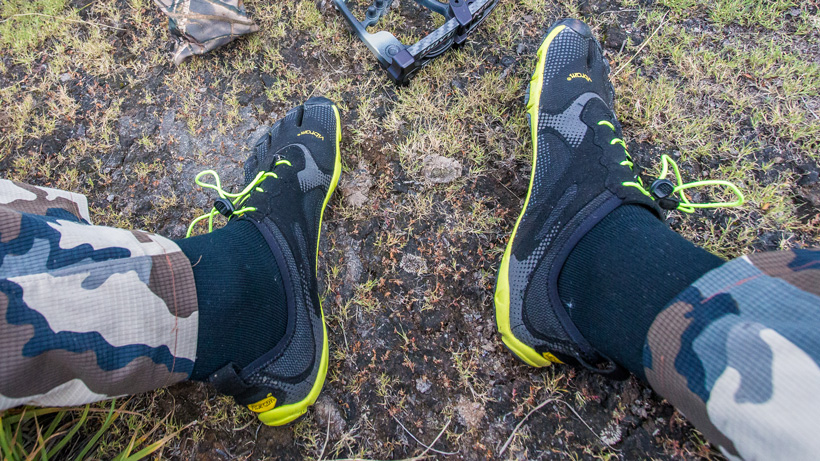 There are also other options out there for quieting down your approach. I have heard of people literally gluing carpet to the bottom of a pair of boots, wearing sneakers or, even, the Vibram five finger runners. 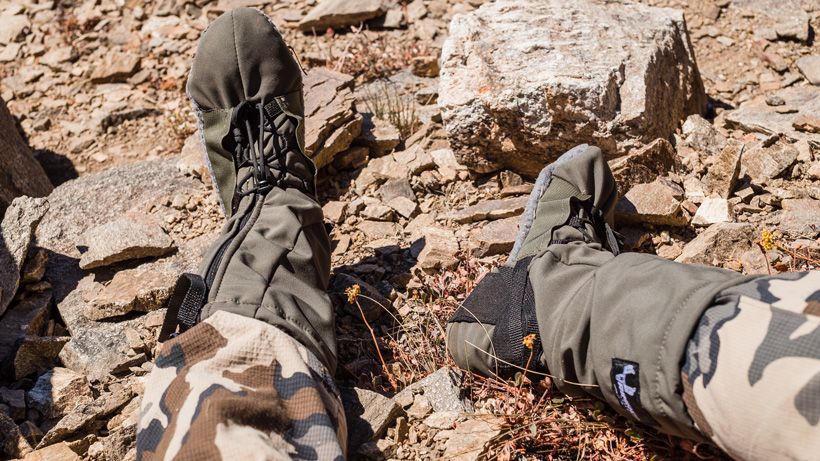 Aside from those ideas, there are other products available like Rimrok Stalkers that are made specifically for hunting to lesson the decibels during a stalk.

Let it play out

Let me start off by saying that this is way easier said than done. It's also something that is learned through repetition of being out in the field. Sometimes, the best thing to do in order to get close to game is not anything at all. Stalking to a certain area, getting comfortable and waiting could be the key to your success. Letting game come to you is way easier than you going to them. A lot more risk is involved with that. Some years back, I was on an archery Coues deer hunt in Arizona. First thing in the morning, we glassed up a solid Coues buck that was rutting does on a hill across the way. Sooner than later, I grabbed my stuff and headed in that direction. I knew that if I got to a certain point, then I would be able to wait for the deer to come to me. I just had to hope it was the right deer. To make a long story short, it was the wrong deer, but that is beside the point. I ended up having Coues does walk by me at a mere 20 yards right away. Soon after, I had a doe only 8’ in front of me! And this was all because I stayed put. Unfortunately, the big buck rutted a separate group of does that were off another way. But that's why this is called hunting, though, right? 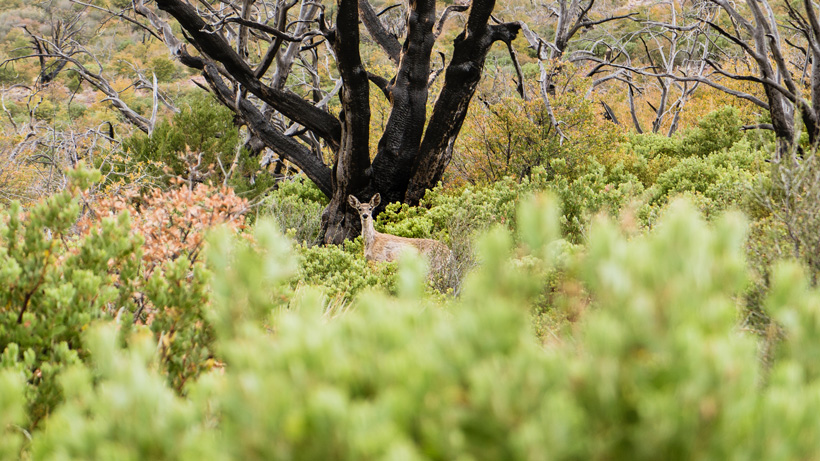 If you have bowhunted for any extended amount of time, you are likely familiar with the thrill of getting close to an animal. The act of doing so is often described as a chess match. Each and every move we make can have an effect on our approach—whether that is good or bad. This is a game that I feel I will never master, which makes perfect sense. As a bowhunter, I enjoy being humbled by the animals I pursue. It keeps me in check. It lets me know that this whole thing is bigger than me. The craving for that little glimpse of success seems to never fade. If you are just starting out down this path, embrace this and eat every bit of that humble pie that will be presented to you. The path of a bowhunter is an intoxicating one and the more close encounters you have, the more intoxicating it gets.