The ebb and flow of hunting spots 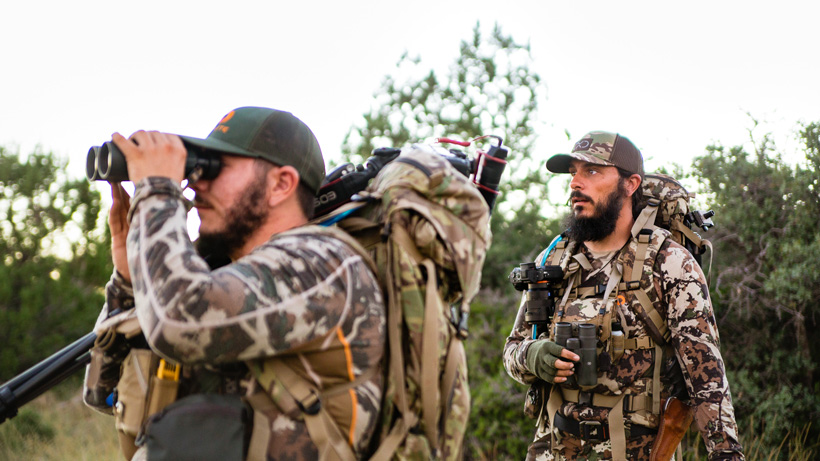 Just before dark, my brother and I worked our way along a ridgeline heading back to camp. There was one last spot we wanted to check for deer before diving into the burgers dad was cooking up over the fire. To our pleasant surprise, there were 11 bucks feeding in various openings before us. Our smiles stretched from ear to ear and we knew we’d just found a spot that would remain in constant rotation among our future hunts. Each and every year after that we could count on deer being around that piece of country. With time, though, things changed. Suddenly, what was once a spot that held a healthy population of mature Coues bucks barely provided a glimpse of a deer. It was disheartening to be honest. Like an old friend that had turned their back on you. With time, the ill effects of that grudge often dissipate and the same can be said about the country we hunt. Hunt long enough and you’re bound to see this natural ebb and flow of hunting spots. Several factors play a role in how honey holes turn into potholes.

In my first years of frequenting the deer spot mentioned above, there were very few people there. After spending literally years hunting that area with success, I can remember running into two other hunters and that’s it. Skip ahead a few years and things were much different. Every year that went by, I saw more and more people in my home away from home. And with more people, there were fewer and fewer animals. That’s not just intel I gathered from my own two eyes either. Even on trail cameras I had out, there were fewer photos of the bucks that drew us in at the start. Whether it’s from a hot tip or someone consistently seeing your vehicle in a certain area, people can eventually find out about spots. Then, they’re not so secret anymore. Animals will not tolerate it and will move on to greener pastures until the dust has settled. 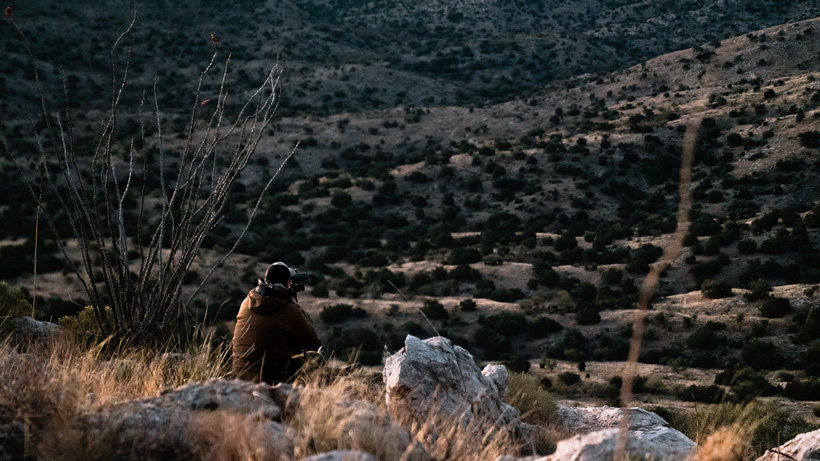 In terms of hunting pressure, we always focus our attention on other hunters and not ourselves. It’s easy to do that and place the blame on those who are not in your immediate circle. However, you can also have an impact on the country you’re hunting. As an eager young man, I found myself venturing into this area too much. I’d cover quite a bit of country, too, with my boots instead of staying back and glassing. Usually five to eight miles each go around. Soon, the deer caught on and I’d see fewer and fewer on my hikes. After I backed off, I saw quite a bit of difference.

During that first deer season in that spot as well as a few after, our rainy seasons were quite good here in Arizona. Winter rains and annual monsoonal moisture kept things alive and kicking. Plants were green, water wasn’t as scarce and the deer were healthy. We soon experienced a drought that was quoted the third worst in Arizona history. Those summer monsoon storms were nonexistent and the winter rains/snow were few and far between. I spoke with a biologist in the area conducting studies on the lack of moisture and the effects on trees. He said all of the trees in the area were on the brink of death. And with a shift in regular temperature fluctuation of only a few degrees, they’d perish. In order to survive, the animals had to adapt, which changed their normal patterns. 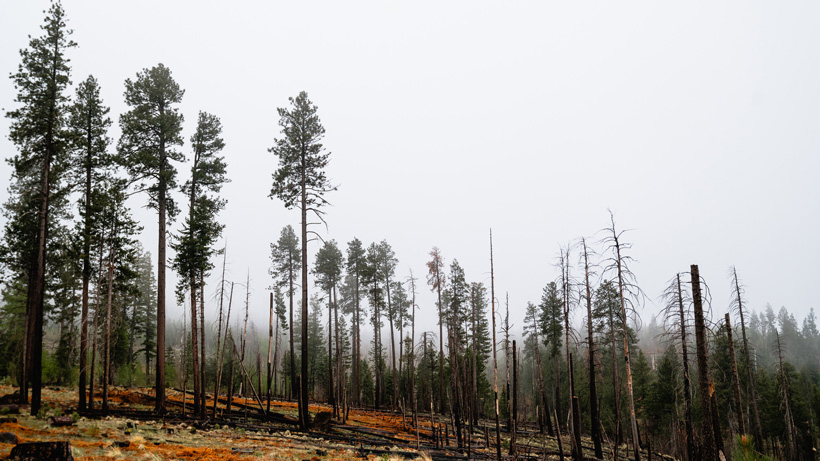 Along with hunting pressure playing a role on this ebb and flow, weather also can have a massive impact. Before this drought we experienced, animals were quite abundant and bucks were big. I remember counting seven different bears in the area as well. Once the lack of moisture set in, everything changed. Deer trails that were once heavily travelled were lost in time. Bears feeding on the acorn crop was a distant memory because there were simply no acorns. Trusty water holes that have filled my freezer year after year were bone dry. All of this because of a shift in weather. The drought would continue for years after the fact.

A friend of mine told a legend of a bear spot he had found quite a few years ago. After finding it, he informed me that the bottom of the canyon had more bear tracks than he’d ever seen going back and forth. A bear highway he called it. The scat was a plenty as well. He’d later call in three bears at one time, laying eyes on two of the biggest bears he’d ever seen, which is still true to this day. Soon after, a fire burned through that area and laid waste to the bear haven he held so dear. Of course, this caused him to move on and find new country. 14 years later, though, it’s finally back to what it once was. 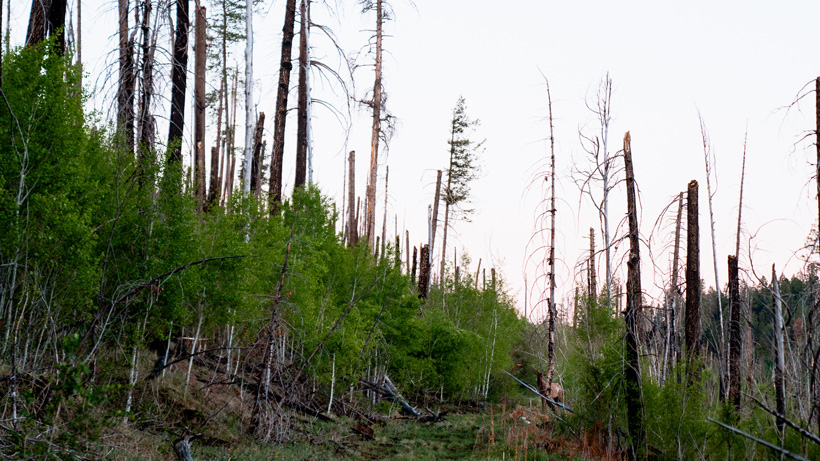 It is always a shame to watch a favorite area burn to the ground, especially when it’s not a naturally caused burn. No matter the case, burns happen and will have an impact on the wildlife. Whether it kills them or just burns up their food sources, things will undoubtedly change. With time, new growth will emerge and wildlife will follow. They are bittersweet, these burns. On one hand, you potentially lose a favorite hunting spot for a bit. On the other hand, you’ll likely get it back in the future and it might be even better than before, despite its different appearance. Will it take 14 years? That’s not what I’ve personally experienced, but it could. Even a few years after a burn have provided some great hunting from my standpoint.

All is not lost

Dealing with change is a skill that varies from person to person. Riding the natural ebb and flow of these hunting spots will make you a better hunter. It’ll cause you to look elsewhere — even if it’s a different area within the area you’re hunting. Being forced to change things up gives a hunter a better understanding of what animals do when certain things happen. Whether we’re talking hunting pressure or a drastic change in the weather, there is light at the end of the tunnel. Soon, folks often move on, weather patterns shift again, and the burnt country is greener than ever. A honey hole is a honey hole for a reason and it can come back just the same. 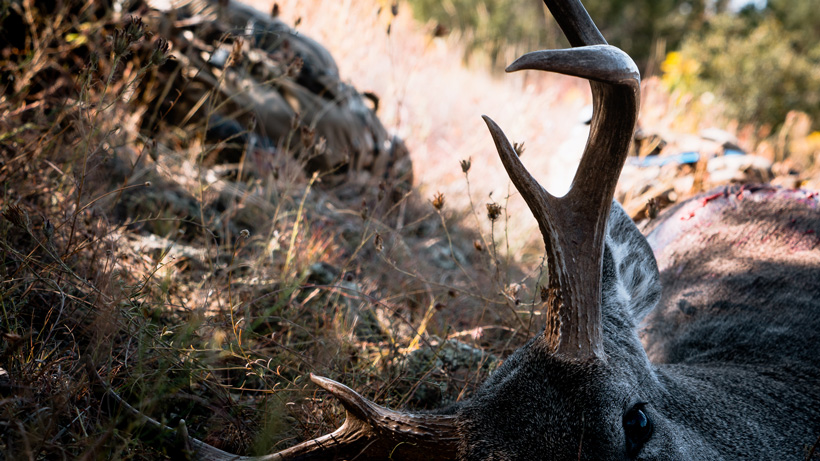 Many years after that first evening walk along that ridgeline, we returned with a new perspective. One that was much more educated than before. The deer trails were once again fresh and bucks were bigger than ever. It was a pleasure watching my dad squeeze off on one of them to cap off our hunt in this special place. Full circle is the best way to describe it. The end result of a total ebb and flow laid at our feet in the form of a great Coues buck. Ride that wave and roll with it.