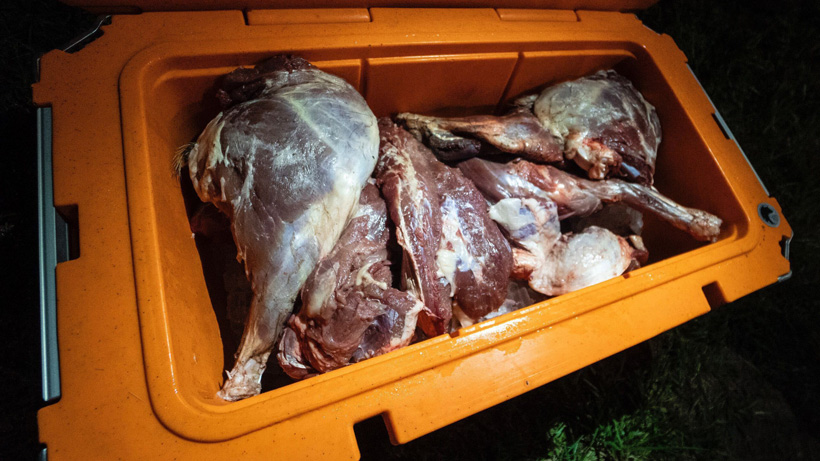 Do you like bacon, pulled pork and sausage? If so, I have a cheap hunt for you that can pay off with hundreds of pounds of meat! Over a decade ago, feral hogs were only considered a southern hunt, but today there are almost certainly populations near your home — no matter where you live. Feral hogs, which are not native to North America, were originally free-range pigs brought to the colonies in the 1500s by settlers as a source of food. Soon after, some escaped and adapted to live wildly in the lush environment of early America. In the early 1900s, the Russian and Eurasian wild boars were also brought to America for sport hunting and let go into fenced and unfenced hunting environments. Today’s feral hog population is a combination of all domesticated hogs gone loose, Eurasian and Russian boars.

Why do so few hunters hunt them?

I find that many hunters are indifferent about feral hog hunting for a variety of reasons. Some are not familiar with the availability, think of them as pets, or don’t know how good these hogs taste. Here are five reasons you should use your offseason to hunt feral hogs: 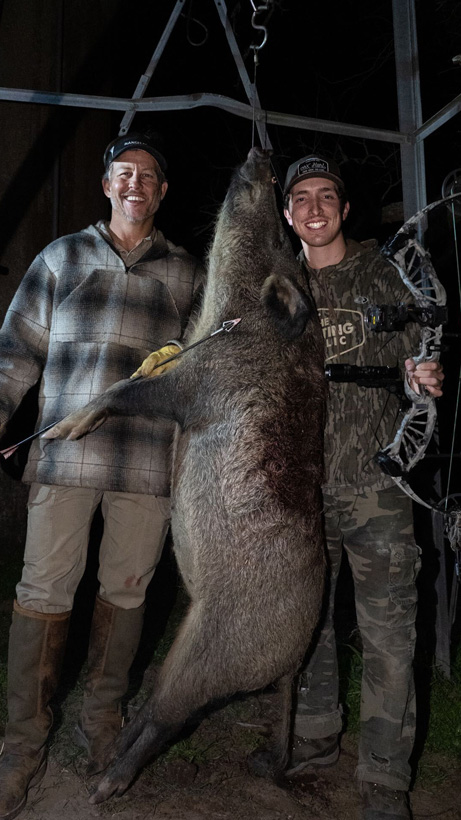 There is no other animal that comes to my mind that breeds as often as feral hogs aside from rabbits, of course. Sows, which are the female hogs, can have as many as two litters a year of up to 12 piglets in each litter. Hogs do not have a breeding season, which means they breed all year round. Their piglets can reach sexual maturity at an age of four to six months and then have two litters a year from then on, too. You get the picture: that's a lot of potential piglets running around — so many that the feral hog population is over 6 million and counting in the United States alone. That also equates to a lot of opportunities — even for your buddy who can’t hit the broadside of the barn.

With so many hogs running around, it is important to think of what their behavior is like and how they affect our property and economy. Feral hogs are very destructive compared to most animals in the wild because they don’t graze. Instead, hogs root up the ground, which can include agricultural crops, yards, gardens, and fields in search of food. Rooting is the process pigs use to upturn these areas of vegetation using their muzzle and tusks and can cause a lot of damage. Hogs also create wallows that can affect water quality, filtration and flow around wetlands and natural streams. The U.S. Department of Agriculture estimates that feral hogs alone cause over $1.5 billion of annual damage and control cost. Hogs have even been known to cause damage to natural landmarks, cemeteries and historical sights. Plus, they can carry diseases and insects that can be passed on to other animals.

With so many pigs, there is most likely a feral hog population near you, especially considering they are now found in over 35 states and counting. What that means to a hunter is that, unless you live in Alaska, you may only have to drive a few hours to do some hog hunting. Though a vast majority of hogs live on private land where agriculture is abundant, there are also a lot of hogs on public land. Due to the damage they cause to the agriculture, most landowners will gladly grant you permission to hunt them. Some may even pay you a bounty. What other species has private landowners paying you to hunt them? If you are struggling to find a place to go, there are a lot of guided hog hunts that cost $100 to $200 per hunt with incredible success rates — some up to 100% opportunity.

4. No season, no limit and cool guns 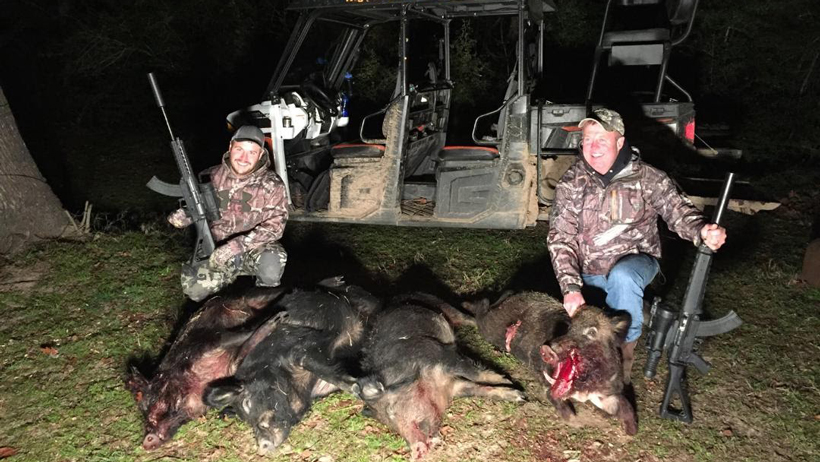 Feral hogs are open for season all year round. In most states, you can hunt hogs day or night, using bait or dogs and, in some states, you even trap them if that is your cup of tea. Typically, in most states, you can harvest an unlimited number of hogs each day and can have an unlimited amount in possession in your freezer. This is because feral hogs are an invasive species and are damaging and ruining habitat for the native species, resulting in loose regulations in many states. Hunters who avidly hunt hogs usually have some thermal or night vision scopes to increase their odds of putting an ethical shot on the correct quarry. These scopes are often on top of AR-15s or similar semi-automatic weapons, which are a blast to shoot.

The final and possibly most important reason that you should consider hunting feral hogs is for sustenance. Feral hogs can grow up to 300 lbs or more and can provide an excellent food source for you and your family. When butchered, cooked and cleaned properly, these hogs taste just as good if not better than store bought pork products. Not to mention these hogs are hormone and steroid-free: a truly organic meat. With over 6 million pigs and no season you might never have to buy pork again. 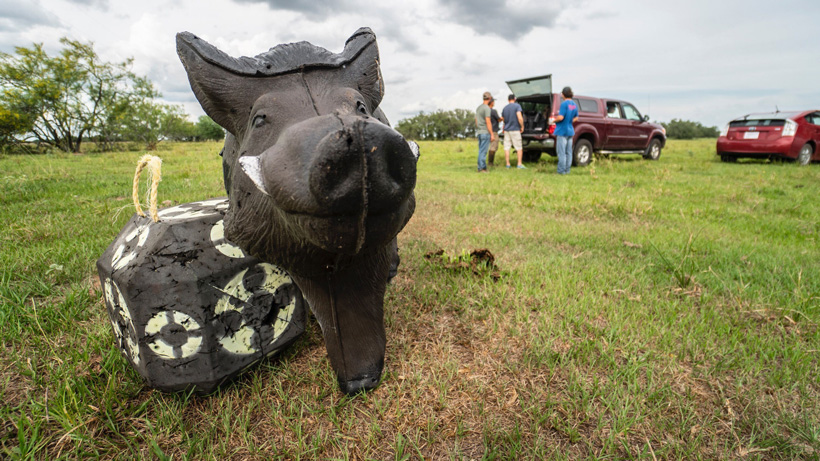 If you are looking for a fun cheap hunt with a lot of opportunities and a high chance of success, feral hog hunting may be perfect for you. When you hunt hugs you are not only providing necessary population control for an invasive species, but you are literally bringing home the bacon for you and your family. I would highly encourage all hunters to do some research, call some game wardens and find some hog populations near you. With an abundance of animals in the majority of the states, why wouldn't hunters want to take advantage of this tasty snack?