How to choose the best hunting partner

It was an incredible day. My hunting partner, Josh, and I had taken a great bull elk that was drawn in with a slew of bugles from Josh’s grunt tube. We made quick work of him and soon had the quarters ready to go. We had been extremely fortunate in the fact that the bull died less than a quarter mile from a road (seriously, how does that even happen?) and the packout was going to be a cinch. From the road; however, we were looking at a mile and a half hike back to where to truck was parked. The plan was for us to take a load down to the road and, then, while Josh went to get the truck, I’d finish the pack out. Before I even had my first load strapped in, I heard Josh mutter from down the hill, “Dude, I think I can take two quarters this first load.” I looked at him for a second, “Are you serious?” So, off we go with the first load; I’m packing a front quarter with some boned out meat and Josh has a front and a rear.

Once we hit the road I tell him I’m heading back up to skin out the head and get the last rear quarter as he sets off for the truck. Just as I’m finishing up the elk head, Josh arrives back to the kill site and begins to strap the last quarter onto his pack!

Not only had Josh walked back to get the truck, but now he was packing out a third quarter. He was a hell of a guy! 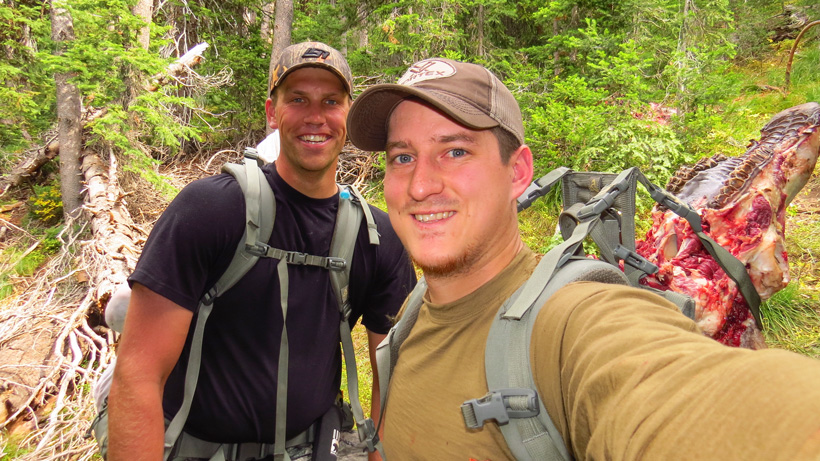 I’m one of the lucky guys who just happened to stumble into an excellent hunting partner off the bat, but this process, as simple as it may seem, can also be incredibly difficult. We’ve all seen the stories of guys who have driven across the country only to have a flaky partner ruin their hunt. While people are people and everyone has different qualities there are certain things everyone should look out for and make sure to consider when choosing the person to spend your fall with.

Money is the root of all evil, right? This is an unfortunate truth and something that needs to get out of way and exposed early on when choosing a hunting partner. The simple fact is, hunting is expensive (ask my wife!) and having a partner that is willing to share an equal load in this endeavor can makes things a lot easier. It’s beneficial to both of you and also establishes some accountability. This can be as complicated as you want it to be or as simple as “you drive today, I’ll drive tomorrow.” This can become even more apparent for guys who are coming from the East Coast or Midwest to hunt western game and looking at bills totalling in the thousands. The bottom line is that it’s a great idea to divide the shared costs for a hunt and divvy them up in a fair manner.

This is a simple enough facet of the relationship that can often get overlooked. It can also easily derail a trip early on. All of the partners need to be on the same page as to what they are expecting out of the hunt. Is one person interested in simply filling a tag while the other wants to hunt trophy class animals? What about accommodations? Some guys want the backcountry experience of hauling your camp in with you while others simply can’t do that. By finding like minded individuals the entire trip will be much smoother and more efficient. 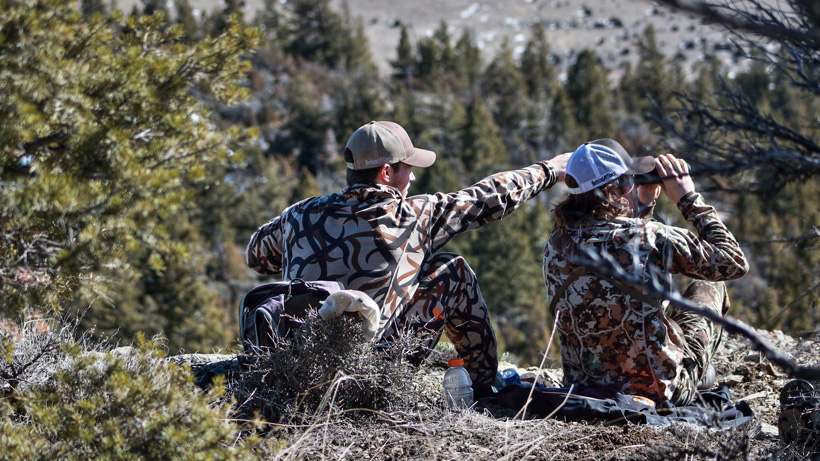 This is another one that goes nearly hand in hand with establishing your hunting goals in the early planning stages. If I’m planning a five day backpack hunt, I need to know that my hunting partner is also wanting to do the same and is totally committed to this adventure. This can be applied in many avenues from researching the hunt to gear purchasing. Any road bump can manifest into big problems rather quickly. When talking with a prospective partner, it’s important to lay out all of your ambitions and expectations of your hunt and make sure everyone is on the same page. 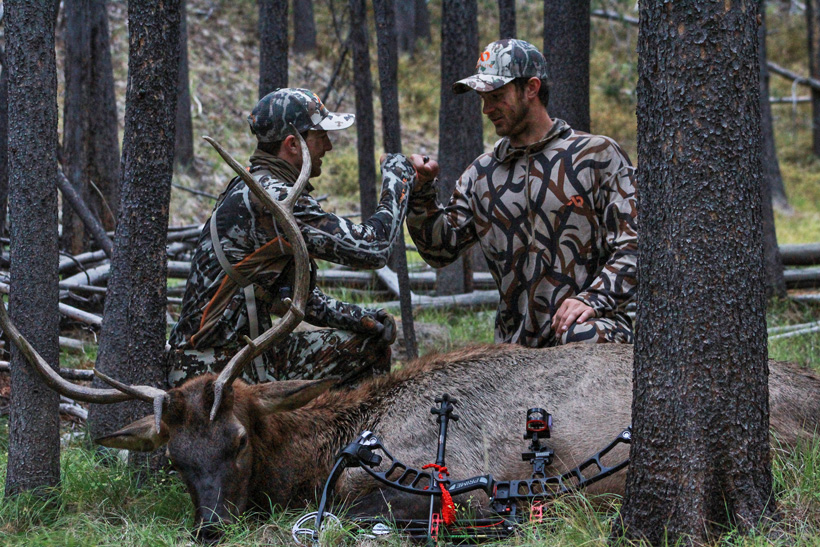 This is, in my book, the number one issue that causes great partnerships to fall apart. It doesn’t matter how committed your partner is to the hunt or how much they’ve invested financially, if all parties aren't as devoted to each other's success as much as their own then a hunt ending in punched tags is going to be difficult. This is widely apparent in guys pursuing elk and is typically caused by the lack of an established caller and shooter. If both of you are trying to play shooter then this setup will not really work. Figure out a system that works for you and your partner pertaining to this specific hunt and then make sure everyone is committed to the success of the trip and not just themselves.

This is always a gray area of discussion as the simple fact is that there is a large difference between a person who is conditioned to mountain hunting and someone who is conditioned to deadlifting 400 lbs. In fact, some of the most successful hunters I know aren’t sporting an impressive physique even though they spend nearly every day in the hills. Why? Because their bodies are just plain used to it. How do you put a value on physical fitness in your partner? While I’m not going to build a workout regime for my partner I am going to expect them to put some effort into preparing for the hunt. Cardio workouts and weighted pack training are always high on my list and, admittedly, something I think everyone could always do more of. The last thing you want to find out when you down a bull four miles from the truck is that your two loads to pack has now turned to three because your partner is totally gassed. This can also be tied into your partner's commitment to the hunt. 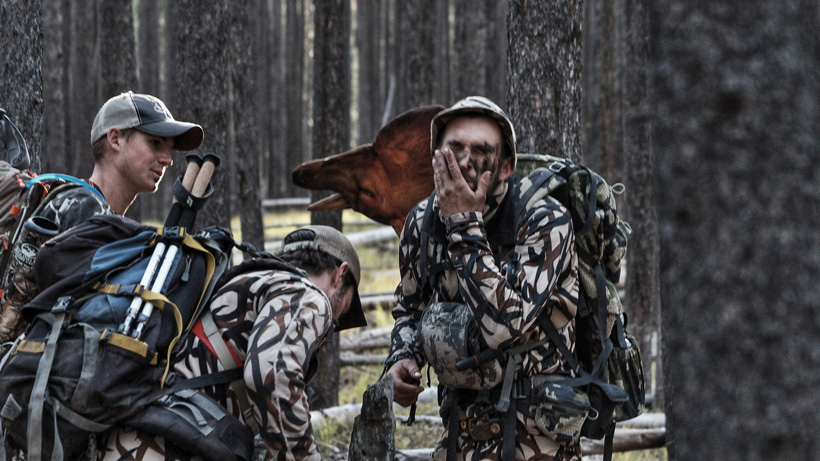 Above all else, mental toughness is the number one thing I look for in a prospective hunting partner. A guy that is mentally tough will keep things positive when the hunting is anything but and help keep your head in the game. One of the biggest areas where mental toughness will be tested is in the final task: the pack out. When you're packing an animal out of the woods for distances longer than a few miles you will have a lot of time to be stuck in your own head as you slog out to the truck, one foot after another. This is generally the time guys start telling themselves they simply can’t continue and having a strong mental game in your partner and yourself at this point will be pivotal. While physical strength can be important, there is a certain point where mental toughness will simply win out.

Another small, albeit important, factor to hit on is secrecy and trust with hunting areas. We work hard every fall to find new hunting spots and, when you land on a honey hole, it’s easy to get protective. If you choose to take your partner into your area or they take you into theirs, it’s important to lay out exactly what you expect of your partner in terms of secrecy and access and vice versa. While this may or may not be public land, this is just common courtesy and something most guys will hold in high regards. Yet, if mistreated, it could also lead to disaster in terms of the partnership.

As I stated earlier in the article, people are people and each person will certainly possess their own unique traits. So, the big question becomes “How do I find the right partner?” For the most part, it’s going to be pretty hard to take a glance at someone and judge all of the qualities you are looking for, but there are a few options that can make this selection easier. Obviously, you don’t want to come to the realization that your newfound partner and yourself don’t mesh when you are on day three of a seven day trip so there are several pre-season excursions that can be a great exercise. Shed hunting, fishing or just going for a hike can be excellent in early assessments, but, by far, my favorite option would be a multi-day backpacking trip. Even if you only plan on day hunting with your partner, a multi-day trip will put anyone out of their normal comfort zone and generally allow you to make a very honest assumption of their abilities as well as your own.

Take a look into the mirror 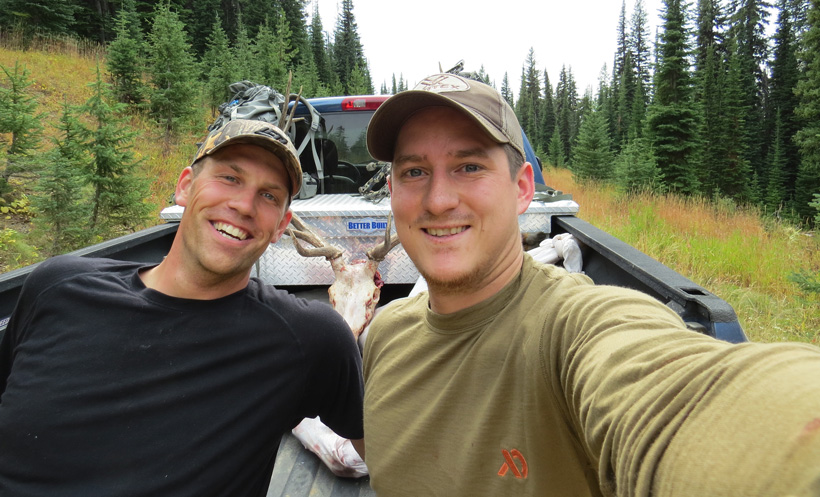 Lastly, it’s very important to look into the mirror every once in awhile and evaluate your own skills and attitudes. While you're looking for a partner that other person is also doing the same and it is important to broadcast yourself honestly. While you may not have the backcountry experience your new partner has they may be interested in taking you under their wing and teaching you what they know. Conversely, they may move on to someone else. It’s just all part of the selection process. A good hunting partner can be the most valuable tool you have in your arsenal and can lead to a lifelong friendship and memories you’ll share forever