Dealing with "failure" on a hunt

Failure is something that you will absolutely deal with if you are a hunter. We fail more times than not on our excursions, am I right? How do we deal with such occasions? How do we get back up after being knocked down again and again? There are folks out there that have never killed a deer before, but they keep going.

Then, for some of us, there is wounding an animal and not finding it. Coming back from that is a hard thing. It reminds me of the first bear I ever shot. I remember it as if it were yesterday. Bear season was on the forefront of my mind for the past few months. Over the course of that time, I had been all over my home state scouting for the occasion. Many sweaty nights were spent out in the Arizona desert in search of a weary black bear. On the last day of our August season, I went into a spot that was always in the back of my mind, but one I had never hunted. 30 minutes into the hunt, a beautiful chocolate bear came strolling down the hill in front of me. After what seemed to be an eternity mixed with an anxiety attack, the bear gave me a shot. The bullet was gone and the bear was hit. 24 hours later, my tag was still in my pocket. Once again I had failed. Or did I?

Everyone has to start somewhere 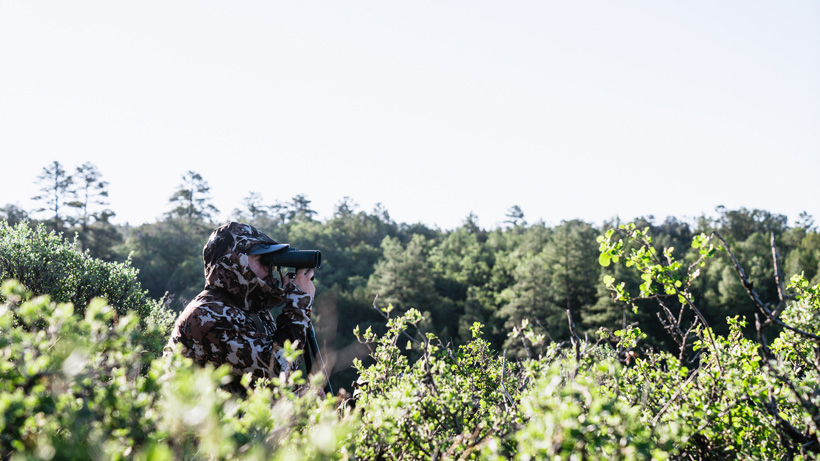 If you are just getting into hunting, let me tell you something: No matter how many deer that you watch get shot with arrows in 25 minutes on TV, that is simply not how things really are. There are not elk bugling behind every tree in the real world. The fact of the matter is hunting is hard. It's normal for us to experience failure out there, especially if you are a beginner. Hunting seemed downright impossible to me at times. Many times, I wondered to myself, "What am I doing here?" However, the point of all this just wasn't clear to me at the time. Here is a question for you: When you first picked up a bow, could you send an arrow into a bullseye at 60 yards? Probably not. You had to work in order for that to happen and, eventually, you got there. After a lot of time and practice, that bullseye was met with an arrow from 60 yards away. Hunting is the same thing. It takes time and everyone starts somewhere.

Staying positive on a hunt 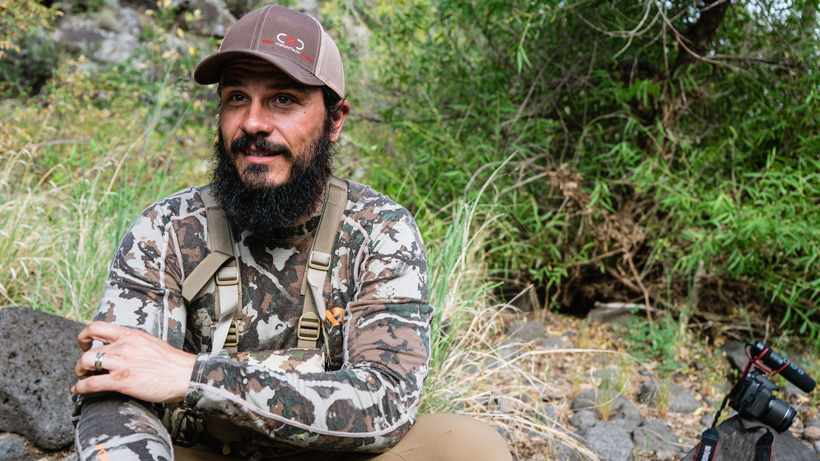 Throughout the course of our many "failures" in the field, one thing needs to be a constant: staying positive. Why? Well, I am of the opinion that the more positive you are, the longer you are going to stay out in the field. Whether you are tracking blood or you are just looking for your first animal of the day, positivity is going to lend itself to persistence. If you've hunted for any amount of time, I think you can appreciate the value of persistence. I should say "persistence and patience." Staying positive is also just great for morale. When you are out there with a friend or two, if one person is a negative Nancy, it puts a damper on everyone. The entire mood of the group gets tainted. Remember, this is all supposed to be fun. When your buddy is down, be the one to lift him or her up. By working together like this out there, you are building a great support system for your hunts. Stay positive and stay in the game.

Don't pay attention to others (outside influence) 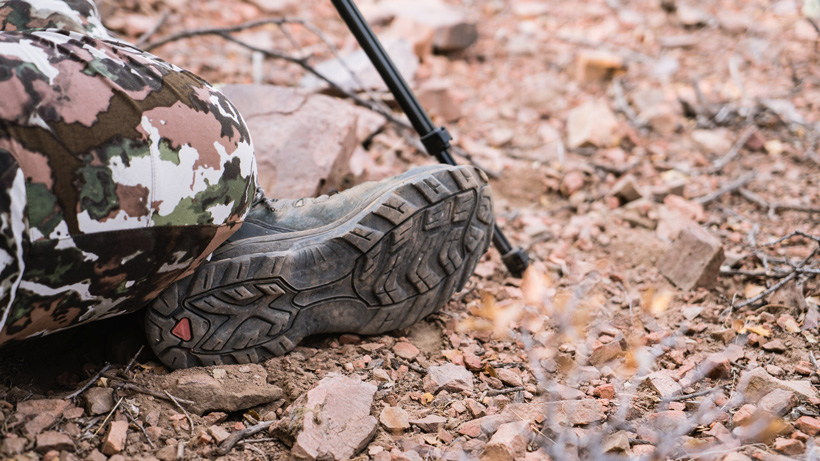 This is a big one and super difficult to deal with at times. Because of our social media-driven society, we tend to see a whole lot of success on the internet. Makes sense. Why would someone highlight their failures? Once hunting season hits, the newsfeeds get filled up with big bucks and bulls from all around. We see all of these animals getting tags wrapped around them and then there is us: mere mortals just trying to grind through our tough hunts and come out on top. As tough as this sounds, try not to pay attention to this stuff. I remember feeling like a huge failure for not having one of those pictures in that newsfeed. Stupid, right? I couldn't help it. It made me feel like, "Why can't I do this?" Focus on your own hunt and not the hunts of others. 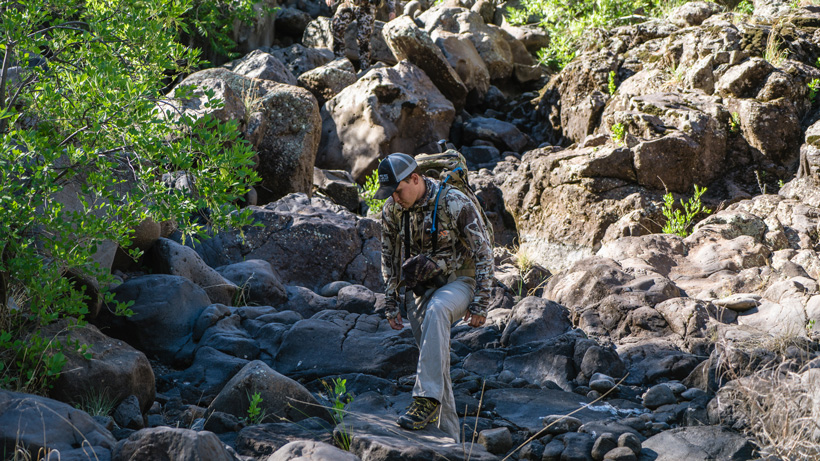 In my eyes, there is no real failure in the field—only lessons and opportunities. That was hard for me to see when I first started. Between my thirst for success and lack thereof, I was blind. We get so wrapped up in what's on the surface that we simply don't see beneath it. Each time that we don't fill a tag, can't find critters or lose an animal, it is not a complete loss. It's actually quite the opposite. You are gaining in the areas in which you need to be more successful in the future. All of that time down on your hands and knees tracking blood is not just for the task at hand. The hours spent behind optics without a sighting are not hours wasted. You are building up a foundation of skills that will make you a more educated hunter in the long run. This thing we call "failure" is actually a gateway to success. 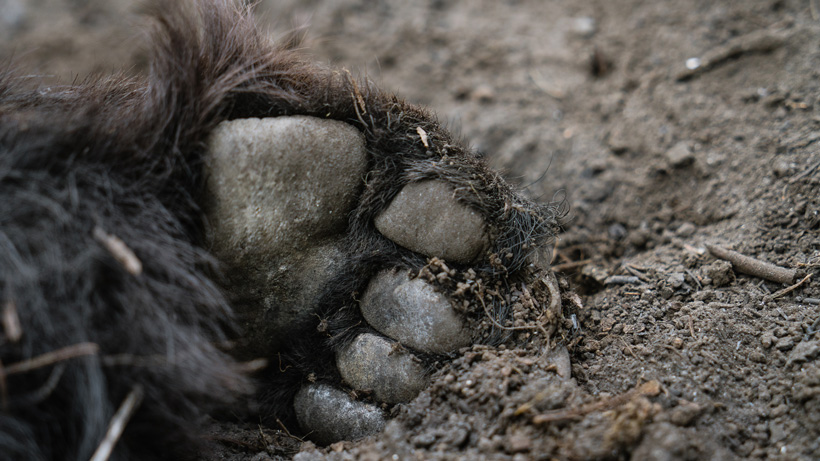 In the end, I spent 14 hours tracking that bear through some of the thickest country out there. I crawled on my hands and knees through the brush and even into caves looking for the wounded boar. Based on the sign, we deemed him to still be alive. The bear was never found and I still think of it to this day. Those memories are ones that you can't just shake. They stay with you. It made me sick to my stomach and, between us, I almost stopped hunting bears that year. After many weeks of internally battling with myself, I decided to give it another go a few months after the fact. That morning I harvested my first Arizona black bear. Because of what happened a few months before it made me appreciate the bear even more. Putting my hands on the animal for the first time almost brought me to tears I was so happy. No matter how frustrating failure is, it is all part of the learning process. It's what gives us the tools to do better next time. If hunting was easy, it wouldn't mean what it does to us.