Bringing new hunters into the mix

It’s likely that you were introduced to hunting and the outdoors by your father. He brought you out into the field on various adventures and showed you the ways of the wild. He showed you how to find sign of game, what that sign meant, and what to do about it when you found it. You experienced nights around a campfire and were told stories of past hunts that took place well before your time. Hearing those stories and being involved in these hunts invoked a drive in you that would burn way longer than any of those campfires. Now, you are telling stories of your own around a crackling fire. The torch of inspiration is in your hands. Sounds all well and good, right? Perfect even. Well, not everyone was fortunate enough to grow up like that.

As the years push on, I hear about more and more folks getting into hunting later in life. This is both discouraging and encouraging to me. It's discouraging because that means that more and more kids are growing up not being part of the outdoors. To many of us that grew up in the outdoors, this sounds foreign, but it is very real. The encouraging part is that it seems there is a natural interest among people nevertheless. Something inside of them wants to participate in the hunting world and they are drawn to it. It's as if their natural instincts are kicking in— the very instincts that their ancestors used to survive all of those years ago. Hunting is one of the most natural things we can do and I think this idea illustrates that. In a world where hunting is being attacked constantly, these folks should be welcomed with open arms into our community.

I had the privilege of speaking with some "adult-onset hunters" about their experience thus far. I asked them why they wanted to get into hunting, what some of the challenges were they faced jumping into this later in life, and if there was anything they'd wish the hunting community would do differently when it came to talking to folks like them. Their answers were pretty consistent across the board. Right off of the bat, they felt like there was a challenge in making a connection with the veterans or elders of the sport. Sadly, there has always been a sense of so-called elitism within our world and these new hunters can smell that. They made it clear that the word elitism didn't describe everyone, but definitely some. I understand not wanting to give out your hunting spots, but these folks are just looking for a push. Another thing that jumped out to them was how many of us see animals. There is a great deal of hunters that seem to put a great deal of their focus on the inches of antler or number of kills rather than the big picture. We are guilty of objectifying animals, which, in turn, makes some of us come across as trophy hungry. In that light, all we look like are killers, not hunters. Big bucks are cool, but big experiences are better.

Aside from some unfortunate negative things they have noticed, they also had a lot of positive things to say. One mentioned how amazing it was that we get a chance to escape from our normal lives and venture off into a wild one. In my opinion, this is just plain healthy. We need to decompress and these newcomers recognize that and are reveling in it. The art of slowing down to the pace of the mountains is one that is not easily learned, but, for the willing student, is well within grasp. This translates into a win for them whether they fill a tag or not. It is an opportunity for them to better themselves as people. With that, they return home to their families as a better self. Once they filled their first tag, it made them feel like they were part of something way bigger. Being involved in the whole process from start to finish became intoxicating to them. The circle of life.

As far as why they wanted to get into hunting, for many, it was the lure of quality meat. However, that was them looking from the outside in. It's only natural, right? The thought of heading off on some adventure, harvesting an animal, and bringing it home to eat just sounds primal. For many, it is a part of our lives that has left and something which many will never experience the riches of. No longer do we have to do this, but there are still those of us that chose to. It wasn't until they really jumped in and got into the field that they realized all of the other benefits to hunting that far surpass acquiring our own meat.

I think it is important that we take note of the perspectives we are giving off to others. These perspectives that I have shared here came from now-dedicated hunters—just like you and me. It's unfortunate that they saw what they saw in terms of the negatives. This can give us a better understanding of how to better our sport and encourage people to participate. All we know on the surface is what we see. What we see through our own eyes is not always the most important though.

Three is a Crowd

All of us have our own little cliques: the group of friends that gets out together every year to head into the field with a few tags and wits about one another. They are sacred times and some that you'd have to pry from my cold hands way after I had passed. The fact of the matter is, though, that this way of life is also sacred. It's not all about us and the little world that we live in with a couple chosen few. It's bigger than that. I said earlier that there were fewer kids growing up without a parent that hunted or fished. Because of this, it is up to us to mentor these willing individuals and show them the wonders of this life we love. So, while three might be a crowd, that third wheel you invite into your camp could be the start of a whole new vehicle. Think about it. They will pass down the tradition to their kids and their grandkids. It is a push in the right direction and positive momentum for the future. 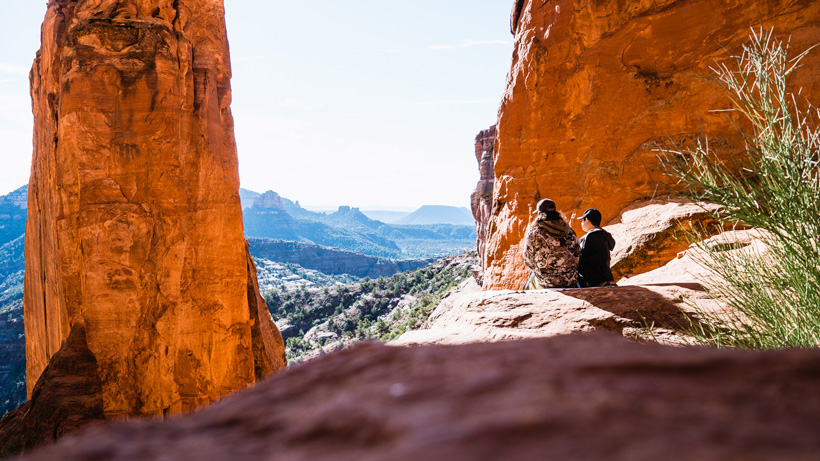 A lot of these "adult onset hunters" are just hoping for a nudge. A friendly reminder that they are not alone and you are there to help them out if need be. Do you have to bring them out on every hunt you go on? Not at all. Do you have to wait on them hand and foot in camp? Not even close. They are just looking for a bit of guidance. At one time, we all needed guidance. This is how we have arrived where we are today. Not just in hunting, but in life. We learn from those that are wiser than us. Why not bestow some of that knowledge onto someone and show them how to respect what we've built?