Becoming the "10%" — how to be a more successful hunter 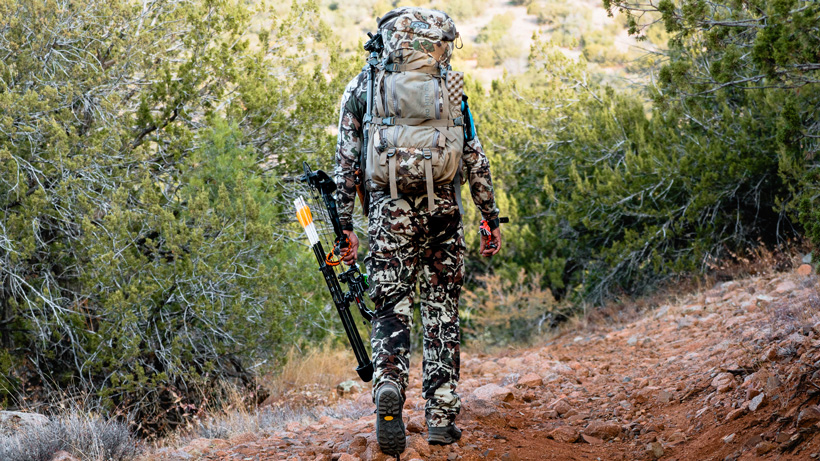 In my younger years, one of my favorite things to do was plop down on a Saturday morning and watch hunting shows with my dad. These guys made it look so easy. It was the same hunters, too, might I add. Time after time, year after year, bucks, bulls and whatever else they were hunting would hit the ground. I felt the same way about flipping through hunting magazines. The same faces graced the pages with each lap the earth took around the sun. Grins from ear to ear sitting behind a set of giant antlers. And, again, I noticed the same pattern on hunting forums and social media. For some reason, it is the same exact people every season filling tags. The old saying goes, “10% of the hunters kill 100% of the game.” I accepted that as truth, but questioned how to become part of that 10%. Were they all just that lucky? I’m a far stretch away from a master, but I’ve managed to maintain a consistency throughout the years with filling tags. I’ve also had the pleasure of observing “the how” of very successful hunters around me. There are no doubt some commonalities I’ve noticed among the “lucky” 10%.

My first years of learning to bear hunt here in Arizona were rough to say the least. I just couldn’t crack the code on these things. So, when a bear hunting mentor of mine offered to come out scouting with me, my truck door flew open for him so fast it dang near came off the hinges. Before that, though, he said, “Meet me at this gas station at 1 a.m.” I’m no stranger to getting up early, but that was next level early or I guess it could be called late at that point. We found a great bear that morning though and that’s when everything started to click for me. This guy was one of the most successful hunters I knew and now it was apparent why. 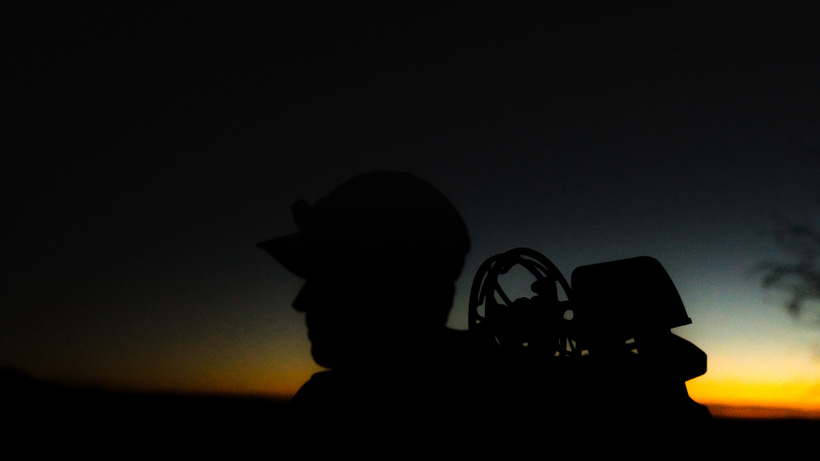 Nothing is too far and no alarm is too early. The boundaries that most hunters put up are nonexistent among the 10%. I’ve noticed that all of them have a no quit, whatever it takes attitude. If the only way to effectively hunt an area is to hike three hours in the dark before light, then that’s what they do. If an animal is a 45 minute hike away and there is an hour left of light, guess what? They’re making a run for it. I’ve also noticed that most hunters indeed know this stuff. They know what it would take to kill that animal. However, what separates the 10% from them is the 10% are willing to actually do these things and much more. They are relentless and there is no stopping them.

A mind built of steel 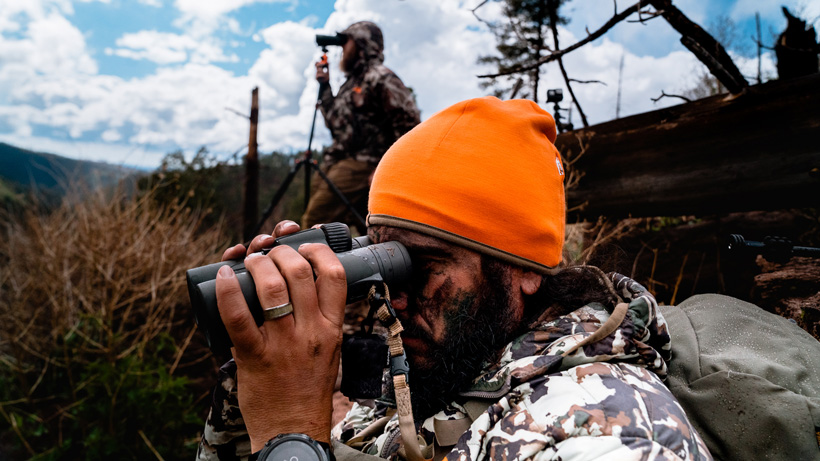 Tough hunts have a way of eating away at someone. The day after day grind of no animals, bad weather, hunting pressure, etc., can become all too frustrating. And I can guarantee that every season I’ll witness someone throwing in the towel for one of those reasons or similar ones. Which is a shame really. This thing that we look forward to so much being tossed at the wayside because the hunt wasn’t as smooth as we envisioned. Things are rarely perfect on hunts and tags aren’t going to be filled sitting at home. When that 10% becomes submerged in a pool of adversity is where they really shine. Mental fortitude is a value that is rich among them. They know how quickly things can change and, by merely being present, they are opening themselves up for opportunity. These hunters know how to take a hit and run with it. Which brings me to my next point.

Failure is their friend

With my headlamp bouncing up and down through the high desert of Arizona, I had a smile on my face. I had just experienced the best day of bear hunting ever and while there were arrows missing from my quiver, my backpack was squeaky clean. My arrows indeed took a one way trip to the danger zone, but never connected. Nonetheless, the numerous lessons I learned that evening was worth much more than just my arrow zipping through the lungs of a bear. Don’t get me wrong: that would have provided some much appreciated instant gratification. However, the lessons are part of the long game and are equally appreciated. 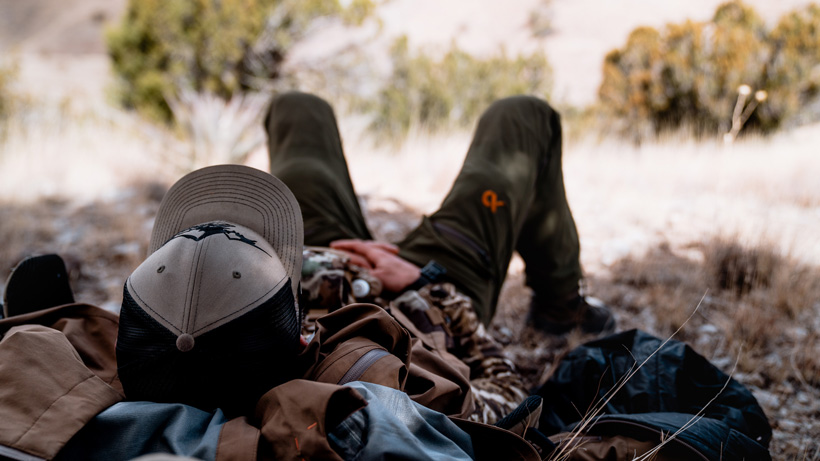 If there is just one thing that all of these consistently successful hunters have in common, it’s that they’ve all failed beyond belief in the field. What differentiates them from the rest is that they’ve learned how to take their failures and look at them more as lessons instead of something negative. Failure is often looked at as a bad thing, but in all reality it puts you that much closer to success. Whether it’s missing a shot or blowing a stalk, you just learned something valuable that you didn’t know beforehand. In these moments, genuine gold nuggets of information are bestowed upon us. These are things that we can only learn from being in the moment, in the field. So, no matter how bent you might be about messing up, recognize where you fell short, but let it shine light on what you can do right next time. Failure is a friend, not an enemy. 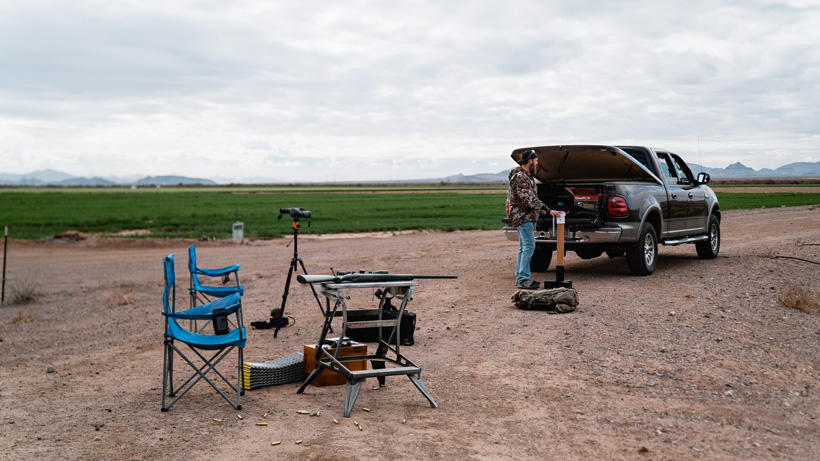 You see it every day. I’m sure you do as your thumb effortlessly glides across the screen of your phone. Some hunters out there are hitting the ground running literally every day in preparation for their hunts. Whether it’s shooting, training or scouting, they’re committed to the game that they play and have every intention of winning it. And, as we’ve established, quite often they do. While some might think it’s for attention on social media, this hunting preparation is far from that. These folks know how stacked the deck is against them and are trying to mitigate that at every turn. Instead of waiting to get lucky, they make their own luck through unwavering effort and dedication. A professional fighter doesn’t sit on the couch eating bags of chips before a fight. Athletes like this train hard with purpose and they train to win. Hunting is no different and that’s why these select few hunters tend to get more opportunities than others. And, just like a fighter, when that opportunity presents itself, they recognize it and capitalize on it.

When the rubber meets the road 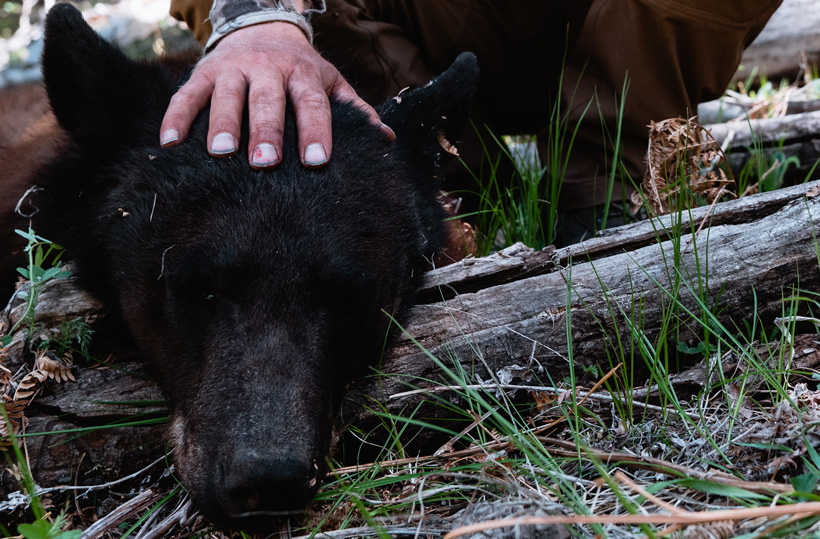 Every person I’ve met or talked to in the 10% club shares what I’ve listed above to some degree. What is evident after talking about all of this is that if you want great results, then you need to put out great effort. There are no magic tricks to being part of the 10%. It isn’t a certain piece of gear that will push you into the success bracket. Just choices and acting upon them. Being willing to do what most wouldn’t, go where most won’t and embrace every aspect of hunting from the preparation to pulling the trigger. Revel in both failure and success. Enjoy the whole process. That’s the secret. 10% of the hunters do kill 100% of the game, but they put in 90% more effort to get there.