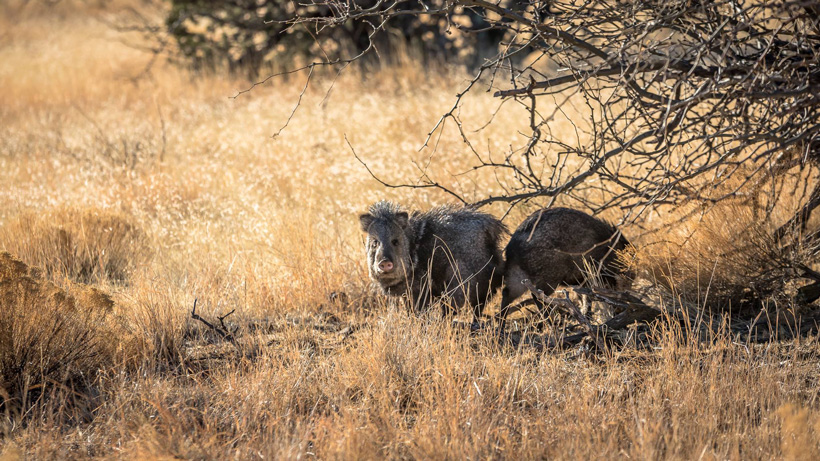 More than a few times, I have said the word javelina to folks and received a blank stare in return. You'd be surprised at how many people don't even know what they are. Being an Arizona resident who lives and breathes the outdoors, I have become very familiar with these little animals. During that time, I have also gained a love for hunting them. My first big game animal ever taken was a javelina I shot with my dad. We found them cuddled up in the bottom of a wash right below us. My dad made a great shot on a nice boar and I actually ran out of ammo shooting at these little guys. While field dressing one javelina, more came trotting down the wash towards us. Lucky for me, my dad had one round left and the rest is history.

What is a javelina? 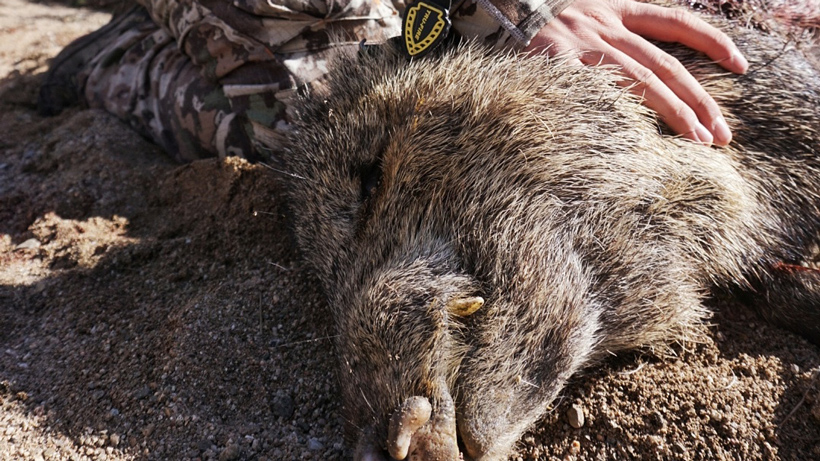 If you happen to be part of the crew that doesn't know what a javelina is, let me enlighten you. Javelina derives from South America and are also known as the collared peccary. Their range is still expanding and they actually have one of the largest latitudinal ranges of any New World game animal. You can find these animals from Arizona to Argentina, believe it or not. Here in Arizona, they have gained the nickname "skunk pig." This is due to a scent gland on their backs that emits a skunk-like odor when they feel threatened. Contrary to their nickname of "skunk pig," they are actually not a pig at all. In a sense, they can be compared to a 35 to 55-pound rodent. The New World peccaries are closely related to the Old World pigs, but they are different than pigs. Don't let that scare you away from hunting them though. This is a super fun animal to pursue and a perfect one if you are a bowhunter. Because of their poor eyesight, these are perfect for stalking in close with archery tackle. The tough part is going to be finding them. They only stand about 2 feet tall, which is the perfect height for them to stay undetected beneath the grass line. 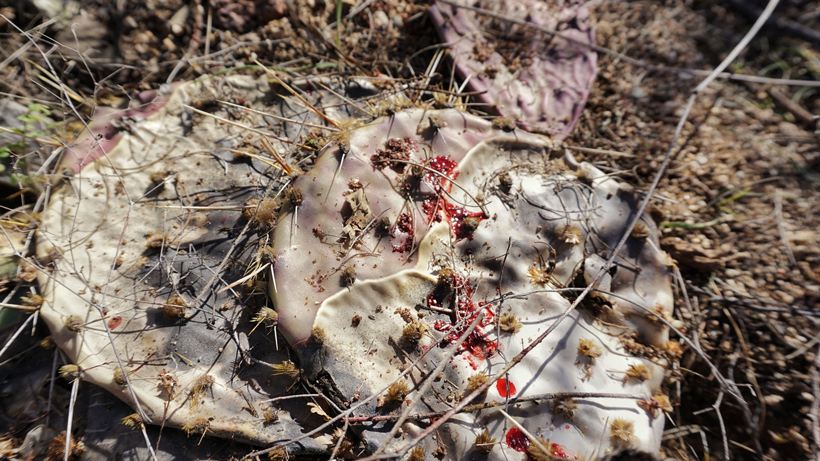 Arizona offers hunters plenty of opportunities to get out and chase javelina with a variety of different weapon types. Spring seasons usually range from January until March and fall hunts land between the end of August and November. Another added bonus to hunting these collared peccaries is that you can take two animals per year. There are some stipulations to that. No more than one javelina may be taken per open area. For instance, you could fill a spring archery only tag that you won through the draw system and then go fill another tag that you bought over-the-counter (OTC). However, you couldn't buy two OTC spring tags. 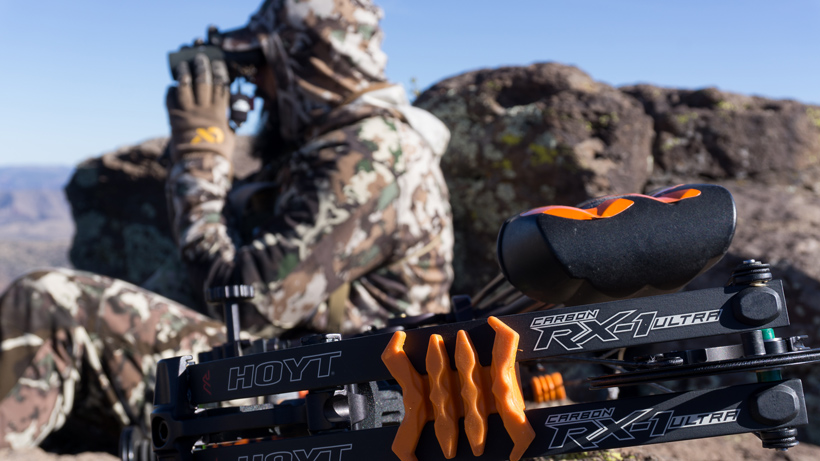 If you are a bowhunter and haven't jumped on the javelina train yet, I urge you to try it out. Chasing javelina with a bow is just plain fun. Arizona offers the eager bowhunter a few options for hunting. My favorite would have to be the archery only spring hunt, which spans almost the entire month of January. During this time, you can not only be glassing for javelina, but you can also be keeping your eyes out for rutting bucks! Yep! You can hunt mule deer, Coues deer, and javelina with your bow at the same time. Talk about a good time! If you are interested in putting in the draw for this hunt, watch out for the spring regulations to come out the year prior. The deadline to put in for this season is normally around October 10.

Don't want to put in the draw? That's fine. You can pick up an OTC archery javelina tag (non-permit tag), which is going to be good for the last half of December as well as the whole month of January. These hunts offer less opportunity in terms of units to hunt in but can be great nonetheless. Like I said above, you could purchase one of these OTC tags and draw a spring archery only permit, so you could actually fill two javelina tags in the same year.

No, this is not called the HAM hunt, because we often call javelina pigs. HAM stands for Handgun, Archery, Muzzleloader. It is an awesome hunt that takes place mid-February that offers you quite a few options for weapon choices. If you want to go on this hunt, you will have to put into the draw and hope for the best. The Arizona Department of Game and Fish designed this hunt to more evenly distribute hunters throughout the landscape after experiencing immense pressure in the 1970s.

If you prefer to hunt with a rifle, you can put in for the spring general tag. This hunt takes place at the end of February/beginning of March and spans about a week. This is a great hunt to take someone on that may be new to hunting. The javelina is plentiful and the weather is beautiful. Take note that this is a "general" tag though. This means that you can use any firearm, pre-charged pneumatic weapon, crossbow, or even bow and arrow. The choice is yours.

I wouldn't say there is a ton of opportunity in the fall, but there is opportunity nonetheless. If you so desire, there is an OTC archery javelina tag with limited available units to hunt between the end of August and middle of September. Be sure to do your research on open areas to hunt. Other than that, the fall is pretty much the time for youth hunts when it comes to javelina. These youth javelina hunts run from around the first part of October until the end of November. Hunts must be applied for through the drawing system and are general tags, which we covered above. This is a great time to get the kiddos out and have some fun. 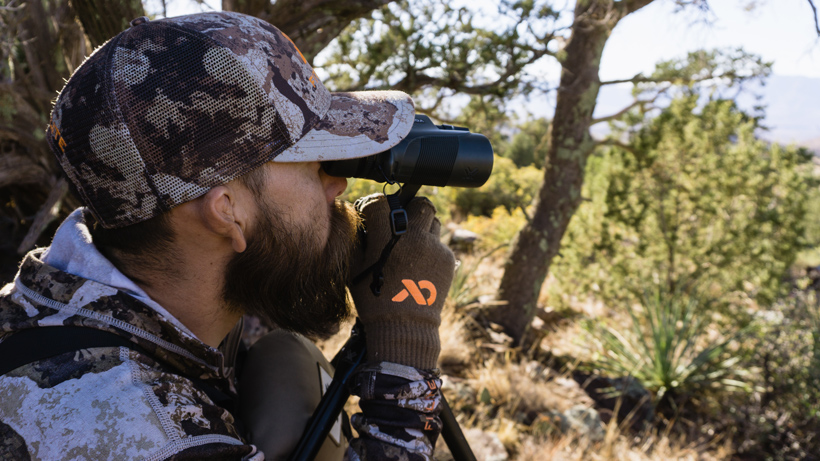 Javelina is going to be best found by sitting up high and glassing with your binoculars or spotting scope. Pick a vantage point where you can see a great deal of the country, plop down, and start scanning the surrounding hillsides. This isn't just a morning/evening thing either. Actually, most of the javelina I see are between late morning and late afternoon. They don't possess an undercoat so they hate the cold. Because of this, I like to focus on sunny hillsides with lots of prickly pears when available. Javelina love to eat prickly pear cactus and they will be out sunning themselves to warm up. Another great place to look for them is in the bottom of desert washes. I often find them bedded in these areas, which offers a perfect stalking setup. In general, these animals will be found in groups of six to eight and even up to 30 in one herd. Once you have spotted a herd, you can usually rest assured that they will not move too far from where you first spotted them. This is great to know as you make your approach if you need to get closer. If you want to change things up, javelina can also be called in via predator call or you can also buy javelina specific calls. Watch out, though, cause they often come running and they don't have great eyesight. I have heard of folks calling them in and actually almost getting ran over by them! 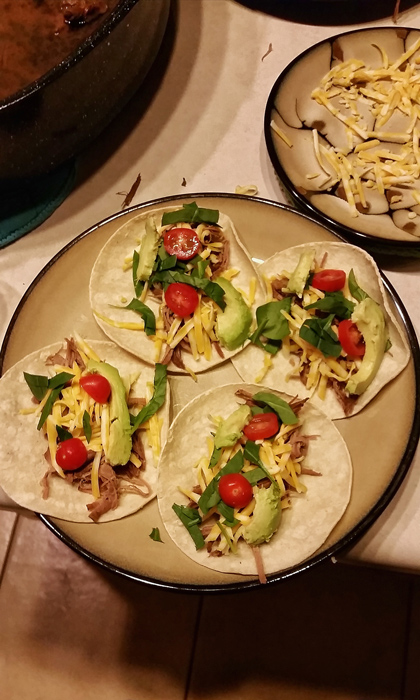 A few years back, I went on a local hunting forum to ask for advice on cooking javelina. One of the responses I got back went a little something like this: Throw the javelina on the grill to give it a nice charcoal outside, dig a hole, throw the javelina in the hole, fill the hole back up, and go to the nearest burger joint instead. Hearing this was pretty discouraging because I knew there were folks out there who knew how to cook peccary and enjoyed eating it. After some digging, I found out that it really doesn't have so much to do with how you cook the meat as much as it does how you handle it in the field. Remember that scent gland I told you about earlier? Well, if you touch your knife to the hide, which smells like the scent gland, and then touch the meat with that knife, you will undoubtedly taint the meat. It will end up tasting how a javelina smells, which is basically like a skunk.

In order to avoid this, I started using two different knives when cleaning a javelina. If you run a replaceable knife like a Havalon, then the blade can just be switched out after you skin it. If you can avoid the cross-contamination, these little buggers do well with slow cooker meals, such as shredded beef recipes, sausage/chorizo, and I have even heard of people just throwing them straight on the grill as steaks with no complaints. So, are they edible? The answer is absolutely. My favorite way to cook them so far is by slow cooking for hours on end until the meat falls off of the bone. After that, I will shred it up, throw some of my favorite bbq sauce in and BAM! Shredded BBQ javelina sandwiches. 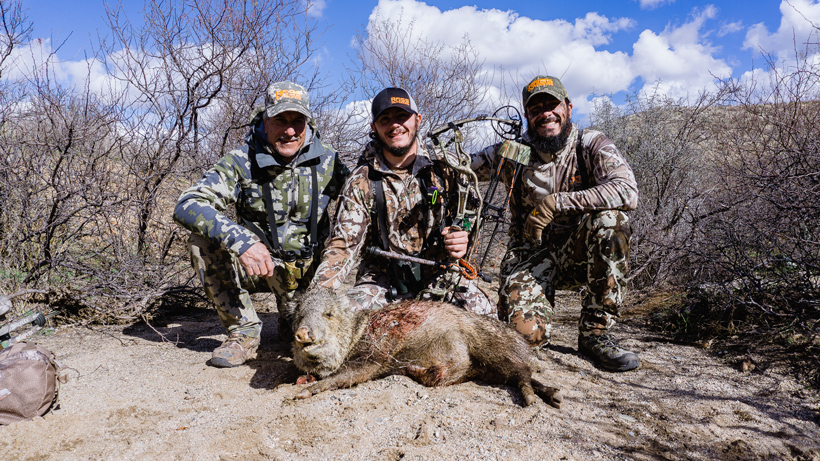 When I think of javelina hunting, I just think of plain old fun. I take these hunts a lot less seriously than my other ones and, to be honest, that is a welcomed feeling. It's another opportunity to get out in the hills and spend time doing what I love with people that I love. Setting up a nice camp, glassing for animals and enjoying talks around a blazing fire at night— those are irreplaceable moments that will always have a place in my memory bank. I hope after reading this I have encouraged you to try your hand at javelina hunting. They are such a unique looking animal and are incredibly fun to hunt. That's what this is all about right? Having fun?