Altitude sickness and how to prevent it while mountain hunting 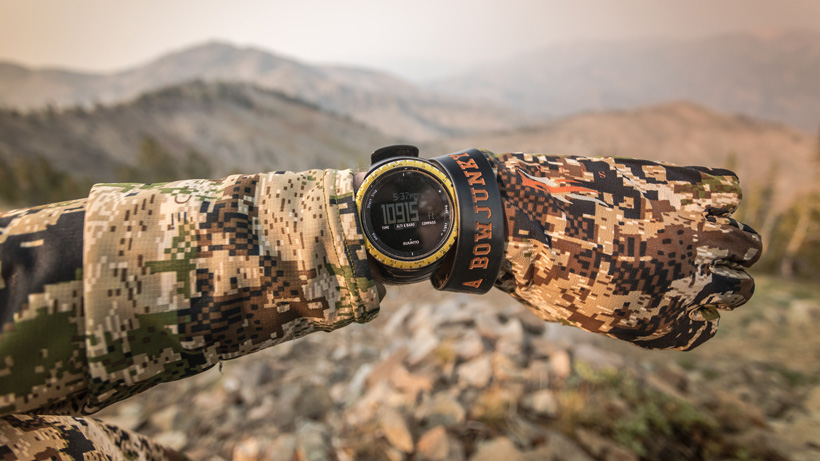 Hunting at high elevations can be very rewarding. But some caution should be taken. Photo credit: Brady Miller

When preparing for a high country hunt it’s important to take into consideration the various high altitude illnesses that can sneak up and end a hunt before it ever begins. By knowing what to look for and how to prepare for a hunt at altitude, you can successfully ward off each illness that can be life-threatening. High altitude illnesses, which are also referred to as acute mountain sickness, high altitude cerebral edema, and high altitude pulmonary edema, are all caused by low levels of oxygen in the air and will ultimately lead to low levels of oxygen in your blood. 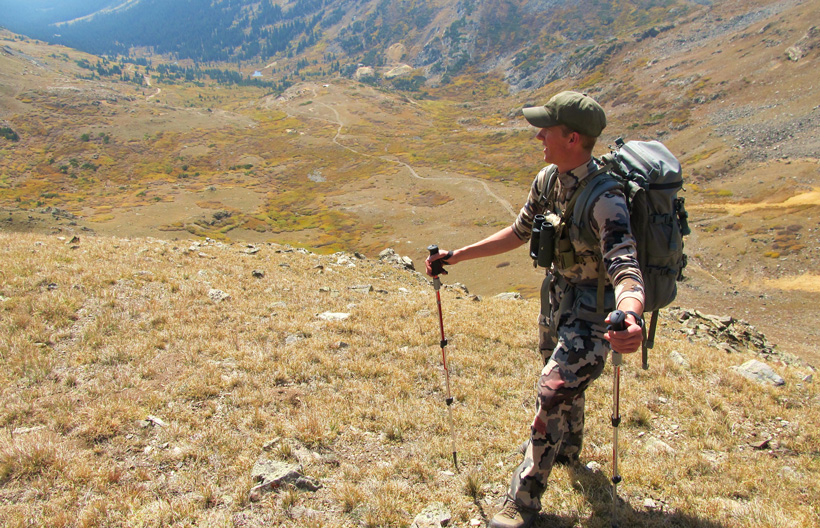 All other photo credits: Tyler Preszler

Ultimately, our goal is to reduce our risk of developing an altitude-related illness. This can be achieved by increasing our knowledge and awareness of the signs and symptoms of any impending issues. Prescription medications are also available to aid in the prevention of an altitude illness as well as treatment for these illnesses (more on this later).

Symptoms of AMS typically occur within the first six to 12 hours and are often the worst after the first night. They can range from mild to severe and frequently mimic the feeling of a hangover. Symptoms typically resolve within 24 to 48 hours without further ascent. However, symptoms can return if you do ascend to higher altitudes. Typical symptoms of AMS include:

The best way to avoid AMS is by ascending slowly, which might be difficult in most hunting scenarios due to limited days afield and short-season dates. Current recommendations are to avoid sleeping over 9,000’ on day one and to not increase sleeping altitude by more than 1,600 feet per day. Some of the best thoughts are to hunt high and sleep low, avoid alcohol and avoid the use of any sleep aids while adjusting to the altitude. While a slow ascent might be unrealistic for most hunting situations, it is the best way to avoid AMS. However, there is still hope if a slow ascent is unavoidable. For a rapid ascent, the best way to decrease the risk of AMS may be to take preventative medication, which is available through your family practice provider. There are currently two primary medications that are used in preventing AMS: acetazolamide and dexamethasone. Acetazolamide is the gold standard for preventative management of AMS. The goal of taking acetazolamide is to prevent any AMS symptoms from ever occurring by increasing your rate of acclimation to altitude. Current recommendations are to take 250 mg twice daily starting the day before a planned ascent. This dose is to be continued for 24 to 72 hours once you are at your highest planned sleeping altitude. Acetazolamide is a mild diuretic, which will result in you having to go to the bathroom more frequently. If acetazolamide failed to prevent symptoms of AMS, dexamethasone is now your medication of choice. Taking dexamethasone will reduce the symptoms of AMS. It can be taken alone or in combination with acetazolamide. Current recommendations are to take 4 mg oral or intramuscular every six hours for one to two days.

If preventive medications and a slow ascent fail to keep away AMS, the best treatment option is to rest without any further ascent until symptoms resolve. Other treatment options are all aimed at symptom management. You can take over-the-counter medications like Tylenol or ibuprofen for a headache. Prescription medications like Zofran or Promethazine can be used for the nausea/vomiting. If all fails at relieving the symptoms of AMS, you should descend immediately. A decent of 1,600 to 3,200 feet in elevation is usually effective in resolving the symptoms. If these symptoms are ignored, it is possible for AMS to progress into HACE or HAPE (see below).

High Altitude Cerebral Edema (HACE) is a severe form of AMS that can be life-threatening. HACE is a result of leaky capillary beds around your brain leading to an unwanted fluid accumulation around the brain. The incidence of HACE is rather rare, but does range from about 0.1 to 2% while ascending to elevations in excess of 9,800 to 13,000 feet. It can occur in all ages and both genders, but it does tend to have a slightly higher rate for younger males.

If symptoms of HACE occur, they typically happen within one to three days after traveling to an elevation greater than 9,800 feet. Symptoms of HACE are an extension of the AMS symptoms, but continue to progress in severity and get worse with time. The largest difference in HACE is a progressive decline in mental function. Additional symptoms include:

HACE can be prevented by following all the guidelines for AMS prevention (slow ascent, acetazolamide/dexamethasone). As with AMS, if symptoms progress, a descent is warranted as HACE is a medical emergency. Without immediate descent, you increase your risk for life-threatening complications. Descent recommendations are between 1,600 to 3,200 feet or until symptoms subside. If immediate descent is impossible then emergency evacuation is recommended. Other treatment options available until evacuation occurs includes the use of dexamethasone, supplemental oxygen, and a portable hyperbaric chamber. Since the use of supplemental oxygen or a hyperbaric chamber are unlikely on a backcountry hunt, the use of dexamethasone might be life-saving. Current recommendations for dexamethasone use for HACE is to start taking it as soon as symptoms occur. The initial dose is 8 to 10 mg followed by 4 mg every six hours until descent is made. Taking dexamethasone is not a substitute for a descent, but, rather, a temporizing solution until descent or evacuation occurs.

High Altitude Pulmonary Edema (HAPE) is also an extreme form of AMS. Just like HACE, HAPE can be a life-threatening condition that is caused by leaky blood vessels around the lungs leading to unwanted fluid accumulation. While HAPE is extremely rare, it’s typically only seen with rapid ascents at altitudes above 8,200 feet.

Symptoms of HAPE will typically occur within two to four days once at your desired altitude. The main symptom of HAPE is a cough with pink/frothy sputum combined with shortness of breath. The shortness of breath can be so severe that it’s even present while resting. It’s possible these symptoms may occur in combination with any of the AMS symptoms.

Once again, the only surefire way to prevent HAPE is with a slow ascent. While preventative medications can be used for HAPE, they are typically only used if you’ve had a prior history of HAPE. HAPE is also considered a medical emergency. The best recommendations are to descend immediately to an altitude where symptoms resolve. If descent is impossible, then you should consider an emergency evacuation. Just like with HACE, the use of supplemental oxygen or a portable hyperbaric chamber should be considered if feasible. If descent is not possible and oxygen is unavailable then medications like nifedipine, tadalafil, acetazolamide, and dexamethasone might be helpful. 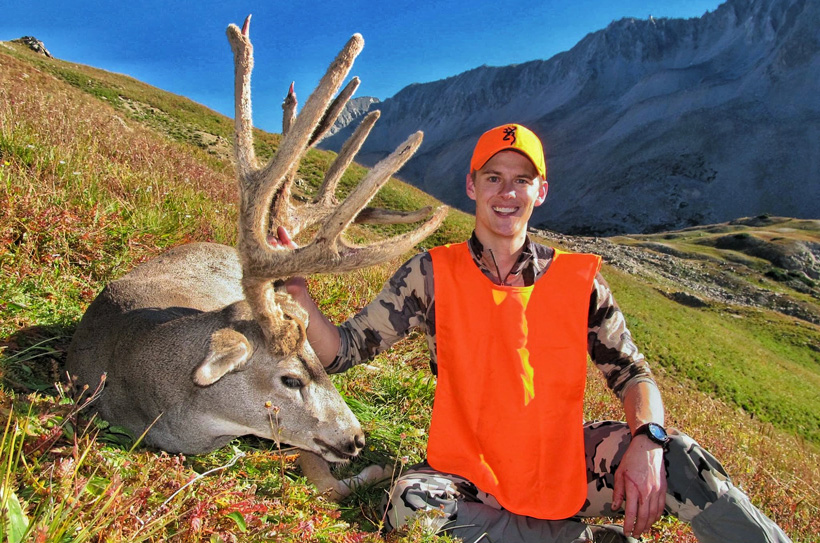 Mountain hunting can take you to some amazing places. You just need to be prepared ahead of time.

Hunting at extreme altitudes can be a fun and rewarding experience. The key is to go in prepared. A slow and gradual ascent to your desired sleeping altitude is the best way to prevent AMS. Do your best to not overexert yourself and stay hydrated. If you decide you want to try prescriptive measures to help, acetazolamide is the drug of choice to help prevent AMS while dexamethasone is the drug of choice to treat the symptoms. If symptoms do occur, it’s best to rest until the symptoms resolve. If symptoms progress into severe exhaustion, confusion, difficulty walking, or pink/frothy sputum, then it’s likely that AMS has progressed to HACE or HAPE and an immediate descent should be planned. Be safe and happy hunting.