Passing on animals while hunting 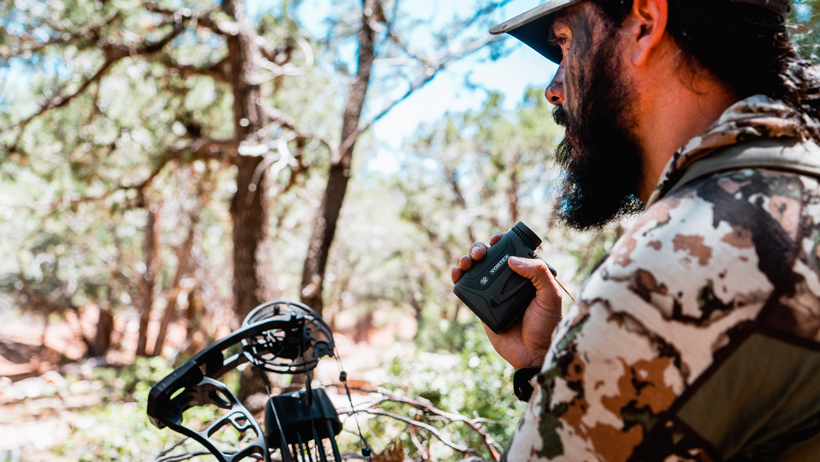 For the entire day, I had been slinking my way around steep Arizona bear country. Most of it was spent predator calling in various locations and scouting out potential water sources to sit. Just before the day’s end, I decided to make my way over to a secondary drainage to have a look. To my pleasant surprise, a beautiful blonde bear walked out across from me at 95 yards. Immediately, I grabbed my predator call to try and close the gap between us for a shot with my bow. While the bear contemplated making the commitment to cross the steep cut, I heard something behind me. Another bear came into bow range searching for the dying rabbit. Everything I had been working towards for months was sitting right in front of me and passing animals at this point was far from my mind. Yet, I didn’t come to full draw and decided to let that bear enjoy the rest of his spring.

Passing animals is something that you hear about quite a bit in hunting media. The why behind it always eluded me because hunting is hard enough as it is. So, in this piece I’d like to dive into that why. Is it pure greed and lust for a bigger animal? Or is there something else behind letting animals walk? 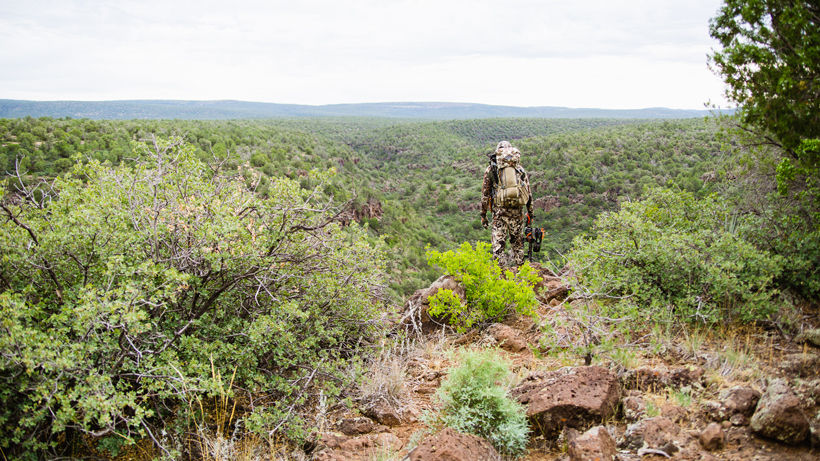 On the surface of the topic at hand, there is a slight hint of greed in the air. At least that’s how it can seem at times. Letting a critter go because their antlers aren’t big enough has a way of sending the wrong message, especially to people outside of the hunting community. It places an undoubted value on the animal’s headgear over the meat, which sounds pretty barbaric, lusting for an animal’s head on a wall. However, I did say this was “on the surface” thinking, especially to an outsider. There is much more to this than meets the eye.

Personal goals and greed should not be confused. There is nothing wrong with someone seeking out a particular sized animal or even a particular animal. As we evolve through our hunting, a lot of us just plain get better at it. So, in the natural progression of things, we try to make things a bit harder. This is similar to a rifle hunter moving to archery. There is more challenge, meaning that tags won’t be filled as quick, meaning more time in the field. And who doesn’t love more time in the field?

For someone that loves hunting to their core, the simple thought of it ending can be enough to not pull the trigger. After waiting and planning all throughout the year, it’s a hard decision to end everything in an instant, especially early in a trip. I had this happen to me on an elk hunt several years ago. A tag that I had waited six years to draw and five minutes into opening morning I called in a bull to 45 yards broadside. There was no way I was going to release an arrow. So, instead, I ended up hunting for 14 days afterwards and didn’t fill my tag. It was a hell of a hunt though. You’re faced with a conundrum in these situations. If the finish line is sitting right in front of you, why wouldn’t you cross it? That’s why you did the race anyway, right? To finish? To run backwards away from that finish line might seem foolish. The fact of the matter is though that some folks just like running. 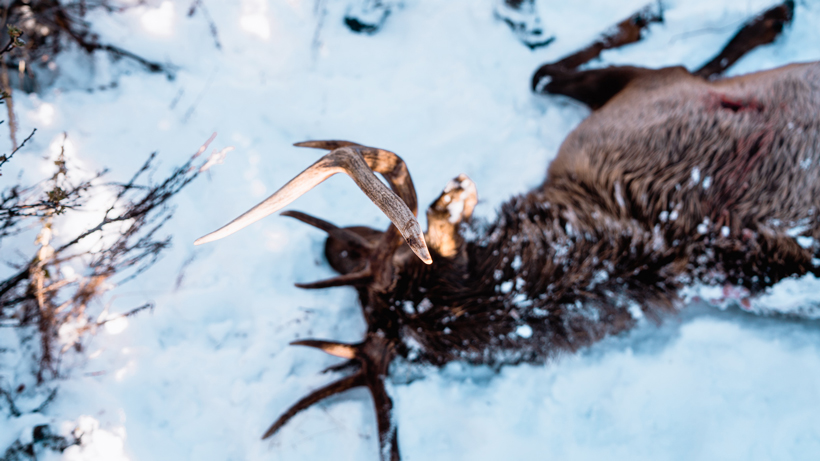 The evolution of a hunter is a very real thing. Right out of the gate, being successful on any animal is at the top of mind. A new hunter just wants to feel that feeling of filling a tag. From there, they move onto focusing on bigger critters. While they still have a huge drive to be successful, doing this keeps them in the field longer. Remember the love we spoke of. After that, mentoring becomes more important than before. Helping and teaching young or new hunters is added into their routine. Watching these folks be successful is almost more exciting than them being successful out there. The more experiences we have with something — and the more time we spend doing it — seems to slow that time down a bit. We see things that we didn’t see before and grow new appreciations when out on hunts. Maybe it’s admiring how stunningly rugged the country is you’ve been hunting for years on end. Or maybe it’s soaking up the look on a new hunter’s face when they hear their first bugle. With time, we evolve. 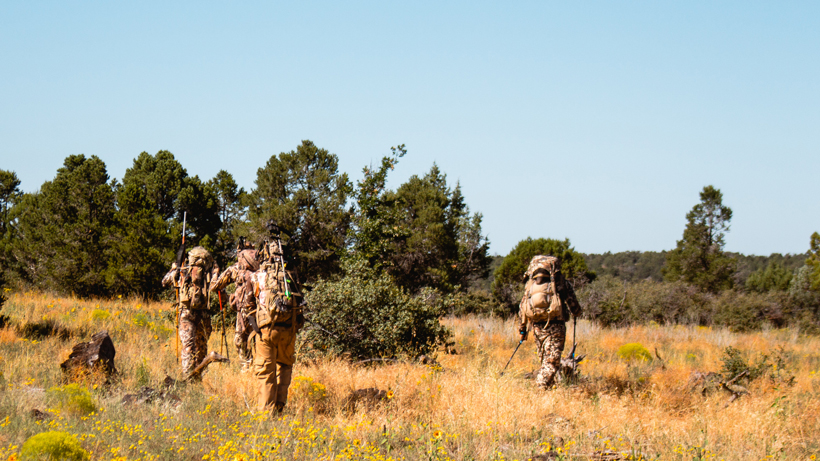 Along with the more personal stuff above, there is also an element of conservation going on here. Let’s look at bear hunting. Big mature boars are notorious for snacking on cubs. Why they do this is up in the air for debate. Some say that it’s in order to put the sow back into heat for breeding. Others say that they’re just trying to make a living and grab a bite to eat. Whatever reason you’d like to believe is fine. The fact is that it happens. By focusing on these animals, we are helping out the cubs and, inevitably, the bear population. When a sow has cubs, she’s going to stay with them for about 1.5 years from their birth. The mother sow won’t go into heat again until they have left and the next breeding season has arrived. So, when cubs are killed, it’s a big deal. Passing on that smaller animal to set your sights on a larger mature one doesn’t just aid in your personal goals, it actually helps the animals themselves. 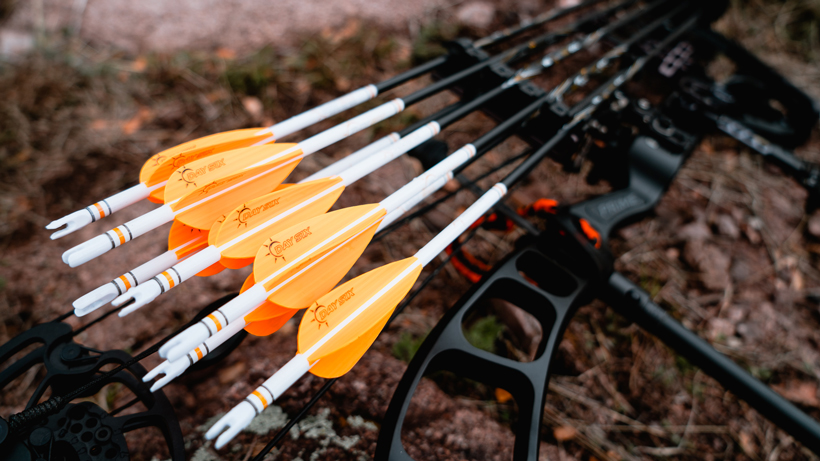 Electing to not even pull my bow up on that black bear was quite striking to me. It was the first time that I had ever been presented with an opportunity on a bear within bow range that I didn’t come to full draw on. All of the scouting and pre-grind was right there for the taking. Yet, I decided not to take it. Instead, I watched how the young boar tasted the air and effortlessly floated across the very ground I was standing on. I watched the creases in his snout retract after sniffing the ground. And, then, there he was, standing on his hind legs looking for a bite to eat from the local vegetation. As quickly as he snuck up behind me, he then sauntered off and out of my life. That moment was bigger to me than sending an arrow his way. Passing animals isn’t nearly all about the next big critter. No, I’d say it’s a bit more than that.